The Cold War International History Project
(CWIHP) was established at the Woodrow Wilson International Center for Scholars in Washington, D.C., in 1991 with the generous support of  the John D. and Catherine T. MacArthur Foundation. The project supports the full and prompt release of historical materials by governments on all sides of the Cold War, and seeks to disseminate new information and perspectives on Cold War history emerging from previously inaccessible sources on "the other side" -- the former Communist bloc. This web site is the latest initiative taken by CWIHP to make available these documents.

The National Security Archive
The National Security Archive combines a unique range of functions in one non-governmental, non-profit institution. The Archive is simultaneously a research institute on international affairs, a library and archive of declassified U.S. documents obtained through the Freedom of Information Act, a public interest law firm defending and expanding public access to government information through the FOIA, and an indexer and publisher of the documents in books, microfiche, and electronic formats.

Federation of American Scientists Project on Government Secrecy
Through research, advocacy, and public education, the Project on Government Secrecy works to challenge excessive government secrecy and to promote public oversight. The Project supports journalists and fosters enhanced public awareness of secrecy issues through publication of the Secrecy & Government Bulletin. In the current year, the Project is working in particular towards a favorable resolution of the various secrecy reform initiatives and their successful implementation.

International Institute of Social History
The International Institute of Social History (IISH) was founded in 1935. It is one of the world's largest documentary and research institutions in the field of social history in general and the history of the labour movement in particular. Most of the collections are open to the public. The site also containts the ArcheoBiblioBase information system on archival repositories in the Russian Federation, maintained by Patricia Kennedy Grimsted in collaboration with Rosarkhiv, the Federal Archival Service of Russia.

Hoover Institution Archive, Stanford University
The Hoover Institution Archives has acquired an array of approximately 4,500 manuscript and archival collections relating to social, political, and economic change in the twentieth century. Coverage is global in scope with special area collections on Africa, the Americas, East Asia, Europe, and the Middle East, as well as Russia/Commonwealth of Independent States.

The Parallel History Project
The Parallel History Project provides documentation and further information about the development of NATO and the Warsaw Pact during the Cold War, their mutual threat perceptions and military plans, and their significance for our time. It presents new evidence from the archives of both NATO and former Warsaw Pact countries with critical commentaries and encourages declassification of still inaccessible documents.

Hannah Arendt Institute for Research on Totalitarianism
The Institute, located at the University of Dresden, seeks to declassify East-German intelligence documents. Also known as the "Gauck Authority." In German. 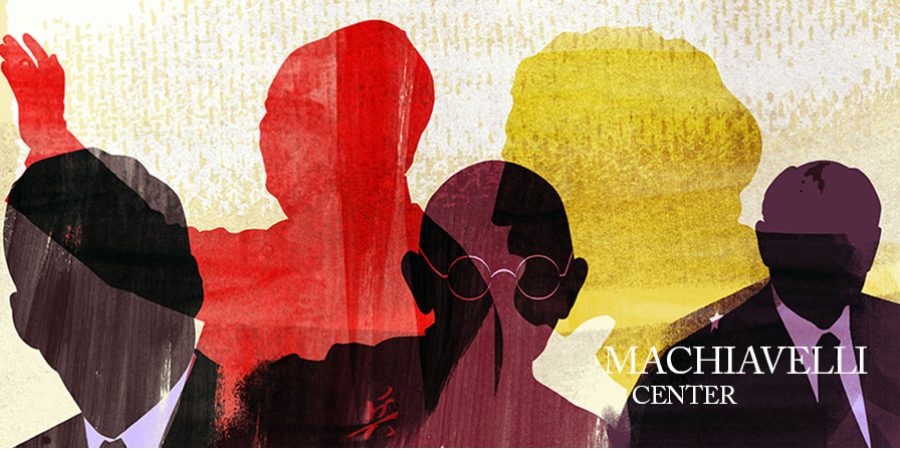 The Machiavelli Center for Cold War Studies
After many years of close but informal cooperation, in the year 2000 a group of Italian Cold War historians decided to set up a formal arrangement in order to coordinate their research projects and link their efforts to the international programs studying the same historical period. This led to the creation of an inter-university center which - when the never-ending bureaucratic procedures are completed - will unite a number of Departments from the Universities of Florence, Padua, Pavia, Perugia, Roma Tre, and Urbino. The project rotates around the activities of the Dipartimento di Studi sullo Stato of the University of Florence, perhaps the most important Academic institution for international studies in Italy and certainly the core of a large network of international Academic contacts. The Nuremberg Project
The Harvard Law School Library's Nuremberg Trials Project is an open-access initiative to create and present digitized images or full-text versions of the Library's Nuremberg documents, descriptions of each document, and general information about the trials.

History in Resources -- Guide to Websites on the Cold War