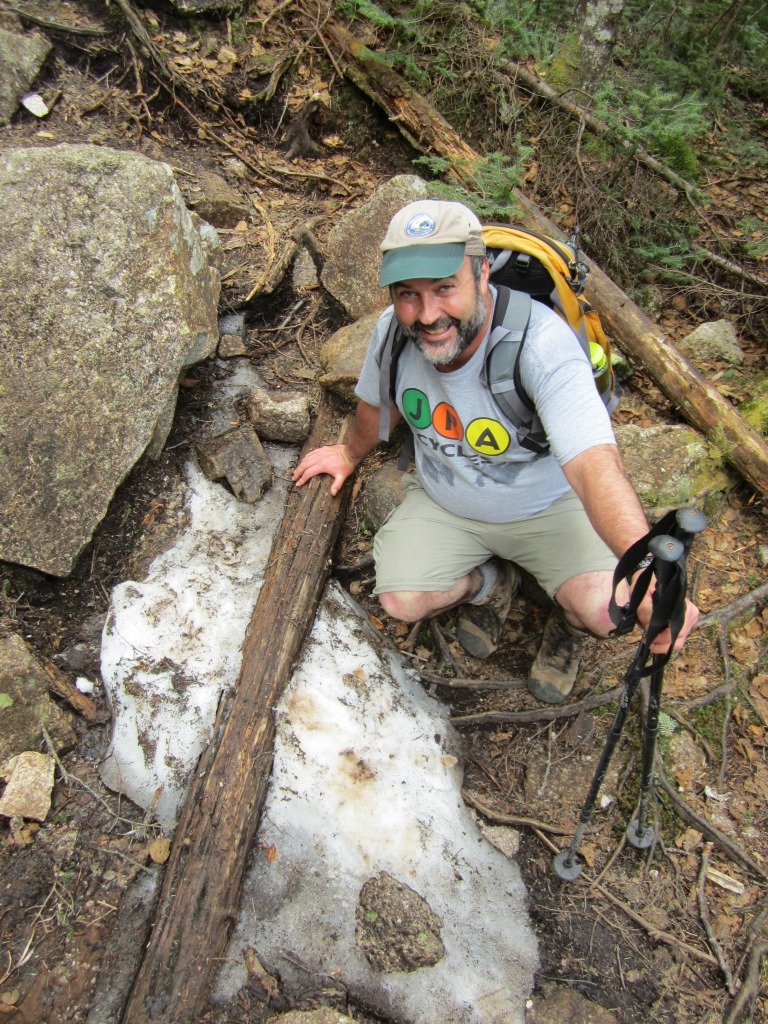 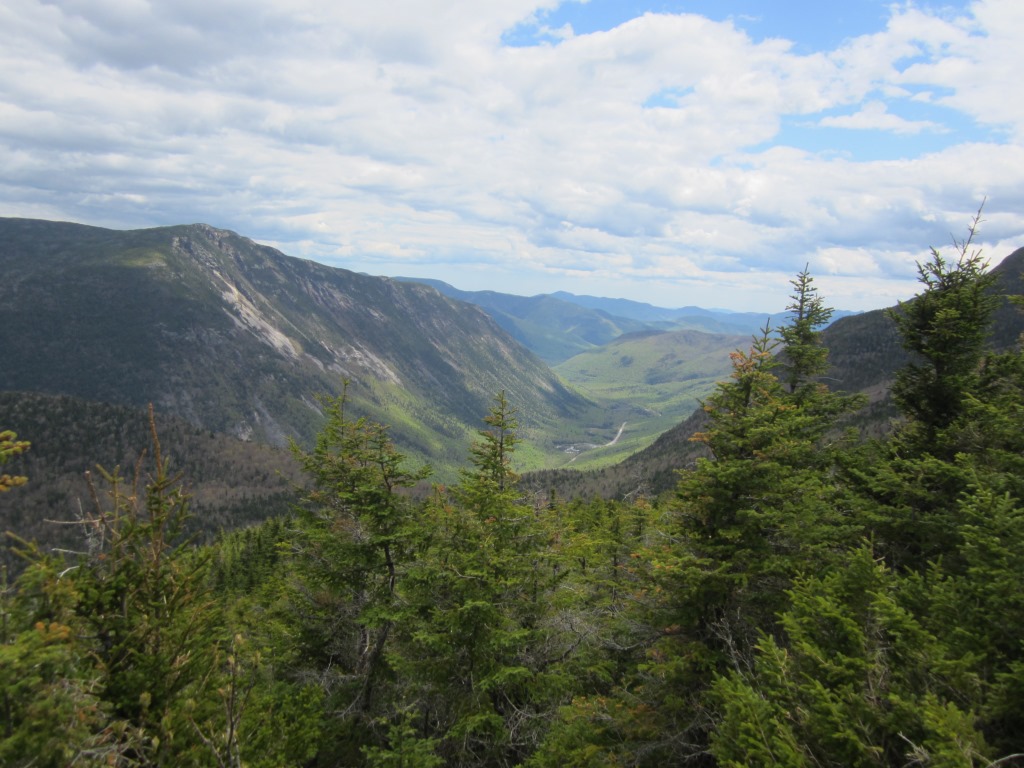 I started off this hiking season with a medium hike to Mt. Avalon (3,400') and on to Field (4,200'). The Weber family joined me to Avalon and from there I continued solo. There were quite a few people around on this beautiful Saturday. The first snow was at 3,000' (left). The top of Avalon has beautiful views for moderate effort, including of the classic U-shaped valley below Crawford Notch (right). 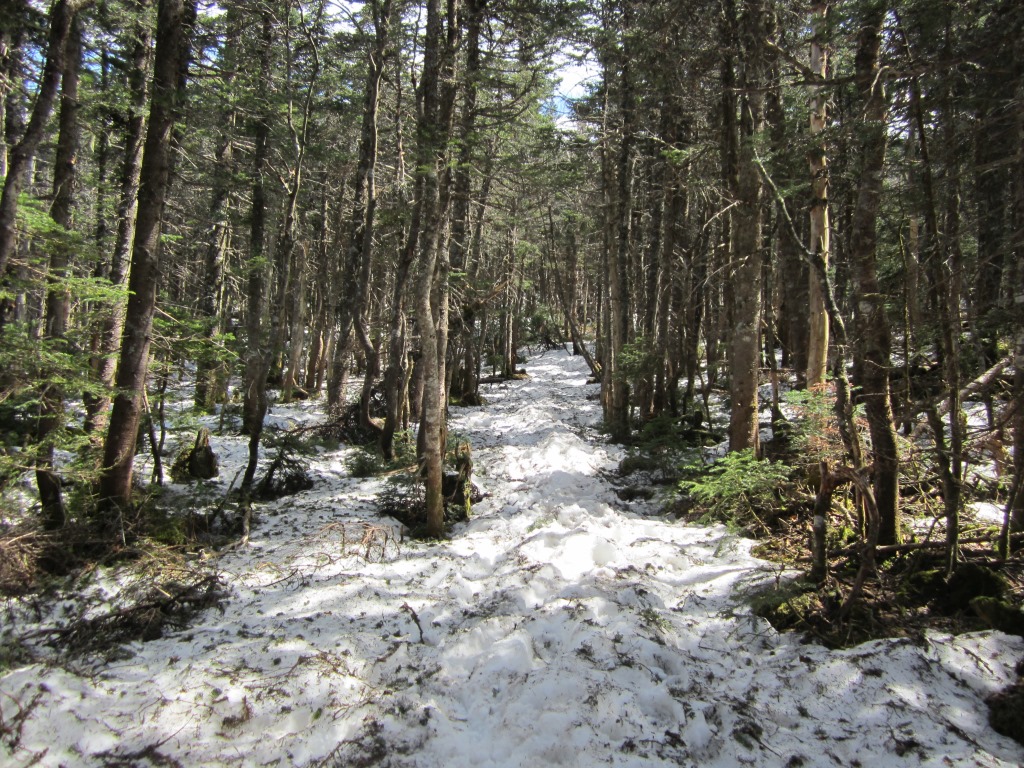 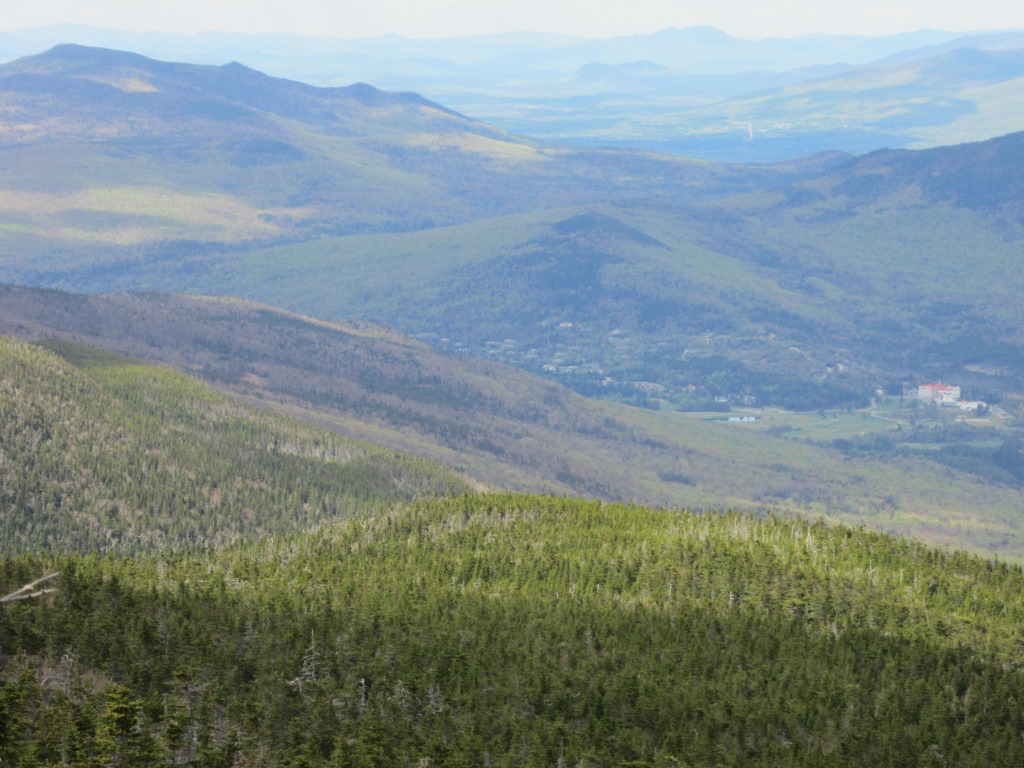 From there the climb to Mt. Field continues at fairly easy grades. Above 3,700' there was a steady snowpack on the trail, and above 4,000' I was in winter again (left). The top of Field has a natural view towards the Zealand valley and the Bonds to the west, but also a man-made view to the northwest where trees have been cut, giving a magnificent perspective on Bretton Woods (right). 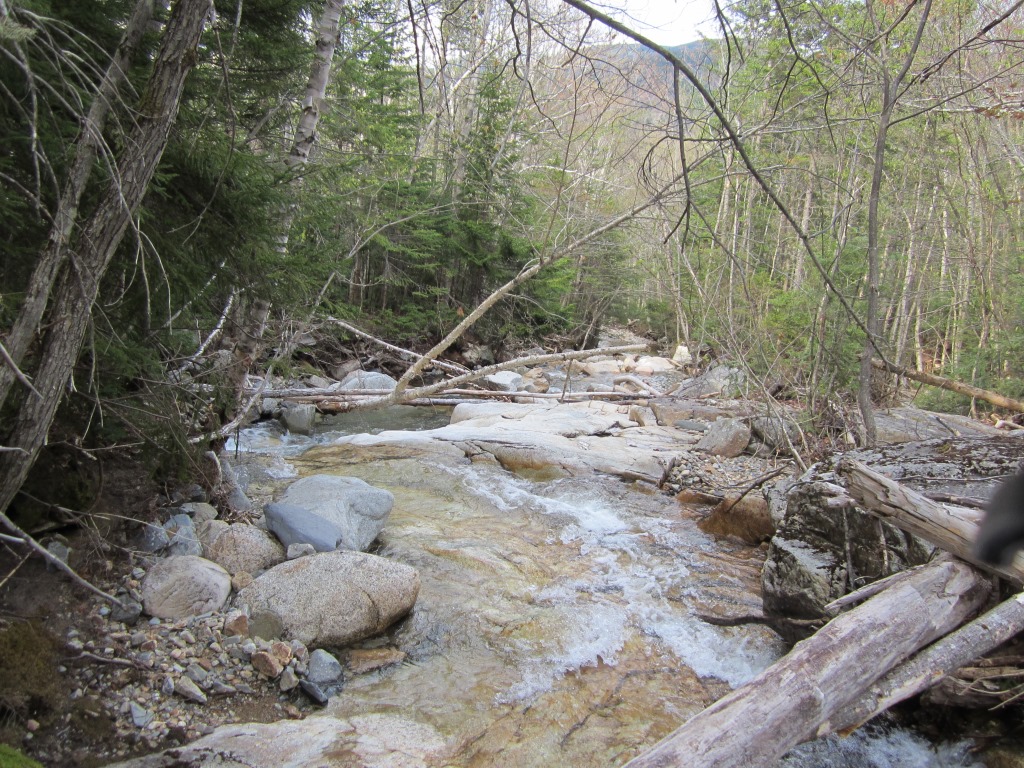 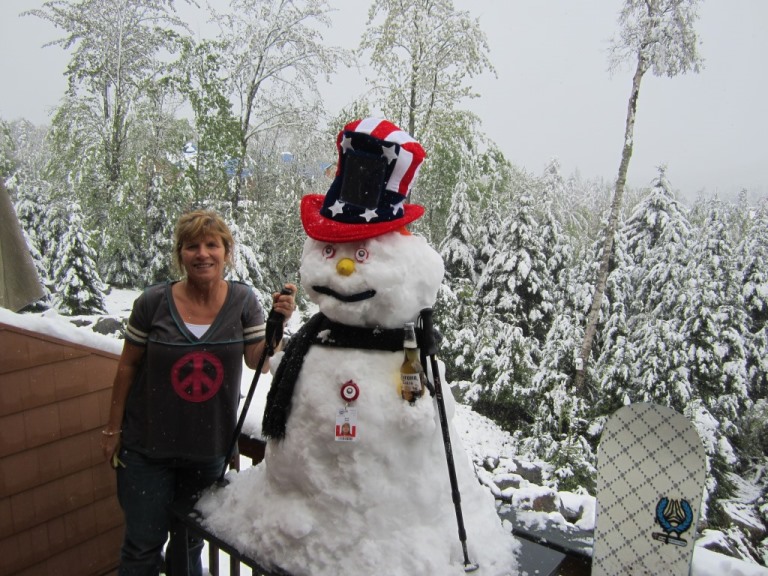 I had considered doing a round-trip to Mt. Willey along the ridge, but there was too much snow so I gave up on the idea and went down to the Field-Tom col and from there back by the A-to-Z Trail. Just after the trail rejoins the Avalon Trail there is a crossing of Avalon Stream. There was a lot of water and I bushwhacked my way back to the trailhead along the stream. That was a lot of fun (left) , taking me through a succession of pools and cascades. I thought we were done with snow for the season but a week later we had four inches of new snow down in Bretton Woods (Janice with friend at right).