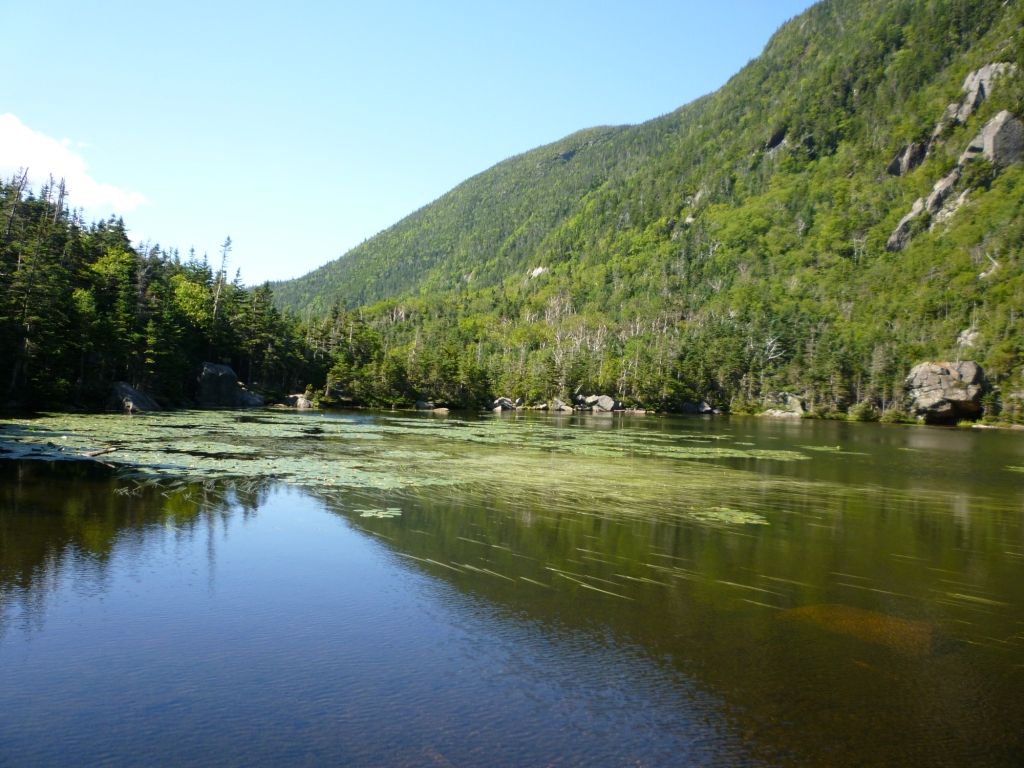 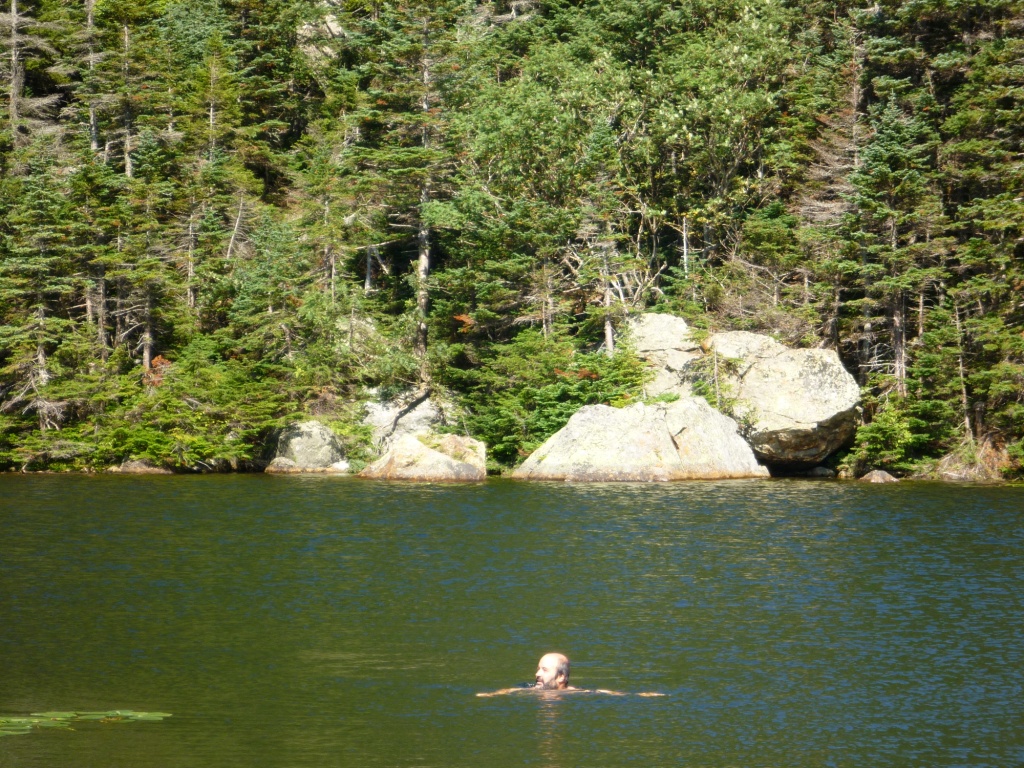 Back in September 2003 Janice and I took the kids for an overnight at Carter Notch Hut, from which Oscar and I went on to Carter Dome and Mt. Hight the following day. I had not been there since. On this day Alex and I did the loop up the 19-Mile Brook Trail to the hut, then to Carter Dome and Hight by the Carter-Moriah Trail and down by the Carter Dome Trail. Going up we met a Forest Service crew of two sent to maintain the Carter Dome Trail and showing markedly little enthusiasm about it - it gets old fast, they said, and they would much rather be fighting fires out west and making serious dough. So much for my AMC volunteer spirit. At 3,100 ft we got to the height of land at Carter Notch and the beautiful Carter Lakes. Upper Carter Lake was deep and clear (left), perfect for a swim (right). 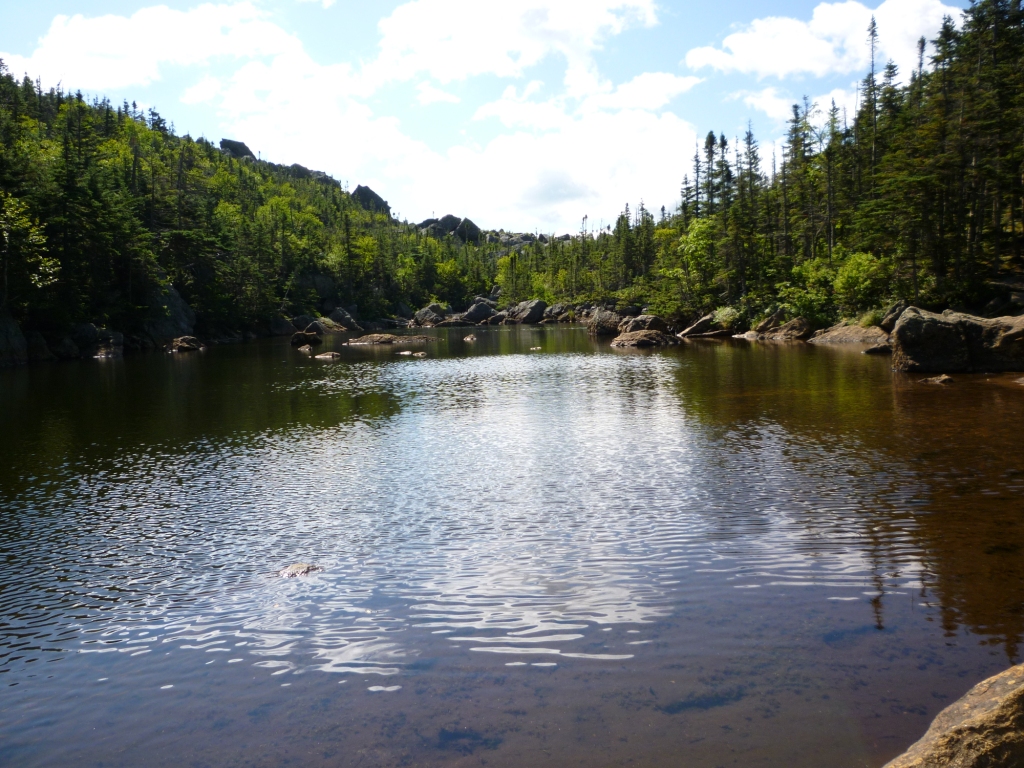 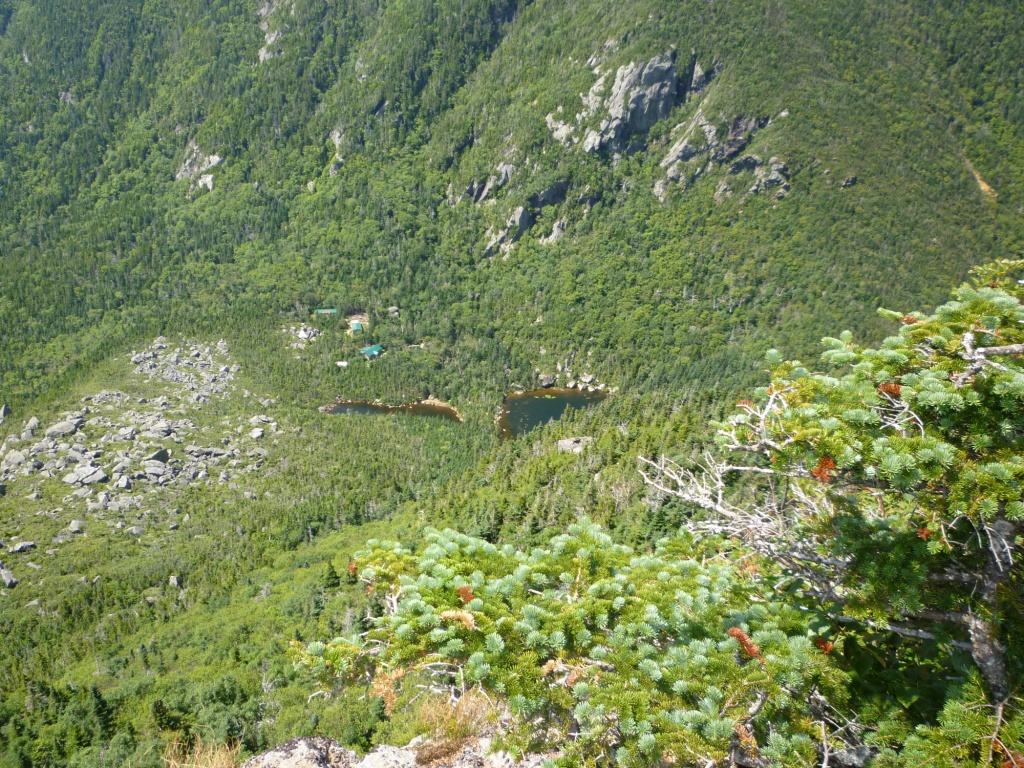 Just a few hundred feet down the trail was Lower Carter Lake (left), with a nice beach on its side, but shallower than the upper lake so less inviting for a swim. We don't have many lakes in the White Mountains so these are a treat. We pushed on to the hut nearby and looked around; the cabins seemed to have been just done over and smelled of fresh wood, very nice. We then proceeded to the very steep climb to Carter Dome on the north side of the notch. The climb offered spectacular views of the lakes down in the Notch (right) with the massive rock slide to the east, called the Rampart, which originally produced the lakes. 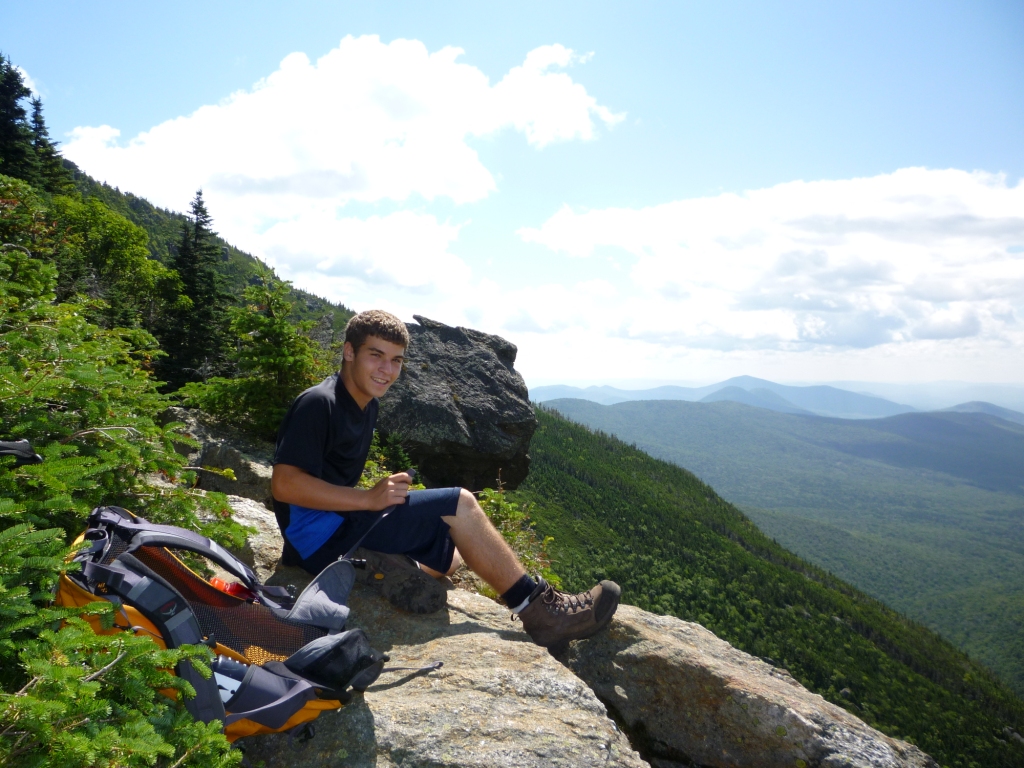 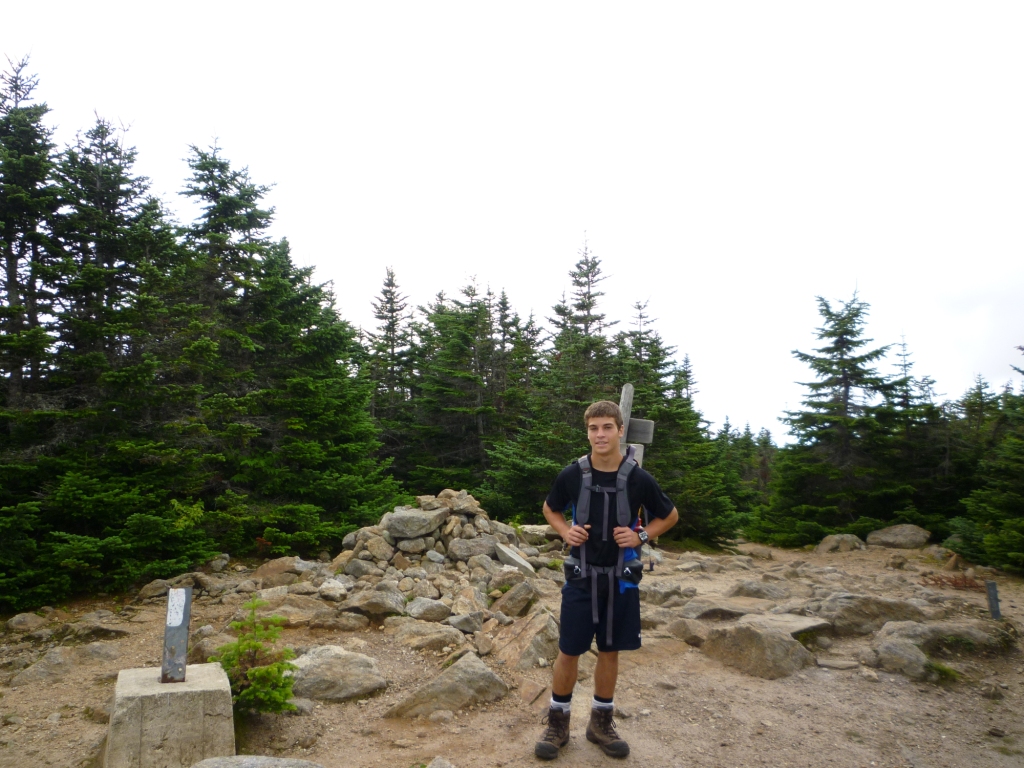 At 3,900' we got on a ledge (left) that had great views and gave us a chance to rest a while before proceeding to the rest of the climb. Above that the grade eased and we finally got to Carter Dome (4,800'). There wasn't much of a view at the top itself (right) - it's a flat area ringed by trees with the remnants of an old fire tower and broken glass. We ran into our Forest Service crew again at the top, puffing on cigarettes. They told us that clearing Carter Dome Trail was too much work so they would come back with a bigger crew and chainsaws. I asked about the broken glass and they said it was from the fire tower - "very old". I checked my guide which said that the tower had been dismantled in 1947 - this was very old litter indeed! 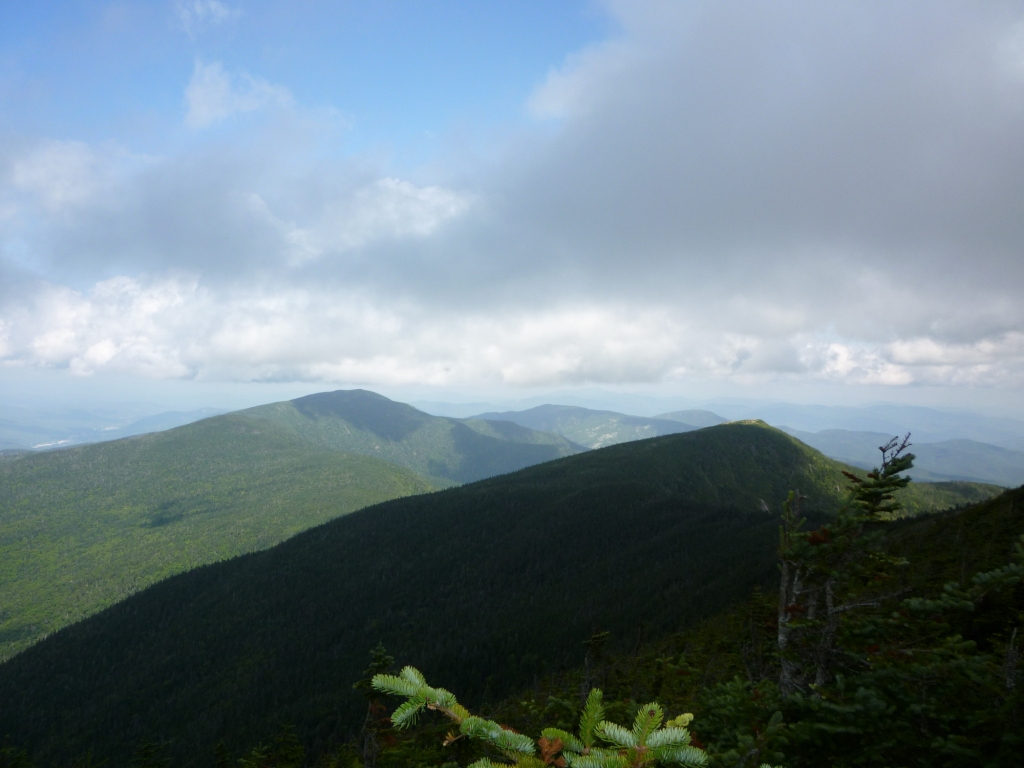 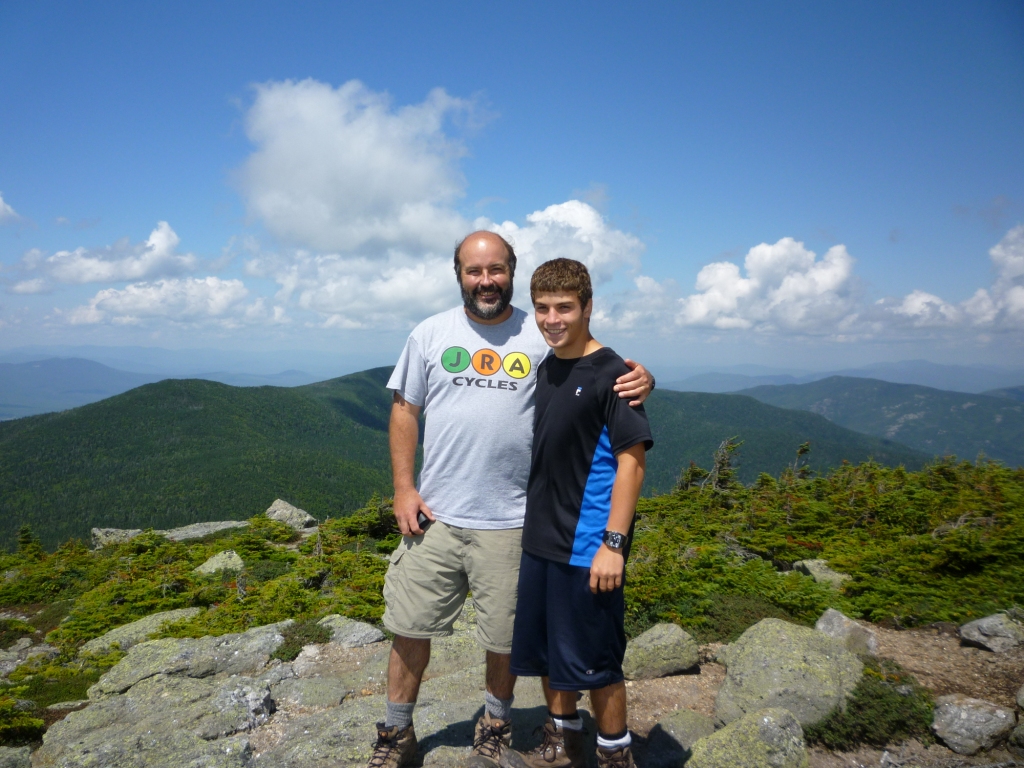 Carter Dome was #32 on Alex's list of 4'000 footers in New Hampshire - two thirds done, sixteen to go! Although the summit of Carter Dome is wooded, there are nice outlooks on the sides. The view of the Carters looking to the north was spectacular (left). There was also a great view of the east side of the Presidentials but they were socked in fog. We proceeded on to Mt. Hight in the hope that the fog would clear. Mt. Hight (4,600') is a shoulder of Carter Dome blessed with an open summit and 360o views - an obligatory detour. We posed for a picture at the top (right) and stopped for lunch. The mountain was carpeted in blueberries. 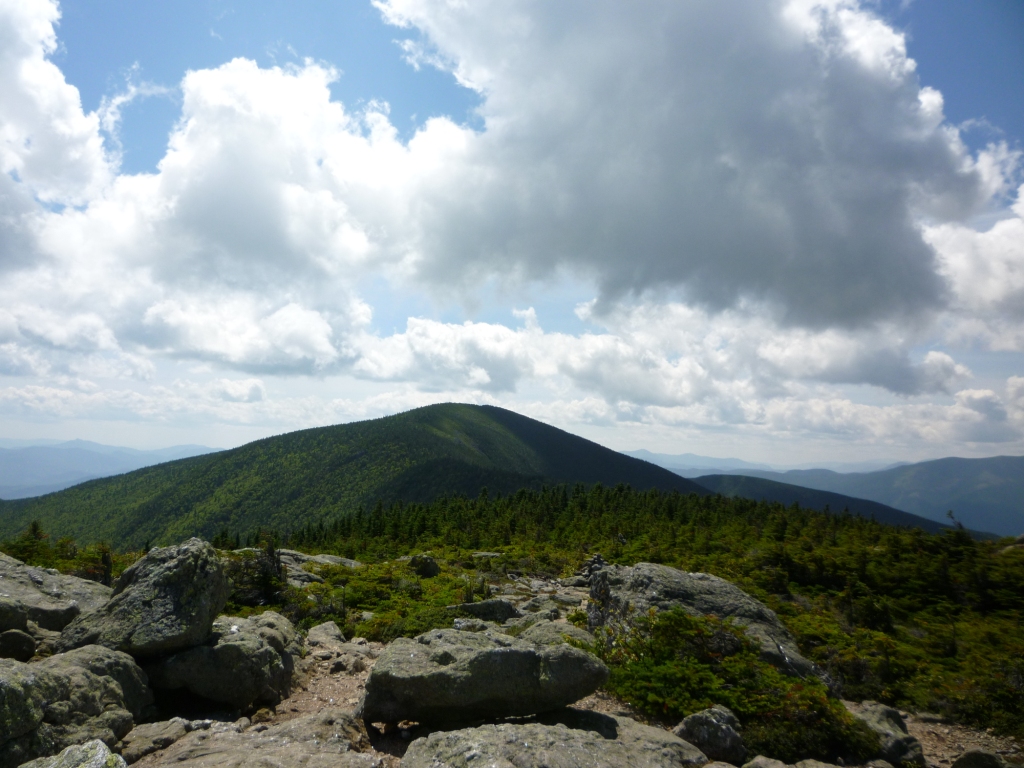 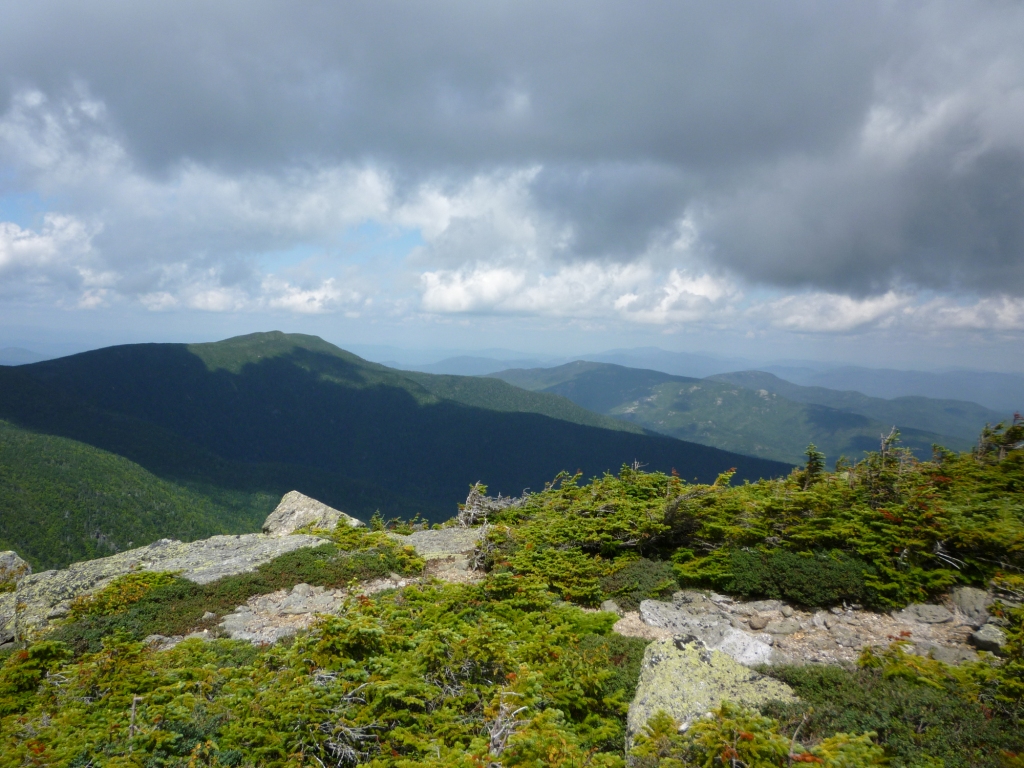 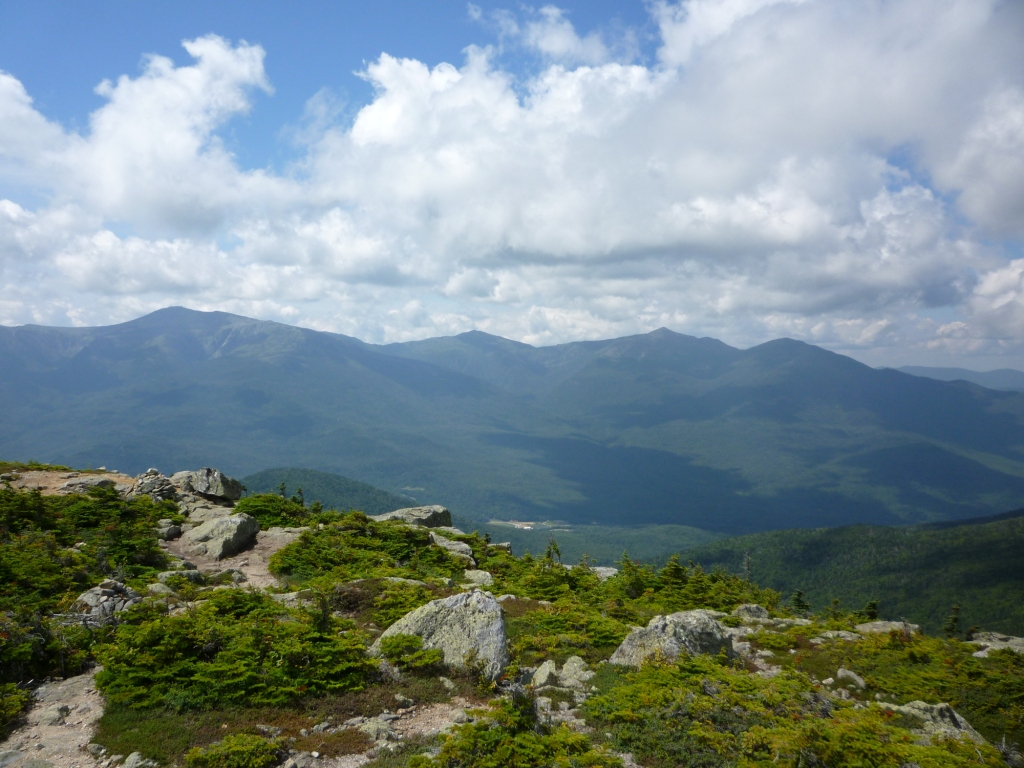 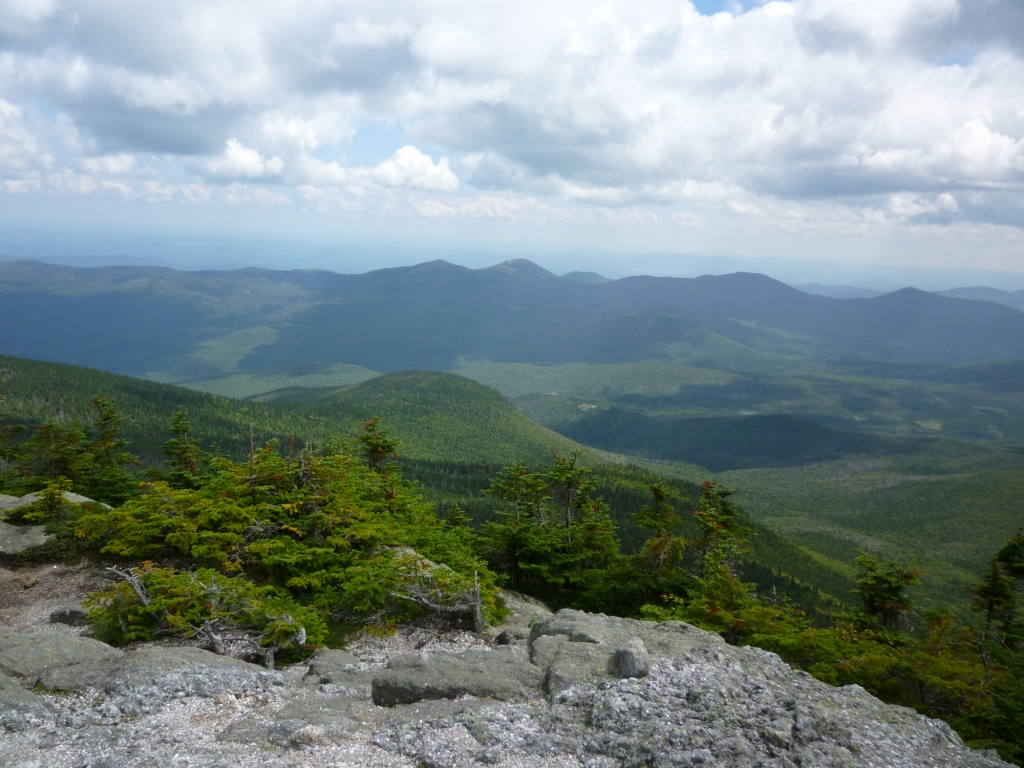