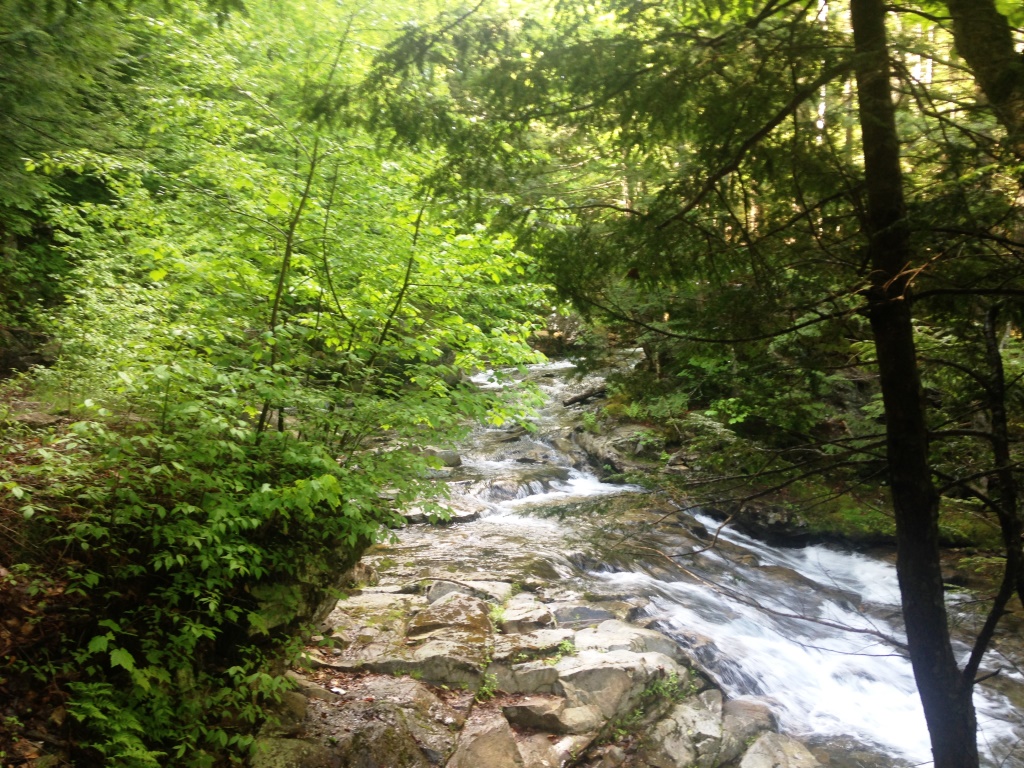 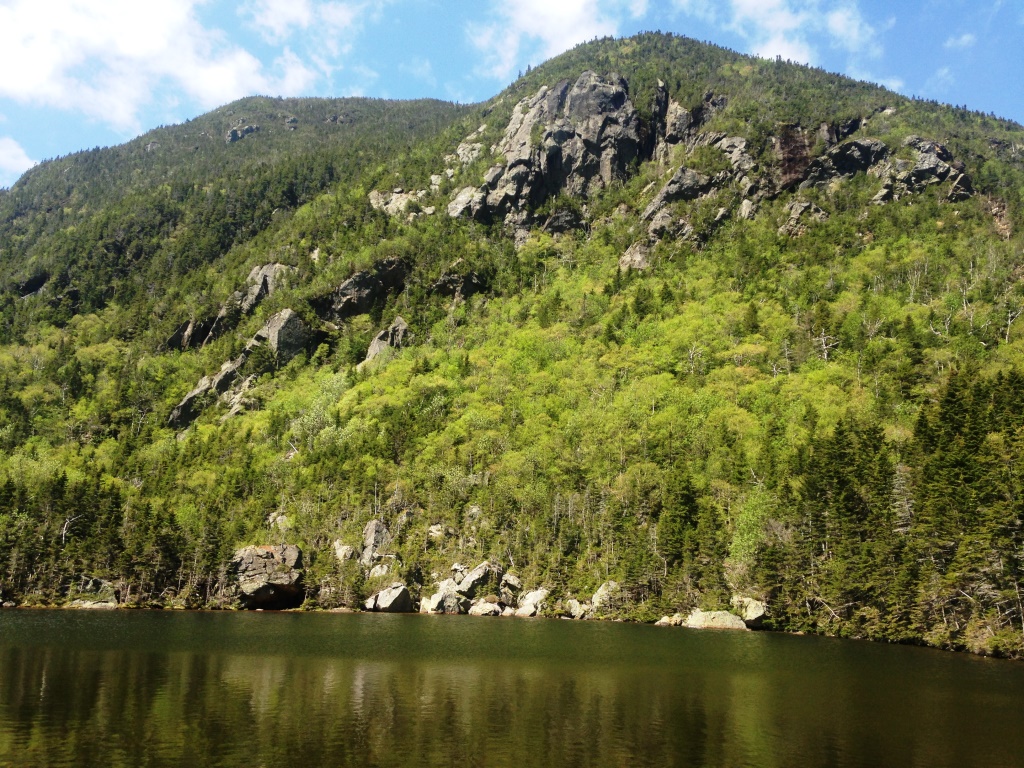 Long hike with Peter Wyatt today, up 19-Mile Brook Trail to Carter Notch and Carter Dome, and on to South and Middle Carters before heading down by the Imp Trail. Last time I did this was in 2010-2011 in two separate hikes with my son Alex, Carter Dome and the Carters. Lots of water in 19-Mile Brook (left). At Carter Notch we checked out the two lakes (right and below left), still too cold for a swim. We spent some time around the hut, very nicely renovated. 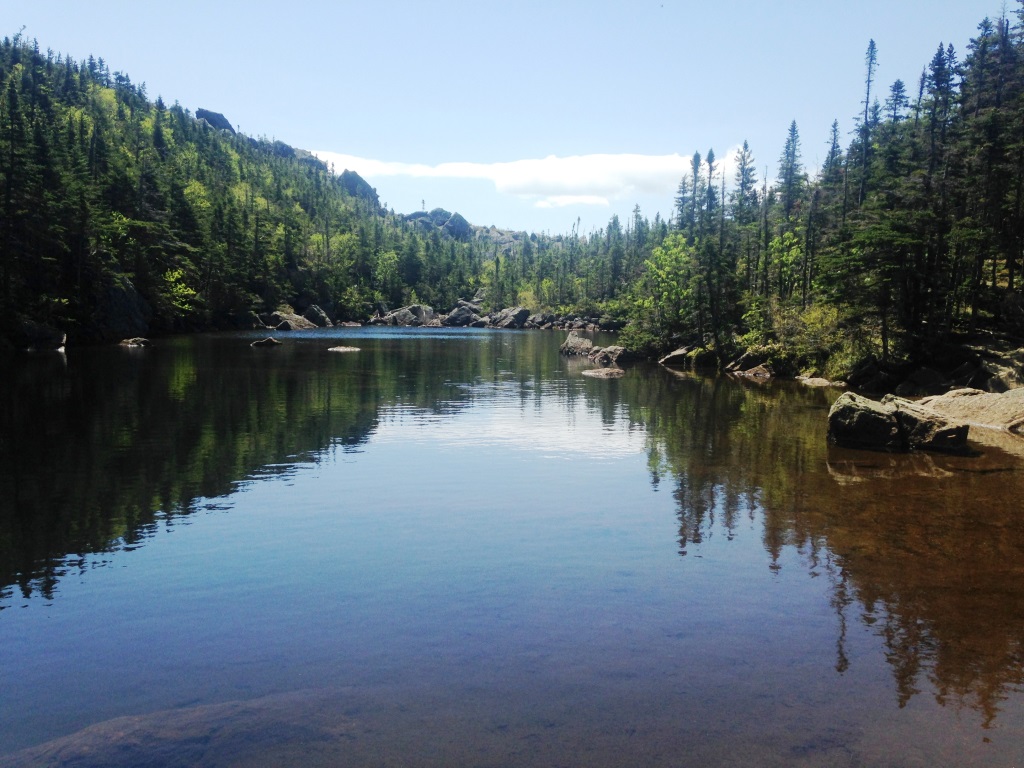 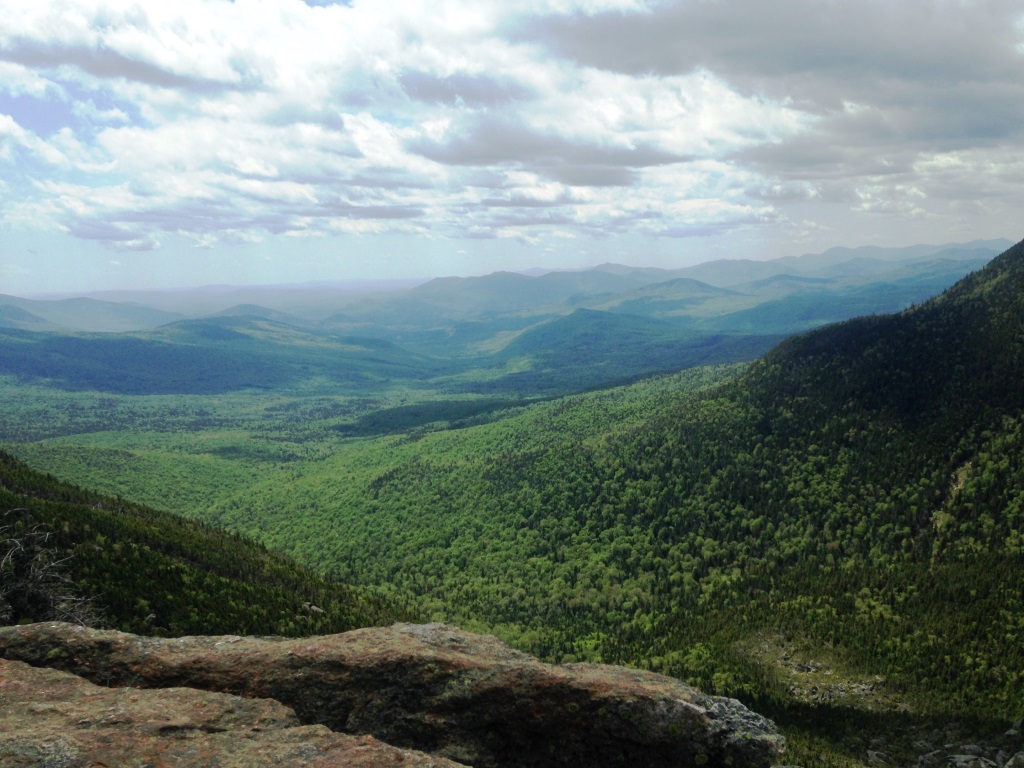 We then went up Carter Dome. The trail climbs 1,600 feet in 1.2 miles so this is seriously steep but the footing is very good. Somewhere along the way there is an outlook down to the Notch and east to the Wild River Valley (right). After that the grade eases a bit and one climbs through a beautiful succession of spruce forests. There were a few patches of snow left. 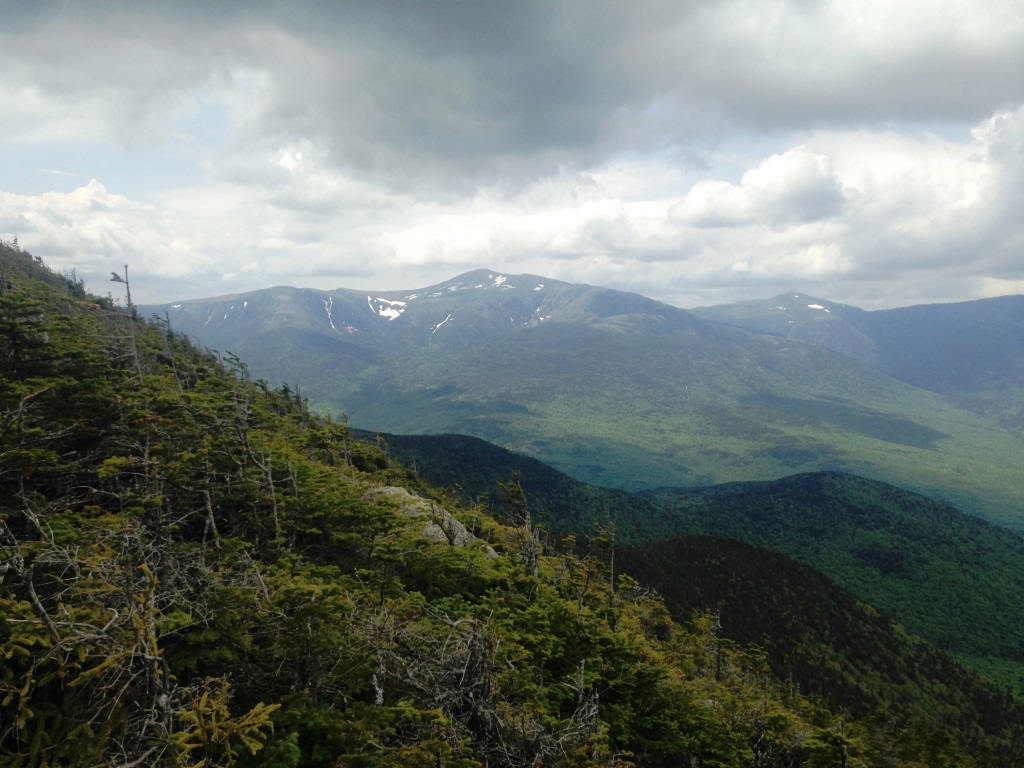 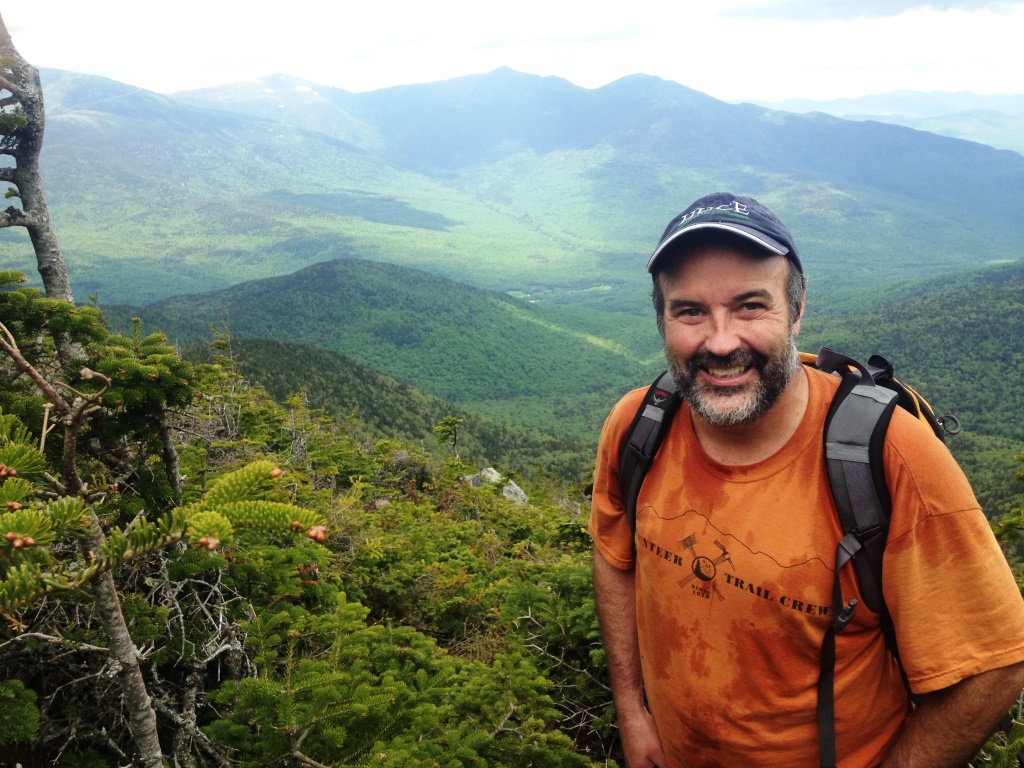 The top of Carter Dome is a flattish area with broken glass â€“ remnants of a fire tower dismantled in 1947. There are no expansive views that one might expect from a 4,800-foot mountain but a few good outlooks (left). There was still quite a bit of snow on top of Mt. Washington. We didn't hang around long because the black flies were bothersome in the sun (June + sun + mountaintop + weak wind = black flies). From there we went to Mt. Haight, which at 4.600 feet does not count as a 4,000 footer because it does not have enough of a col with Carter Dome, but has much better views. By then the skies had clouded up and the wind had picked up and the black flies were gone. 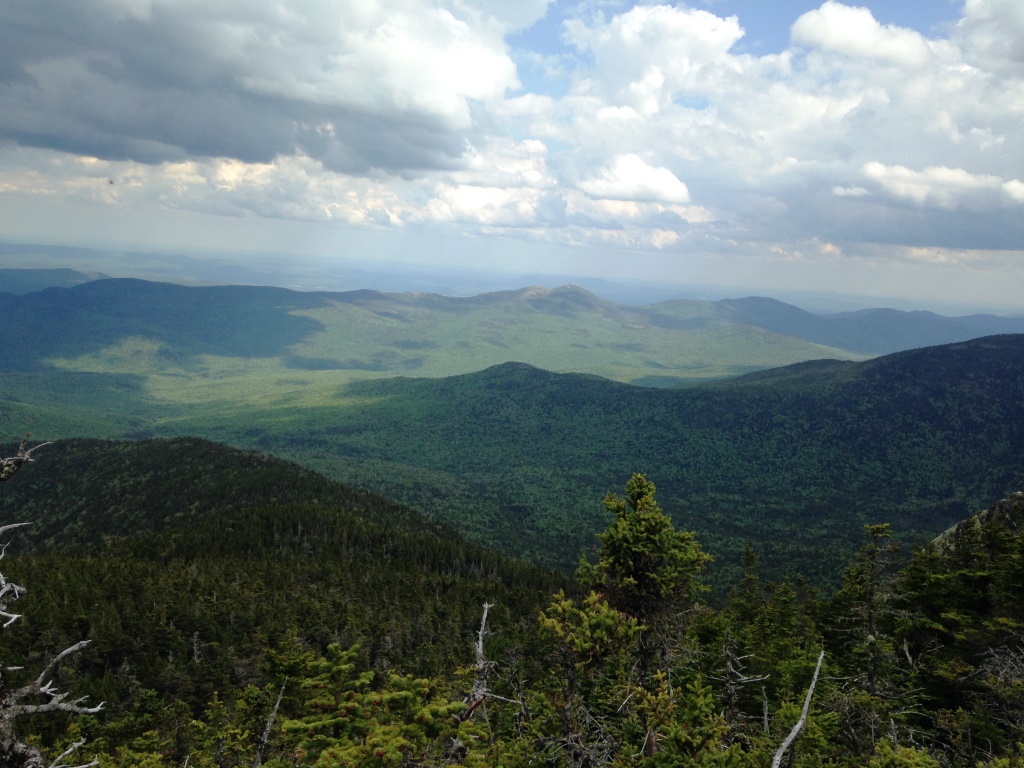 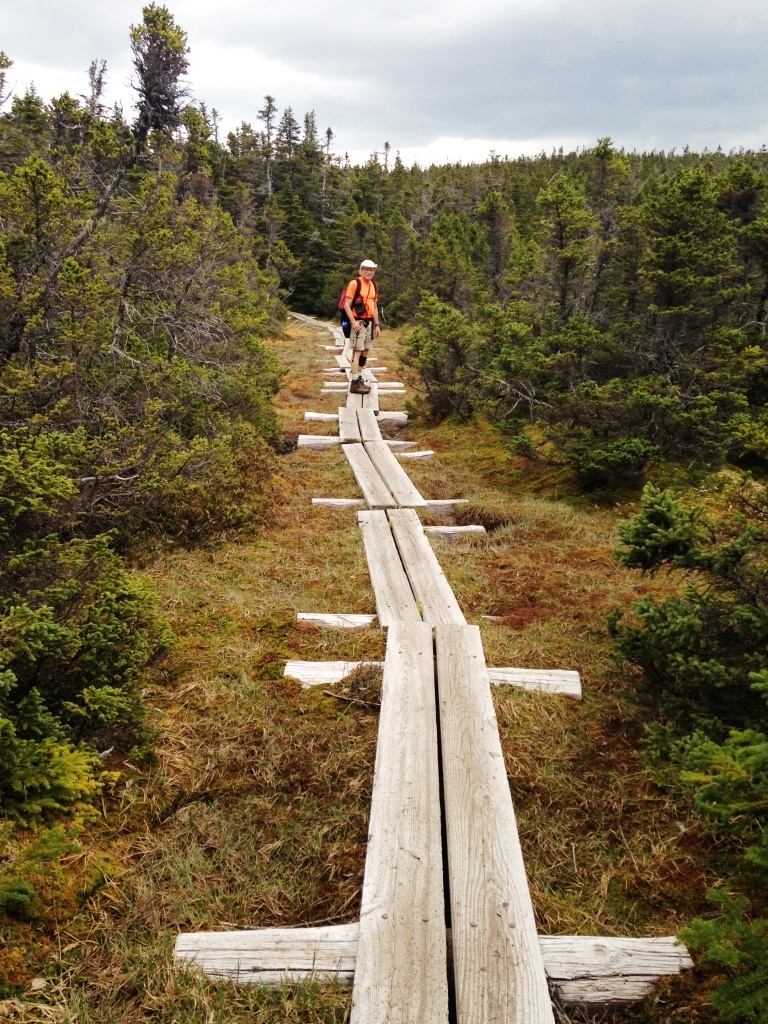 From there we dropped to the Zeta Pass and on to South and Middle Carters, the next peaks on the ridge. The peaks themselves are unremarkable and have no views - they're marked by small piles of rocks on the ridge - but there are lots of views from rocky outcrops along the trails. At left is a nice view to Wild River Valley - as Peter pointed out this is the best vantage point to see the Baldfaces. The trail also has some impressive bog bridges (right). We eventually met the North Carter Trail, which got us down to the Imp Trail where we took the southern branch. Back down at 1,500 feet we took the Dodge cut-off to the left, which is unmarked but obvious - at some point the Imp Trail makes a sharp right to the north, but you go left instead - and ended up at Camp Dodge for AMC volunteers. From there we rejoined Route 16 for a short walk to the car.