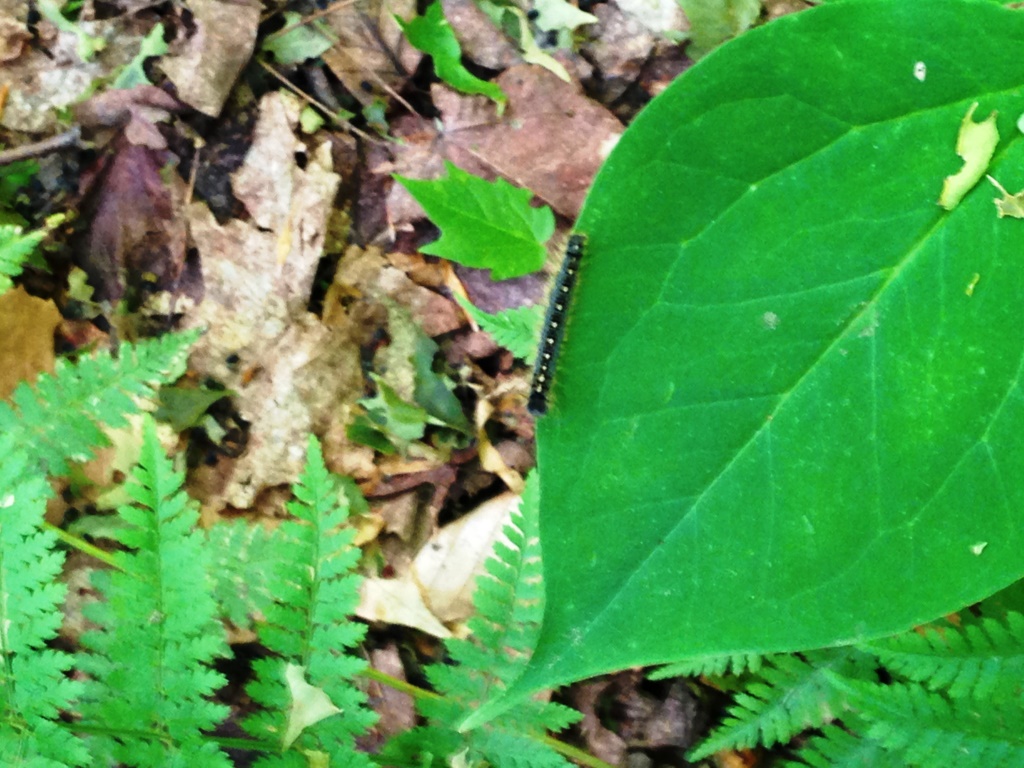 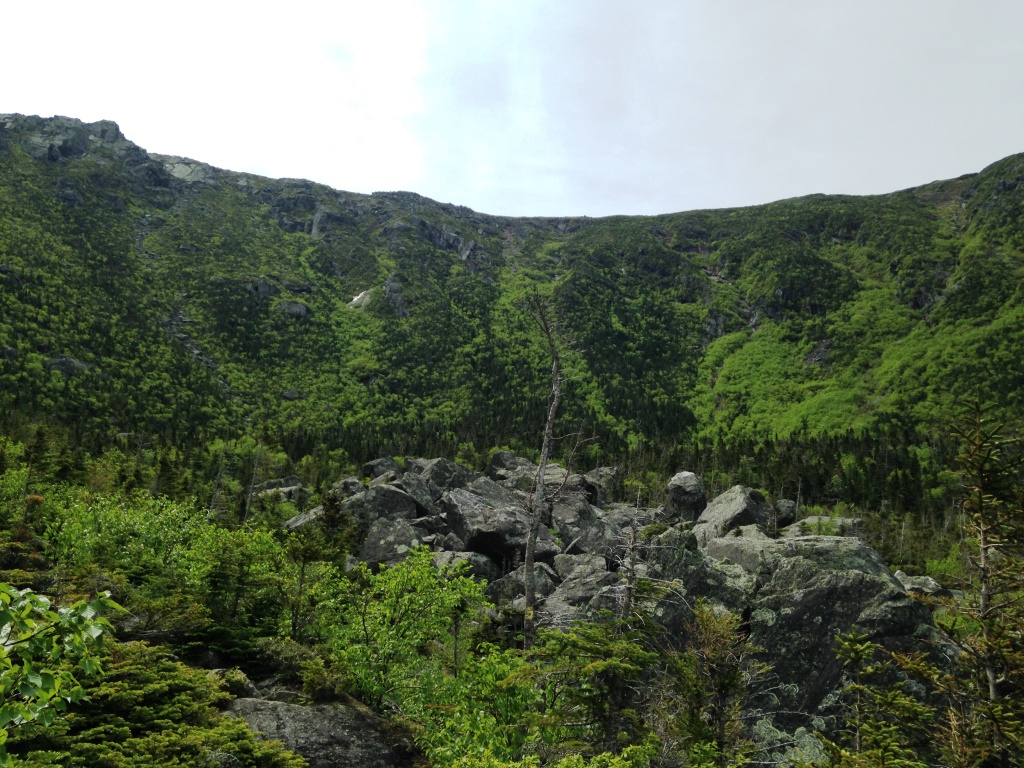 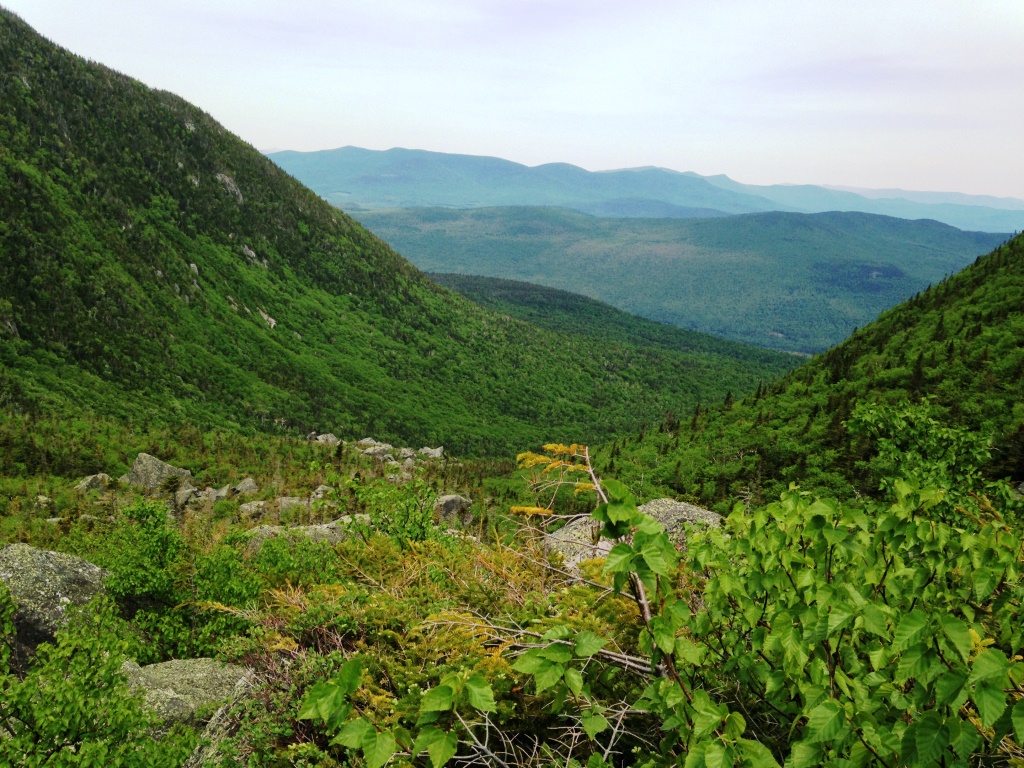 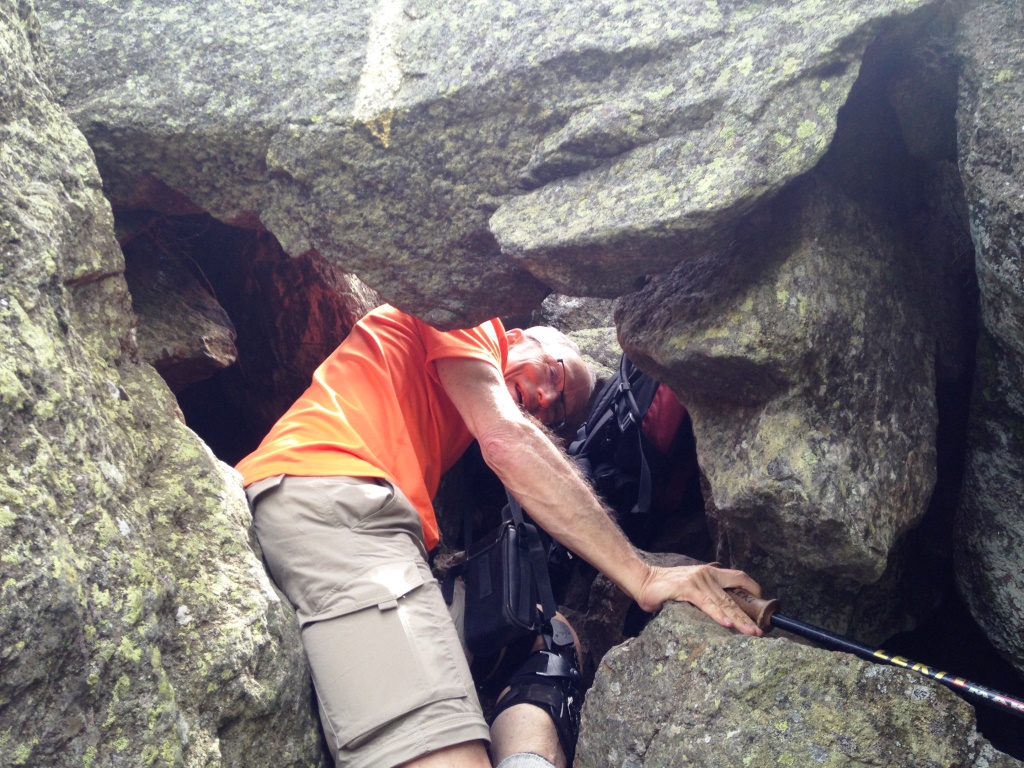 From there we turned left on Chemin des Dames and right away started the steep climb on a talus of large boulders. There was no real trail, it was all scrambling with hands and feet but fun and never too difficult. We had great views down the ravine (left). About midway up the slope there was a passage through a boulder cave that required packs to come off (right). 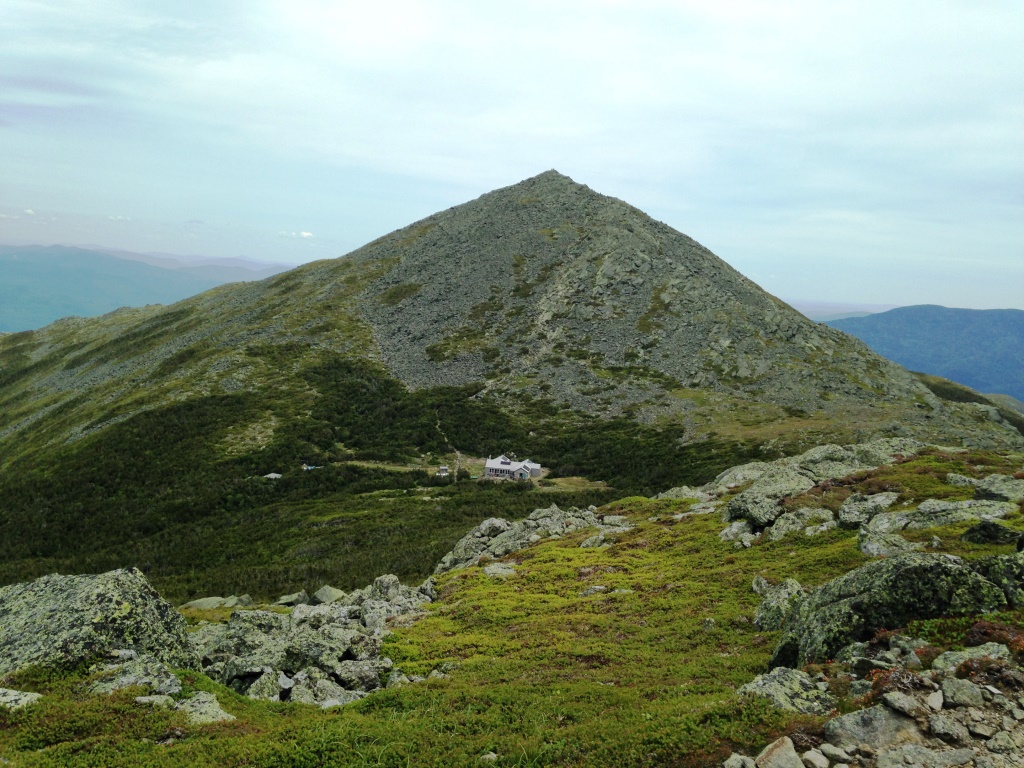 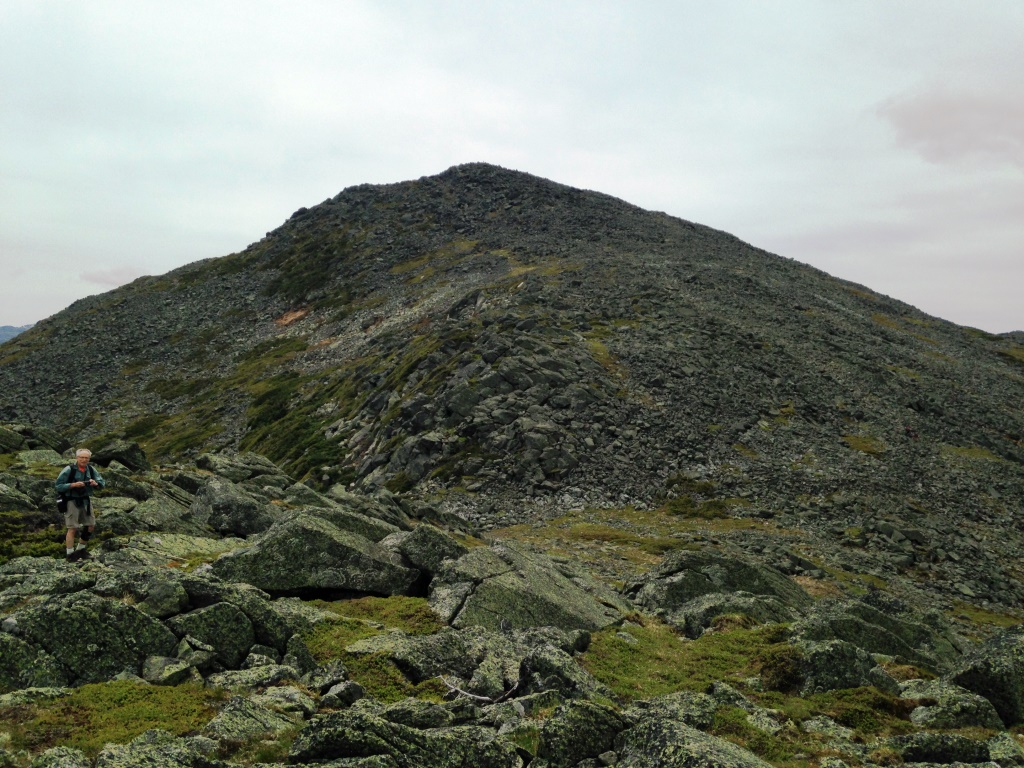 We eventually reached the rim and the junction with the Air Line trail, and continued on that trail along the knife edge around the ravine. We figured we would climb all four Mt. Adams peaks to occupy our time above treeline before going back down. As we continued the climb on the Air Line trail we had nice views of Madison Hut and Mt. Madison (left) and of the main Adams peak straight ahead (right). There were some people at the top of Mt. Adams but we did not see anyone on the minor Adams peaks, where there are no trails but this does not matter since the "trails" in this area are just boulder hopping anyway. 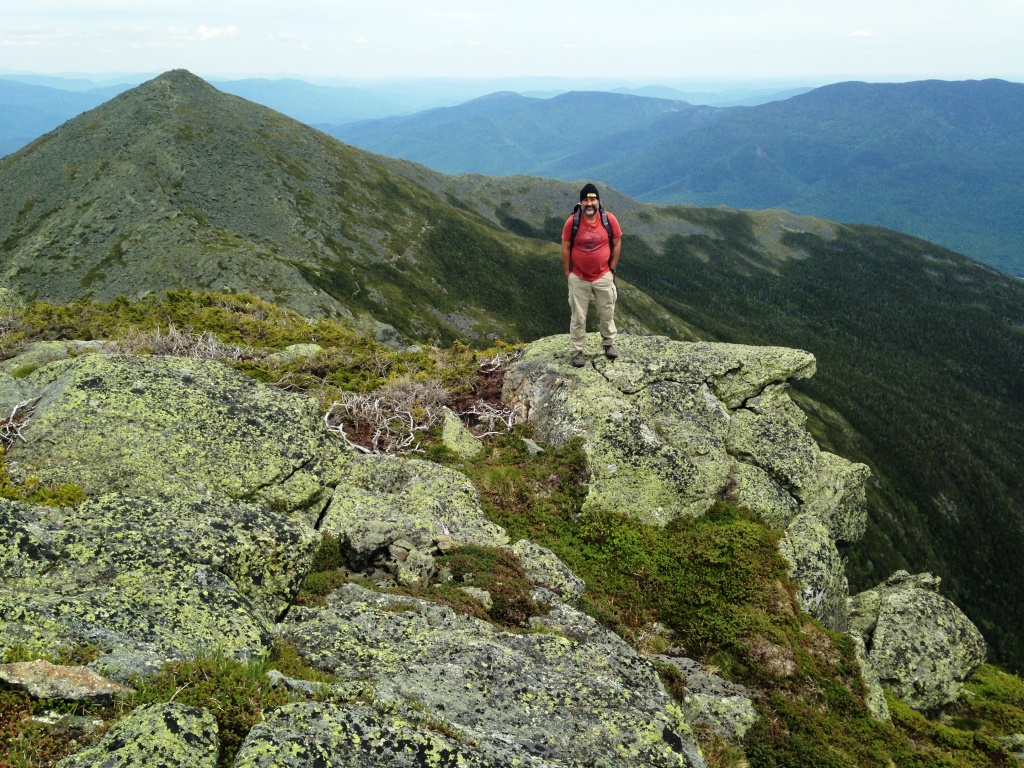 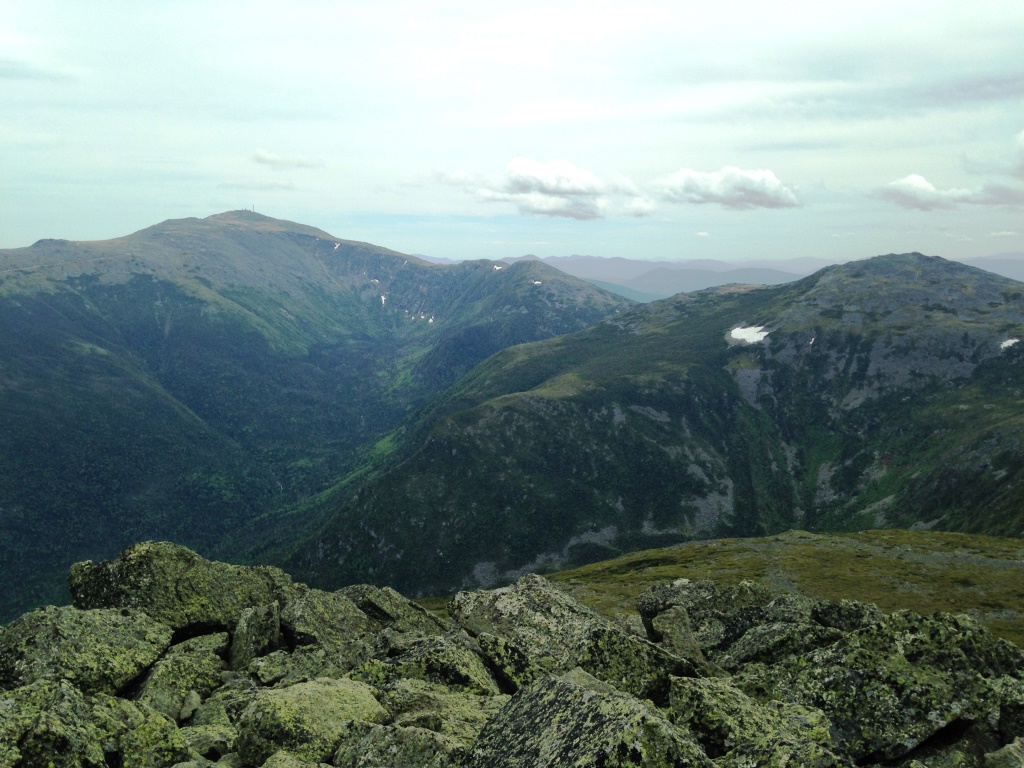 Our first stop was to Mt. John Quincy Adams (left) just off the Gulfside trail, and from there we continued to the main Mt. Adams, with a classic view to Mt. Washington (right). The big patch of snow below Mt. Jefferson always takes a long time to go away. We had gone across it on our hike up the Six-Husbands trail last year at about the same date. 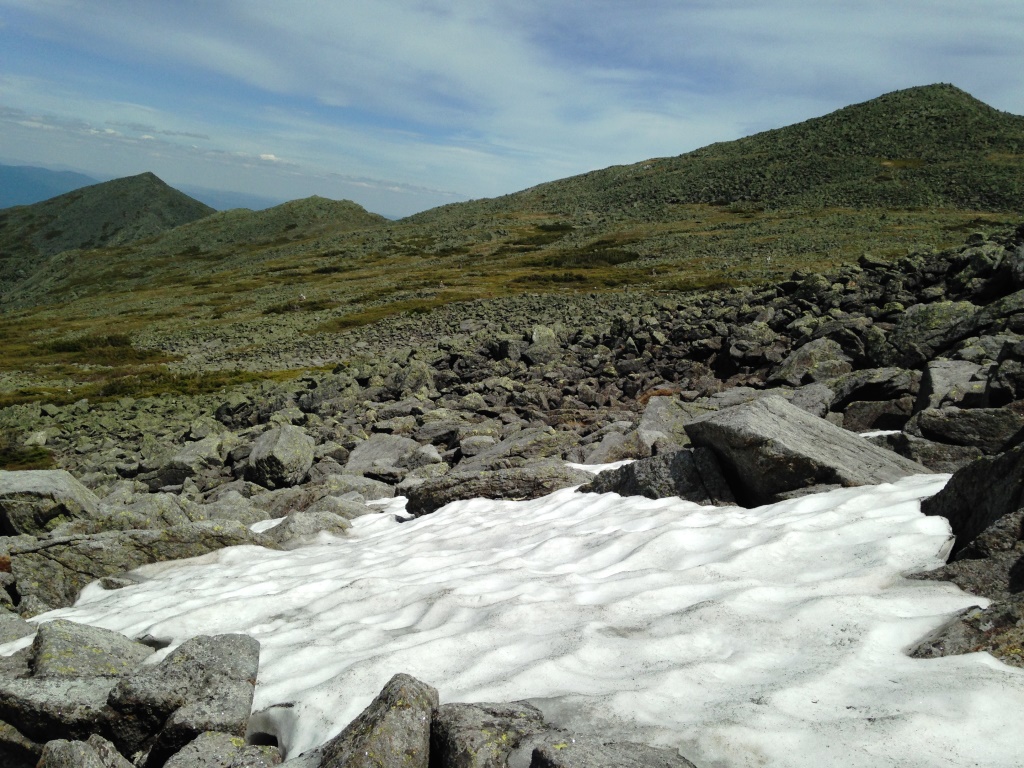 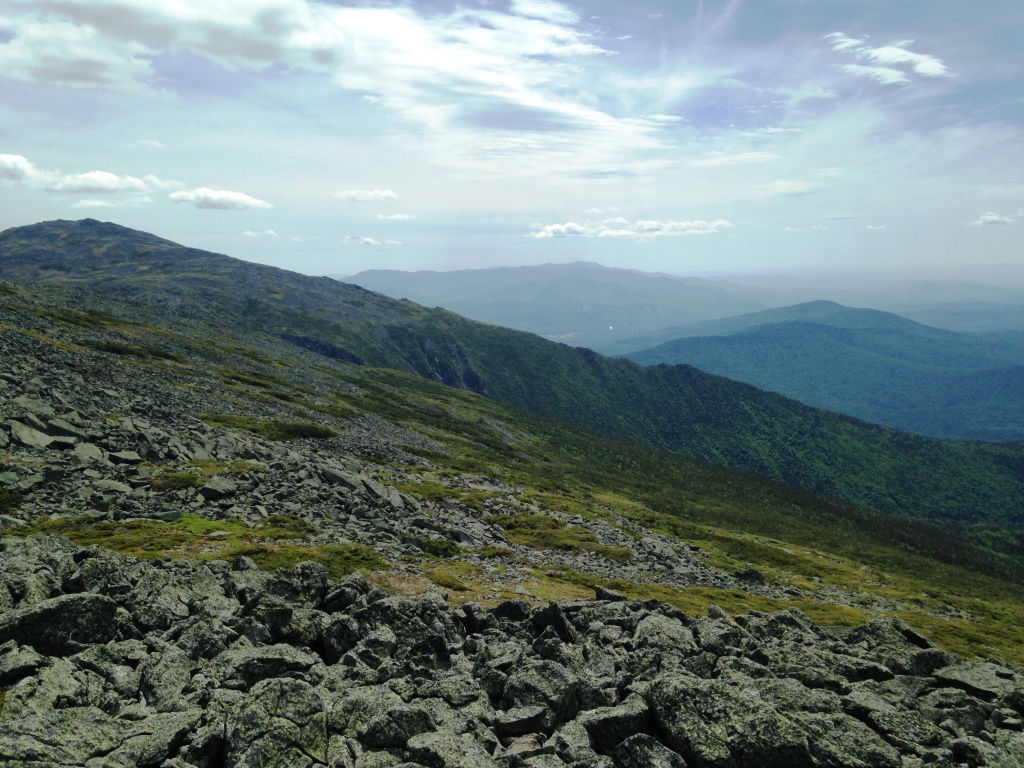 From the top of Mt. Adams we went down to Thunderstorm Junction and continued straight to climb Mt. Sam Adams. From there we descended on a patch of snow with a nice view of Mt. Madison, Mt. JQ Adams, and Mt. Adams to the north (left). Mt. Adams from this perspective looks unusually triangular. We finished our visit of the Adamses with a climb of Mt. Abigail Adams on the Lowes path for a view to the south of Jefferson, Castle Ridge, and Bretton Woods in the distance (right). 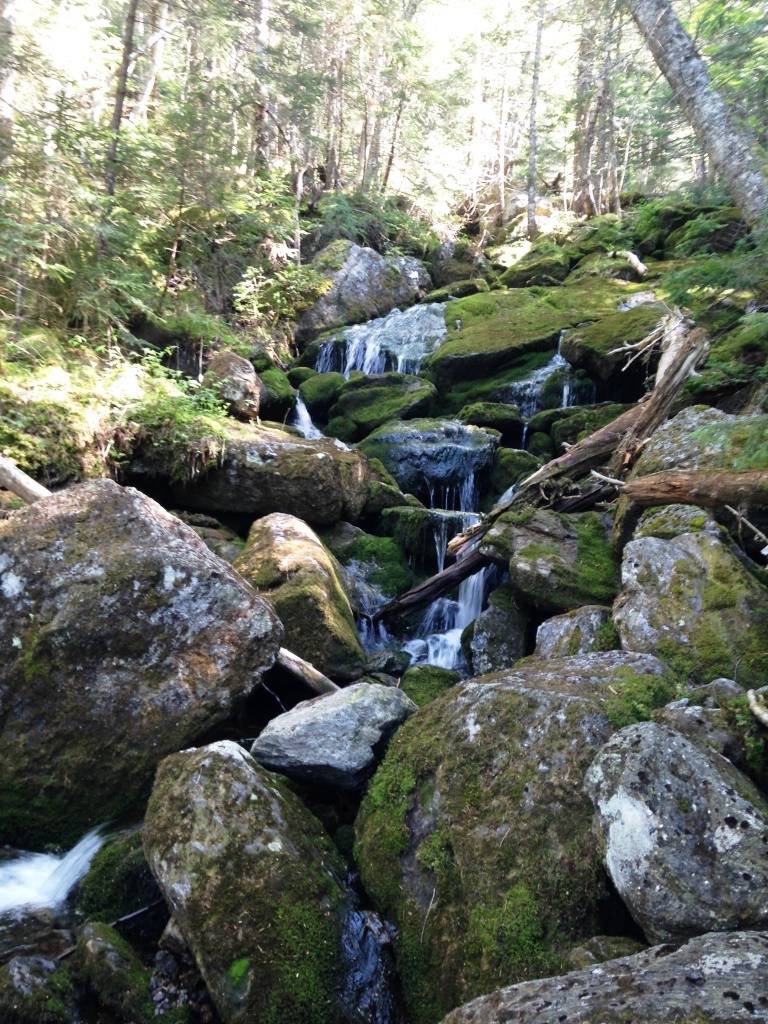 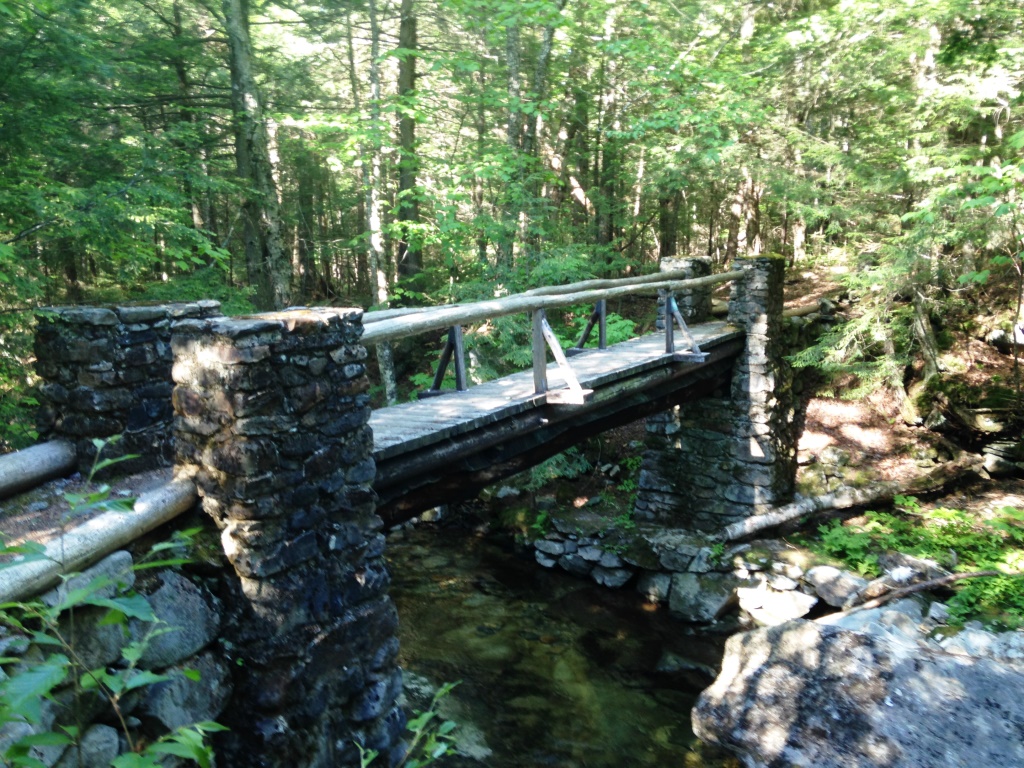 Our visit to the Adamses was now complete and we boulder hopped to catch the Spur trail that would take us down. Spur trail is beautiful and wild as it drops below treeline, with nice waterfalls (left). We took the Ampibrach trail to take us all the way down, arriving at and odd stone footbridge built in 1924 in the middle of the woods. From there we took the Sylvan Way back to Appalachia.