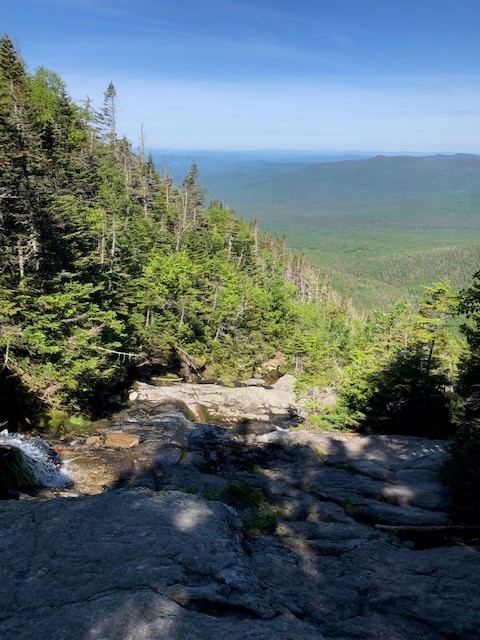 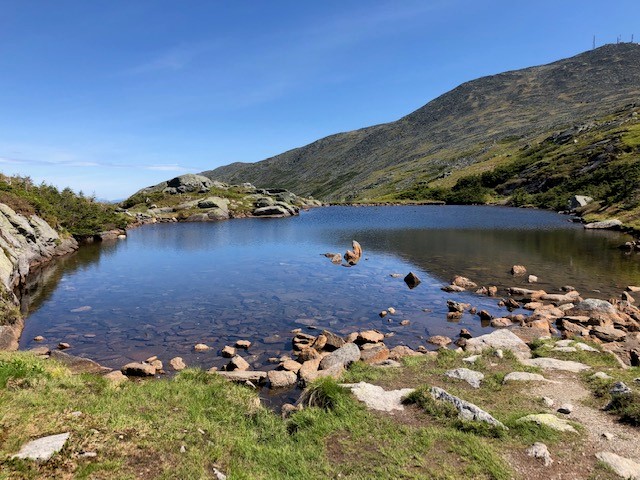 The circuit around Mt. Washington Is one of my favorite hikes because I get to spend the whole day above treeline on relatively little-used and relatively flat trails. Peter Wyatt and I started up the Ammonoosuc Ravine Trail (left) to Lake of the Clouds hut and on to the lakes (right). 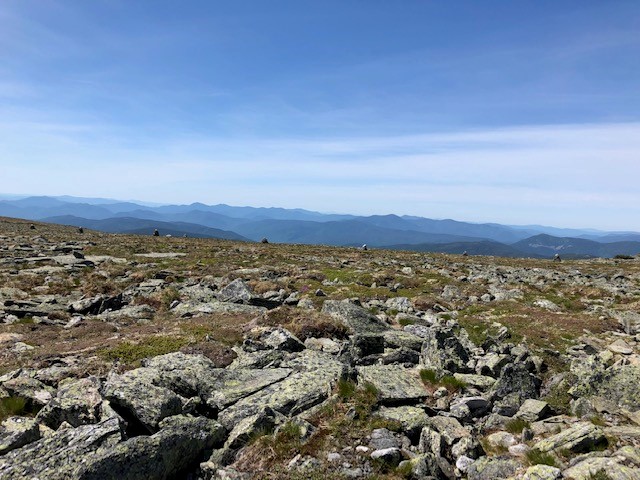 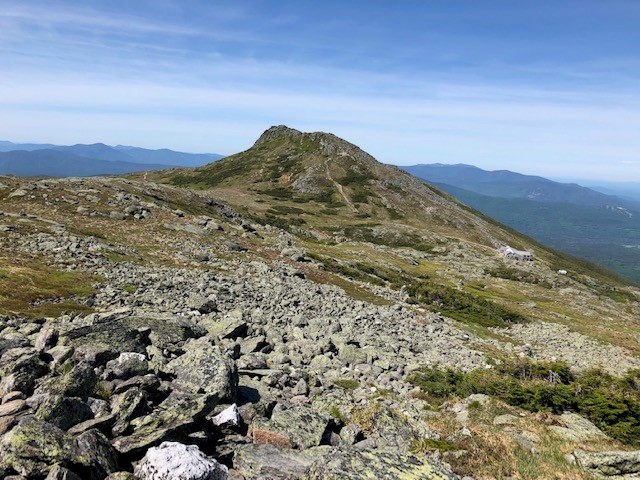 From there we took the Tuckerman Crossover, which heads north on the eastern shelf of Mt. Washington (left), looking out to Mt. Monroe (right). 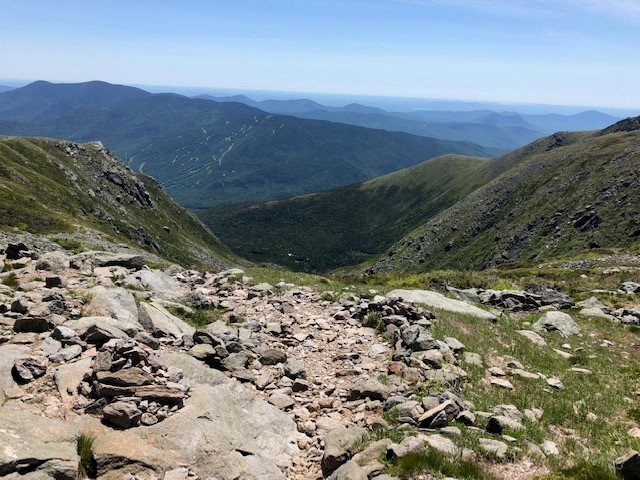 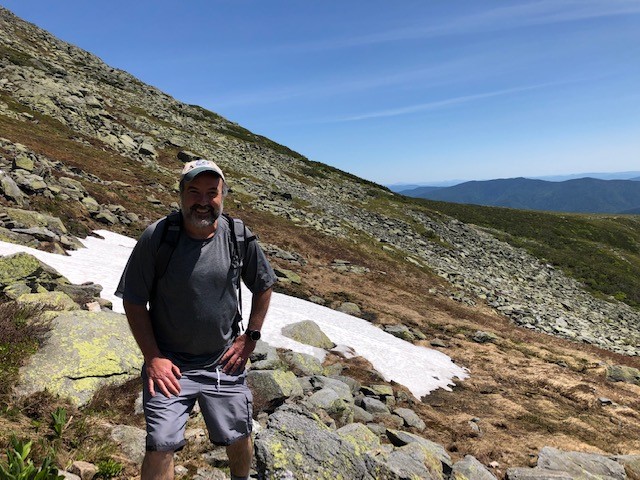 This took us to the Tuckerman Ravine Trail, which was oddly closed. Near the intersection was a big patch of snow (right). Peering into the Ravine (left), we saw a number of remaining snow patches. 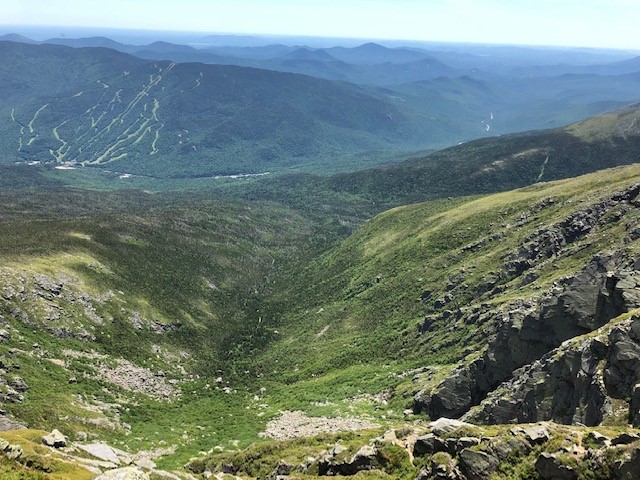 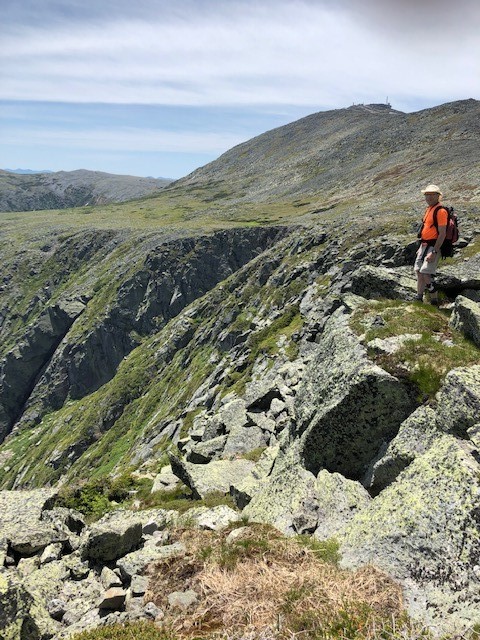 We then took the Alpine Garden Trail toward Huntington Ravine. Although that trail is known for its carpets of flowers, we were a bit early in the season and most of the flowers had not come out yet. We peered into Huntington Ravine (left), which is a very steep drop (right). I hiked Huntington Ravine once and doubt that I will do it again. 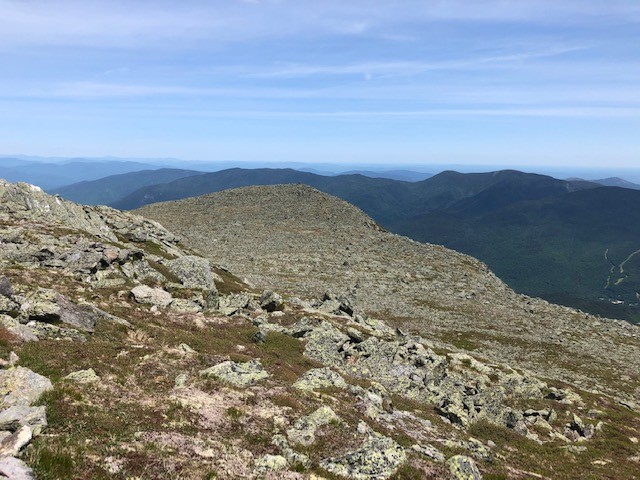 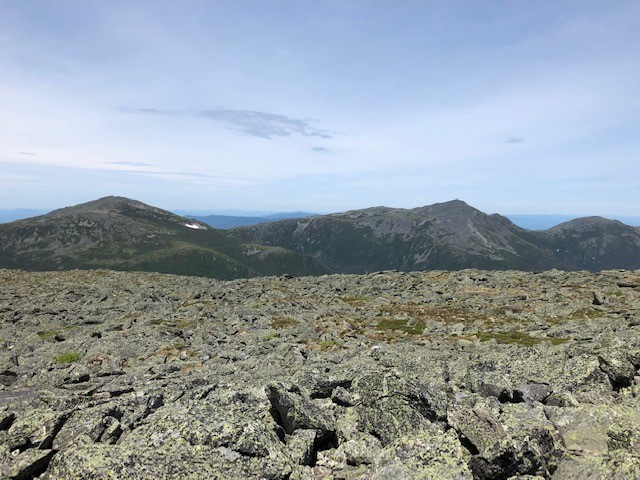 We then detoured to Nelson Crag (left), past the end of Alpine Garden. We crossed two people who had gone up the Nelson Crag Trail from Pinkham Notch and were heading south on the Alpine Garden Trail to go back down through Boott Spur. That seems like an interesting thing to do. From Nelson Crag we had our first views of the northern Presidentials (right). 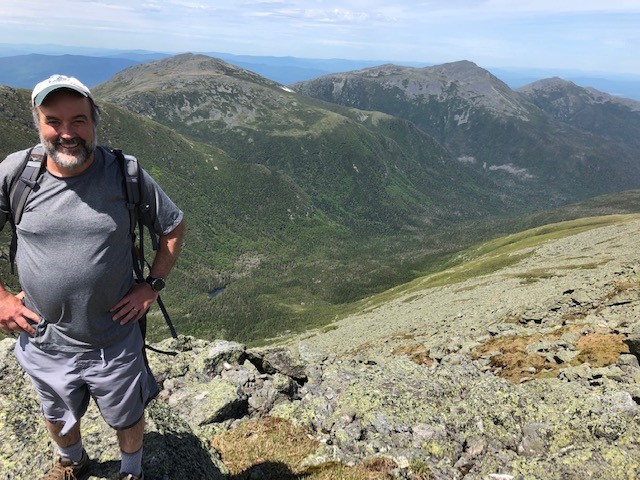 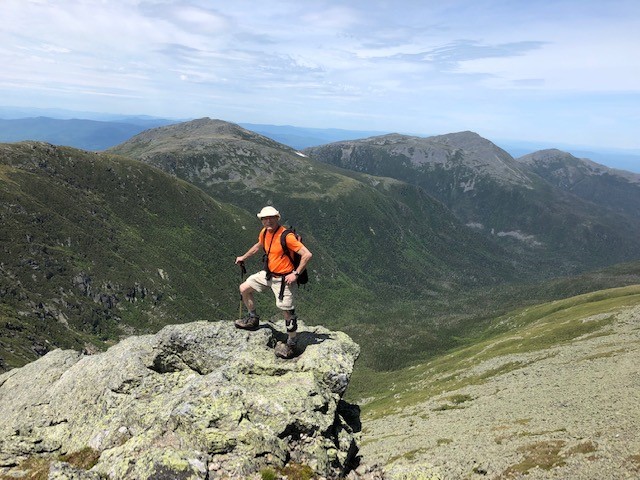 We then went up the Nelson Crag Trail to reach the point where we could cross the Auto Road and on to the Gulfside Trail. Last time I did this I overestimated the needed climb, ending up on the top of Ball Crag. This time we underestimated it and had to climb up a bit on the Auto Road. From there we took the Gulfside Trail to the rim of the Great Gulf (left and right), where in June two years ago we had watched skiers going down Airplane Gully. The patch of snow on the east side of Jefferson lasts for much of the summer and we had previously visited it on our Six-Husbands hike. 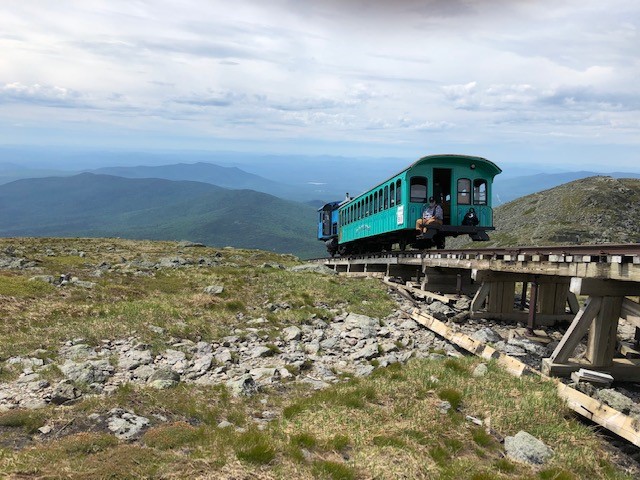 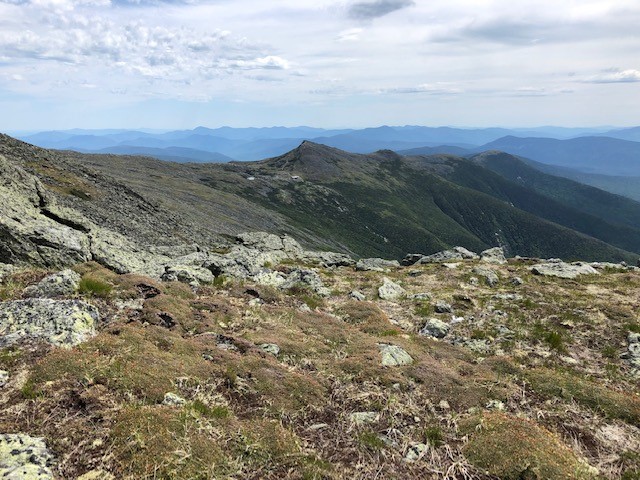 We continued down the Gulfside Trail to pick up the Westside Trail and complete the loop around Mt. Washington. The Westside Trail starts by going under the Cog Railway, and just as we were doing it a car came by (left). It is a beautiful trail, with many 'roman road' segments of flat stones, and great views of the southern Presidentials (right). It receives very little use and we saw no one. It took us back to the Crawford Path and down to Lake of the Clouds to catch the Ammonoosuc Ravine Trail and head back down.