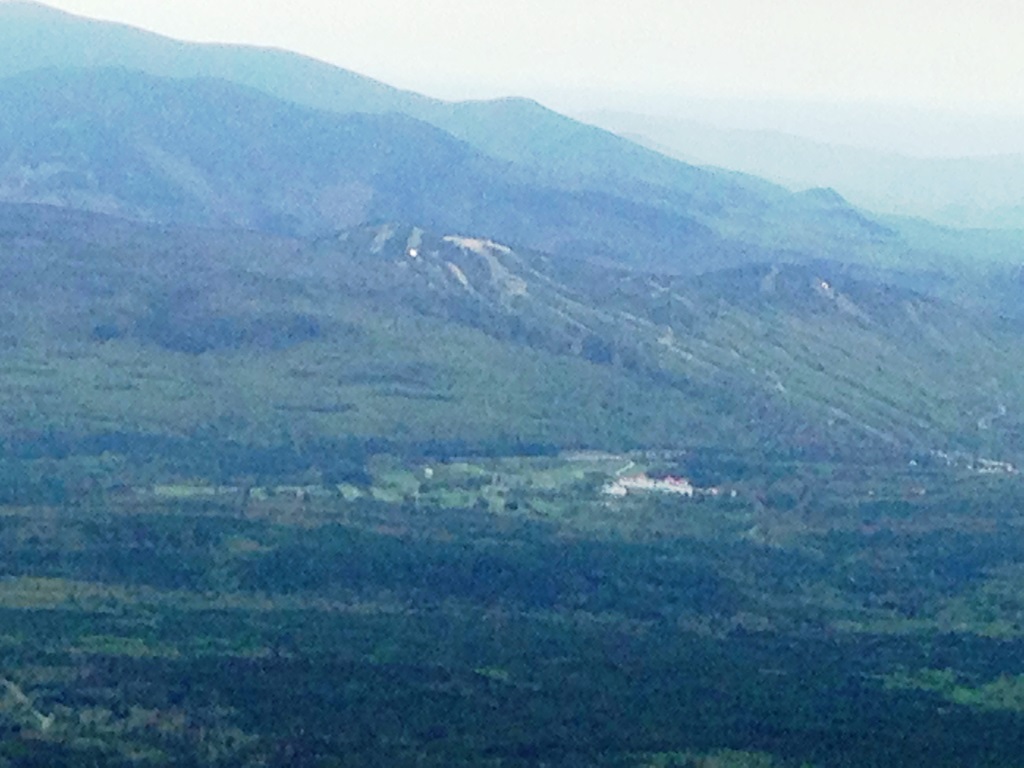 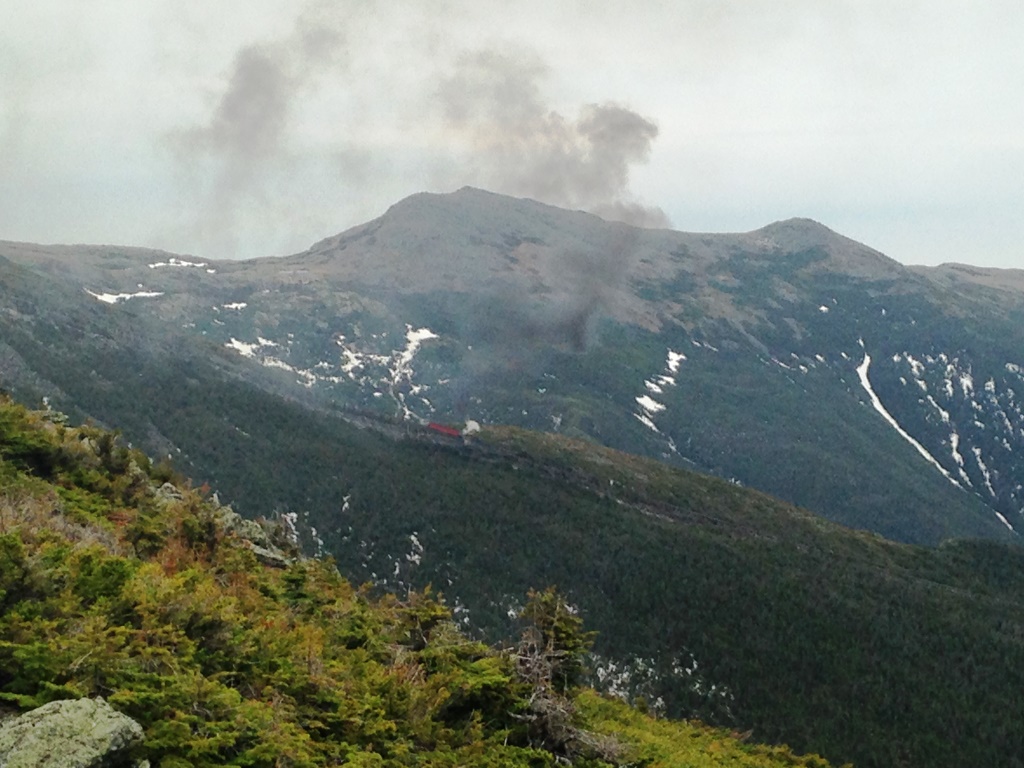 Our initial plan was to go up Ammonoosuc Ravine but we were discouraged by a ranger in the parking lot who told us that there was snow on the trail as far down as the Gem Pool. So we went up the Jewell Trail instead. Climbing above treeline, we looked back at the Bretton Woods ski area with patches of snow remaining on Bode's and Oscar Barron trails (left). The first cog train of the day passed by us with its black smoke (right). 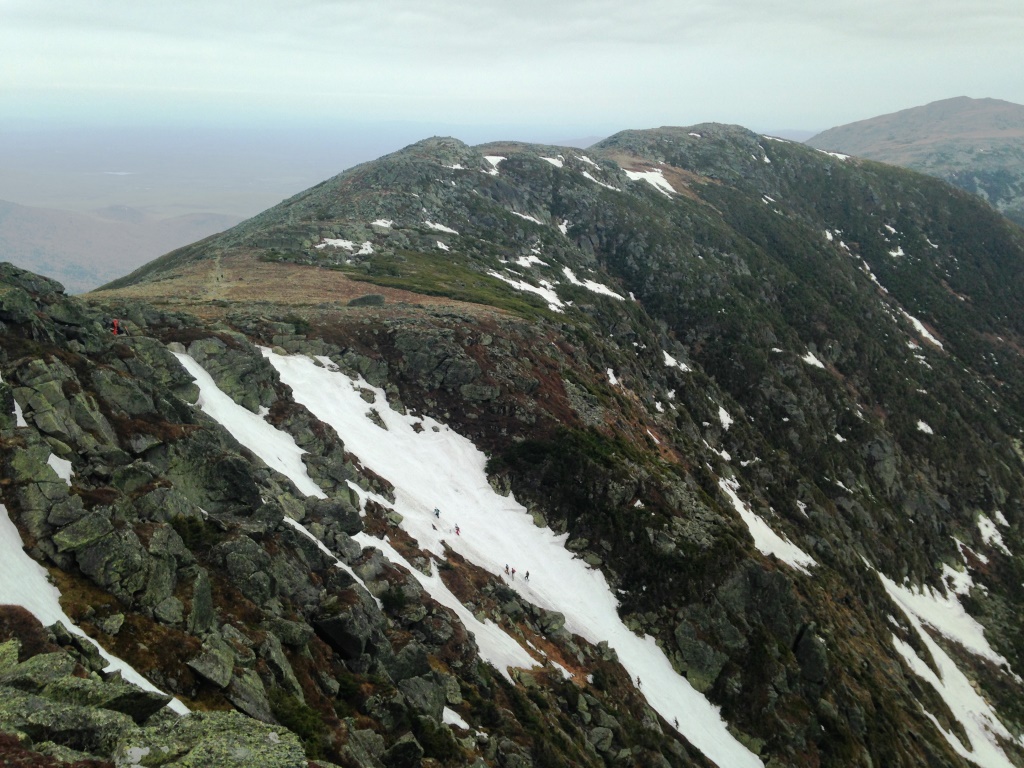 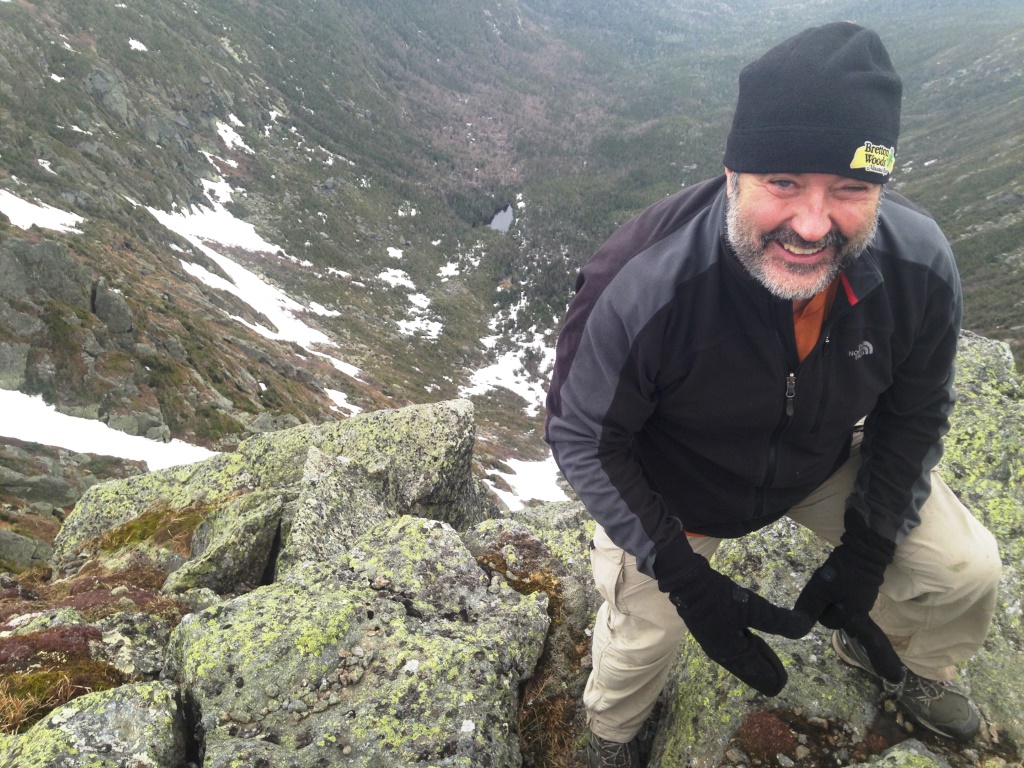 We reached the Gulfside Trail and met a couple with skis on their packs who said they had just gone down Airplane Gully in the Great Gulf. So we turned south and headed up to the top of the Great Gulf (left) where we could see a number of skiers in the gully (right). Most had actually driven up the Auto Road. 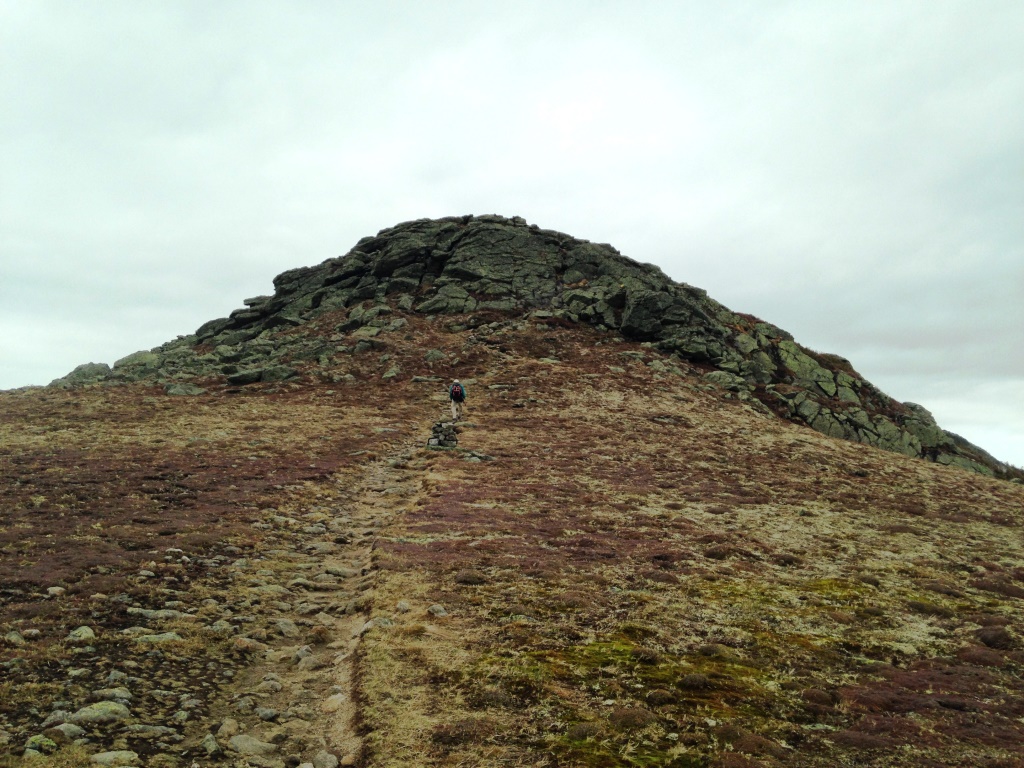 We then headed back north to Mt. Clay. From the top of Clay we could look back at the Airplane Gully (left) and appreciate how steep it is. Mt. Clay has two peaks, north and south, and there is a nice stretch of lawn between the two (right). 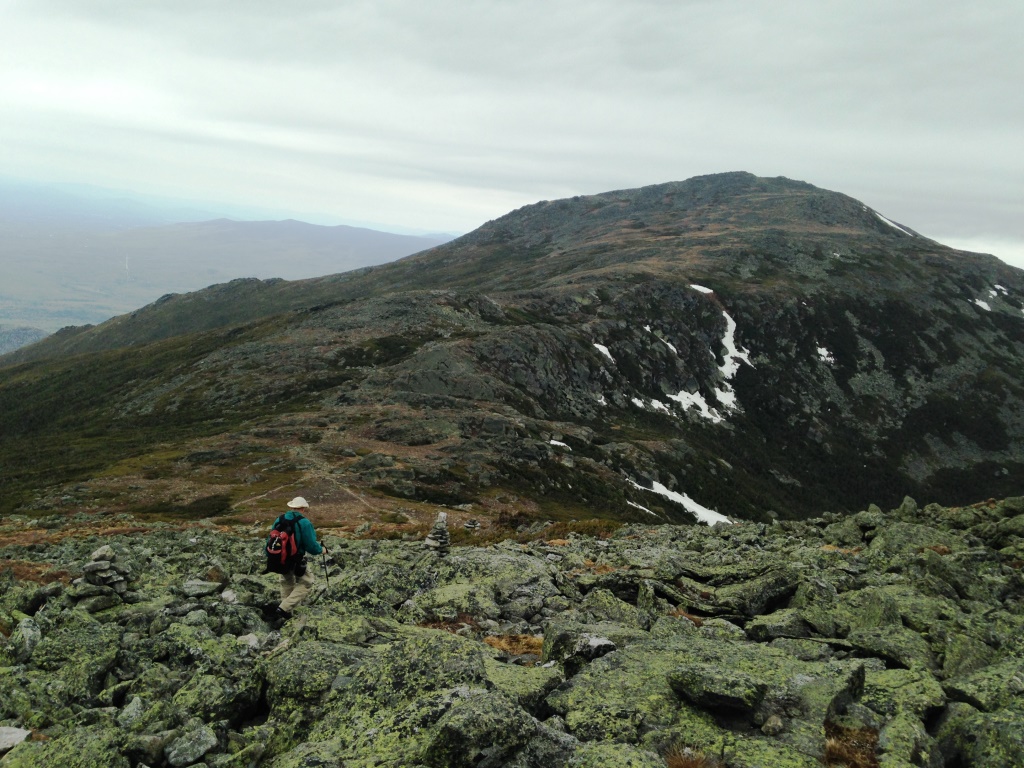 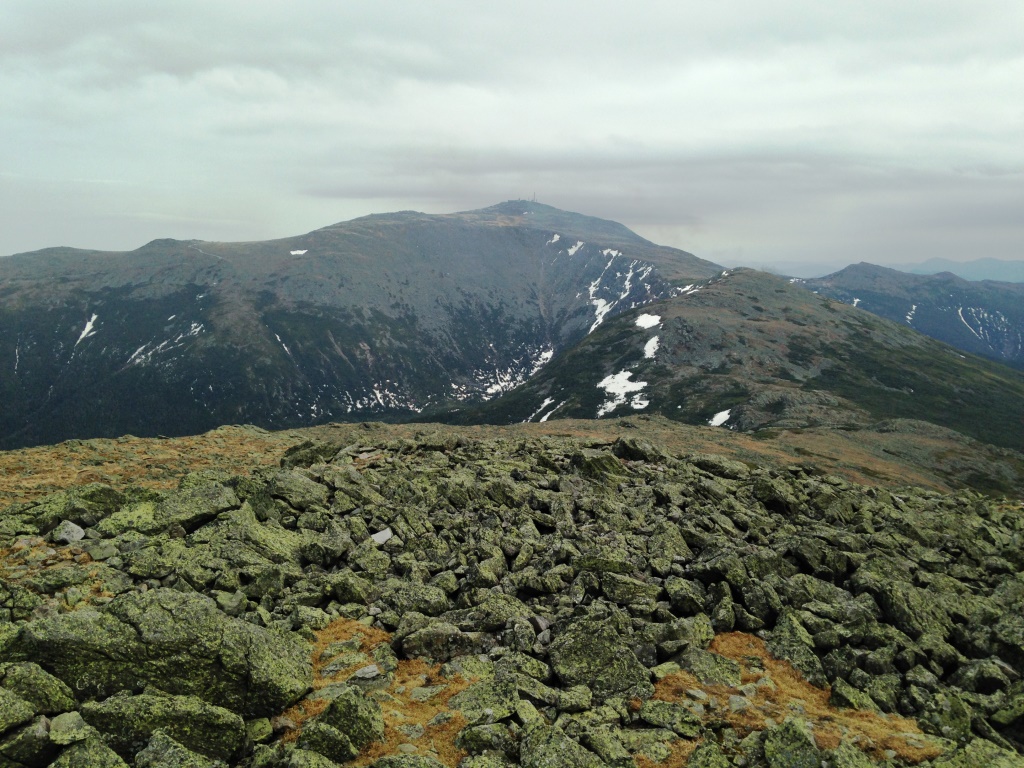 From there we descended the north side of Mt. Clay (left), down to Sphinx Col and back up to Mt. Jefferson, with nice views looking back to Mt. Washington and the Great Gulf (right). 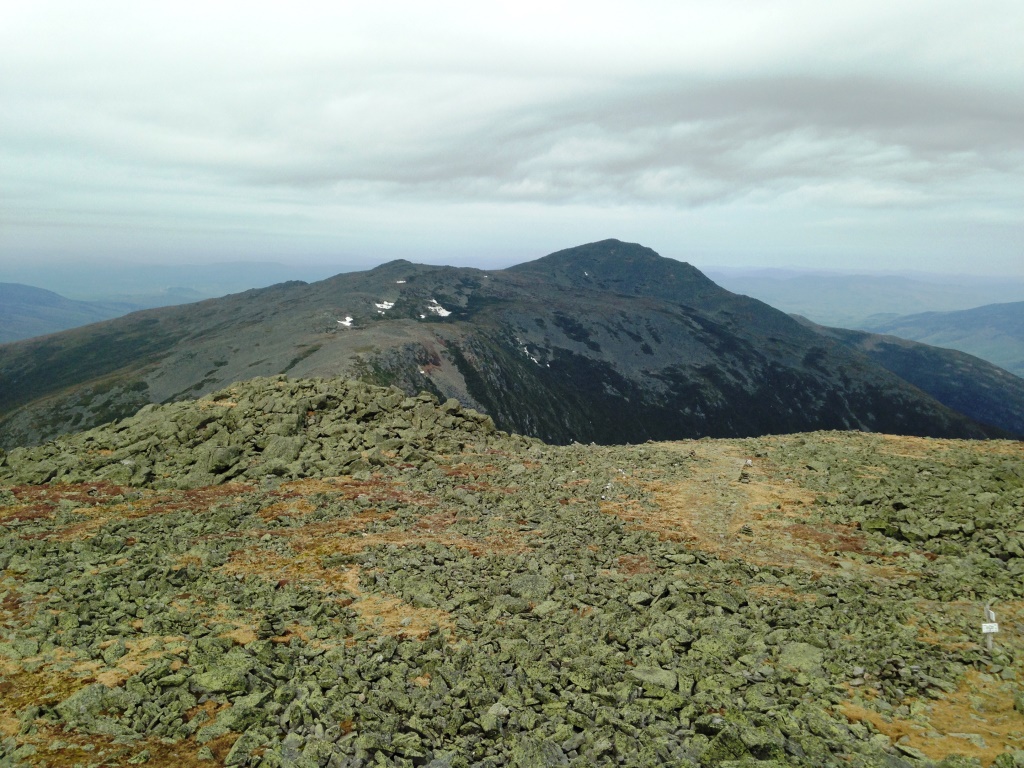 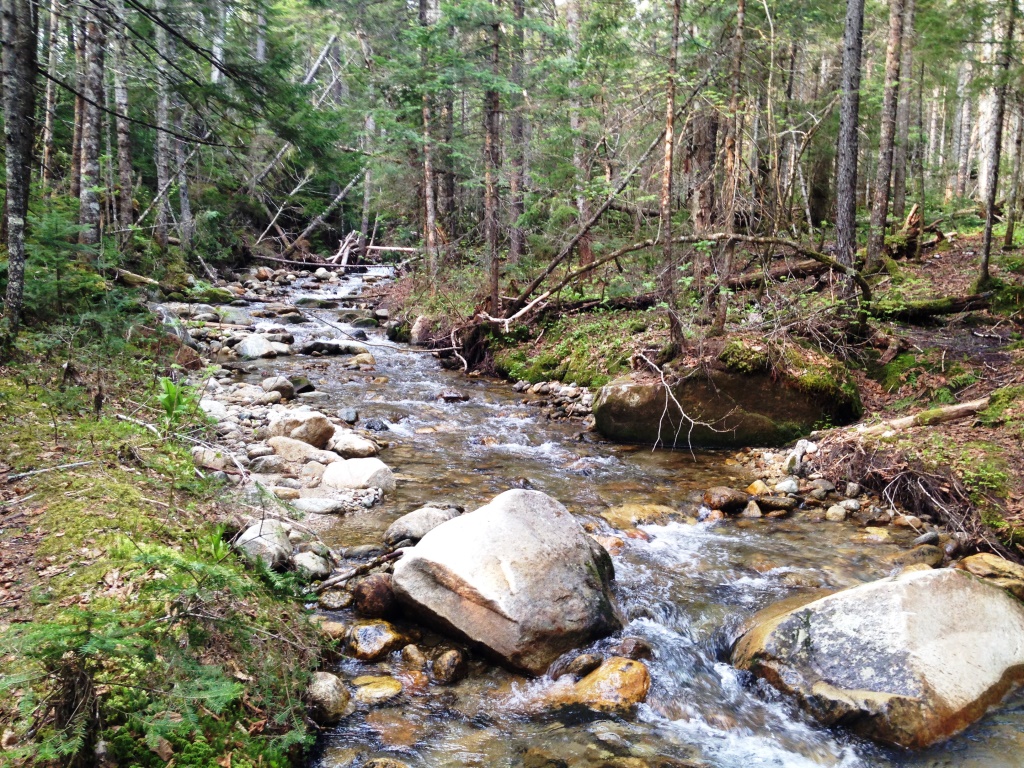 At the top of Jefferson we had a view of the continuing Northern Presidentials ridge toward Mt. Adams (left). We headed down the Caps Ridge Trail to Jefferson Notch Road, which was not yet open for the summer season, and walked down the road to Boundary Line Trail which connected us back to the Jewell Trail. About midway along Boundary Line Trail is a stream crossing which is usually no problem, but there was a lot of water from the snowmelt (right) and we had to remove our boots. The Boundary Line Trail was otherwise flat and pleasant, with a number of new footbridges across wet areas which was suprising for such a little-used trail. We got in this way back to the Jewell Trail and to the parking lot.