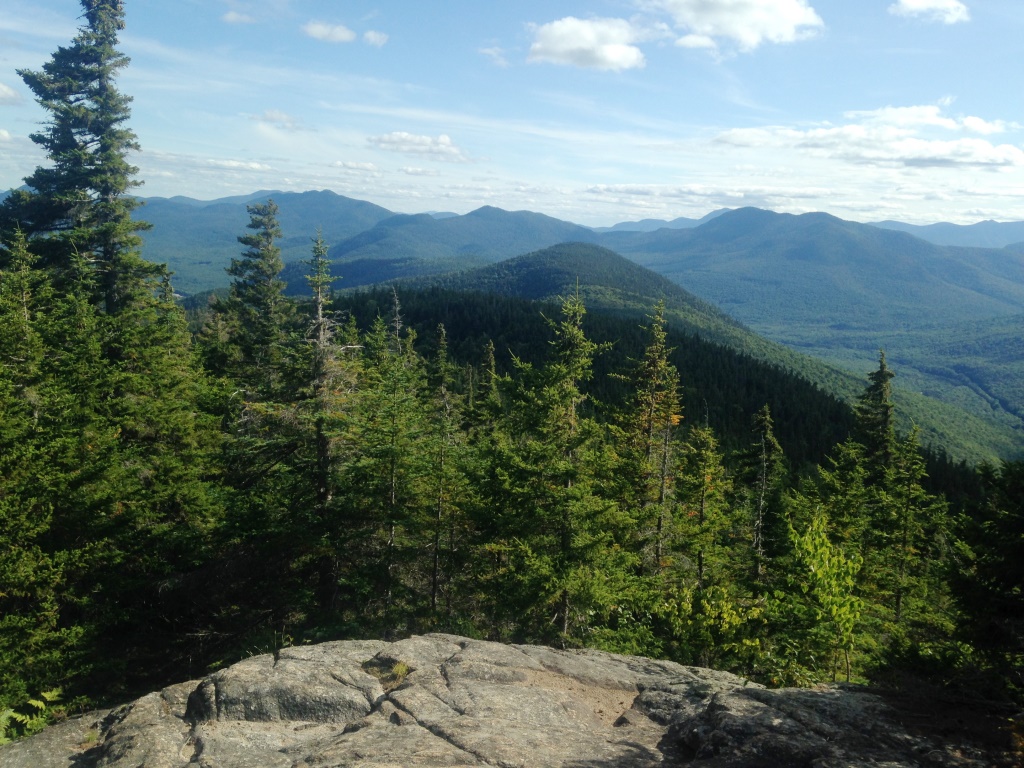 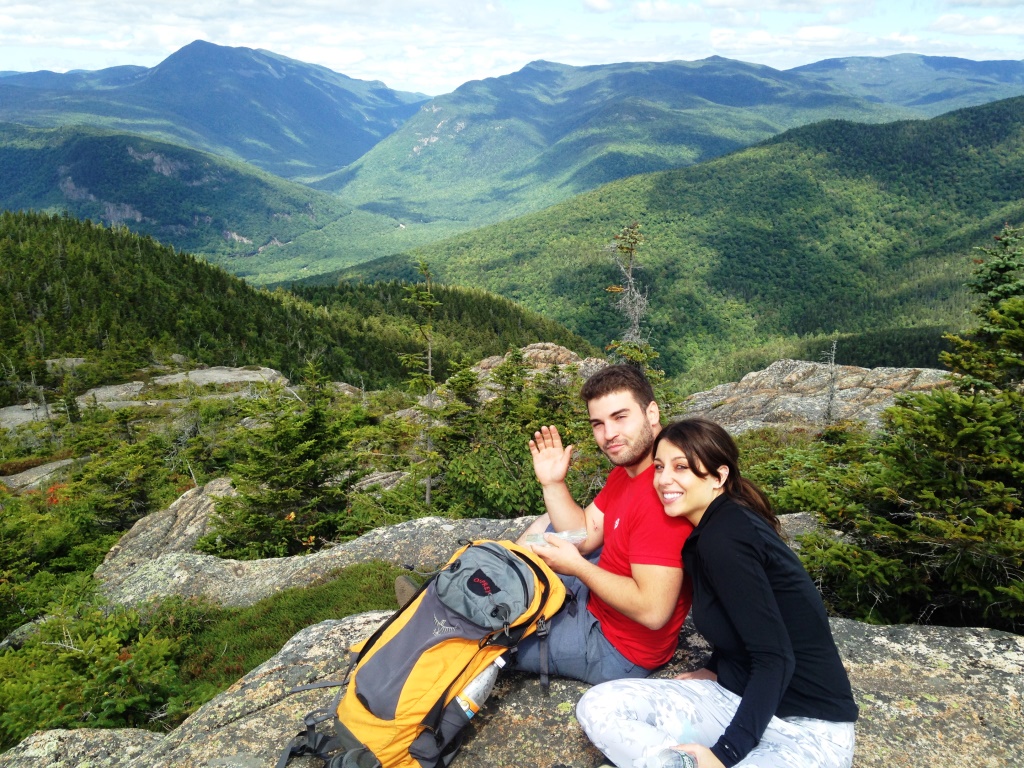 On this Labor Day weekend I went up the Davis Path with Peter Wyatt. Richard and Alyssa (who had just gotten engaged) accompanied us to Mt. Crawford, which has spectacular views for relatively little effort. Shortly before getting to the Crawford spur path we opened up on ledges with great views, including the lower Montalban range to the south (left). We got to the top of Crawford where there is an iconic view of Crawford Notch (right). 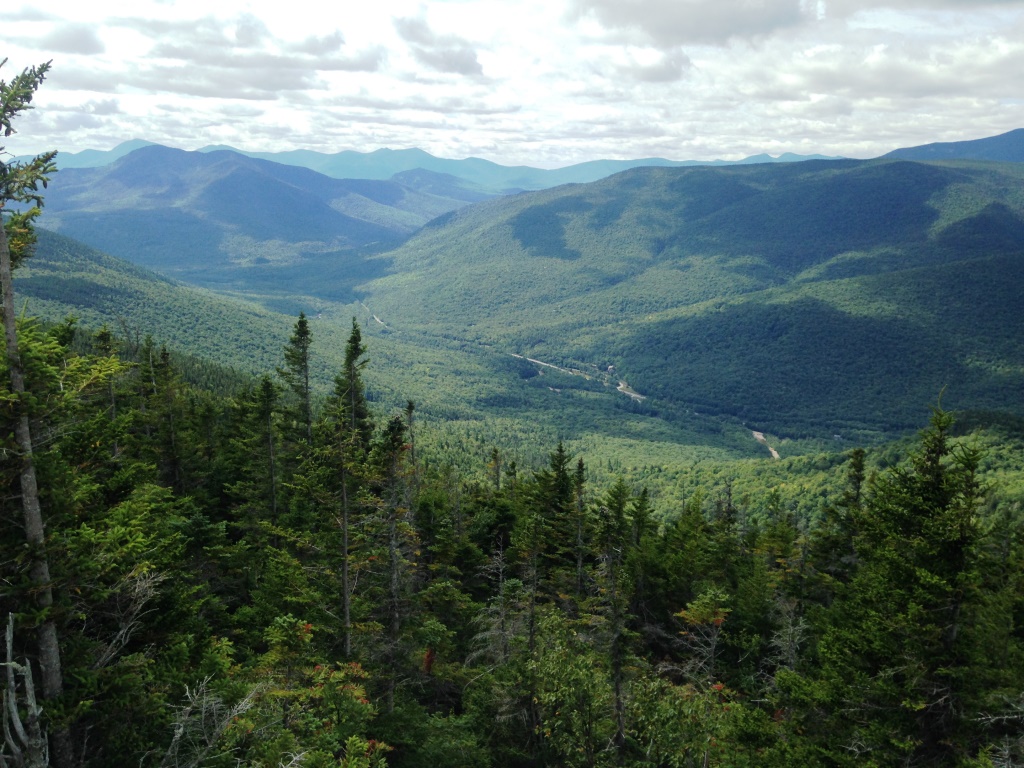 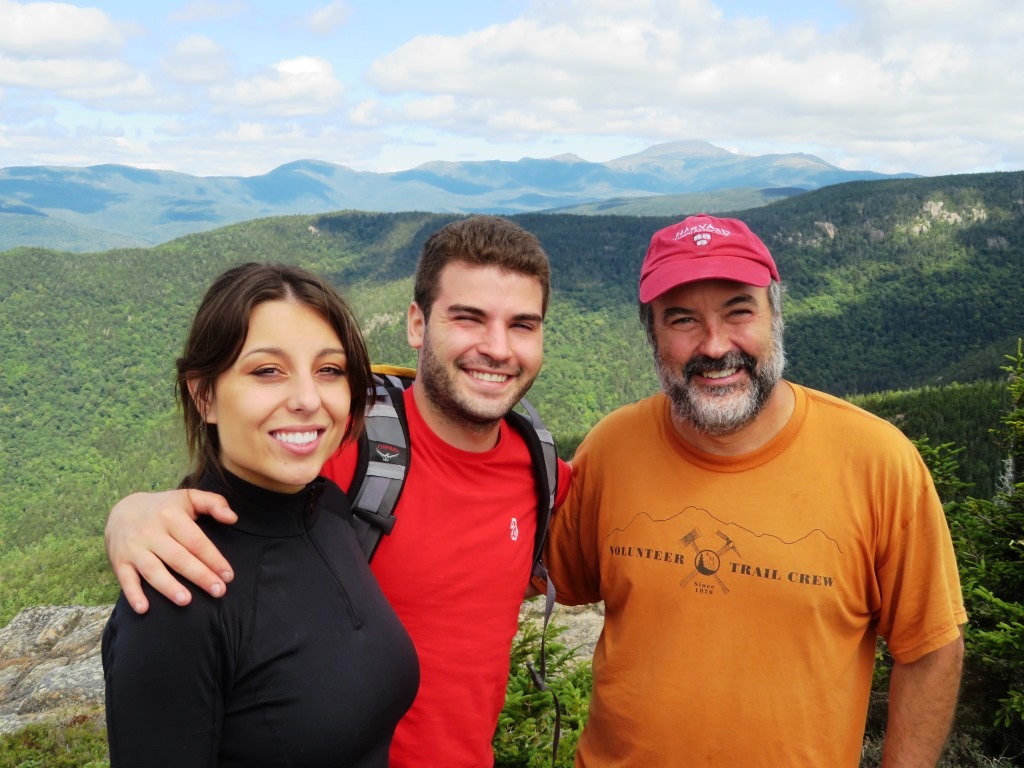 Mt. Crawford has 360 degrees views spread out over a fairly large summit, so even though there were quite a few people it didn't feel crowded. At left is the view toward the Saco Valley to the south, at right is the view toward Stairs Mountain where Peter and I were headed. 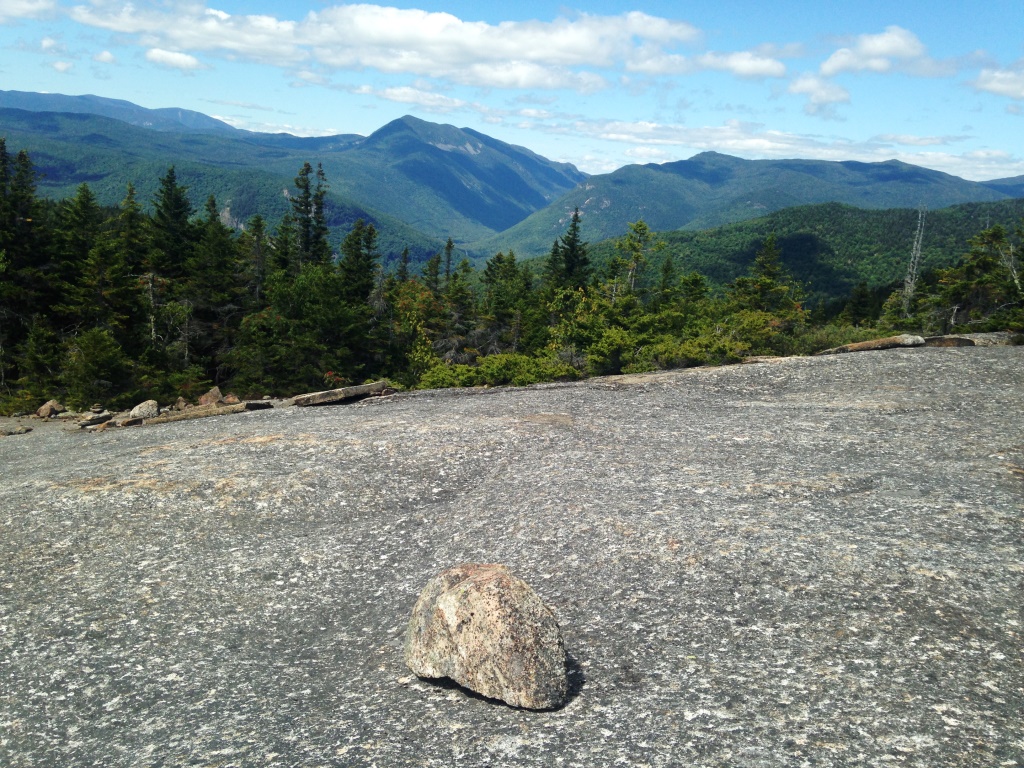 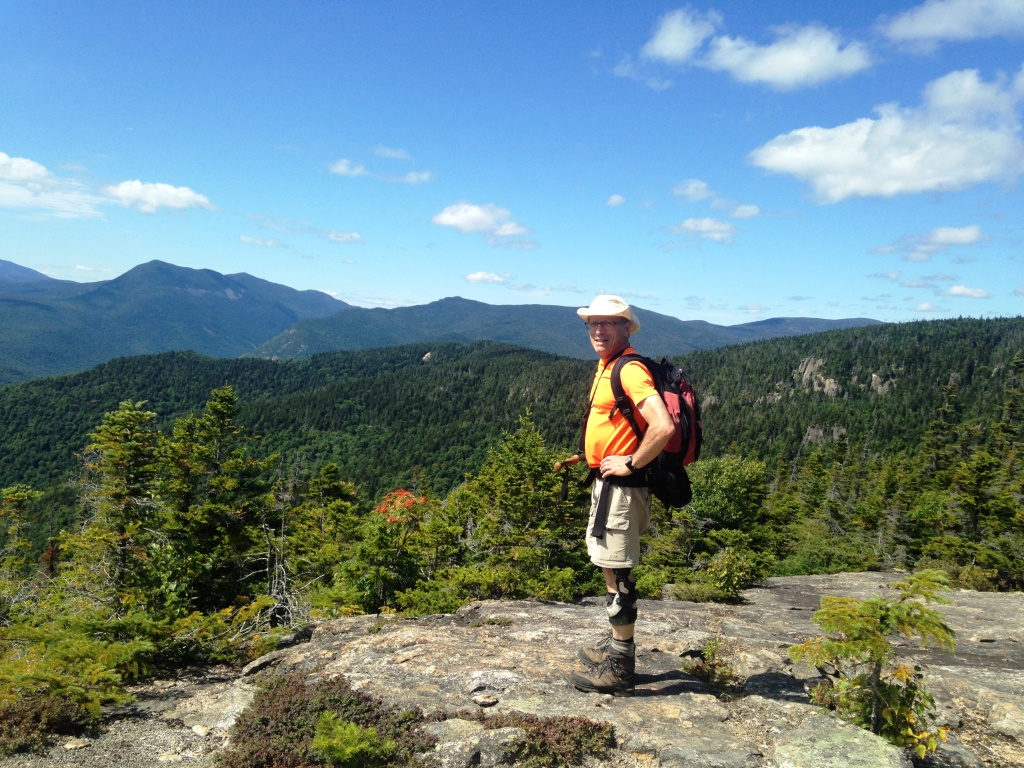 We left Richard and Alyssa who were heading back down and continued on the Davis Path. This totally left the crowds behind. The Davis Path is a beautiful trail, following the Montalban Ridge with gentle terrain and many ledgy openings (left). We took the side trip to Mt. Resolution, which is one of my very favorite mountains in the Whites because it has a ledgy top with killer views (right) and there's never anyone there. The actual top is off the trail and not well defined but you know you're basically there when you get to the big square rock (below left). 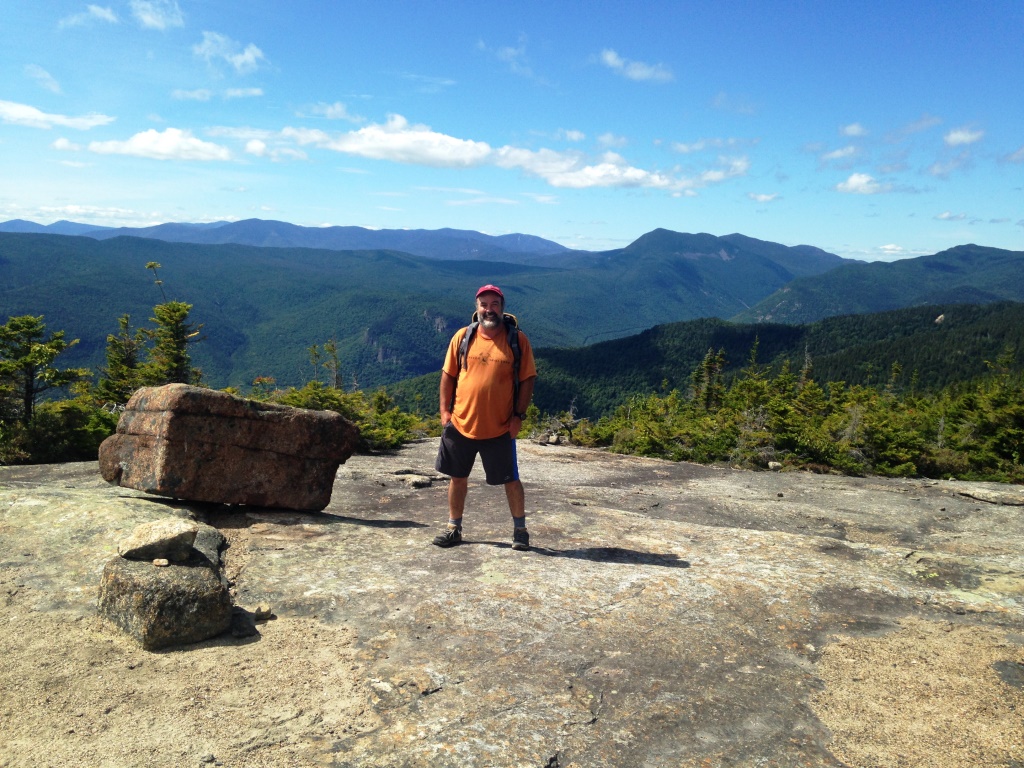 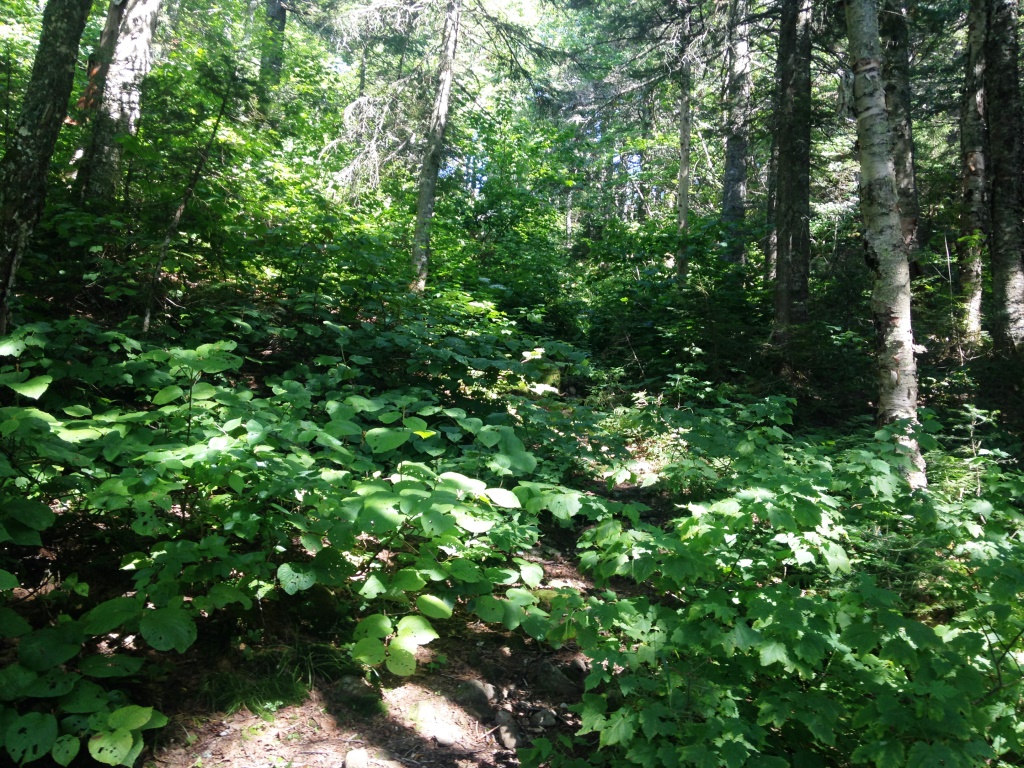 We went back to the Davis Path and continued on to Stairs. This involved going down to Stairs Col (right), which is a lush and wild place. 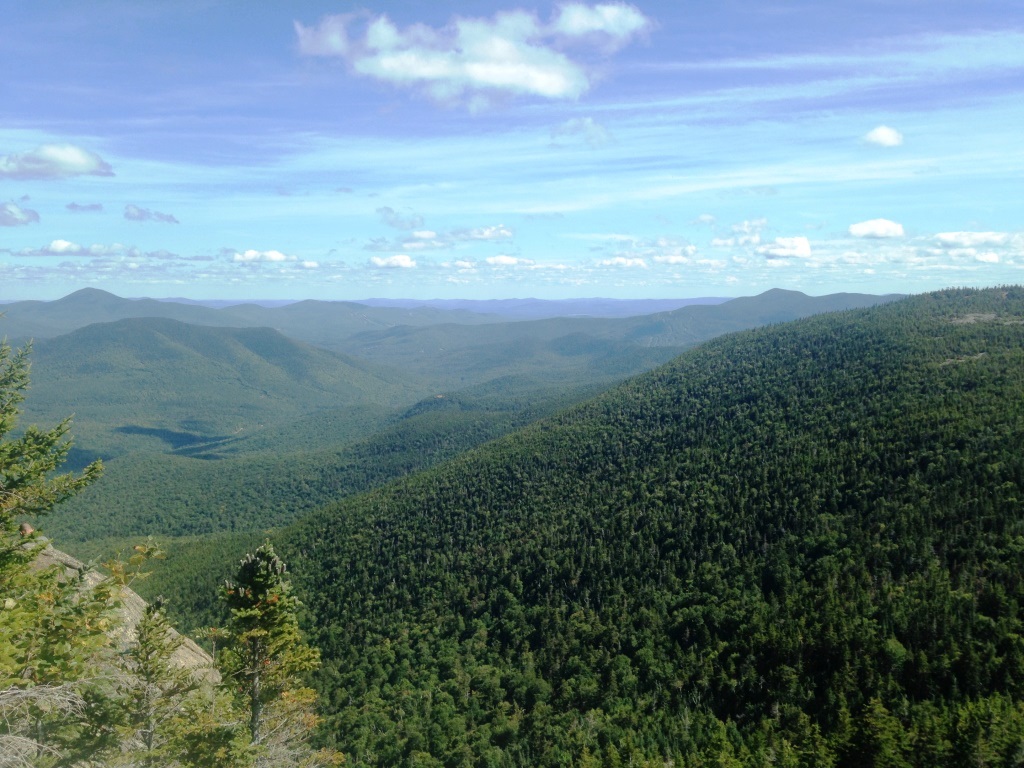 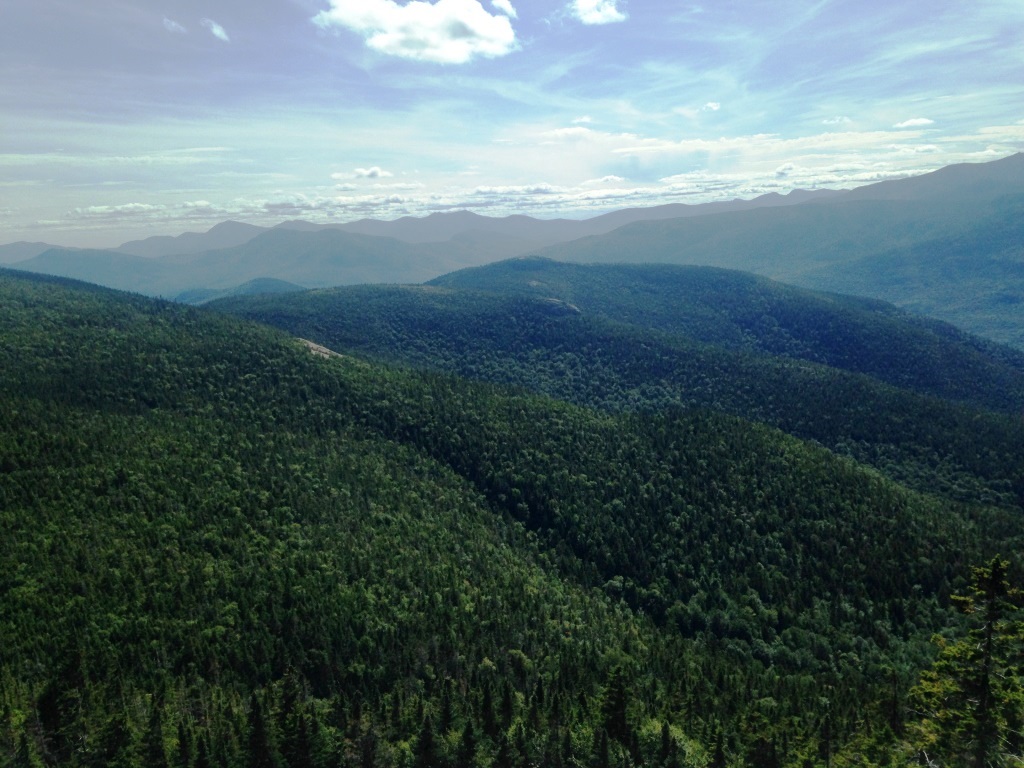 From there it was a 400 feet steep climb to the top of Stairs, which has a beautiful mossy flat summit and again great views, to the east toward Rocky Branch (left) and back toward Mt. Crawford (right).