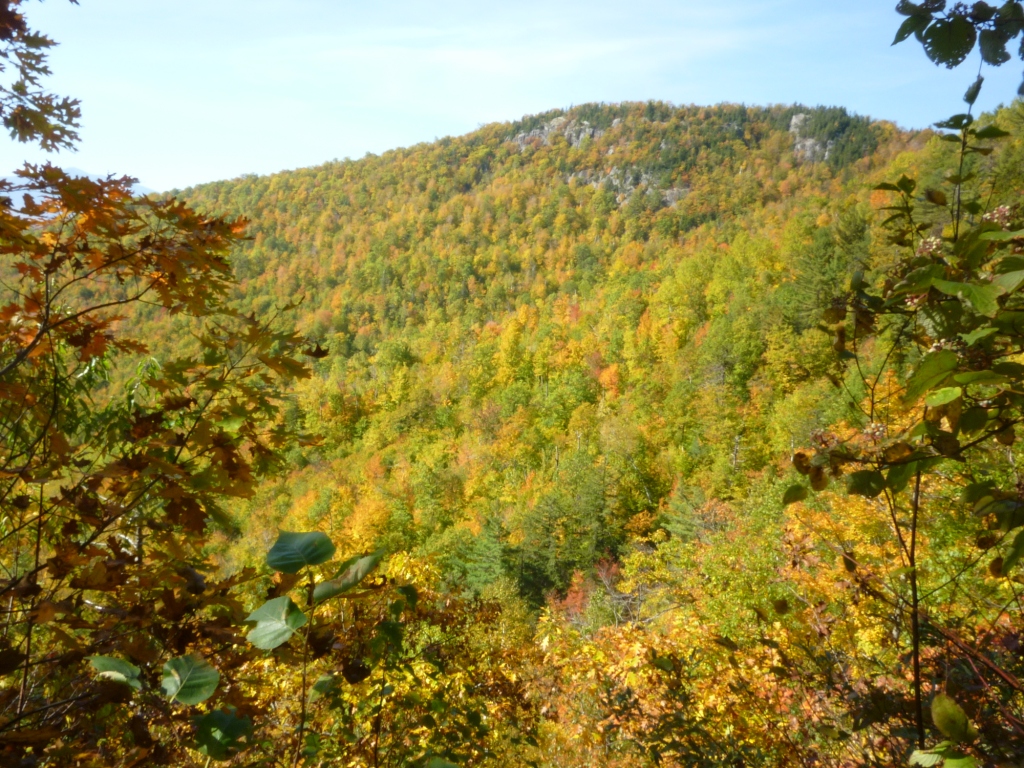 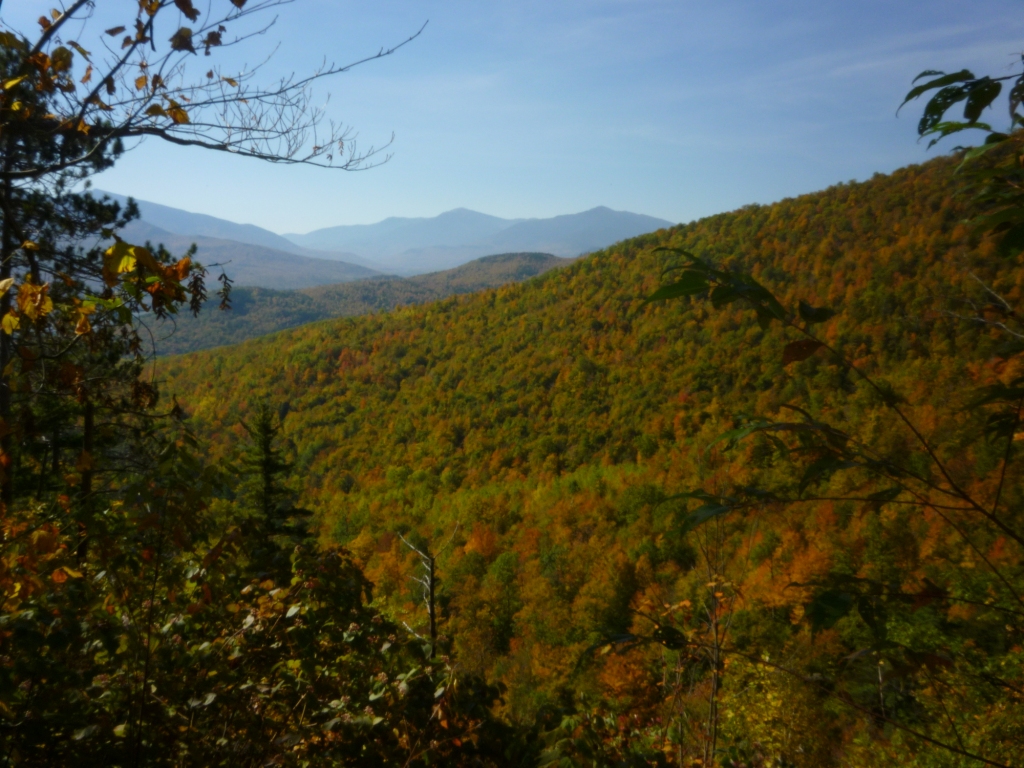 Two years ago my sons Alex and Oscar had done 1-week trail crew trips with the AMC. Alex had repaired bog bridges on the Peabody Brook Trail while Oscar had rerouted the Appalachian Trail around Gentian Shelter. These are fairly remote trails in the Mahoosucs close to Gorham. I had wanted to check out their work for a long time, and this foliage week-end provided a great opportunity. Alex and I went on a loop up the Peabody Brook Trail to Dream Lake and its junction with the AT, then north on the AT up to Gentian Pond and down back by the Austin Brook Trail. Except for the AT corridor, these trails are on private land with substantial logging activity. However, the climb on Peabody Brook Trail is really beautiful, as the trail rises high above its namesake brook along a steep valley with beautiful views of cliffs in foliage (left) and of the northern Presidentials (right). 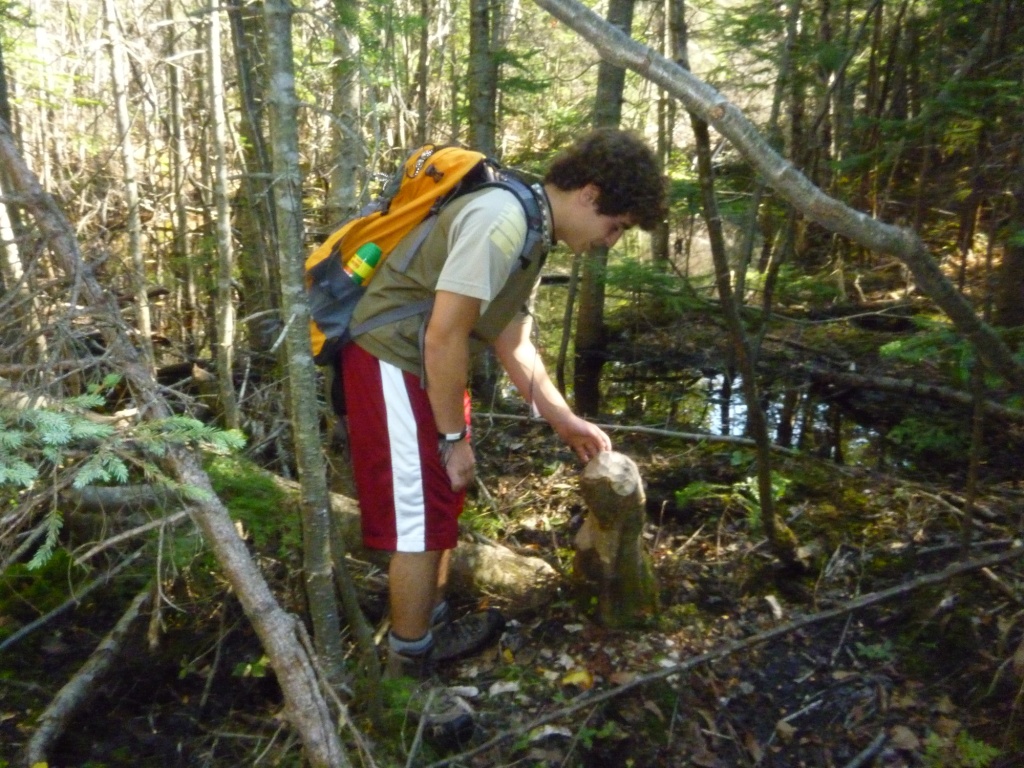 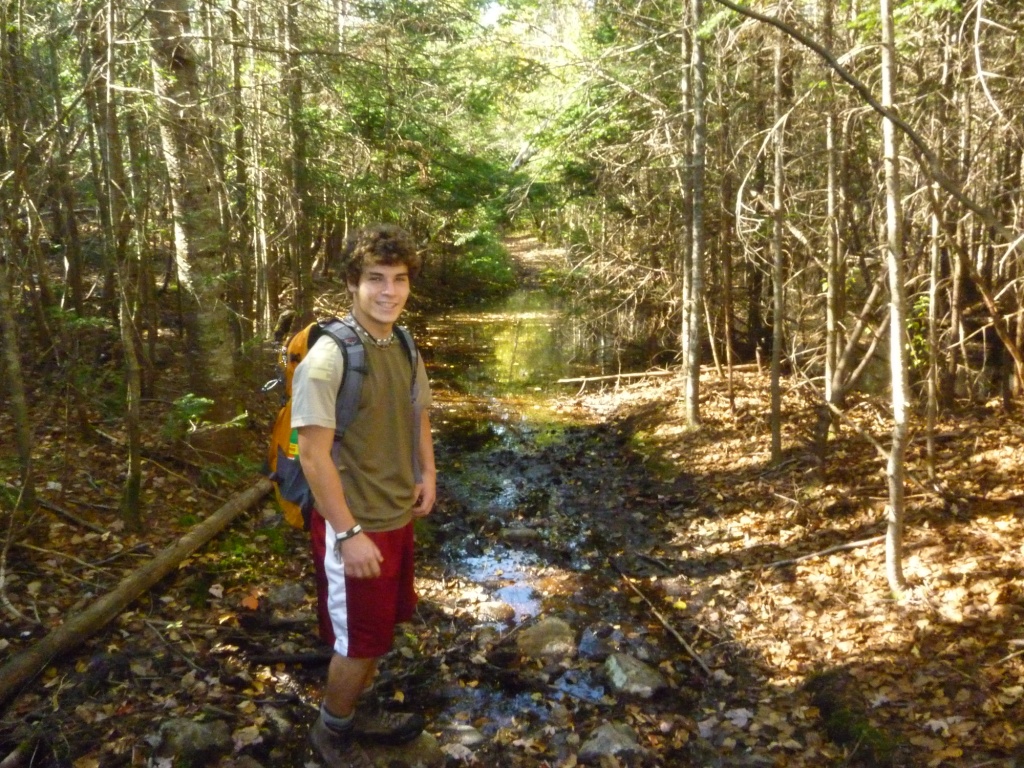 At the end of the valley is a notch above which the horizon opens up to a high plateau of open forest and swampy terrain. We saw plenty of beaver dams with evidence of very recent activity from fresh wood chips strewn around tree stumps (left). The beaver dams flooded the trail in a number of places (right). In fact there was a lot of water throughout this hike - streams along the trail, swamps, ponds, flooded and muddy trails. 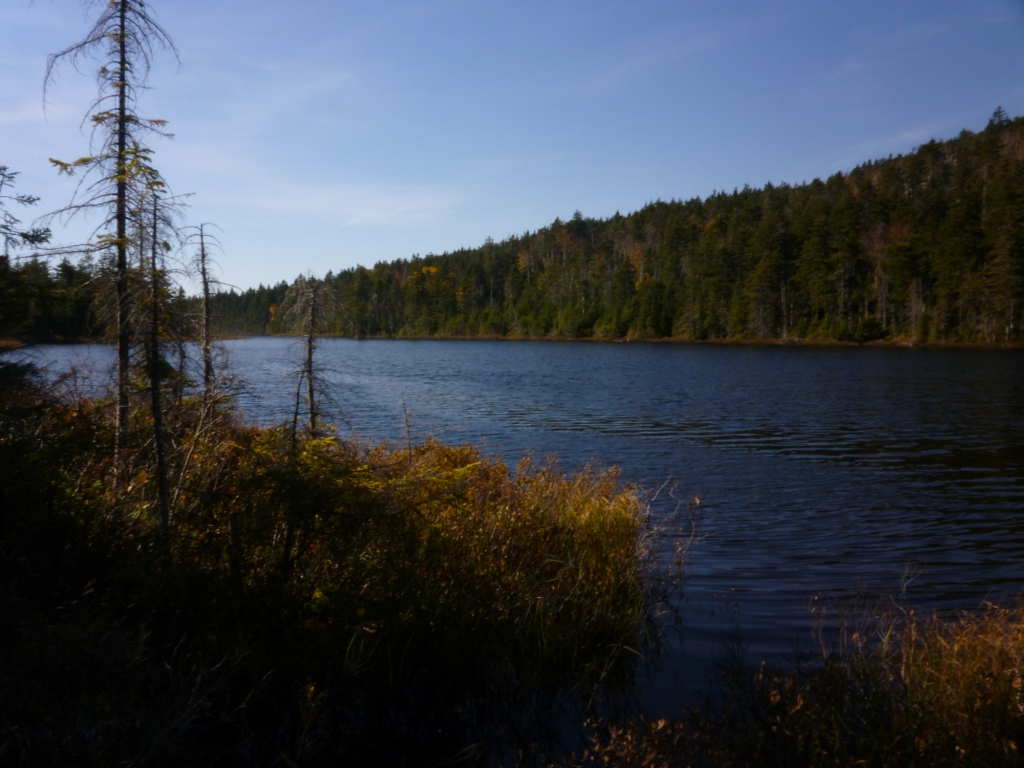 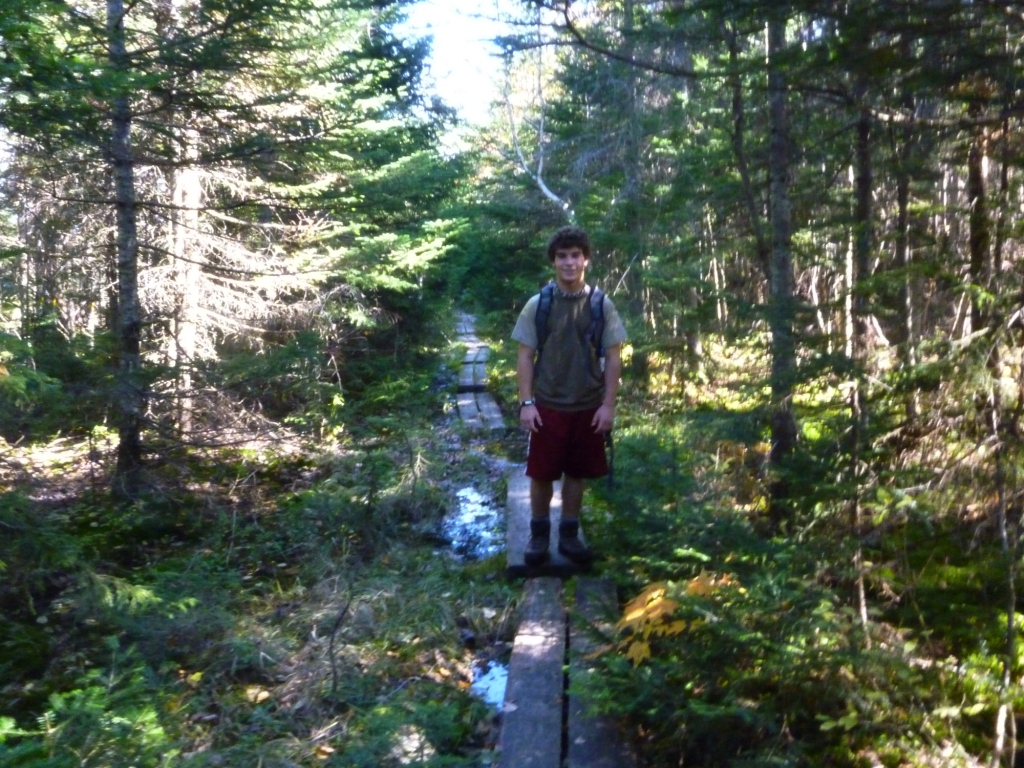 Continuing on across this swampy plateau we reached Dream Lake (left). This is where Alex had rebuilt several bog bridges with his crew and we were happy to find them in great condition (right). I felt very proud of Alex and grateful for his hard work in service to the hiking community. As if on cue a lone hiker showed up, the only hiker we would see all day, and he was the perfect prop for me to boast about my son and show off the result of his labor. 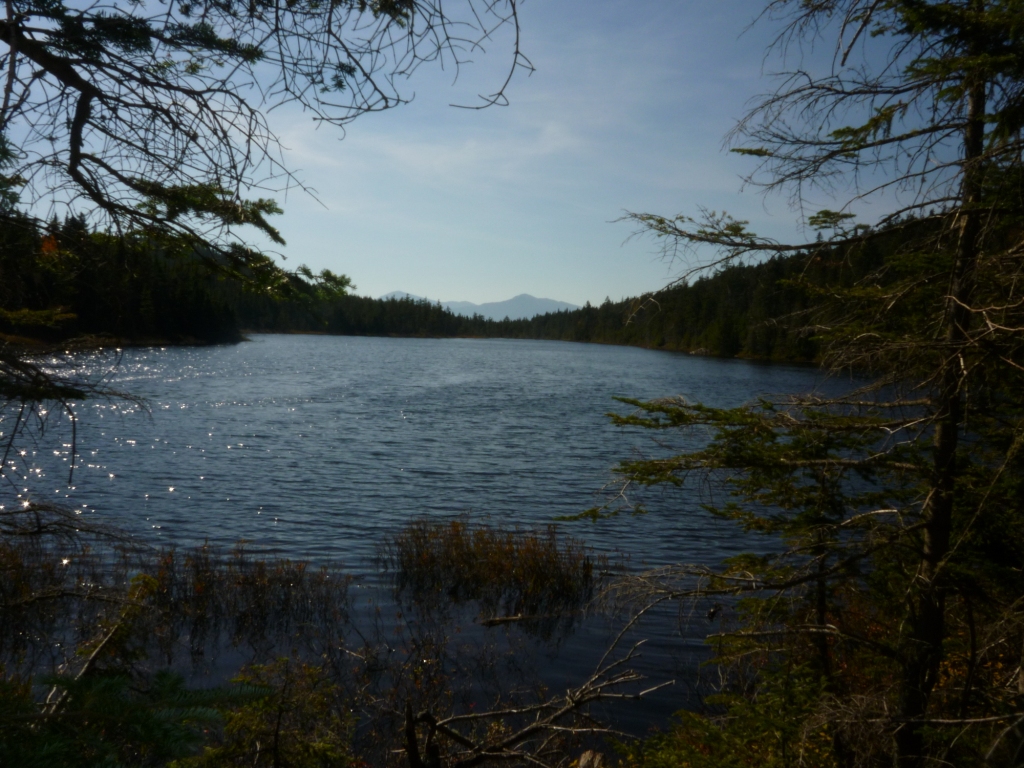 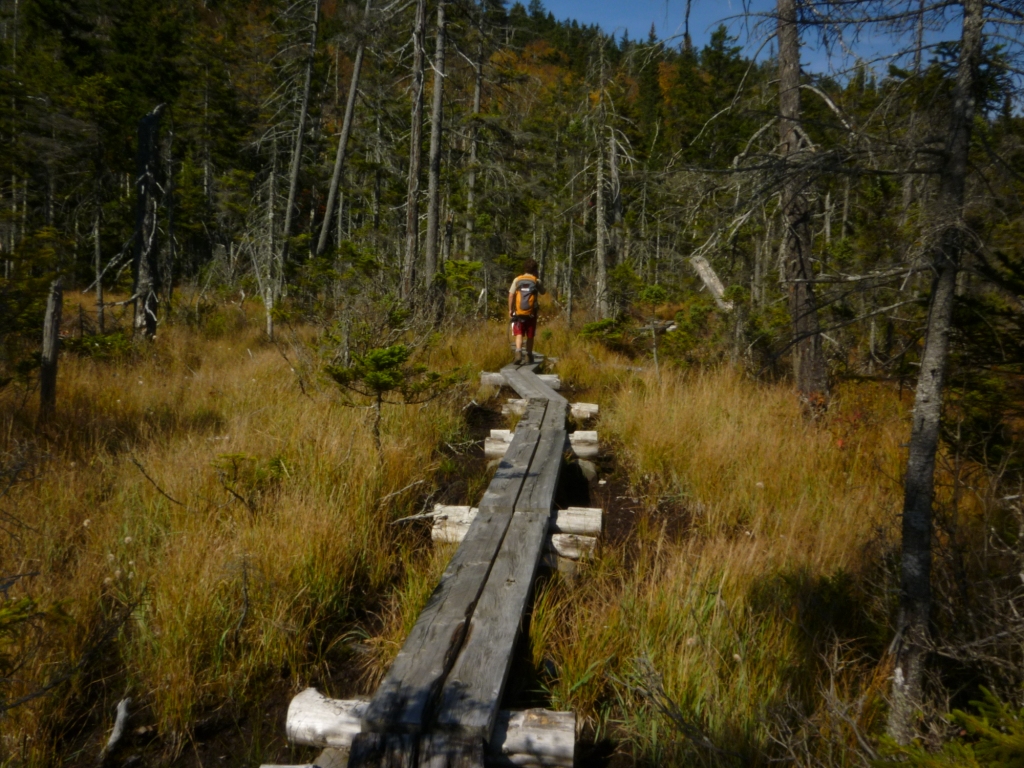 We continued around Dream Lake to the junction with the Dryad Falls Trail at the end of the lake, and turned left to hook up with the AT. We stopped for lunch at the northern end of Dream the lake with a view back towards the northern Presidentials (left). We saw a well-hidden metal post from someone who had dispersed his wife's ashes here in 1989. From there we continued to the junction with the AT, through another large swamp with bog bridges (right). 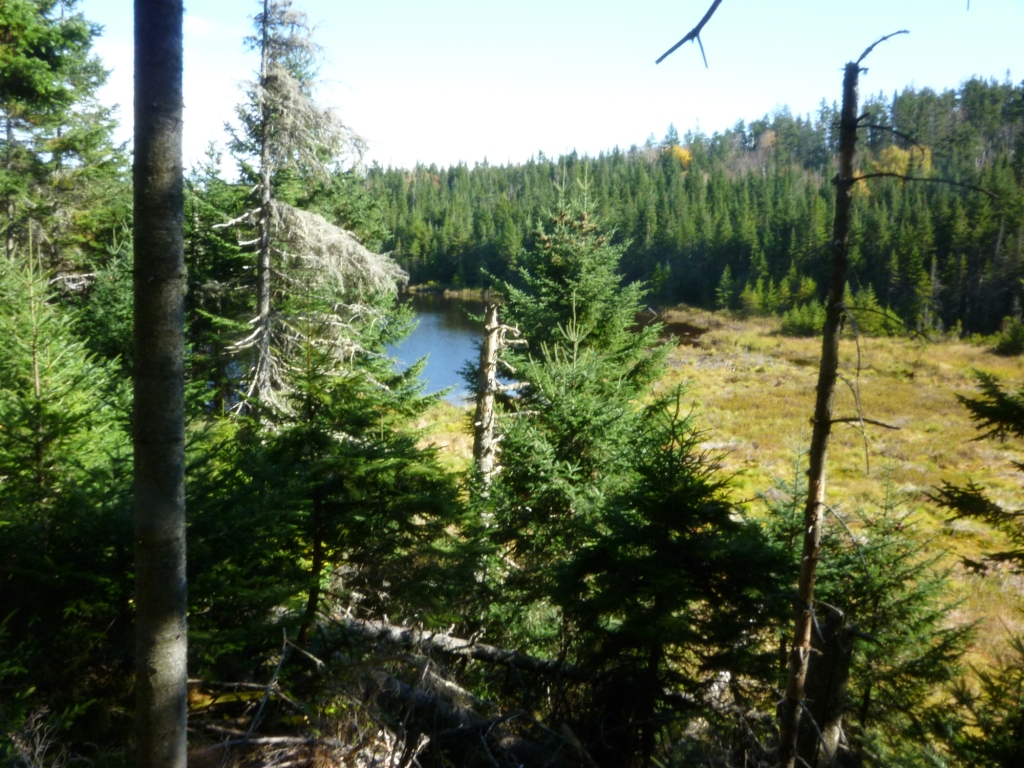 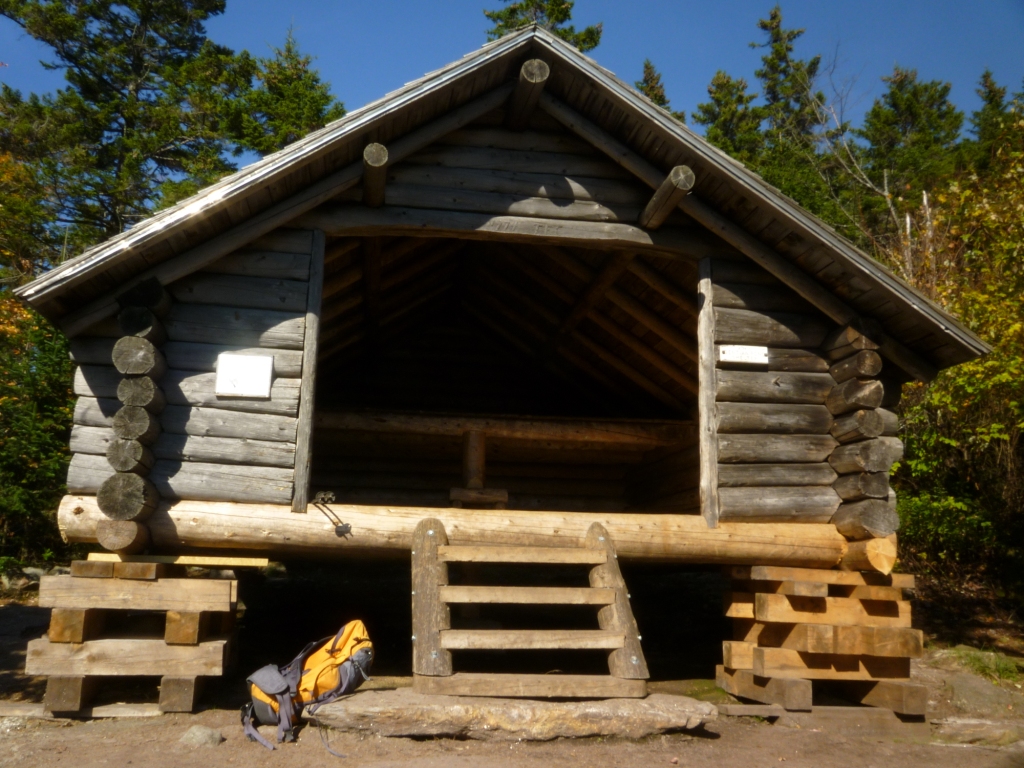 We saw no one on the AT section from Dream Lake to Gentian Pond - perhaps not surprising since it's getting very late in the season for through-hikers. This section of the AT didn't have that much elevation change but was very rough - lots of rocks and roots and mud. The forest had a northern feel and was very open. The trail took us by pretty Moss Pond (left), and continued on through swampy areas to a sign showing the AT making an abrupt turn left with the Gentian Pond shelter straight ahead. We suspected that this was Oscar's rerouting of the AT to have it avoid the shelter. We kept going straight to the shelter, which was in very good condition (right). An entry in the log book indicated that someone had stayed there the night before. 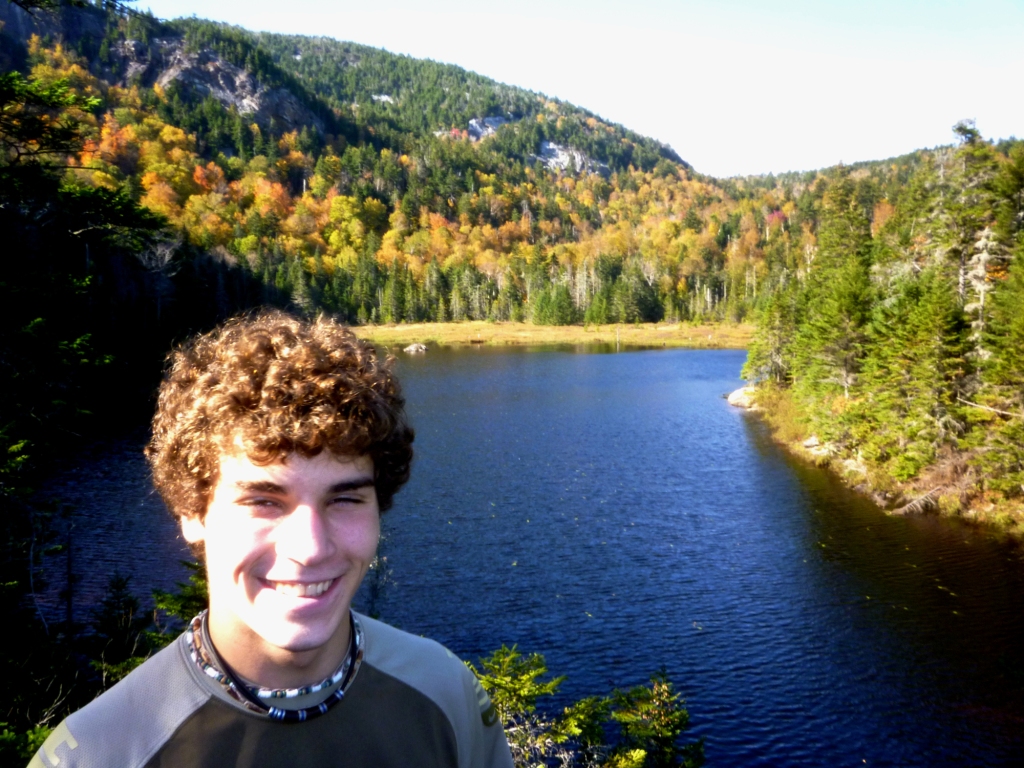 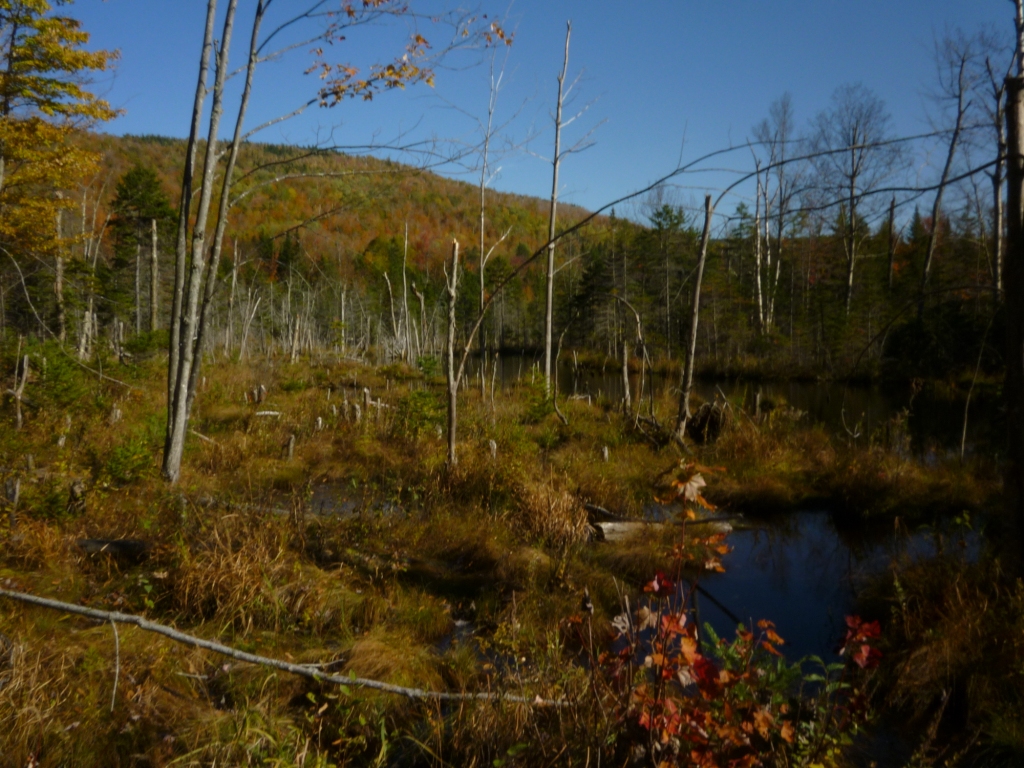 The shelter is right next to Gentian Pond and we climbed over a large rock for a great view across the pond (left). We then took the Austin Brook Trail to head back down. Oscar had told me of a long steep trail that he had to climb every morning to get to his work site on the AT and this was obviously it. Eventually we got to another flat swampy area with a large beaver pond (right). It's not clear to me why the trail crew had to camp here rather than at the Gentian Pond shelter. That would have saved them substantial energy. 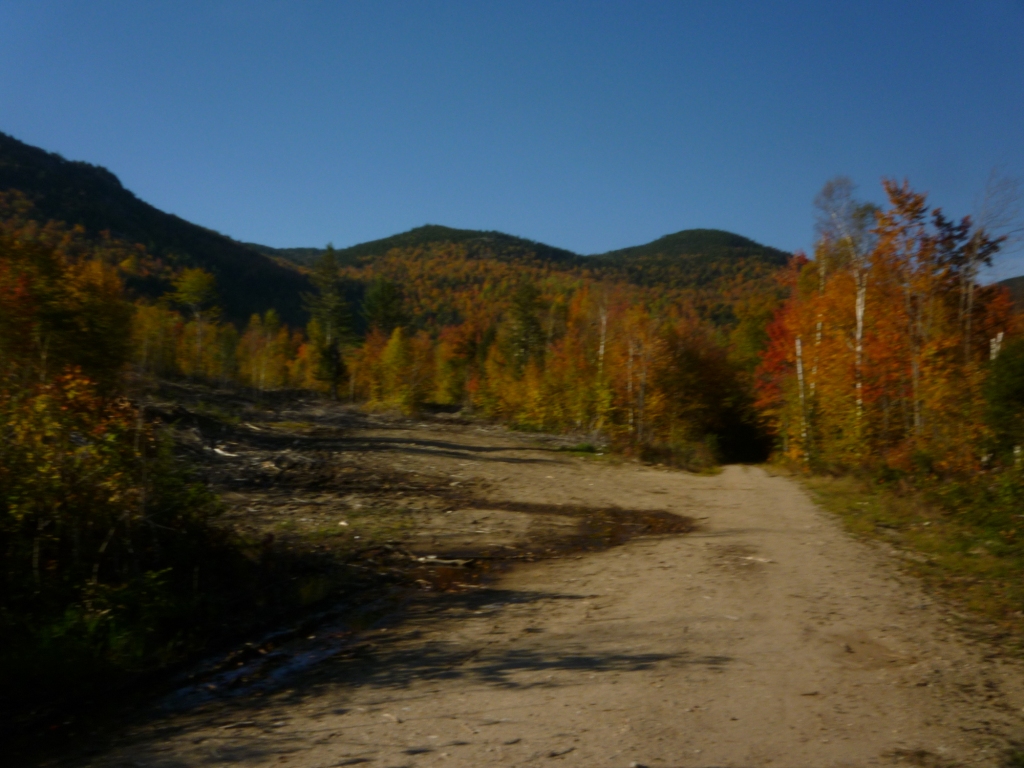 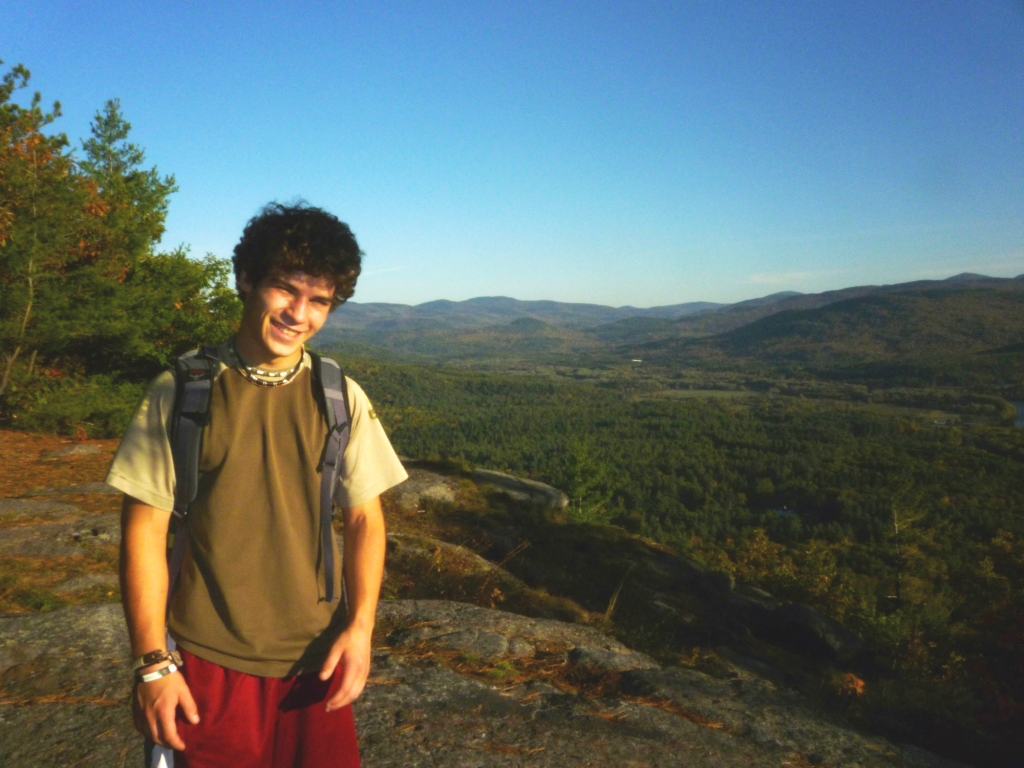 We continued on the Austin Brook Trail, crossing the beaver pond on bog bridges, and soon found ourselves in a major logging area with the trail going through clearcuts and crossing several logging roads rutted by heavy machinery. Eventually the trail itself became a logging road. This did not rank very high as a wilderness experience, but the terrain opened by the clear-cuts provided some nice views looking back to the AT ridgeline (left). Shortly before reaching the Austin Brook trailhead we turned right on the Yellow Trail to go up to Mt. Crag, from which we had a beautiful view of the Androscoggin Valley looking towards Maine in the late afternoon light (right). We went down Mt. Crag the other way back to North Rd., and walked 1.1 mi. to the car. It is amazing that we only saw one person for the whole day - on a gorgeous Columbus Day week-end! Goes to show that even on the busiest days you can easily find quiet spots in the White Mountains.