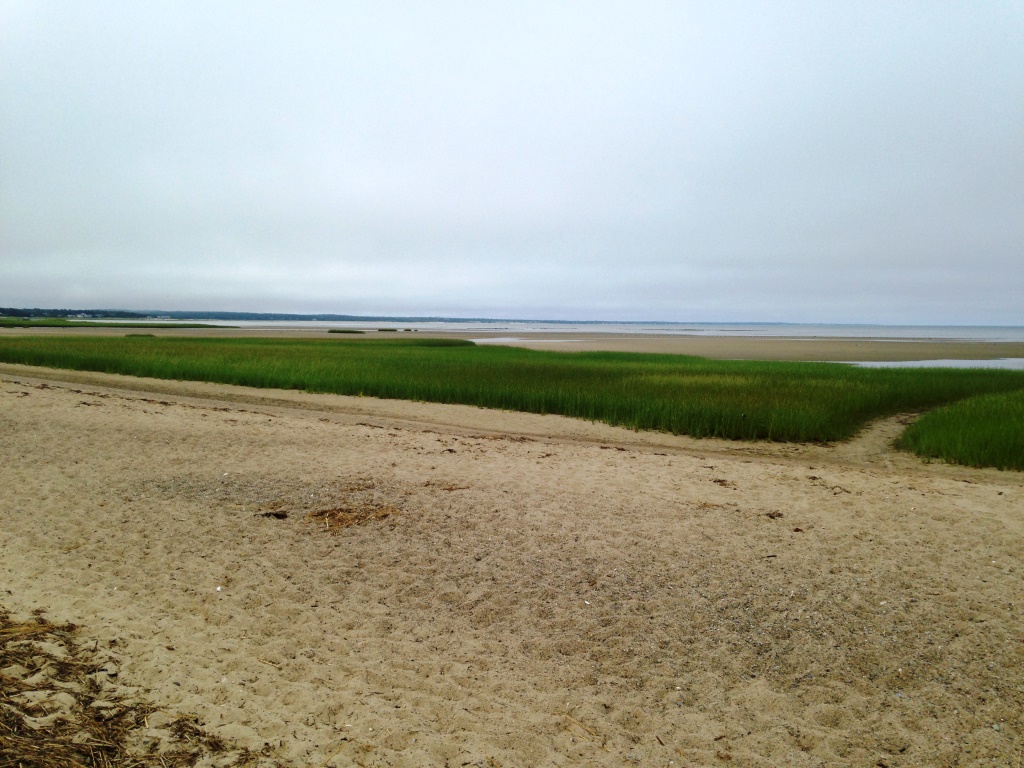 On the weekend of August 17-18, Janice and I headed to Cape Cod for a wedding. This also happened to be our anniversary. A change from the mountains. On Saturday morning I biked the Cape Cod Rail Trail from Dennis to Eastham, and took a side trip to First Encounter Beach (left) where my brother-in-law Bill has a commercial oyster operation. Just by chance he happened to be working on his oyster beds and it was a nice surprise (right). 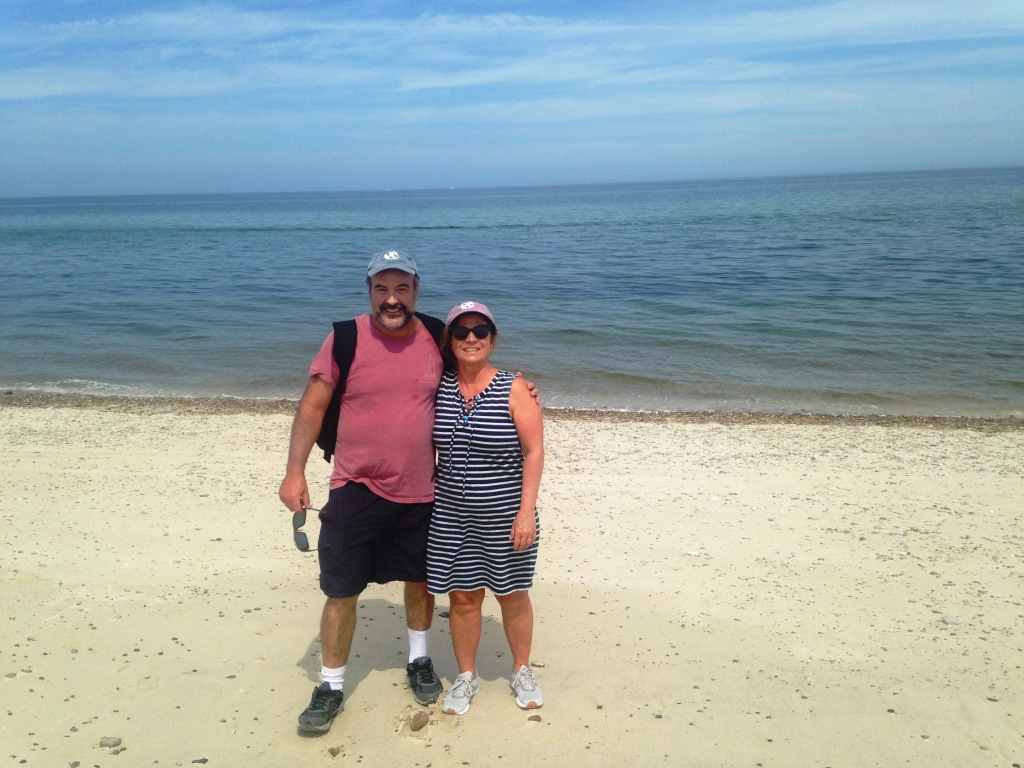 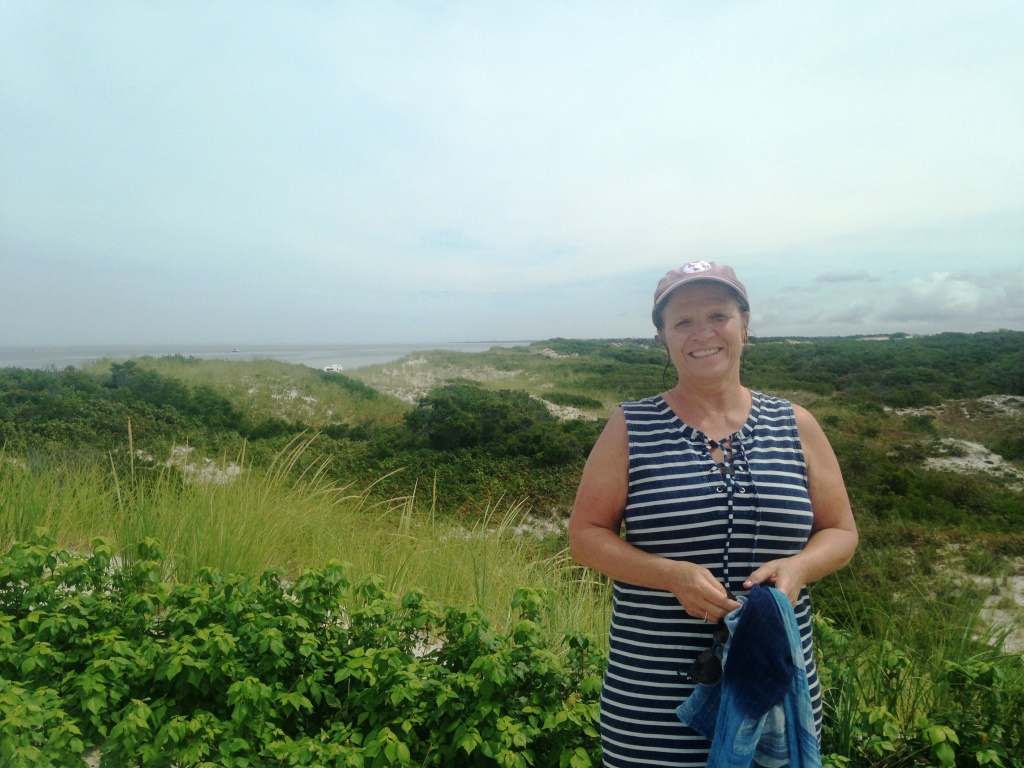 On Sunday morning Janice and I walked Sandy Neck in Sandwich, going for about an hour on the largely empty stretch of beach (left). We went into the dunes (right) where we saw some nice primitive campsites nestled in the pine trees. We were planning to walk back through the dunes but the footing on the sand was not good so we returned by the beach. By the time we returned it was mid-afternoon and the place was packed with RVs - happy folks in beach chairs, barbecues, flags-a-flying, garish floats. A cultural experience, reminiscive of the Saco River in North Conway. This is one of only three beaches I know in Massachusetts that allow RVs (others are Duxbury and Nantucket). 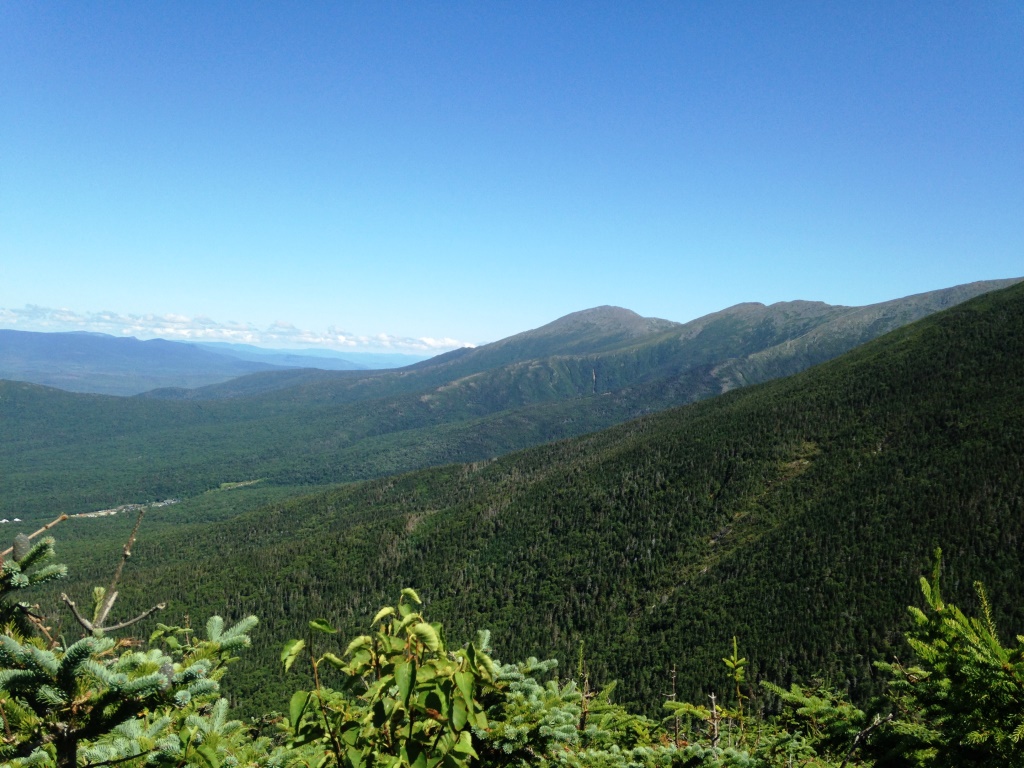 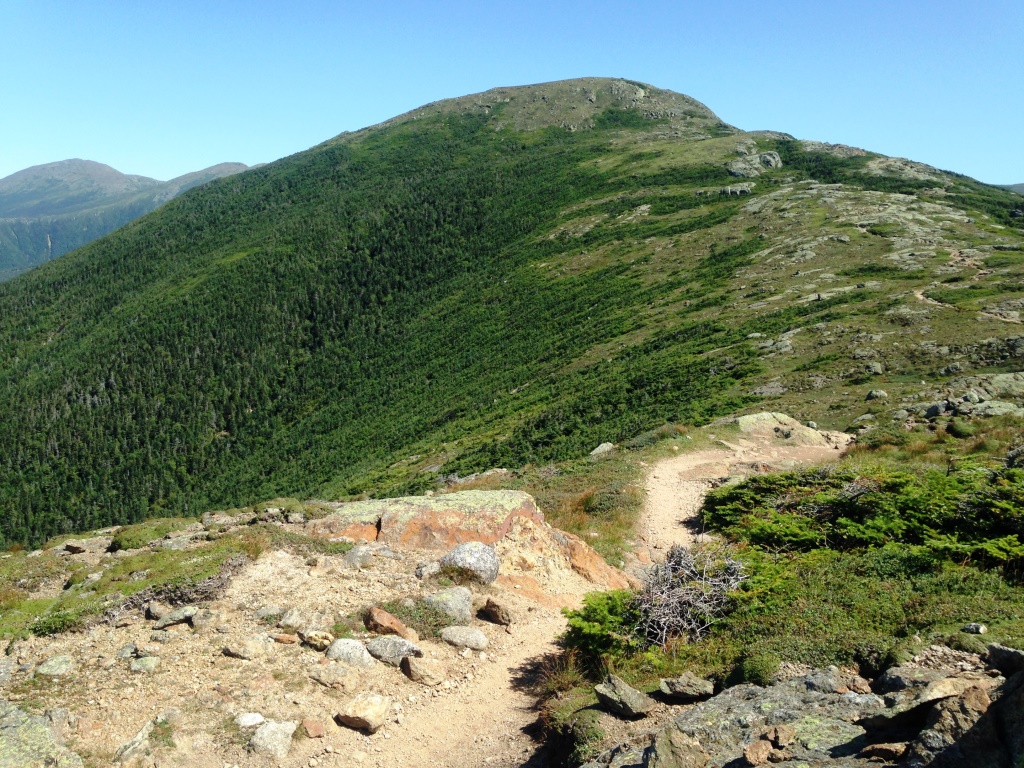 The next weekend it was back in the mountains for a relatively short hike with Peter Wyatt over Eisenhower and Pierce. We took the well-graded Edmands Trail up Eisenhower, emerging above treeline for a great view of the northern Presidentials (left) and the ridge toward Mt. Franklin (right). 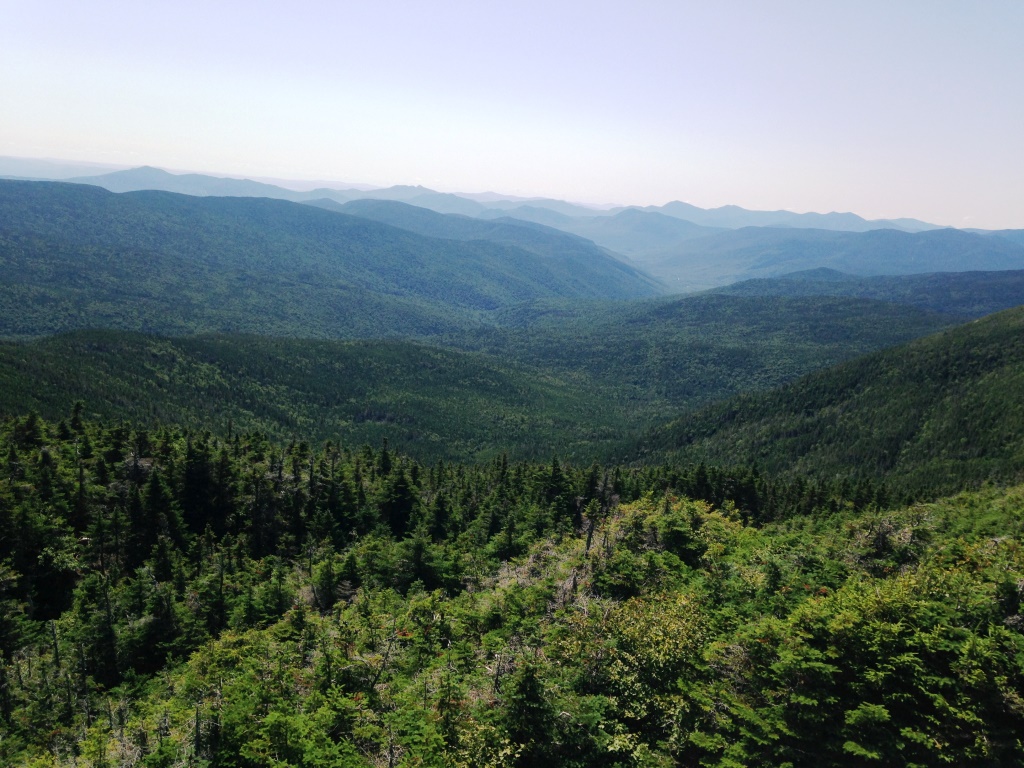 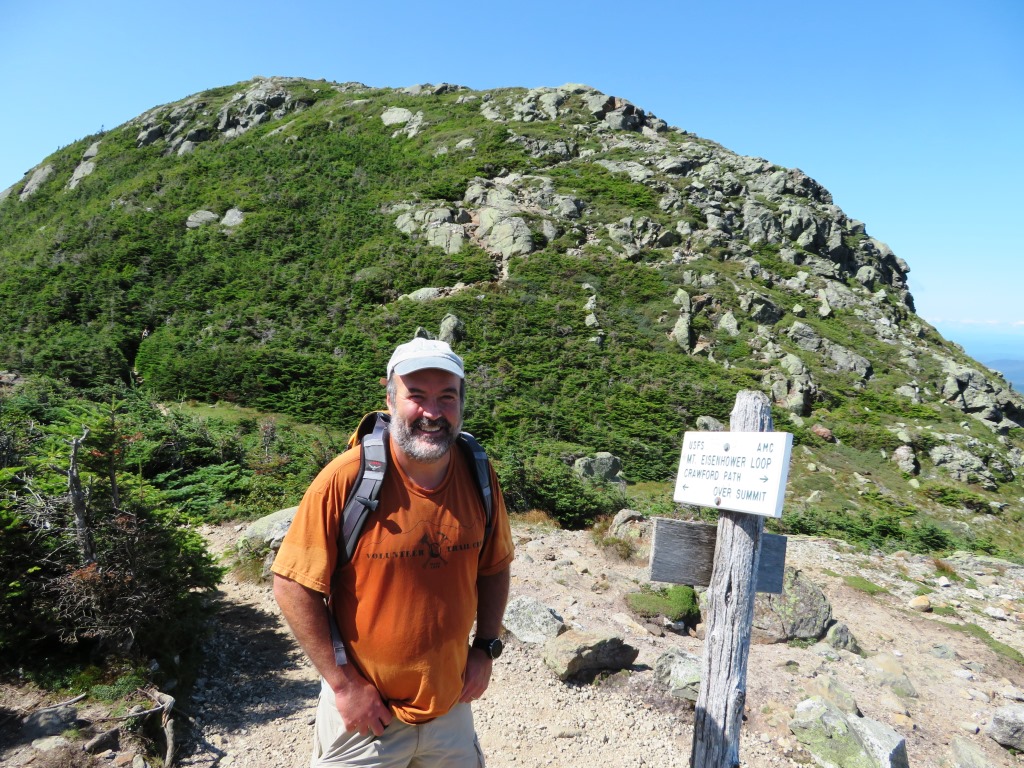 We ventured off the trail a bit for a sweeping view of Dry River Valley (left) and then finished climbing Eisenhower (right). 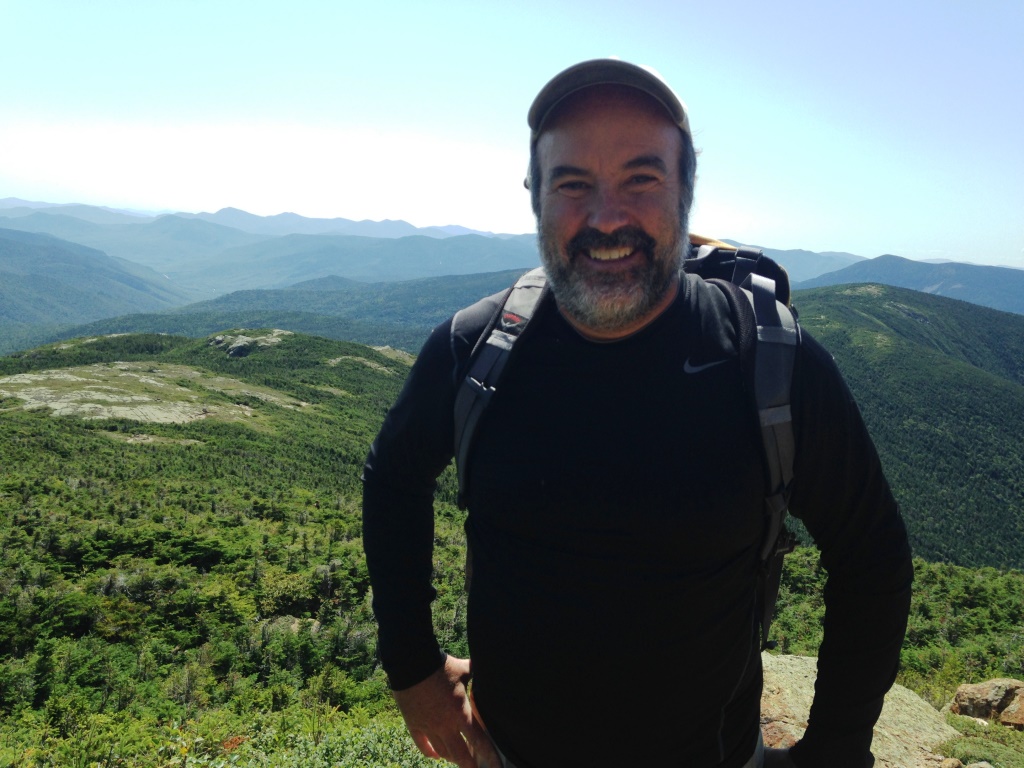 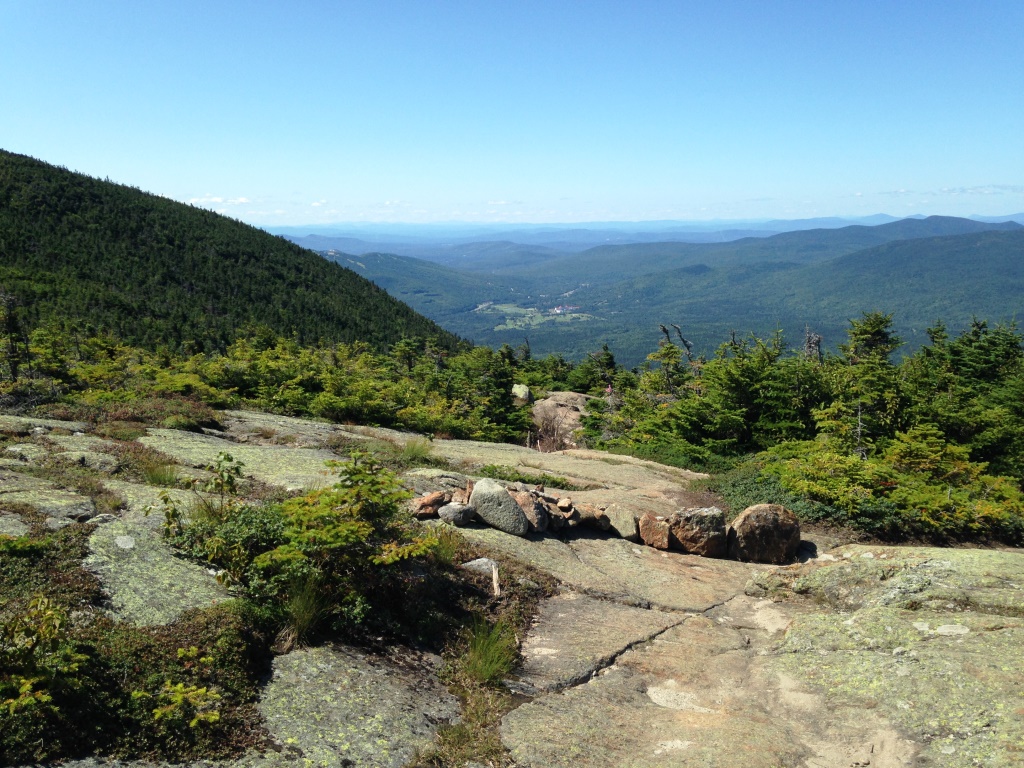 From there we started down toward Pierce (left). This is a beautiful stretch of trail, very well constructed because of heavy traffic. The spine of the southern Presidentials has a gentle rolling look with lots of green from stunted vegetation, quite a contrast from the rugged rock piles of the northern Presidentials. On the way to Pierce we had a nice view of Bretton Woods as an island in an ocean of green (right). 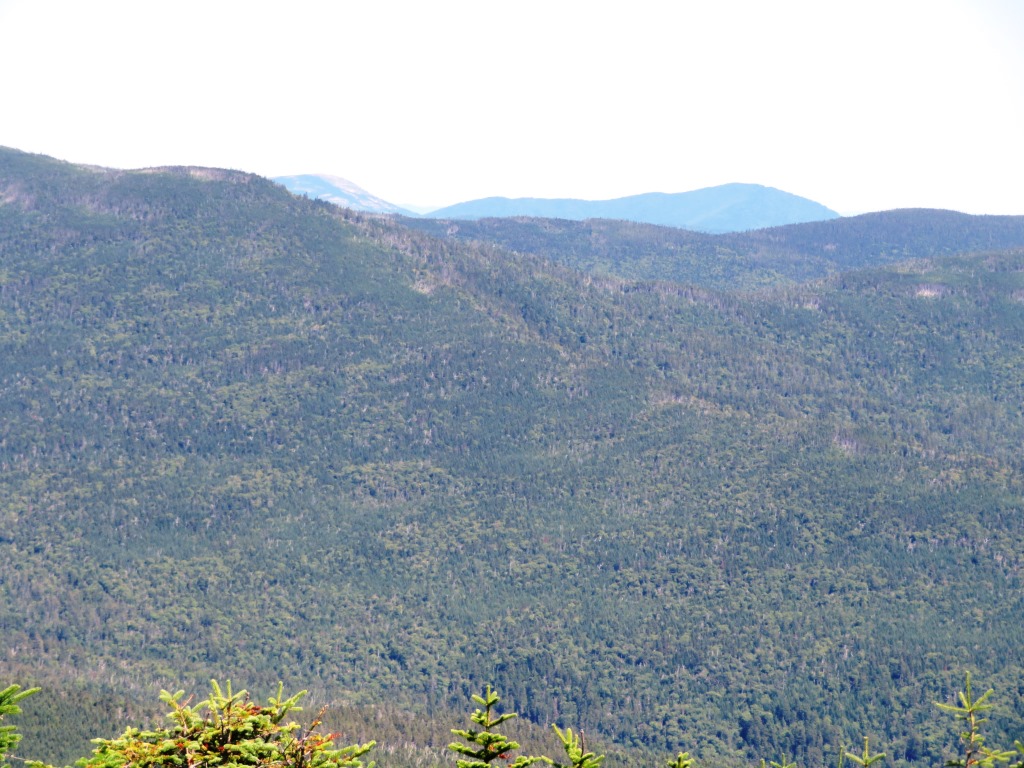 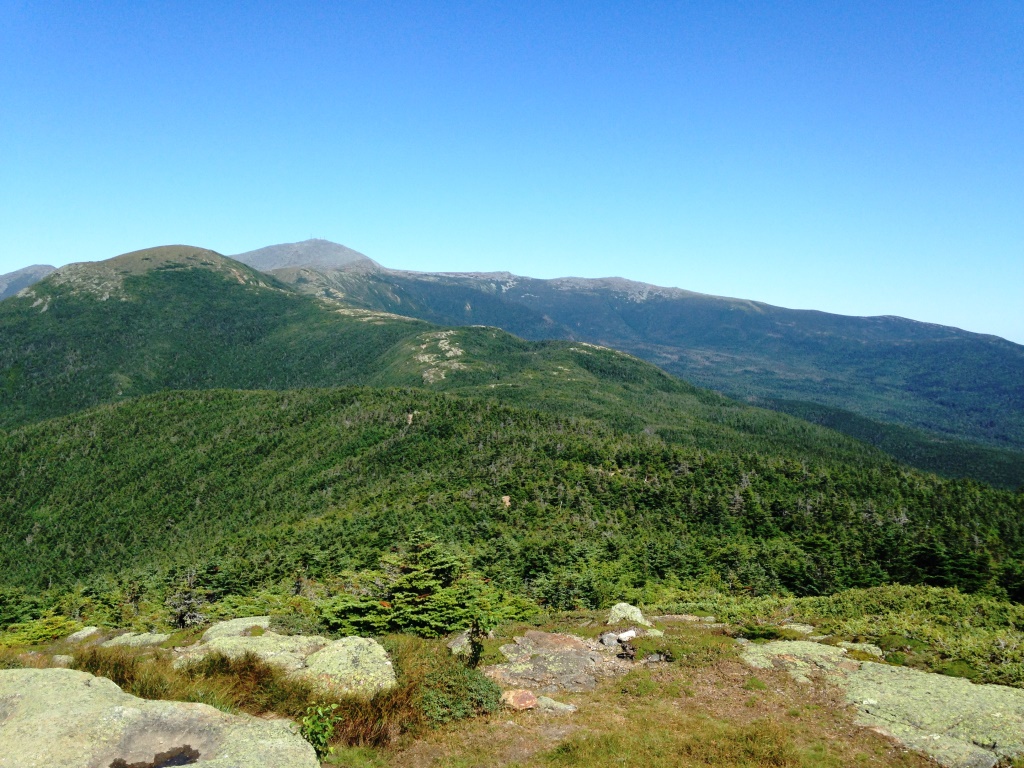 Further on we saw the Wildcats and Carter Notch poking behind the Montalban Ridge, for a total of five visible ski areas from the trail: Loon, Bretton Woods, Attitash, Cranmore, and Wildcat. From the top of Pierce we could look back at the chain of the southern Presidentials all the way to Mt. Washington (right). We finished the hike by going back down the Crawford Path.