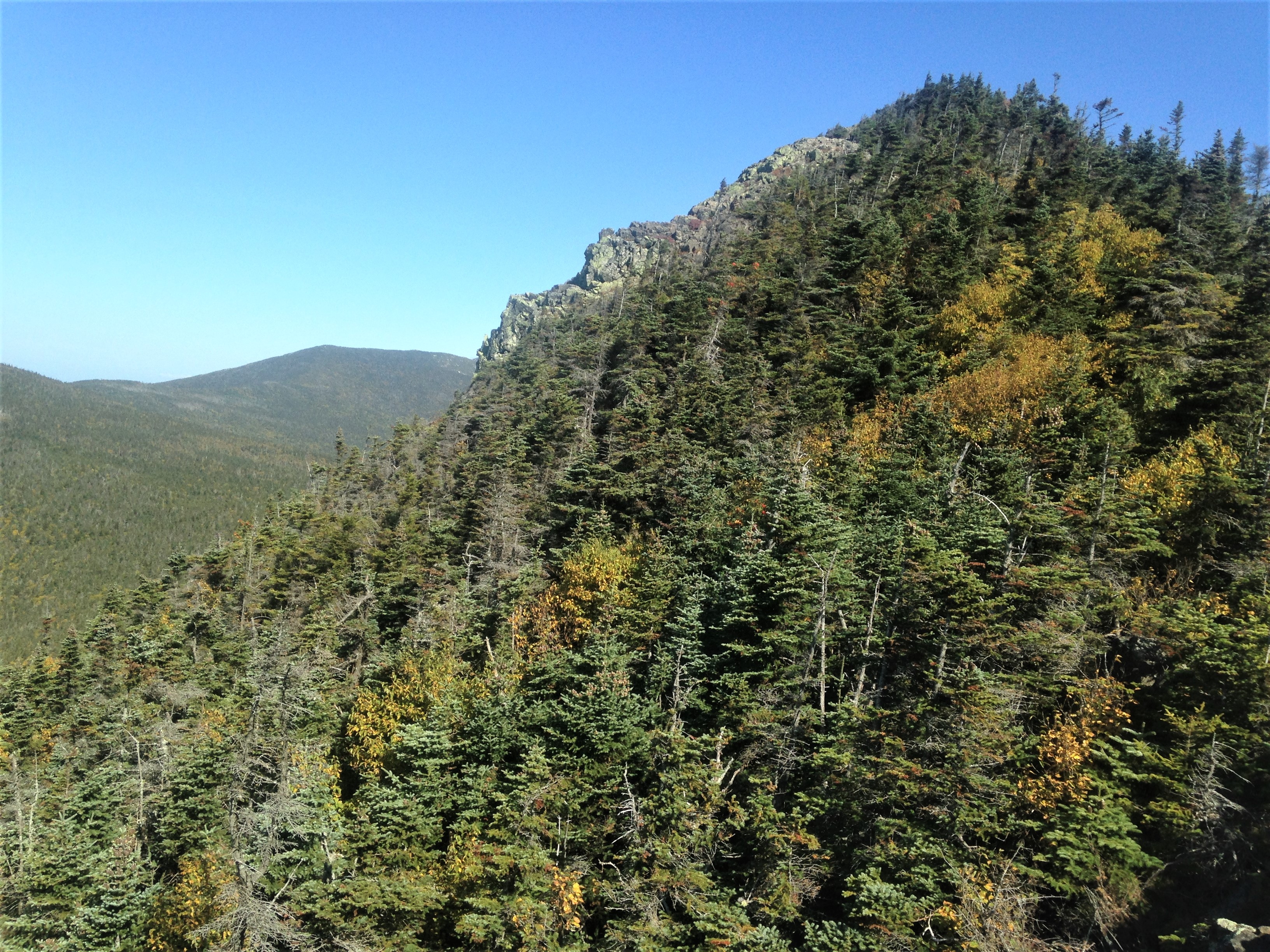 Franconia Ridge is arguably the most beautiful hike in the Whites. This is not a secret and it draws huge crowds on beautiful days. This was such a day but that hike is still worth doing for the views, just don't expect to be alone. Peter Wyatt and I did the whole ridge, climbing up the Flume Slide and down the Greenleaf Trail, having spotted a car at the Cannon Tramway parking lot. Just before getting to the top of Flume we took a side trail to get a view of Loon to the south and the peak to the north (left). From the top of Flume we could see the whole Franconia Ridge stretching northward (right). 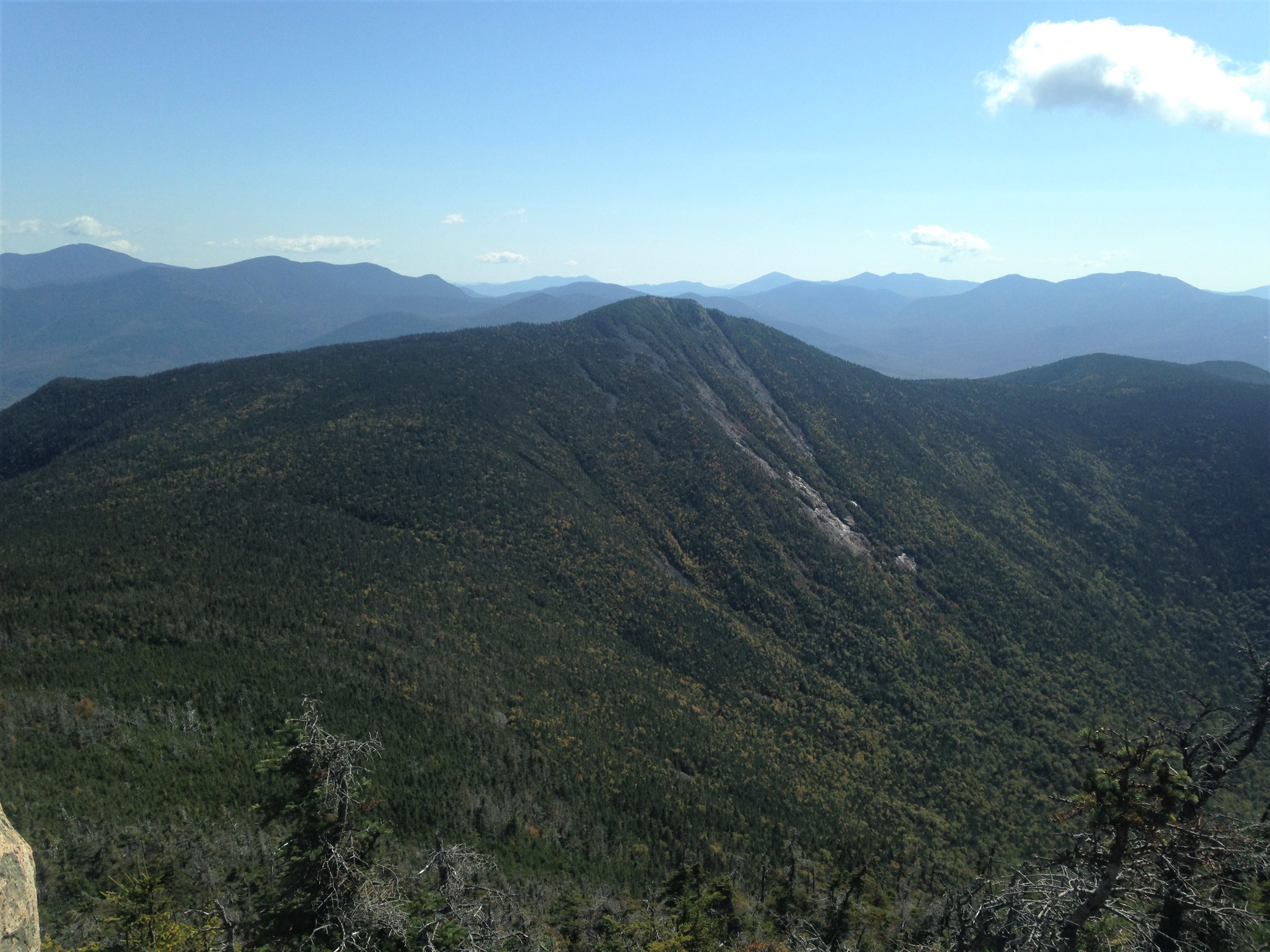 We dropped to the col between Flume and Liberty and up Liberty, from which we could look back at Flume (left) and again ahead to the rest of the ridge (right). There were black flies on the top of Liberty - on September 20! Time for climate action. 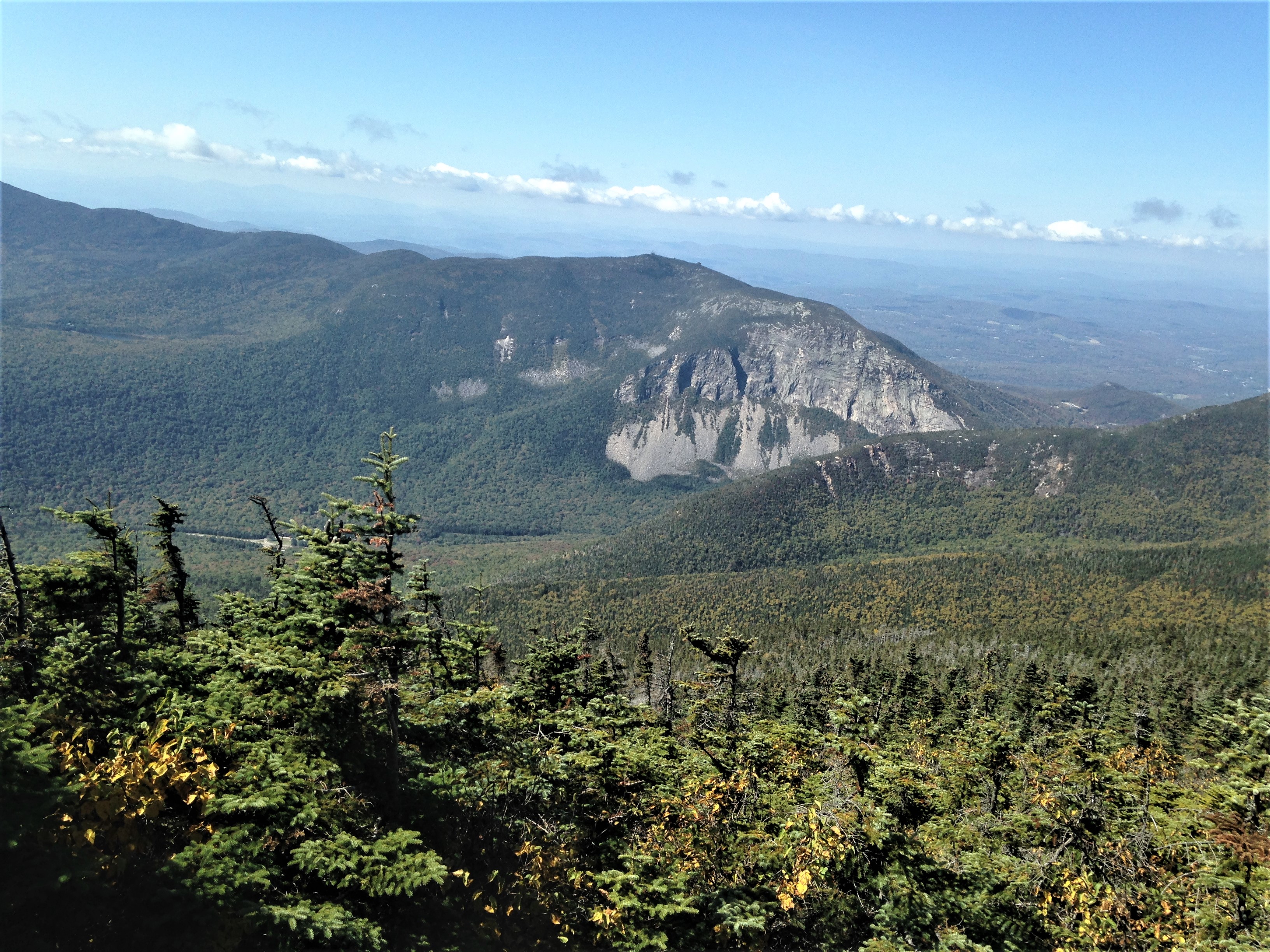 We went on to Little Haystack and hardly saw anyone on that leg - we were in the gap between the popular Flume-Liberty Loop and the even more popular Lincoln-Lafayette Loop. As we approached Little Haystack though, we saw hikers emerging from the Falling Waters Trail like commuters out of the subway, and the top of Little Haystack was a mob scene. So we stopped at some distance for lunch, with again great views toward Liberty and Flume (left) and Cannon (right). 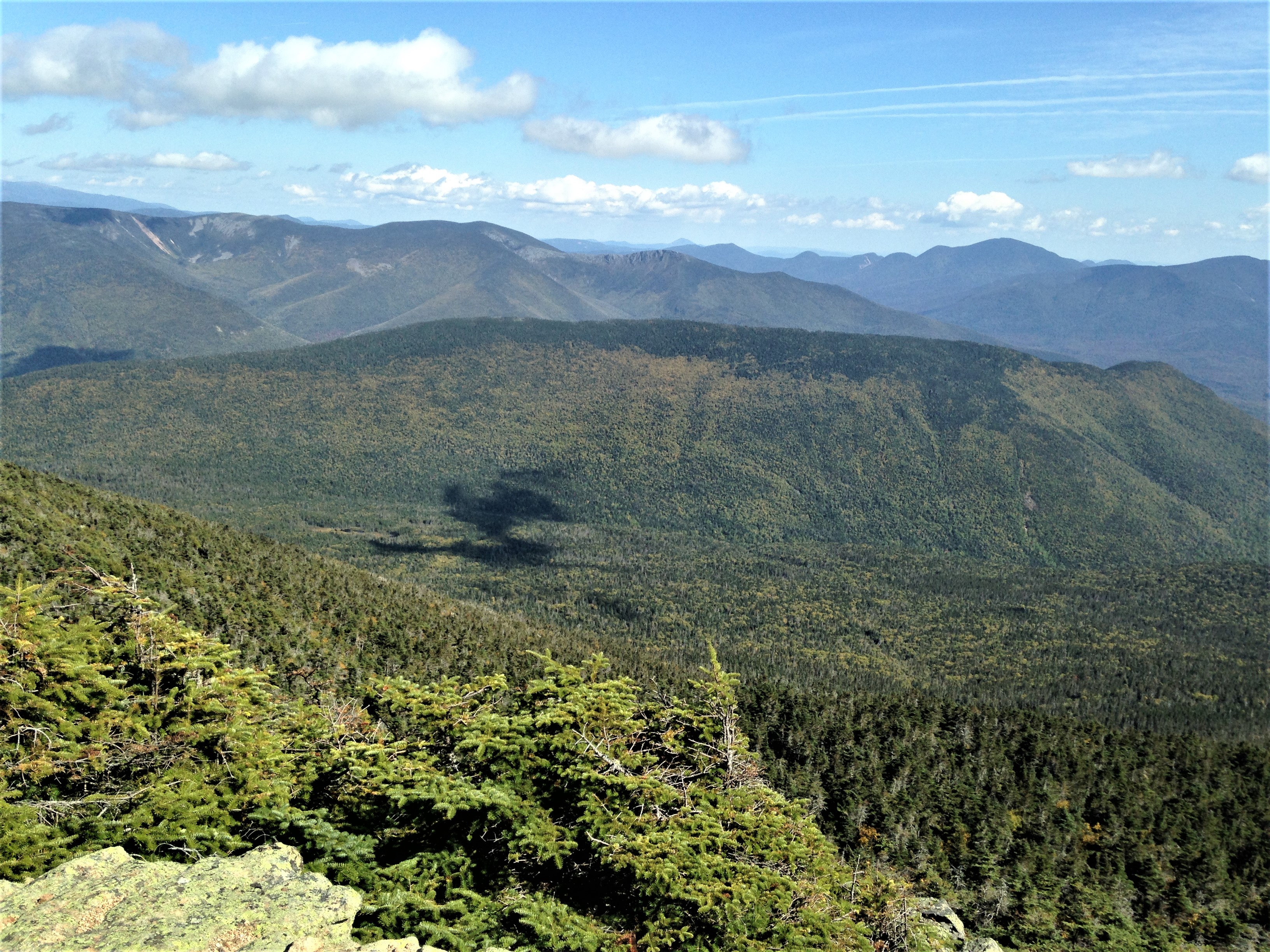 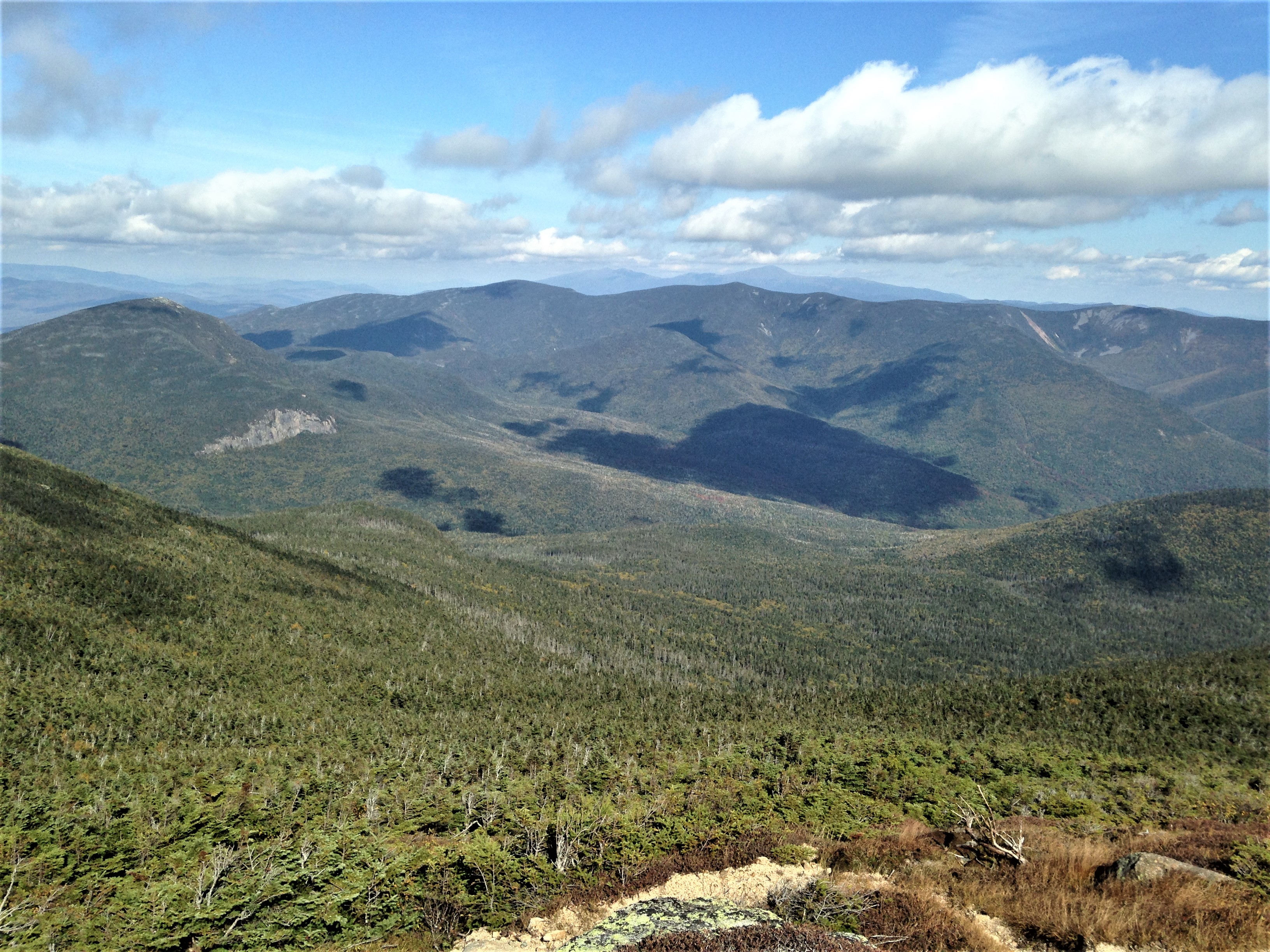 From now on we were above treeline all the way to Lafayette. We had great views to the east toward Owl's Head, the Bonds, and Carrigain (left) and to the north looking out to Garfield and the Twins (right). 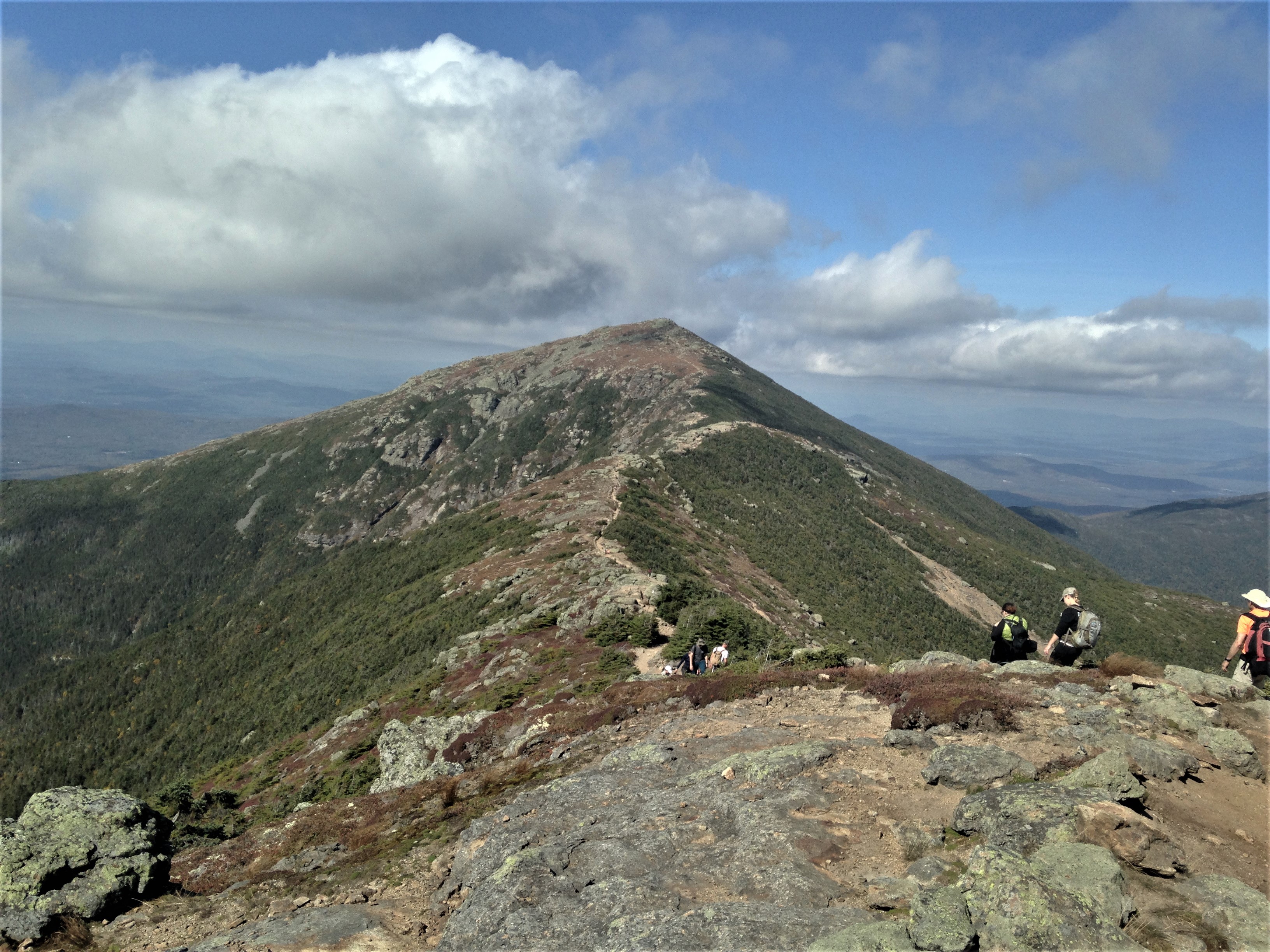 We went over Lincoln, continuing on to Lafayette (left). From the top of Lafayette we looked back southeast to Owl's Head, Carrigain, and the mountains of the southern Whites (right). 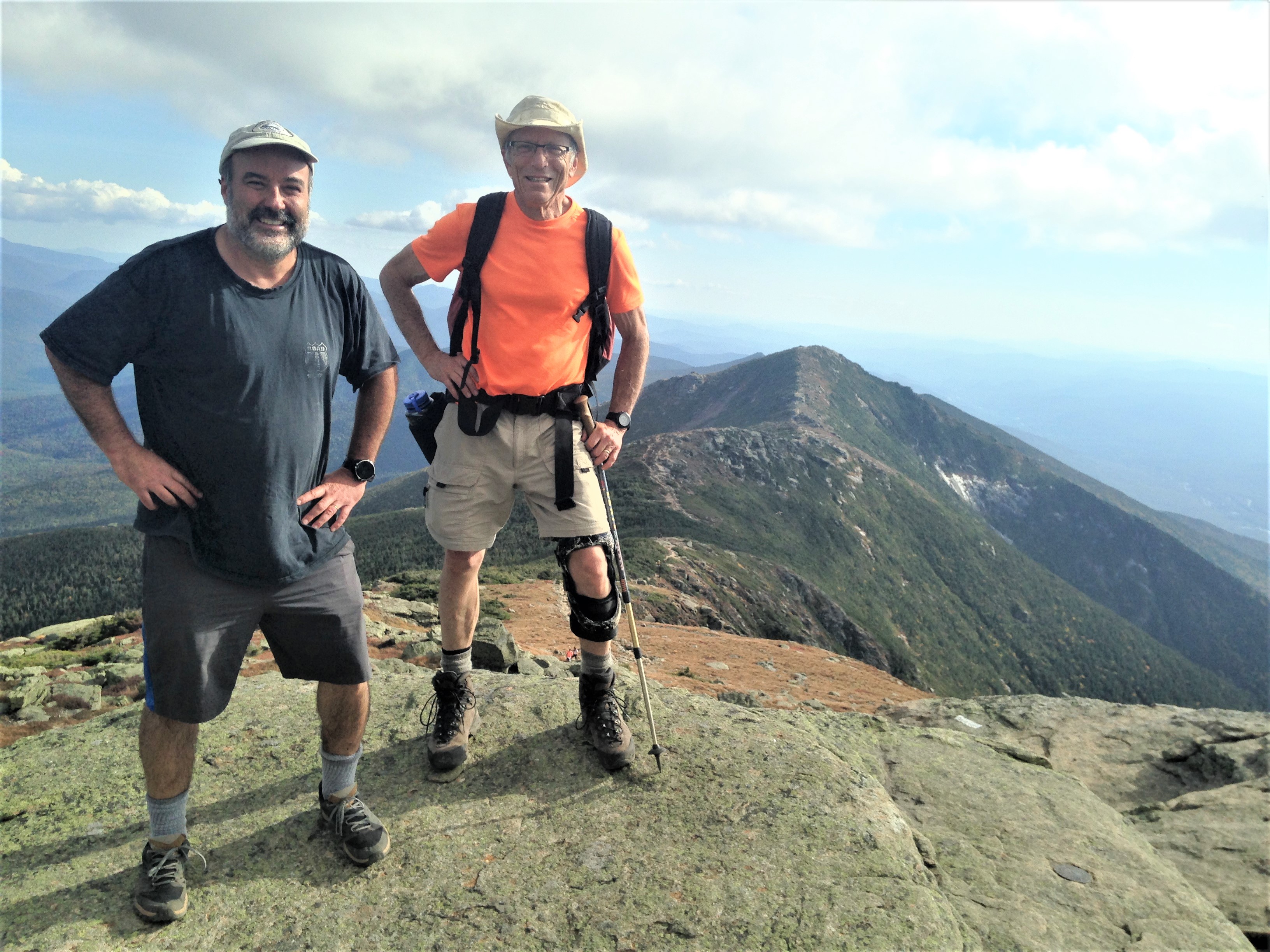 From Lafayette we could also look back to the whole ridge (left and right). 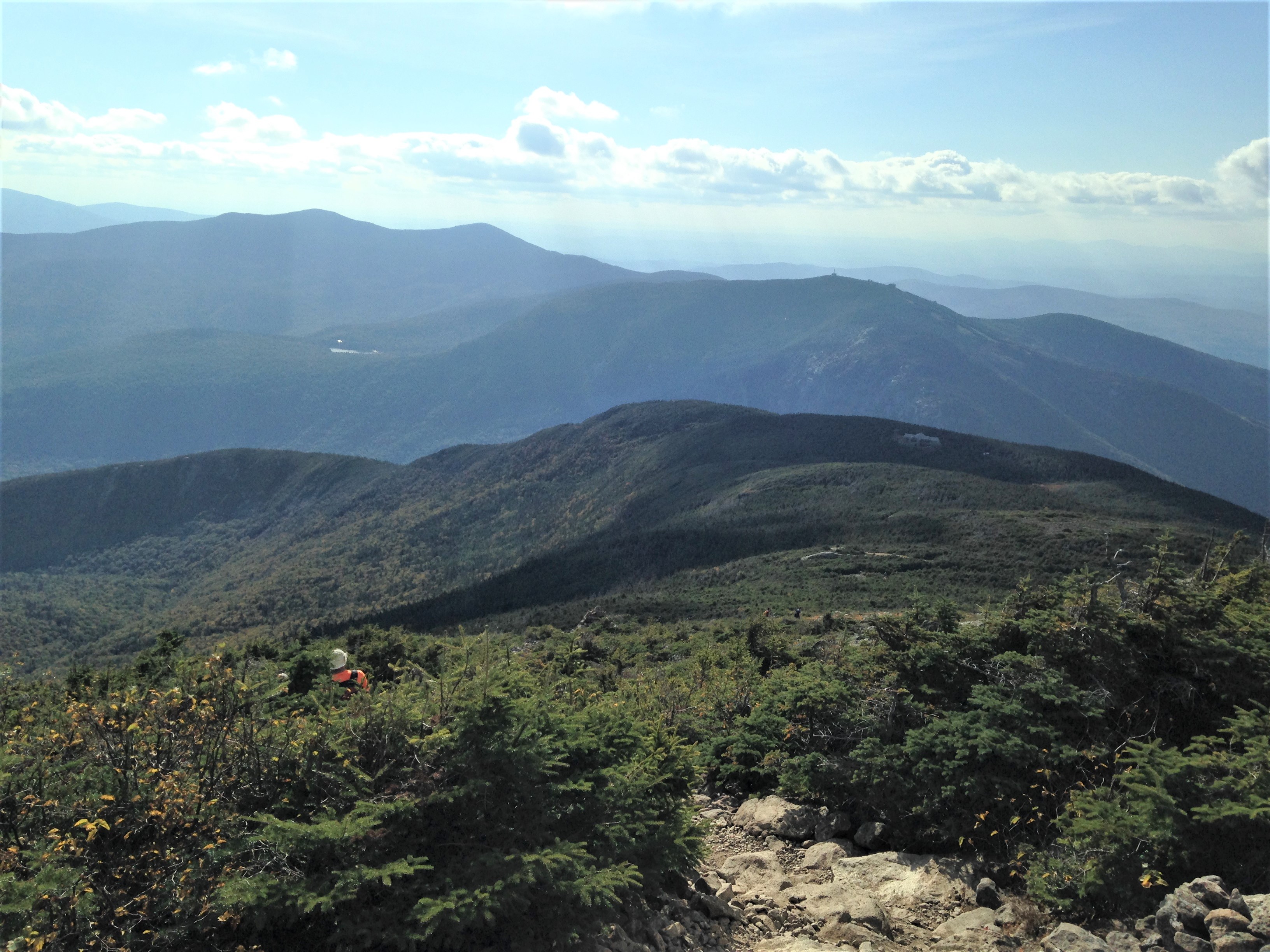 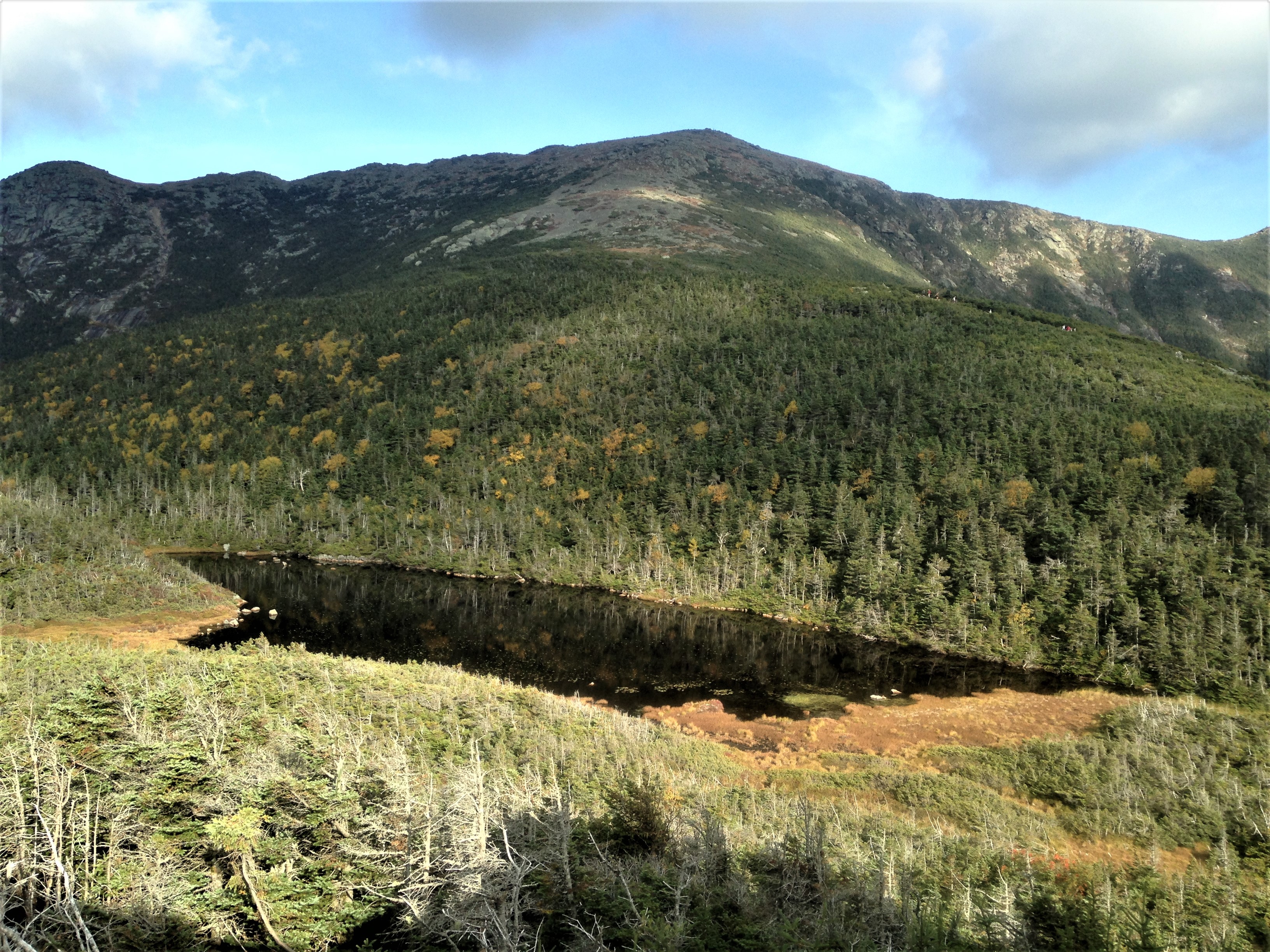 We then went down the Greenleaf Trail, looking out west toward the Kinsmans and Lonesome Lake (left), and to Greenleaf Hut from which I got this great picture of Lafayette towering over the lake (right). 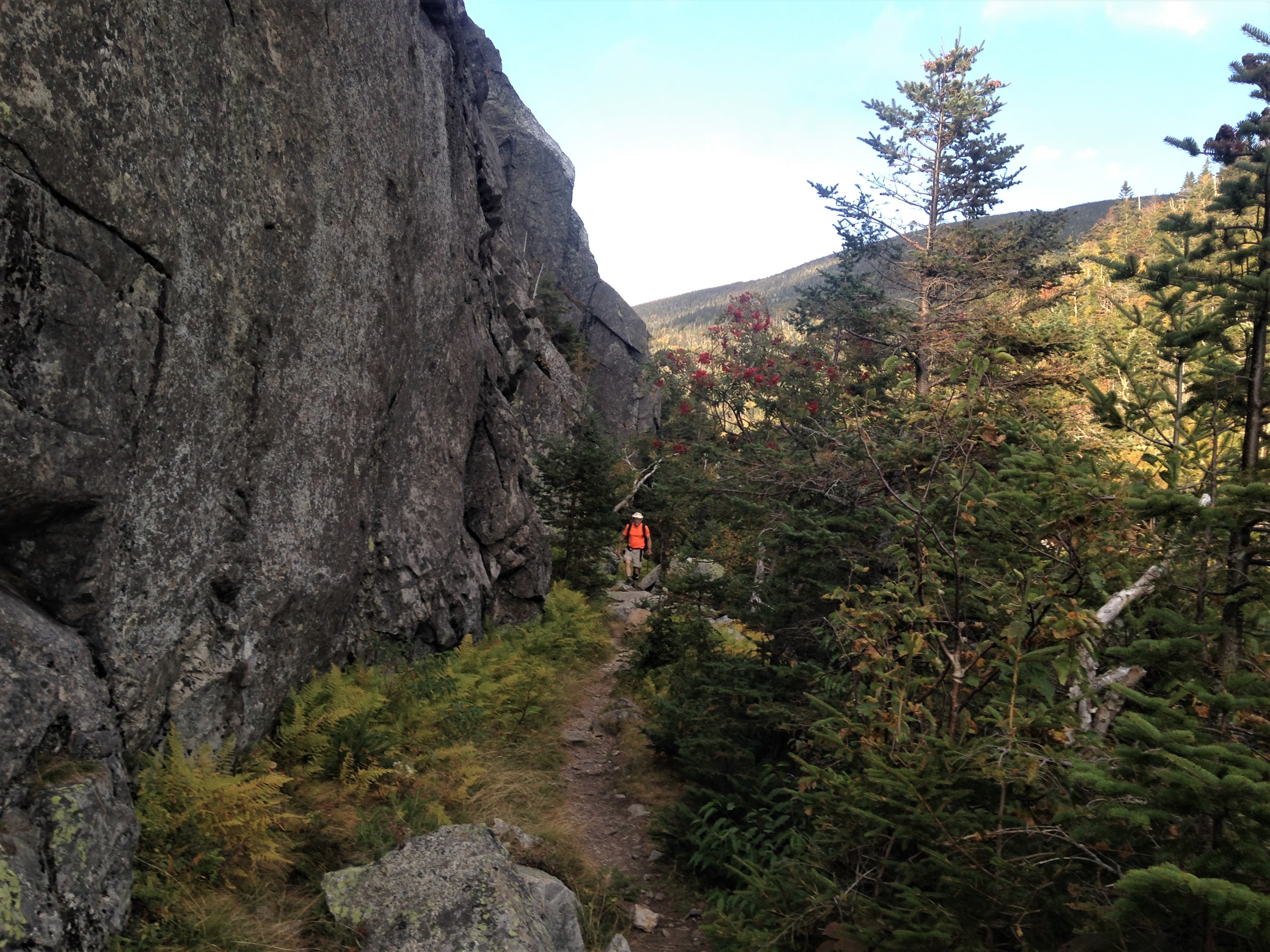 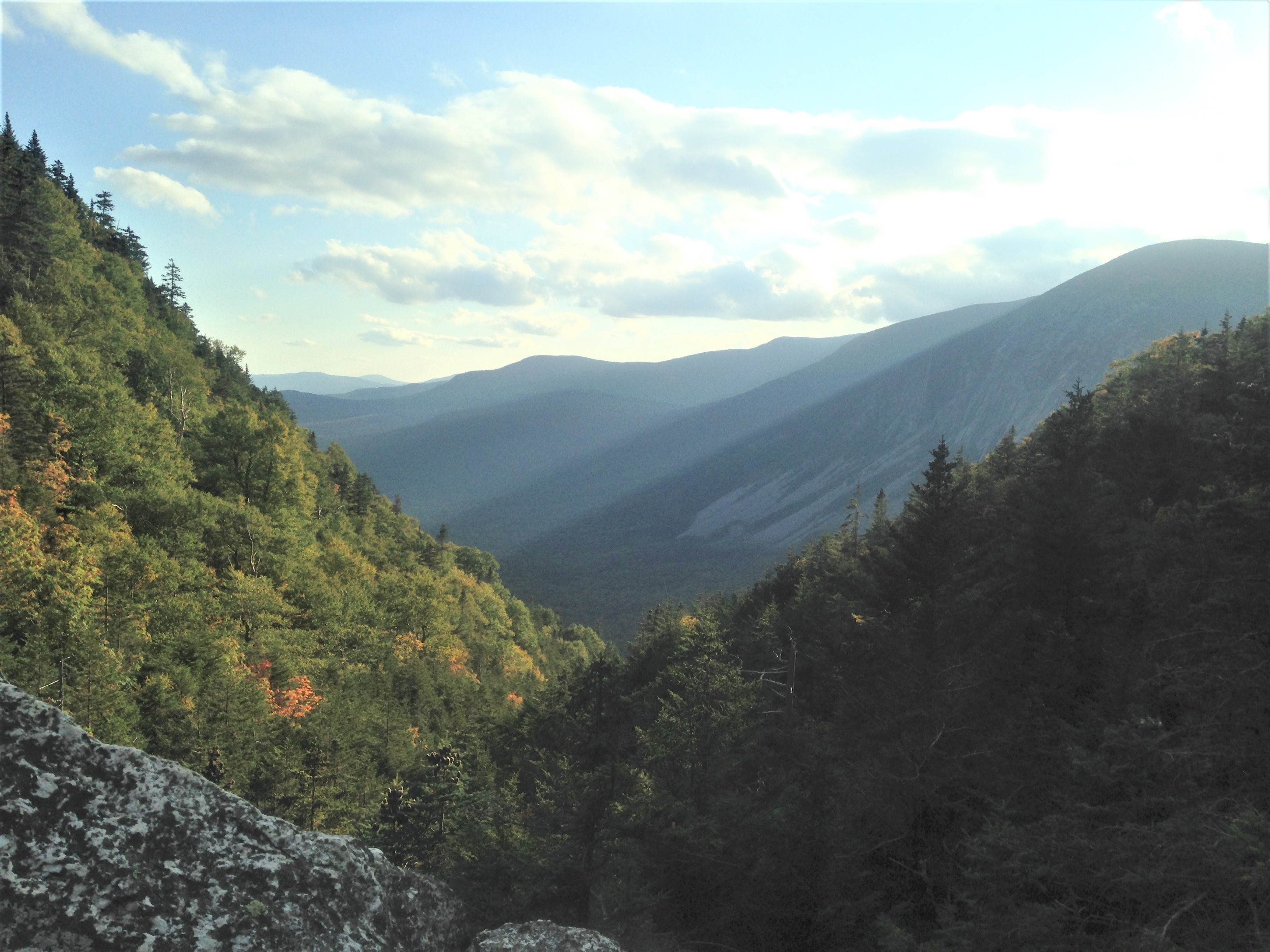 We continued down the Greenleaf Trail which passes through interesting Eagle Pass, with a massive cliff (left) and a boulder one can climb for views down the valley (right). The Greenleaf Trail comes down all the way to the Franconia Notch Parkway but then turns right and makes you walk a final mile on a rough trail along the road, which is kind of obnoxious. Anyway, that was it. It took us 10.5 hours, longer than the 10 hours last time we did it, but the weather was so perfect today that we spent a lot more time at the top of the ridge just hanging out.