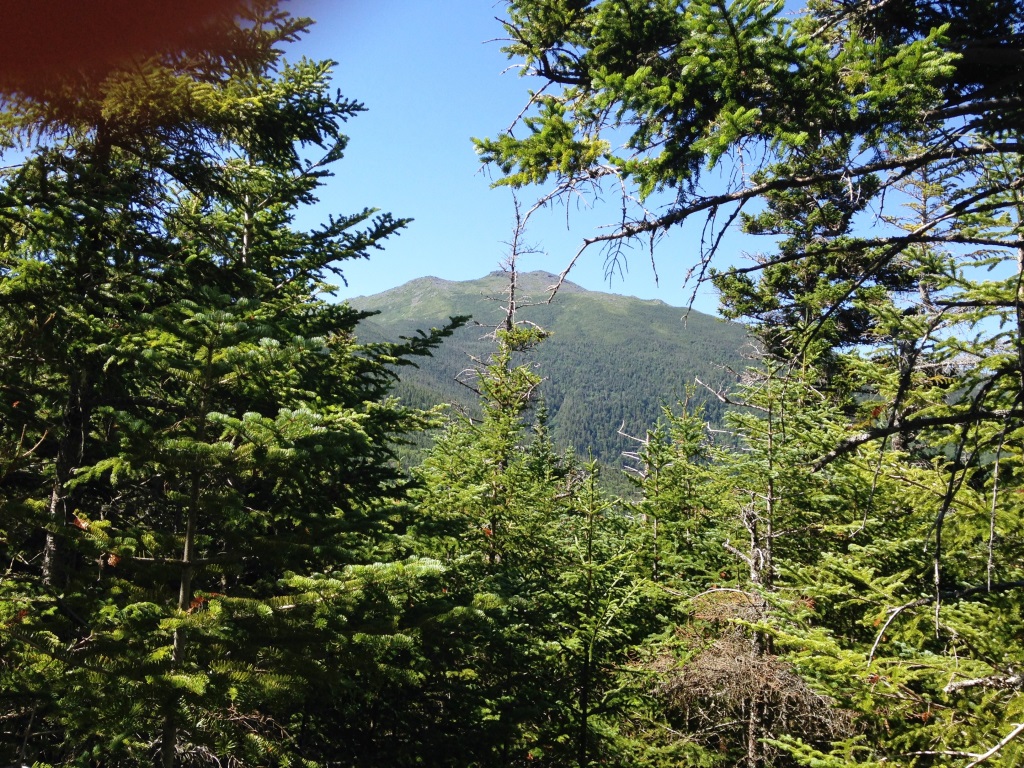 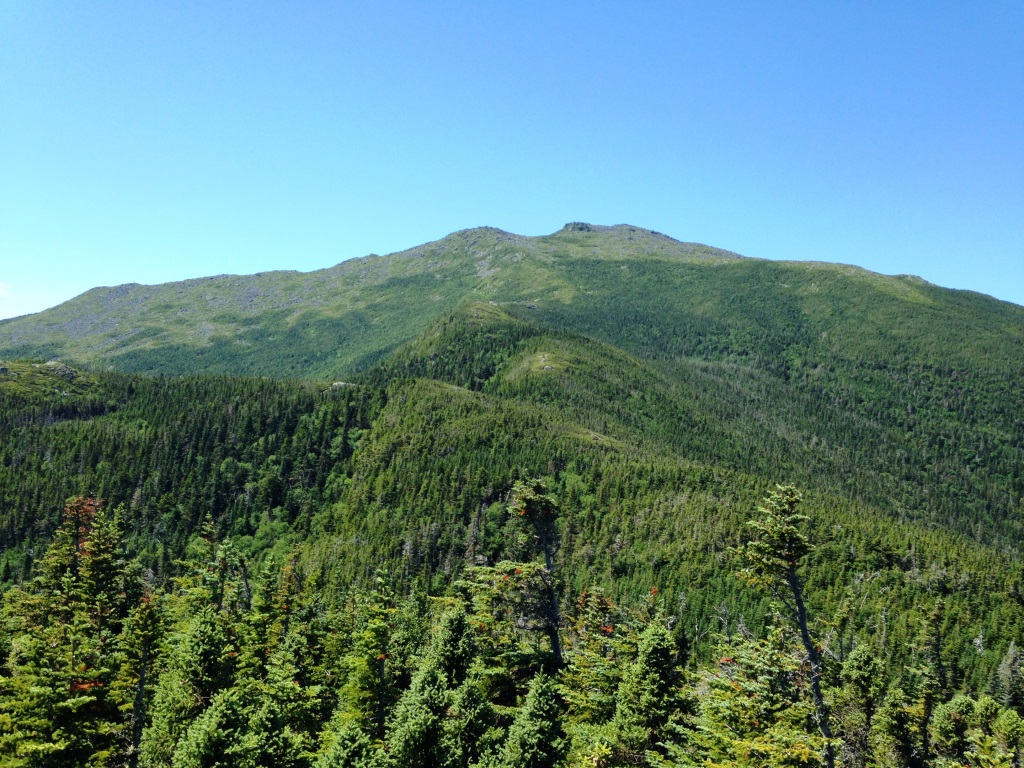 Howker Ridge is a wonderful remote trail to Mt. Madison that avoids the crowds of a sunny Saturday, has excellent footing, and is very scenic as it proceeds over a series of bumps (the "Howks") with increasing views. The second Howk offered the first view of Mt. Madison ahead (left) and by the third Howk the view was wide open (right). 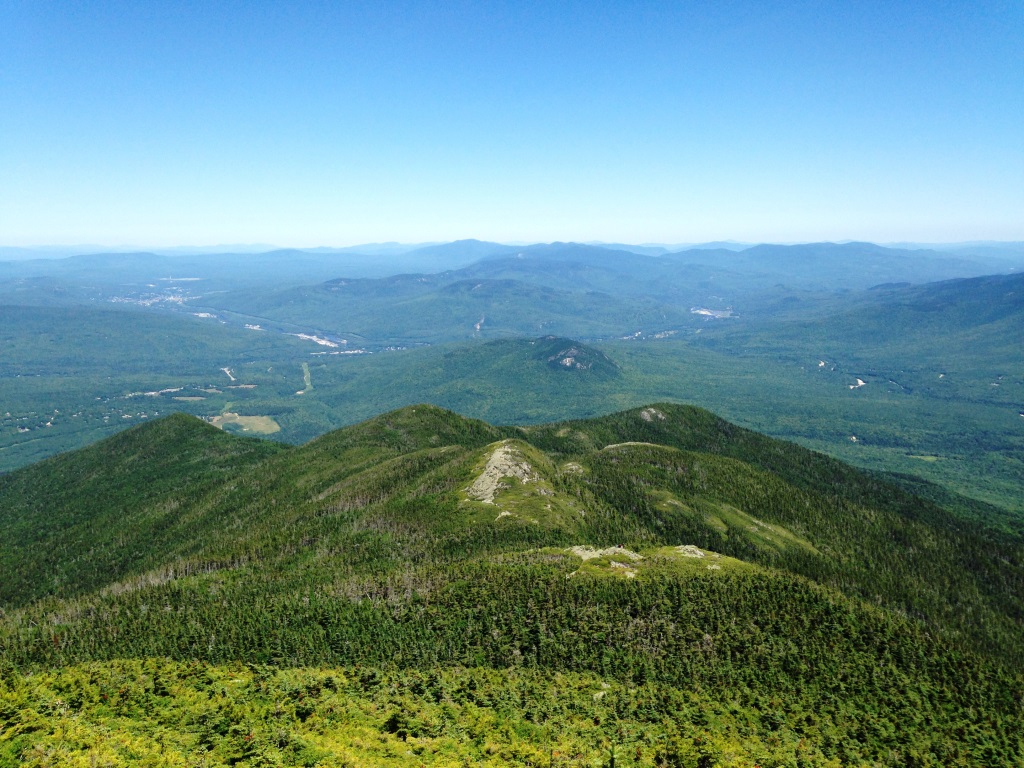 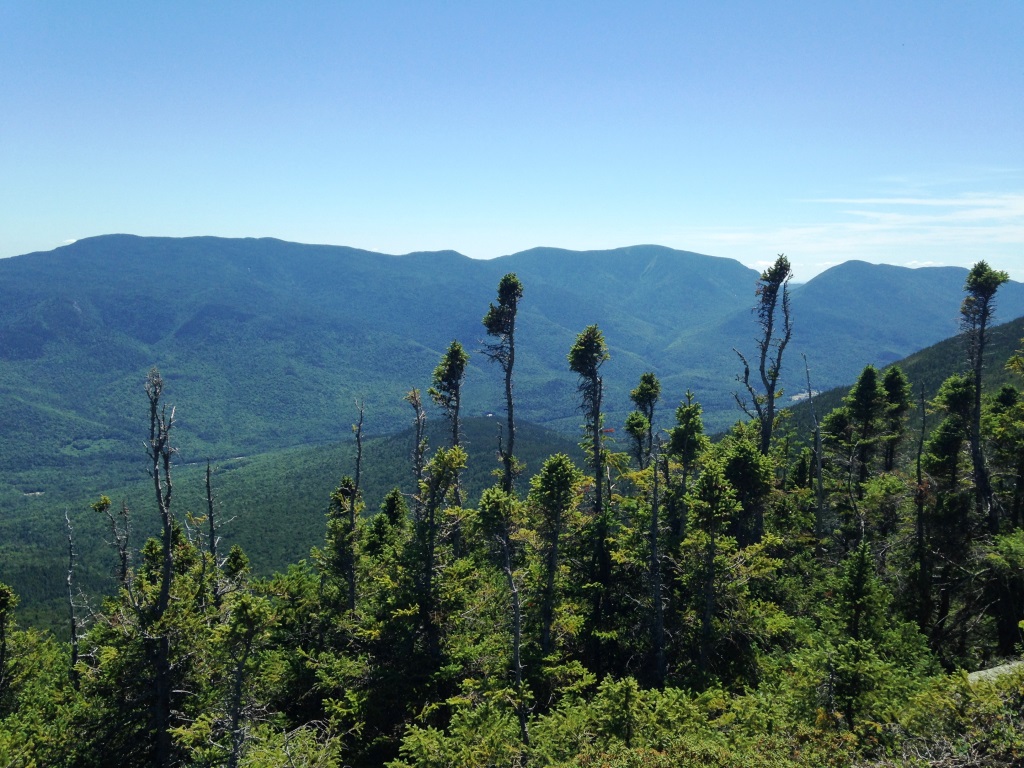 We could now also look back to the north over the series of bumps and to the town of Berlin (left). The vegetation was reduced to shrubs beaten by the wind, and we saw this weird group of stunted trees with needles surviving only at the top (right). 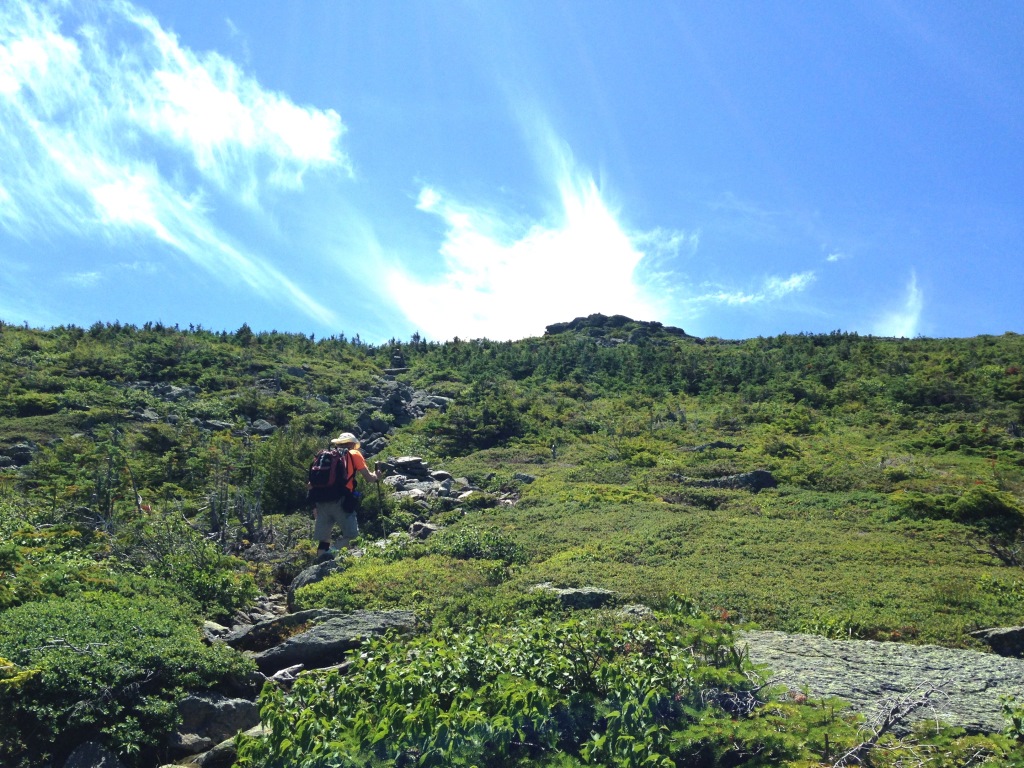 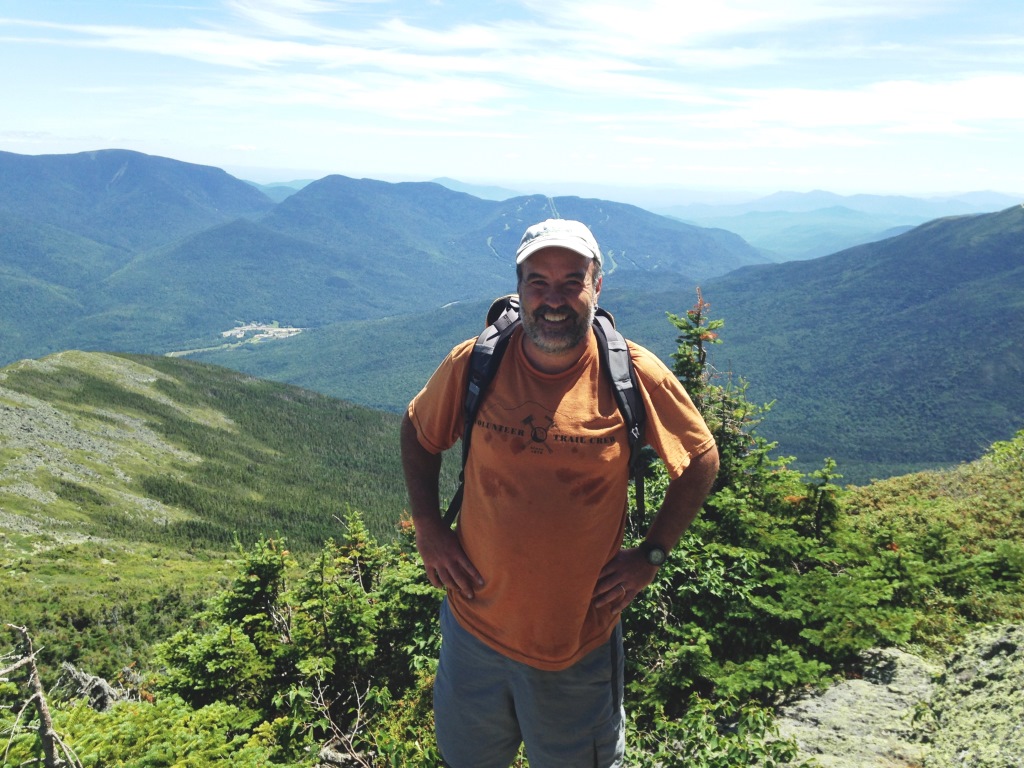 We continued to climb through the shrub and rock (left) and reached the Osgood Trail for views to the southeast including the Wildcats (right). Osgood Trail is part of the AT so all of a sudden the crowds were there. 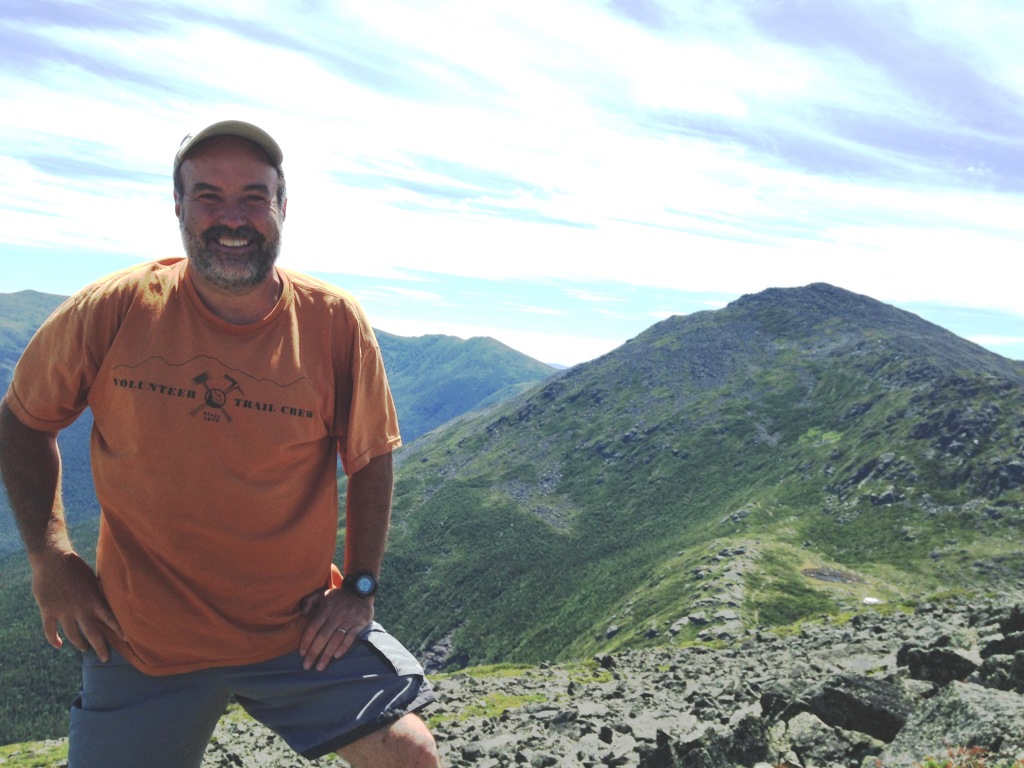 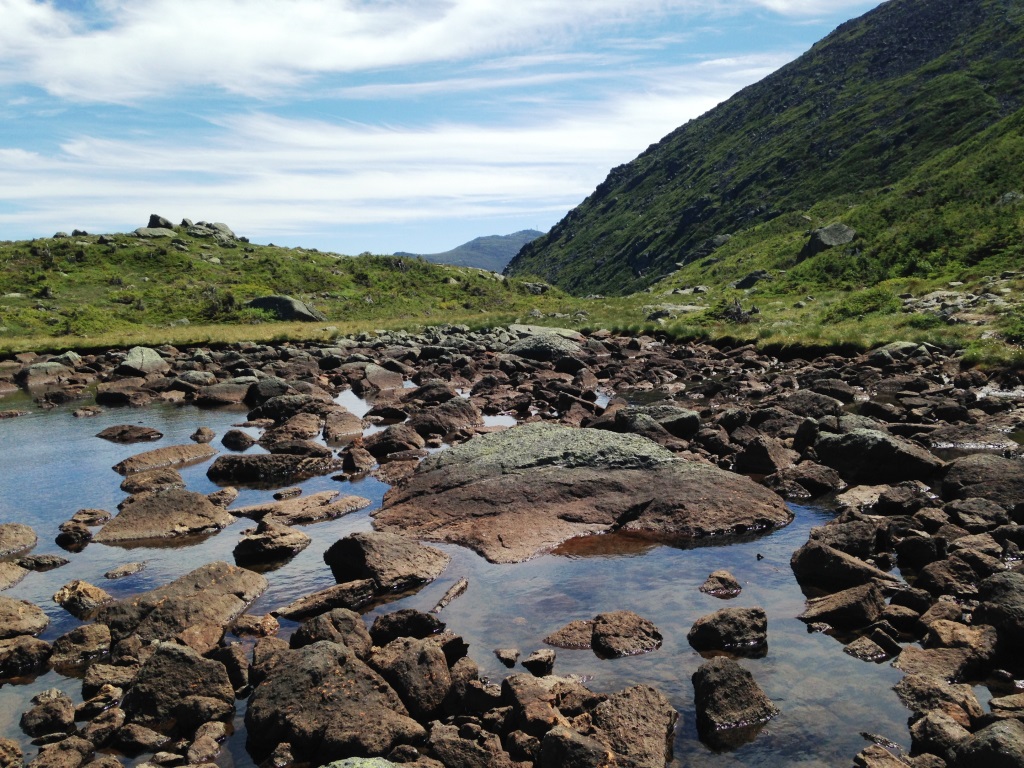 We continued on the Osgood Trail to the top of Madison (left), and went down to Madison Hut where I had stayed with the kids in 2004 (here is Alex standing in front of the hut then, and here is his return trip in 2010). We took a side trip to Star Lake which was almost dry from the lack of rain (right). 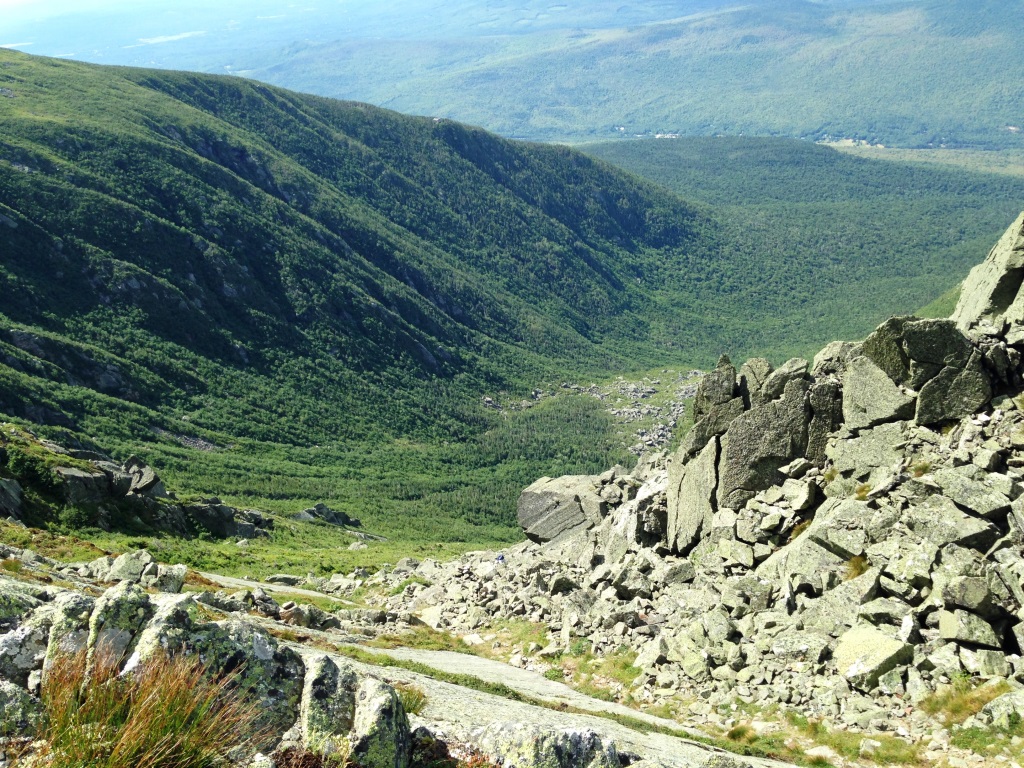 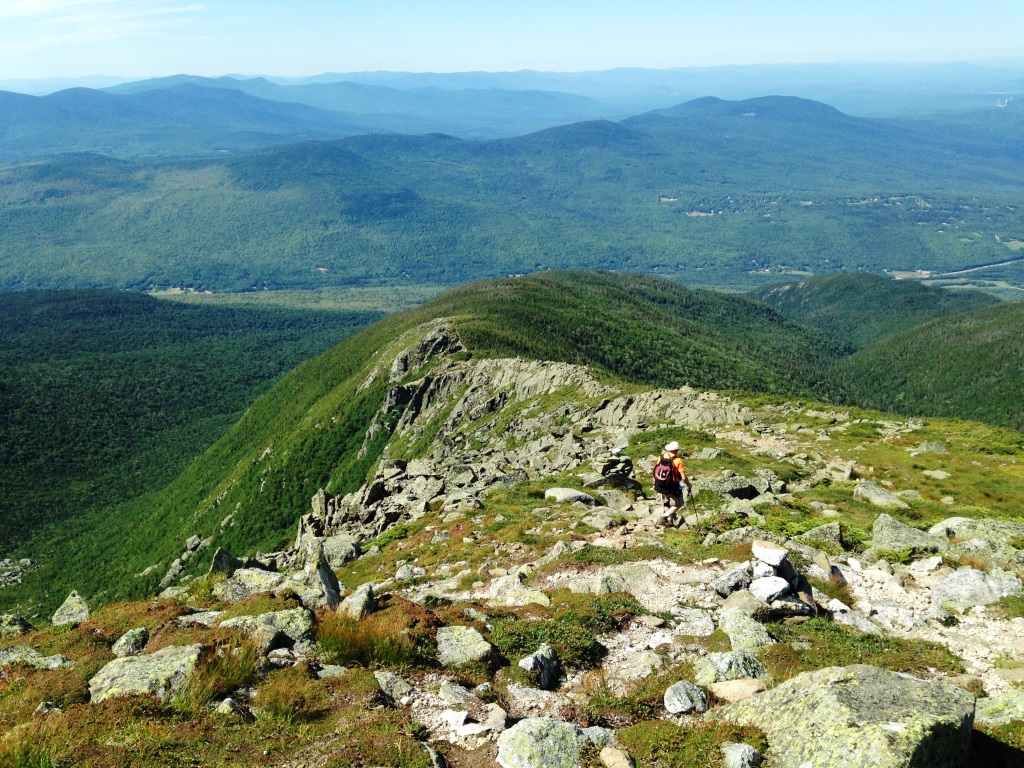 We went back to Madison Hut to refill our water and I resisted checking the 2004 yearbook for Alex's entry - but only because I've done it many times. From Madison Hut we went up the Airline trail to the top of the King Ravine headwall (left) and headed down along the side of the ravine (right). 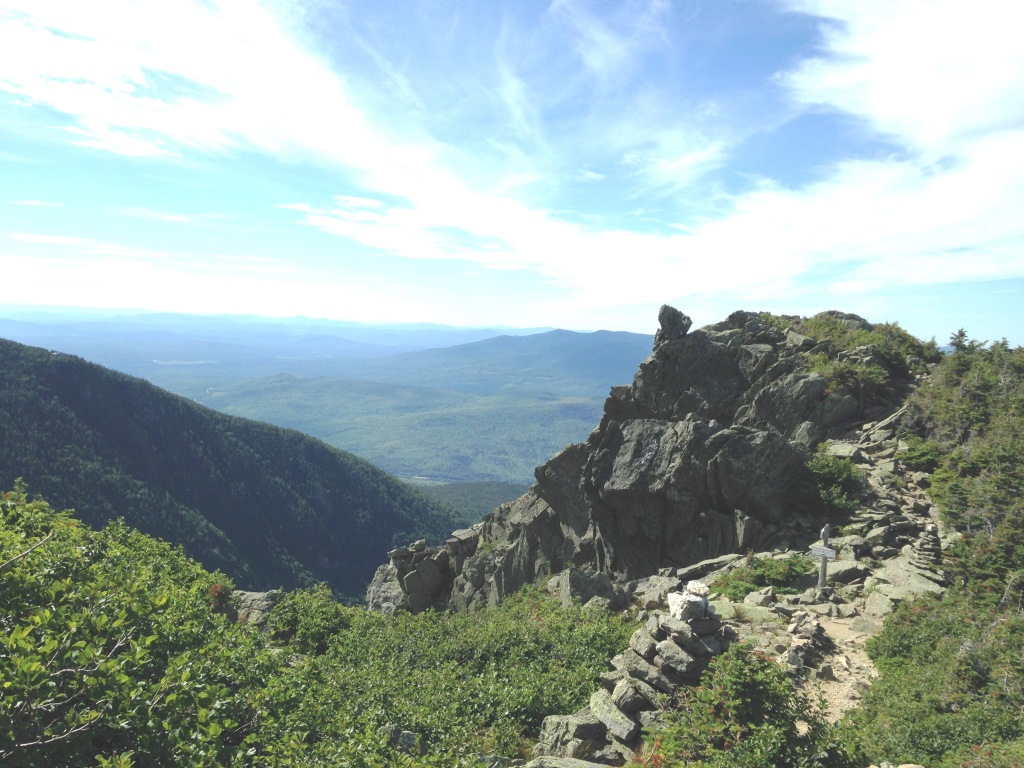 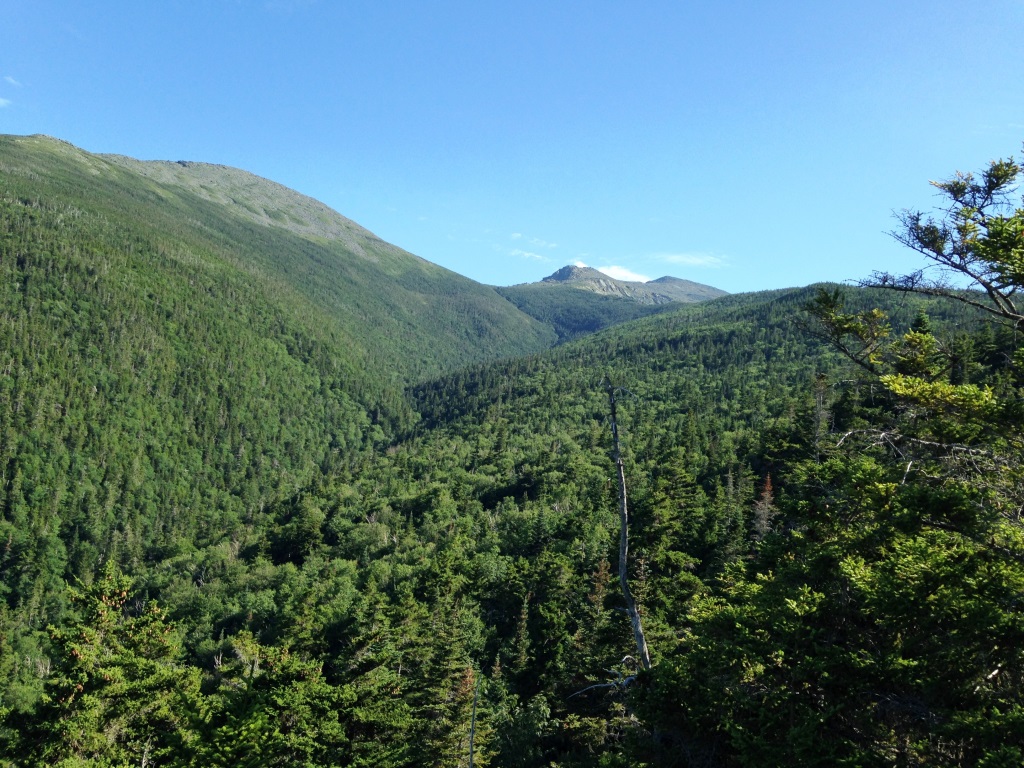 We passed the Chemin des Dames which we had climbed in June (left) and shortly afterward dropped back into the forest. Soon we left the Airline Trail to take the Scar Loop Trail for a great upward-looking view of King Ravine and Mt. Adams from Durant Scar (right). The north side of the Presidentials has a very large number of trails built by the leisure class at the turn of the 20th century and they feel very intimate - they are narrow and little-used and a pleasure to explore. Scar Trail is one excellent example. 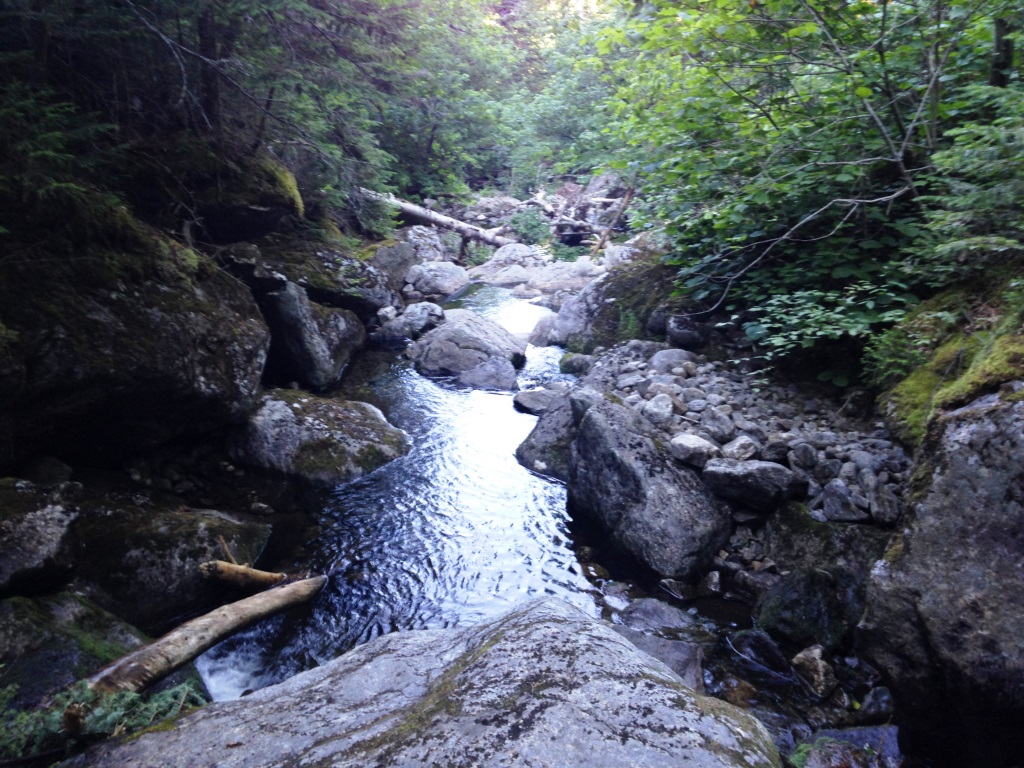 We exited the Scar Trail on the Valley Way, from which we did a straight and easy bushwhack down to the Brookside Trail, went up a little to cross the stream and catch the Kelton Trail, and from there descended 2.3 miles back to the Howker Ridge trailhead.