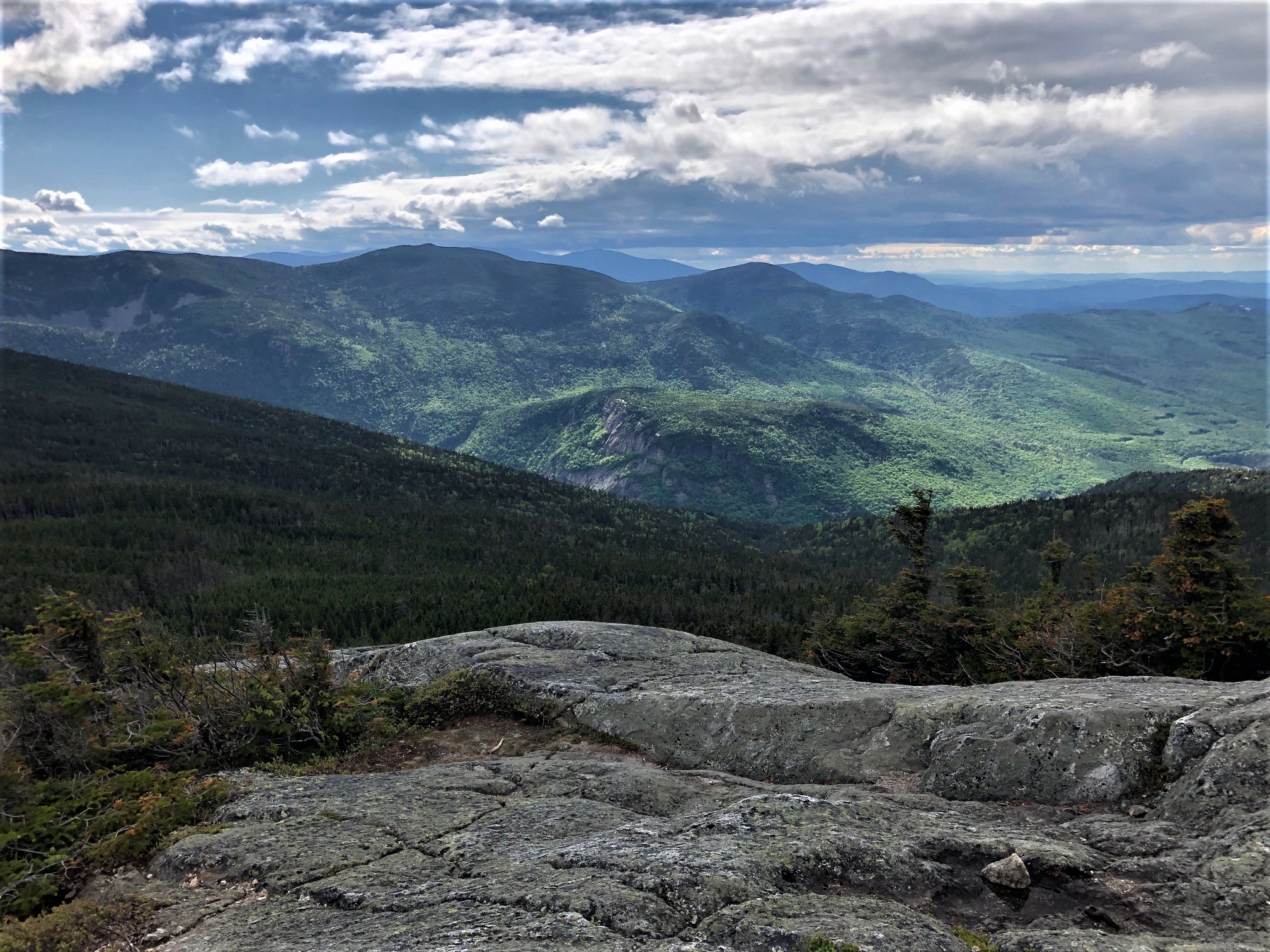 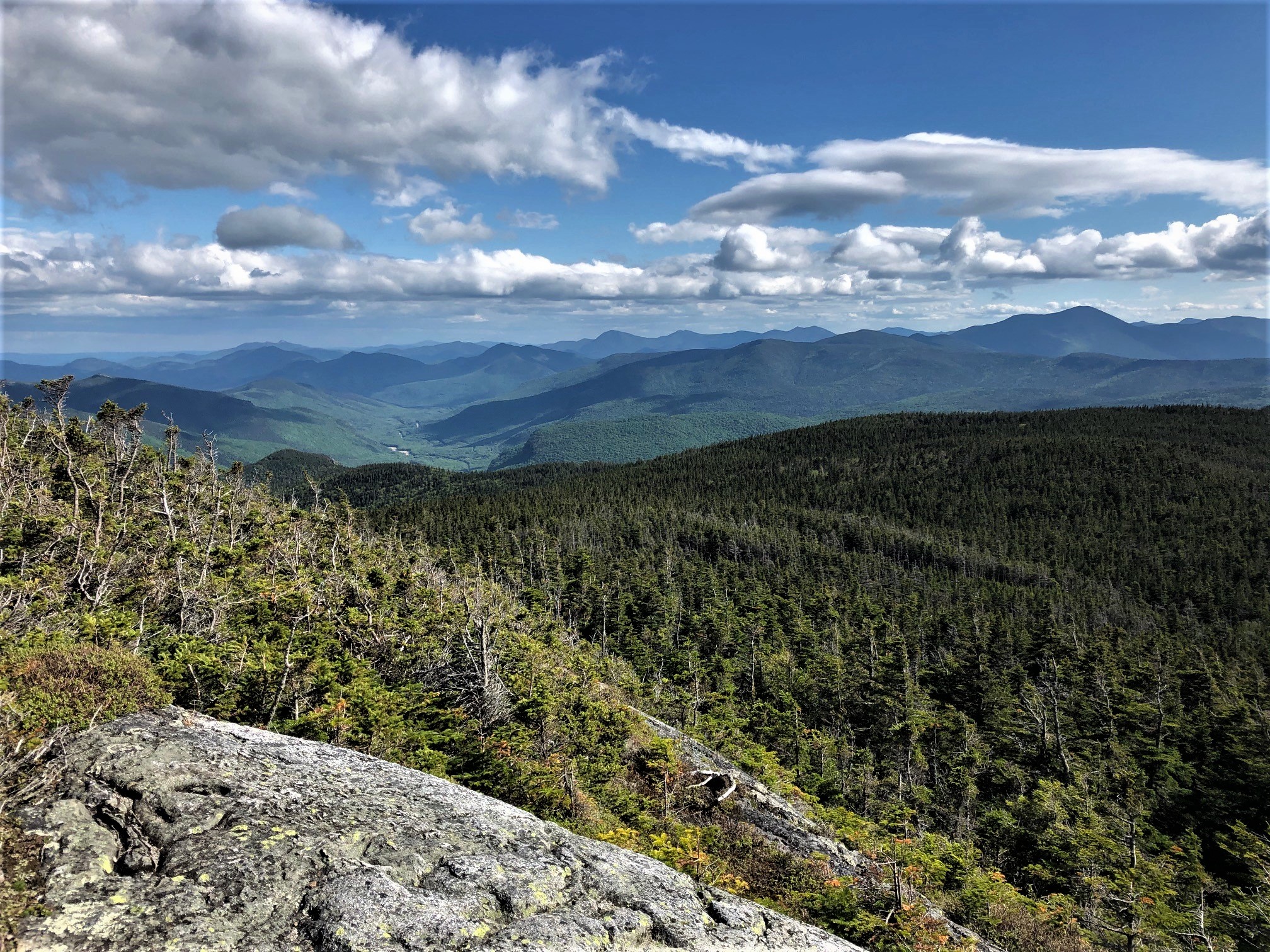 The low clouds finally lifted so I went on an afternoon hike on the Webster-Jackson trail, starting with the climb up Jackson. I had not done this hike for about 10 years. The final 200 feet up Jackson involve some fun scrambling on steep ledges. The top has a 360 degrees view though you have to walk around to get it, and the view north (the least interesting) seems to be getting obstructed. The view south from the ledges near the top (left) showed the new restaurant at the top of the Bretton Woods ski area and a last patch of snow on McEntires'. The view east (right) showed the beautiful U-shaped Saco valley. The view west (below left) looked up the spine of the southern Presidentials. 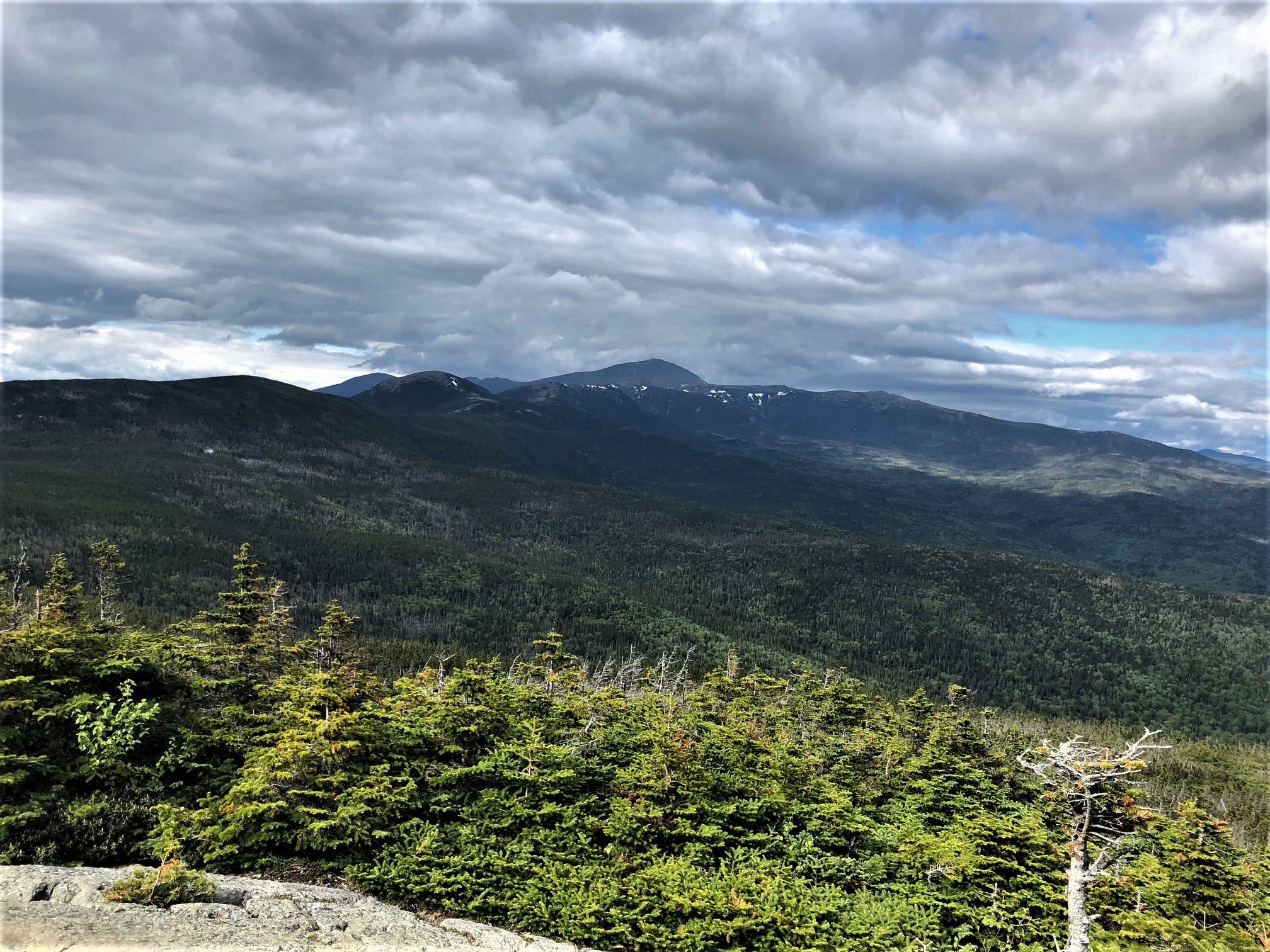 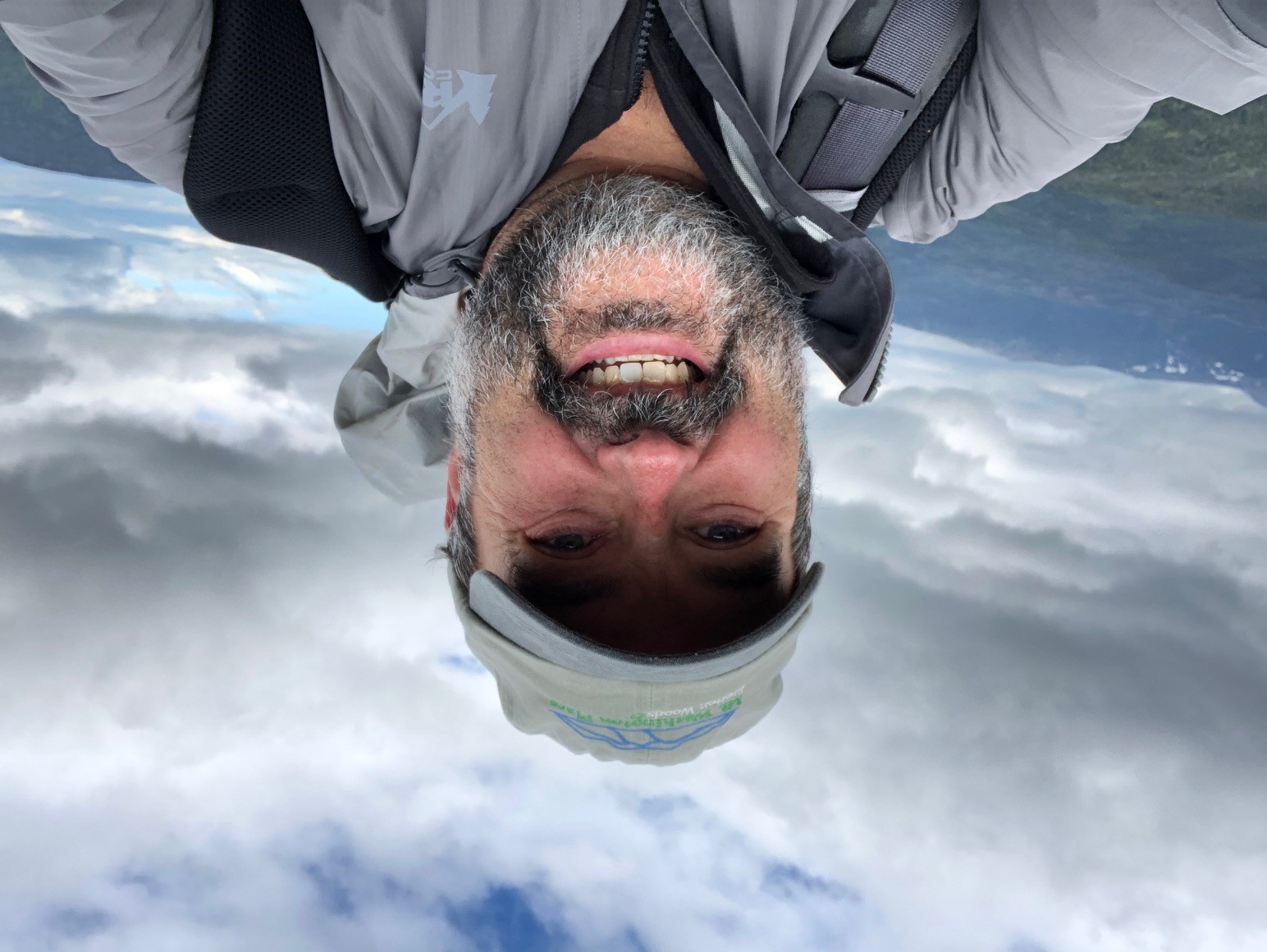 It was 5pm and no one was at the top so I took this selfie. Anyway, it's not good manners to ask people to take your picture in this covid era. The wind was howling and I had to put all my clothes on. 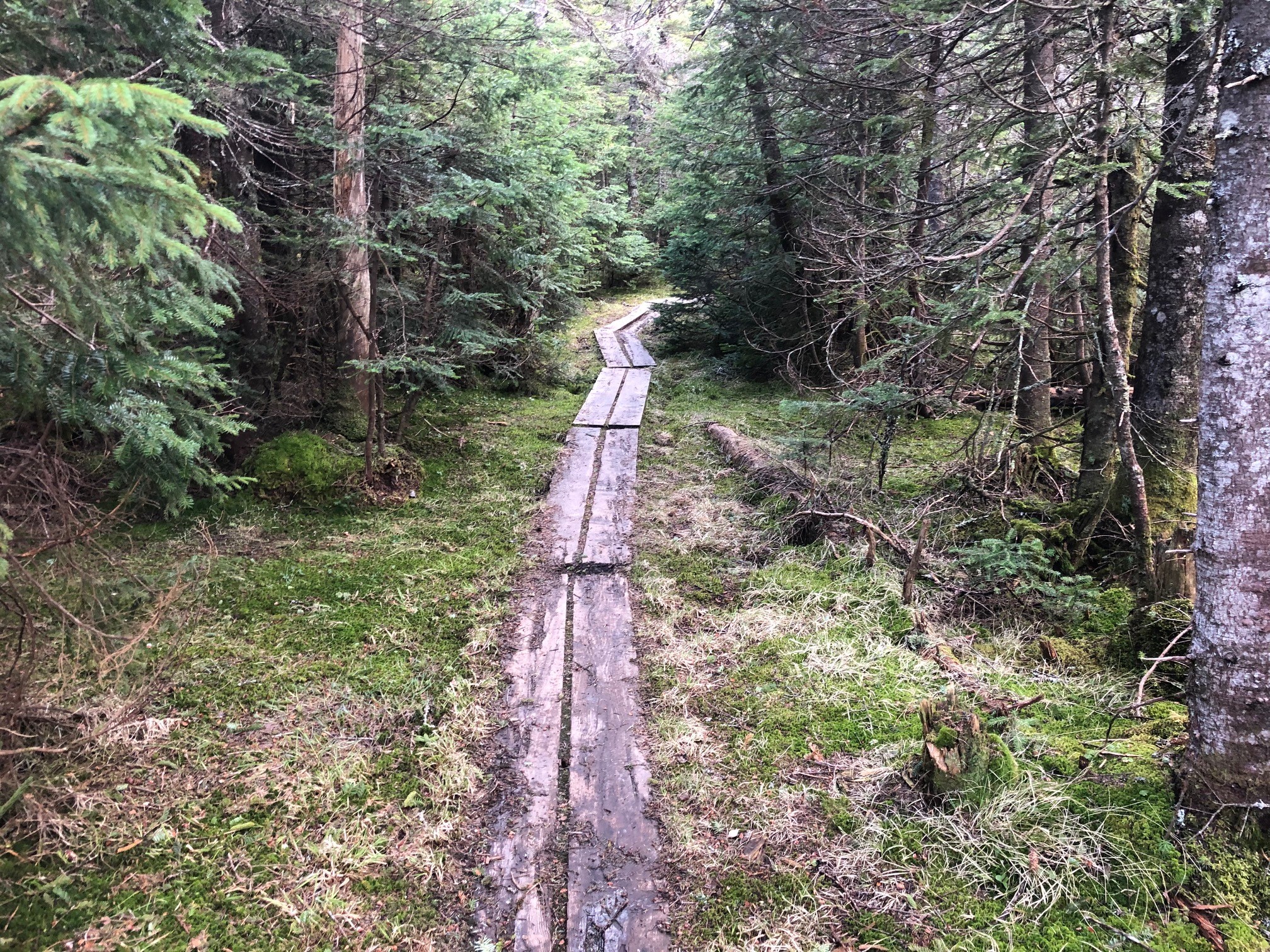 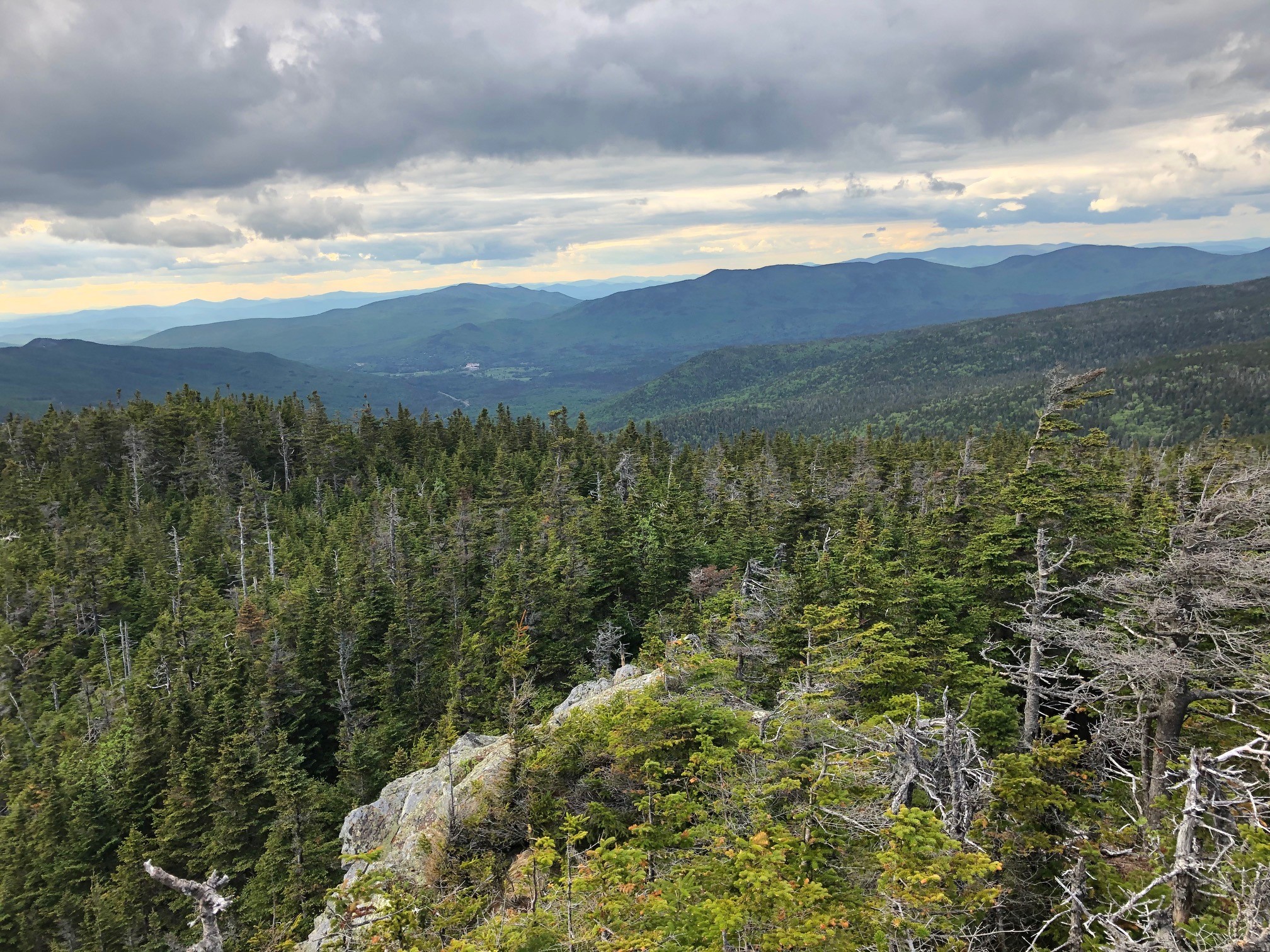 From Jackson I headed along the ridge to Webster. The trail drops from Jackson along steep ledges, requiring again a lot of hands and feet (hands to hang on to trees). The ridge trail was very wet and had occasional scrambles but also some welcome bridges (left). There were patches of snow here and there. Eventually the trail started to climb again and quickly got to Webster, with nice views west toward the hotel (right) and down the Notch (below left). 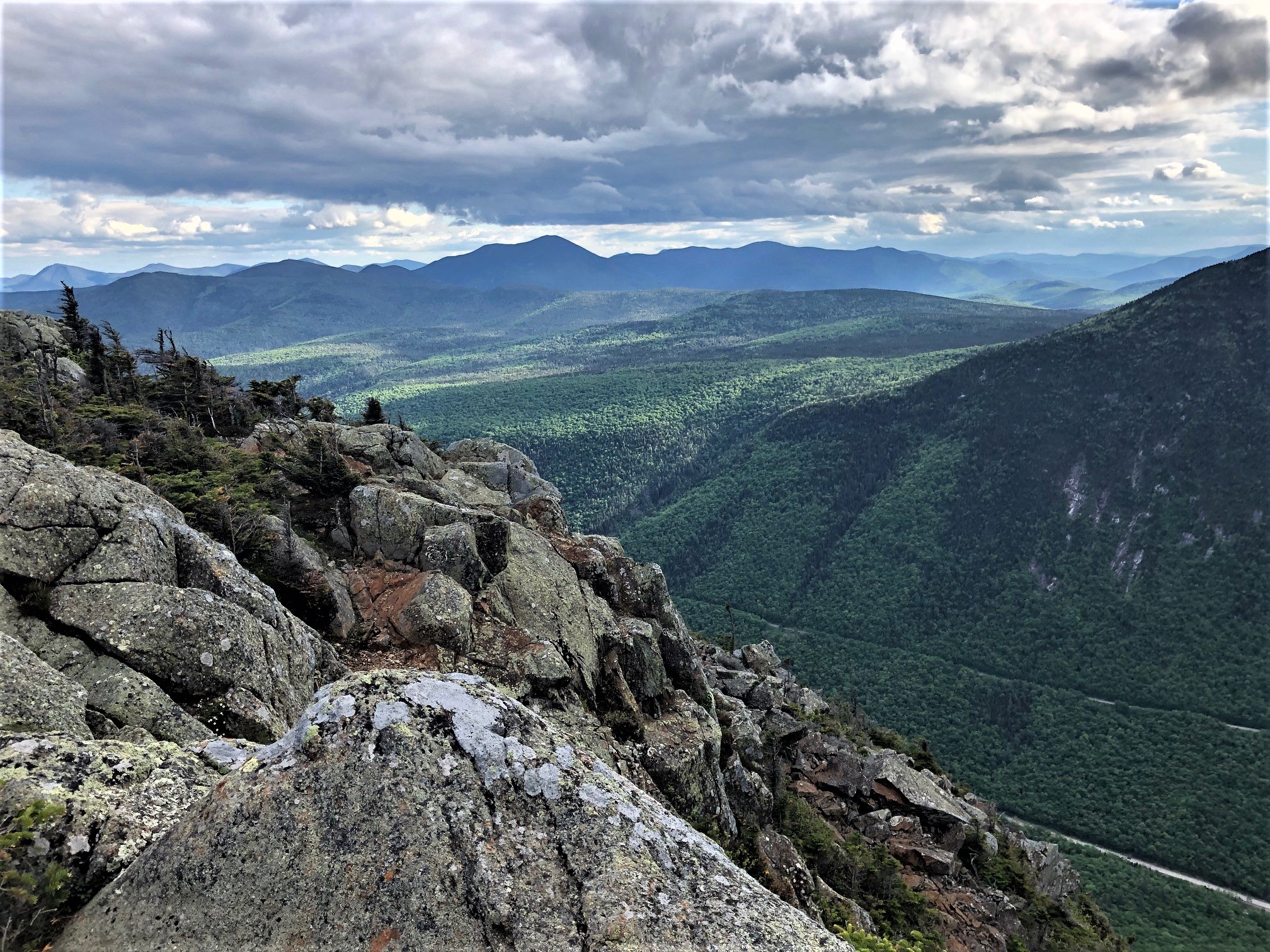 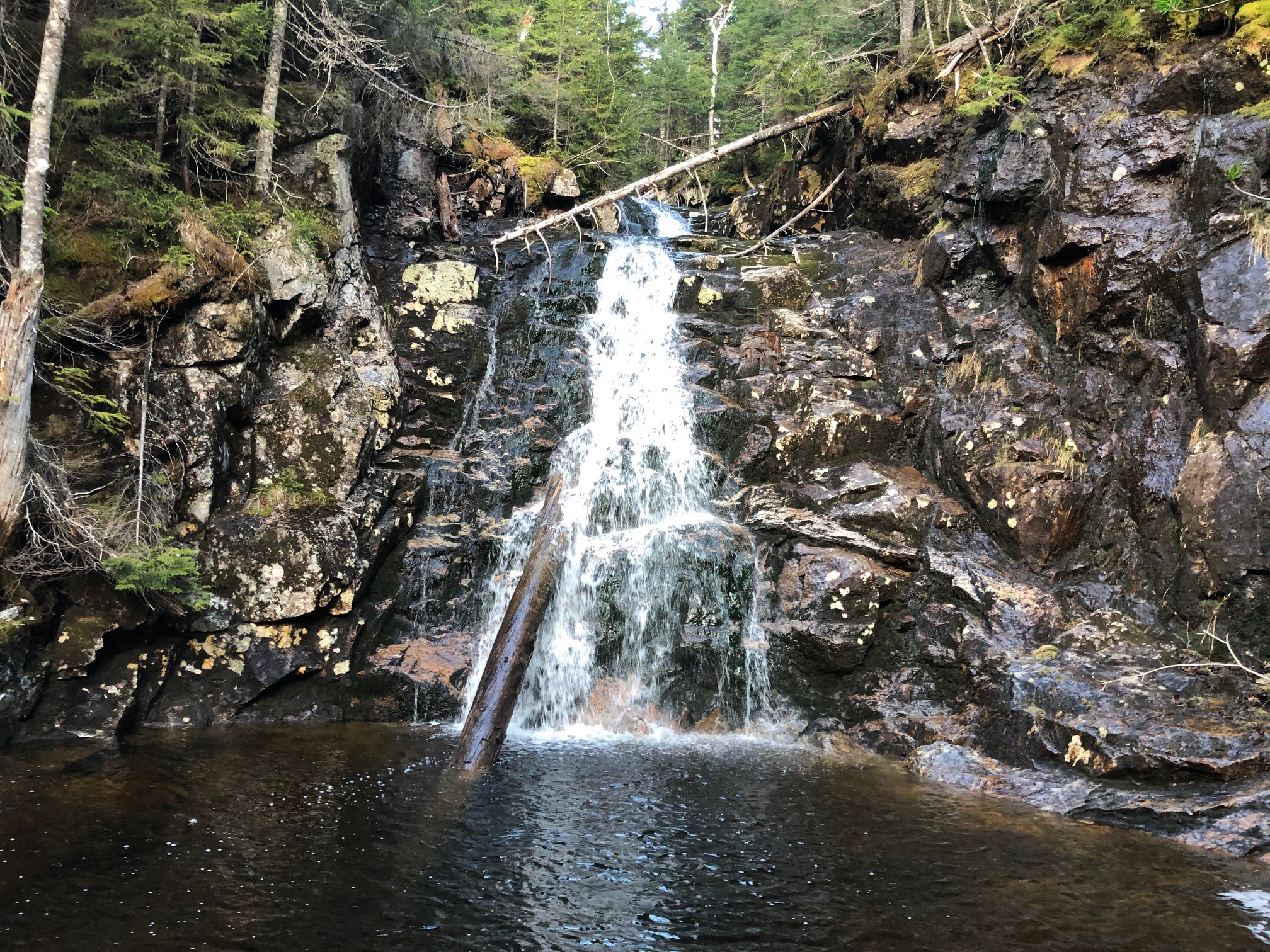 Going down from Webster took longer than I had anticipated because of a lot of wet slippery ledges. The trail was just very wet and sometimes became a stream. Eventually I got down to Silver Cascade (right), followed by a steep pitch up, and then an easier descent the rest of the way.