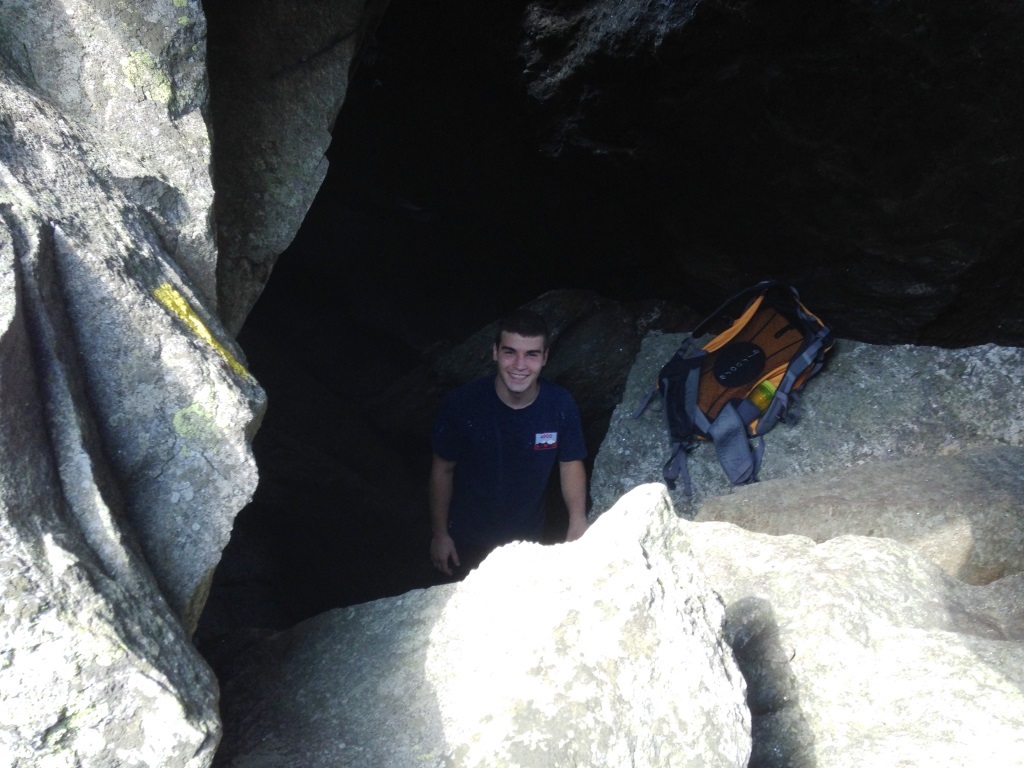 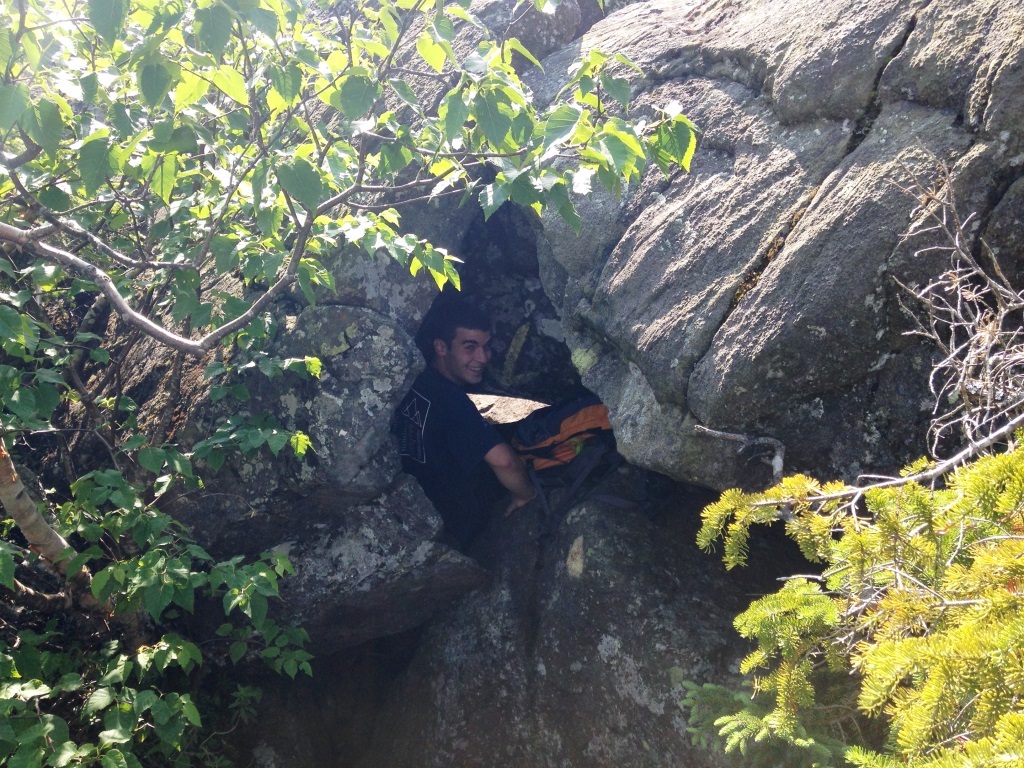 Alex wanted to check out the year-round ice in King Ravine and this was a motivation for a great hike. We started from Appalachia and went up the Air Line, the Short Line, and the King Ravine trails to reach the floor of the ravine with its jumble of massive boulders. There we took the Subway Trail, which snakes across the jumble through a maze of caves (left) and features several tight spots where you must take off your pack to squeeze through (right). I had done the Subway in June last year and there was then quite a bit of snow in the caves, but none this time. 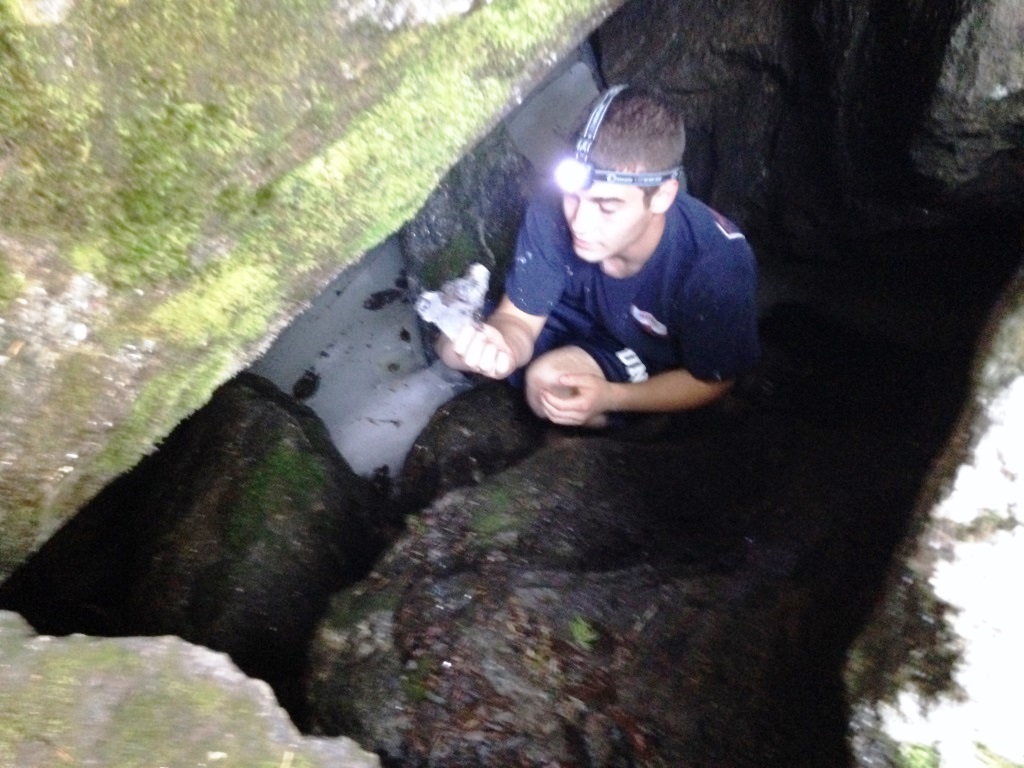 After exiting the Subway we got back on the King Ravine Trail. We passed the Great Gully Trail that I had done last year and took the Ice Caves Loop to finally find the year-round ice (left and right). There were just two caves with ice in them. I had previously visited the caves in late August 2009 and remembered more (but dirtier) ice.

We then continued on the King Ravine Trail to climb straight up the headwall, hands and feet all the way. It's really a great climb, with nice views of the U-shaped valley below (left). At the top when the trail finally levels off is an interesting passage between rock formations (right). 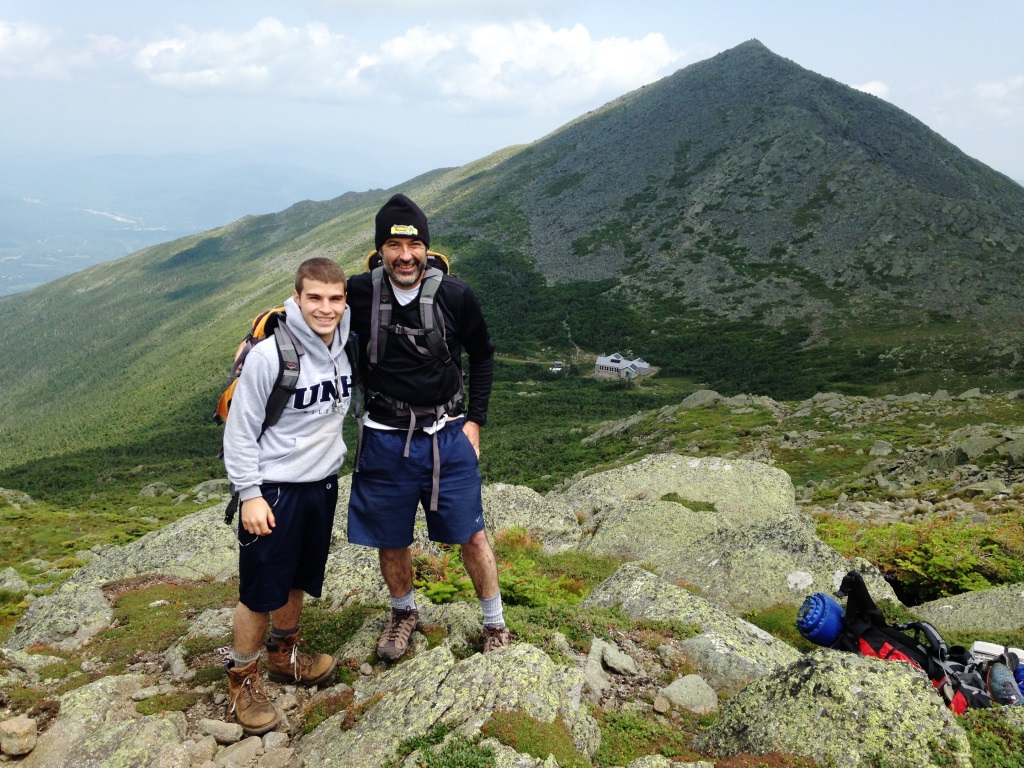 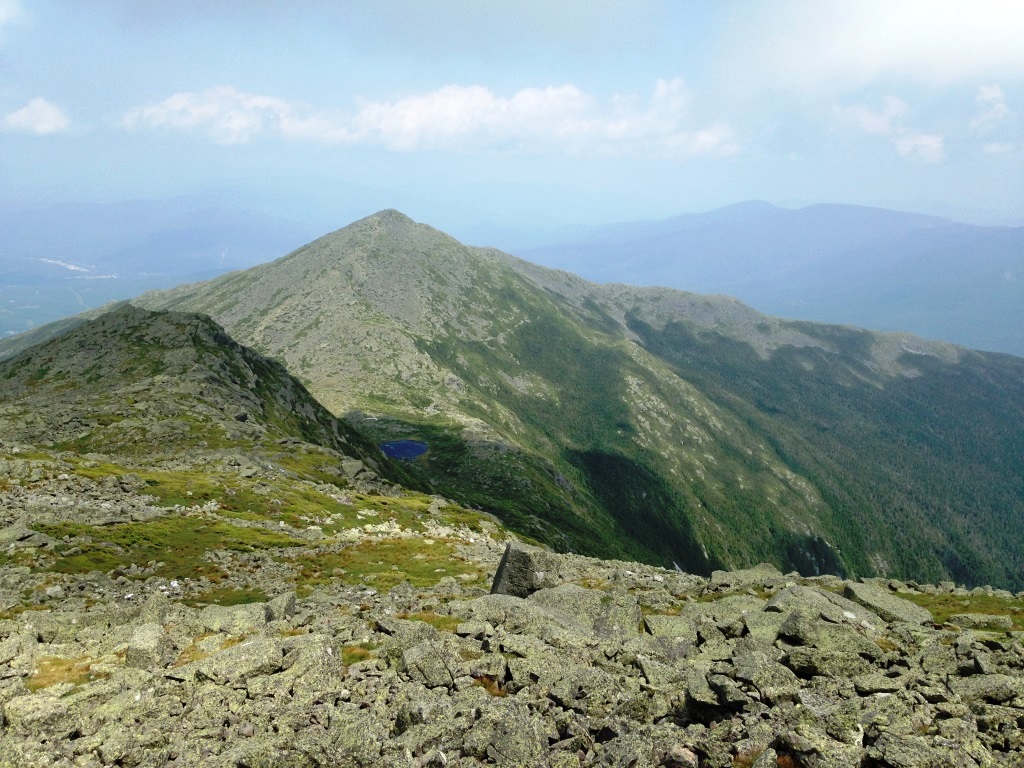 From the rim of the ravine we had a view of Madison Hut (left), where Alex left a memorable entry when he stayed there back in 2004i. We climbed to the top of Mt. Adams amid rolling fog for the classic picture of Mt. Madison and Star Lake (right). 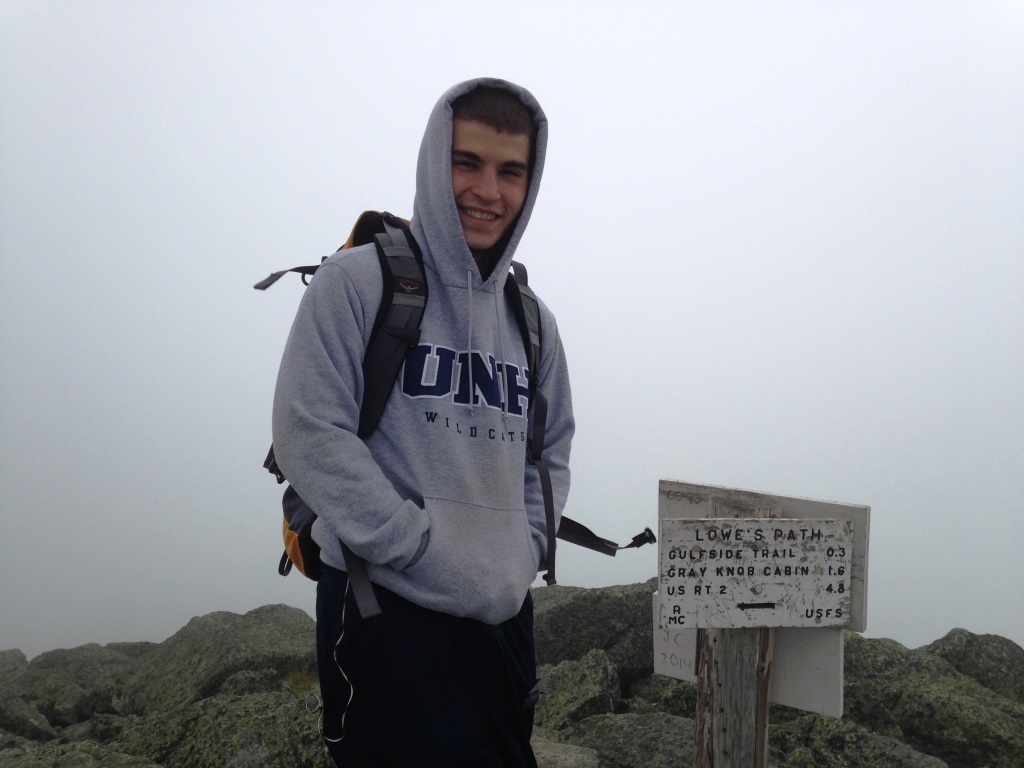 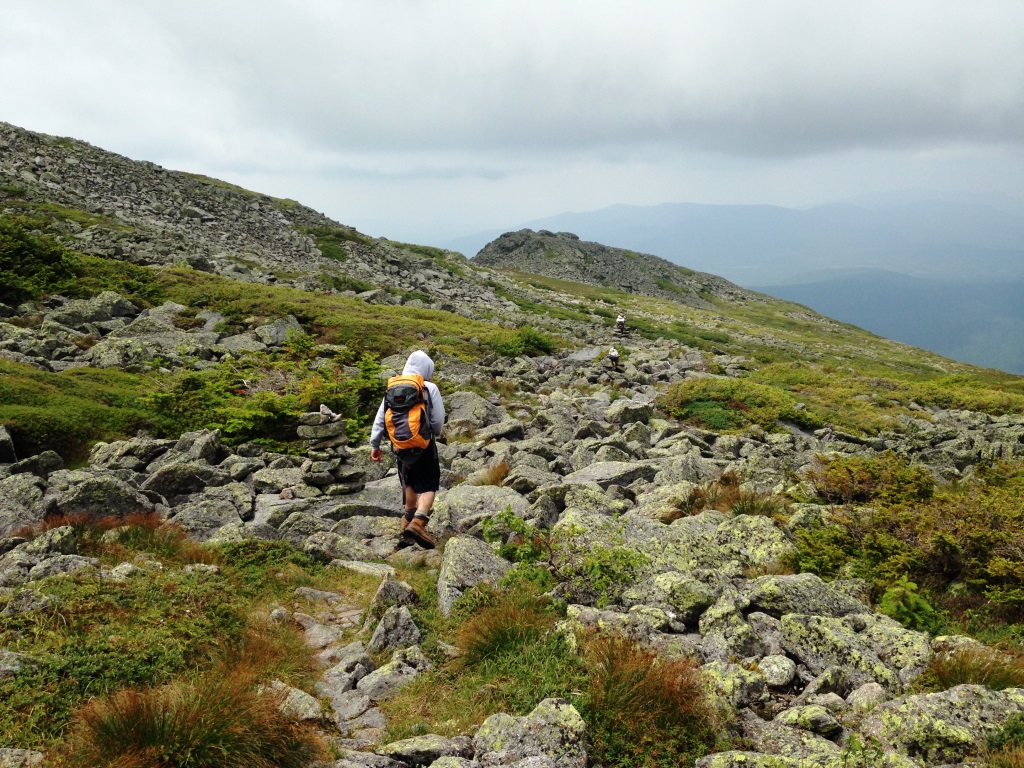 This was Alex's second climb to the top of Mt. Adams (left), the first being in August 2010 when he was collecting the 4,000 footers. This time it was windy and foggy at the top so we didn't stay long and headed back down the other side on Lowe's Path for the descent along the west side of the ravine (right). 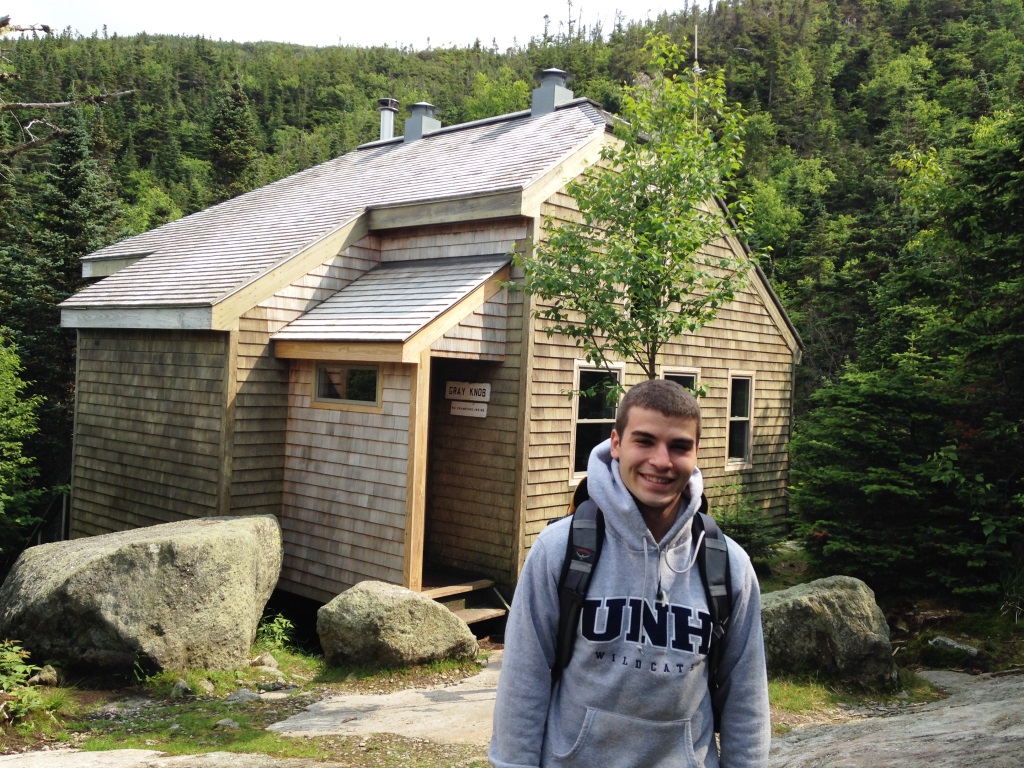 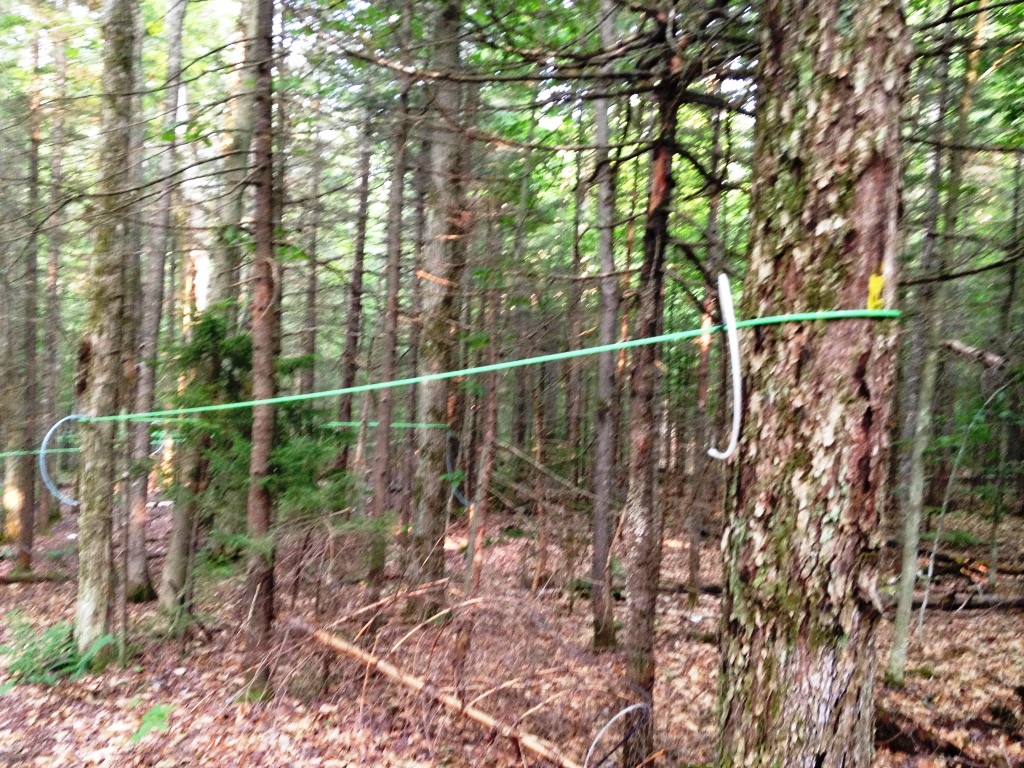 An attraction on the way down is the visit of the RMC huts. Lowe's Path took us past Grey Knob Cabin (left) and from there we took the connector trail to Crag Camp on the edge of the ravine. I had never done that connecting trail so it was my red-lining for the day. Those RMC huts are really nice – much more low-key than the AMC huts and only $20/night. From Crag Camp we went down to the Amphibrach Trail back to Appalachia. There were quite a few mushrooms along the trail and I picked two boletes that we ate that night. At the base of the Amphibrach is an impressive maple syrup farm with a complex network of tubes to tap and transport the sap (right).