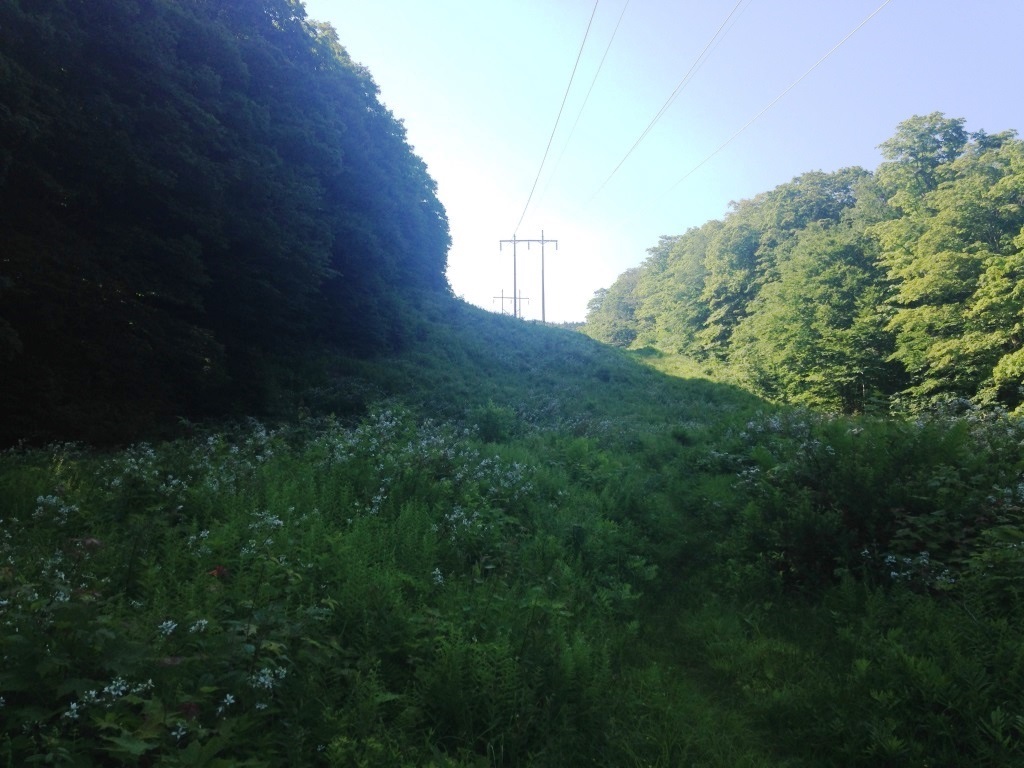 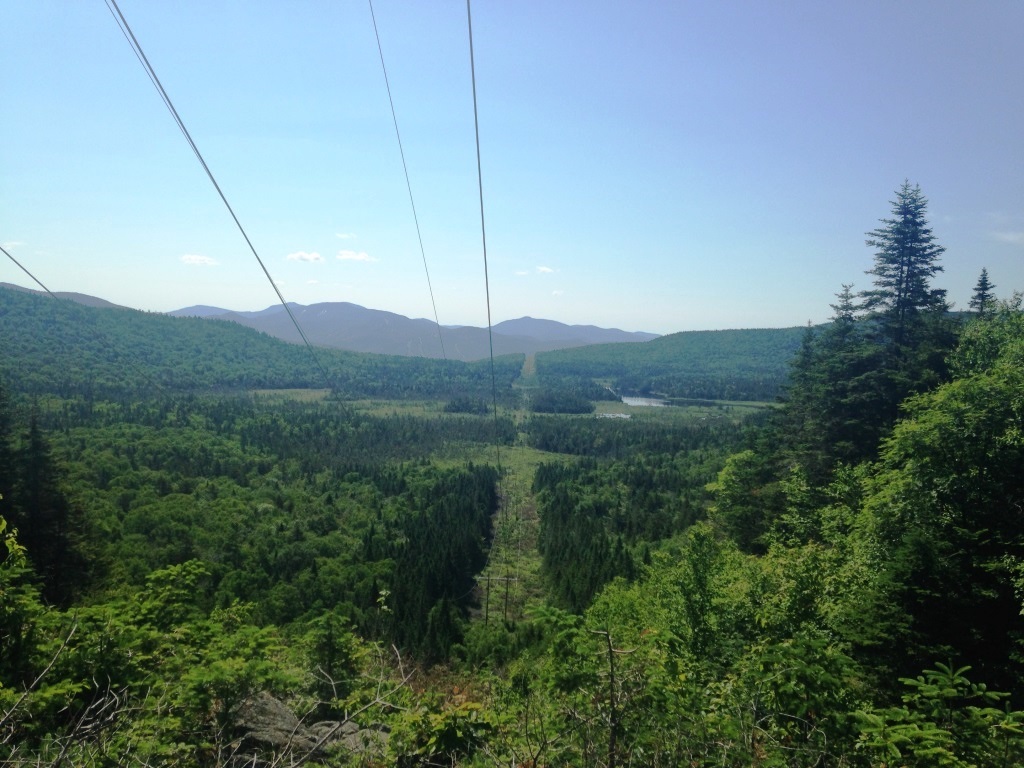 Peter Wyatt and I climbed the Kinsmans from the remote back side - up the Reel Brook Trail to a notch on the Kinsmans Ridge Trail (AT), along the Kinsmans ridge, and down the Mt. Kinsman's trail. I left my car at the Mt. Kinsman's trailhead and Peter's wife Nancy drove us the few extra miles to the Reel Brook trailhead. The Reel Brook trail is described in the AMC trail guide as a rough and little-used access trail to the AT but we found it to be in great shape with easy grades - though indeed we did not see anyone. A power line goes up the valley to the notch and we intersected it along the way (left). The power line at the notch made for a great view to the southeast (right). The pond does not show up on the AMC trail map because it's hidden by the legend but I looked up another map and it uninspiringly called Bog Pond. 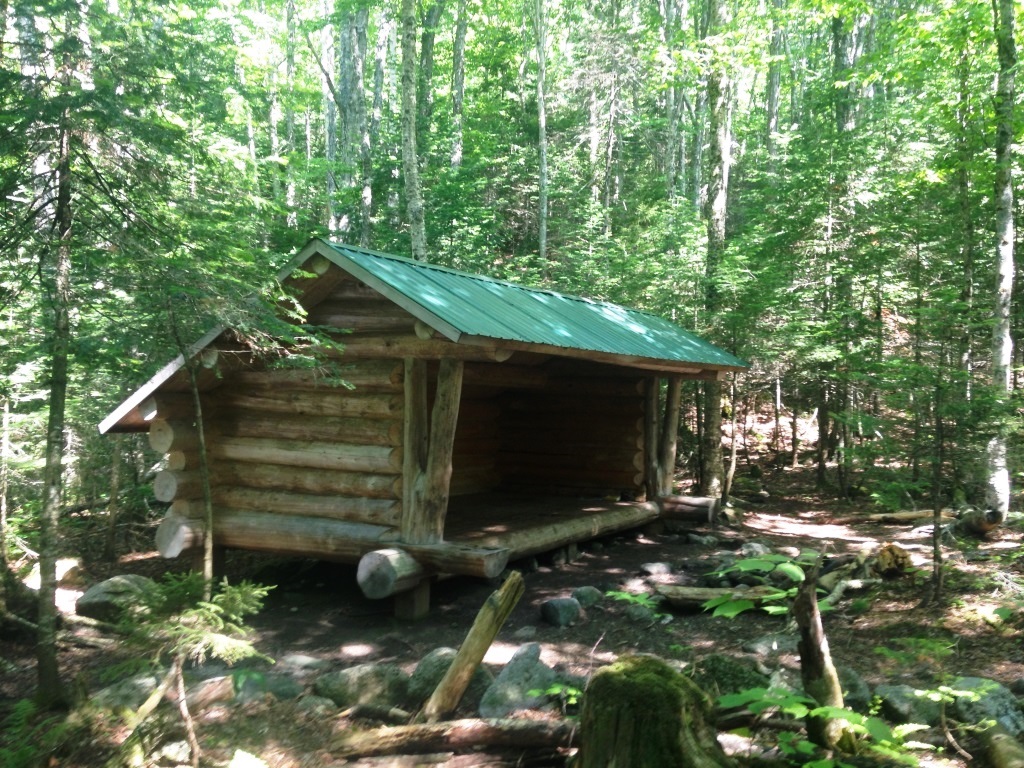 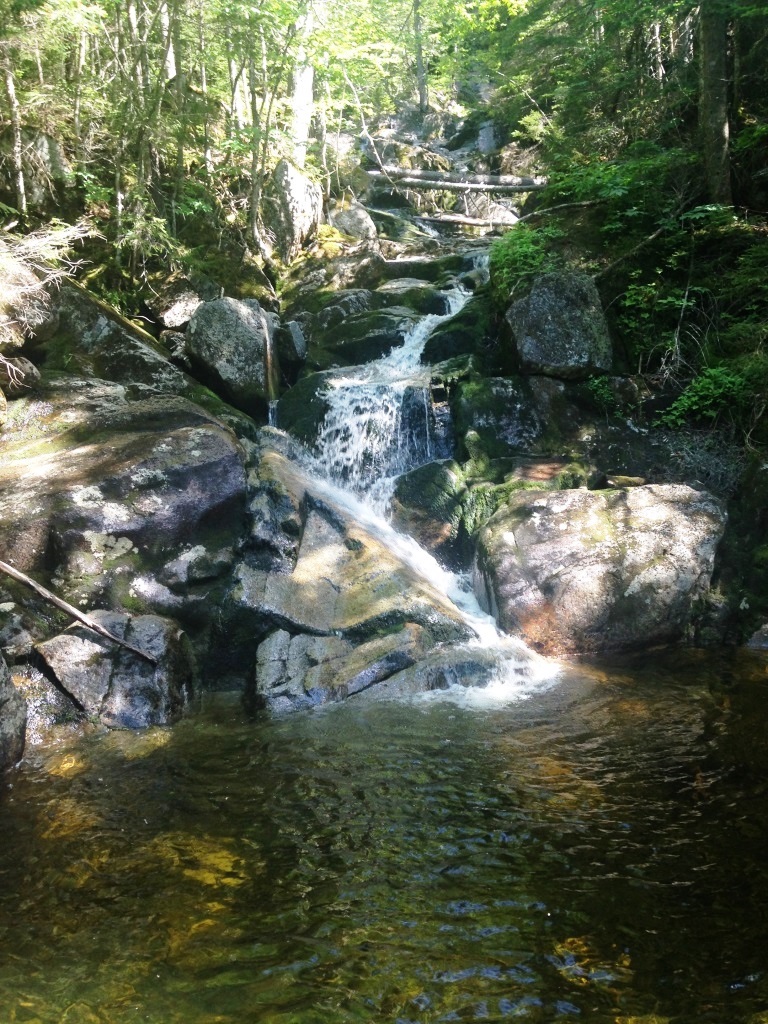 At that point we hooked up with the AT and turned left to follow the ridge that would take us to the Kinsmans. On the way we visited Eliza Brook shelter (left), which is brand new and part of a real nice camping area. From there we continued along Eliza Brook with nice cascades (right). 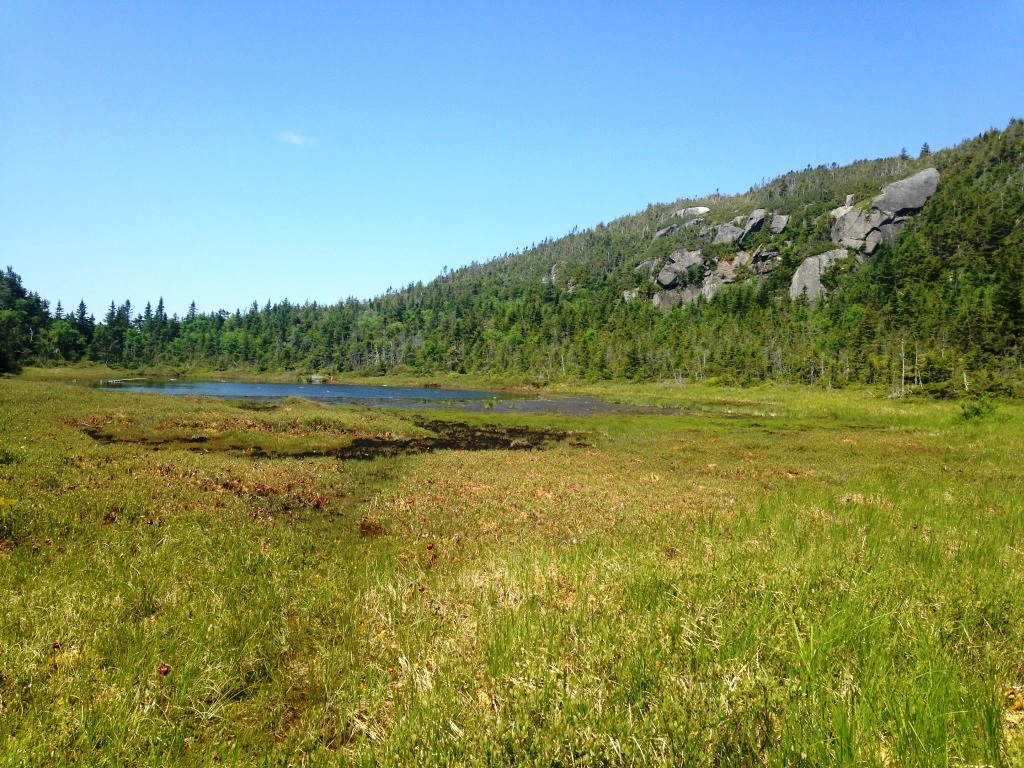 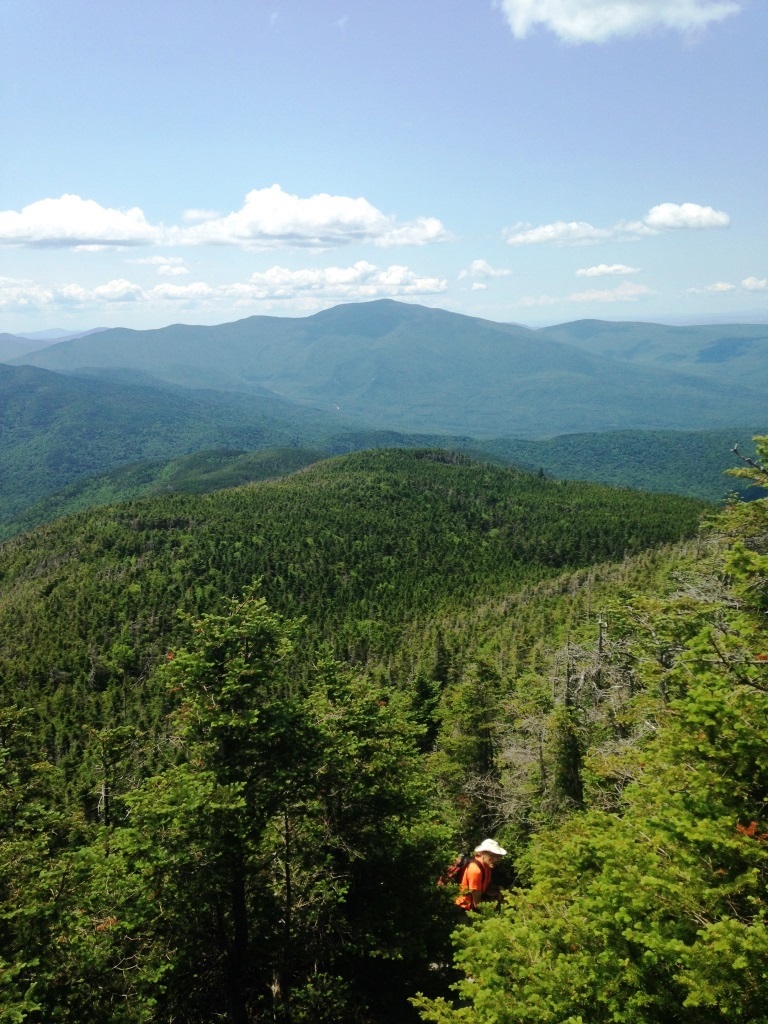 This took us to Harrington Pond, which is boggy but very pretty, wide open and lying below a cliff (left). Past Harrington Pond the climb became much rougher, a straight-up ledgy trail in NH style. This took us all the way to South Kinsman (right). We had seen only a few people so far. 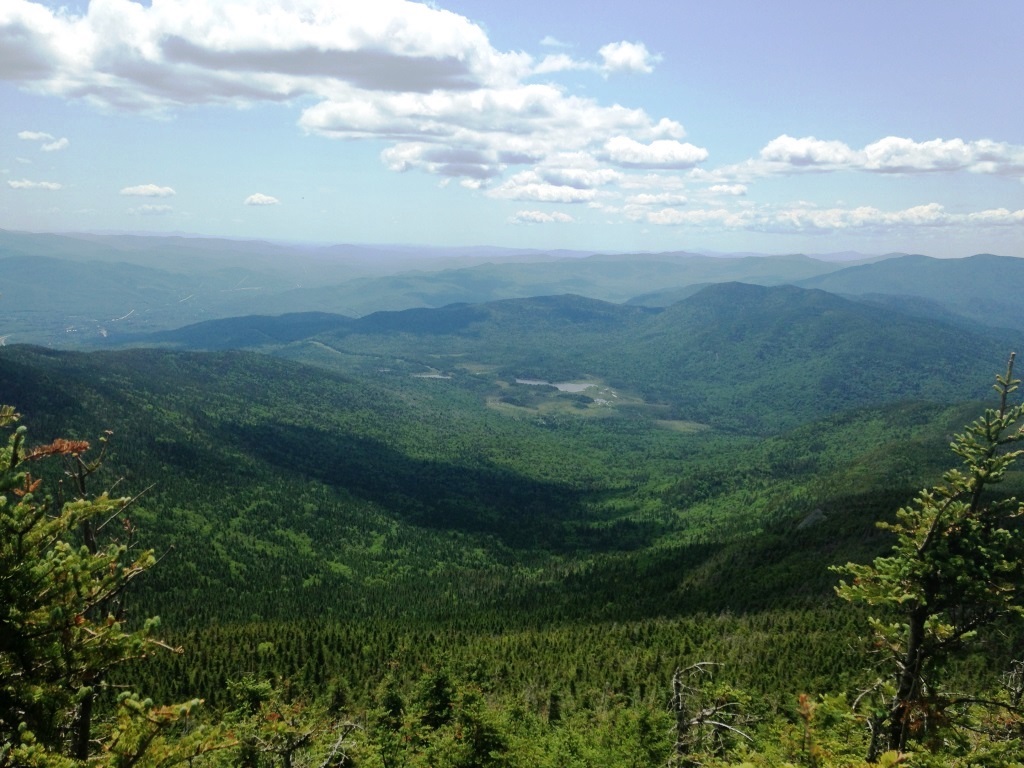 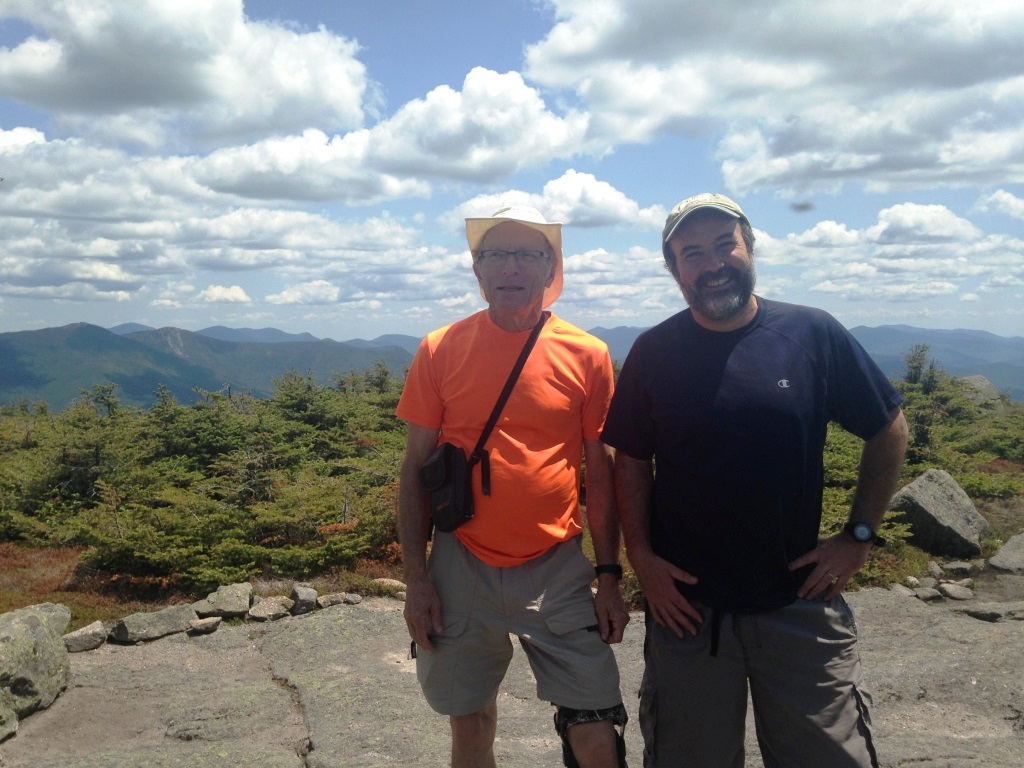 There were quite a few people at the top of South Kinsman, as would be expected since it is a 4,000 footer with great 360 views (left and right). iThe last time I had been there was in 2010 with my son Alex - we had climbed it from the front side. 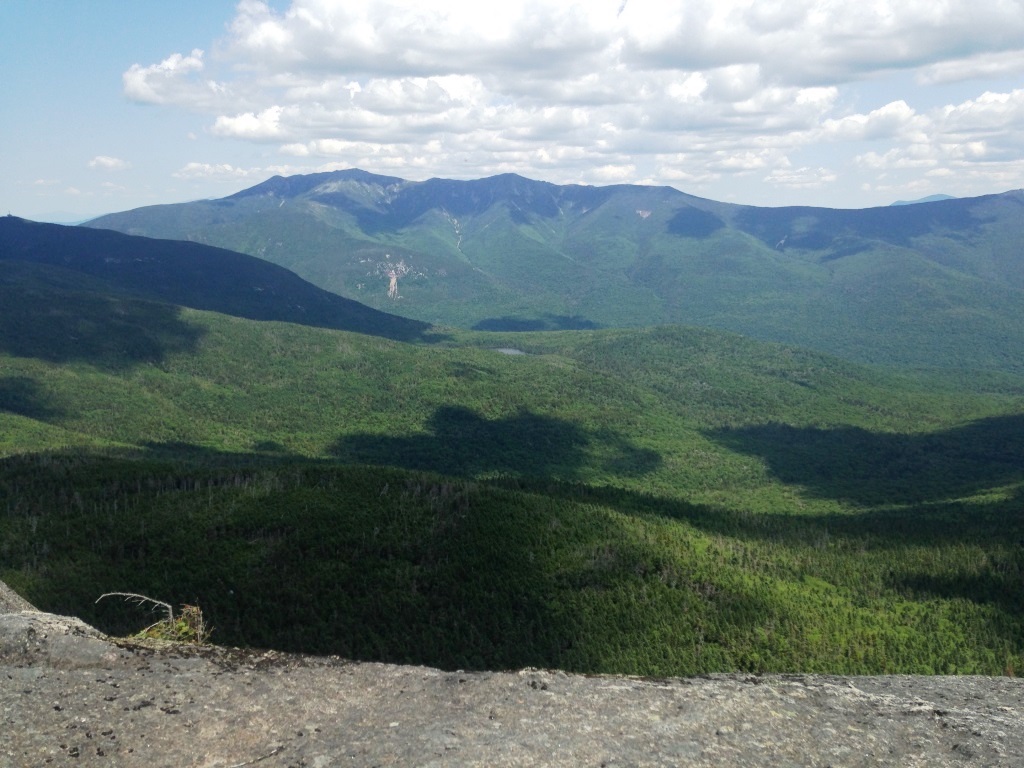 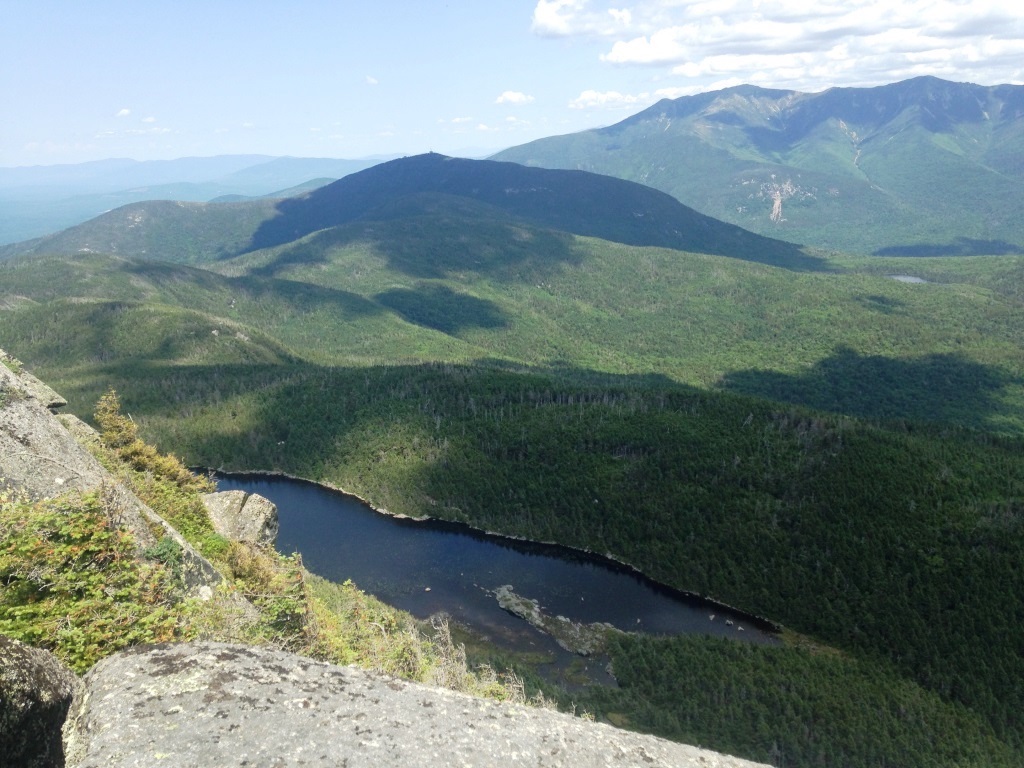 From there we headed along the ridge to North Kinsman, which has two great ledges below the trail with nice views to the east (left, Lonesome Lake is in the middle). By dropping to the lowest ledge (faint trail), we had a great view of Kinsman Pond just below us (right). 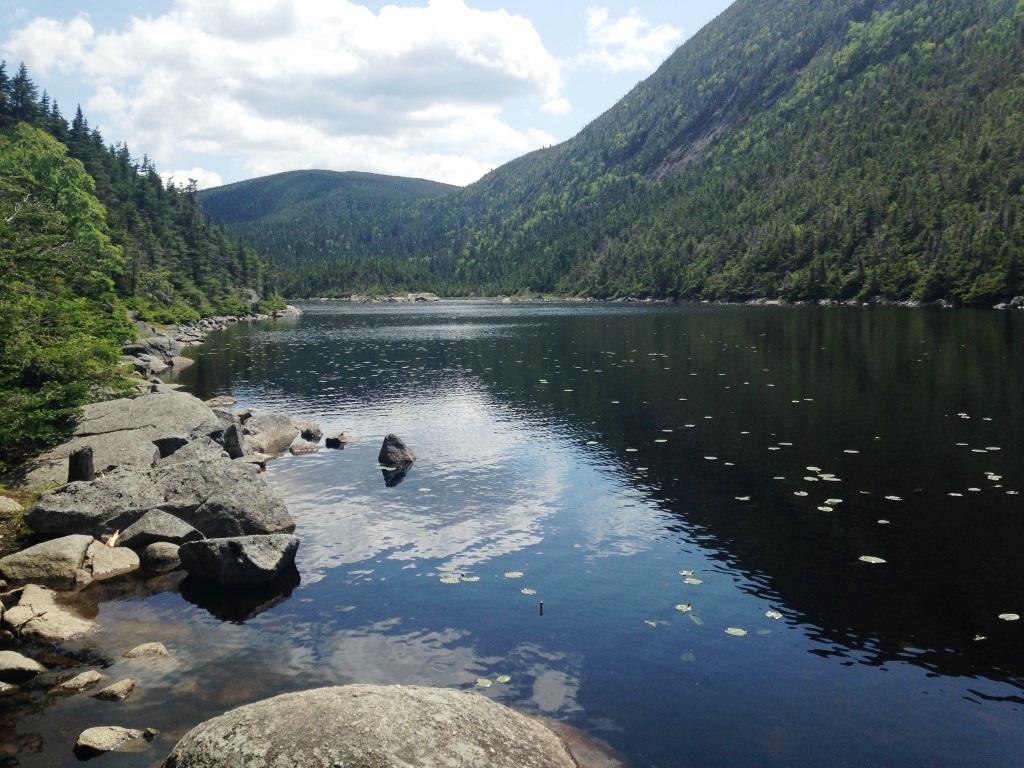 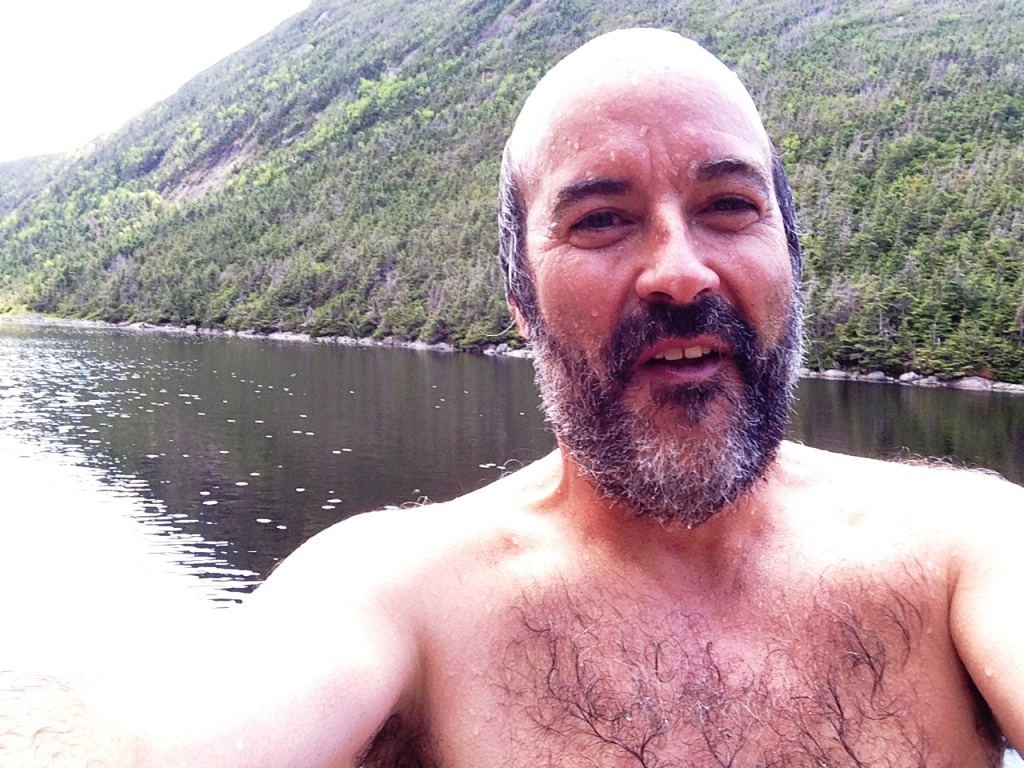 From there we continued down along the ridge and past the Mt Kinsman trail to pay a visit to Kinsman Pond and go for a swim. It was a hot day and the water felt really nice (left and right). 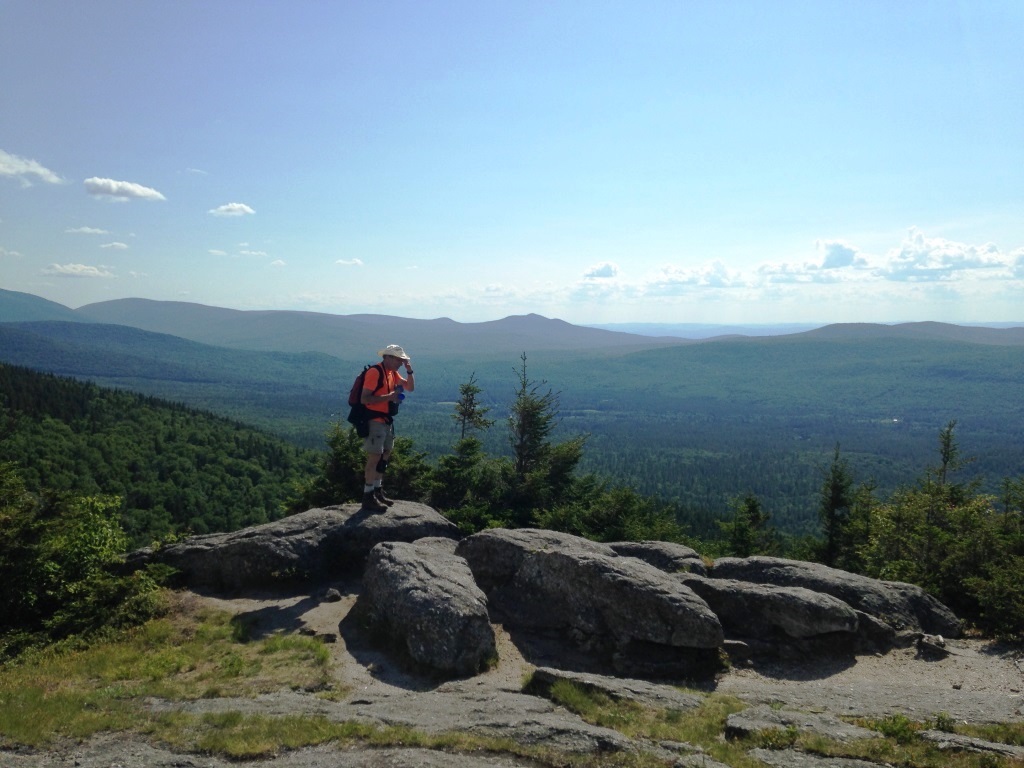 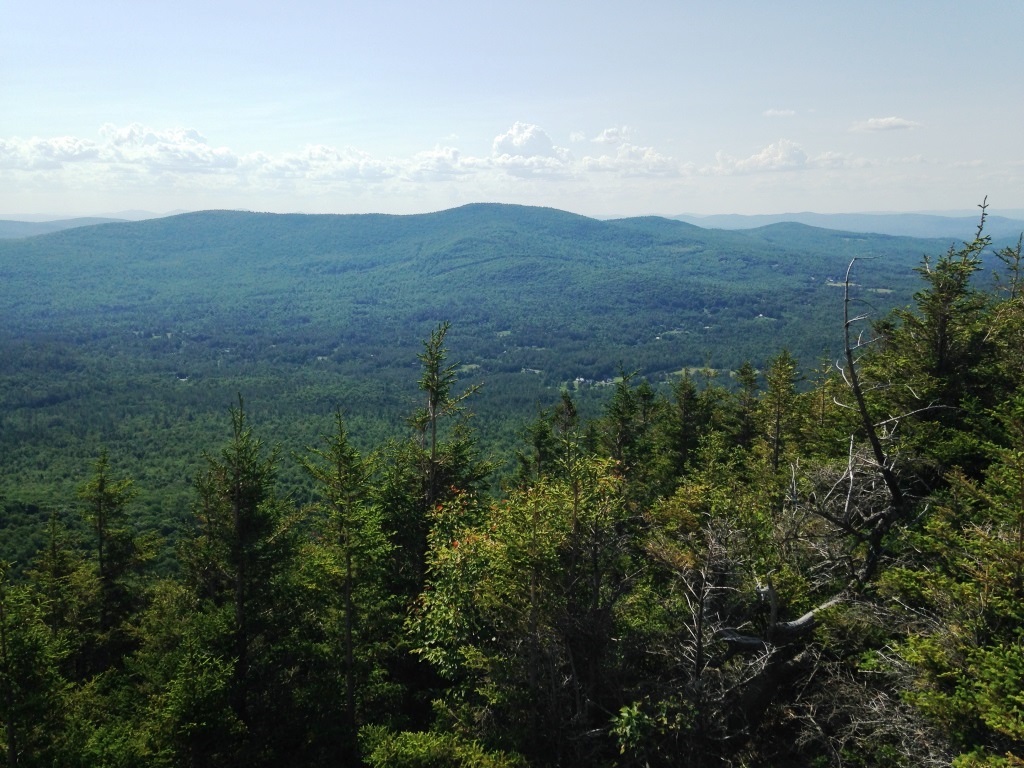 We went then back up to the ridge and the Mt. Kinsman trail, on which we dropped down all the way to the trailhead at 1,000 feet. It's a nice regular trail. At 2,500 feet we took the side path to Bald Knob (also called Bald Peak), which is a wide open ledgy area with great views to the west extending to Vermont (left and right). We also took the side path to Kinsman Flume (unmarked but indicated on the guide), which is a big vertical cut in the rock down which the stream flows, not particularly spectacular.