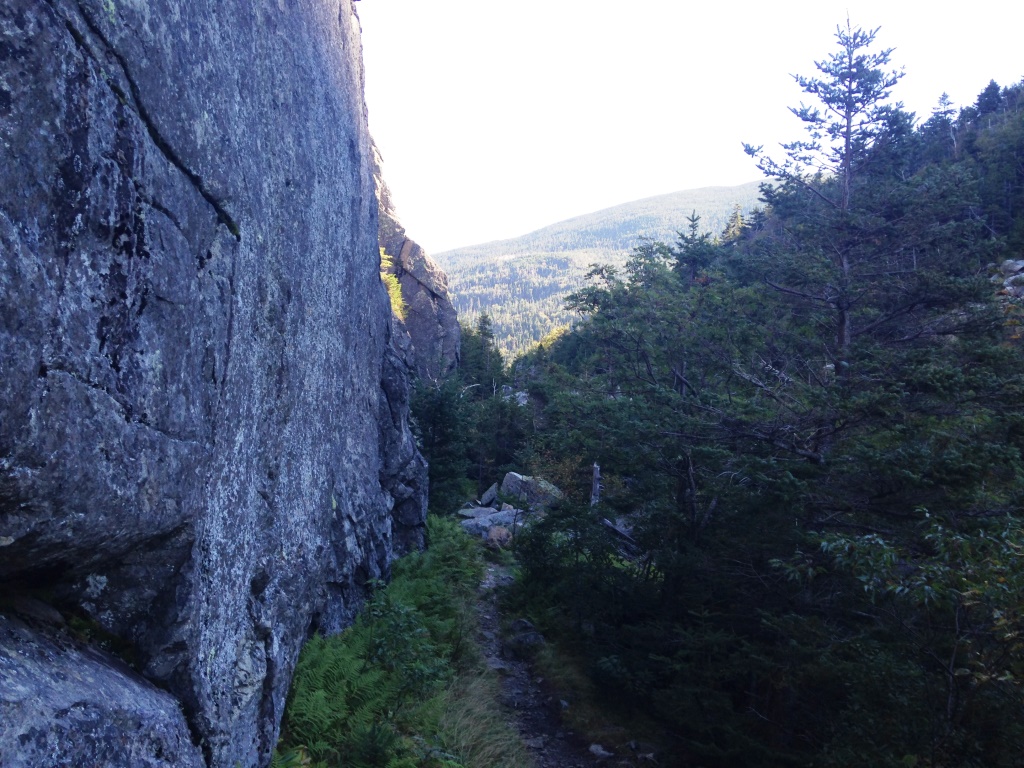 Climbing Lafayette can be crowded because the Franconia Ridge hike is such a classic. We solved this by going up the little-used Greenleaf Trail, then taking the Garfield Ridge Trail to go over the north peaks of Lafayette and bagging Garfield as a bonus before going down the Garfield Trail where we had spotted a car. The Greenleaf Trail starts out pretty rough but then goes through spectacular Eagle Pass (left) and actually becomes easier further up with nice rock steps. Shortly before getting to Greenleaf Hut there is an unmarked side path to a ledge with a partly obscured view of Echo Lake (right). 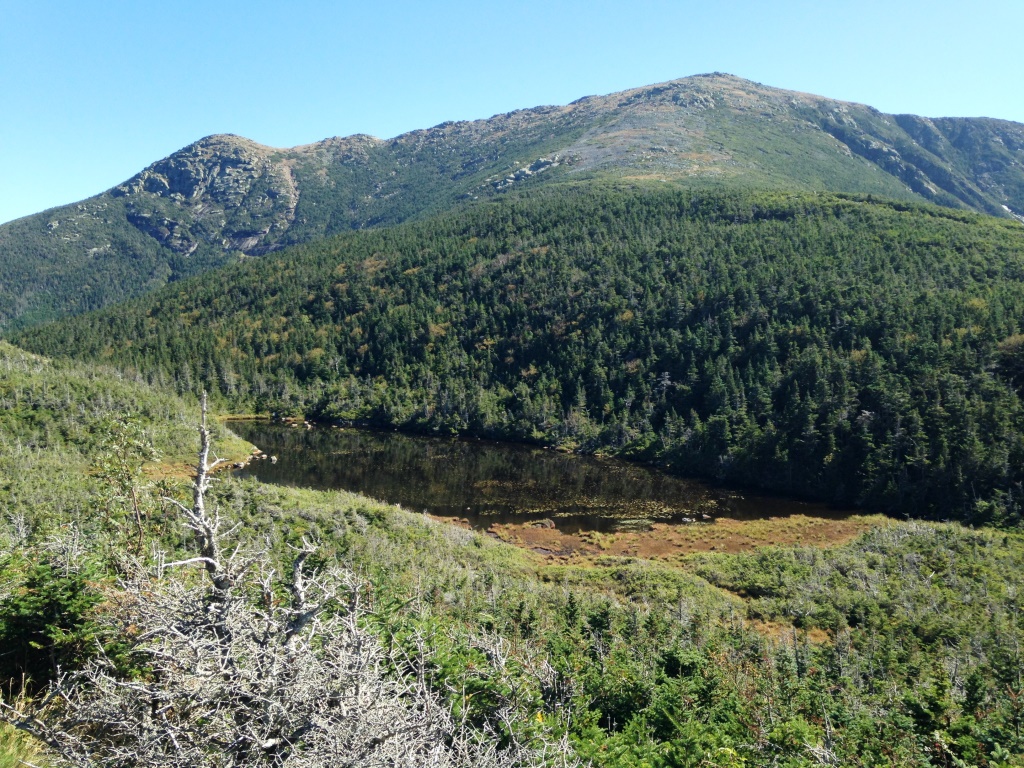 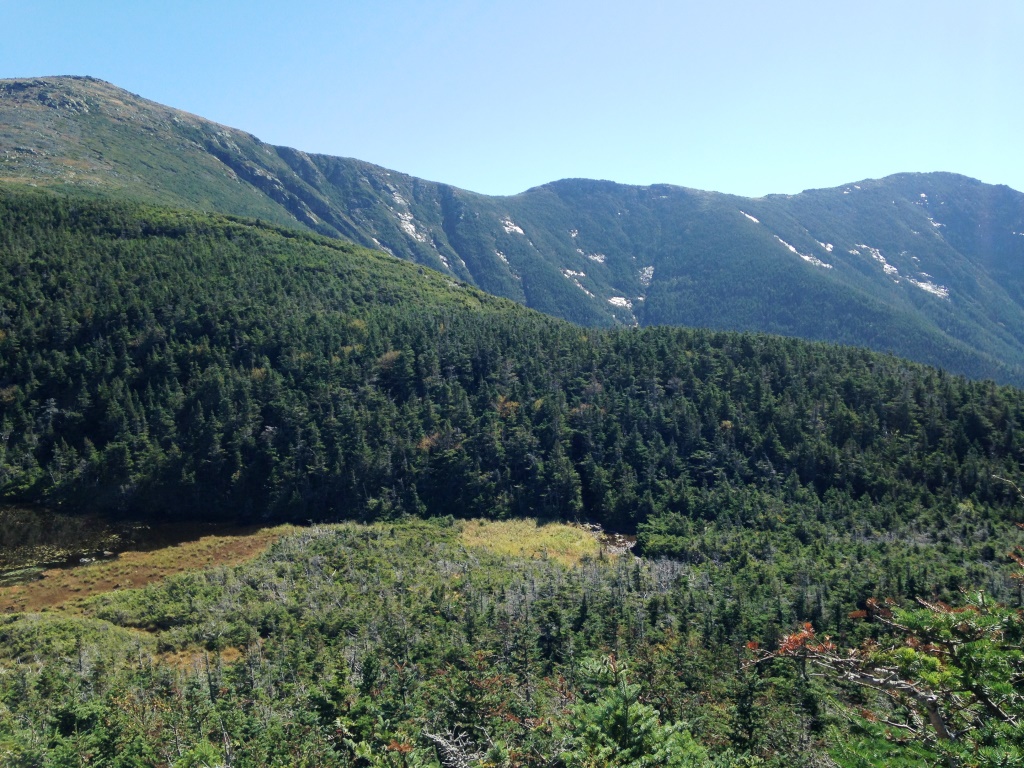 We got to Greenleaf Hut with its great views of Lafayette (left) and the Franconia Ridge (right) and saw our first people of the day coming up from the Old Bridle Path. It wasn't too crowded though, by virtue of being a Friday. 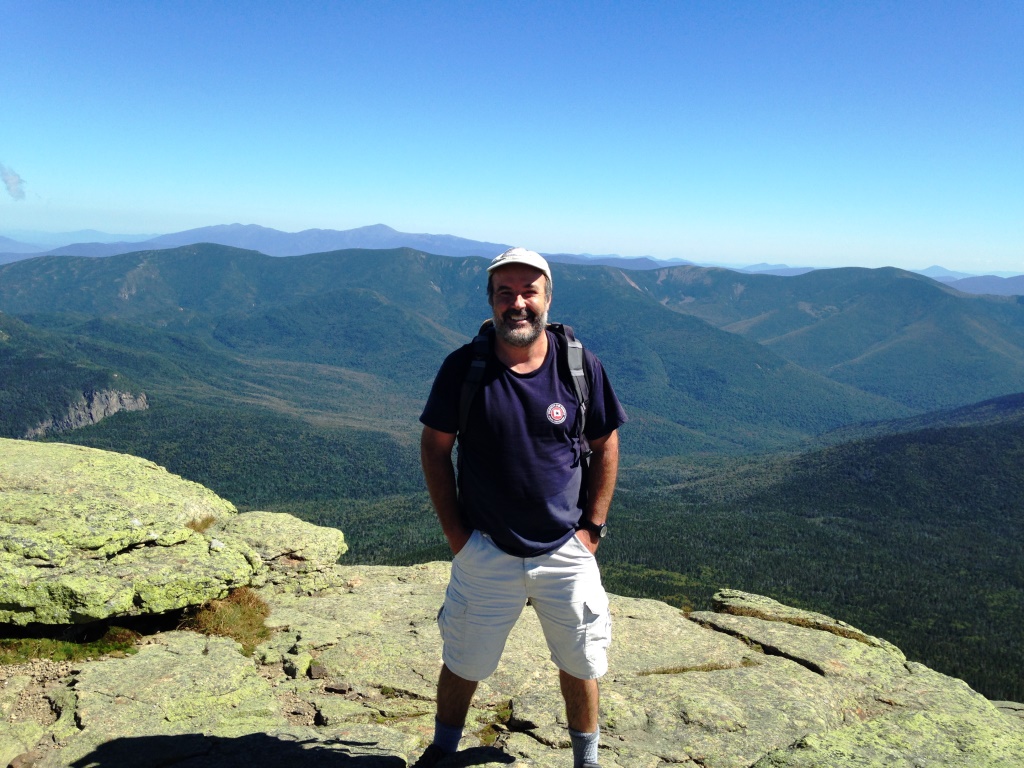 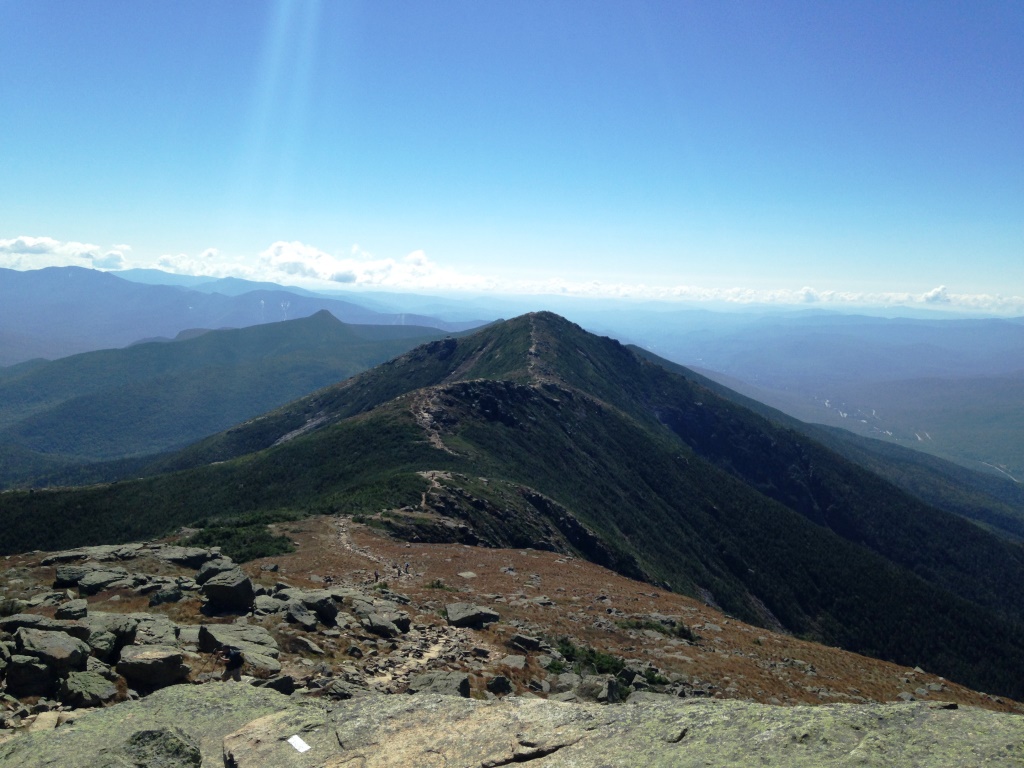 We climbed up Lafayette and enjoyed the spectacular views towards the Bonds (left) and the Franconia Ridge (right). There was no wind at all and I was surprised to experience some black flies, in mid-September! But they weren't bad and disappeared as soon as there was a breeze. 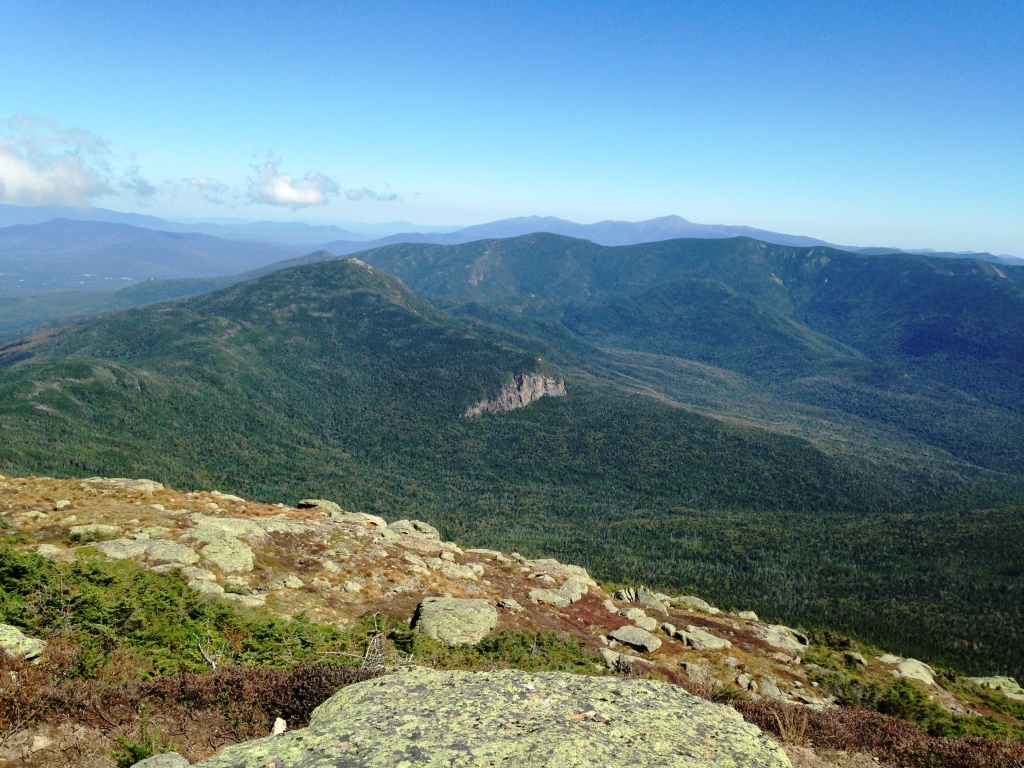 From there we headed north and left the crowds behind. The Garfield Ridge Trail took us over the northern bumps of Lafayette for a great stretch above treeline (left looking toward Garfield where we were heading, right looking toward the North Country). 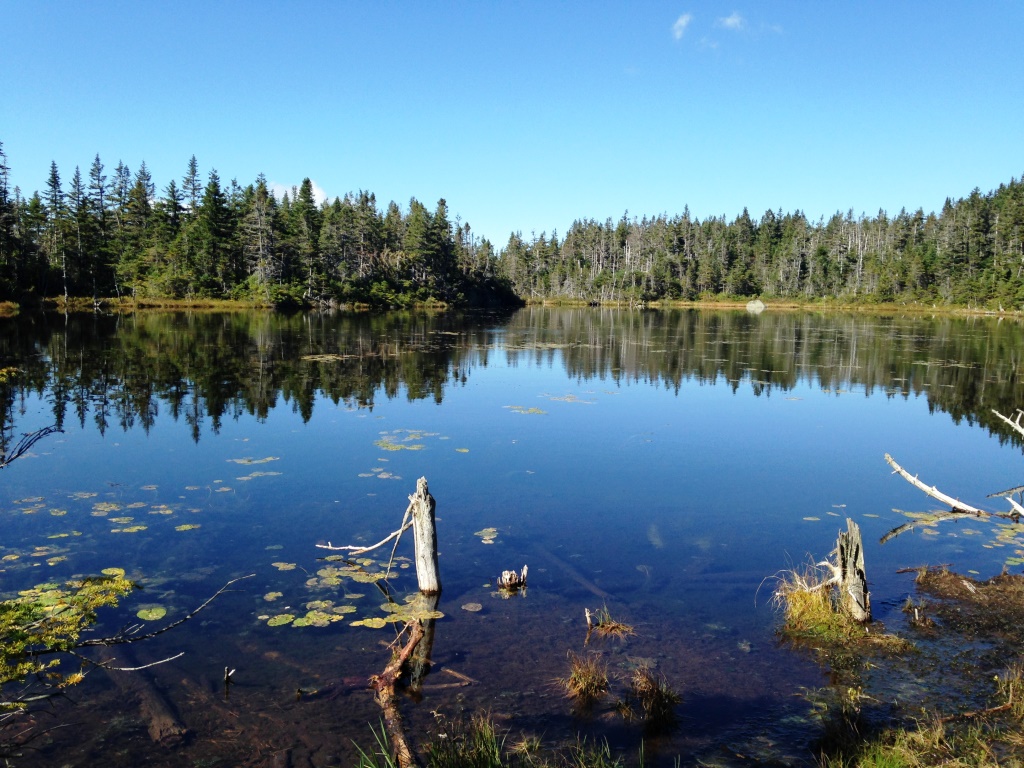 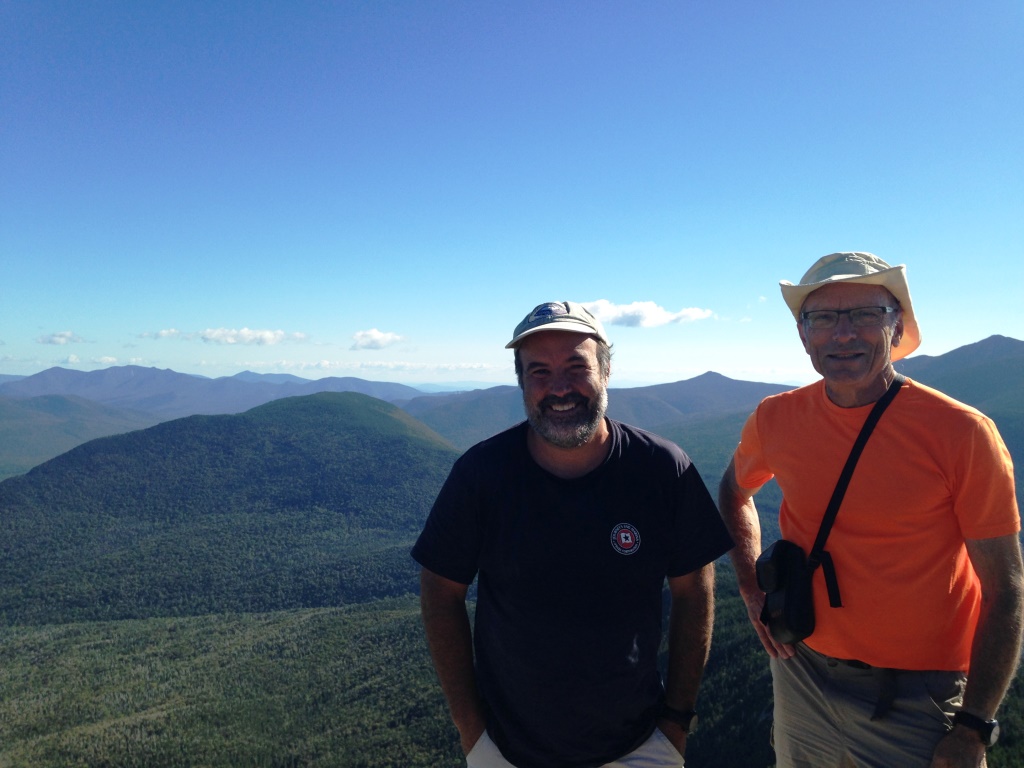 We then dropped into the ridge separating Lafayette from Garfield. This is a fairly rough trail with lots of ups and downs. Finally we dropped to a col at 3,600 feet and then up to Garfield. On the way up Garfield we took the short side path to the east end of Garfield Pond (left), very pretty with a boggy shore and lots of dragonflies. At the top of Garfield we found a nice couple on their honeymoon to take our picture (right). 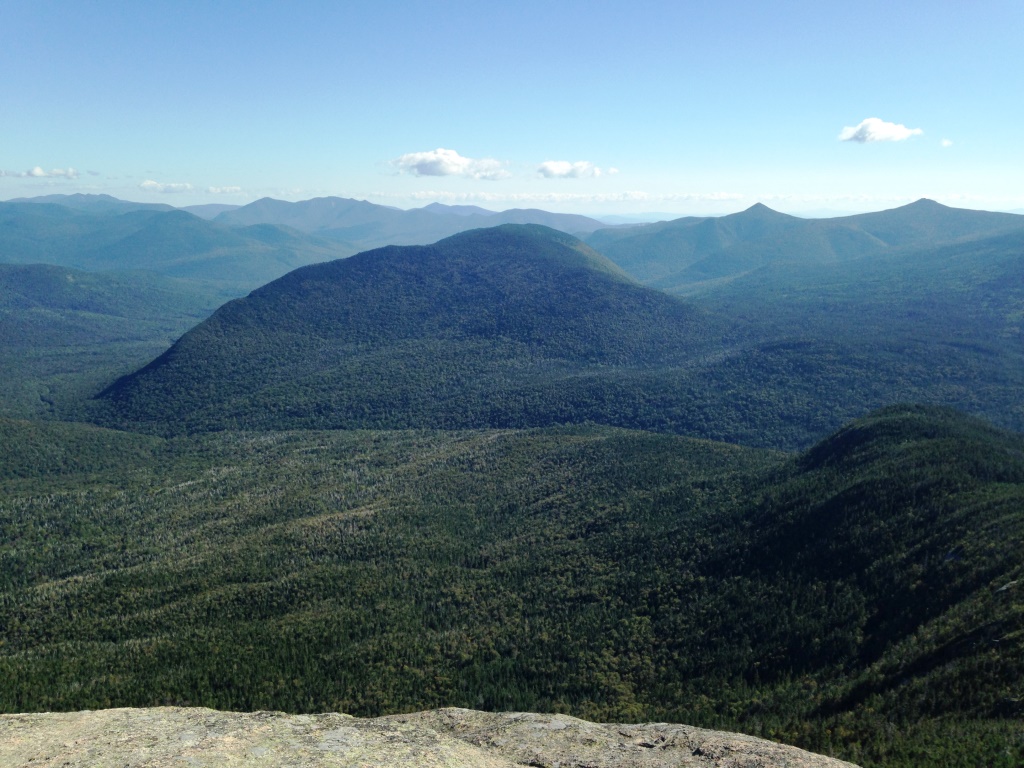 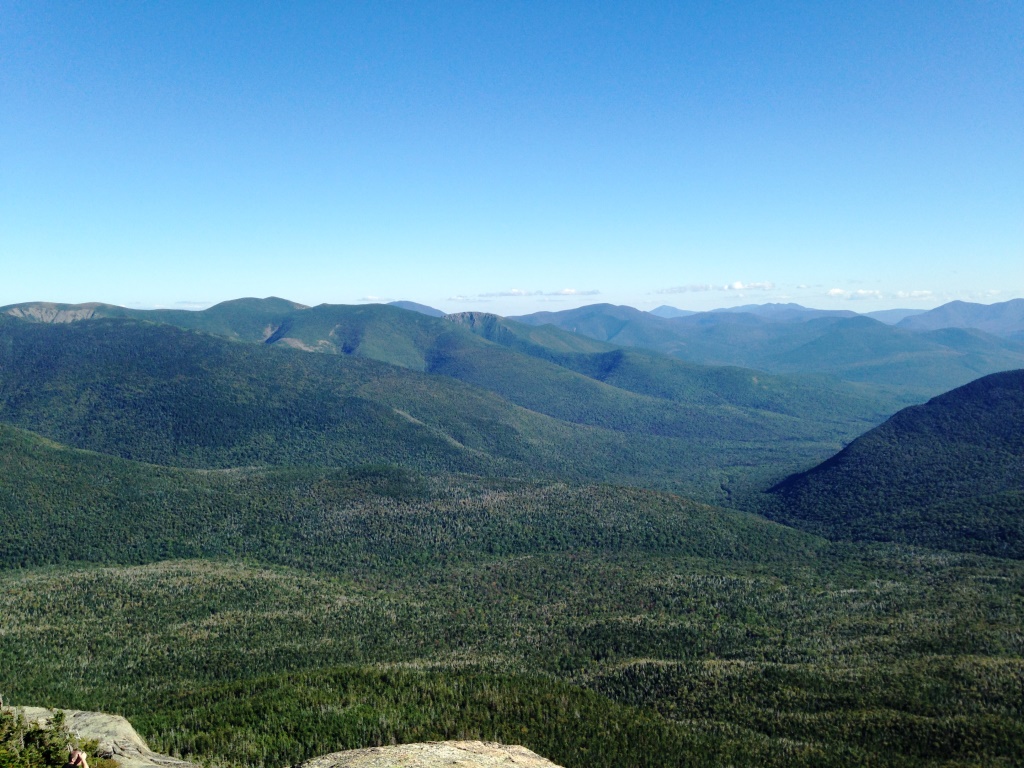 The views from Garfield are pretty fabulous (left and right, and below left). Looking back at Lafayette (below left) shows that the peak of Lafayette is actually a series of bumps, something you don't really see from other angles. 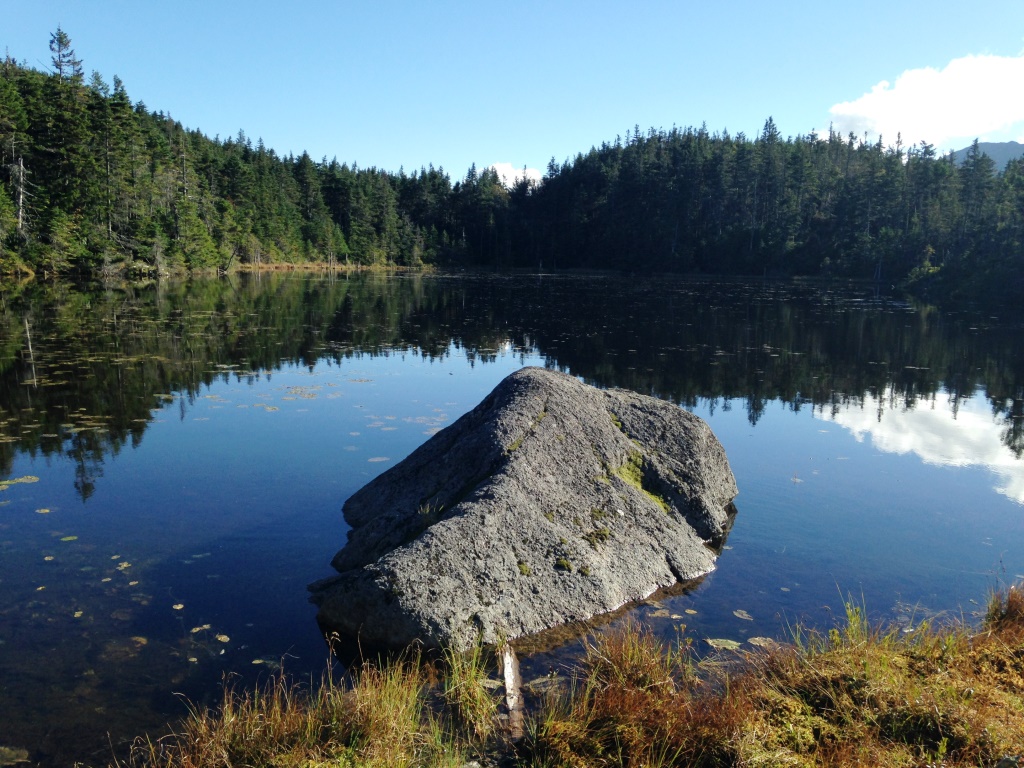 We then went down Garfield Trail, and at about 3,800 feet took the abandoned path that we had discovered in June to take us to the western end of Garfield Pond. It's a little obscure because of the blowdowns along the way and takes about 10 minutes but you are rewarded with a great view of the pond from the opposite side of the Garfield Ridge Trail (right). From there it was back to the Garfield Trail and a long way down to the trailhead at 1,560 feet.