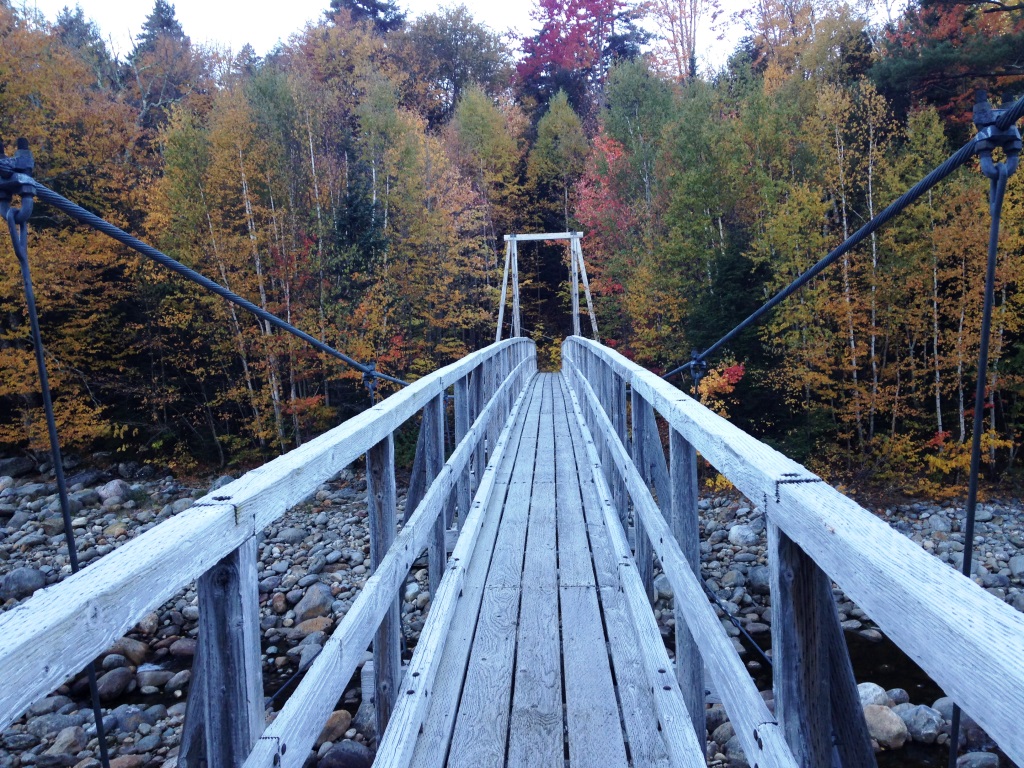 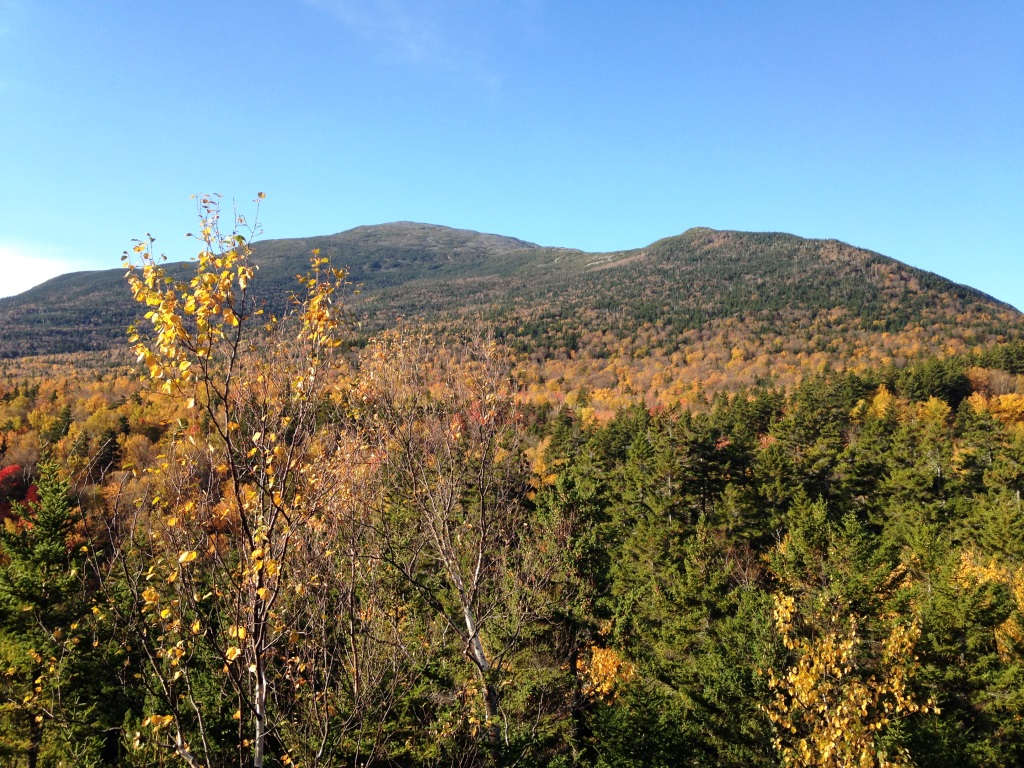 On this cloudless October day, with foliage now past its prime, Peter Wyatt and I hiked up Mt. Madison by the Great Gulf and Madison Gulf trails, and down the Osgood Trail. I had never been on the Madison Gulf Trail, reputed to be a difficult scramble with warnings galore in the guidebook. The Great Gulf Trail starts with an incredible suspension bridge crossing the Peabody River (left) and then progresses up the valley to a point called The Bluff, where a rock outcrop provides views up the valley and toward Mt. Washington (right). 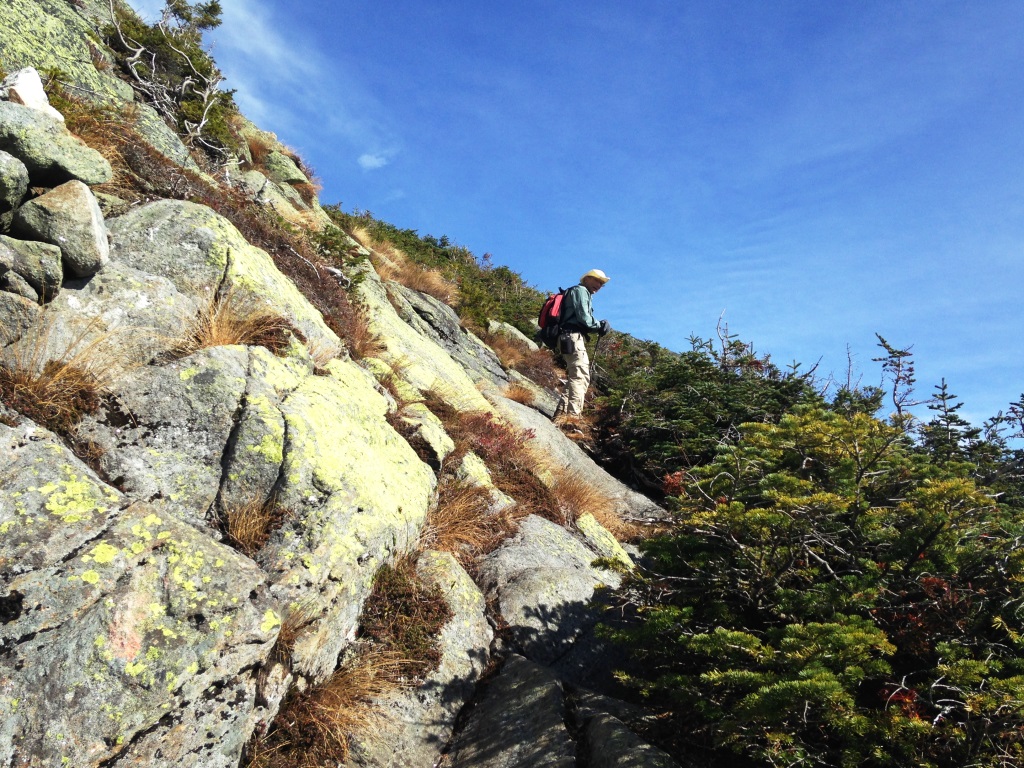 From there we started on the Madison Gulf Trail, which is scrambling and steep enough to be fun as it climbs the headwall (left and right) but is really not particularly difficult. Unlike other headwall climbs in the White Mountains, this one stays wooded almost to the top, maybe because of southern exposure. As a result there are always branches to hang on to as you climb, and there isn't much to be scared about. There are however a number of stream crossings that would surely be difficult at high water but with the current drought that was no problem. There were some patches of early snow. 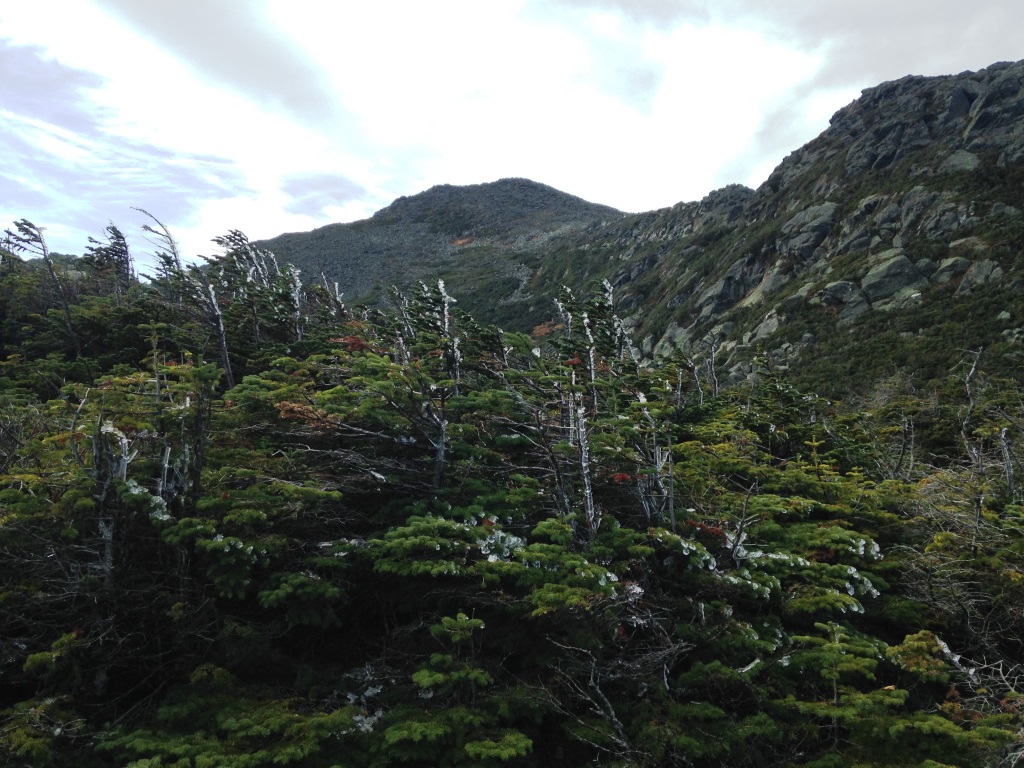 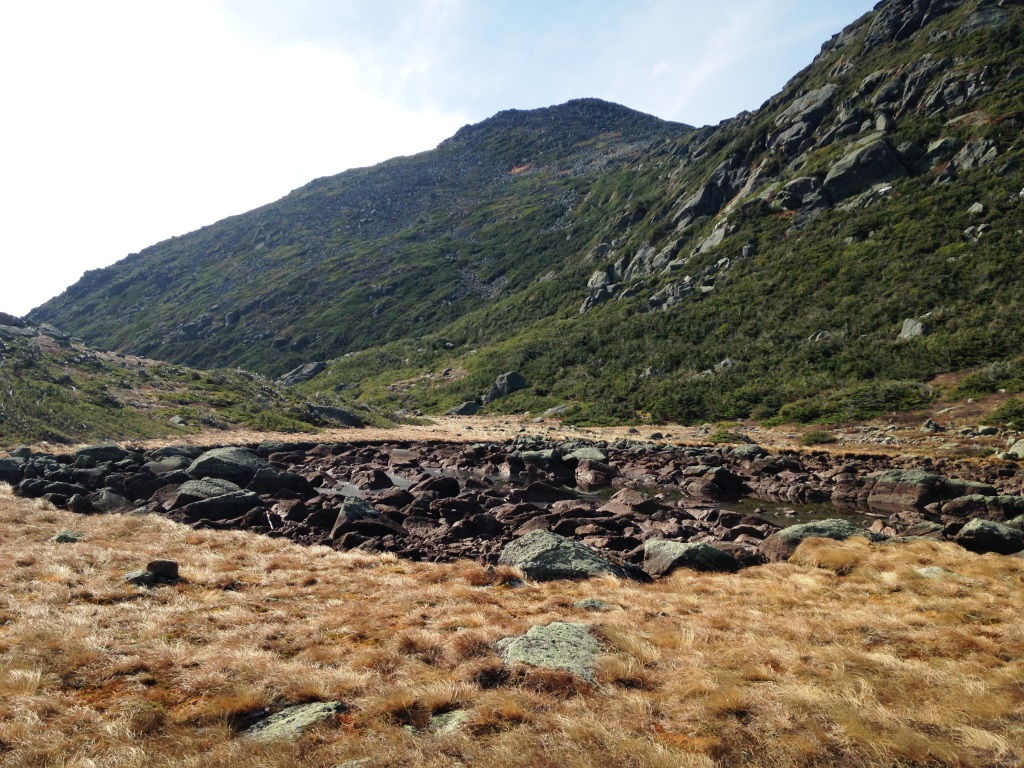 At the top of the headwall we broke out in the open to see clumps of shrubs covered in rime ice (left). There were lots of ripe cranberries and overripe blueberries. Tiny Star Lake was tinier than I had ever seen it, another victim of the drought (right). Here's a fuller Star Lake as seen on a 2009 hike. 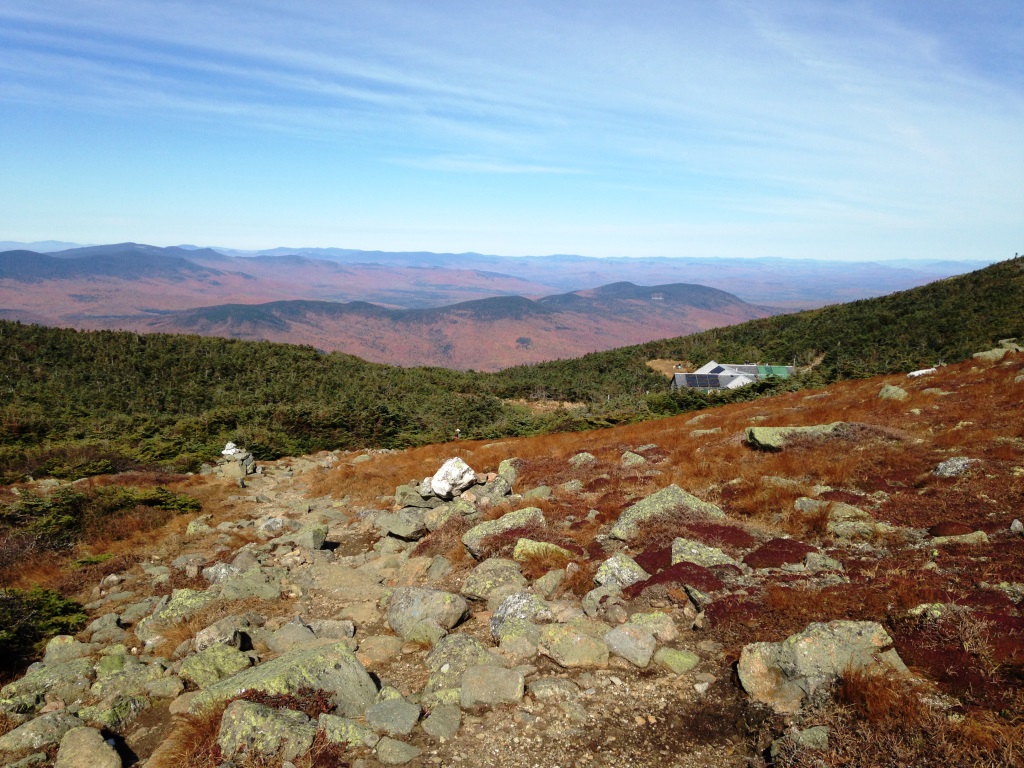 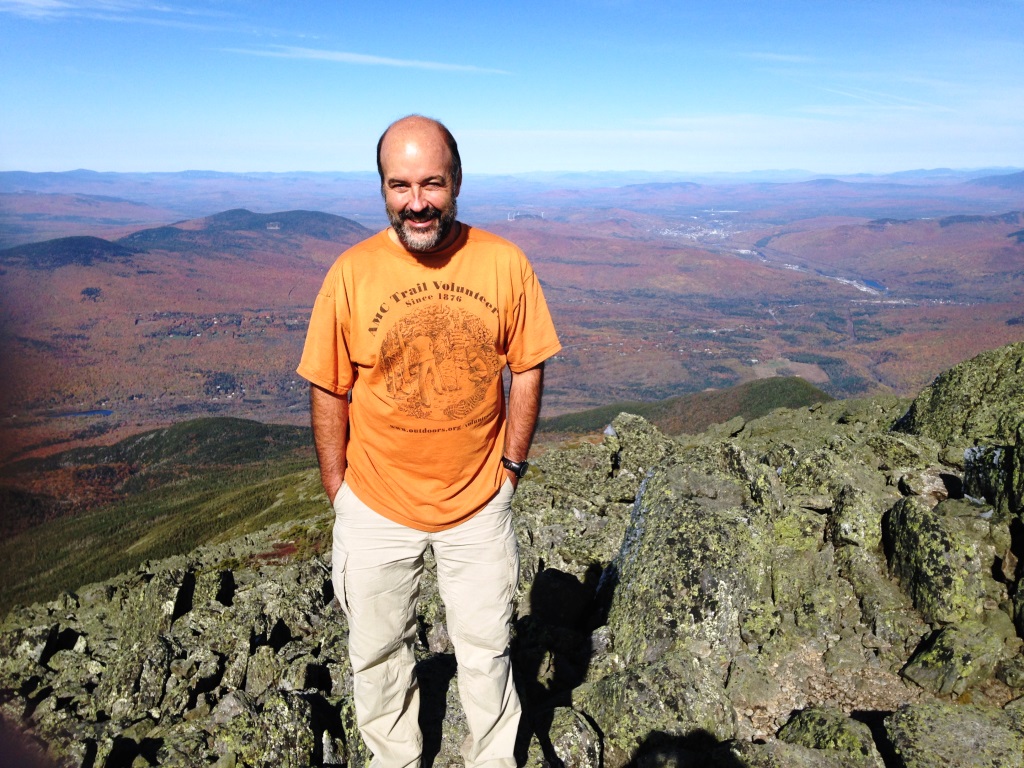 We made our way to Madison Hut (left), which was closed for the season, and up Mt. Madison. The conditions above treeline were just gorgeous - blue skies, no winds, T-shirt weather (right). The past-prime foliage made for a sea of red down below. We saw several brand-new wind turbine farms far in the distance to the north as eerie groves of white trees. 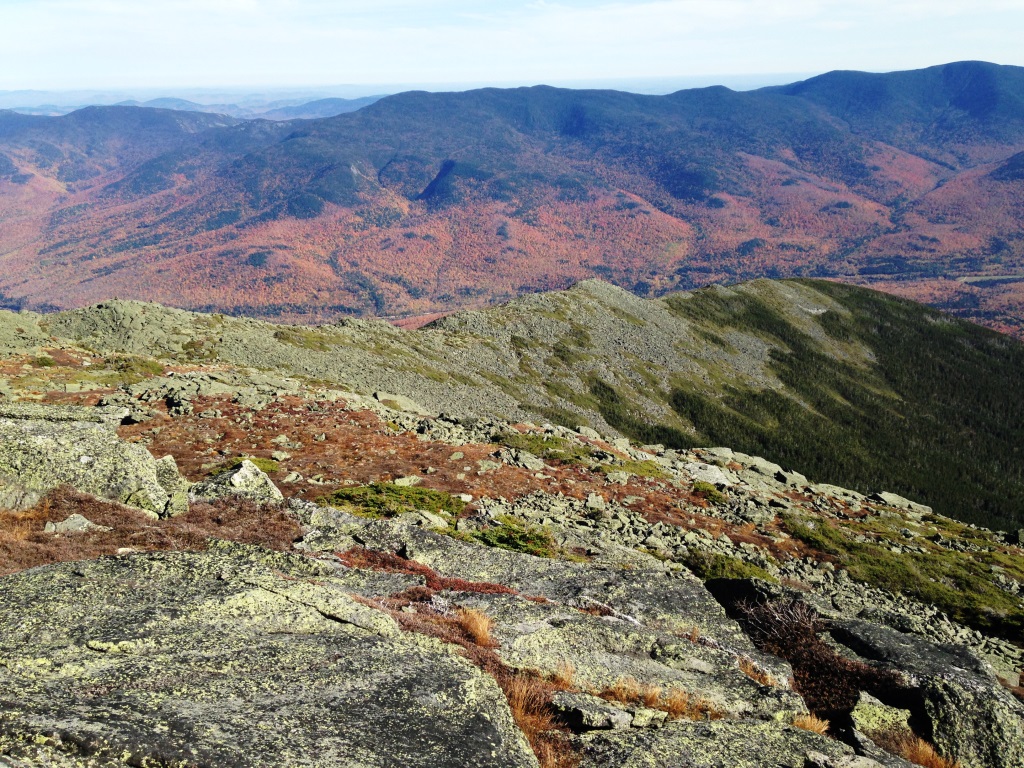 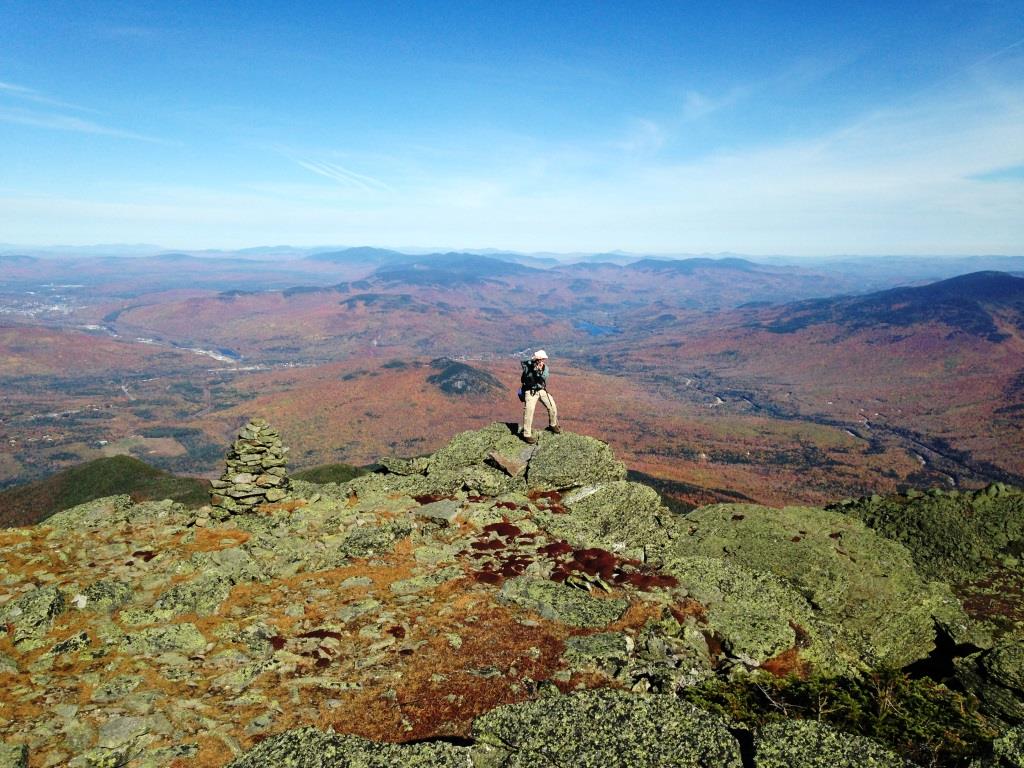 From Mt. Madison we went down the Osgood ridge (left), which kept us above treeline for a long time with fantastic views to the north (right) and to the south (below left). As we dropped into the trees we saw a friendly grouse (below right) which was not scared of us at all. From there it was a long hike down and back to the car. 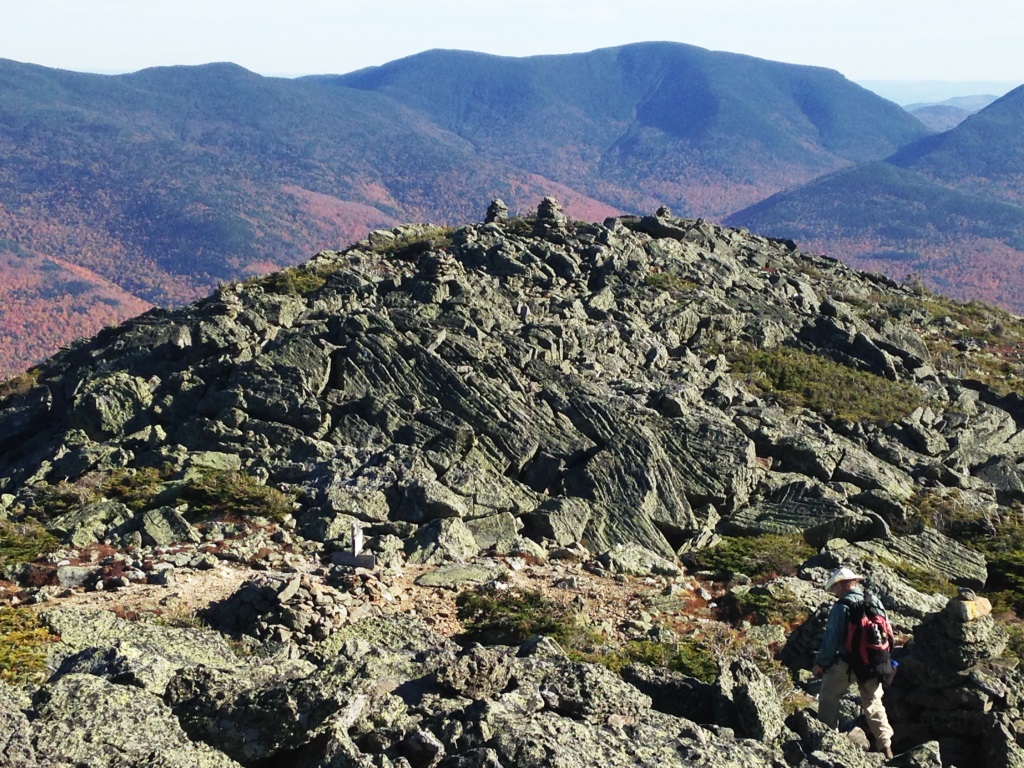