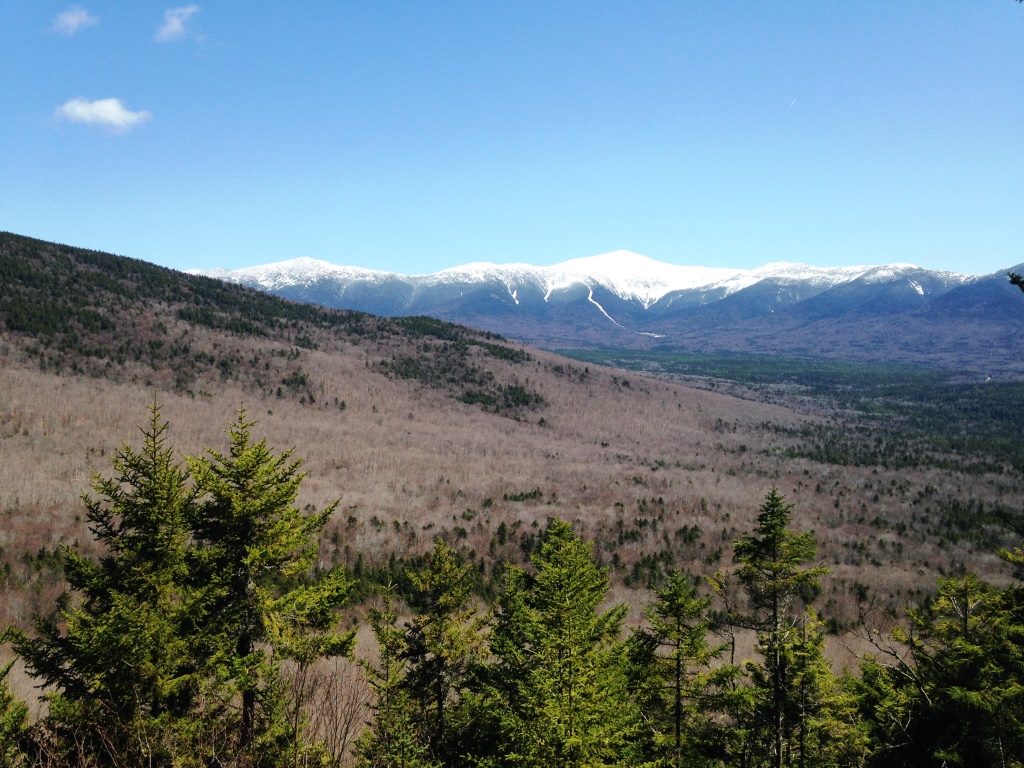 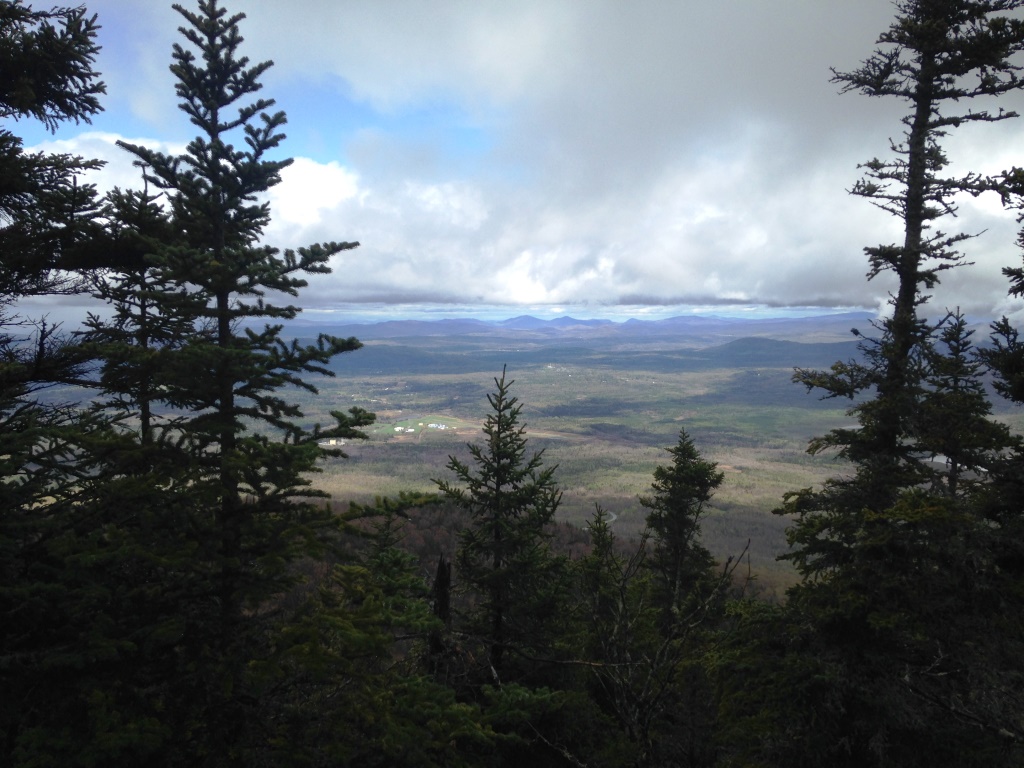 My 2017 hiking season began with a bushwhack up Little Mt. Deception (left) and a hike up Owl's Head in Jefferson (right). Coming down Owl's Head I fell on a log and a splinter punctured my hand, triggering a nasty infection that sent me to surgery and 2 hospital nights on intraveinous antibiotics. 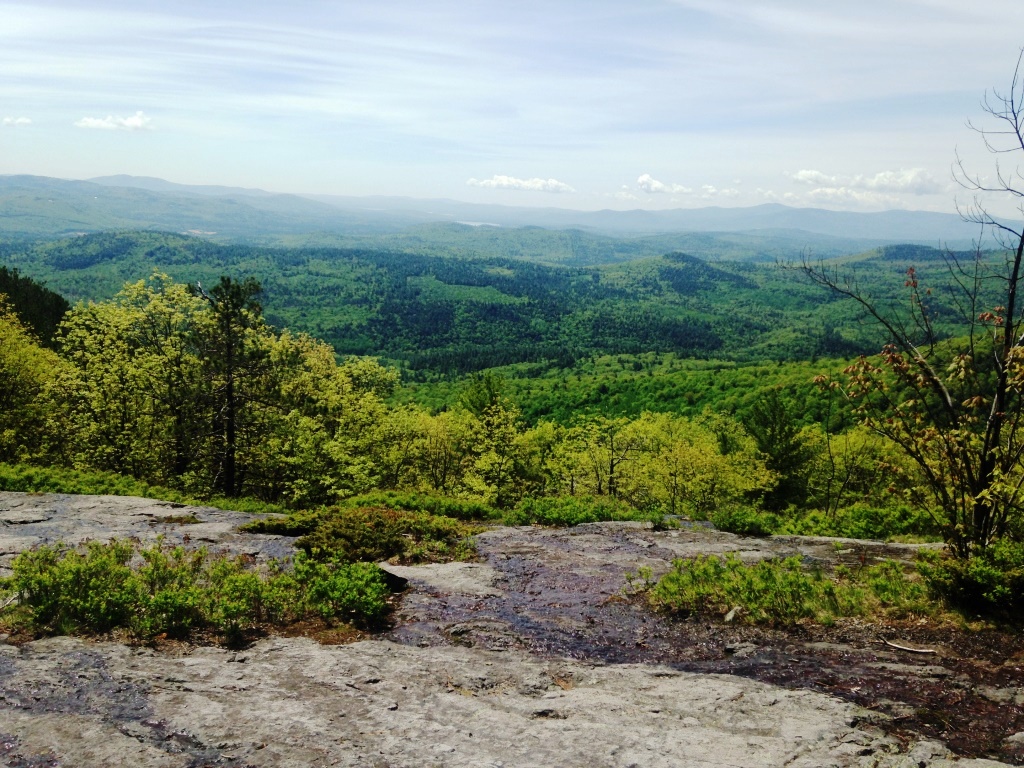 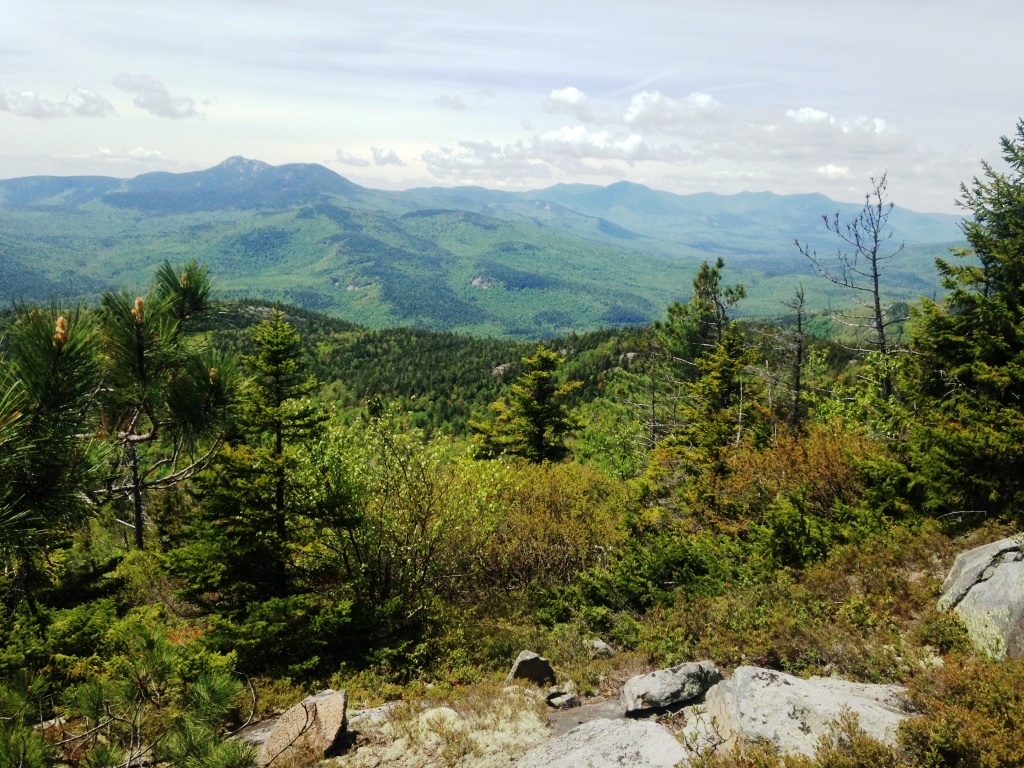 I recovered to do the Moats with Peter Wyatt on May 28. We dropped a car at Diana's Baths and started from the Moat Mountain Trail in Conway. It's a very low altitude start at 650 ft and the day was warm. The Moats are a very ledgy mountain range, with views created by a fire several decades ago, and we had good views on the way up looking toward Chocorua and to the south (left and right). 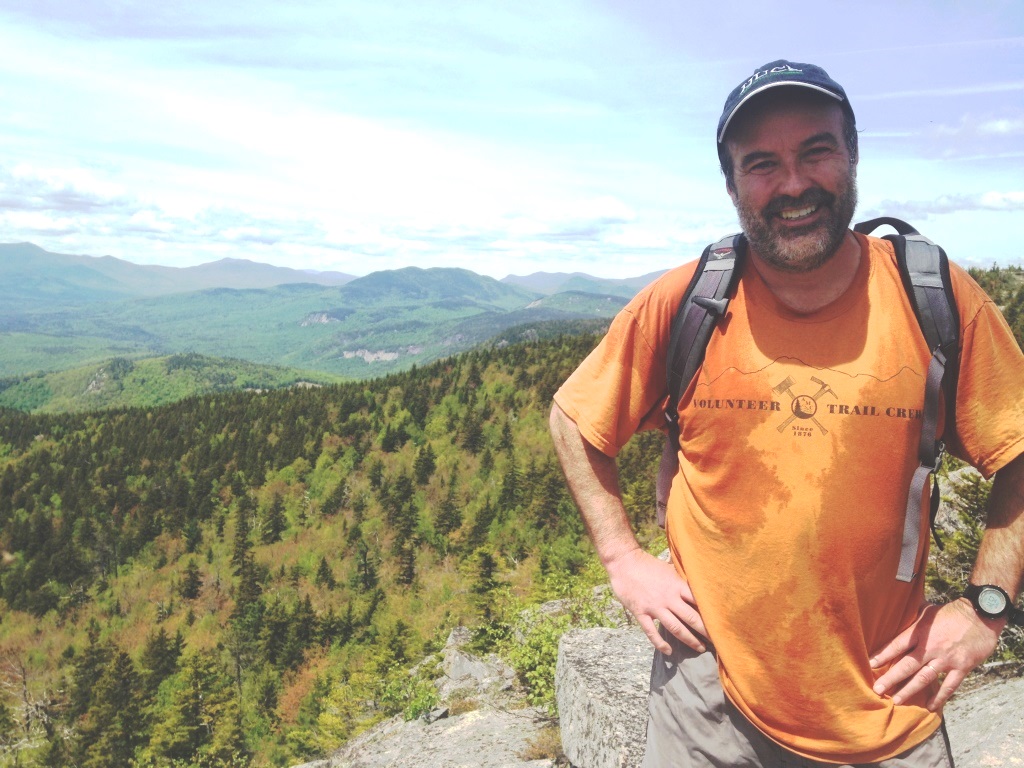 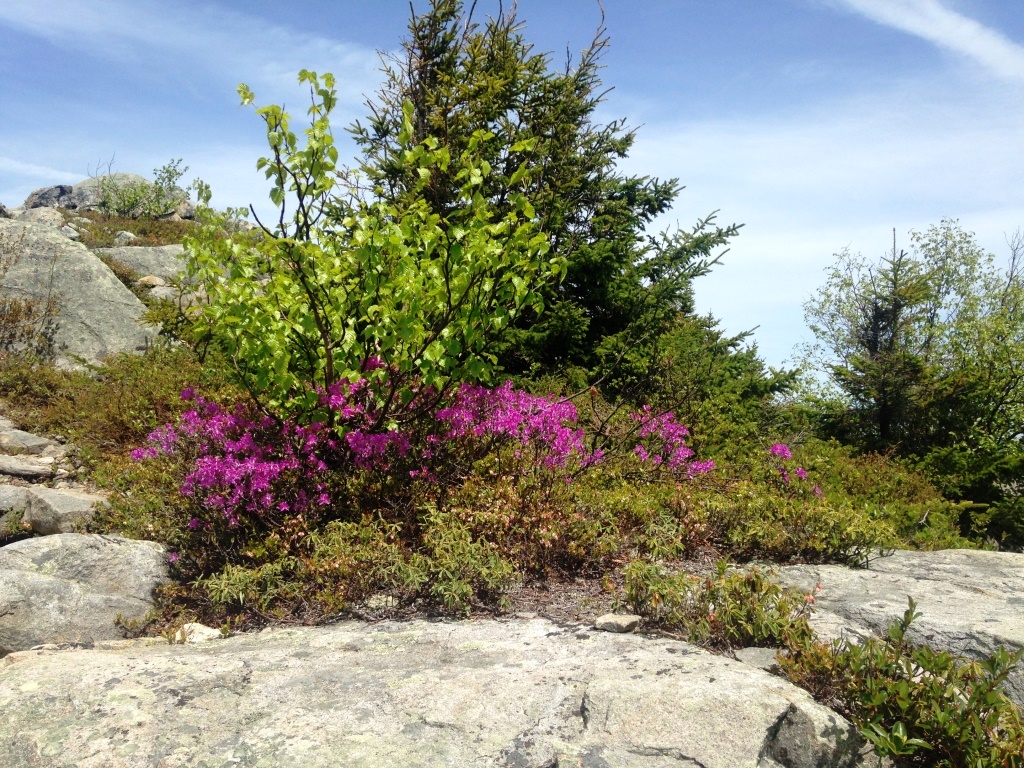 We got to South Moat with fantastic views all around and rhododendrons in bloom (left and right). This is a beautiful time of year with the mountains lime-green from the new growth. 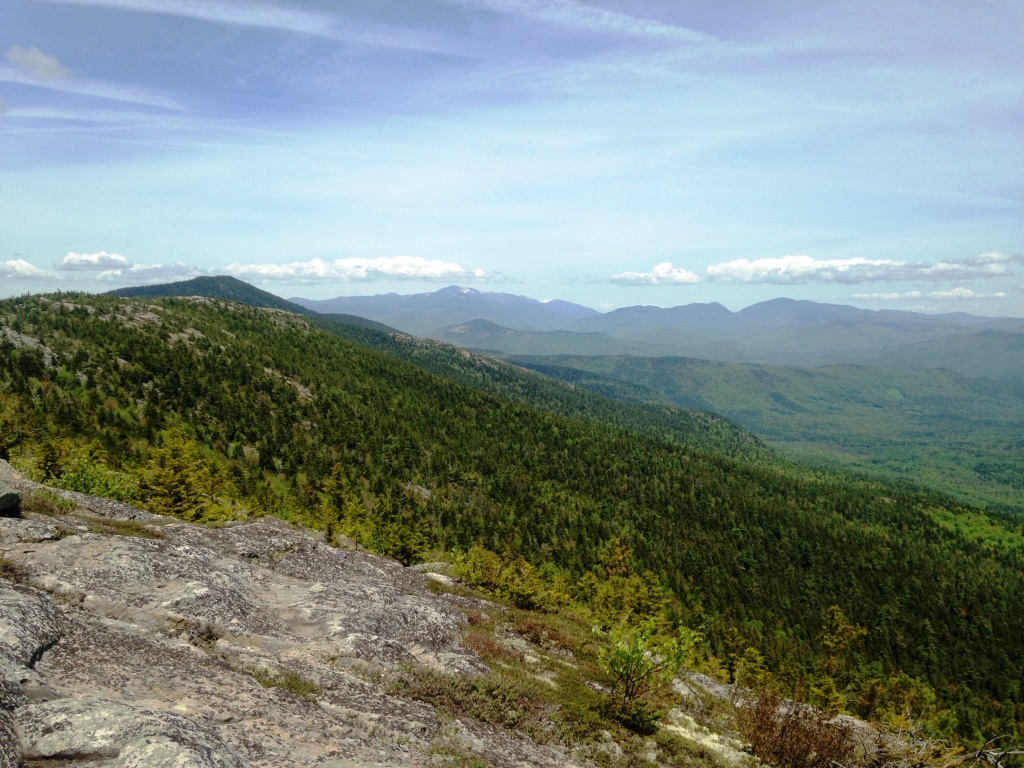 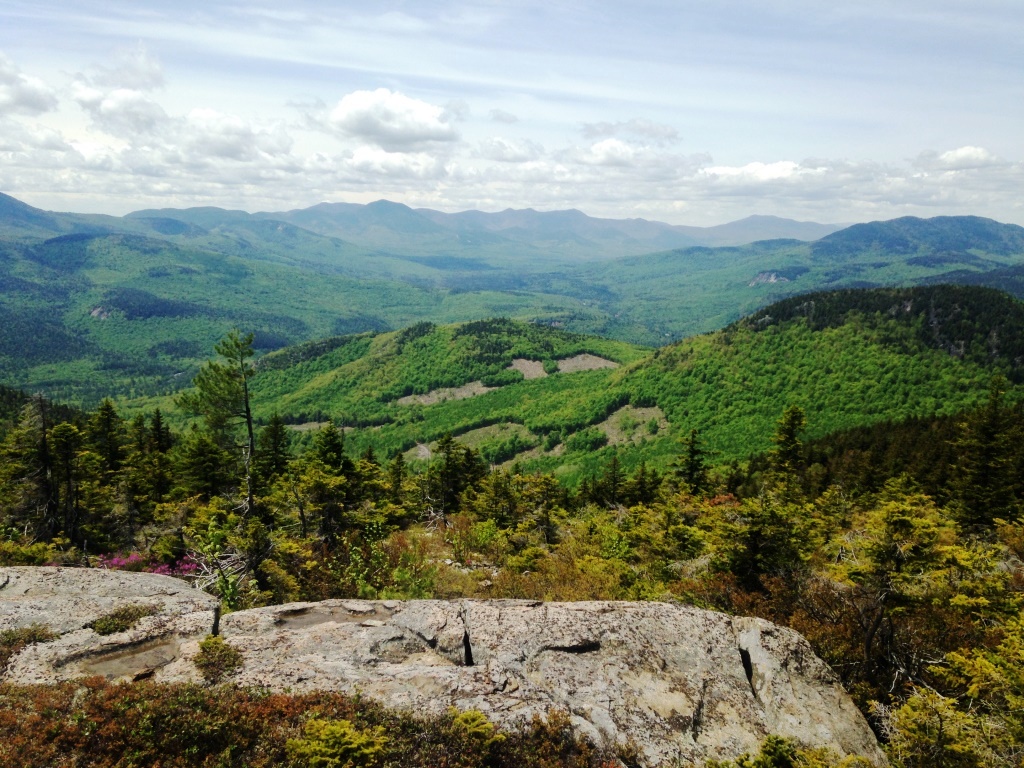 From there we continued on the ridge to Middle Moat, again with superb views (left and right). There were recent logging clear-cuts on the slopes below. The National Forest is a land of many uses! I love it. 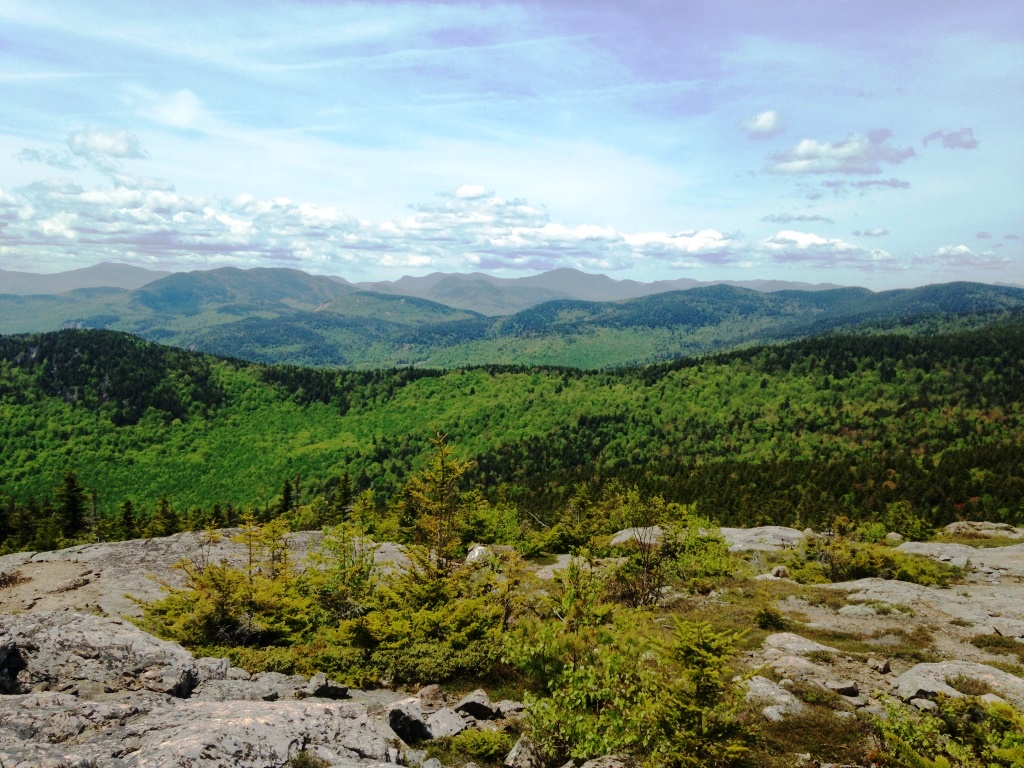 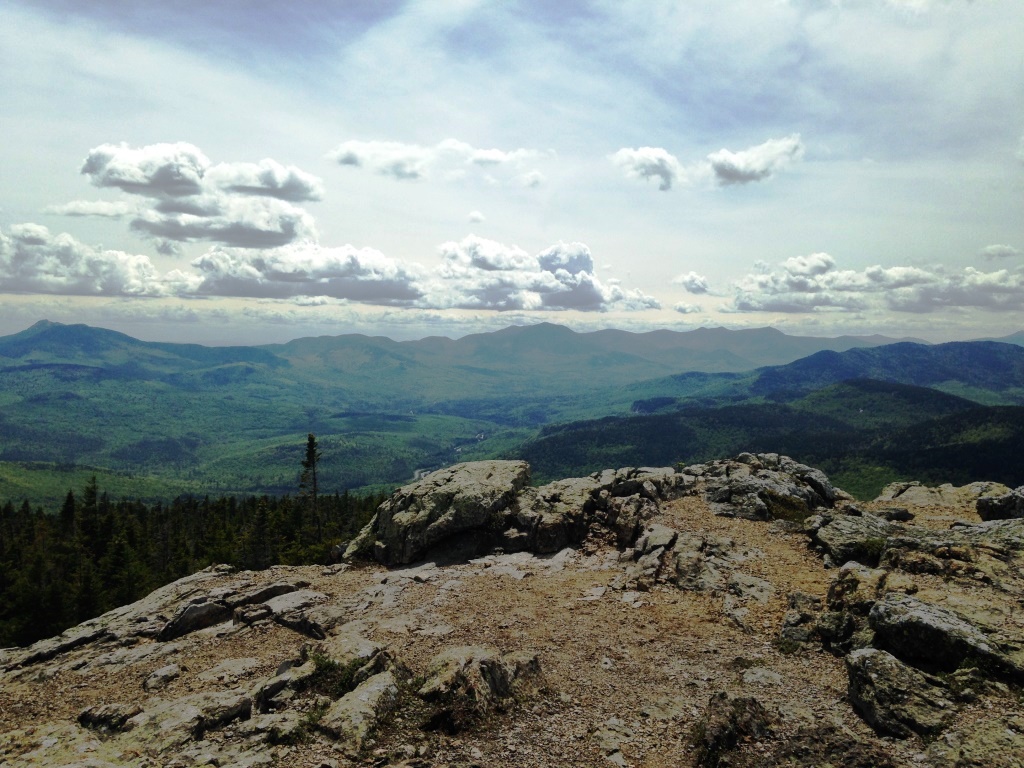 Land from there on to North Moat, the highest point at 3,200 feet. Again great views (left and right). The climb from Middle to North Moat involved some fun scrambling on ledges and lots of views along the way (below left). 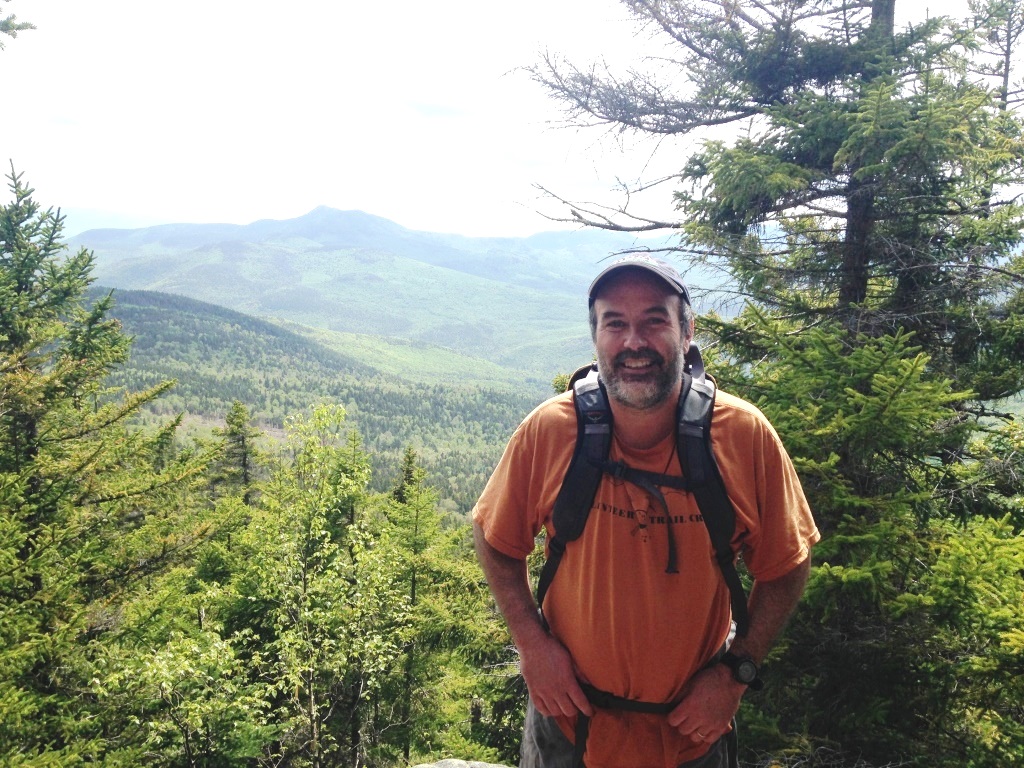 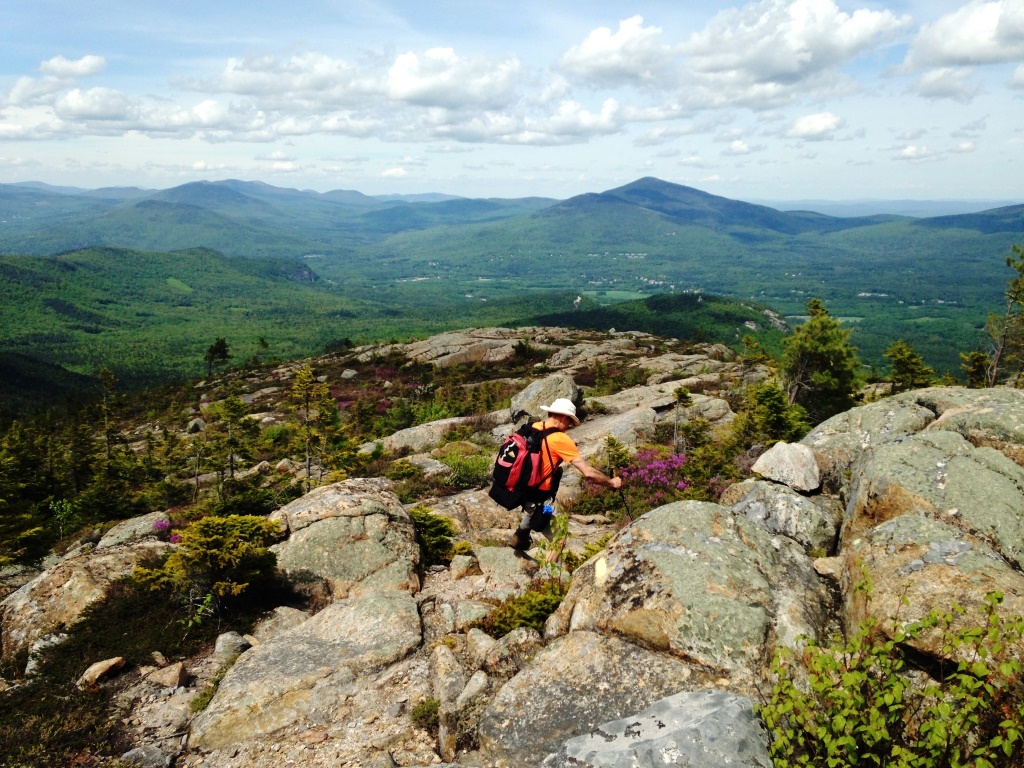 From North Moat one can continue down to Diana's Baths, but instead we backtracked to go down the Red Ridge Trail which stays in the open all the way down to 1,350 feet (right). From there it was a steep drop to 900 ft and a long hike out. 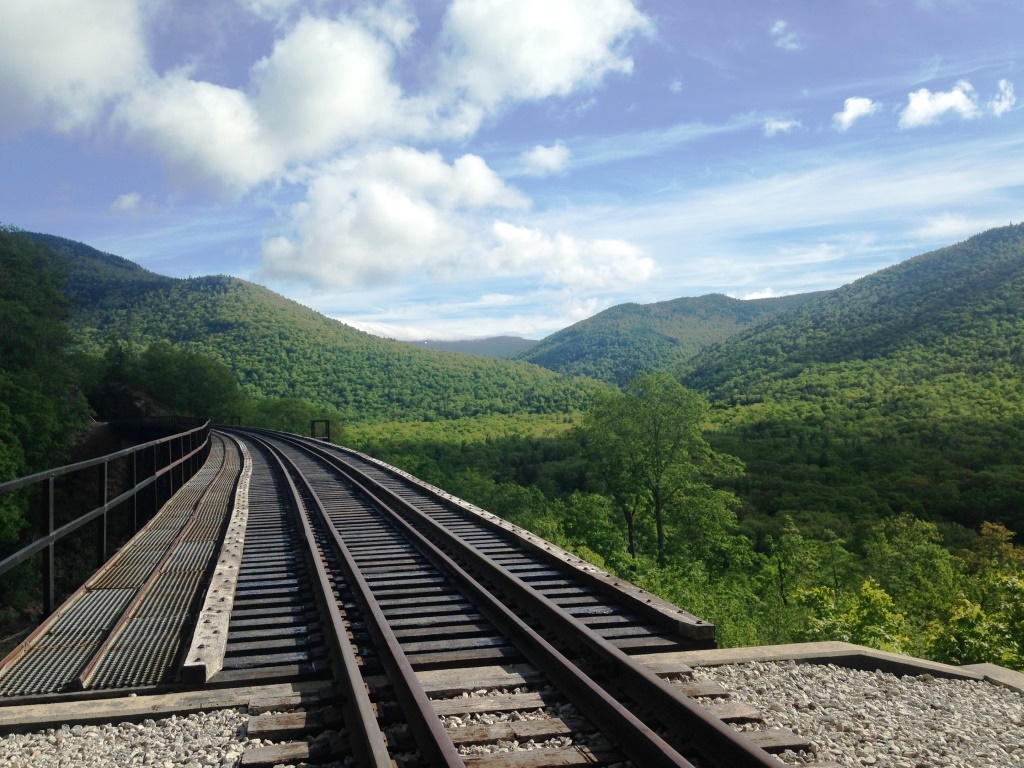 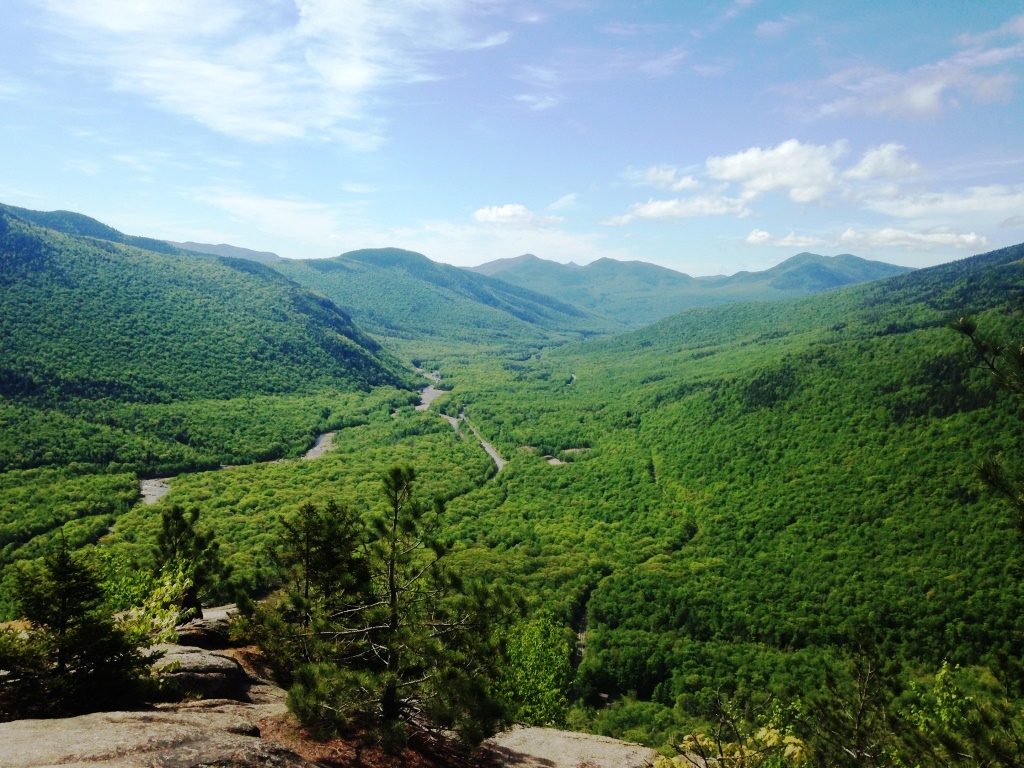 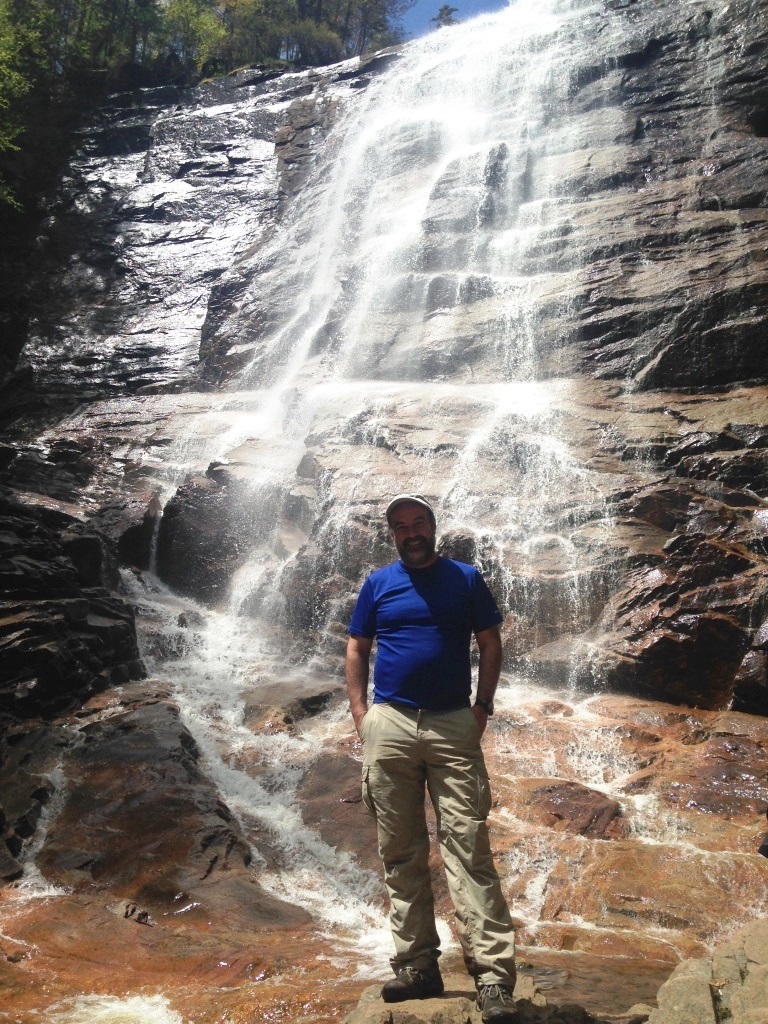 The following weekend the weather was crappy but we managed a Frankenstein-Arethusa loop during a brief break of clear sky. Great views from the railroad trestle (left) going up Frankenstein Cliffs, and classic view on top of the cliffs (center). Again the beautiful lime-green color of spring. I had never seen Arethusa Falls with so much water (below left). We took the Bemis Brook Trail on the way down to check out a few other falls in high water including Coliseum Falls (right).