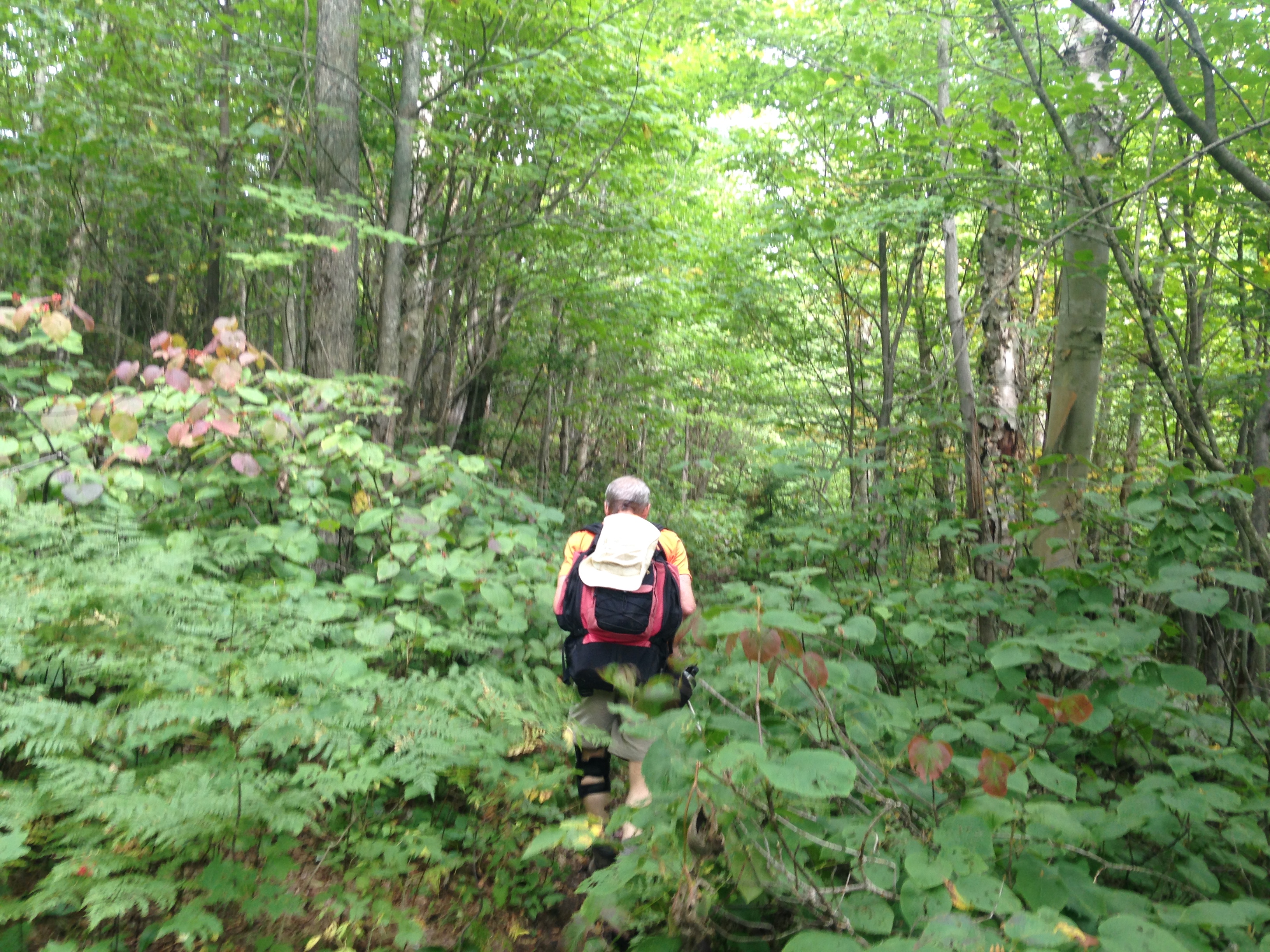 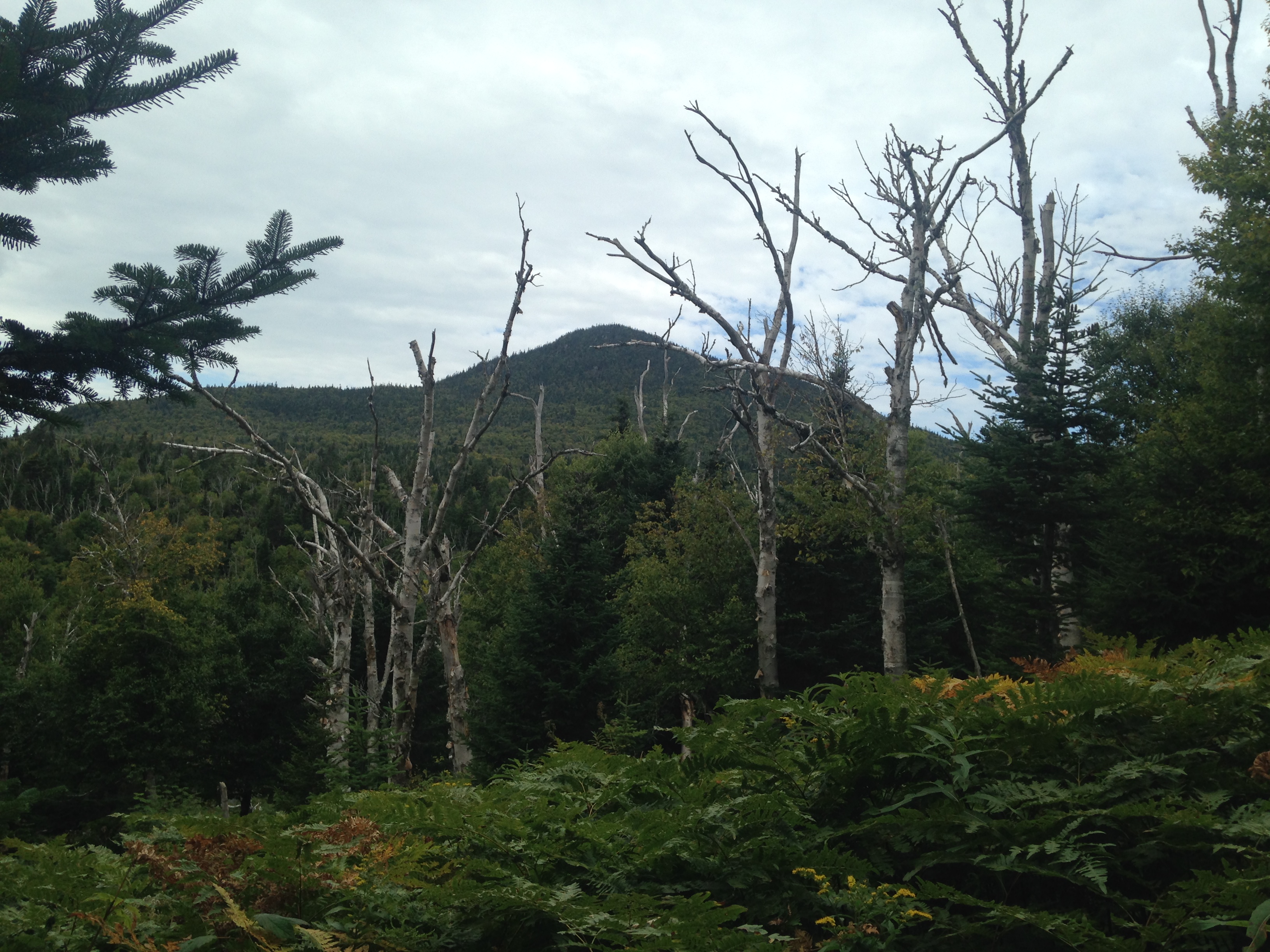 I had previously climbed Mt. Cabot with Alex from the northern end of the Unknown Pond Trail. This time I climbed it with Peter Wyatt from the southern end, doing a loop by the Kilkenny Ridge Trail and down the Bunnell Notch Trail. We had to park the car in the Berlin fish hatchery and were a bit nervous because the trail guide says that the gate closes at 4pm, but we were assured that it actually never closes. The Unknown Pond Trail was at times overgrown with hobblebush (left) but the tread was clear so following the trail was no problem. The trail was fairly open because of improbable swampy areas on the sloping terrain, which gave a good view of the Horn (right). 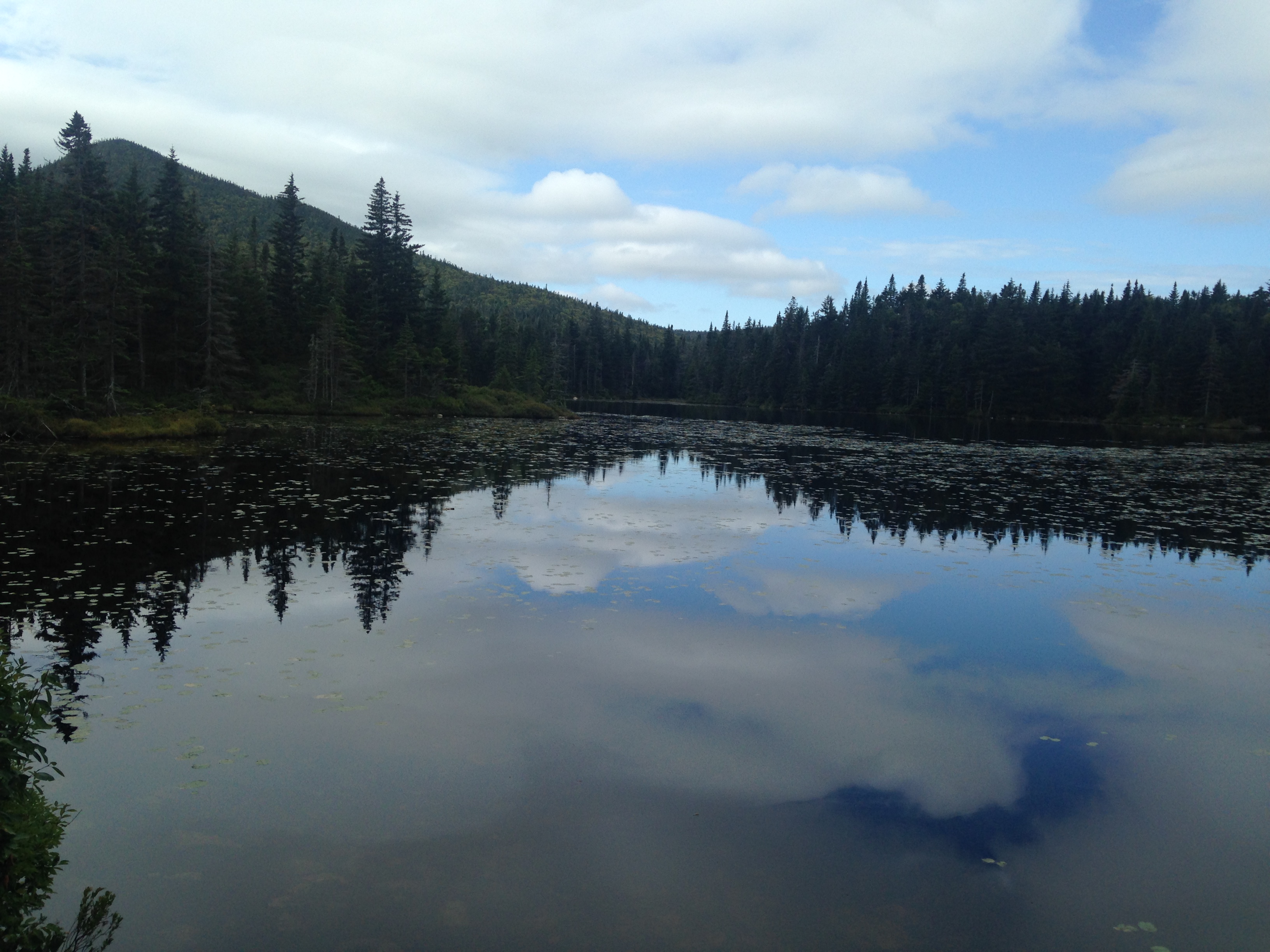 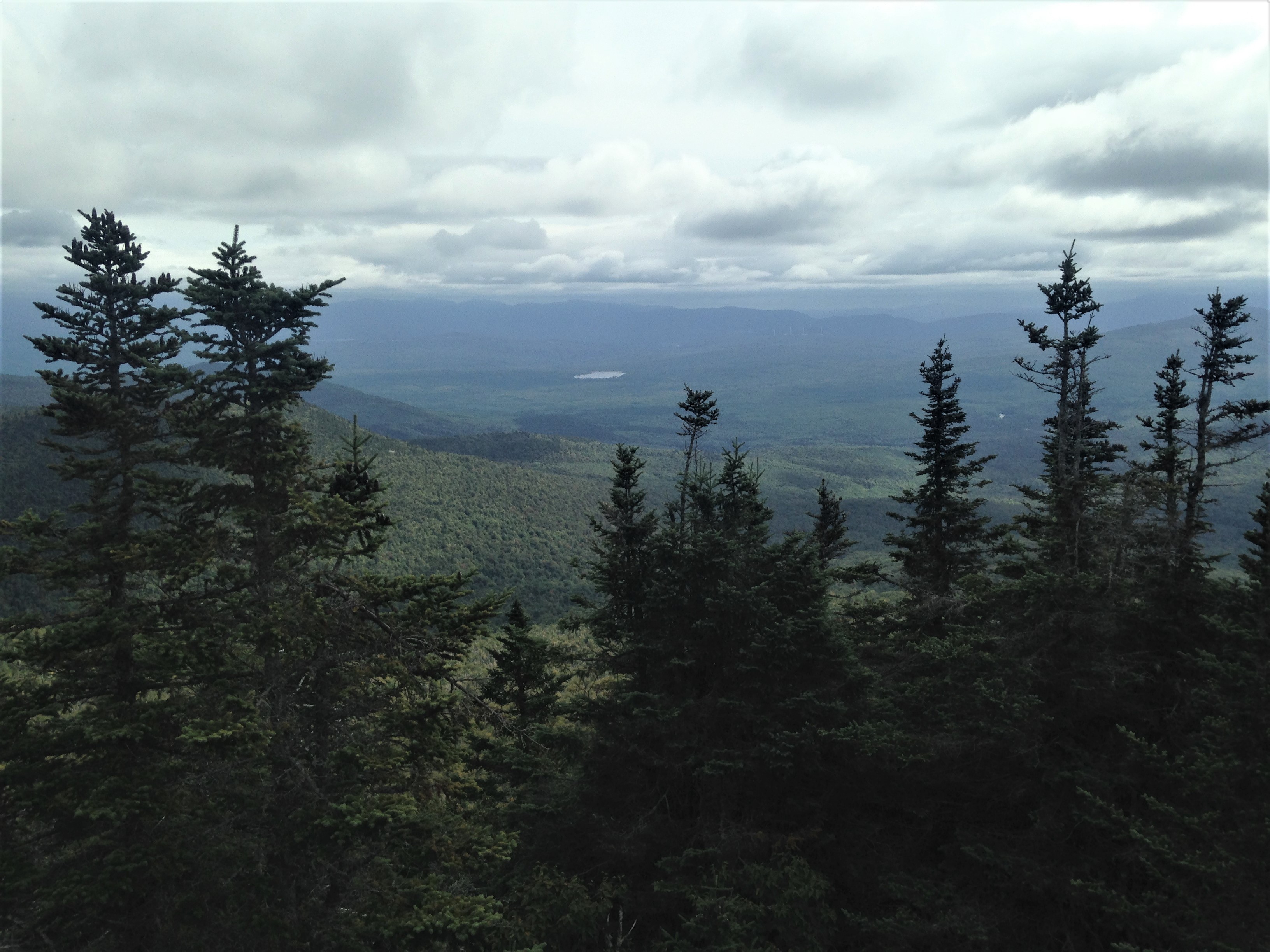 We went along Unknown Pond, which is very pretty with lots of water lilies and a view of the Horn across the water (left), connected to the Kilkenny Ridge Trail, and then went up the 0.3 miles side trail to the Horn. The Horn has an open ledgy summit with the best views of the trip, including to the east with Jericho Pond (right). 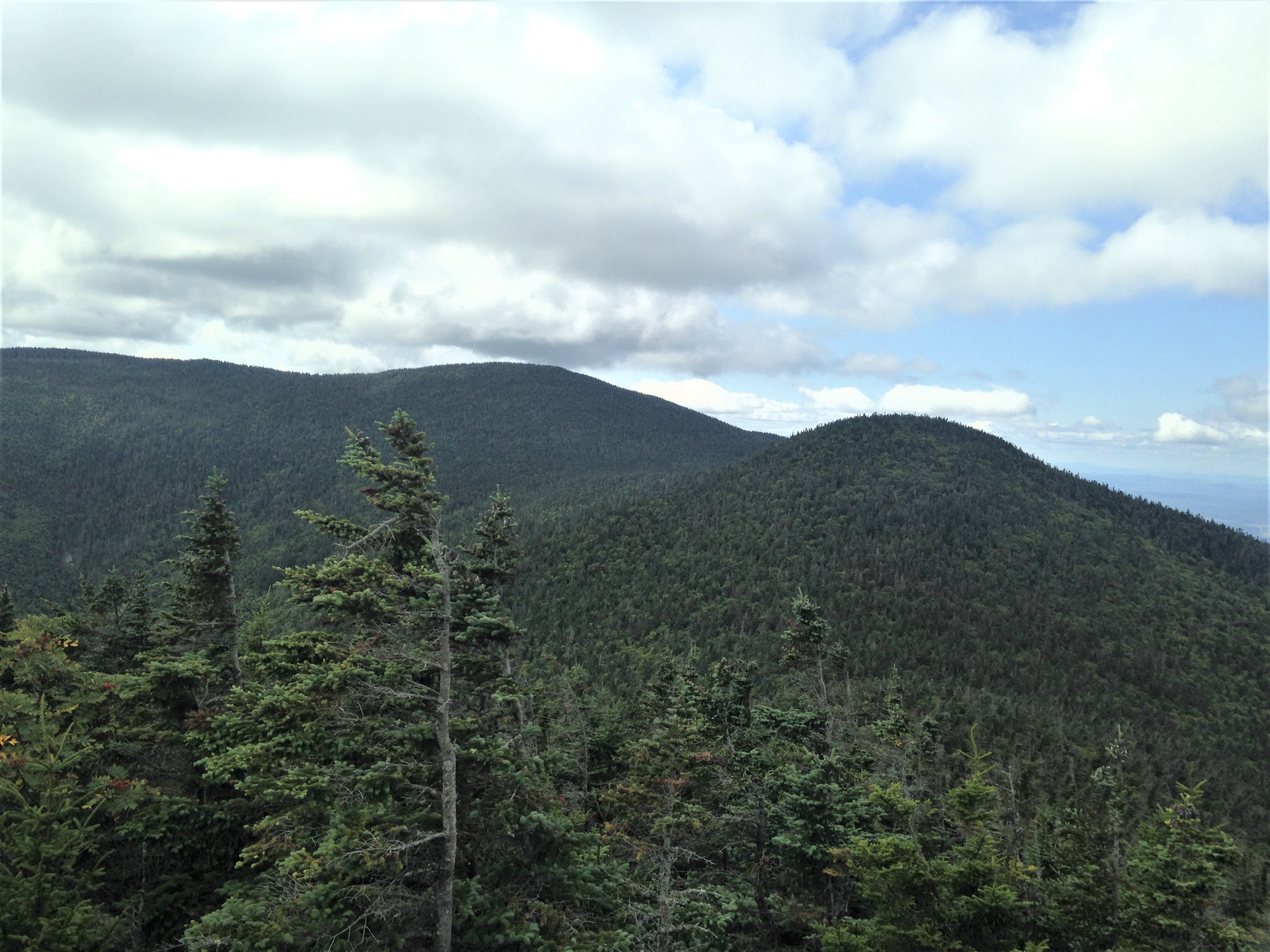 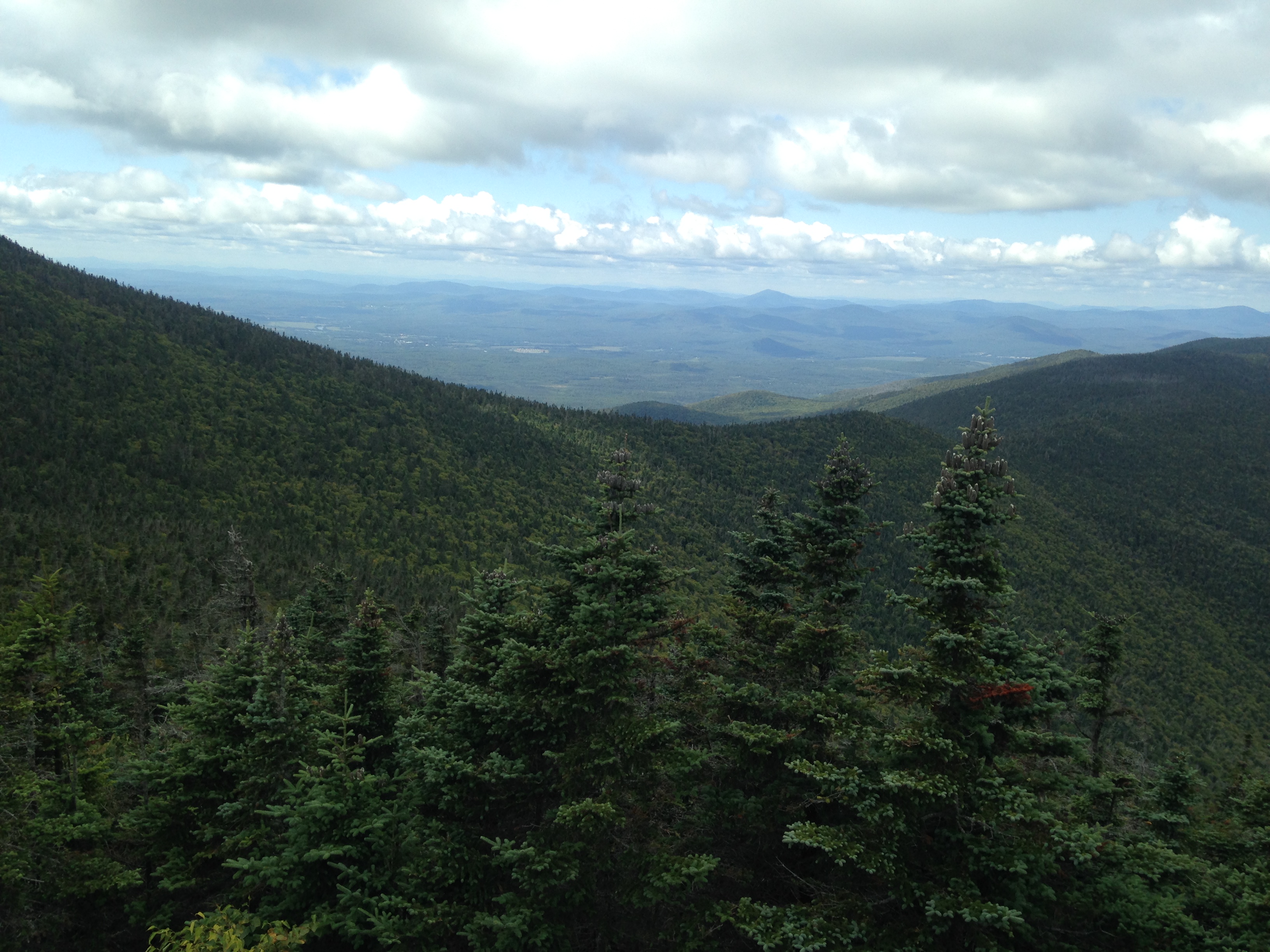 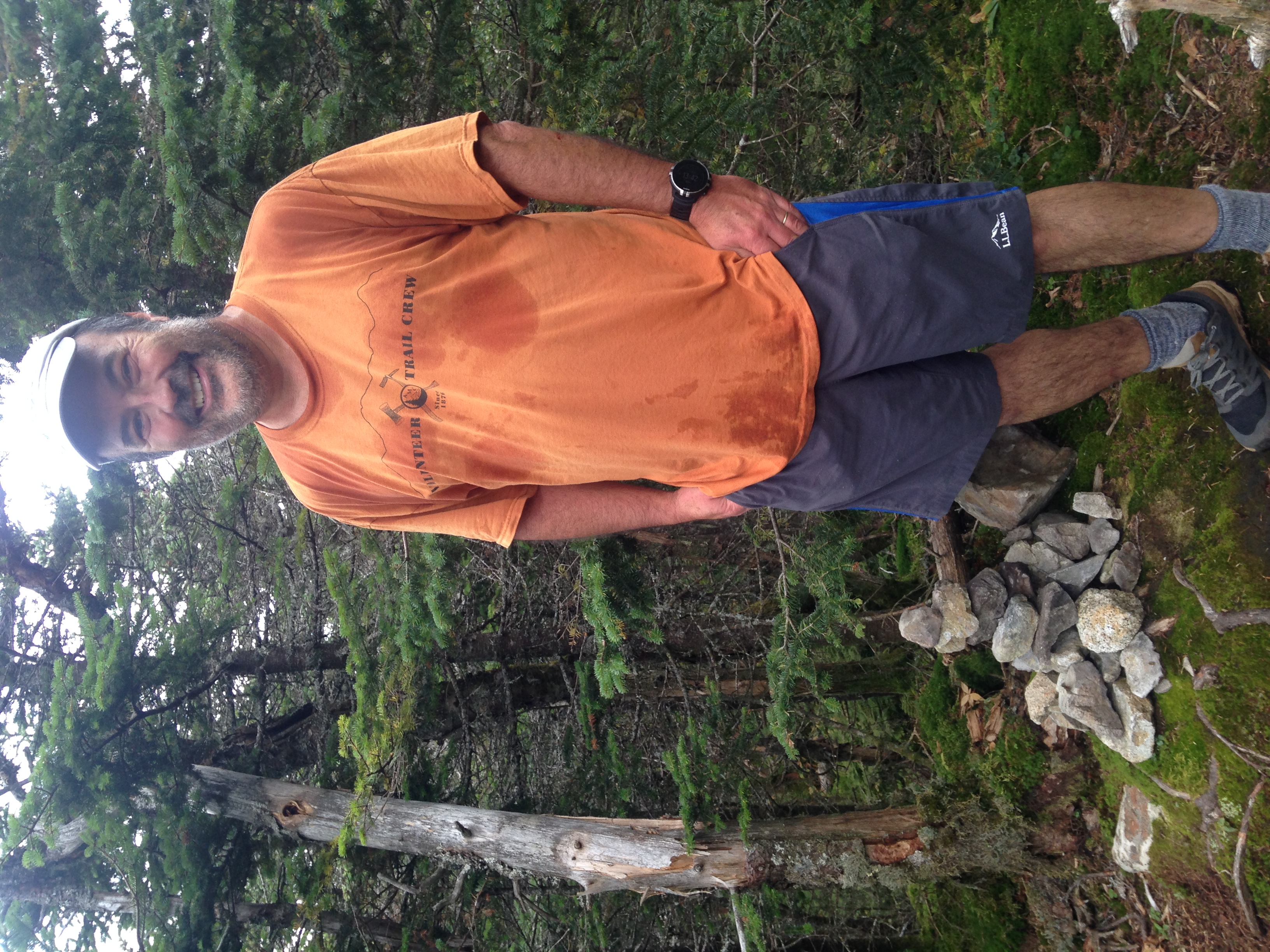 We went back to the Kilkenny Ridge Trail, passed over the Bugle which is unremarkable but is on the New England 100, and climbed to Cabot. The trail passes by a Mt. Cabot sign but the actual summit is reached by a side trail and marked by a small cairn (left). There is no view at the top of Cabot but we continued down to South Cabot which has some view to the east, again toward Jericho Pond (right). 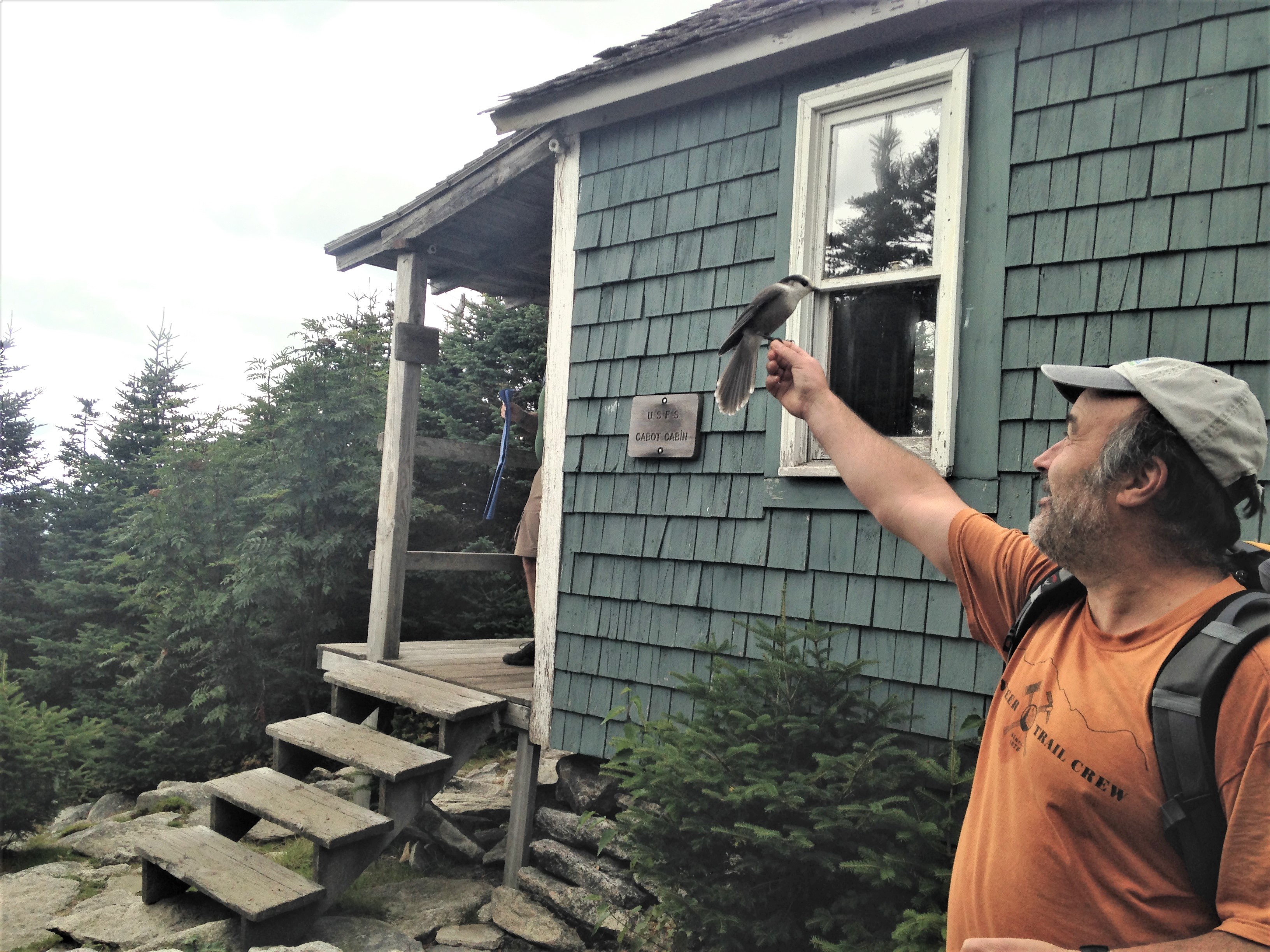 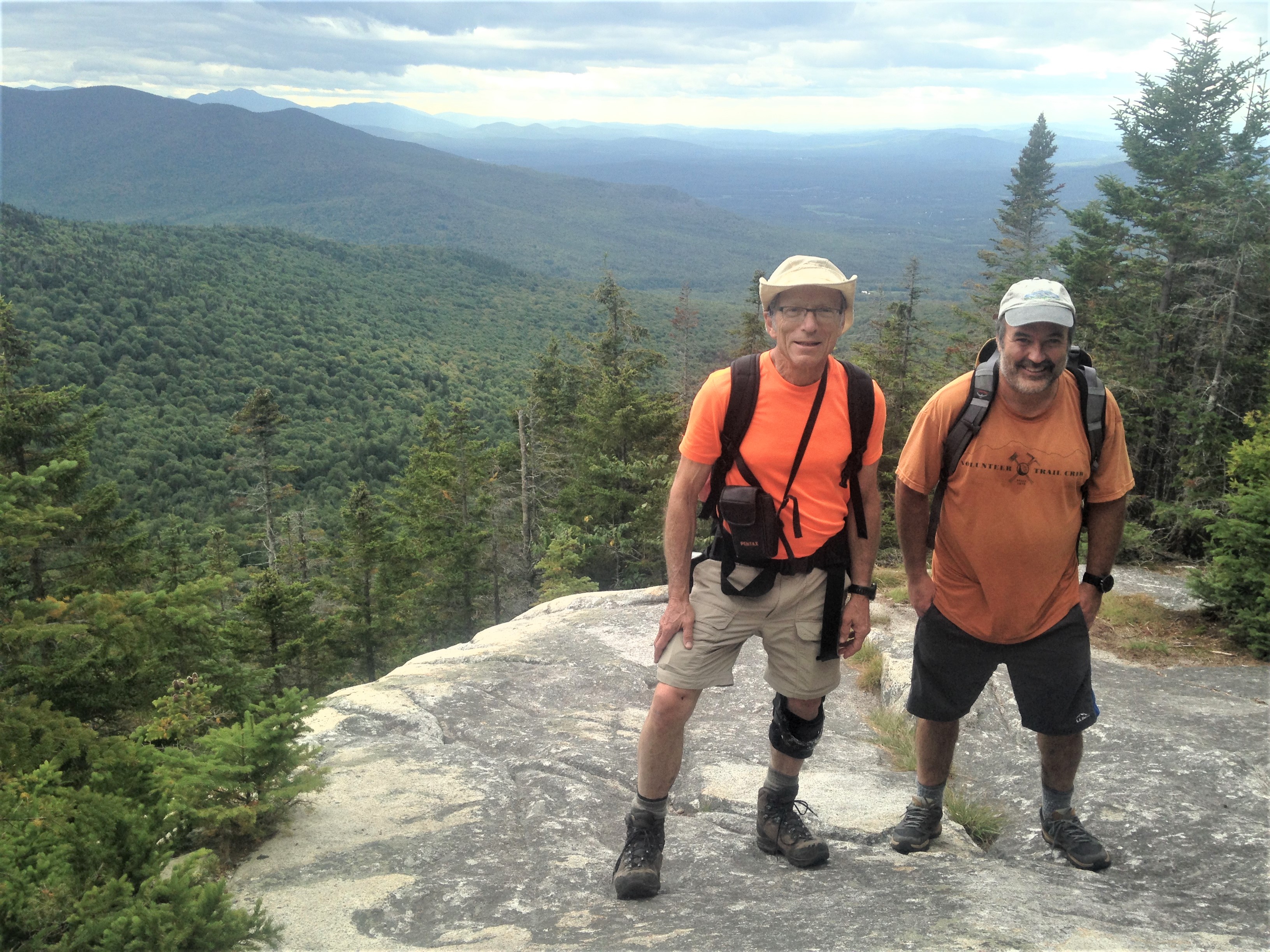 Right next to South Cabot is the cabin that I had commented on in my previous trip. A couple of grey jays were hanging around and packing food for the winter, and they went for a piece of almond (left). We then headed down and did a side stop at Bunnell Rock, with great views south towards the Mt. Waumbek ridge and Lafayette in the far distance (left). From there it was down to Bunnell Notch and back down by the Bunnell Notch Trail through very nice forest.