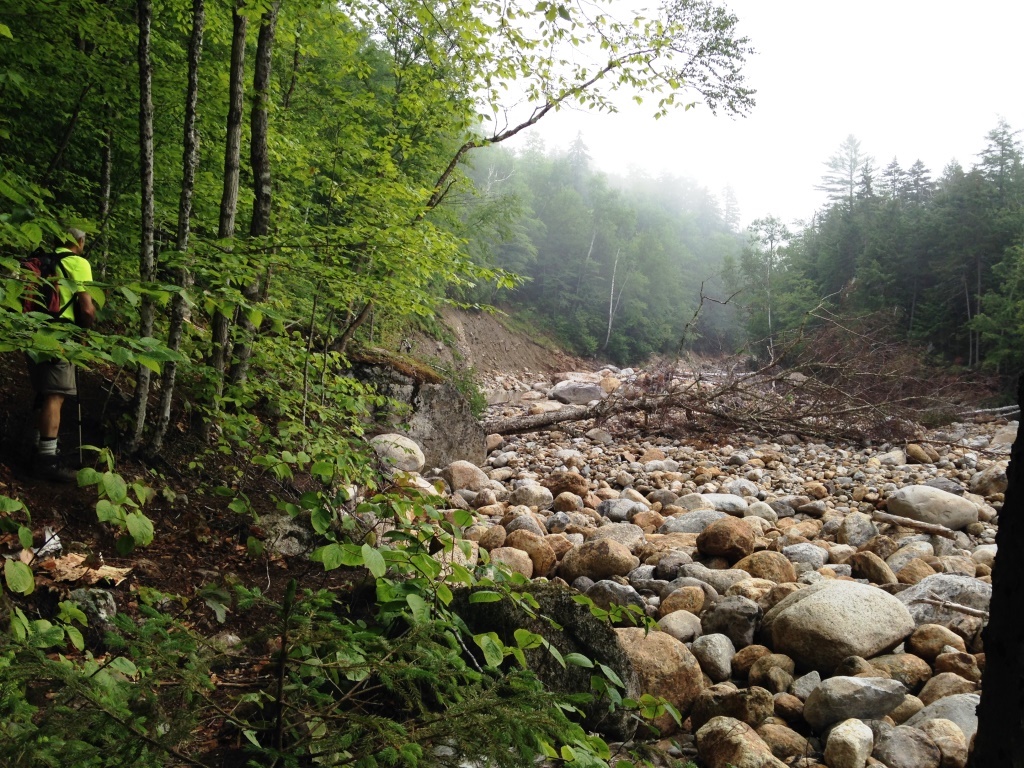 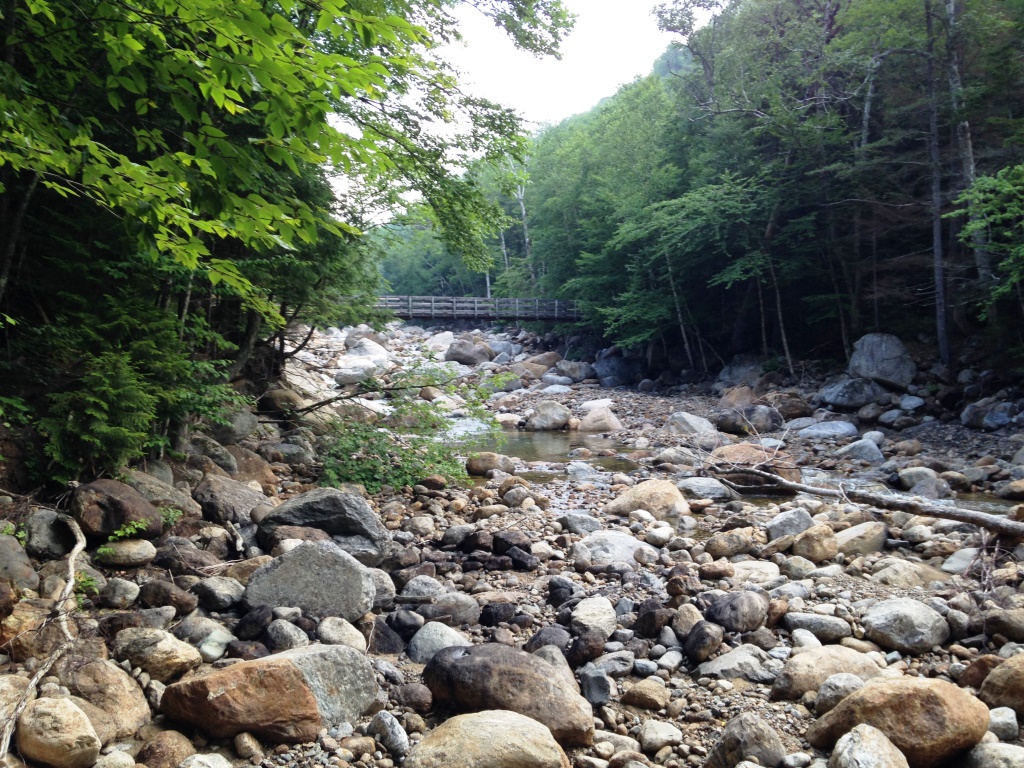 The Mt. Clinton Trail is described in the AMC guidebook as "lightly-used, obscure, and overgrown in places". We made a loop of it by starting on the Dry River Trail, up the Mt. Clinton Trail to Mizpah Hut, connecting to the Webster Cliff Trail to go over Mt. Jackson, Mt. Webster, and back down, and closing the loop with the Saco River Trail. The Dry River trail follows a wide riverbed with steep banks (left). At some point it crosses the river on a remarkable suspension bridge in the middle of nowhere (right). 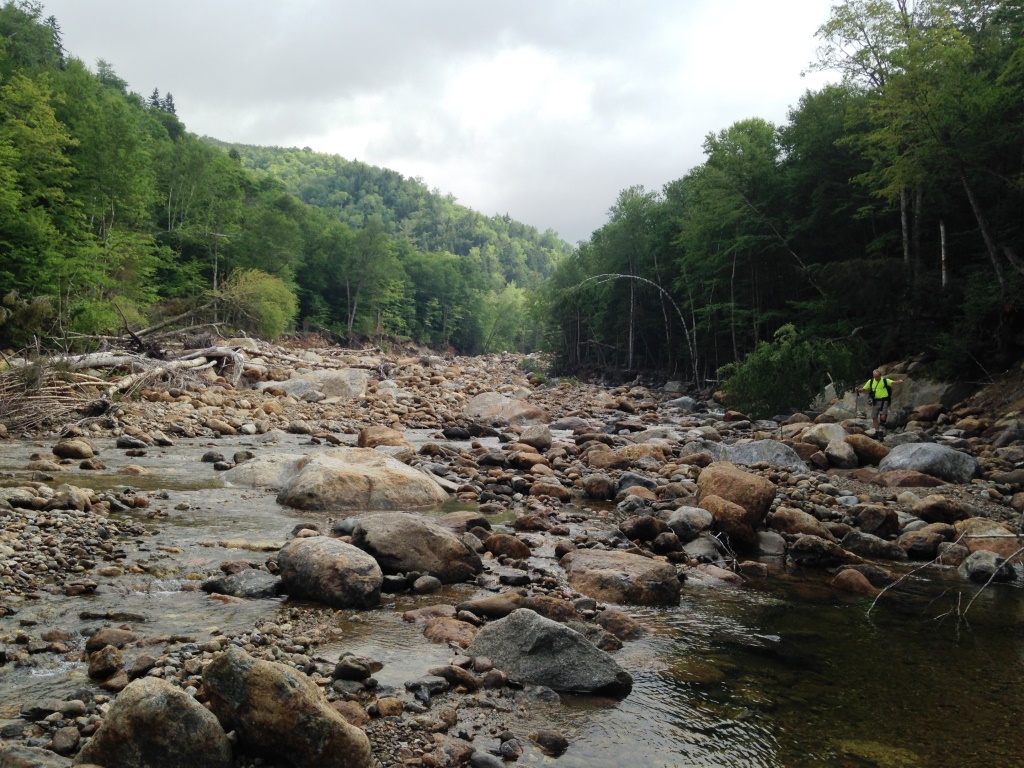 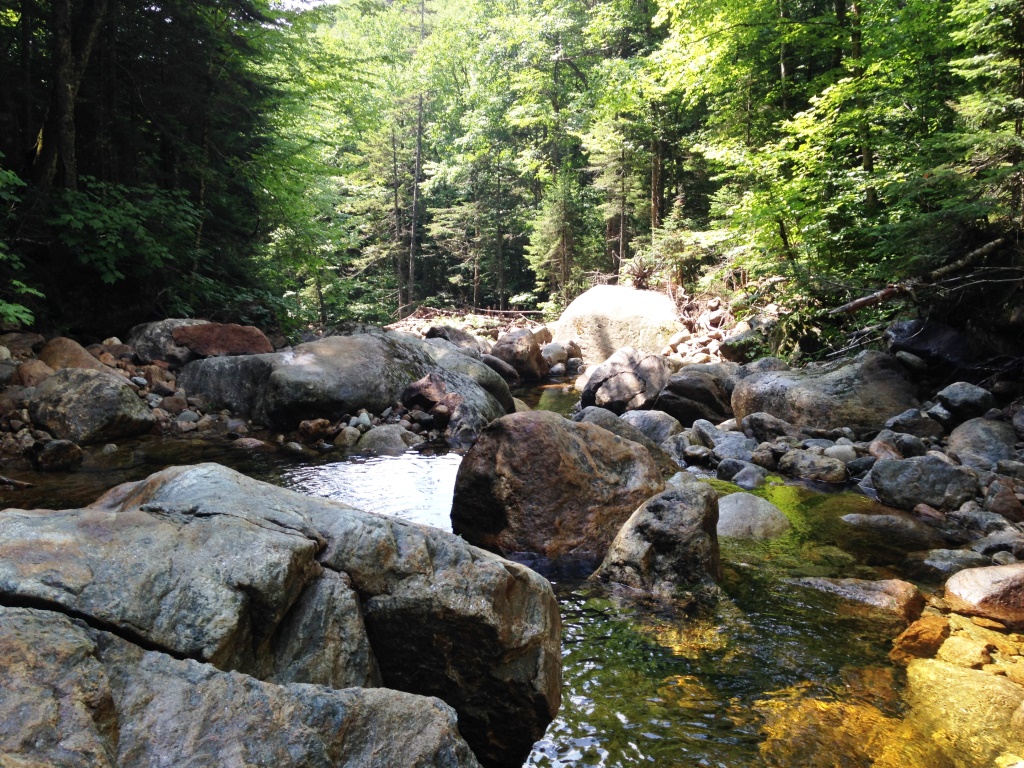 To connect to the Mt. Clinton Trail we had to cross the river again further up. That crossing is described in the guide as unsafe at high water. In our case the water level was low and the water was only ankle-deep but our watershoes came in handy. The guidebook helped us find the trail on the other side (left). The trail goes up along a tributary of the Dry River and mostly follows an old logging road, so the tread was usually good but there were many washouts and a lot of mud. There were a few places where the trail was not obvious, but we looked for cut trees and other evidence of trailwork and did not have too much trouble. There were a lot of minor stream crossings (right and below left). 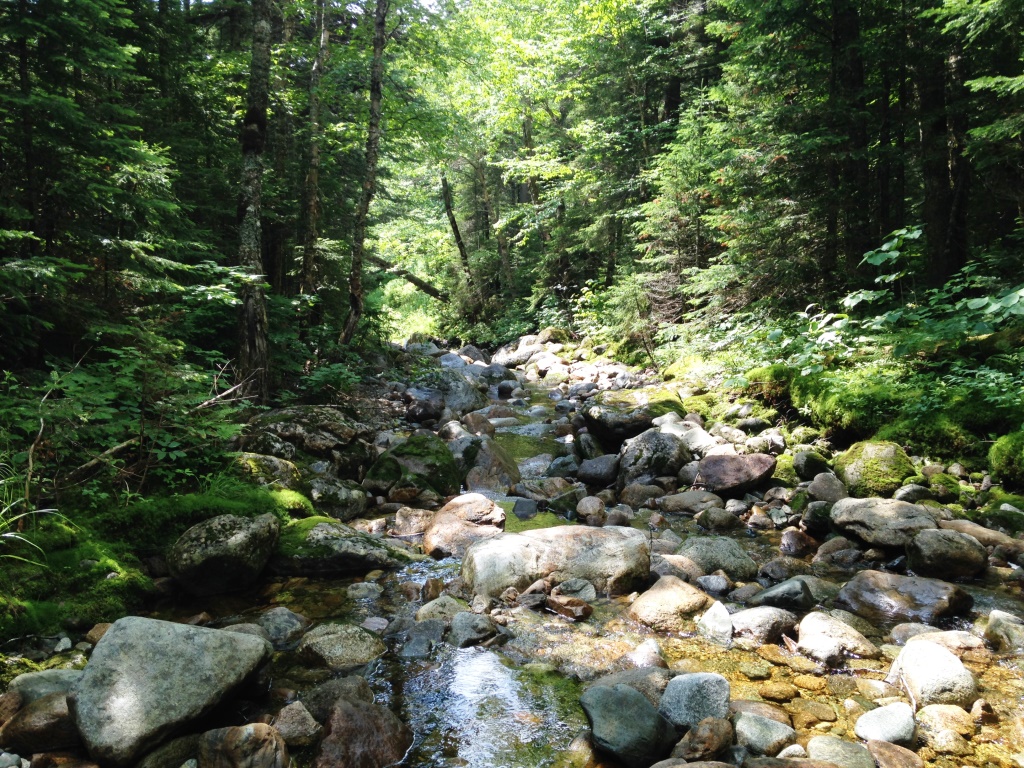 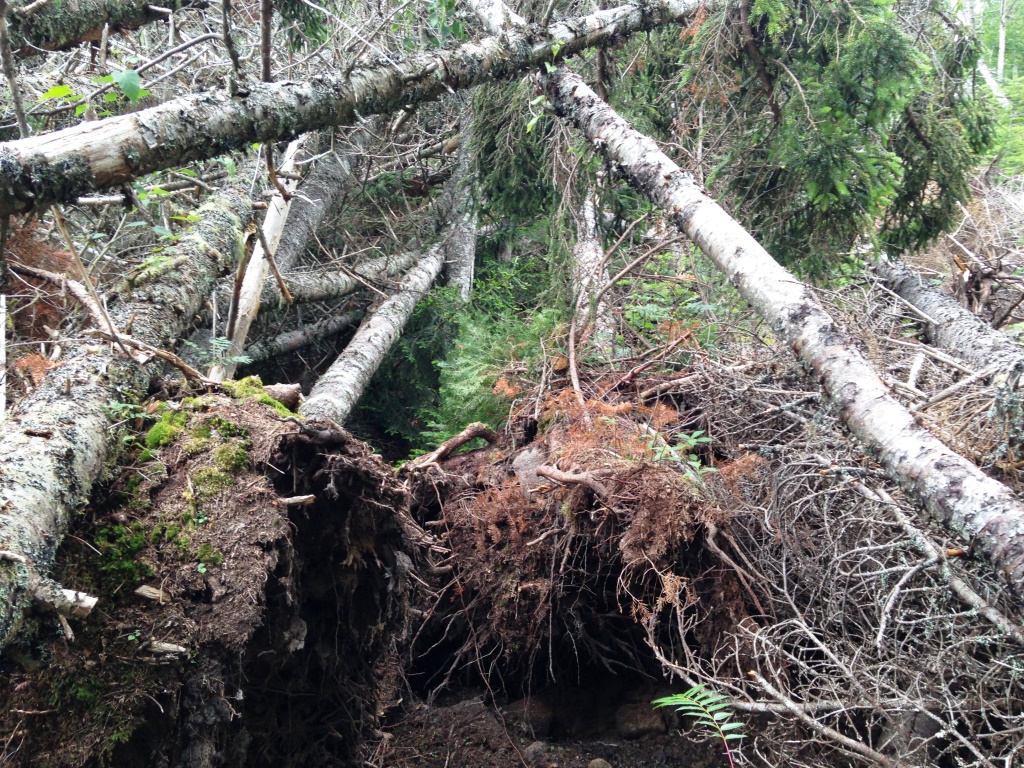 Just below Mizpah we had to navigate a maze through a massive area of blowdowns (right). Not quite enough to create a view, unfortunately. 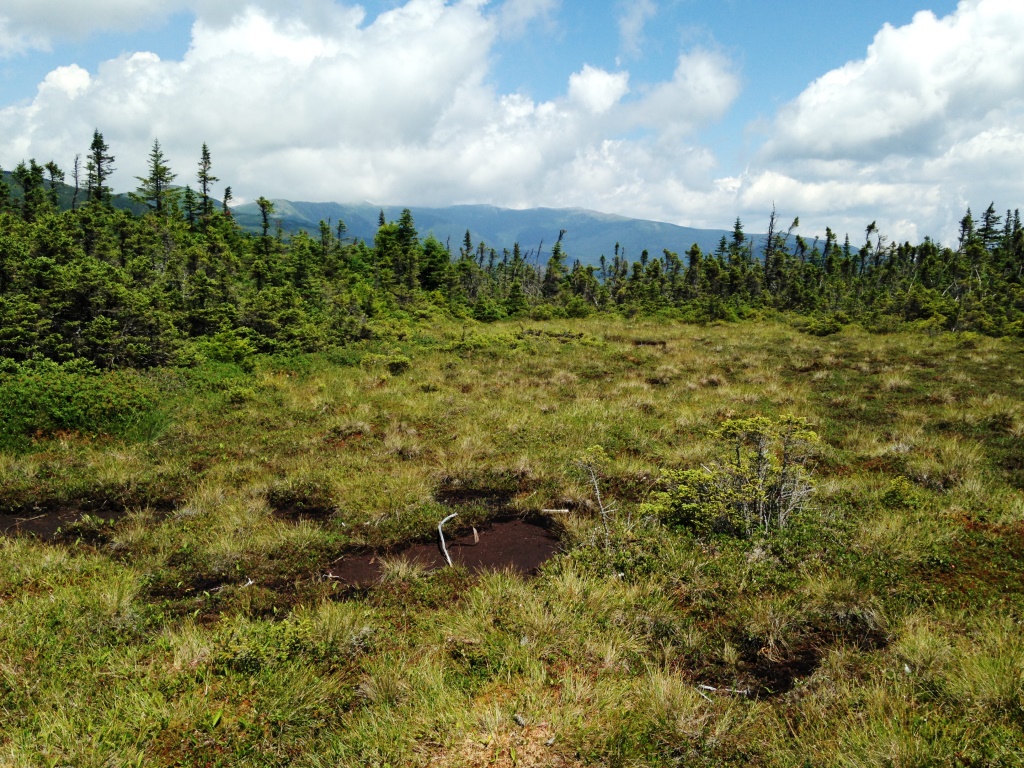 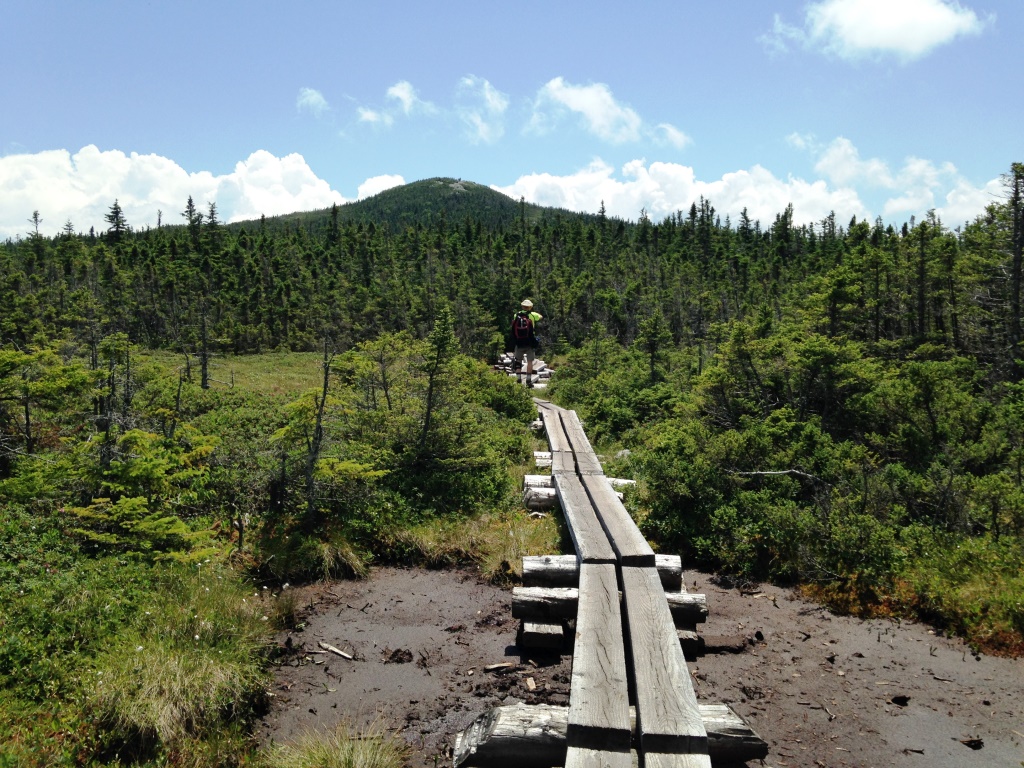 From Mizpah Hut on we were on the AT so there were quite a few people including some thru-hikers. The trail to Mt. Jackson goes along the Presidentials ridge with lots of little ups and downs. As it gets close to Jackson, it crosses a beautiful meadow on bog bridges (left and right, view to Jackson). 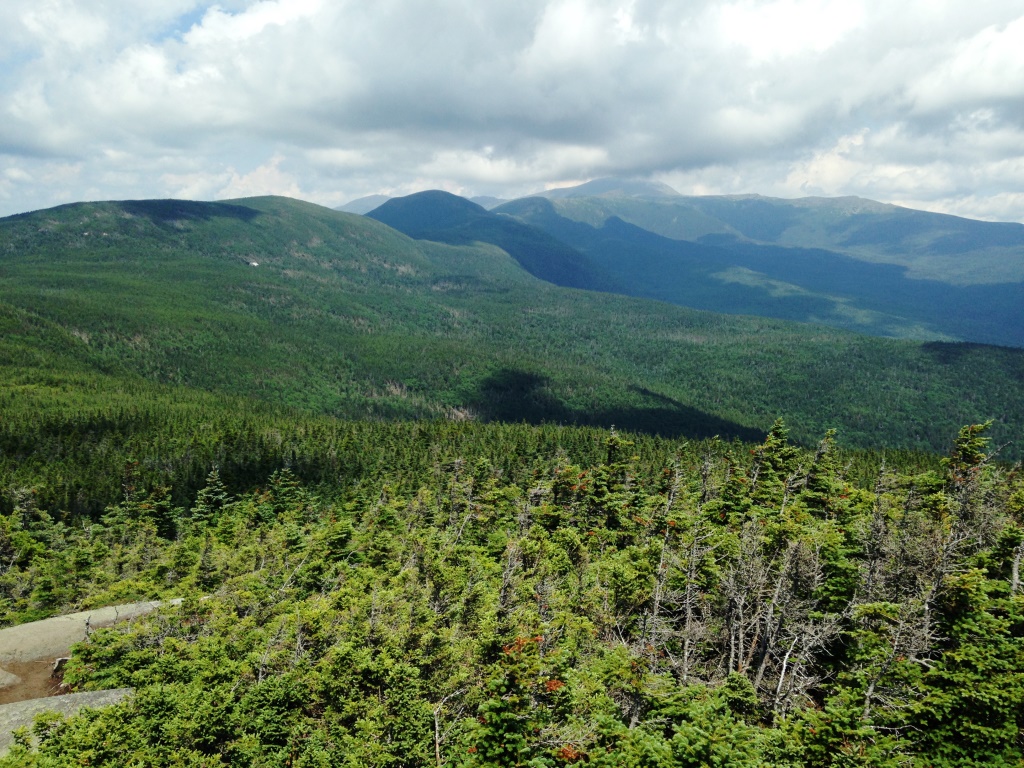 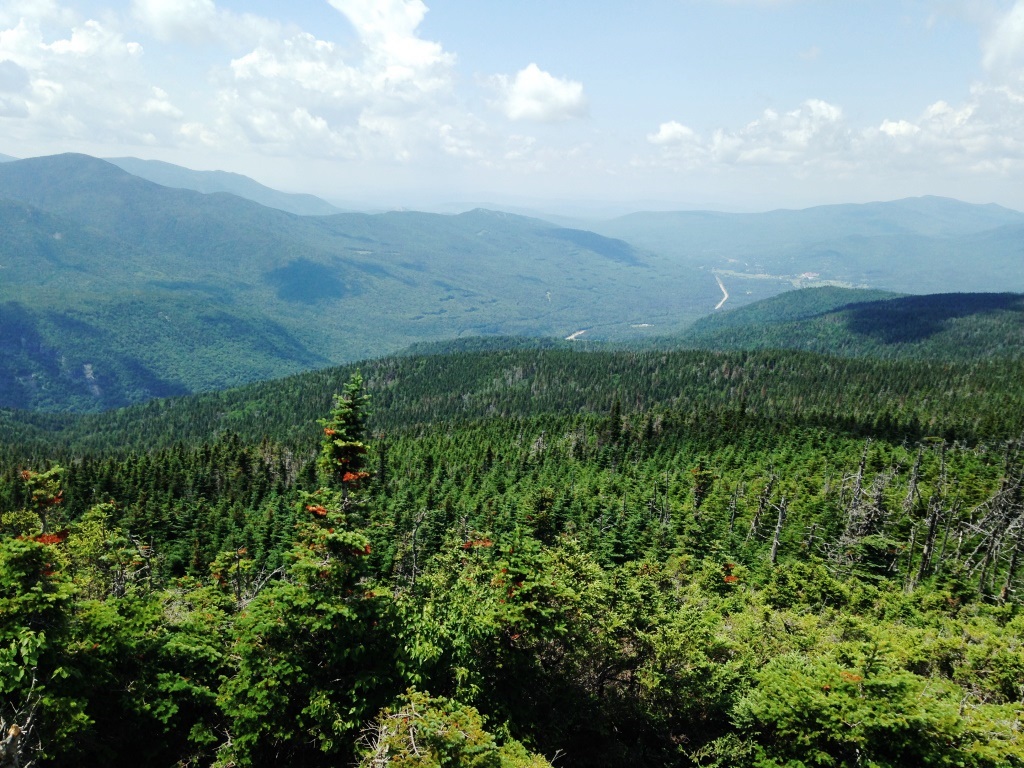 The top of Jackson has great 360 degrees views. Here is the view looking back to the spine of the Presidentials (left, with Mizpah Hut visible - the Mt. Clinton Trail ascends the valley to the right, and you can see the area of blowdowns) and towards Bretton Woods (right). Despite obvious apparences for the Presidentials ridge, Jackson and Clinton don't refer to the U.S. presidents but to some minor 19th century New Hampshire state officials. 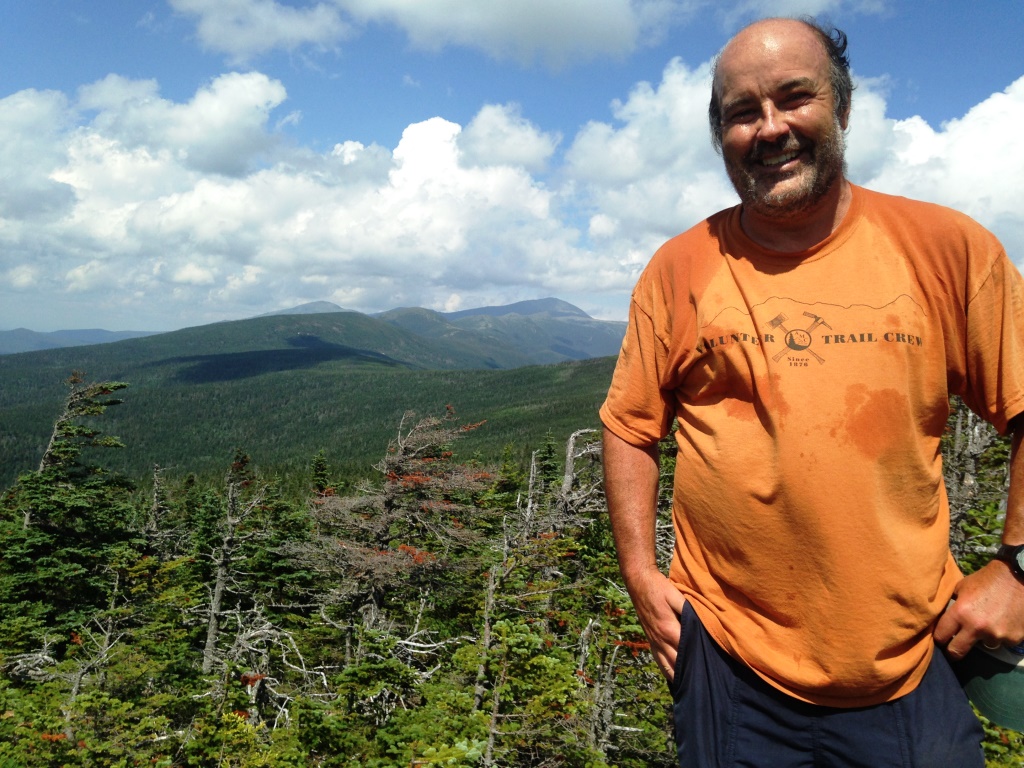 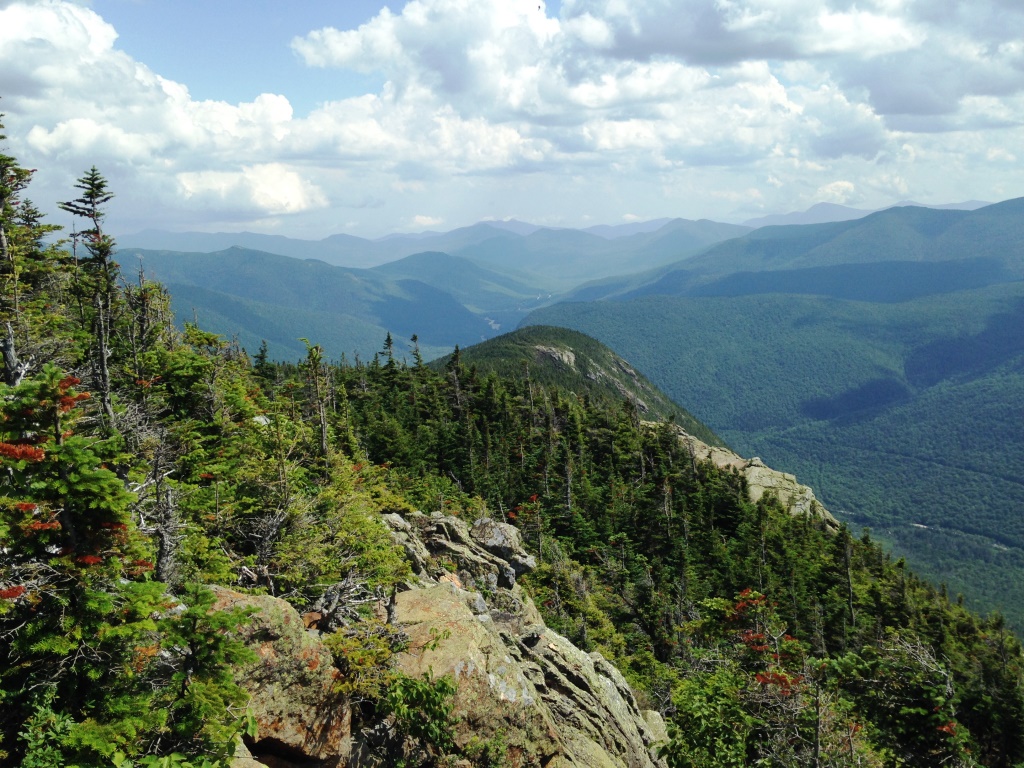 We continued on the ridge to Mt. Webster, the last peak in the Presidentials and the eastern wall of Crawford Notch, for a final view of the Presidentials spine (left) and new views to the south on the other side of the Notch (right). The Webster Cliffs Trail stays in the open as it continues down following the edge of the Crawford Notch wall, with almost continuous views down to 3,025 feet. After that it was a quick descent down to 1,300 feet to catch the Saco River Trail and make the final 1.8 miles to close the loop.