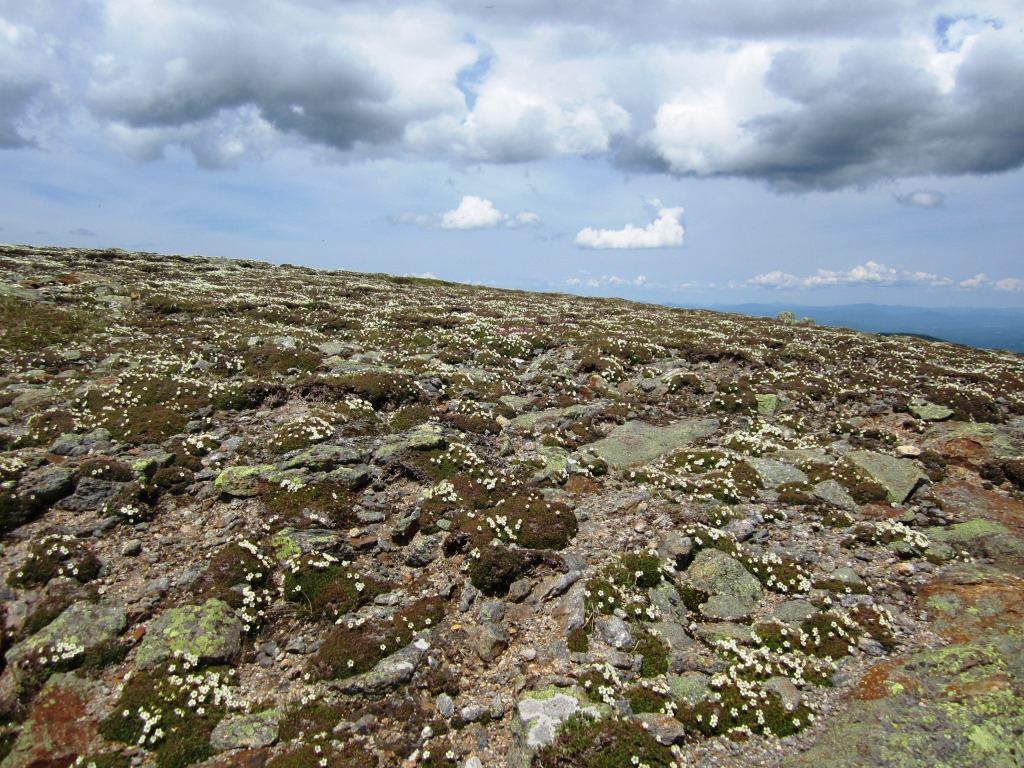 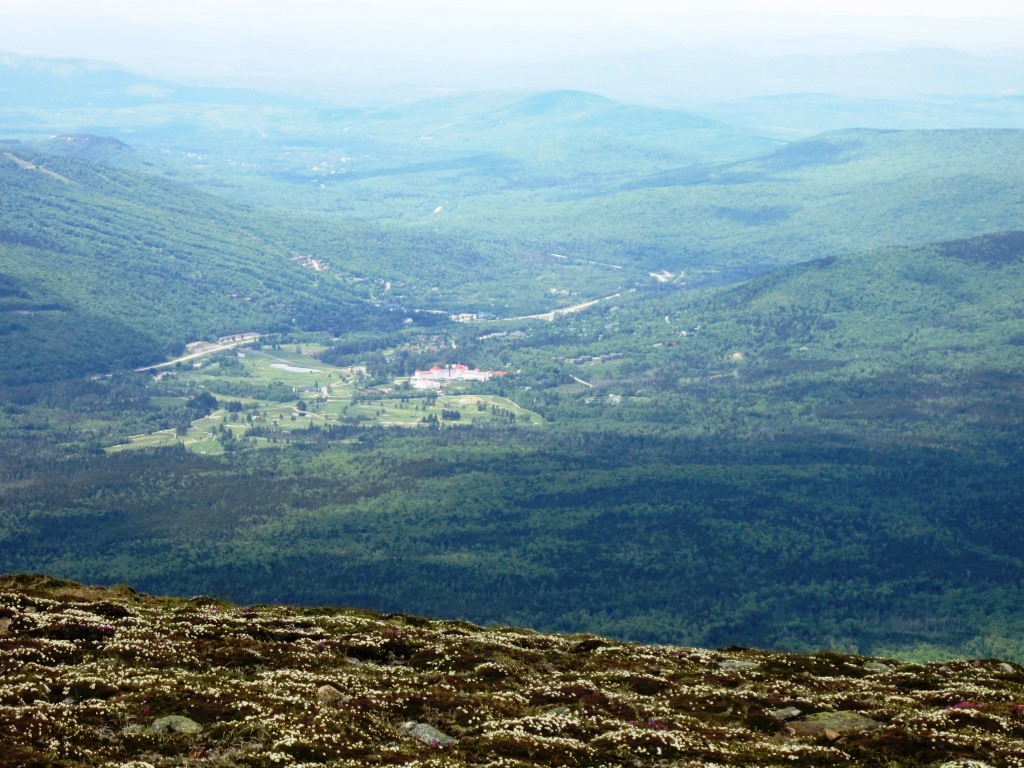 I have climbed Mt. Eisenhower probably more than any White Mountains 4,000 footer because it's essentially in my backyard and a pretty quick trip to treeline. The last time was in mid-November last year with plenty of snow on the ground. This time all the snow was gone. We climbed by the Edmands Path, which is a monument to trail-building with particularly impressive stone waterbars. Above treeline the tundra was carpeted with flowers (left). From the top of Eisenhower we had a great view of Bretton Woods (right). There was one last forlorn patch of snow in the ski area at the bottom of Bode's Run. 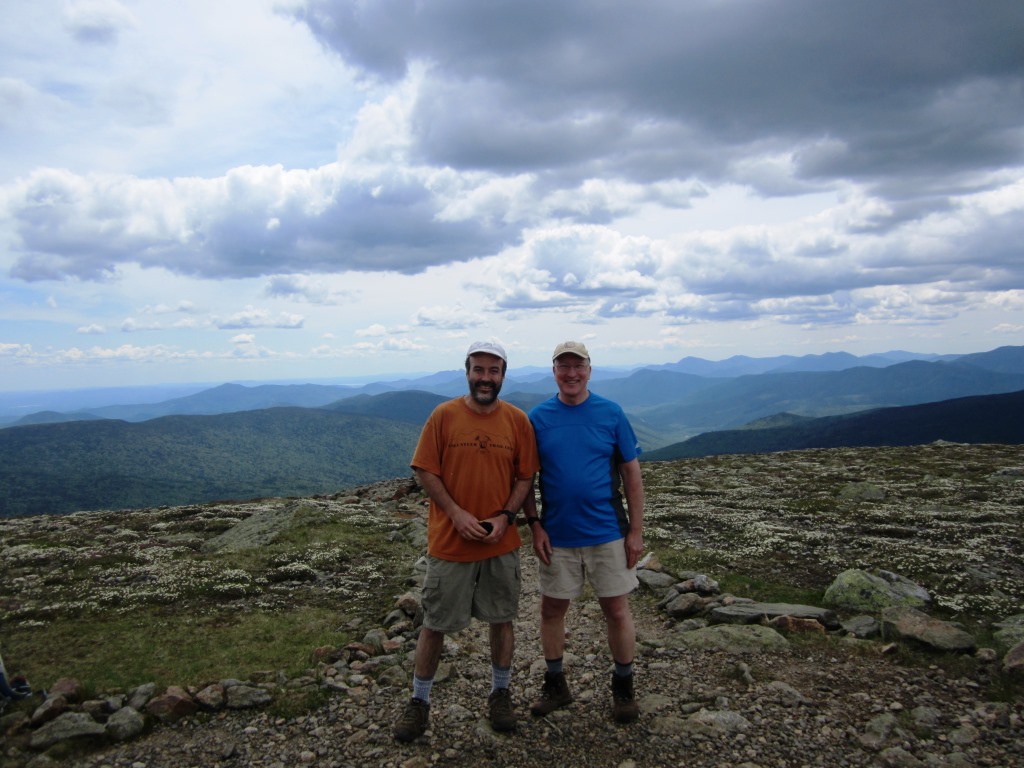 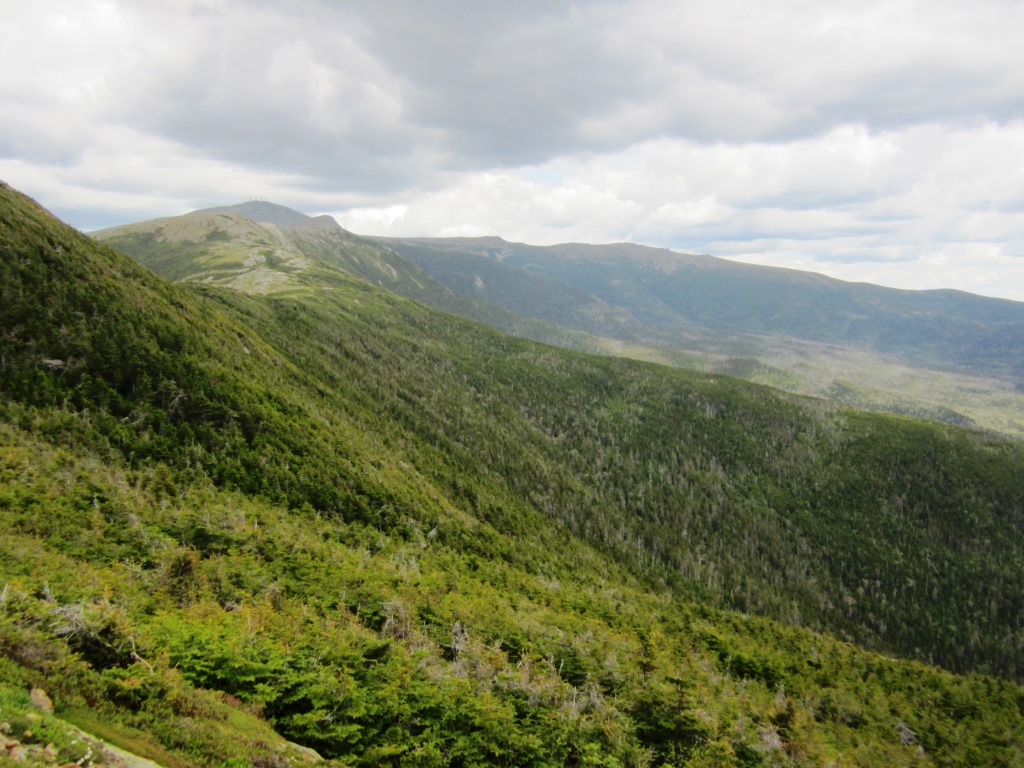 We had our picture taken (left) and then Roger went back down while I did the loop around the mountain by going down the other side of the Eisenhower Loop Trail and taking the Crawford Path to get back to the Edmands Path. I had never done that segment of the Crawford Path because there's no particular reason to circle around Mt. Eisenhower rather than climb it. The trail had some nice views looking up to Mt. Washington from an unusual angle (right). 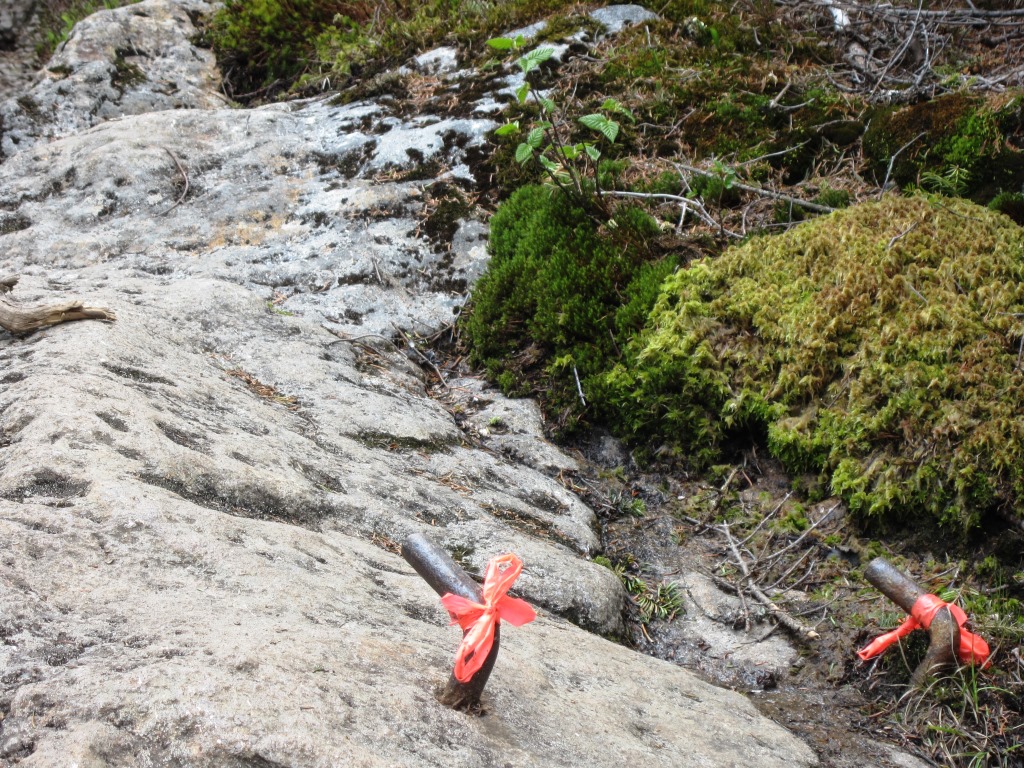 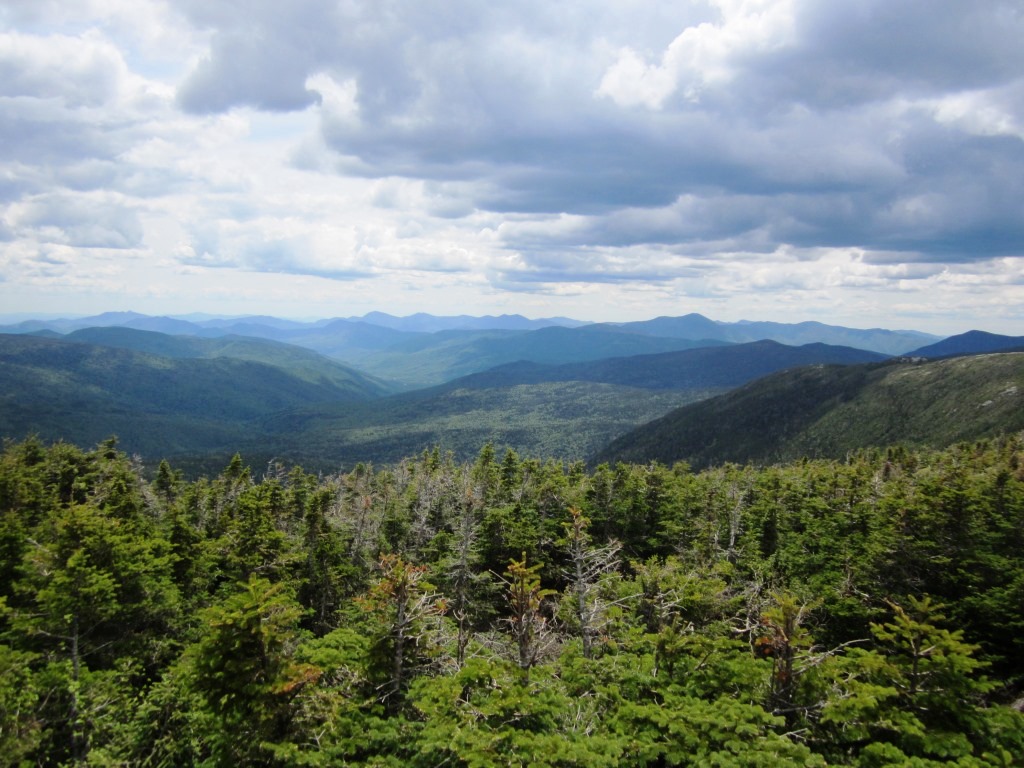 At some point on the trail there were metal hooks sticking out of the rock with flagging tape around them (left). I guess those hooks must have been used for wooden steps, a trail-building practice now discouraged, an after those steps were removed the hooks were in the middle of the trail. But I had never seen that flagging tape caution on a White Mountains trail before. After going around Mt. Eisenhower I did a little venture down the Mt. Eisenhower Trail, which drops into the Dry River valley; I want to do it someday. It was narrow and overgrown, I followed it until it dropped below treeline, took a picture (right) and returned to catch up with Roger somewhere down on the Edmands Path.