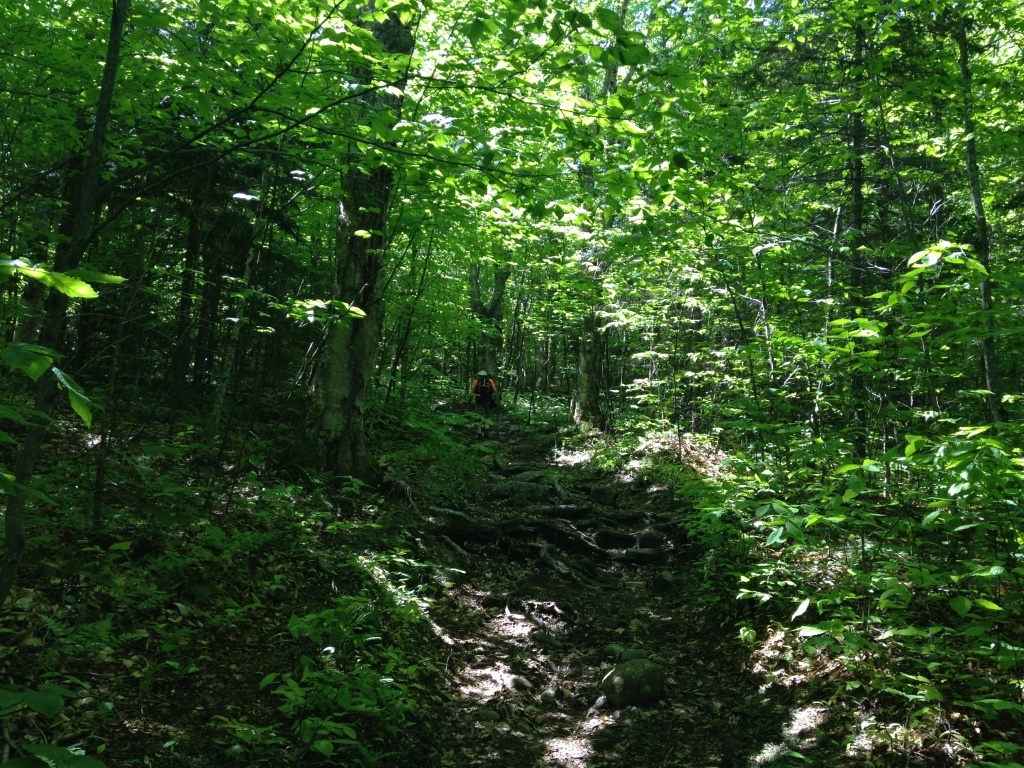 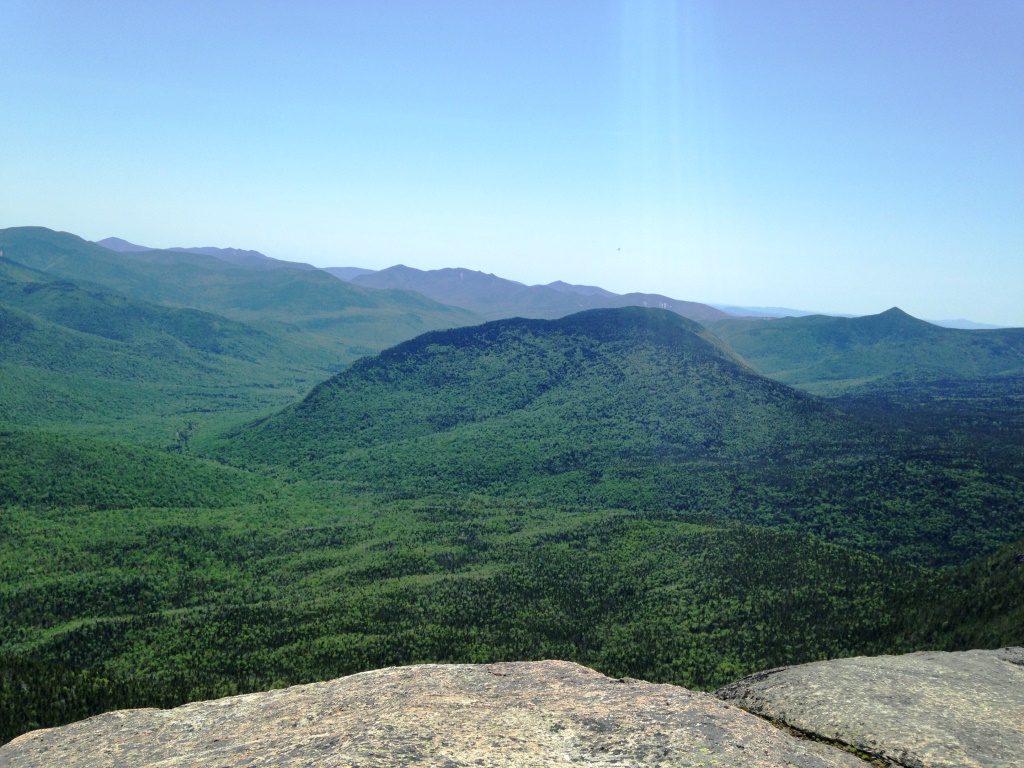 The Garfield Trail up to Mt. Garfield (4,500 feet) is a remarkably well-graded trail, with broad switchbacks that are unusual for the Whites, The climb starts at 1,500 feet and goes through a number of forest transitions documented on my previous climb. A good reason to do this trail early in the season is the thick canopy of young lime-green birch leaves (left). There are no views until the very top of Mt. Garfield but there they are spectacular - a 360 degrees view with a number of 4,000 footers second only to Mt. Carrigain, and more spectacular because they are closer. At right is the view of Owl's Head, with southern peaks in the background. 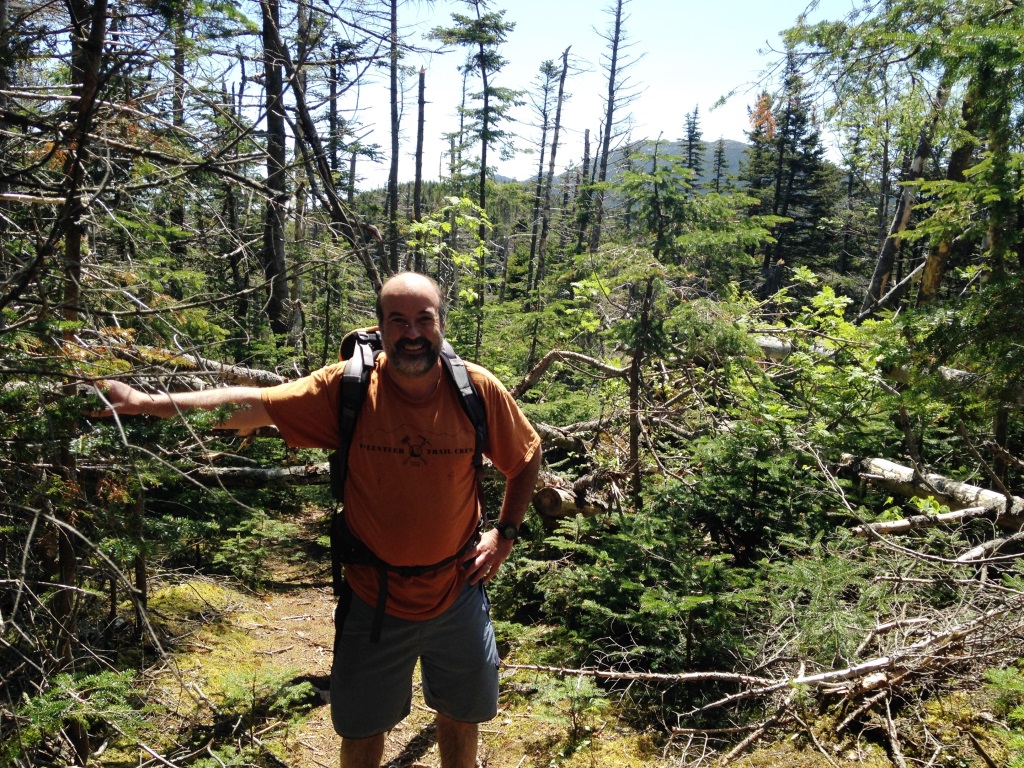 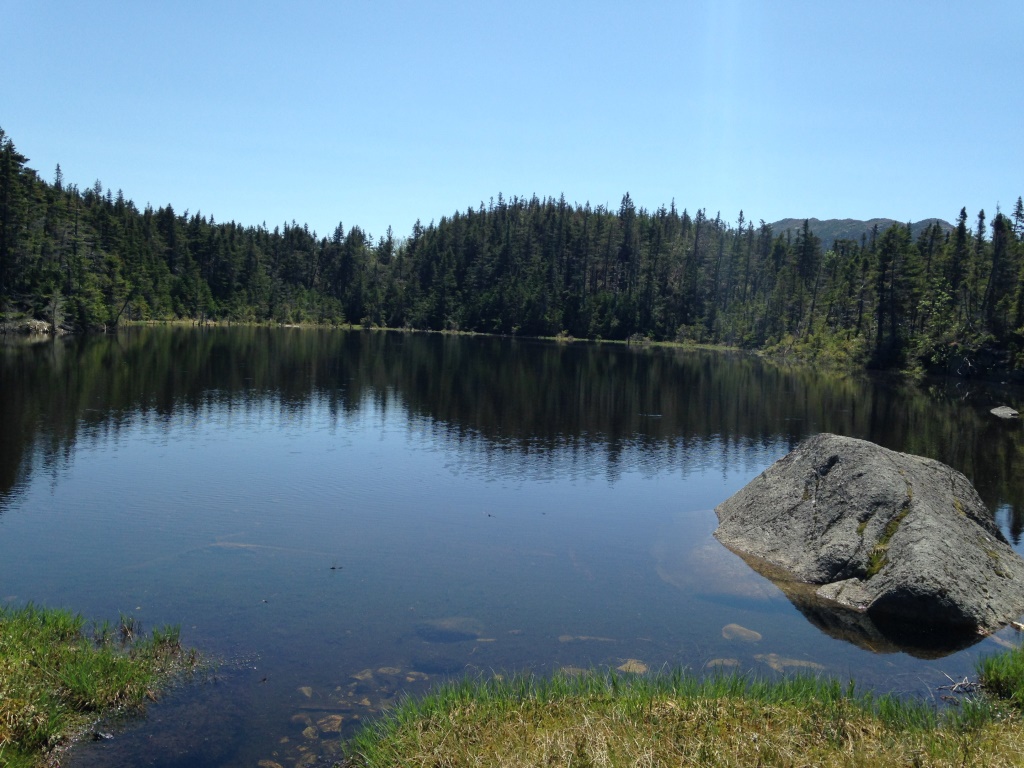 As you climb up the Garfield Trail at 3,900 feet it appears that you are at a ridge because there is clear sky ahead. But the trail makes a switchback left and you realize that there is quite a bit of climbing left to do. Instead of following the switchback though, go straight ahead on a discouraged (there is brushing in front) but evident trail. We took that trail and had to manage a number of blowdowns (left) but after 10 minutes got to beautiful Garfield Pond (right), with rhodondendrons in bloom and the Franconia Ridge above us. On the other side of the pond is the Garfield Ridge Trail but we didn't see anyone - maybe the trail is away from the pond, or maybe it had little traffic that day. Finding Garfield Pond was a highlight of this hike!