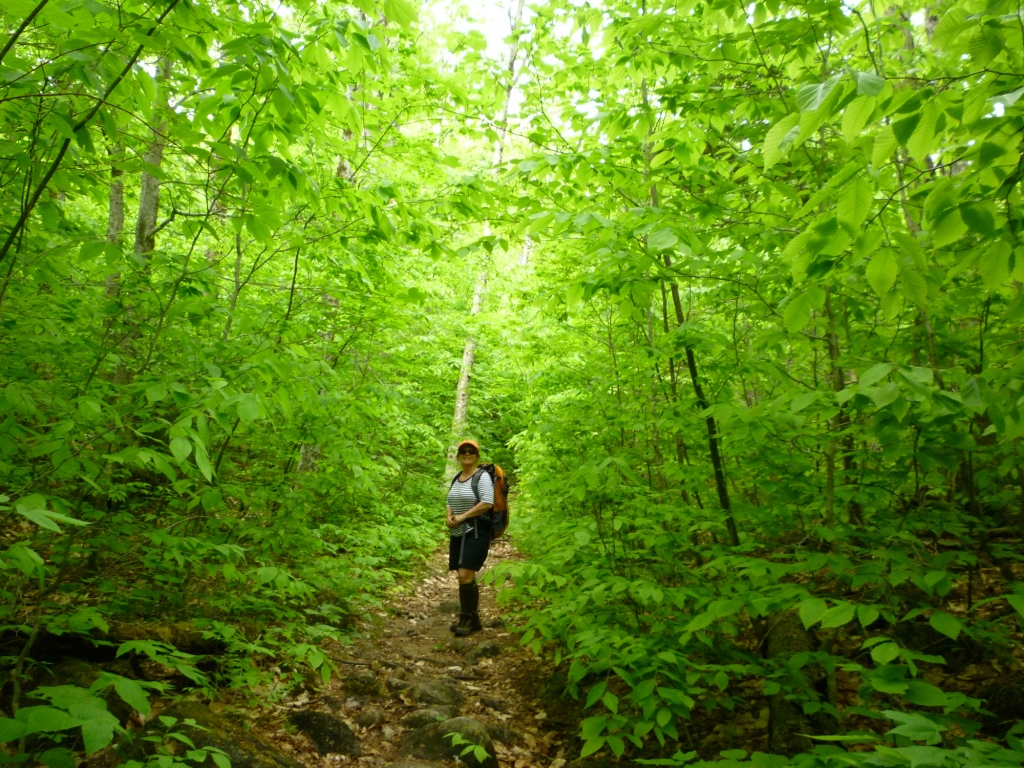 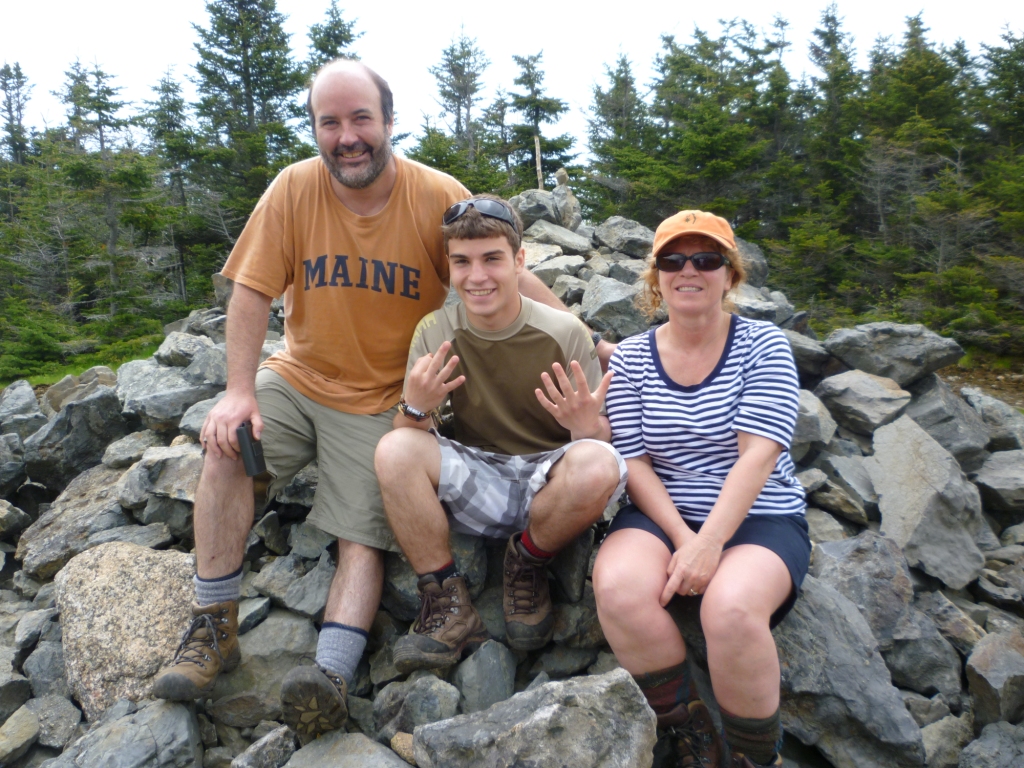 Clouds were low and thunderstorms were threatening so this seemed like a great day to do an easy 4,000 footer with no views. Mt. Hale was still on Alex's to-do list for the 48 4,000 footers of New Hampshire, and we got a good group together interested in an early-season hike to stretch those rusty legs. The plan was to go up the Hale Brook Trail to the top of Hale, then down the back side by the Lend-a-Hand Trail to Zealand Falls and out by the Zealand Trail. The lower-elevation birch forest had the intense light green of spring (Janice at left). Above 3,000 ft this gave way to the spruce-fir forest. The trail had a regular grade and nowhere difficult. The top of Hale is a flat open area ringed by tall trees. There is a large cairn in the middle, where a firetower used to stand, and by climbing on the cairn you get some marginal views of the Twins and of the Presidential Range. See my report of a 2009 hike where we did the Mt. Hale Loop in reverse. Here we used the cairn as a prop for Alex to advertise "only eight 4,000 footers left!" with proud parents (right), and took a group picture (below left) 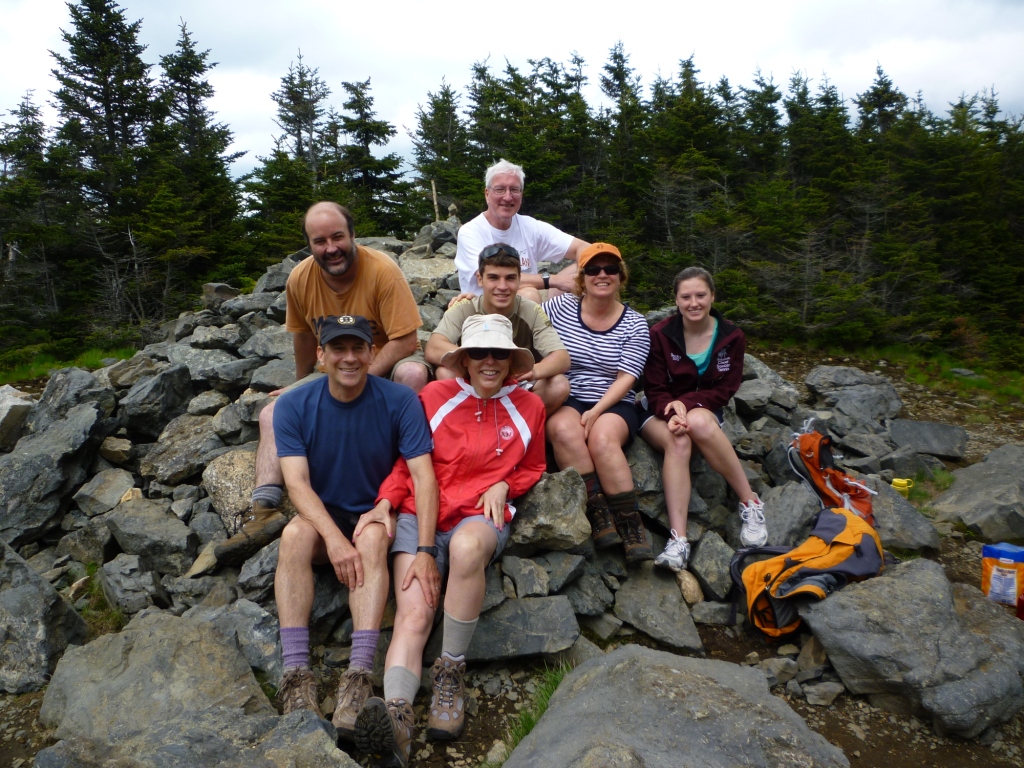 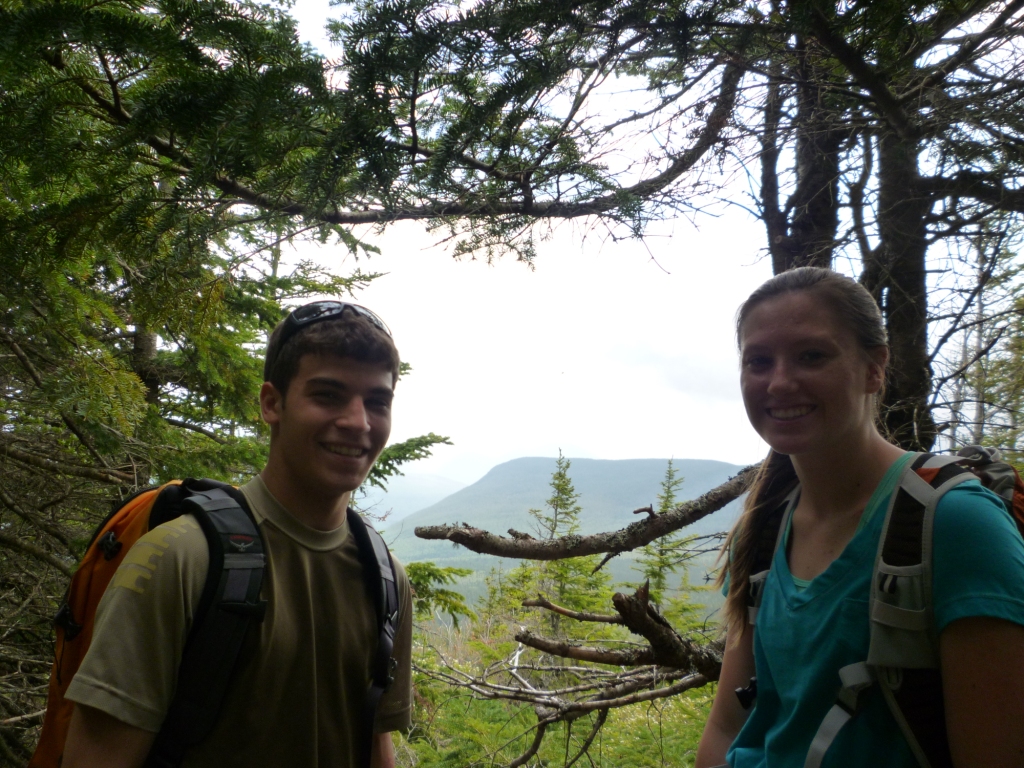 As we stood on Mt. Hale the sky became very dark. Most of the group decided that this was enough for a first hike of the season and went back down the Hale Brook Trail. But Alex and Becky stuck with me for the Loop. We went down the back side of Hale by the Lend-a-Hand Trail, built in the late 19th century to give a way up Hale for the folks staying at Zealand Hut. The summit was open then thanks to the valiant clearcutting efforts of the lumber barons. Anyway, the Lend-a-Hand Trail doesn't have much views except a few framed ones from short side trails (right). But it's an attractive trail that takes you through a diversity of forest, with rougher footing than the Hale Brook Trail and including nice ledgy sections (below left). 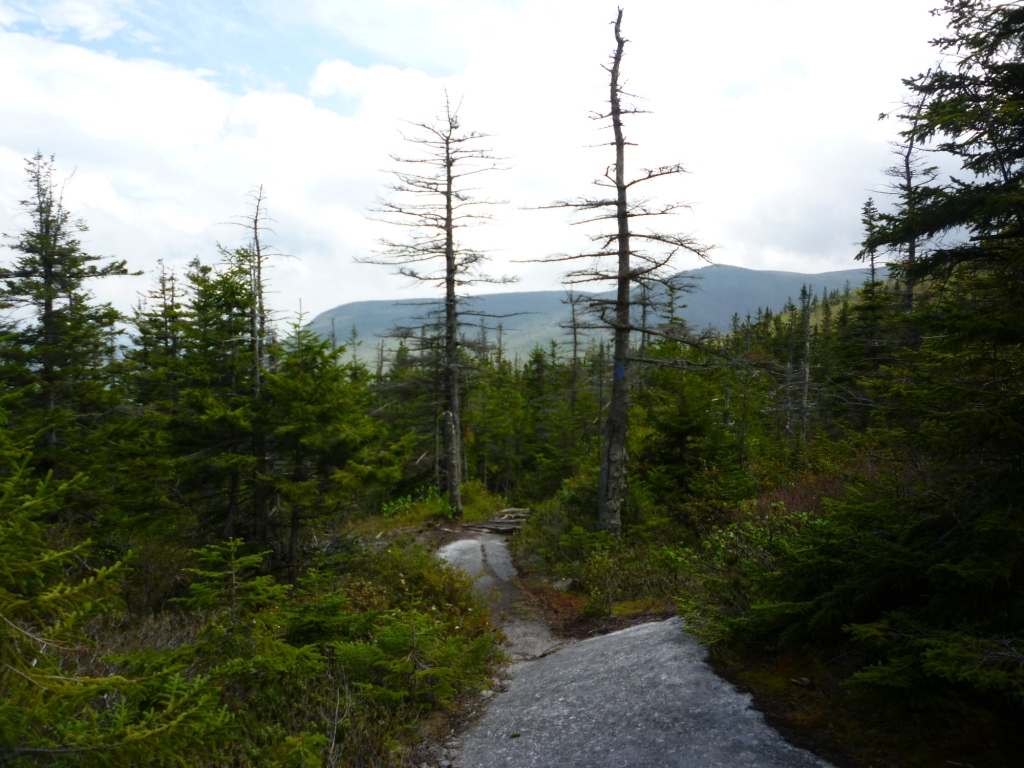 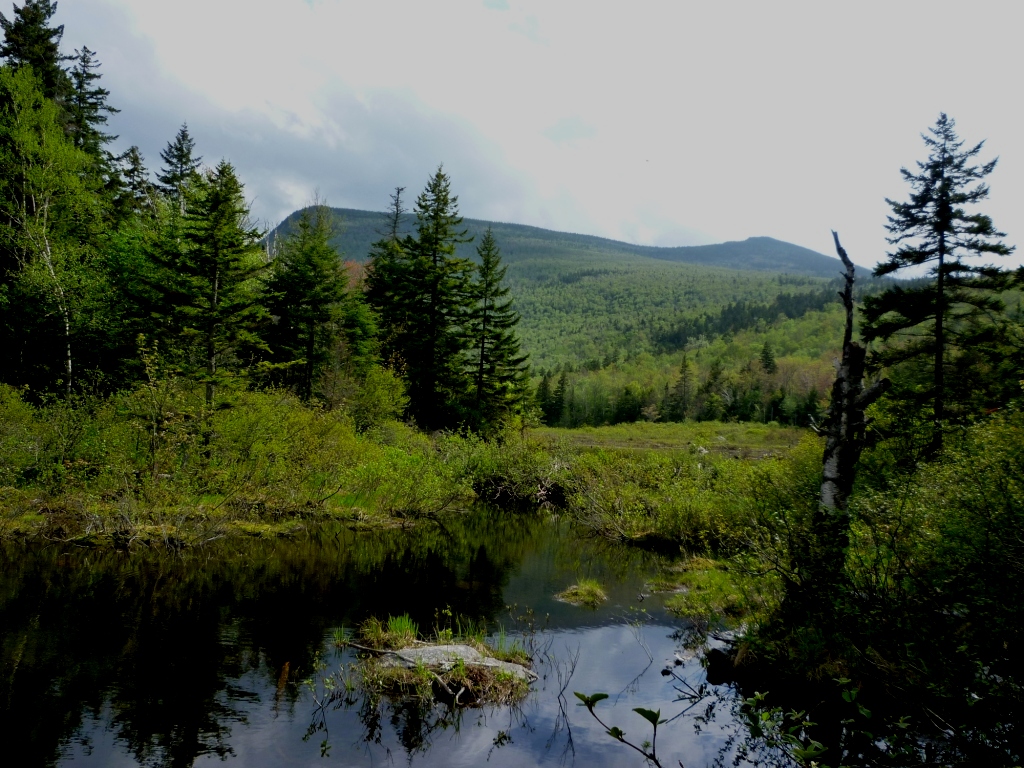 By miracle it didn't rain on us, and by the time we got to Zealand Falls a hazy sun was out and it was downright warm. I took the opportunity for a first dip of the season in the Falls, a quick in-and-out affair because the water was still verrrry cold. We stopped briefly at the hut and completed the loop by the Zealand Trail with many nice views of Zealand Pond and outflow swamps (right, looking toward Zeacliff and Zeland Mtn.).