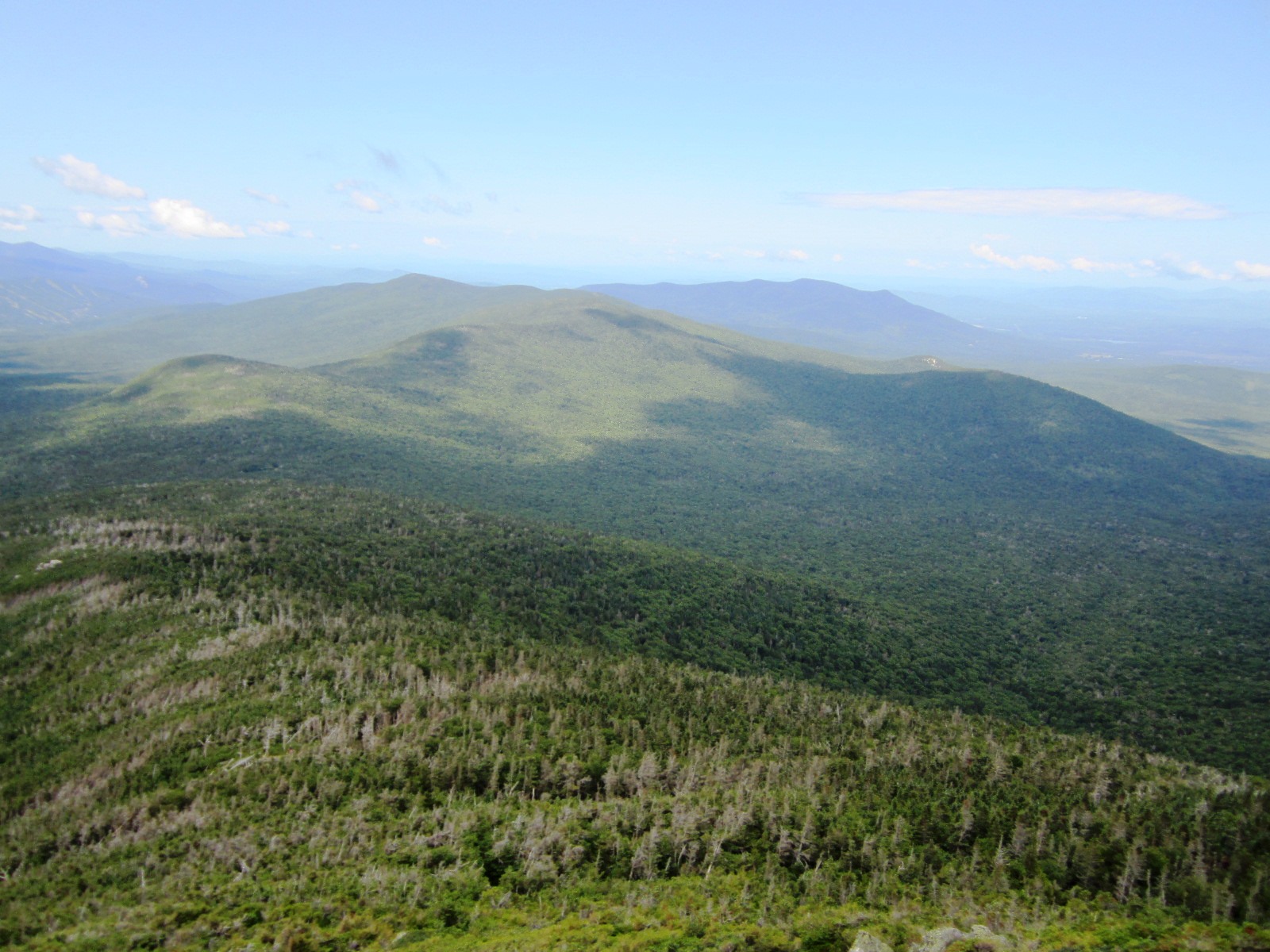 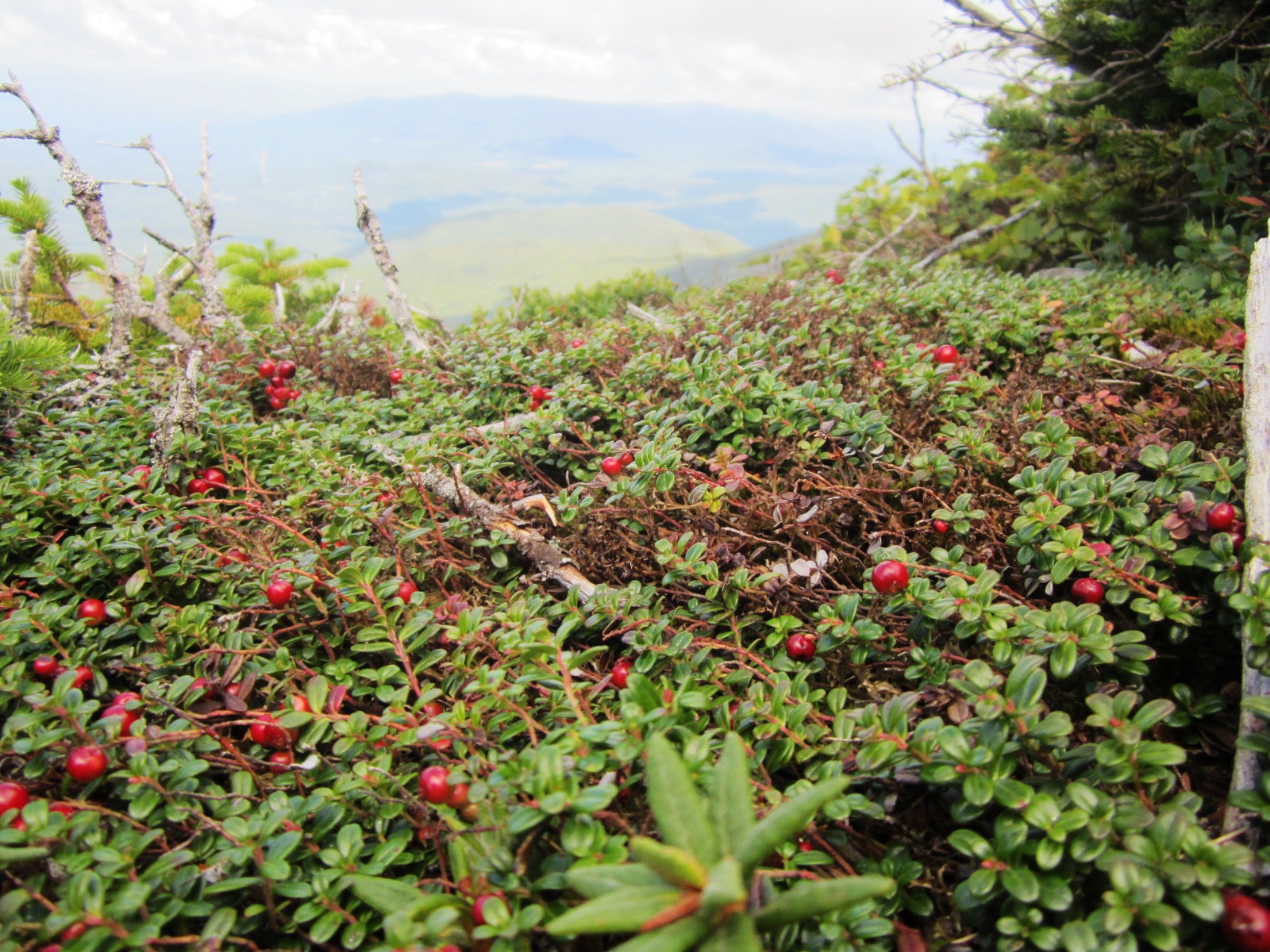 It was a beautiful day to go above treeline but we had limited time because Roger had a 35th anniversary dinner engagement. So we went up the Caps Ridge Trail to Mt. Jefferson and I extended that by taking the Cornice around Jefferson. Caps Ridge is for immediate gratification because you get above treeline so fast. I have done it many times as a component of various hikes. The views are outstanding as you climb along the ridge (left) and there are fun hands-and-feet scrambles. There were lots of ripe cranberries (right). 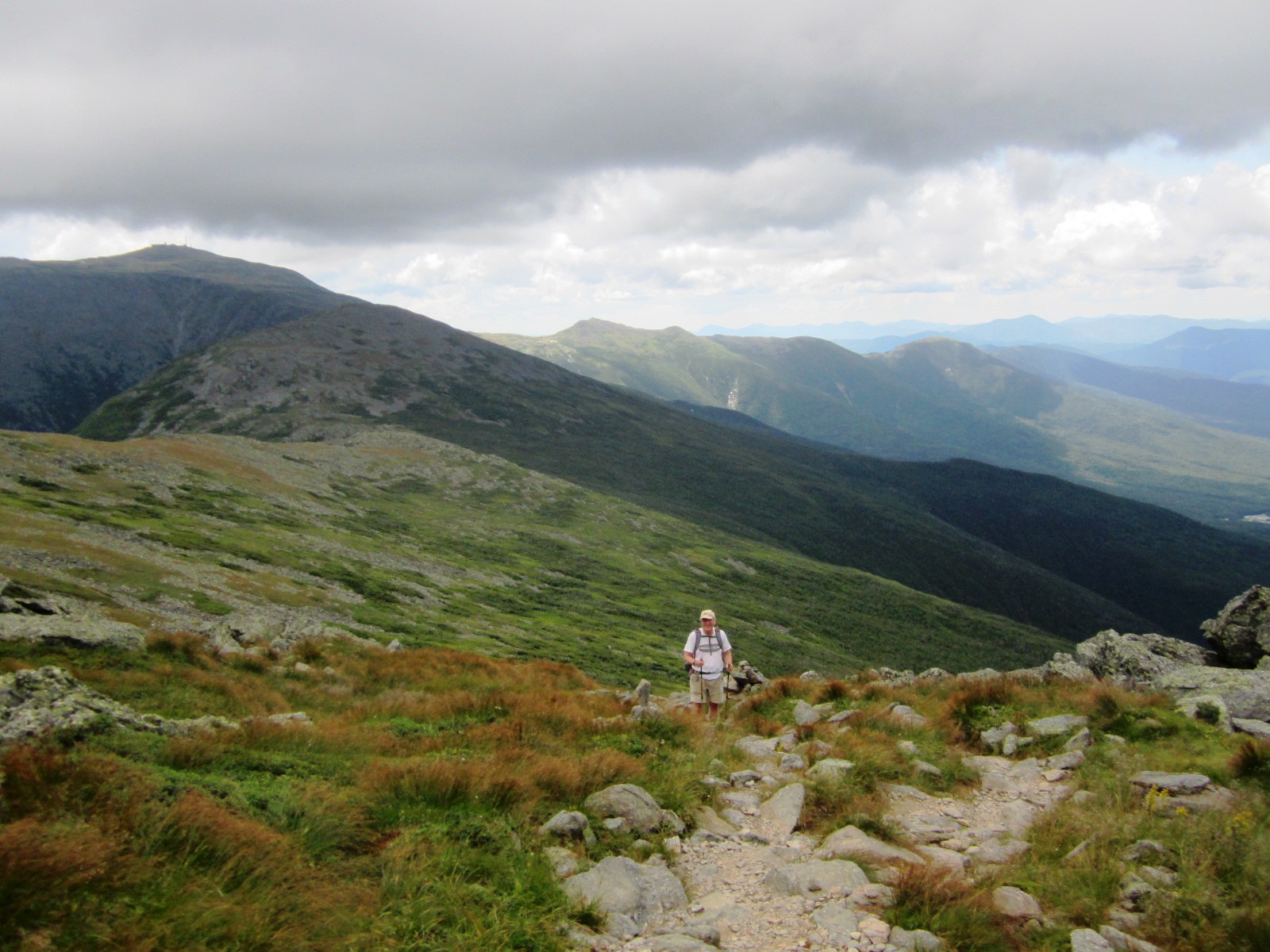 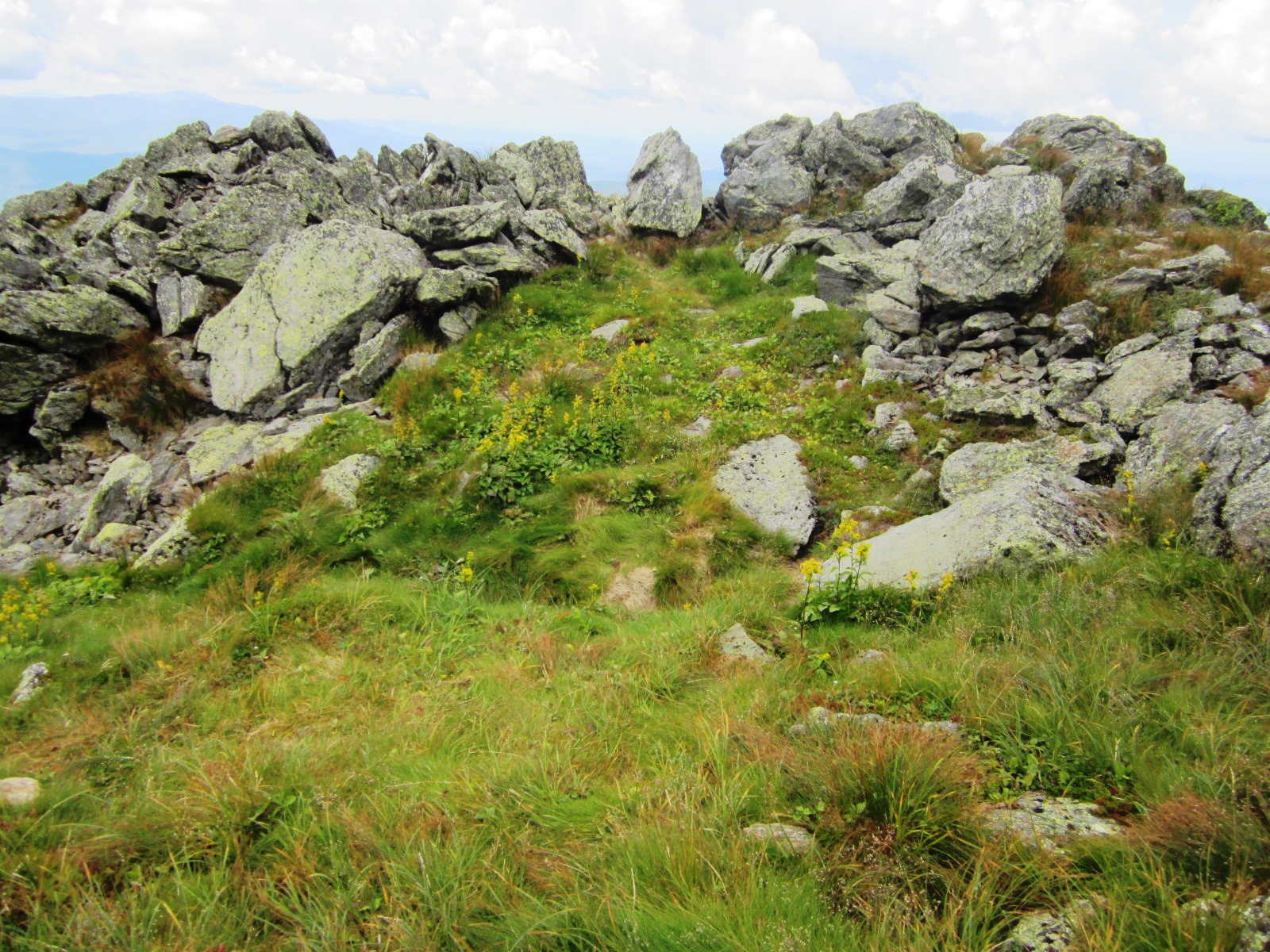 The final climb to Jefferson is just a jumble of rocks and is deceiving because of false summits, but my altimeter avoids any surprises. We finally got to the top (left). Near the top I saw some surprisingly tall yellow flowers (right). There are plenty of flowers above treeline but they are usually carpeted against the ground because of the wind. As Roger noted, these were protected in a natural shelter. 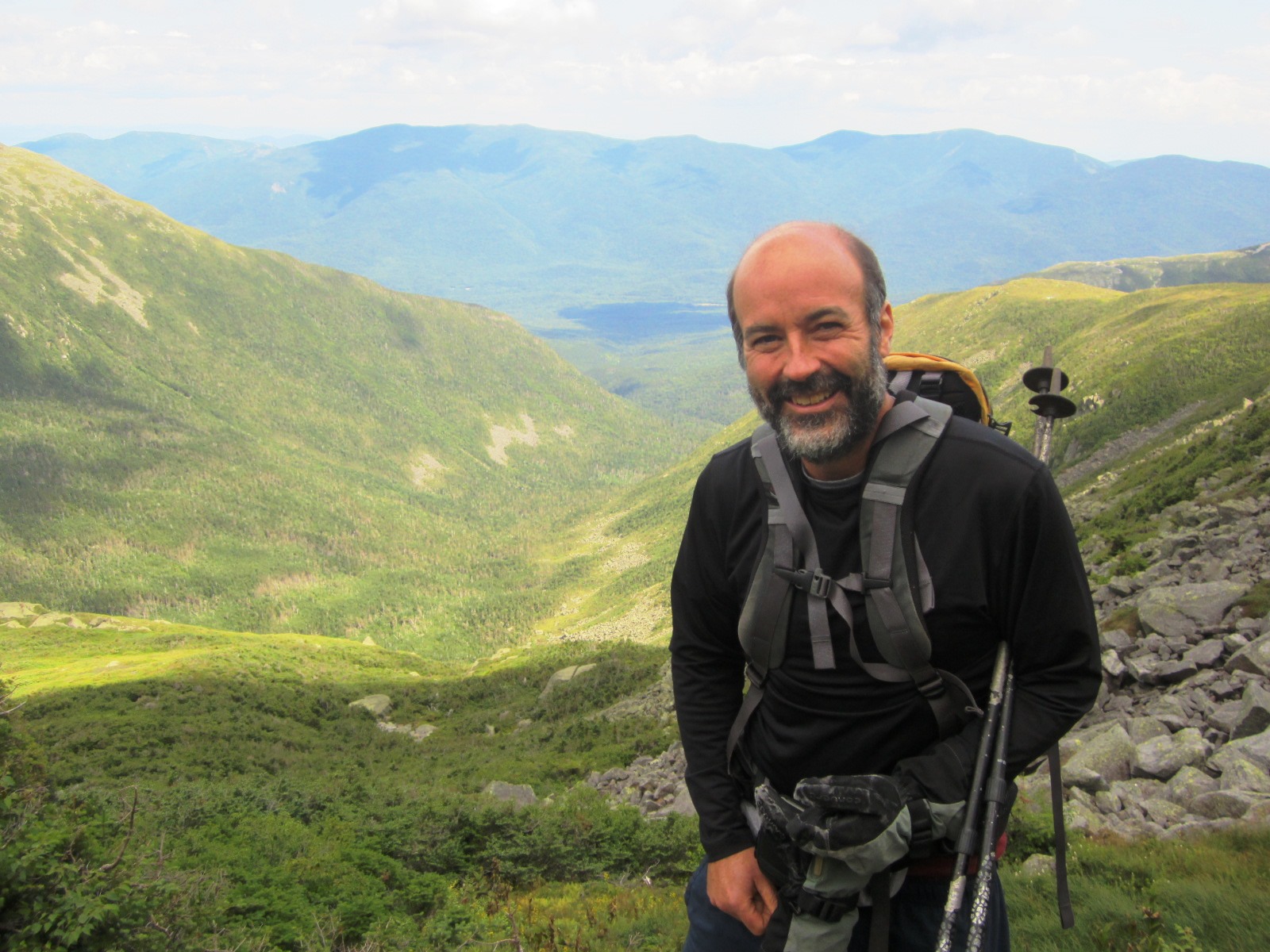 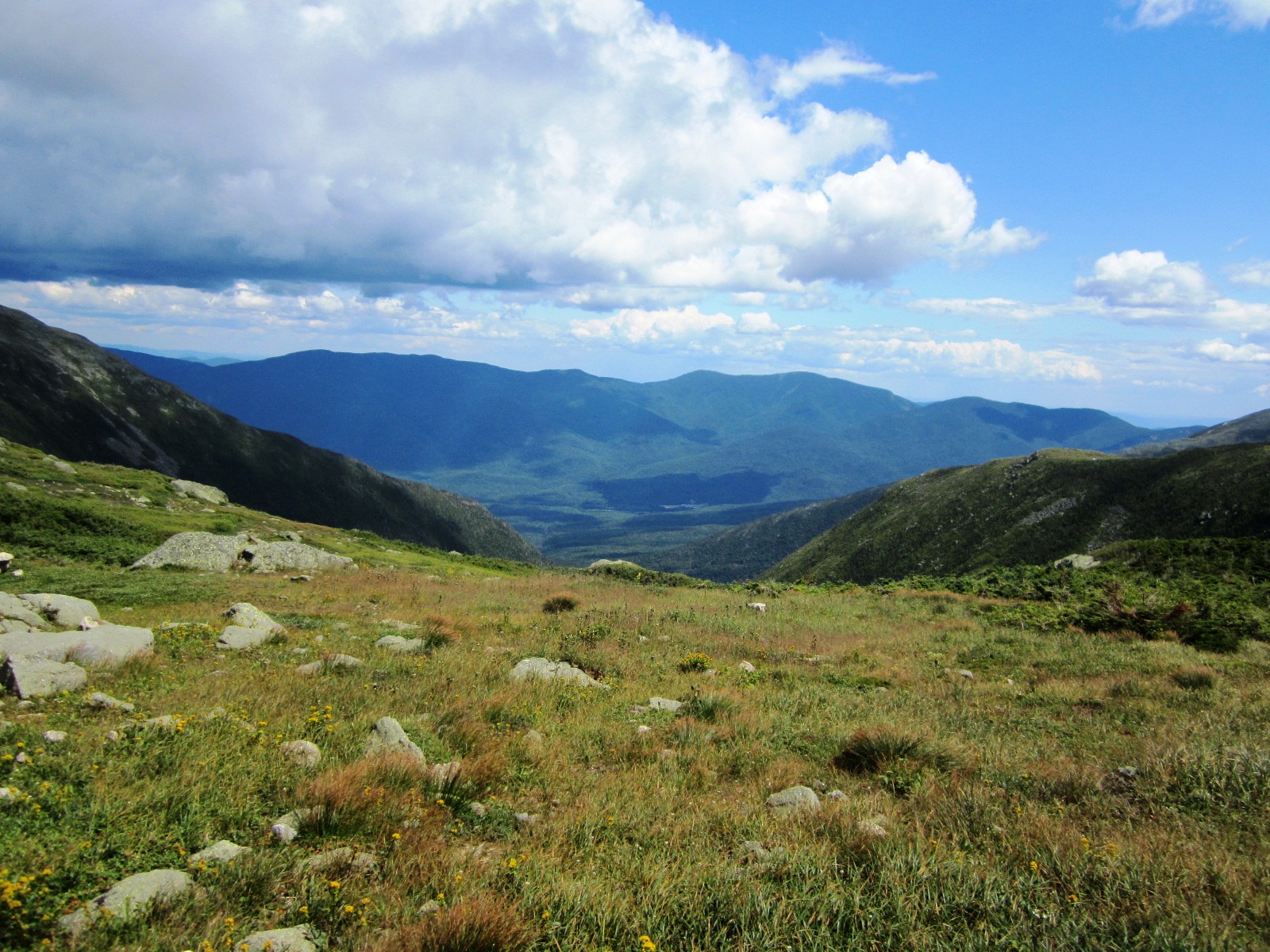 From the top Roger headed back down while I dropped to the other side via Jefferson Loop to the Gulfside Trail and Edmands Col. I had great views of trailless Jefferson Ravine (left) and from Edmands Col (right). 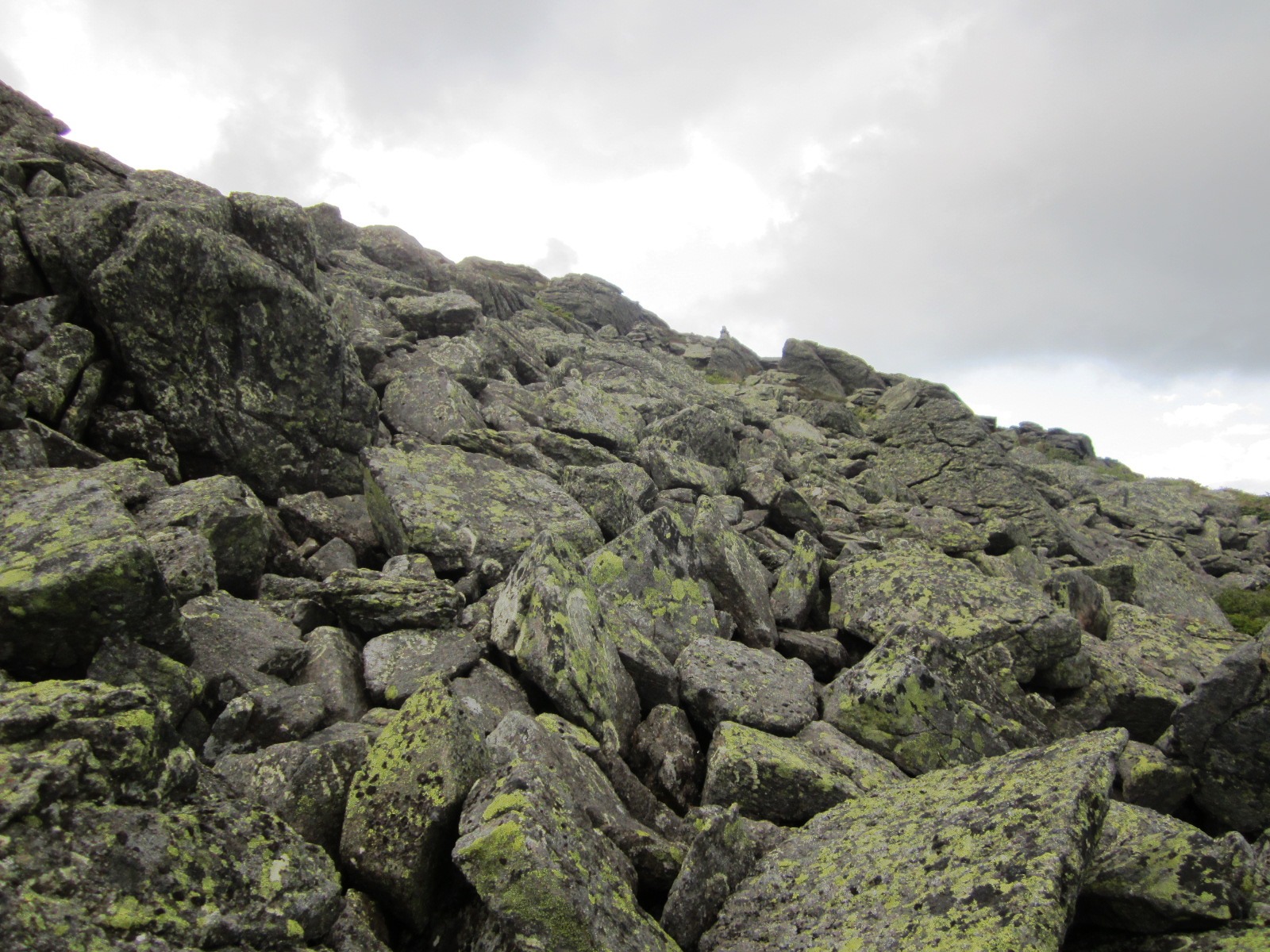 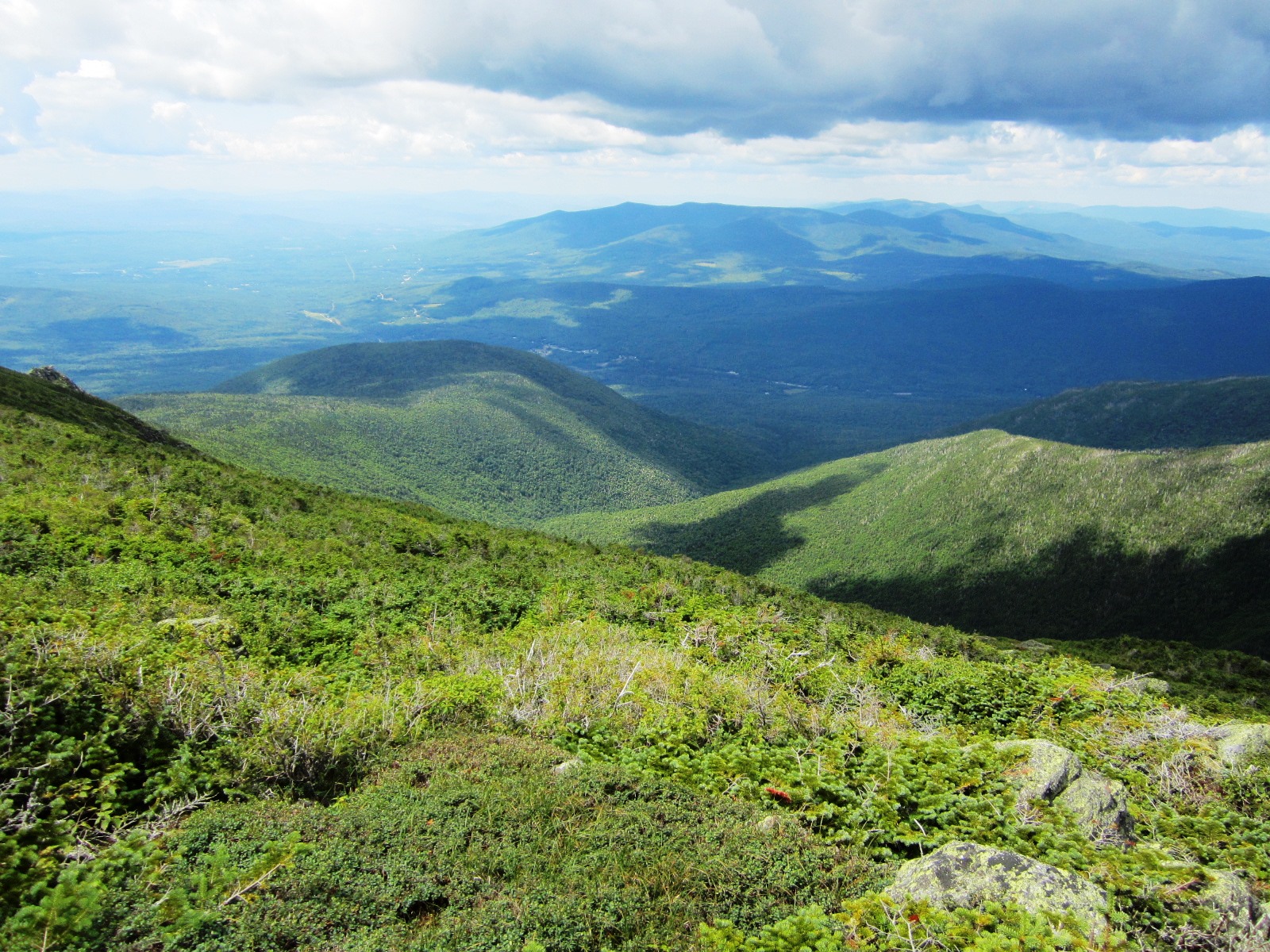 From there I took the Cornice to go around Jefferson and back to Caps Ridge. So far there had been quite a few people on the trail but the Cornice totally left the crowds behind. The Cornice is not a trail, just a mess of rocks with regular cairns (left). It's fun - you get to a cairn, look for the next cairn, and plan your route through the rocks. The rocks are not loose and give good footing, but they're often jagged with crevices so you have to watch your step. I remembered this trail as being really bad but with this anticipation I found it to be really fun. Having to watch every step focuses our mind. And the views are fantastic (right). I eventually got back to Caps Ridge and hurried down to catch up with Roger. I caught up with him below treeline and went down the rest of the way at a slower pace to pick mushrooms along the way.