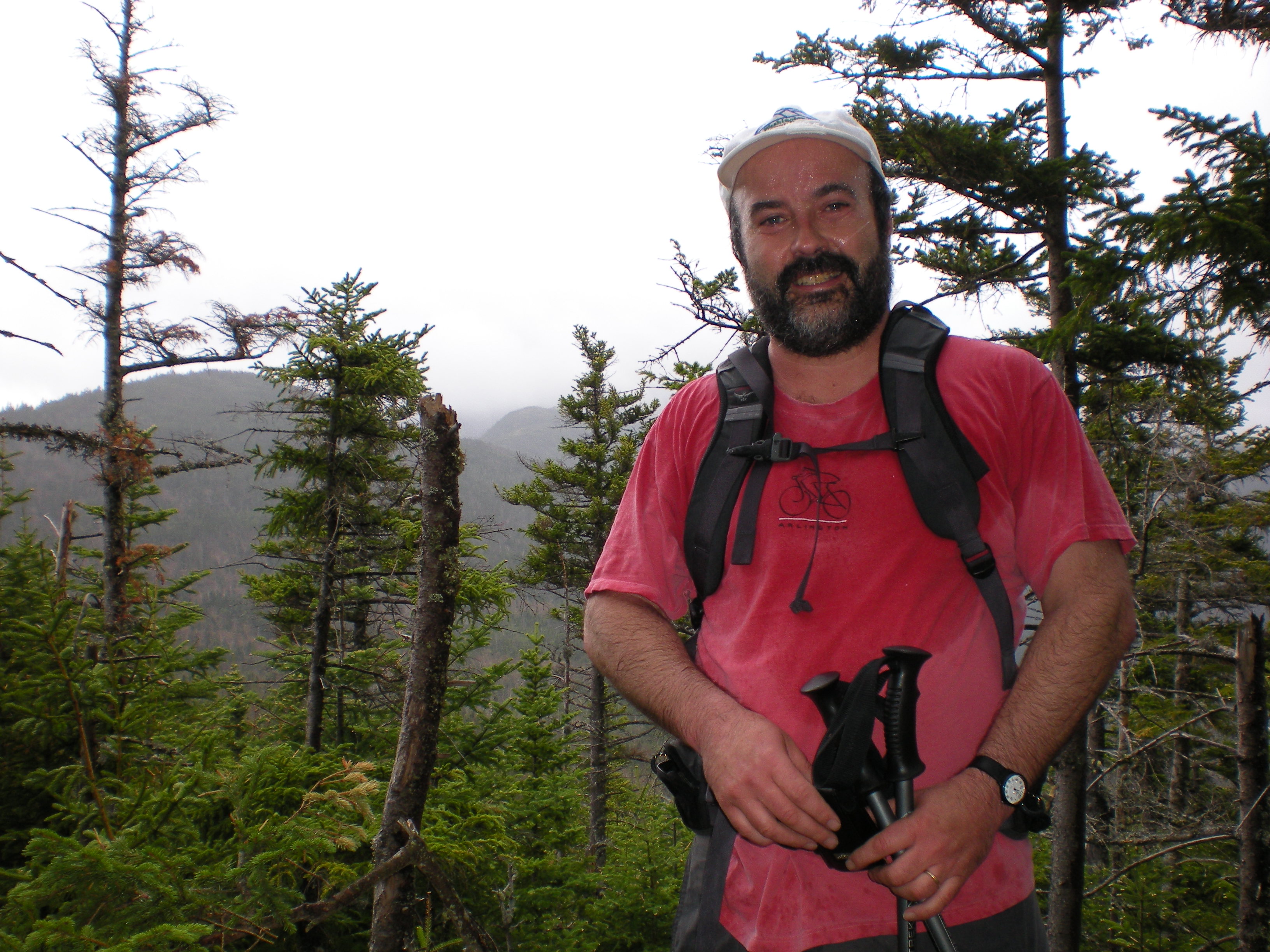 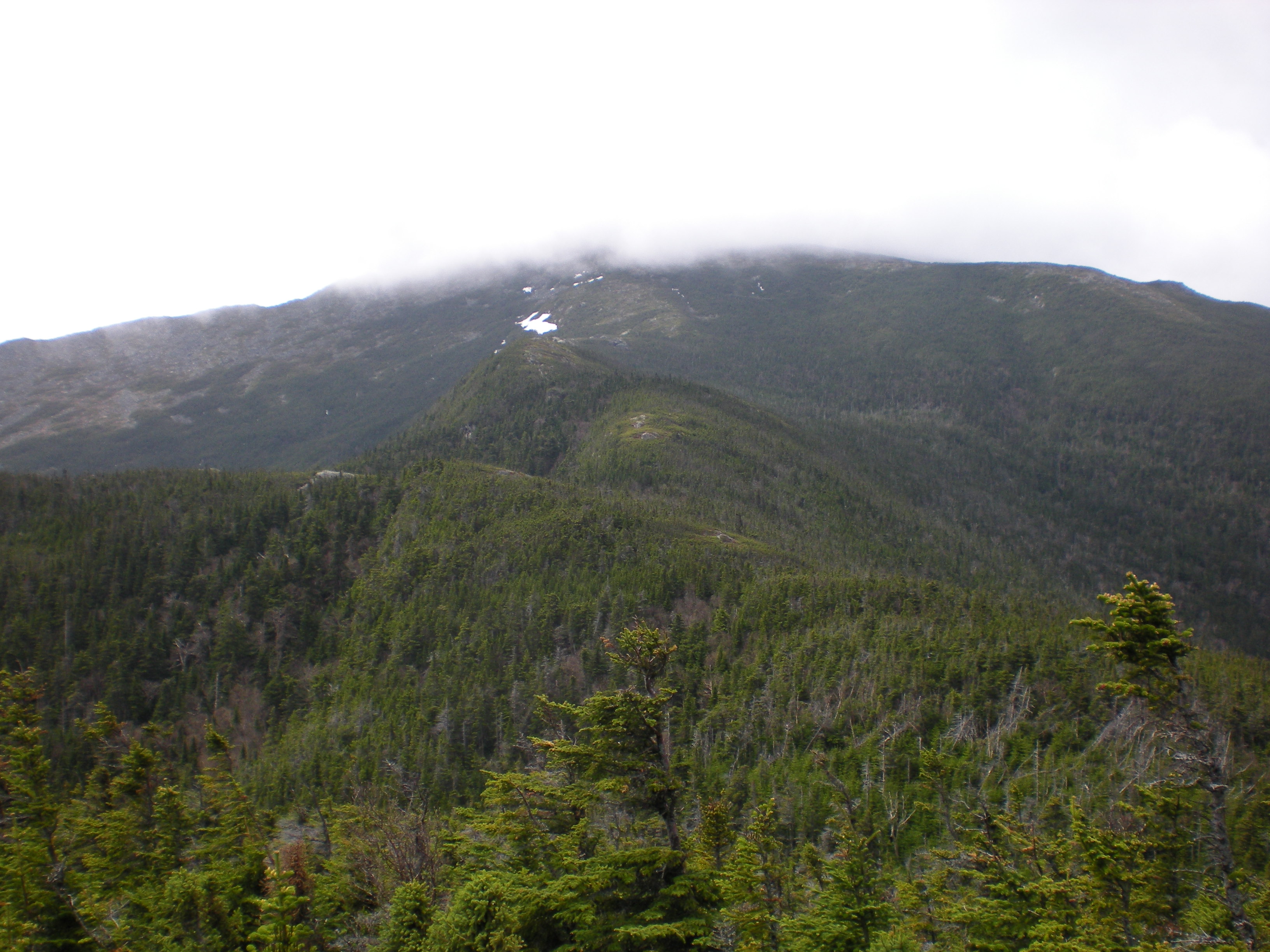 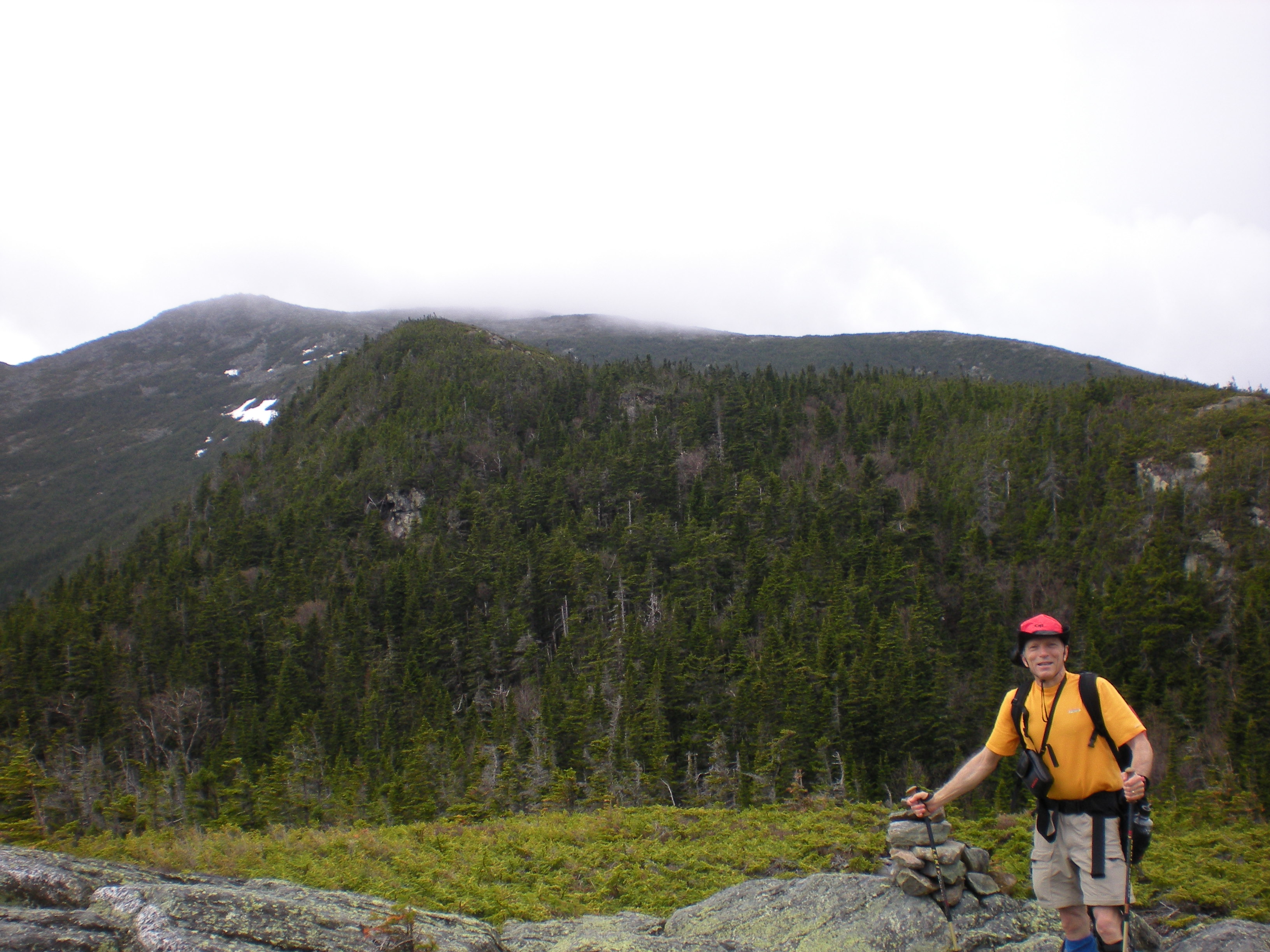 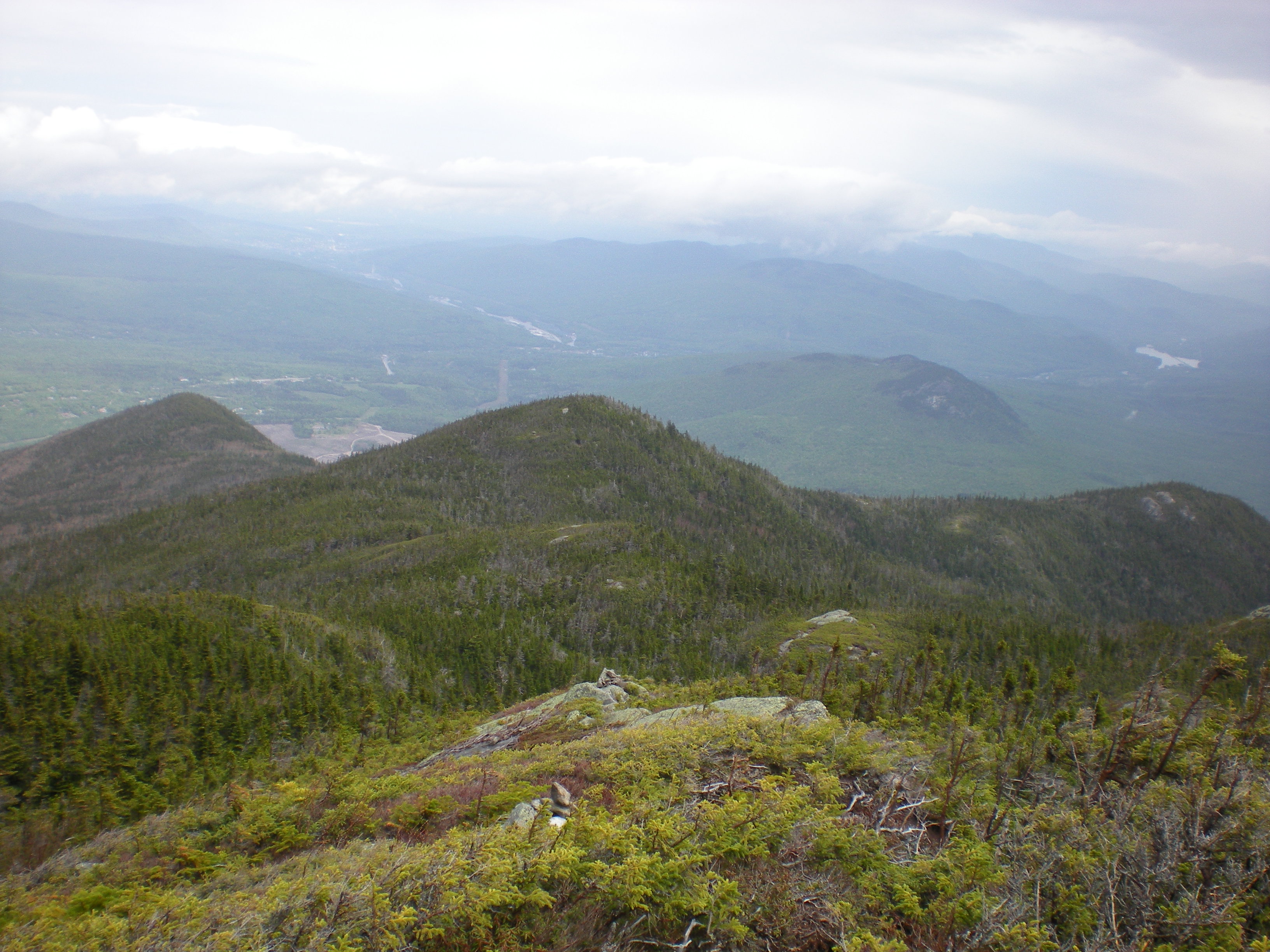 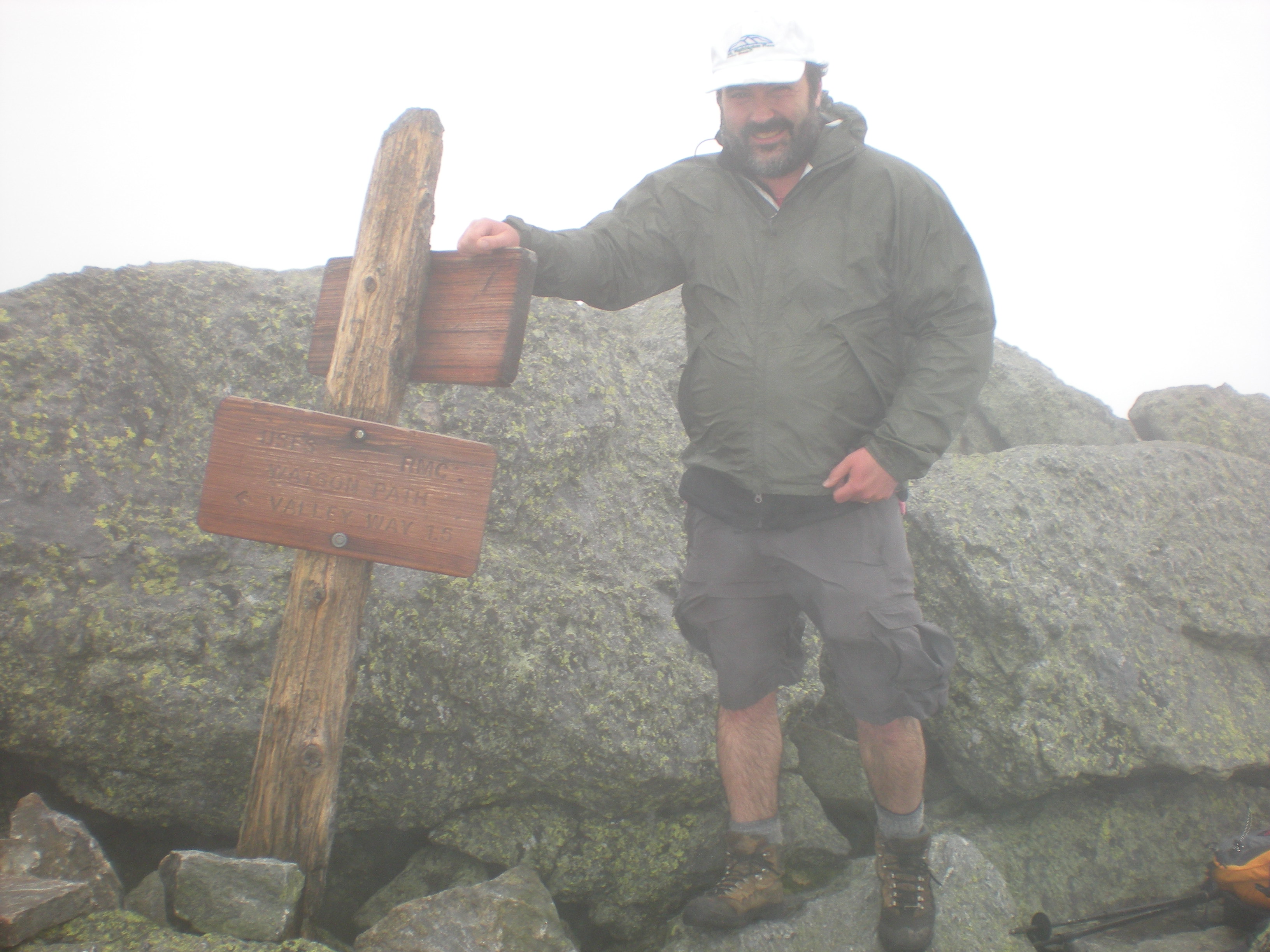 On Sunday of Memorial Day week-end I headed with Peter Wyatt to Mt. Madison by the Howker's Ridge Trail. The trail is described in the AMC guide as "wild, rough, and scenic". It certainly is wild - we didn't see anyone on it and the few tracks on the snow were at least 1 week old. It's not that rough but you do go over four peaks (the Howks) on the way to Madison. And it is scenic - the views improve as you go from one Howk to the next. The pictures above were taken from each successive Howk, the last one looking down at the lower Howks. We found some ice in crevasses all along the trail but first started to run into real snow above 4000'. As we got above treeline the fog got thick - and the top of Madison was foggy and windy as can be (left) 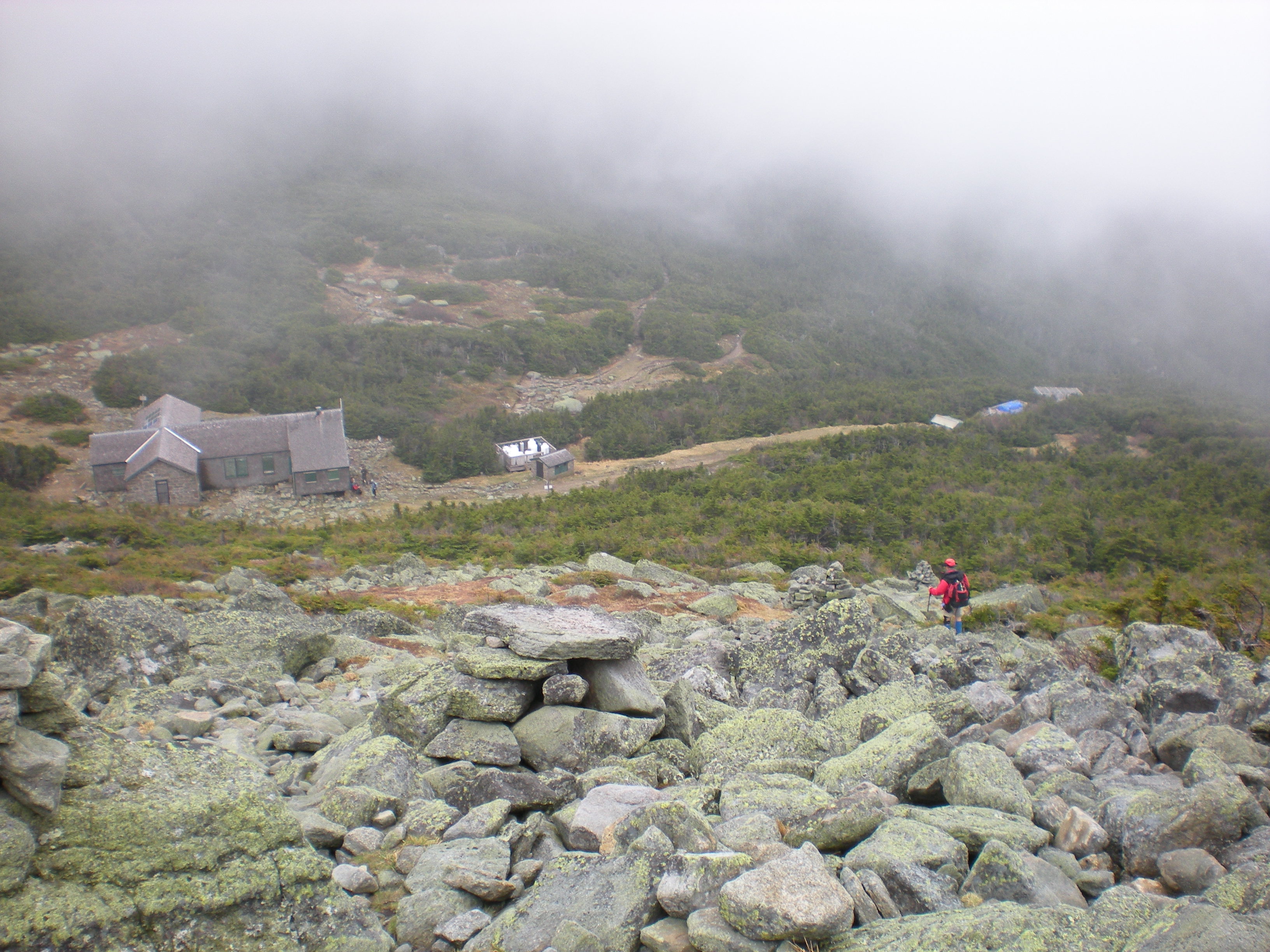 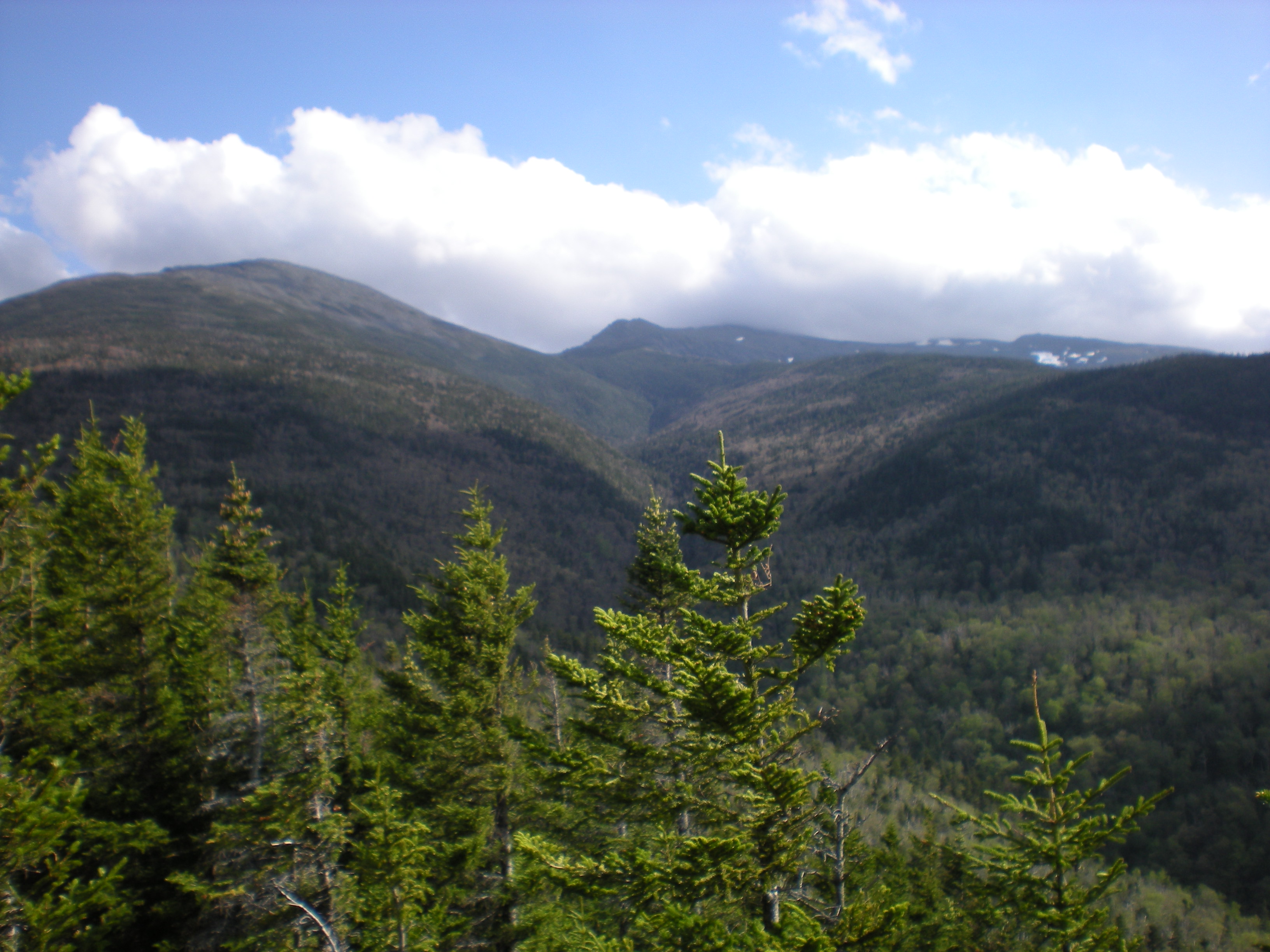 We went down to Madison Hut in and out of fog, and decided to go back down by two little-used trails, the Brookside and the Kelton. The Brookside trail (running along Snyder Brook) was really rough but the Kelton trail was a pleasure and we had a great view looking back to Madison from the "Upper Inlook" (at right). The fog at the top was finally clearing. 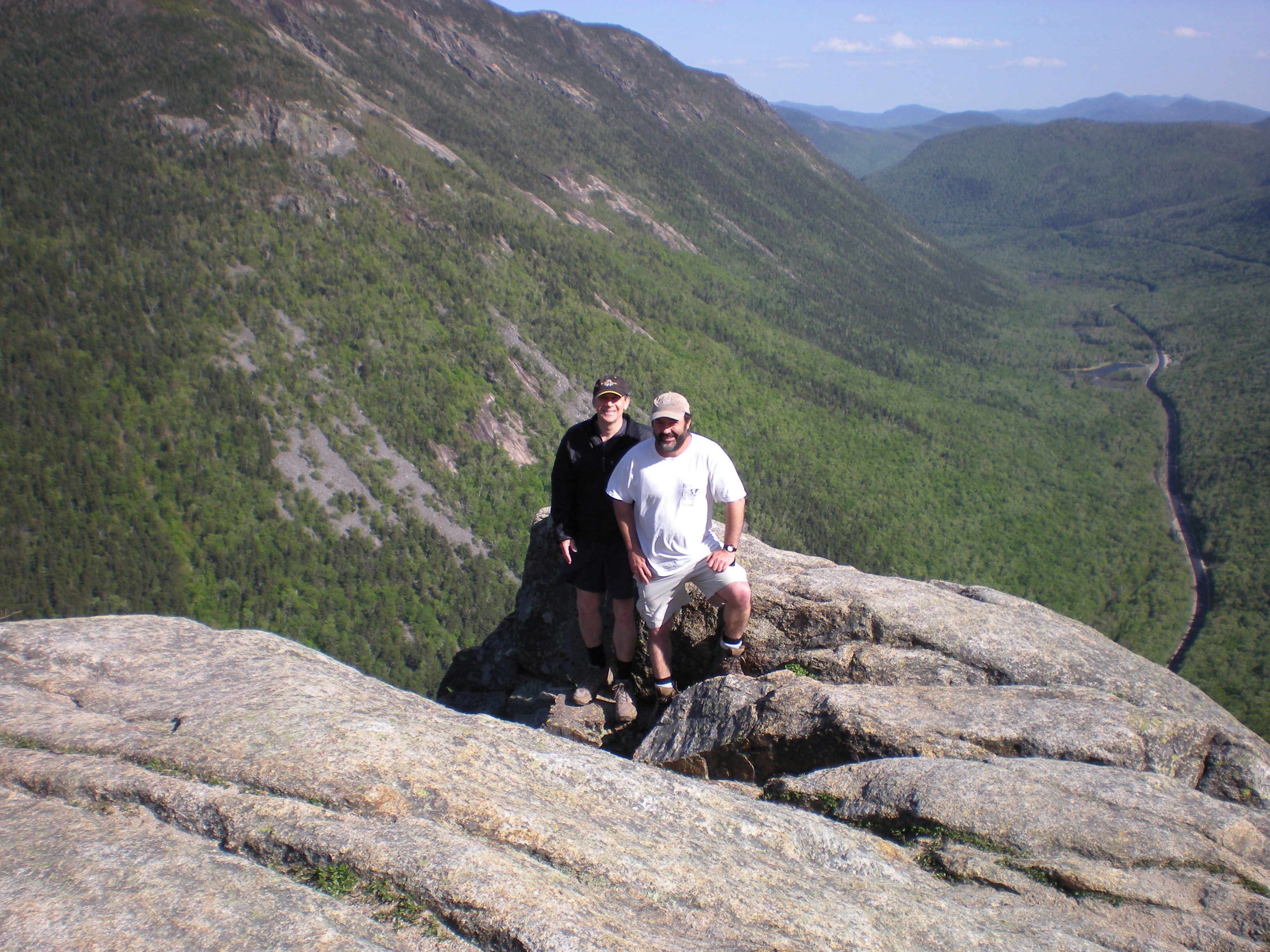 On the following day Peter Gordon and I did a hike to Mt. Willard (right) to take in the gorgeous view. This was his first significant hike since his bone marrow transplant and he kept a solid pace. It was great to see him in such good shape!