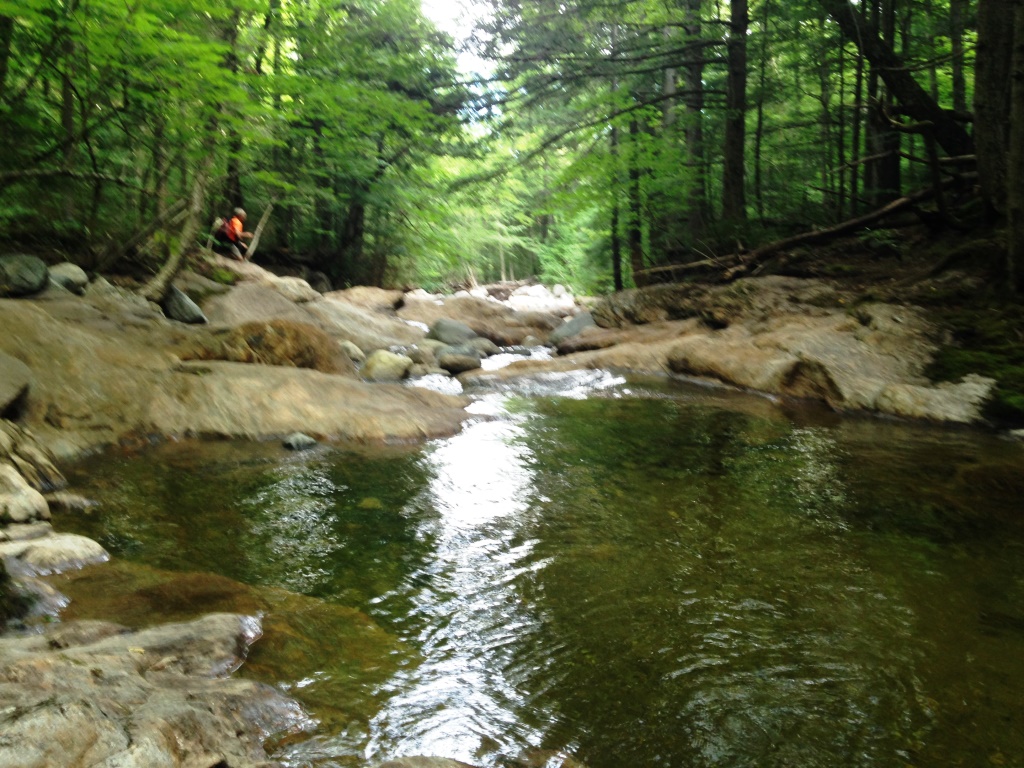 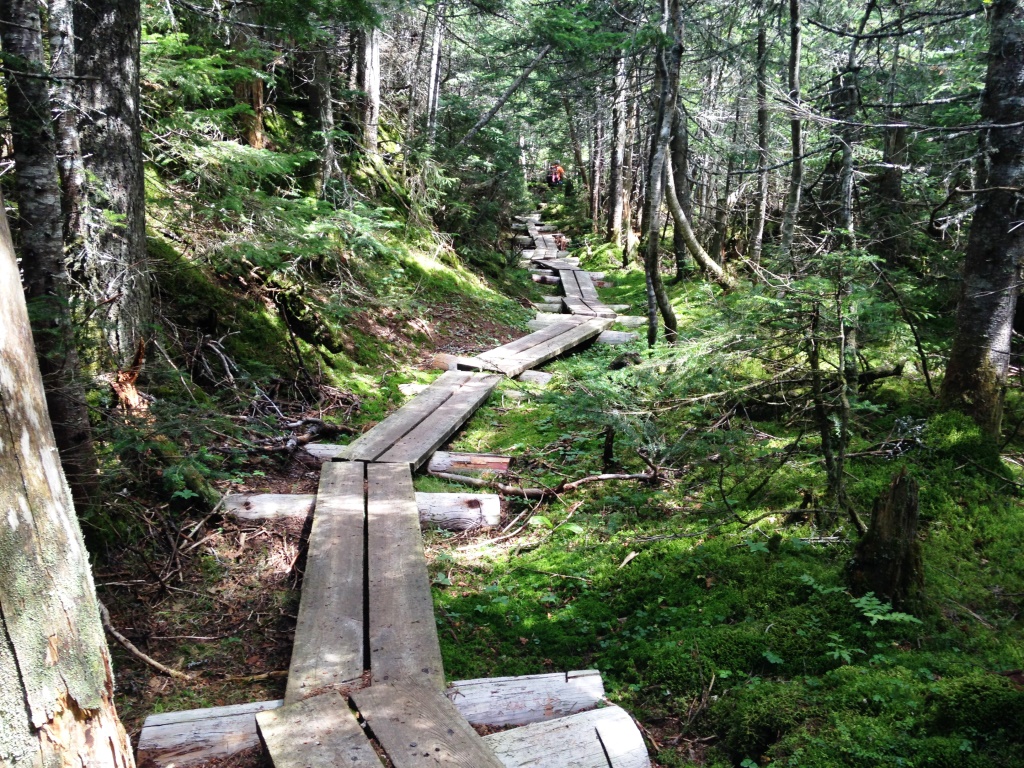 This was a day of all new trails for Peter Wyatt and me. We started from US 2 on the Rattle River Trail, which is the AT connection between the Carter-Moriah Range and the Mahoosucs. The trailhead is very low at 760 feet and brought us up to the Kenduskeag Trail on the Moriah ridge at 3,350 feet. Rattle River has nice cascades and pools (left), and the trail is really well built with lots of rock steps when the climbing got steep. We turned right on the Kenduskeag Trail to go to Mt. Moriah, which was pretty easy ridge walking helped by a lot of bog bridges to cross wet areas (right). 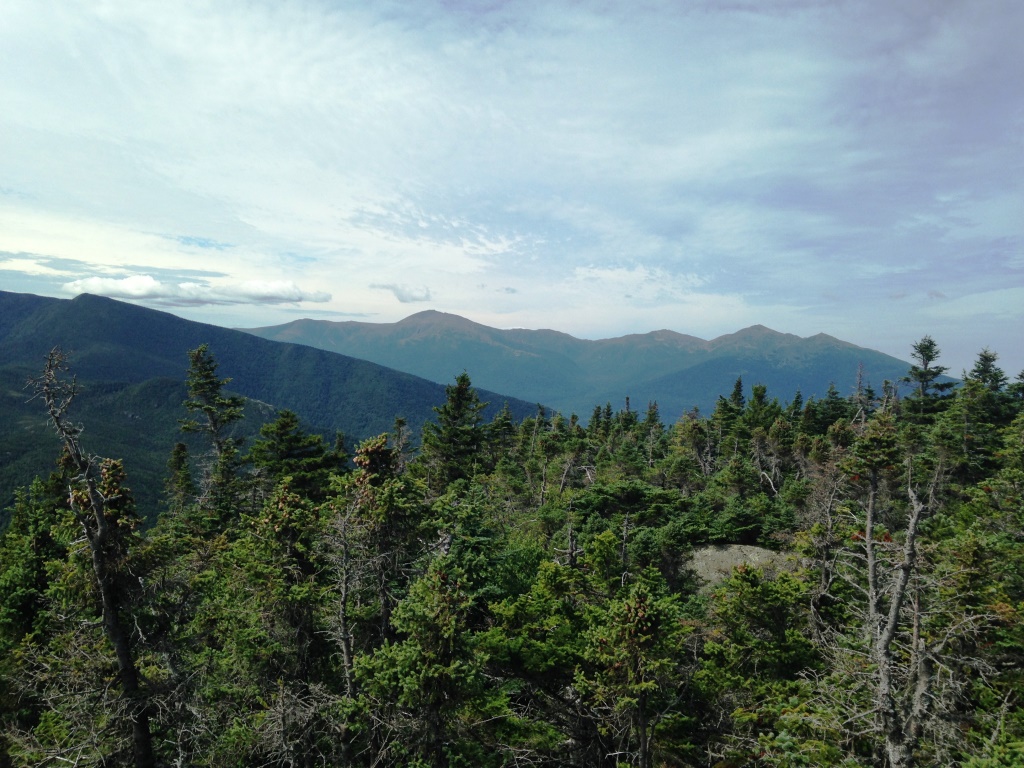 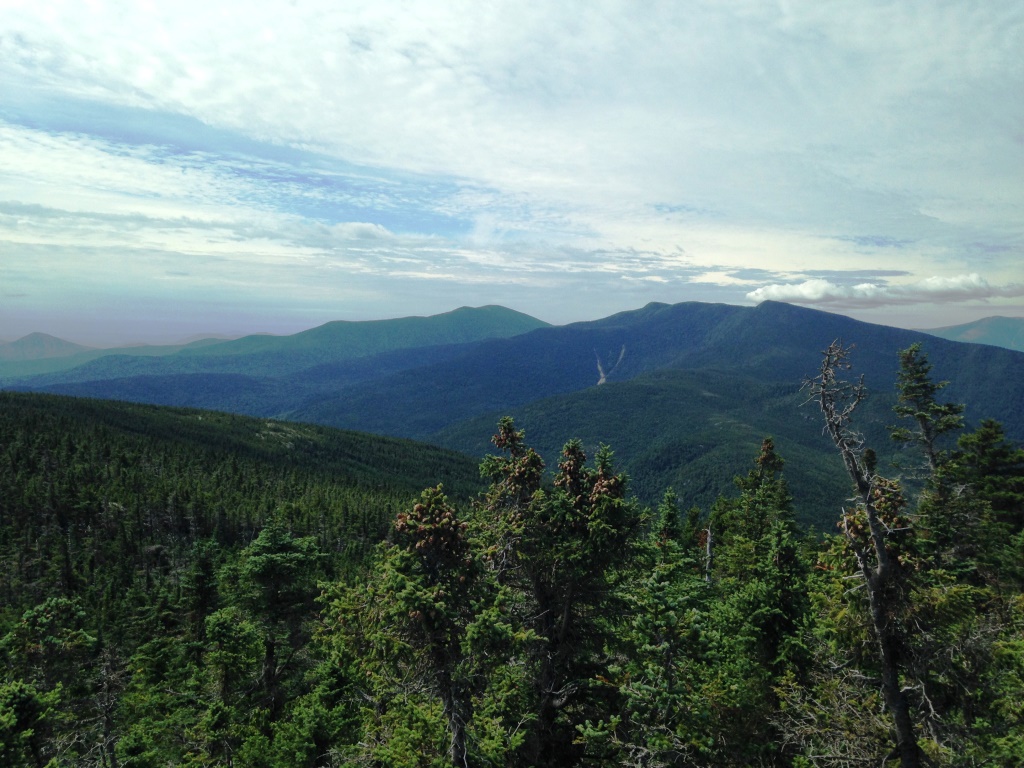 A final scramble up some ledges and we were on top of Mt. Moriah, which is a bare knob sticking out of the forest with 360 degrees views. There was a classic view of the Presidentials (left) and of the Carter range to the south (right). 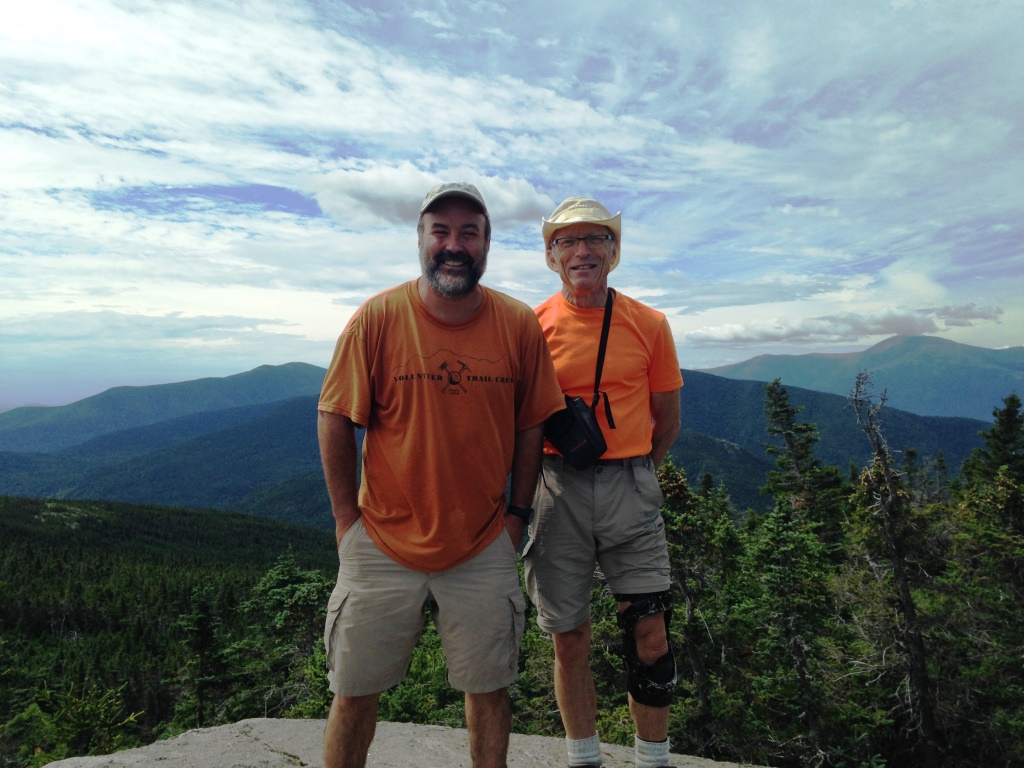 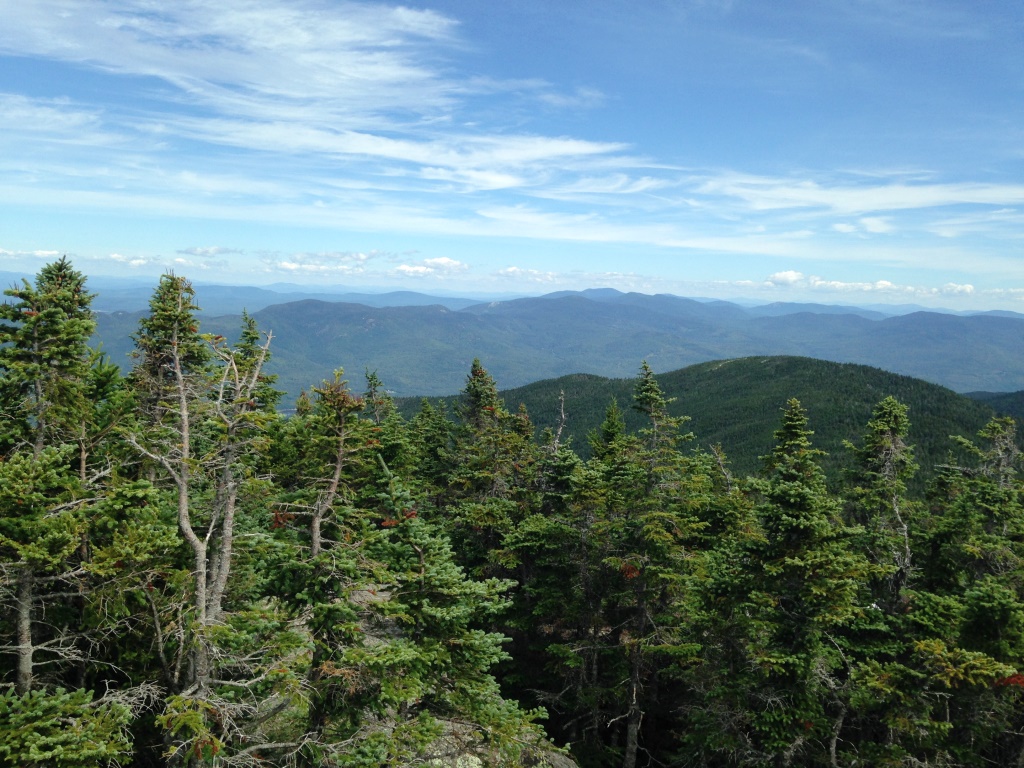 I had been to Moriah once before going up the Carter-Moriah Trail, but the way we came up today was quite a bit more interesting. There being a few people at the top (this is a 4,000 footer) we got our picture taken (left). We could also see our next destintation, the Shelburne-Moriah mountain to the east (right). 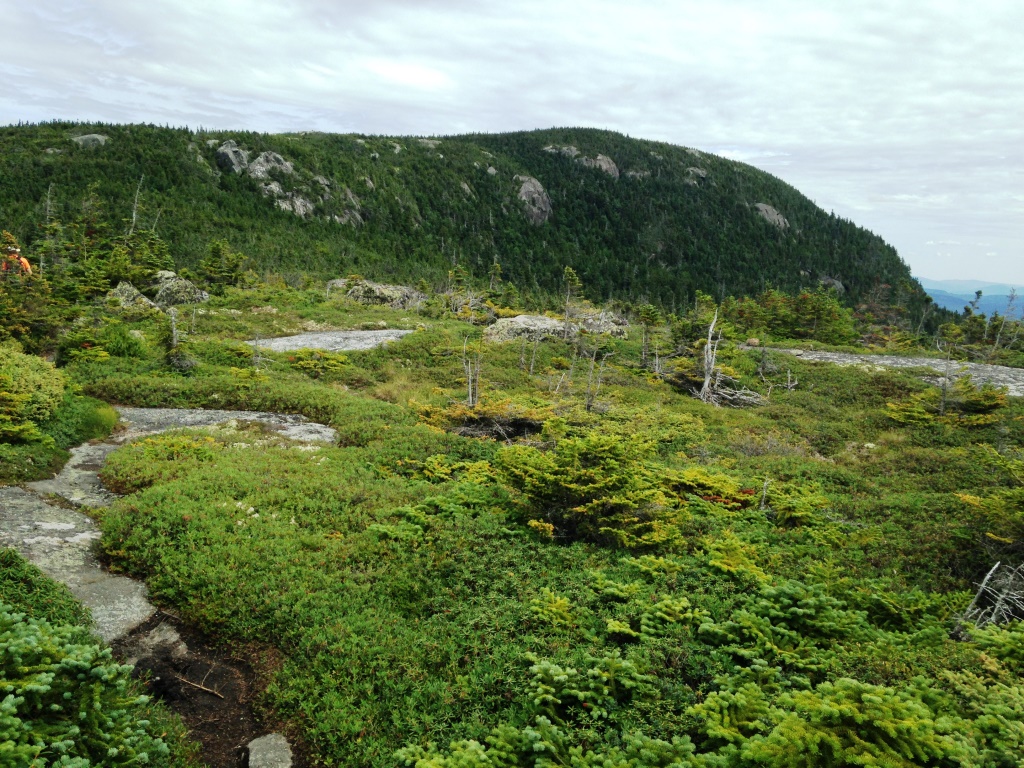 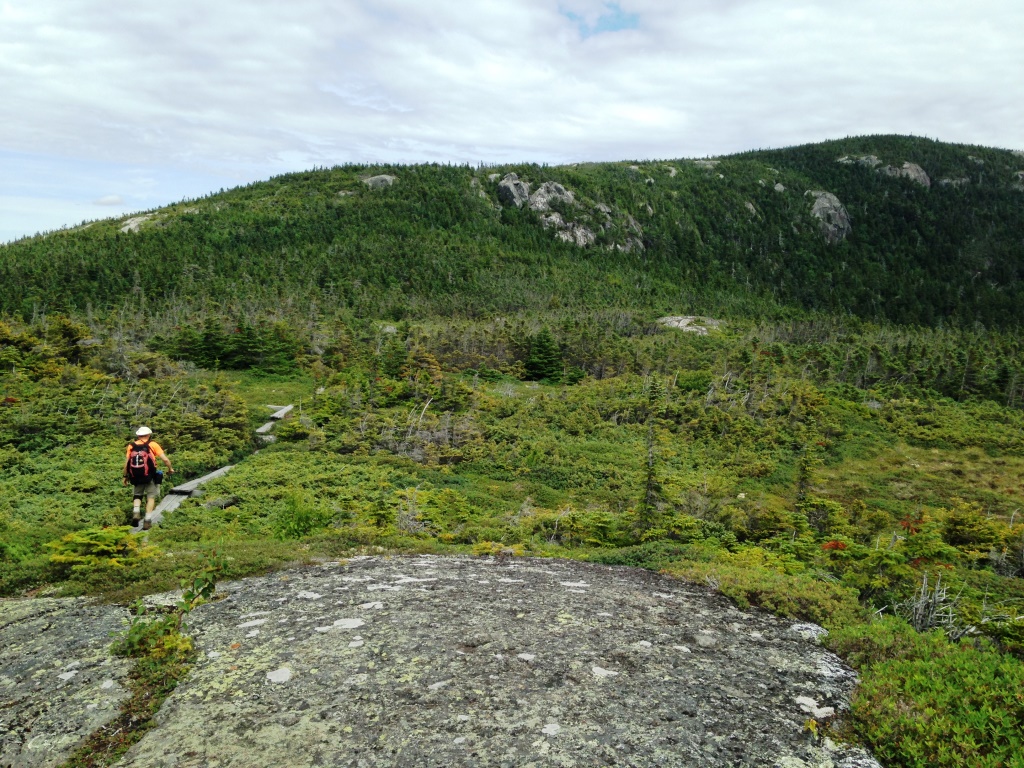 From there we retracked our steps on the Kenduskeag Trail, past the junction with the Rattle River Trail and toward the Shelburne-Moriah mountain which extends the Moriah range to the east. Shelburne-Moriah is only 3,750 feet and receives few visitors but it is far more beautiful than Moriah and the approach is far more spectacular. There are large areas of ledges with expansive views and beautiful meadows (left and right, looking toward the mountain). The ledges were covered with cranberries and blueberries. 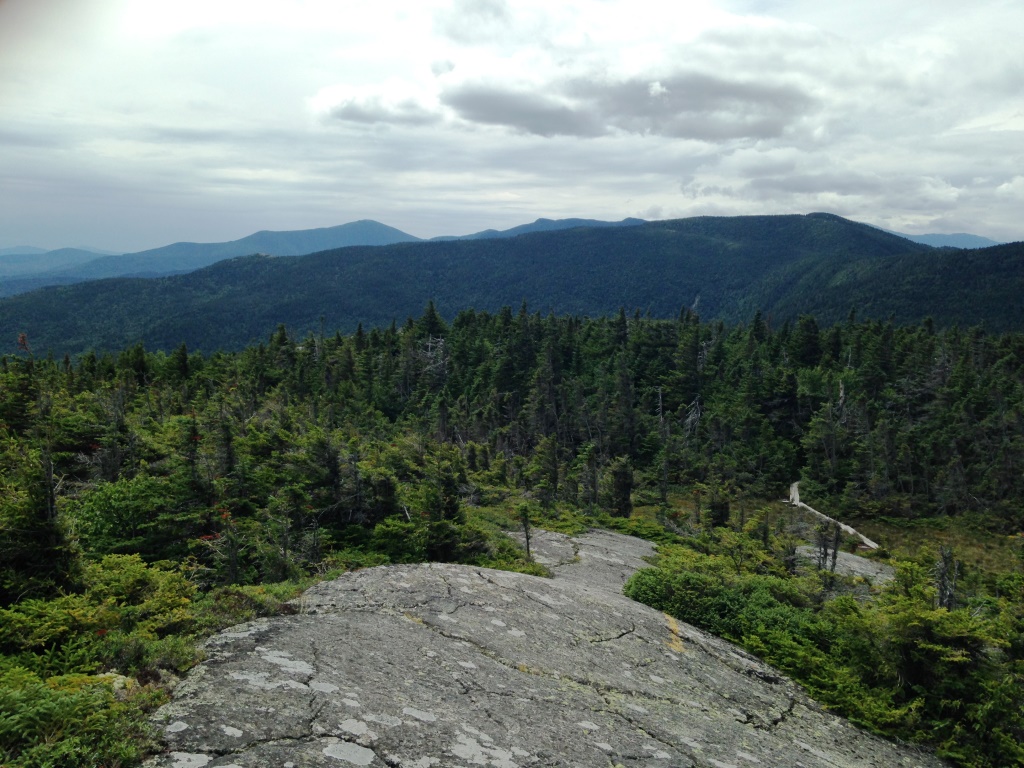 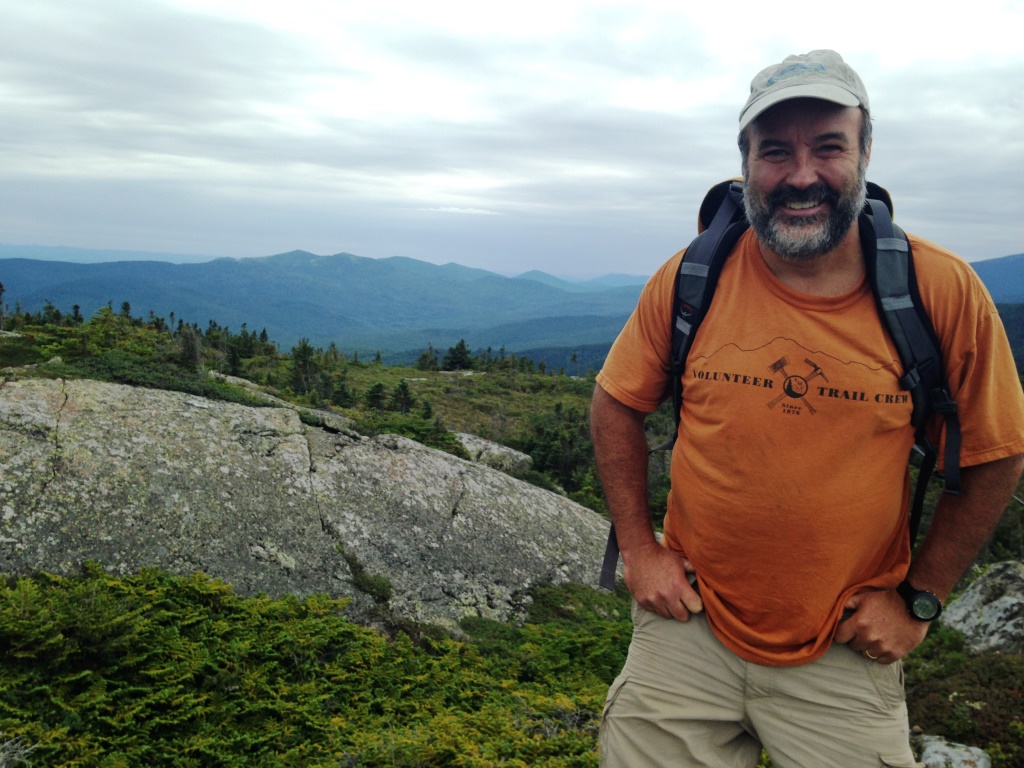 Eventually we got to the top where again we had 360 degrees views, looking back toward Moriah (left) and to the Wild River valley to the south (right). 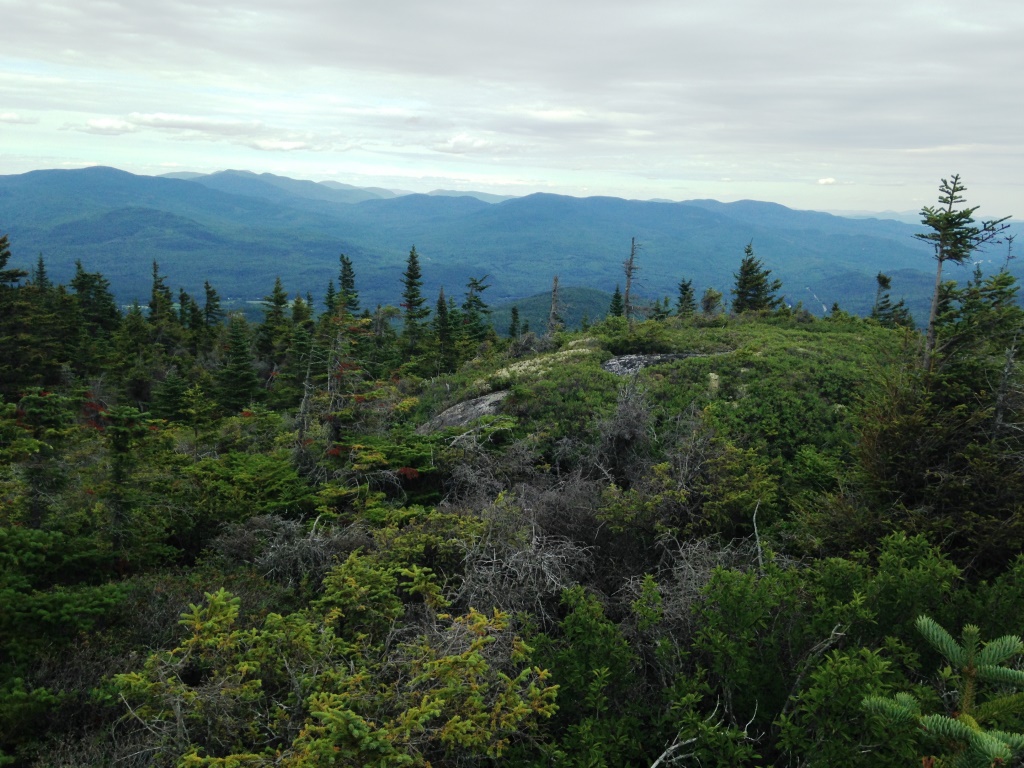 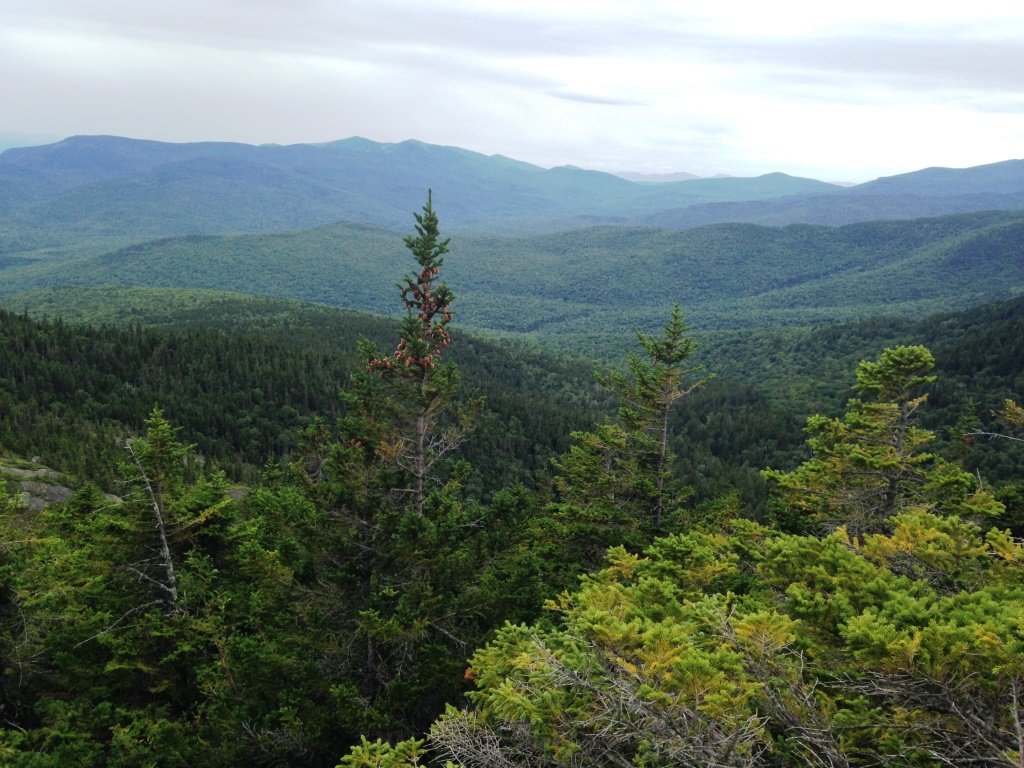 After the top we continued eastward on the Kenduskeag Trail, which dropped precipitously to a wild col and then went back up to two successive knolls where we again had great views, east towards the mountains of Maine (left) and south again to Wild River (right). By that time we were pretty sure we were in a place where no one ever goes. We went down on the Shelburne Trail, which is wild and beautiful except that the last three miles are on a fire road. We did not like that too much. But that got us back to Route 2 from which we hitch-hiked a ride back to the car from a kind Forest Service ranger who was just coming back from the Baldfaces.