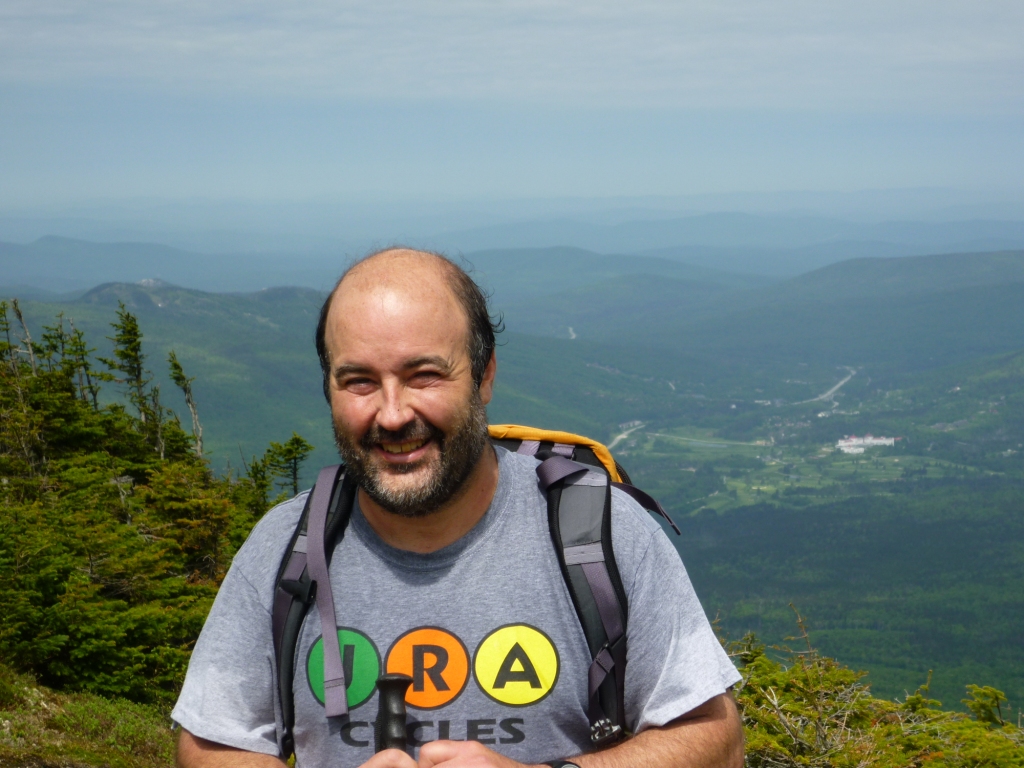 This was Peter Wyatt's first hike of the season and a nice day with summits in the clear, so we went to Mt. Pierce for an easy opportunity to get above treeline. We took the Crawford Path up, cut by the Crawfords in 1819 and the oldest continuously used footpath in North America (so the plaque says). It's a well-graded trail but very rocky (left) so not as easy as one might think. I presume that the rocks are intended to reduce erosion. At about 4,000 ft. we broke into the open and had a view of Bretton Woods with the ski area (right). There was one very last patch of snow on Bode's Run (blow up the picture and look to the left of my head). 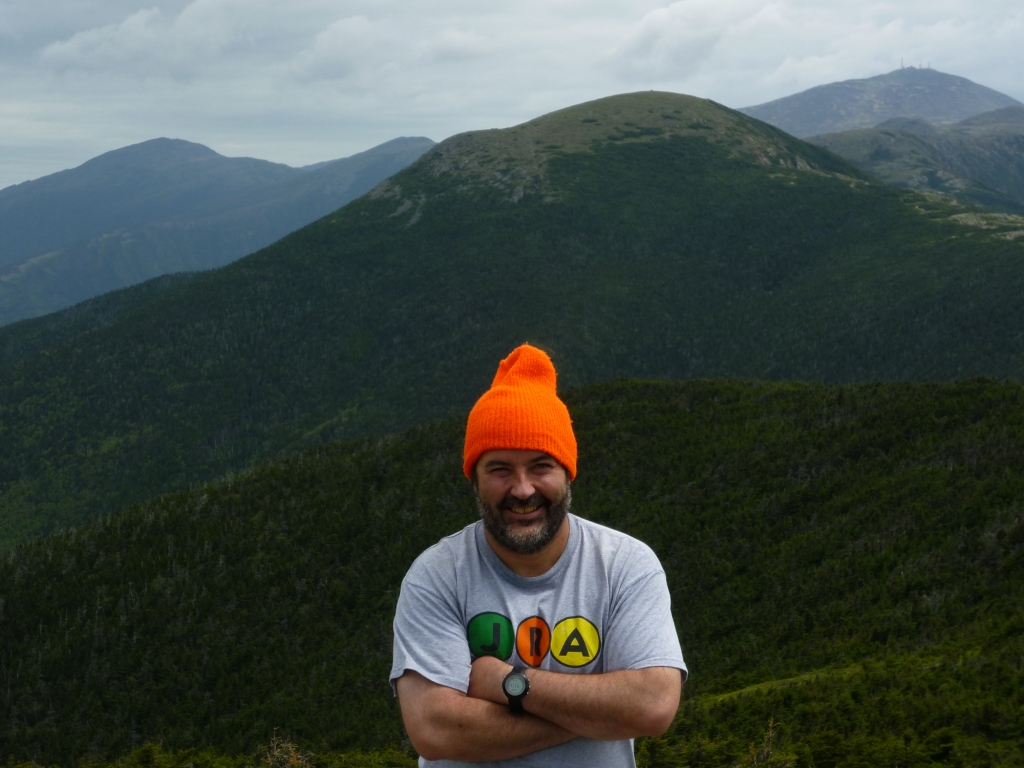 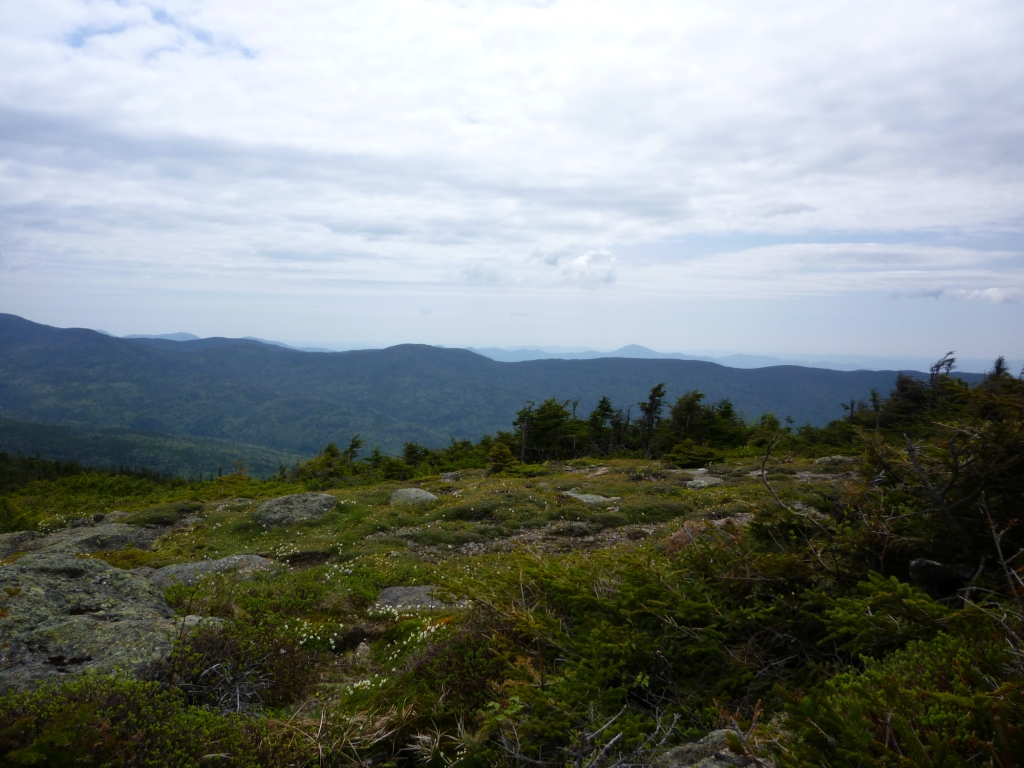 As we rounded the north side of Pierce we turned right on the Webster Cliff Trail to finish the climb. The ledges on the north side of Pierce offered a beautiful 180 degrees view. Straight to the north the view encompassed Mt. Eisenhower and the Presidentials Range (left). To the right we had a view of the Montalban Ridge with Mt. Isolation and Mt. Davis (right). Even at that low elevation (Mt. Pierce tops at 4,312 ft.) the rocks were covered with above-treeline tundra, including pretty white flowers in bloom. 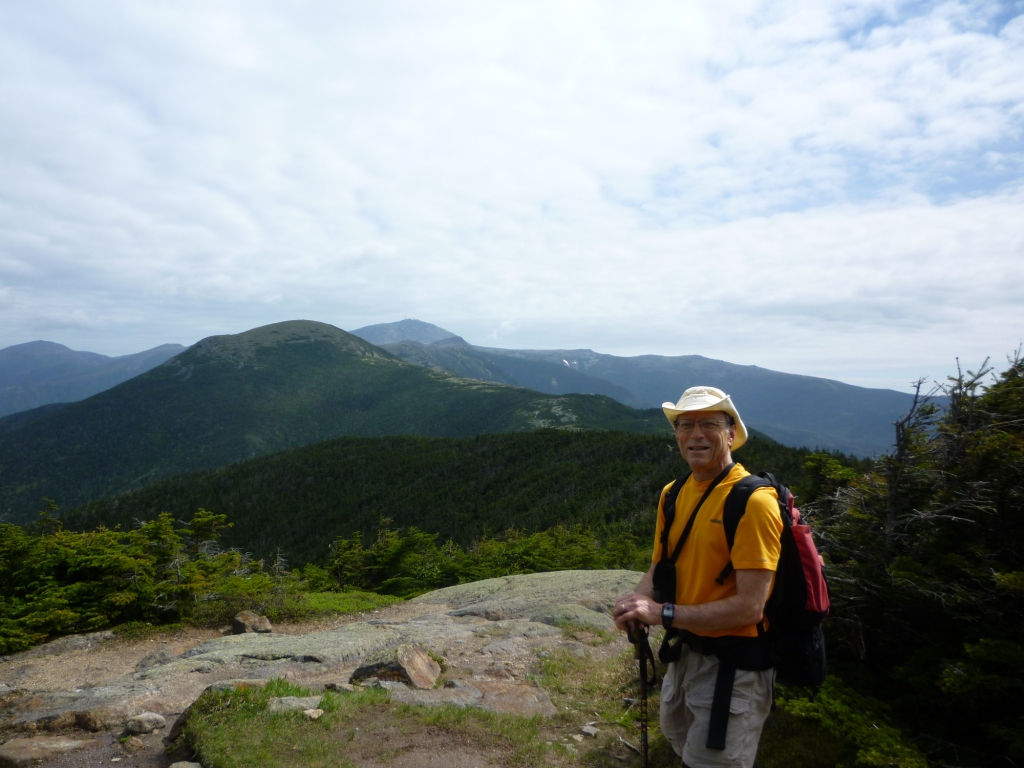 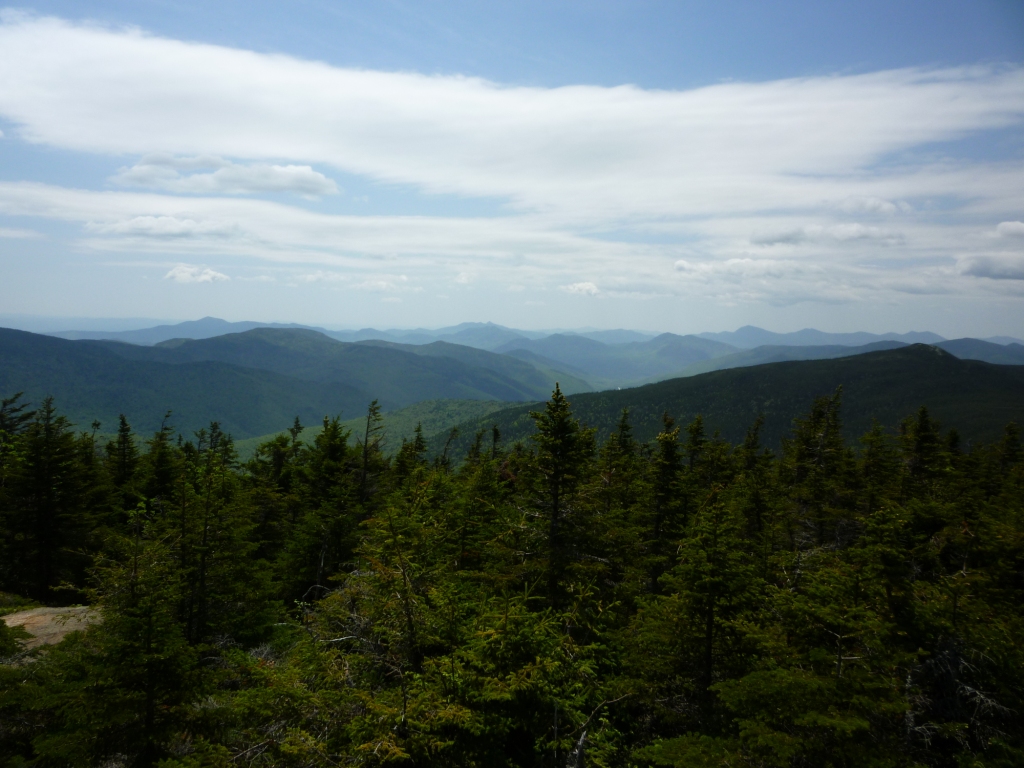 Mt. Pierce has a 360 degrees view but it's not all from one spot. From the northern ledges mentioned above and the top itself (left), you have a 180 degrees view to the north but the south is blocked by scrub. Notice on this view the last patches of snow in Oakes Gulf to the left of Peter's head. Last time Peter and I visited Pierce we returned north to complete a loop with Mt. Eisenhower (see report of May 3, 2009 hike, with a lot more snow!). This time we continued south on the Webster Cliff trail, which took us along nice ledgy terrain to a secondary summit on the other side of Pierce with an expansive 180 degrees view to the south (right). 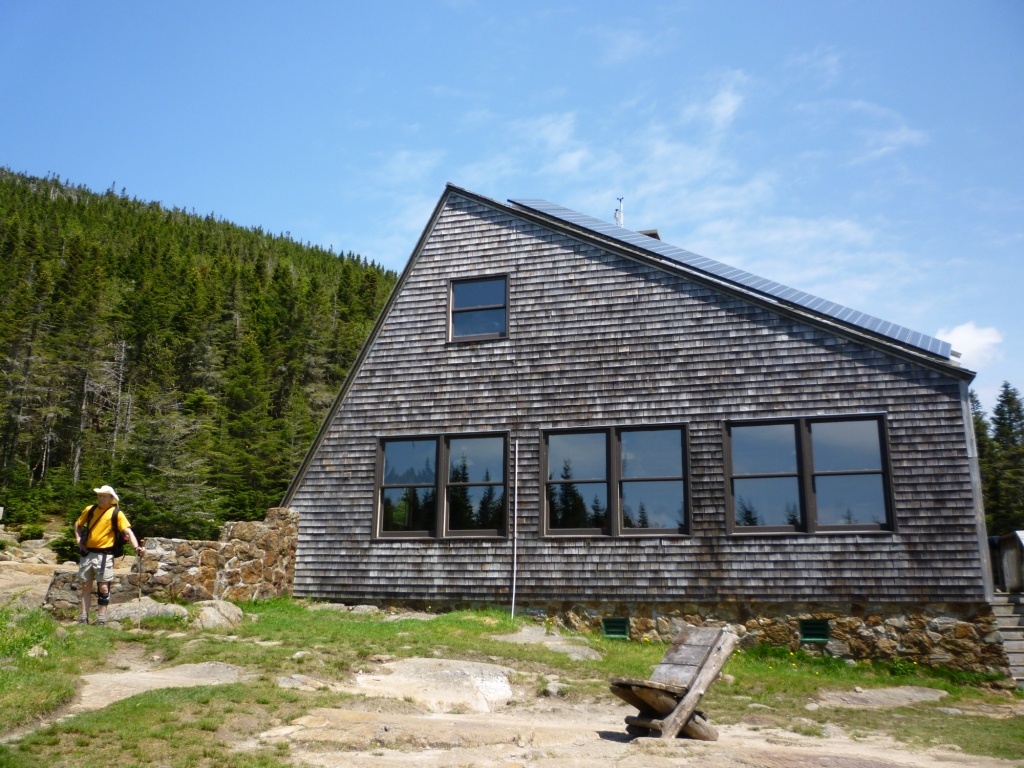 As we walked along the ridge of Pierce we noticed a number of small green boxes along the trail with cameras pointing down to the alpine flowers and with signs "Research - do not disturb" (left). We continued down to Mitzpah Hut, which was not open yet (it would open June 2), and talked to the crew getting the hut ready. They told us that this research was part of the AMC program, to be led by a naturalist resident at the hut. I was surprised that they would put the cameras right on the trail - this gets a lot of use in the summer and "do not disturb" may be a pipe dream (already one of the cameras has Peter's face on it as he tried to figure out what was inside the green box). But maybe the idea is for hikers to notice the research - and we sure did. After the visit of Mitzpah Hut (right), we took the Mitzpah cutoff back to the Crawford Path and from there down into the summerlike heat.