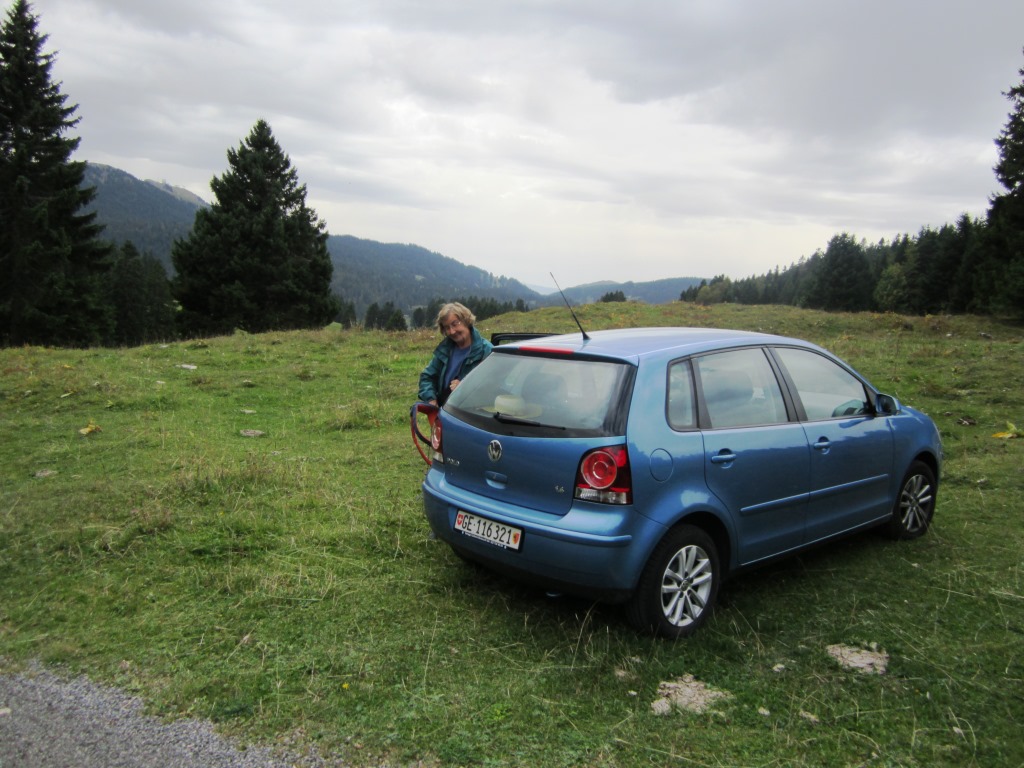 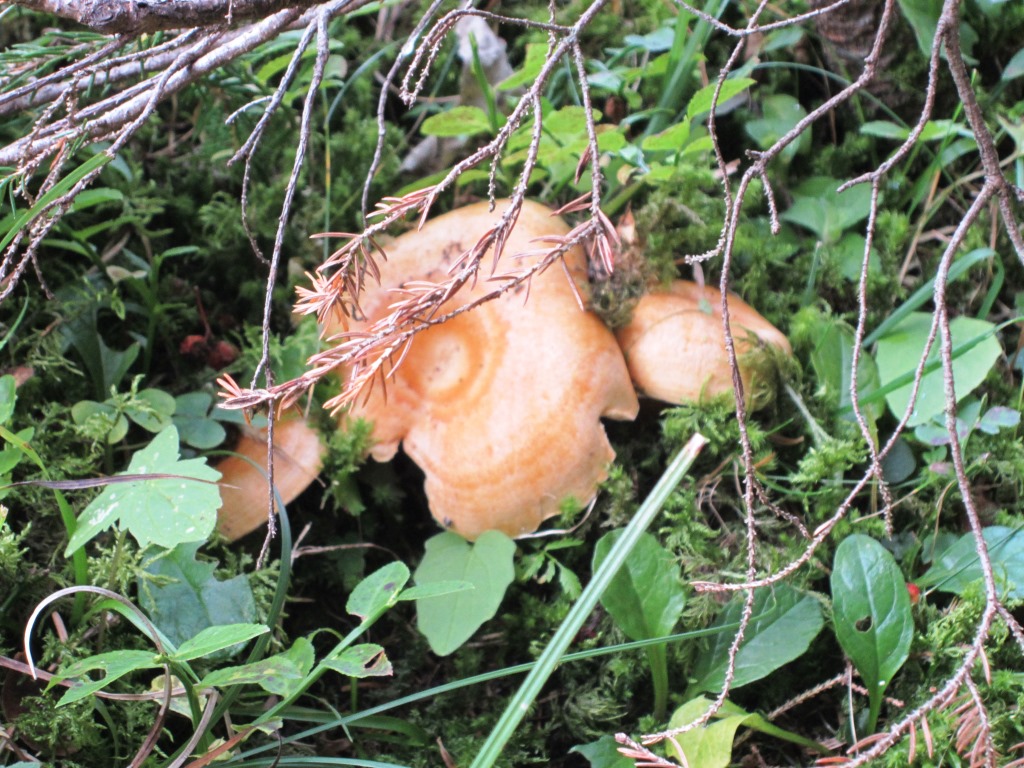 On the weekend of 28-29 September I was in Geneva for a conference and an excuse to see my mom. We went to our old mushroom-picking haunt in the Jura mountains (left) and found a good load of saffron milkcaps (lactaires delicieux) (right). Wonderful childhood memories. 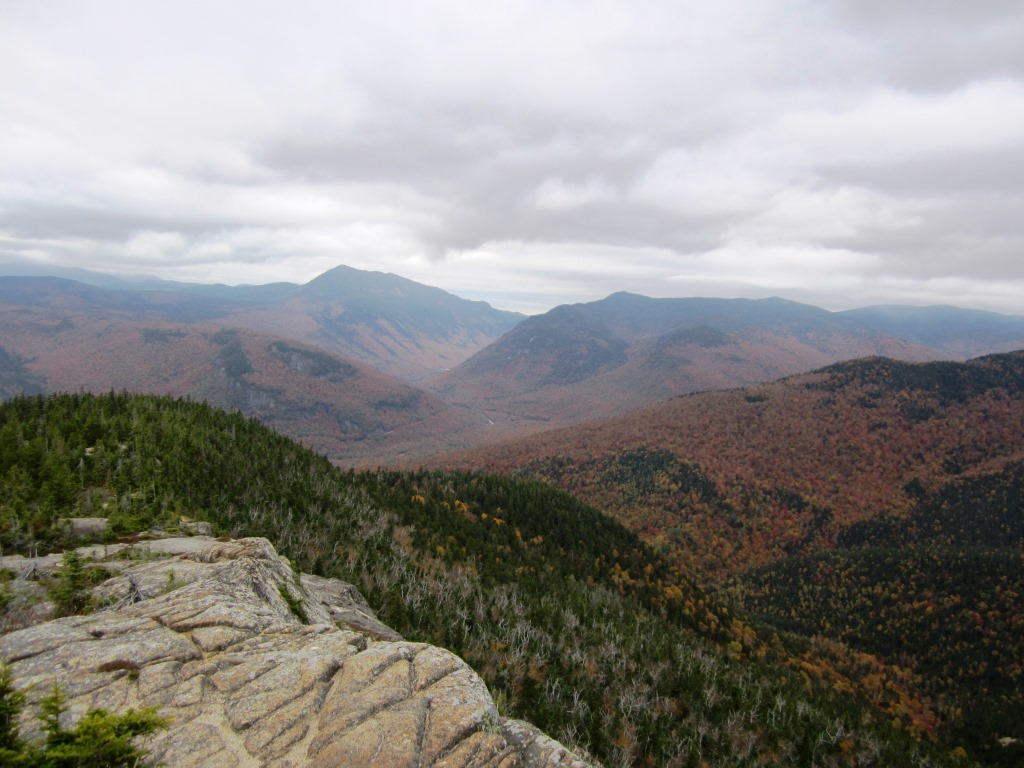 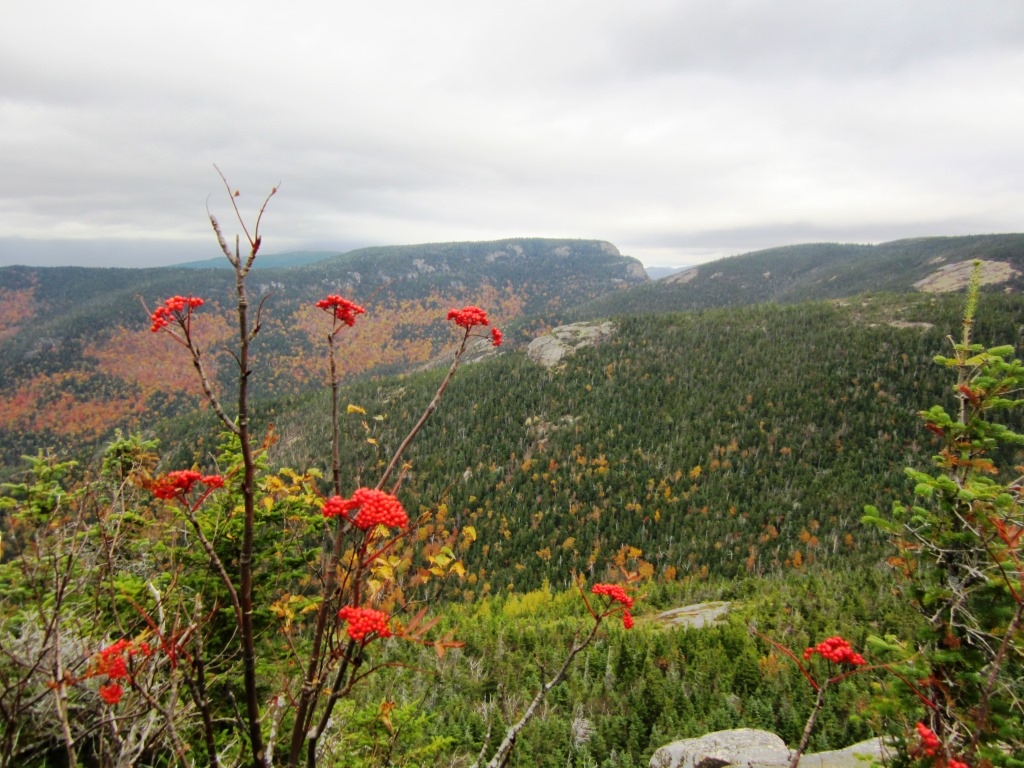 The following Saturday I was back in the White Mountains. Roger, Peter and I had time for an afternoon hike and headed up to Mt. Crawford and Mt. Resolution to see the colors. By now the colors were mostly gone in Bretton Woods (1.700') but they were at peak after dropping down on the other side of Crawford Notch (1,000'). I highly recommend Mt. Crawford as a short hike (4-h roundtrip) to see fall colors. You get a fantastic 360-degree view at the top and the mountain is low enough (3,100') that you have good view of the foliage. Here's the view looking towards Crawford Notch (left) and Stairs Mountain (right). The mountain ash had their bright red seasonal berries. 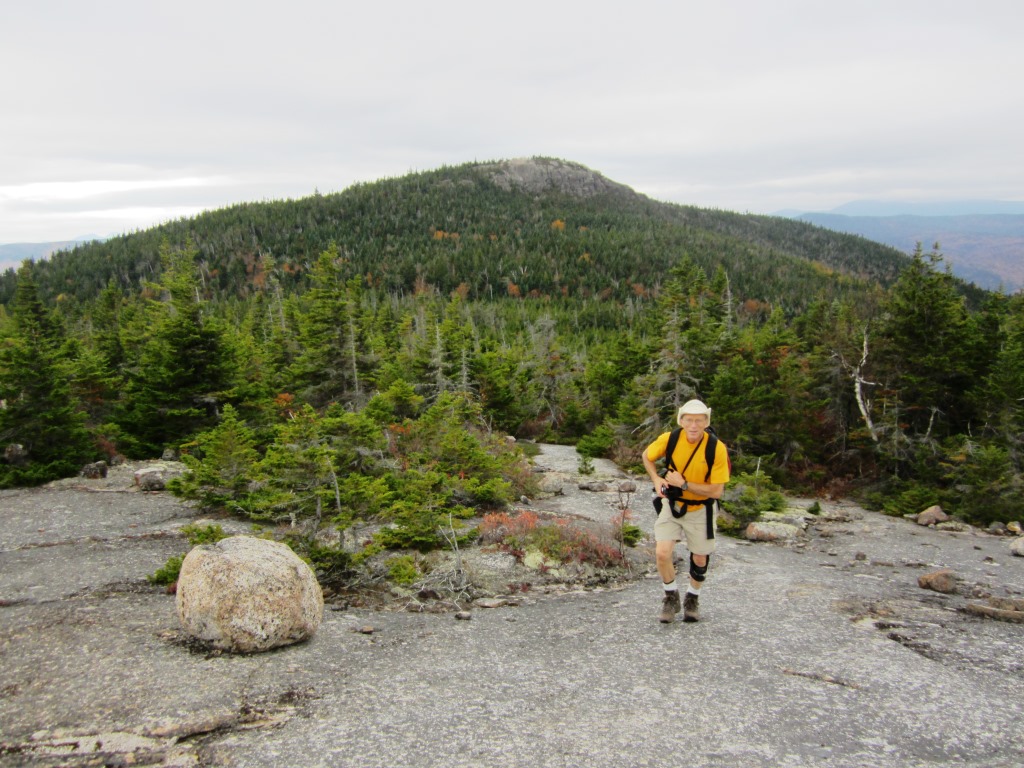 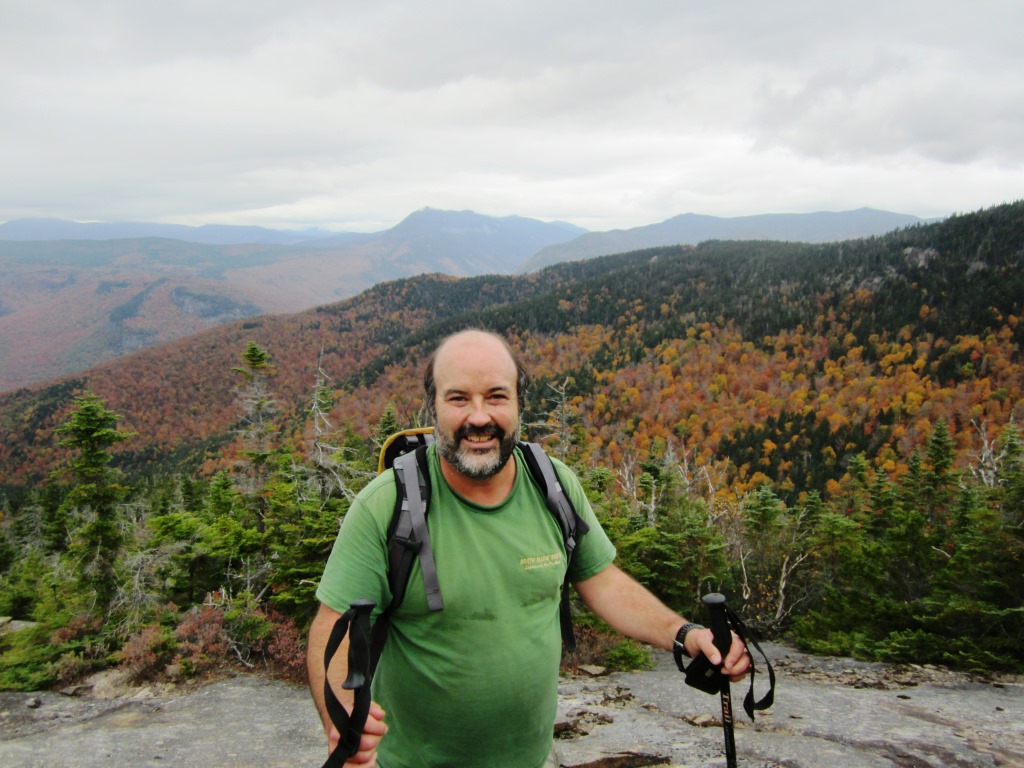 From Crawford we continued on the Davis Path toward Mt. Resolution. I really love this part of the Davis Path because it goes over ledgy terrain with open forest and a number of lookouts (left, looking back to Mt. Crawford). Eventually we got to the intersection with the Parker Mountain Trail and took it to climb to the ledges of Mt. Resolution again with great views (right). 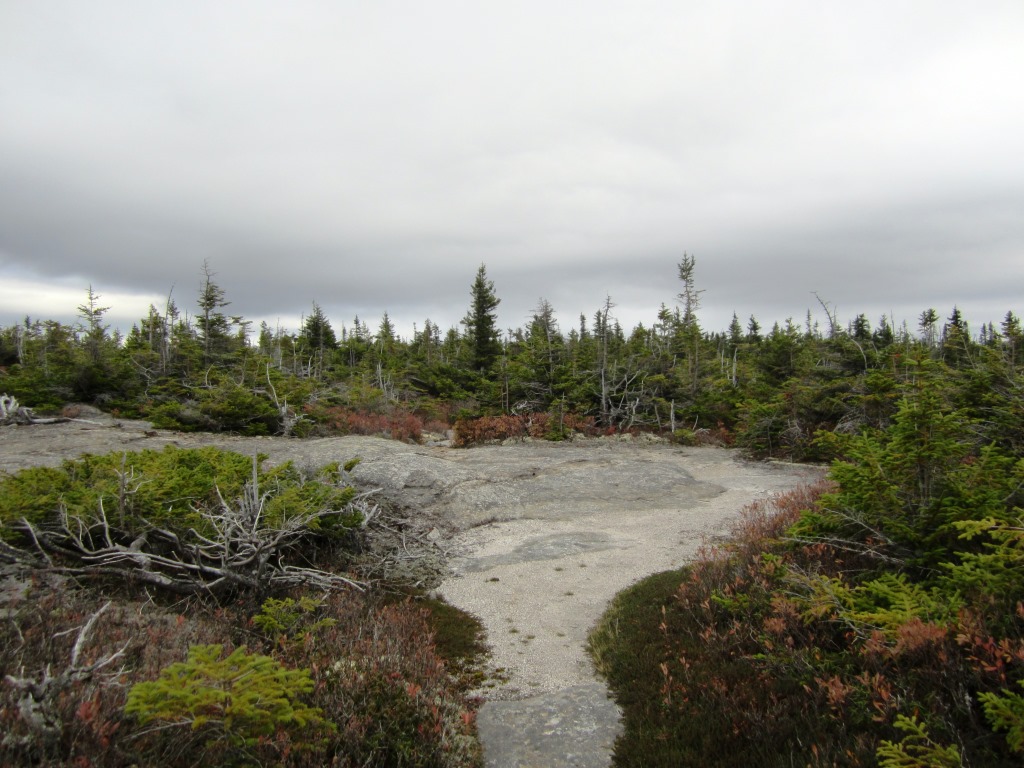 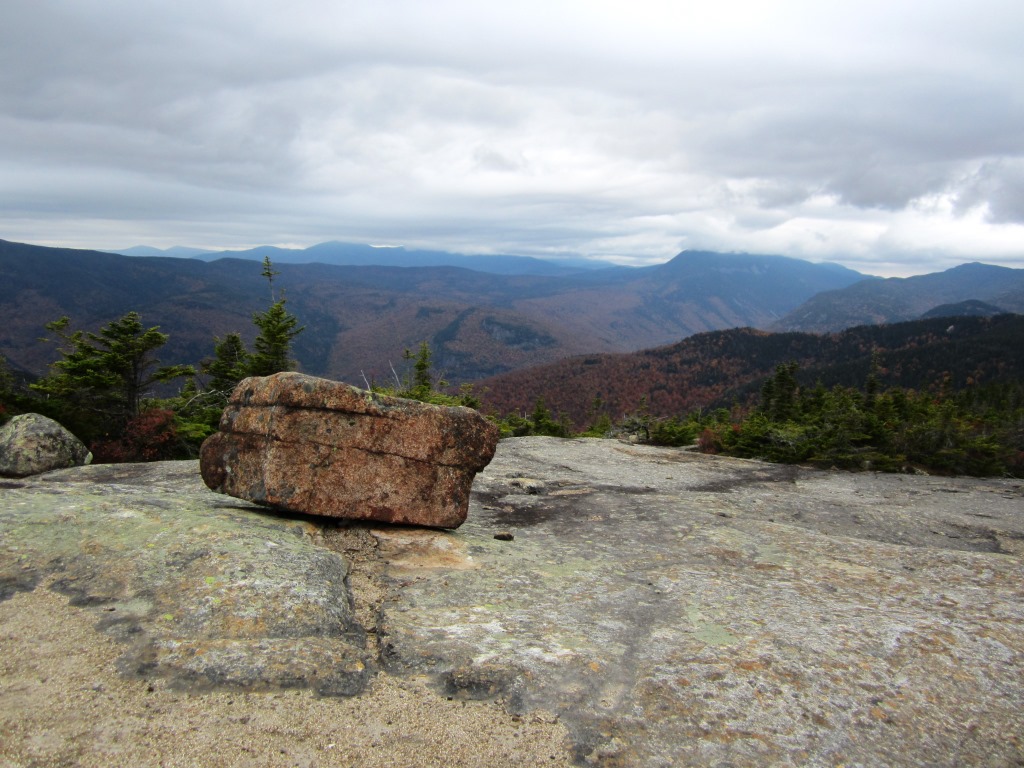 At that point Roger turned around but Peter and I continued for 20 minutes on the Parker Mountain Trail to get to the top of Resolution and explore a bit. The top is really a ledgy height-of-land with beautiful stunted spruce forest (left) and with a distinguishing square rock (right). 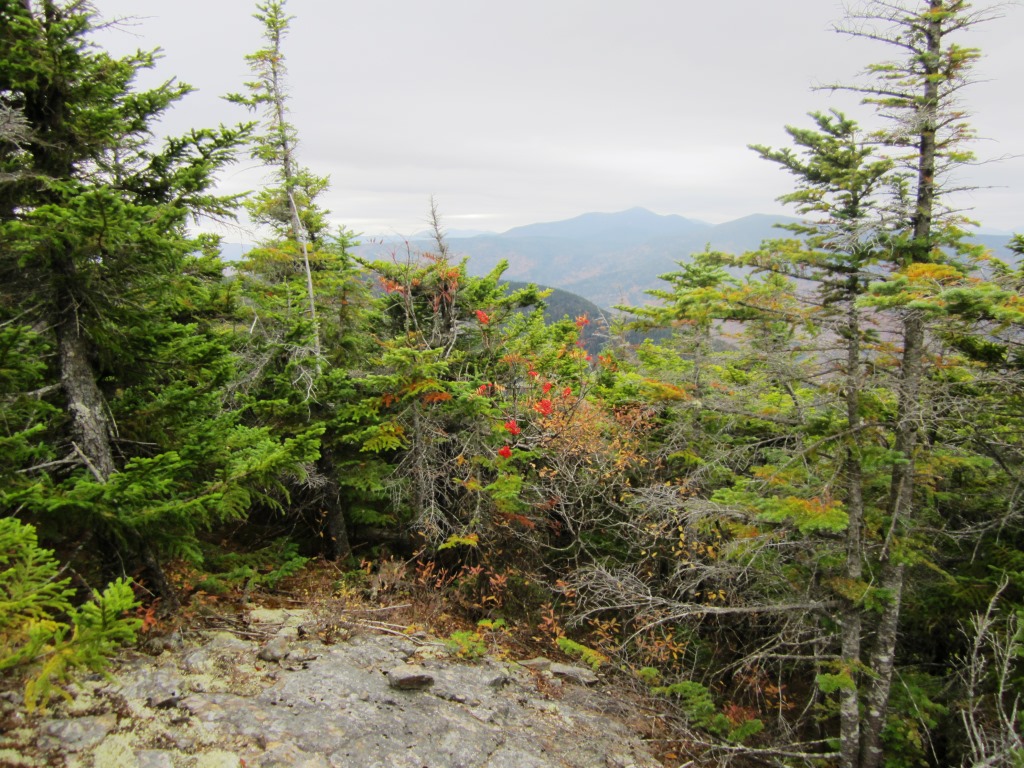 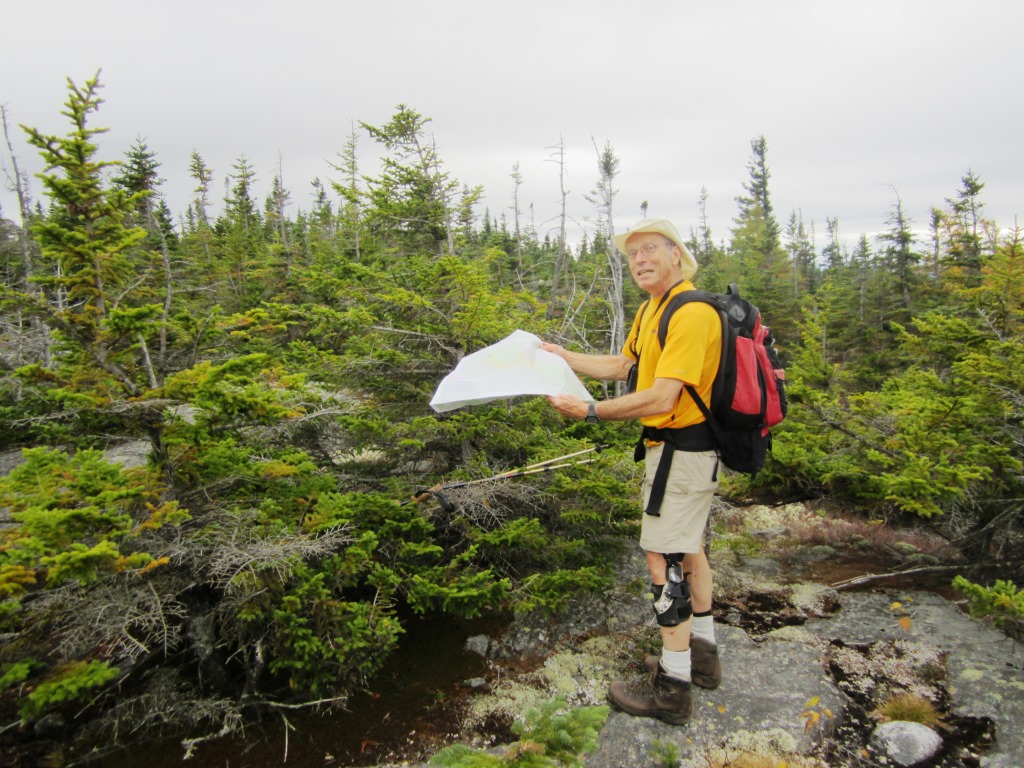 At that point we couldn't find the trail for the longest time. We ventured in different directions that looked like trails and where people had obviously gone and even built small scree walls (left) only to see them peter out. We really scratched our heads over this and the map didn't help us (right). Finally we saw a faint yellow mark just before the square rock and found the trail going down. As Peter pointed out, it was particularly hard to find because it was not logical - one would expect the trail to stay on the height of land. In any case, we were satisfied that we had conquered Mt. Resolution and red-lined some of the Mt. Parker Trail, and returned quickly to meet up with Roger almost back at the trailhead. 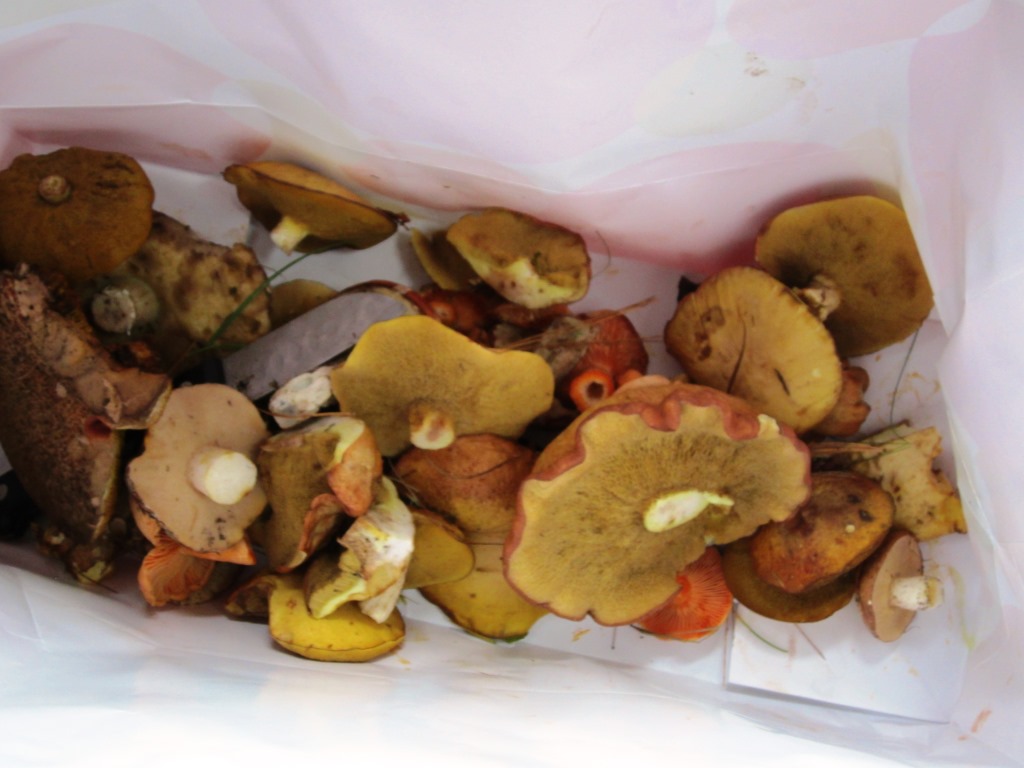 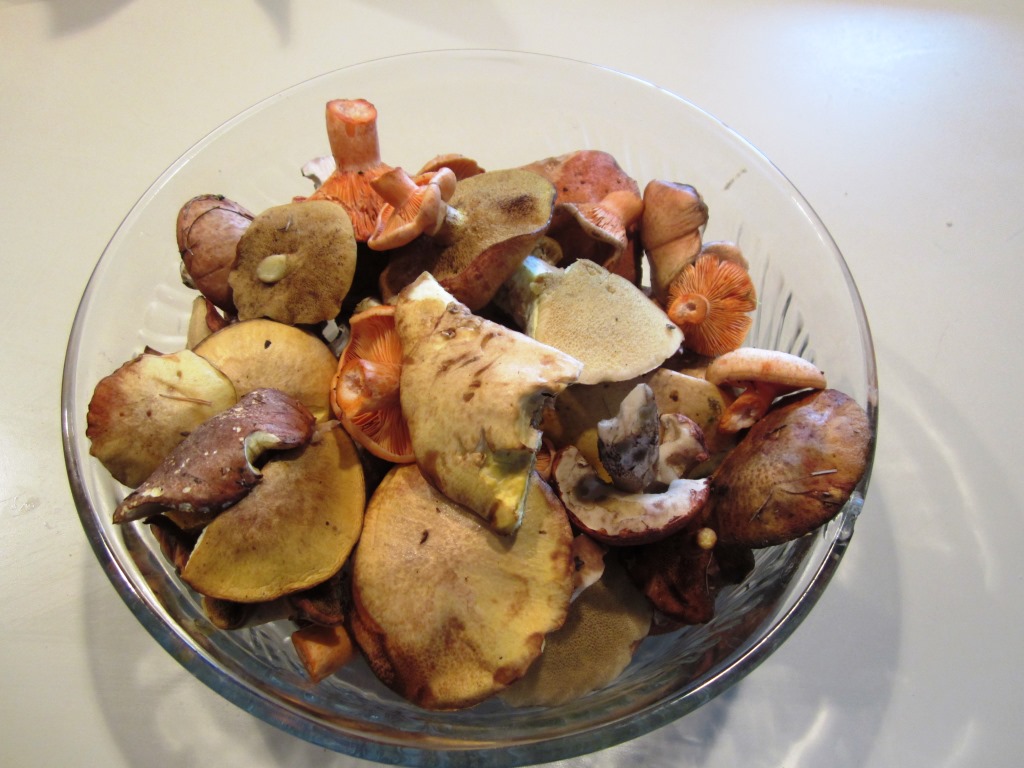 The following day Janice and I went mushroom-hunting on the Mt. Washington Place grounds and found in less than an hour a basket of saffron milkcaps and boletes. I'm thrilled that I finally got to know my local mushrooms. Actually they're the same as the ones I picked in Switzerland when I was a kid, but there's much less competition here as no one picks them!