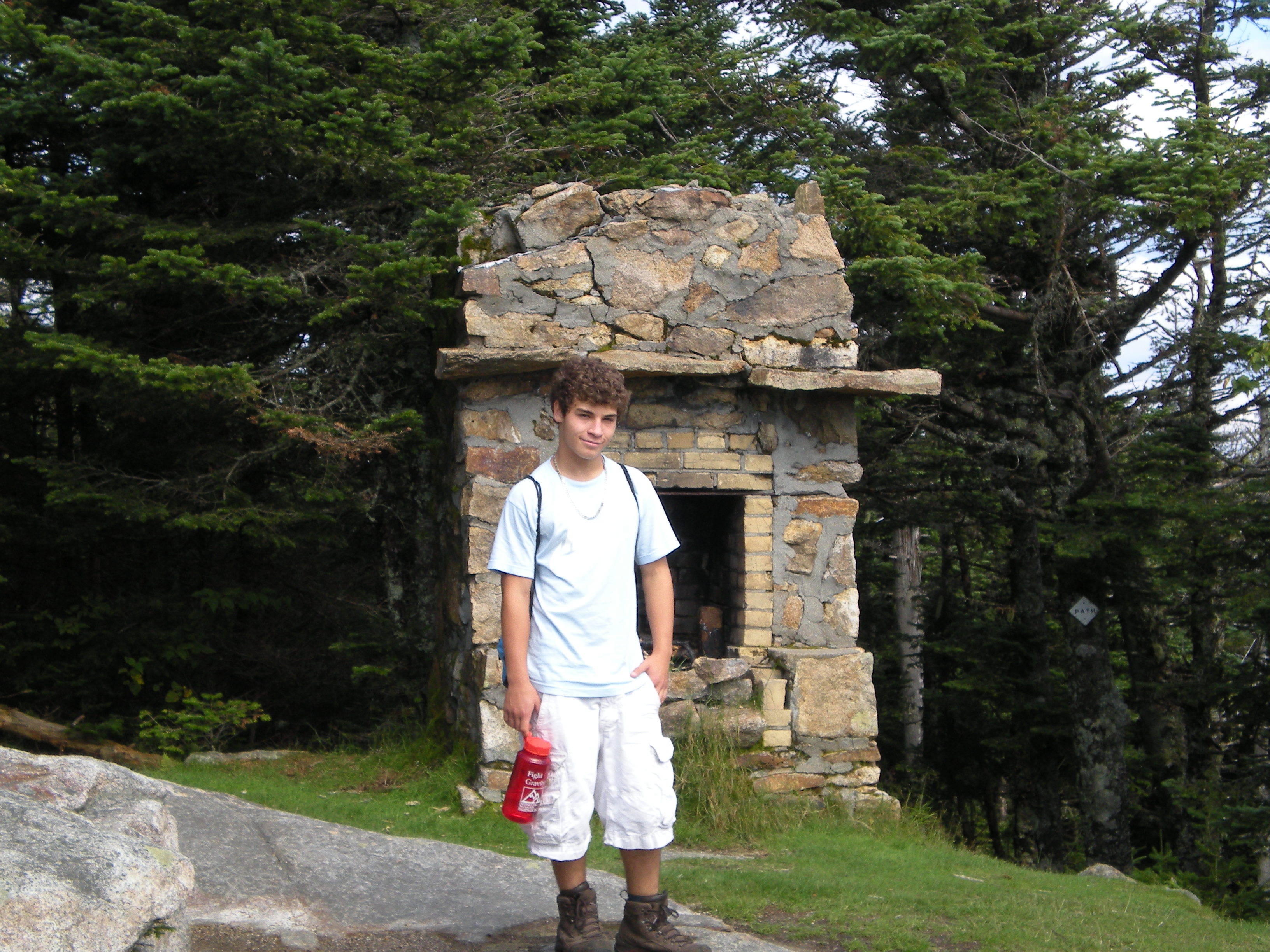 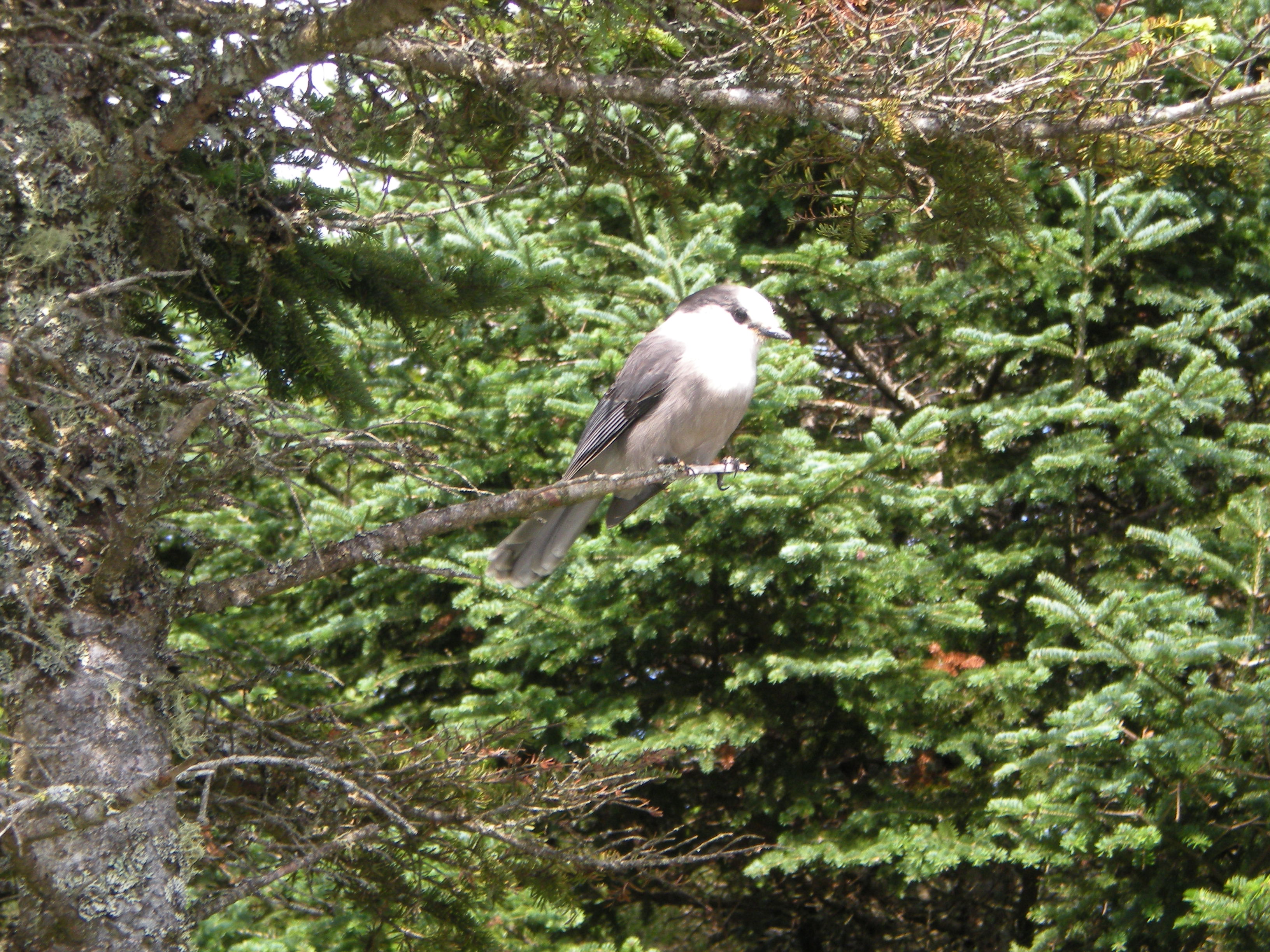 My son Alex (Richard) is on a venture to do all the 4,000 footers of New Hampshire and I couldn't be more thrilled to accompany him in his quest. Today the weather wasn't great so it was a perfect time for Mt. Waumbek, a 4,000 footer with exceedingly modest views. We took the Starr King Trail from Jefferson, which is a really nice and well-graded trail up to Mt. Starr King and from there along the Pliny Ridge to Mt. Waumbek. The top of Starr-King (which doesn't quite make it as a 4,000 footer) features the chimney in ruins of a 19th-century hut (left). It also has a population of grey jays (right) ready to join lunch. Unfortunately all we had to offer them were M&Ms, in which they showed only a moderate interest. 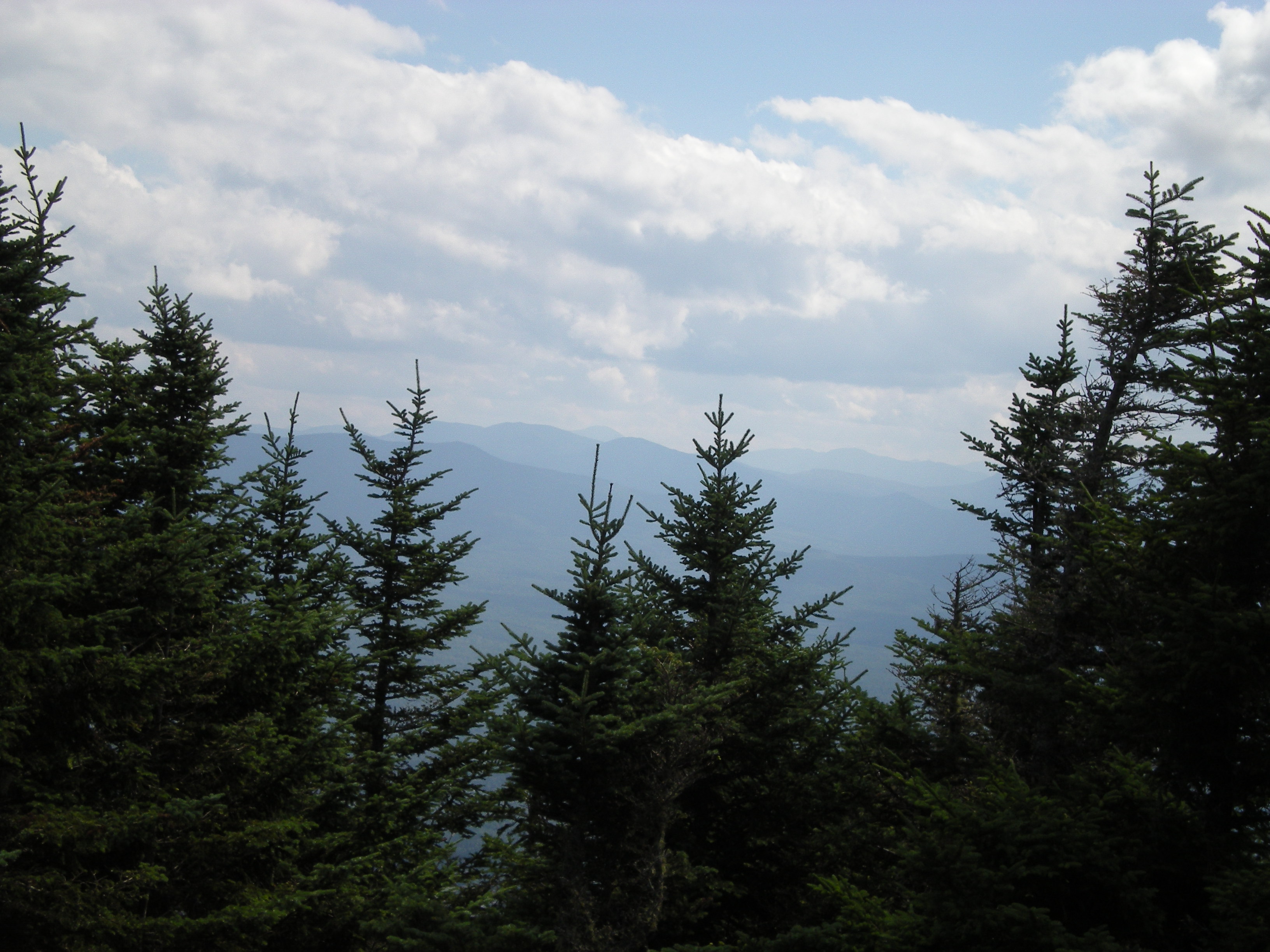 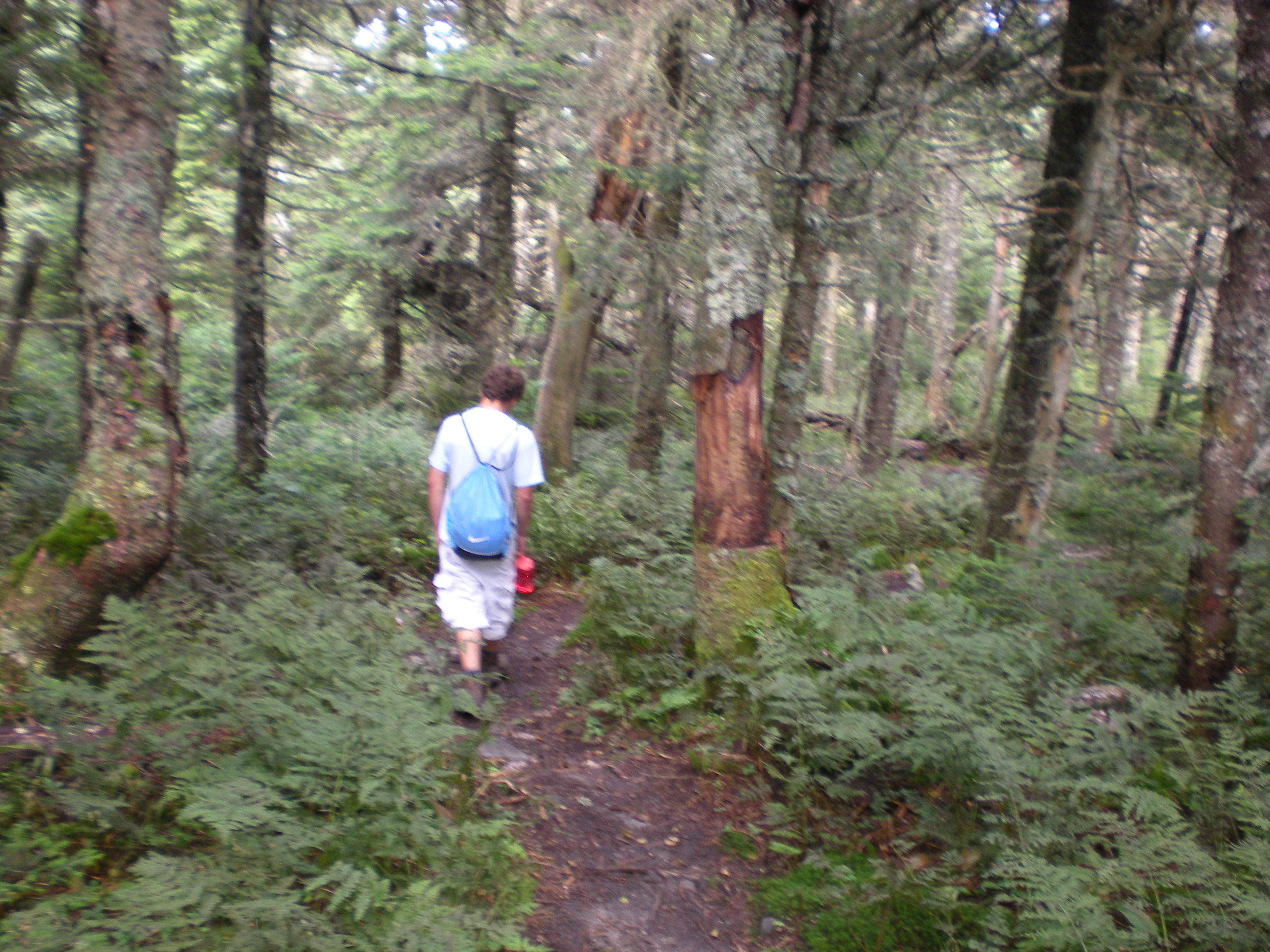 Starr King apparently used to have fanastic views from the hut looking South toward the Presidentials, but these have been obscured since by tree re-growth and what's left is really limited (left). A good blow-down would help. The ridge from Starr King to Waumbek is essentially flat and in a beautiful open forest of struggling conifers with moss hanging from the branches (right). There's the same kind of forest on Martha's Mile ridge walk between Mt. Martha and Owl's Head just west of Bretton Woods. Evidently these elevations on the NW side of the White Mountains get plenty of wind and rain... 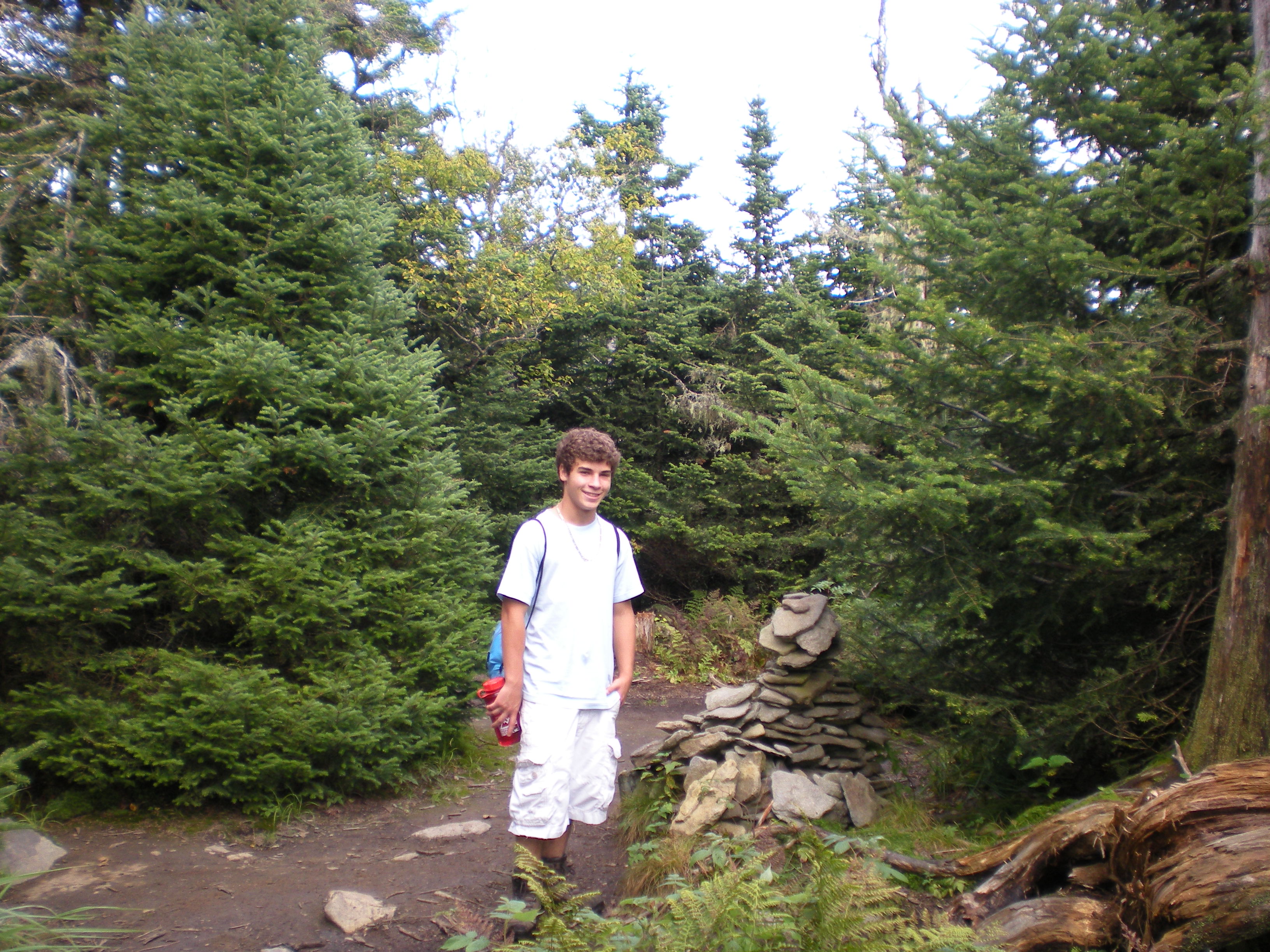 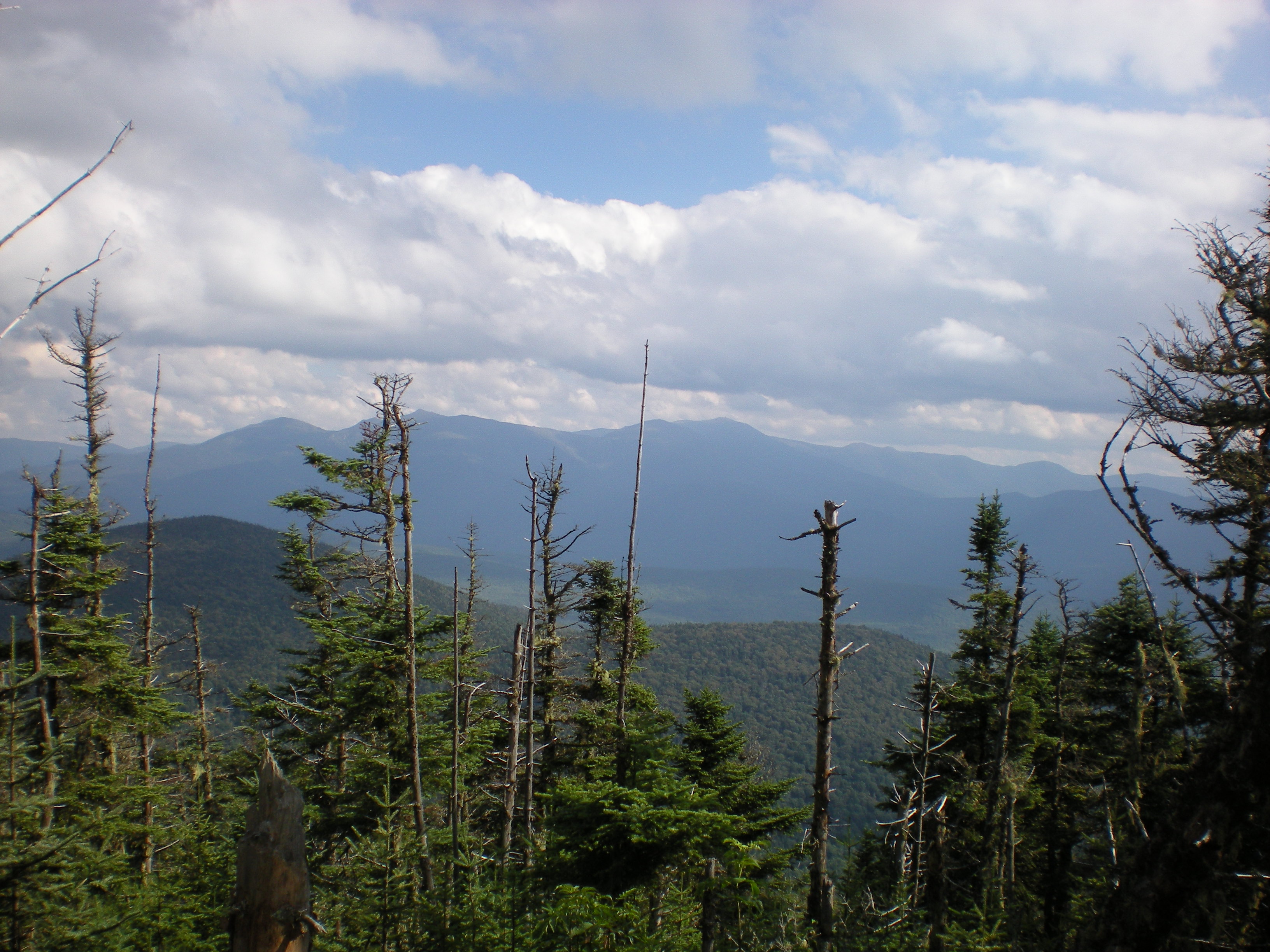 Reaching Mt. Waumbek is indicated by a cairn (left), otherwise you really wouldn't know. To get some views you need to walk another 1/4 mile on the Kilkenny Trail, and there we got a nice outlook toward the Presidentials (right) which was the best view of the day. I now understand better the logic behind encouraging folks to bag all 48 4,000 footers - it gets them to explore trails that otherwise would get little attention. And so with Mt. Waumbek Alex has now bagged 24 of the 48 - the magical halfway point!