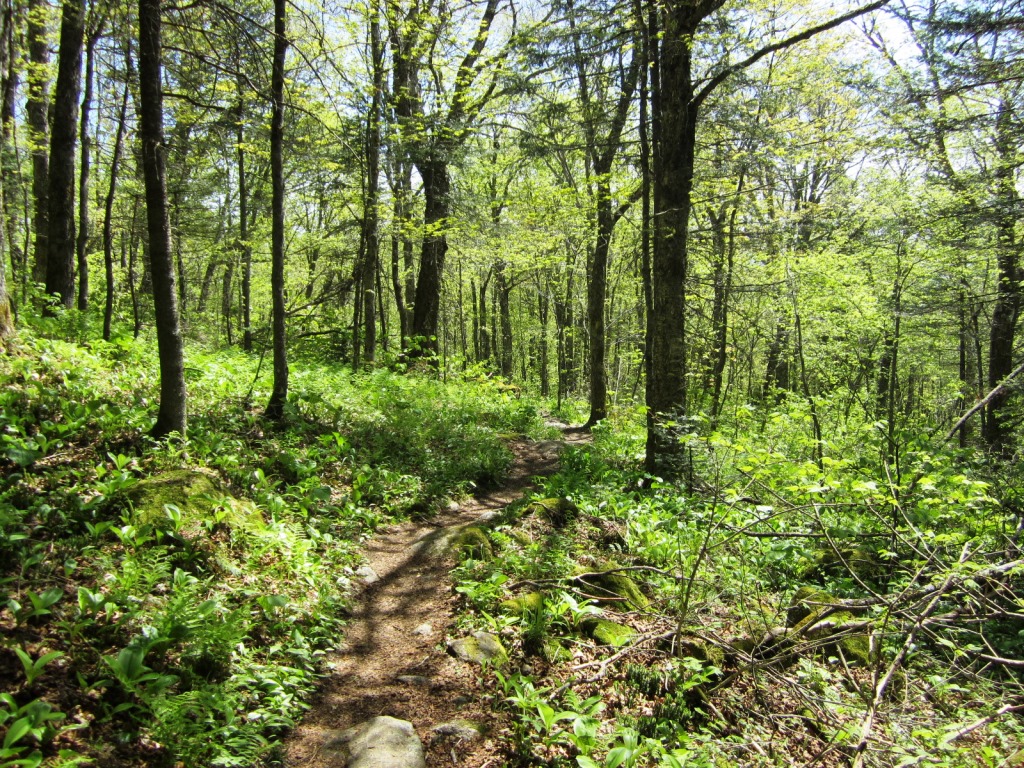 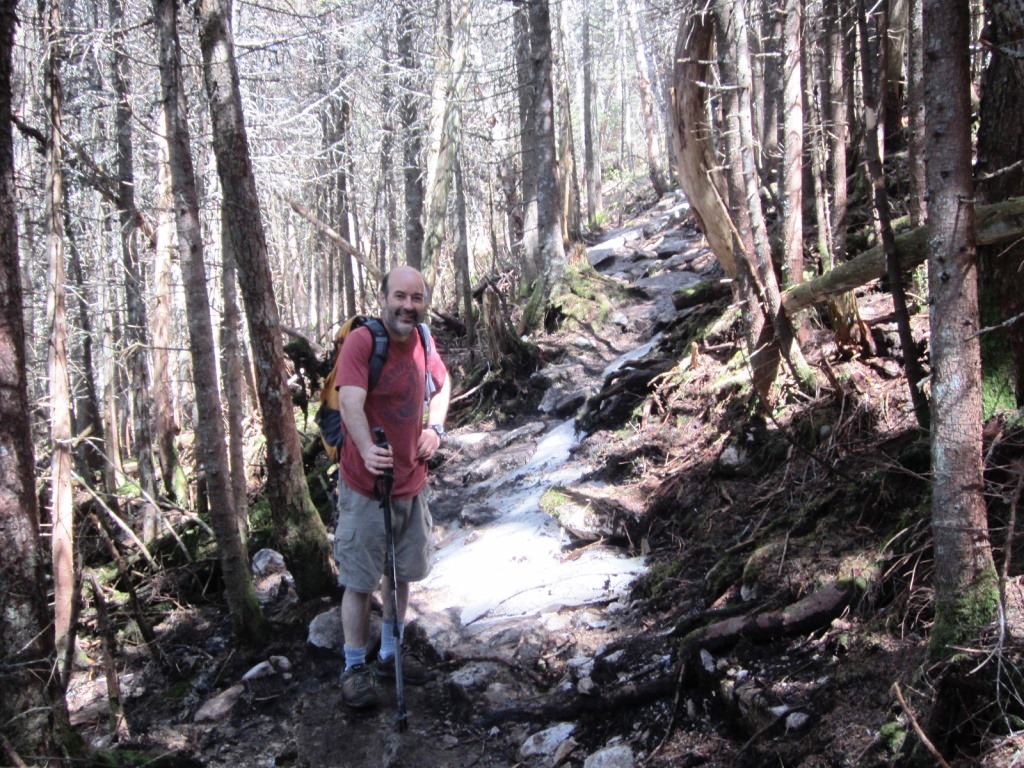 Roger had never climbed Mt. Waumbek before and I was happy to see him get serious about doing all the 4,000 footers so I joined him on this fine June day. The climb up Starr King and Waumbek is really mellow, a moderate grade through a beautiful forest in the lime-green color of late spring. At 3,500 feet we found a large slab of ice on the trail (right). That was the only snow we saw on the trail all day. 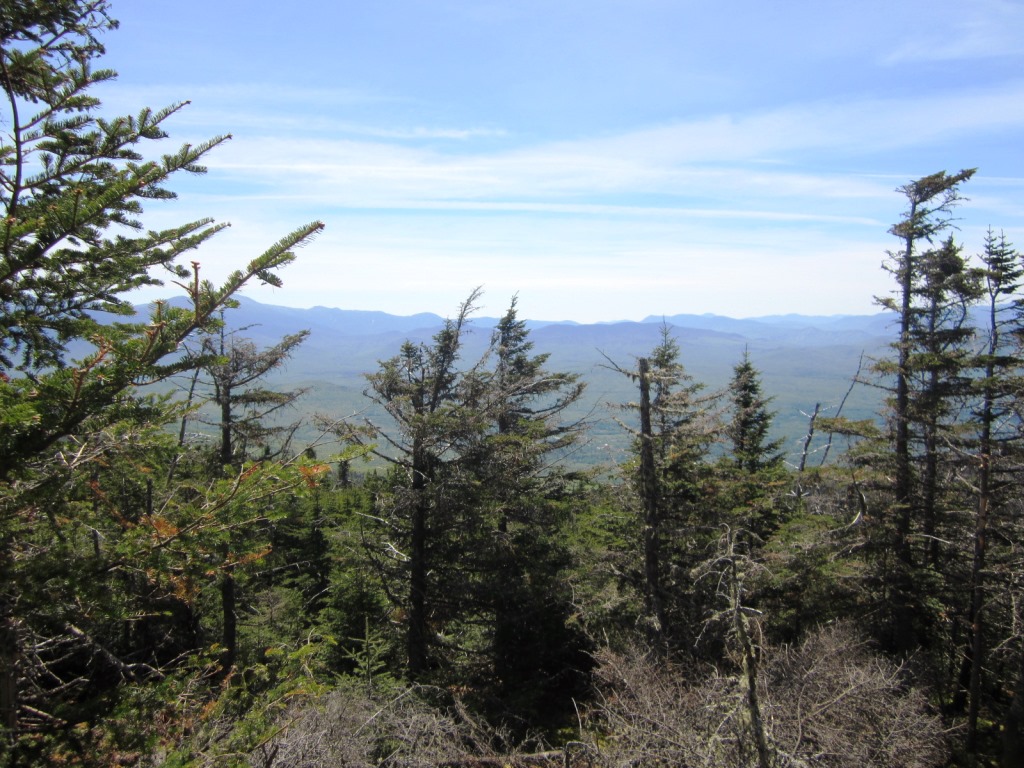 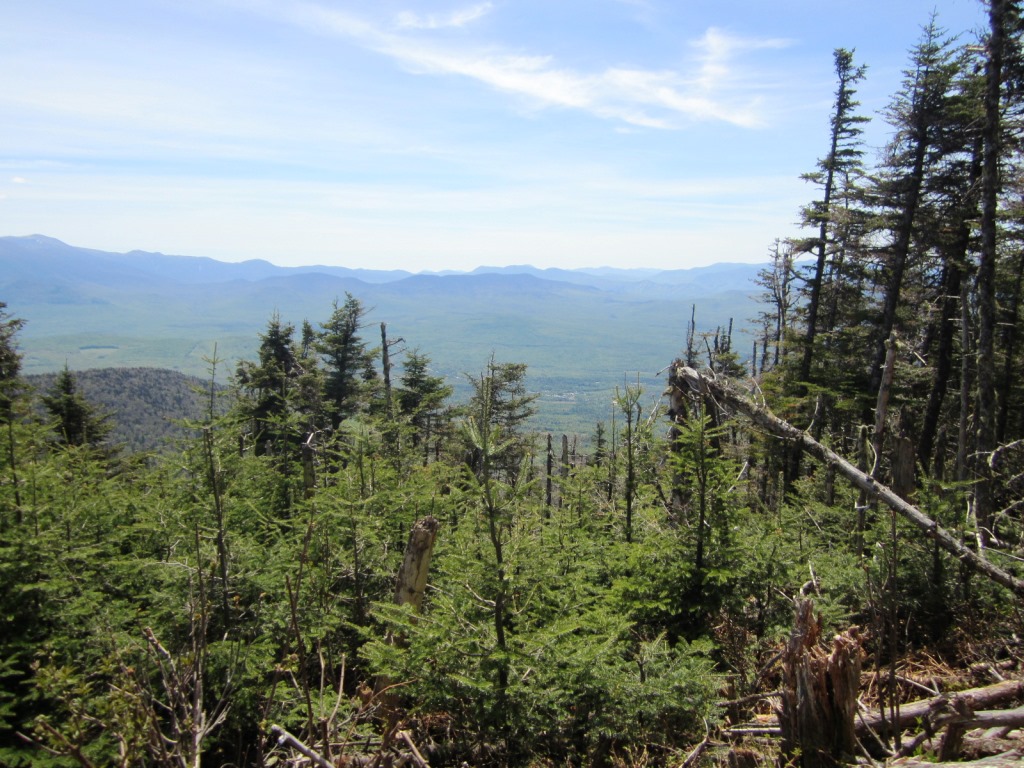 The guide is not very encouraging about the views from Starr King or Waumbek, and when I last did that climb with my son five years ago we found the views to be even more limited than advertised. So I was pleasantly surprised to get a reasonably impressive view towards the Presidentials from Starr King (left). Closer inspection showed that the view was a result of aggressive chain-sawing and I was thankful for that - it's not like we're lacking for trees in the White Mountains, but views are something else. From there we pushed to Waumbek along the Kilkenny ridge and I thought that would be it for views, but again the limited viewpoint past the summit of Waumbek had been cleared to give magnificent views (right), though somewhat similar to Starr King. From the Waumbek viewpoint we looked down on Bretton Woods with a few last patches of snow. There were also patches of snow on the Presidentials. 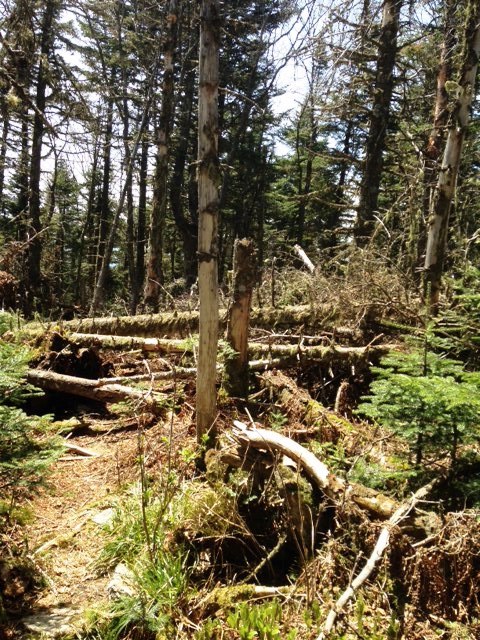 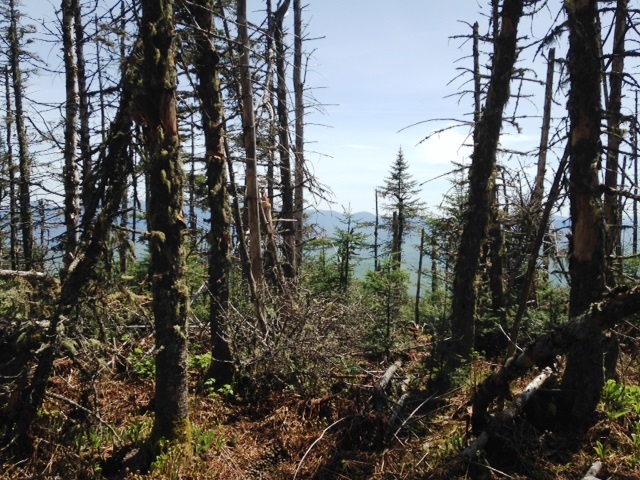 At that point Roger turned around and I continued along the Kilkenny Ridge trail, which I had never done before. It is about 20 miles long and intended for backpackers. I had no particular destination in mind, just wanted to see what it was like. Unlike the trail to Waumbek which is wide and very well maintained (4.000-footer oblige) the Kilkenny Ridge trail was narrow and a mess of blowdowns (left) and full of moose poop. There aren't really any views but you stay on top of the ridge which makes for nice fairly level walking and occasional glimpses through the trees (right). After 30 minutes of that I turned around, and raced down from Starr King to catch up with Roger in the parking lot. My quads were seriously sore for the next three days from the racing down - time to get these hiking legs in shape.