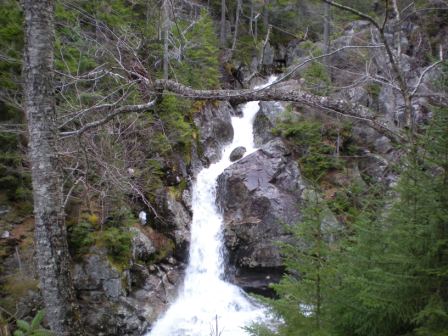 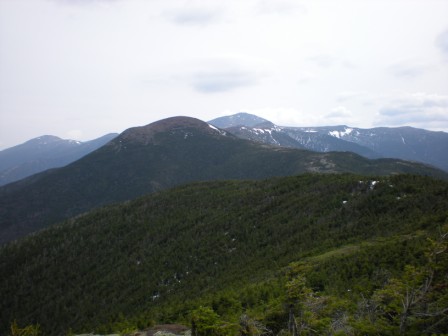 On Sunday May 3, 2009, Peter Wyatt and I set off to climb Mt. Pierce and Eisenhower by going up the Crawford Path and down the Edmands Path. Shortly after leaving the Crawford parking lot we hiked past beautiful Gibbs Falls (left), full of water this time of year. At about 2500' we started having persistent snow on the trail -Peter put his insole crampons and I put on some slip-on studs (which didn't work that well). Crawford Path being heavily used in winter, the snow in the middle of the trail had been packed to form a steep ridge that we had to follow carefully, since the snow to the side was soft and could swallow you up to your hip. After passing the Mitzpah Cutoff we started getting views, and at the top of Pierce we had a great view of Eisenhower and the Presidential Range beyond (right). 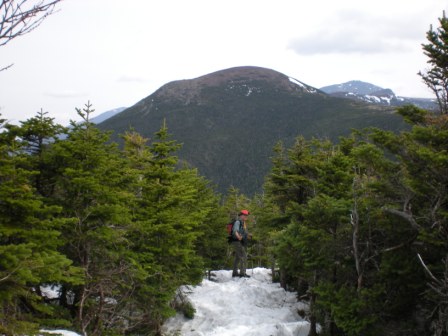 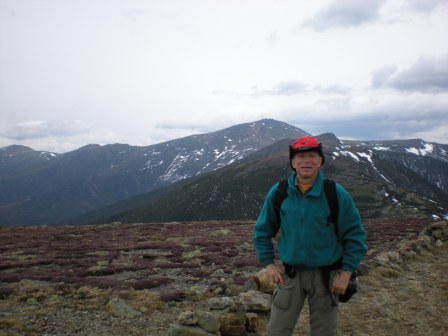 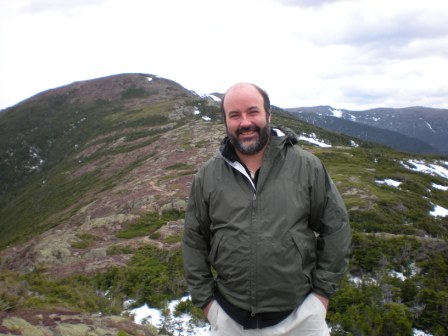 After that it was down to the pass between Eisenhower and Monroe (that's me at the pass), and down the Edmands trail. Edmands was tricky at the beginning as it followed a slant path around the mountain, with all the snow it was hard to get a grip and the best thing to do was to hold on to the branches of trees to progress forward. At the bottom of Edmands we met a nice fellow who drove us back to the Crawford parking lot and spared us the 2 mi hike along Mt. Clinton Road. A great day!