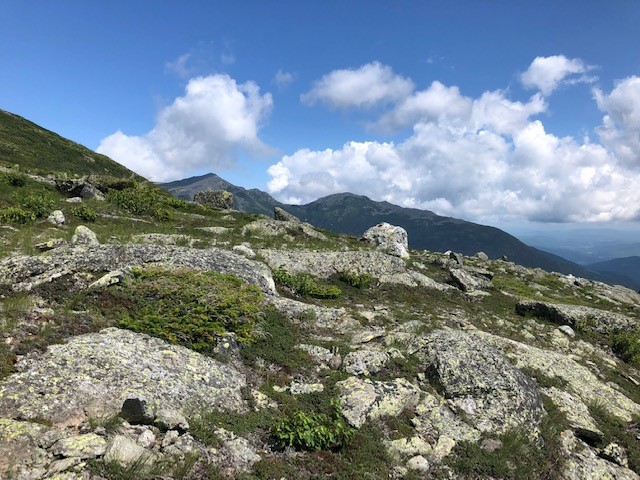 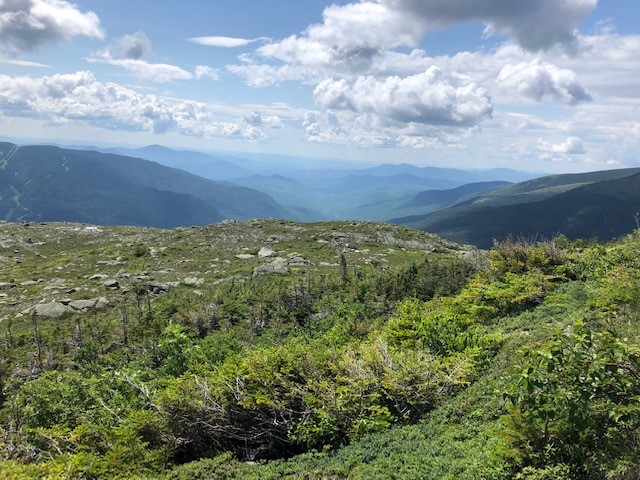 Our last trip to the Alpine Garden on June 18 was a bit too early for flowers so we decided to try again, this time going up the Nelson Crag Trail and down the Boott Spur Trail. These trails have the merit of being little used and getting above treeline fairly quickly. From Pinkham Notch we took Old Jackson Road to get to the Nelson Crag Trail, which has good footing and a steady grade. The trail emerges from the scrub at about 4,100 feet (left), with expansive views of the valleys on both sides of Pinkham Notch (right). 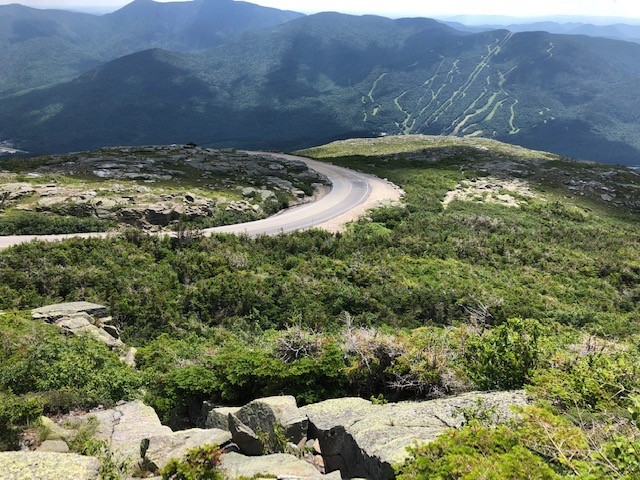 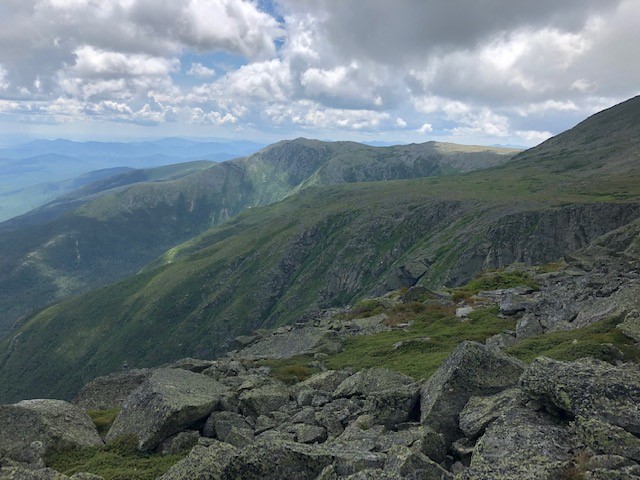 Above treeline the Nelson Crag Trail is often within sight of the Auto Road, which may be a reason why it is so little used. At one point it actually touches the road (left). But then it leaves the road to climb Nelson Crag, with great views of the ravines to the south (right). 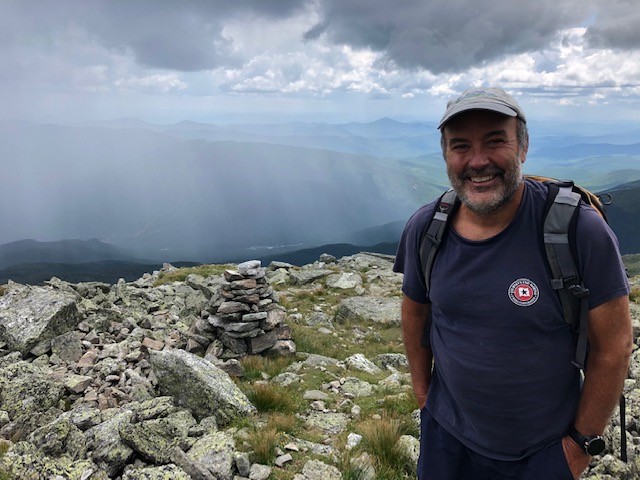 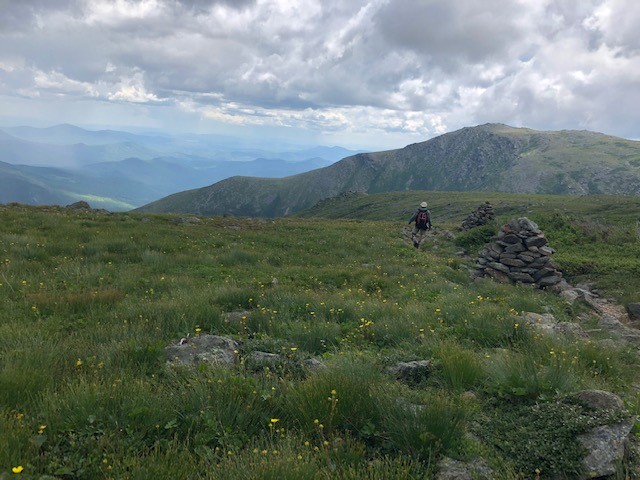 We then took off on the Alpine Garden Trail (left) but found that we were now a little late for the flowers. There were still some carpets of white and yellow flowers (right) with some purple flowers mixed in (below left). 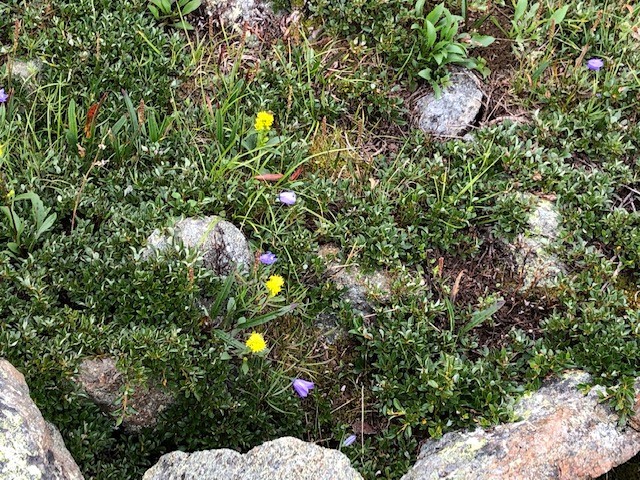 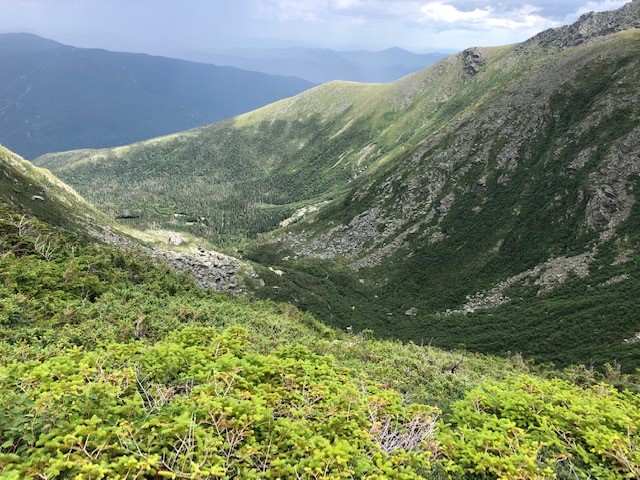 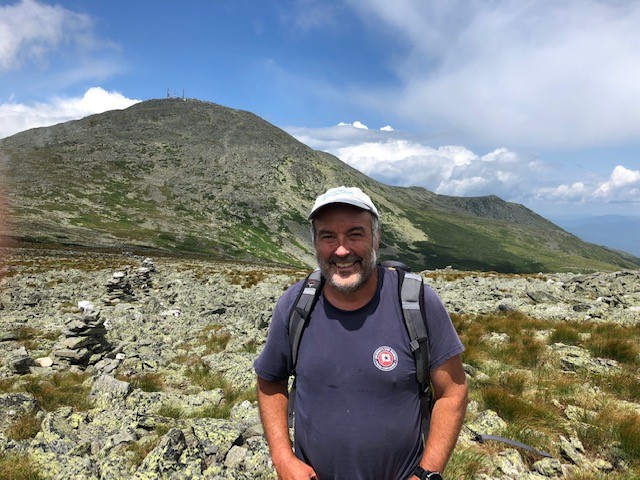 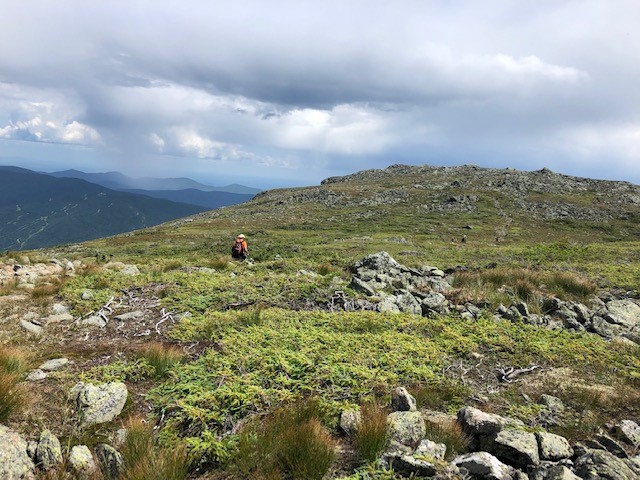 At around this time the clouds cleared from Mt. Washington (left). We left the Tuckerman Ravine Trail by the Lawn Cutoff to Davis Path, leaving the crowds behind (we would see no one for the rest of the day). We followed the Davis Path to Boott Spur (right). 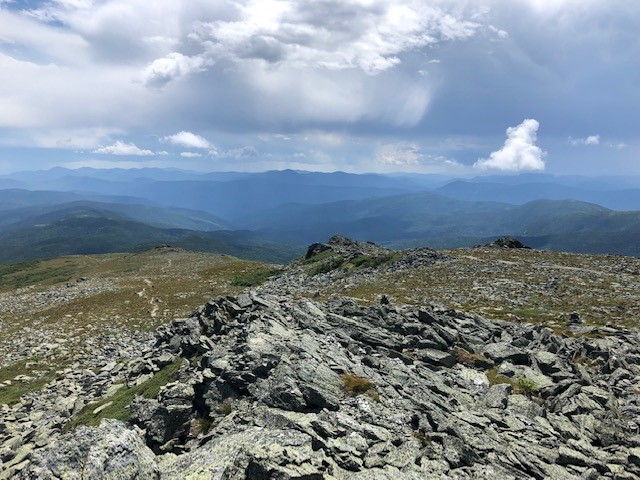 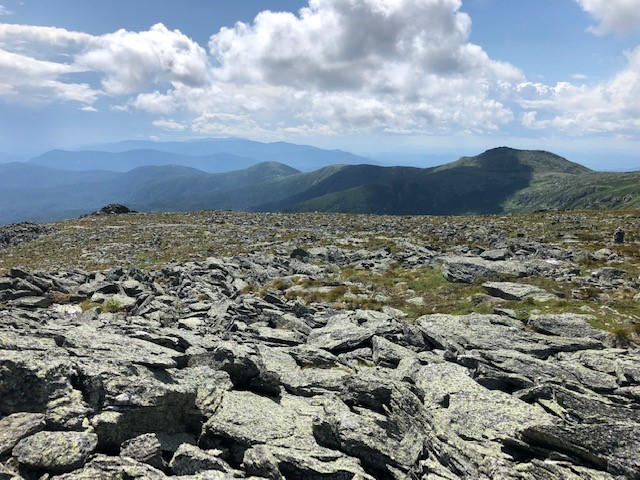 From the top of Boott Spur we could see the Davis Path going down along the Montalban Ridge and toward an ocean of mountains (left). We also had a great unusual view of the southern Presidentials (right). 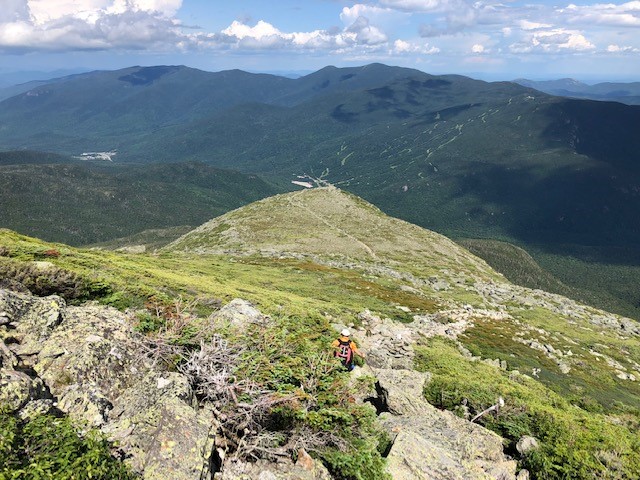 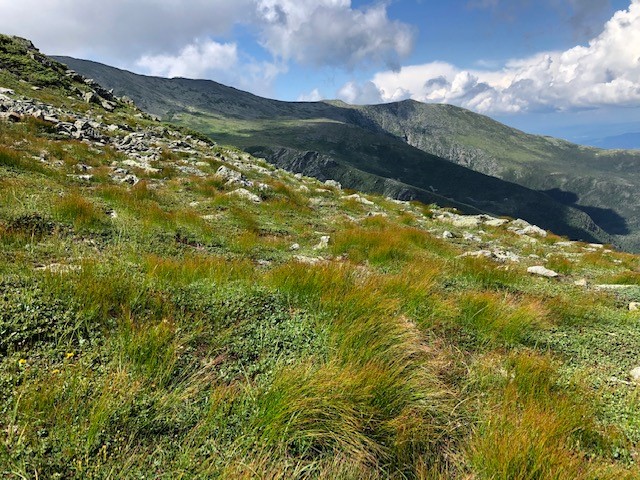 We then went down Boott Spur Trail, a long descent along the ridge keeping us above treeline until 4,100 feet (left). The grasses above treeline ('lawns') are usually yellowish and drab but those along the trail were remarkably healthy and green (right). 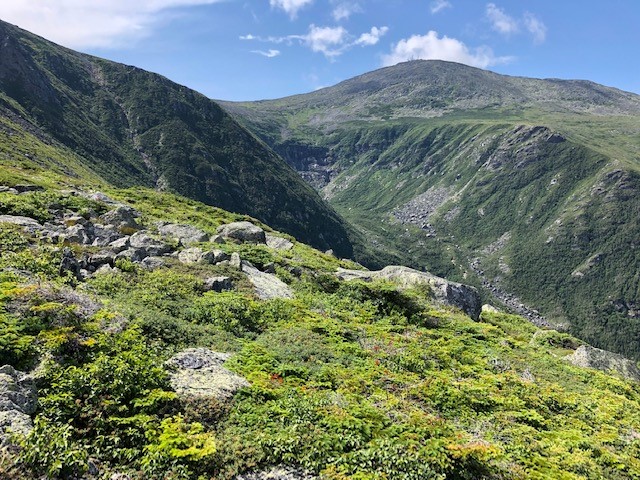 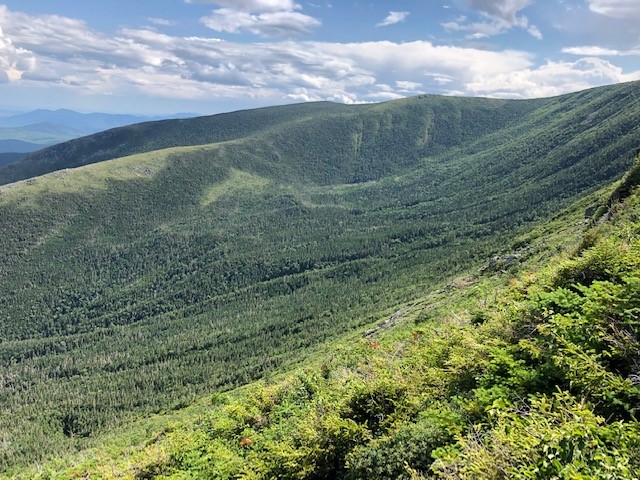 At one point we left the trail to walk to the rim of Tuckerman Ravine and peer down (left). There was not a patch of snow left. Just before dropping below treeline we had a unique view of the Gulf of Slides (right), which provides an alternative to Tuckerman for backcountry skiing. From there it was a steep descent down to Pinkham Notch.