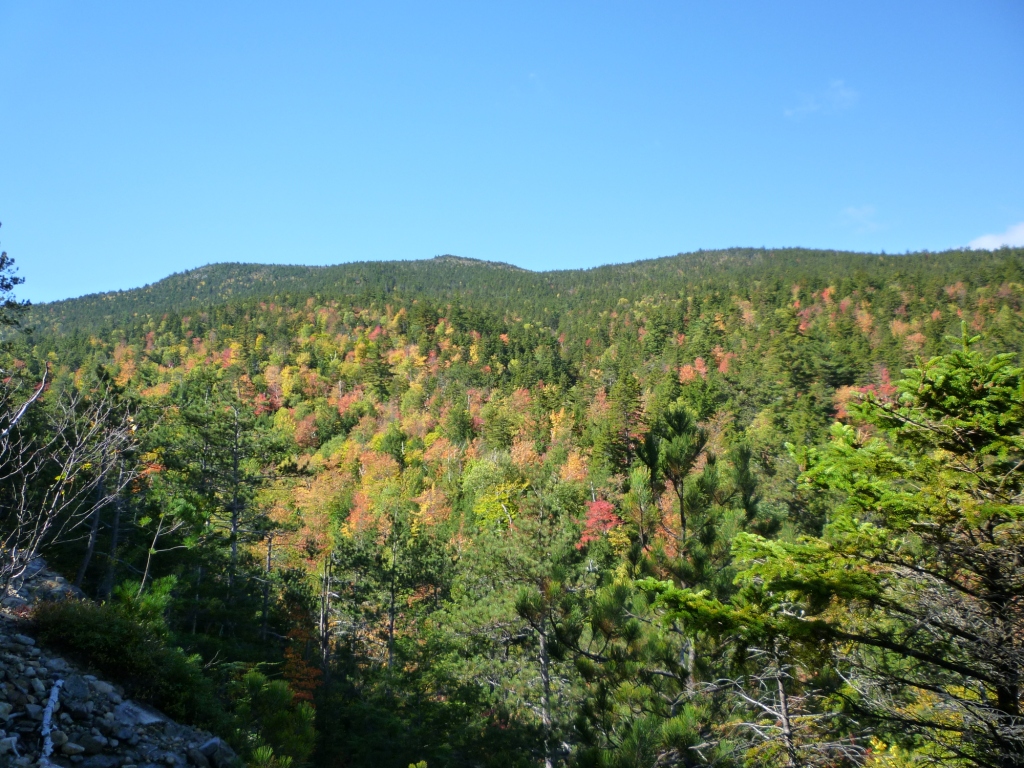 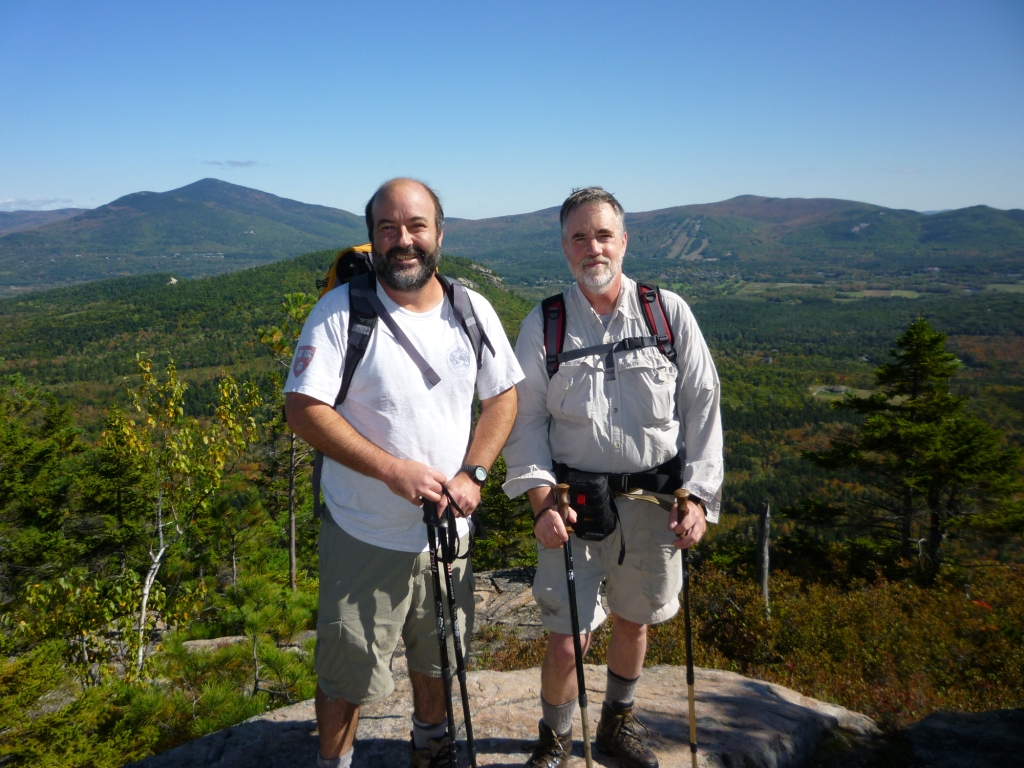 It had rained hard that week but there was not a cloud in the sky when Bill Munger and I set out on the North Moat Loop hike out of North Conway. The Moats are not high mountains (3,200') but are very ledgy and thus offer lots of White Mountain views from an unusual perspective. We did the loop hike from left to right, going up Red Ridge. The trailhead at Diana's Baths is unusually low (550') and the first 90 minutes involved a long flat approach hike in a low-elevation forest with hemlocks and white pine. There was a lot of water in the streams and we had to remove our boots for one major crossing. Immediately after we started climbing the views opened up to the Moats where we were headed (left) and out to North Conway from many open ledges (right). 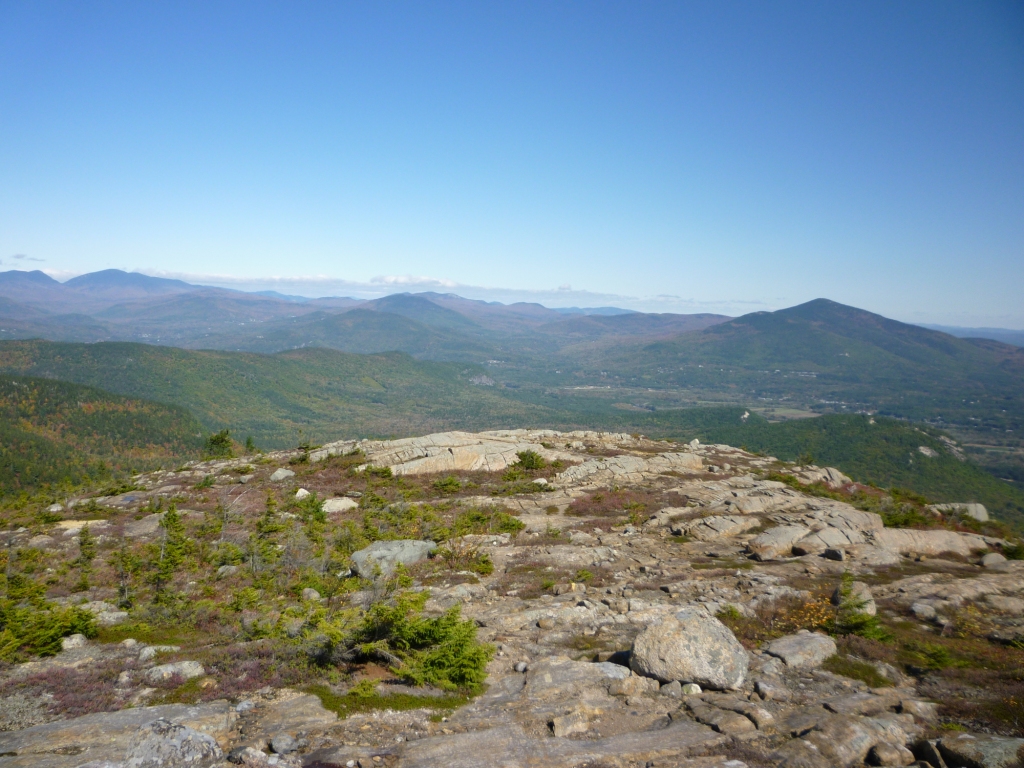 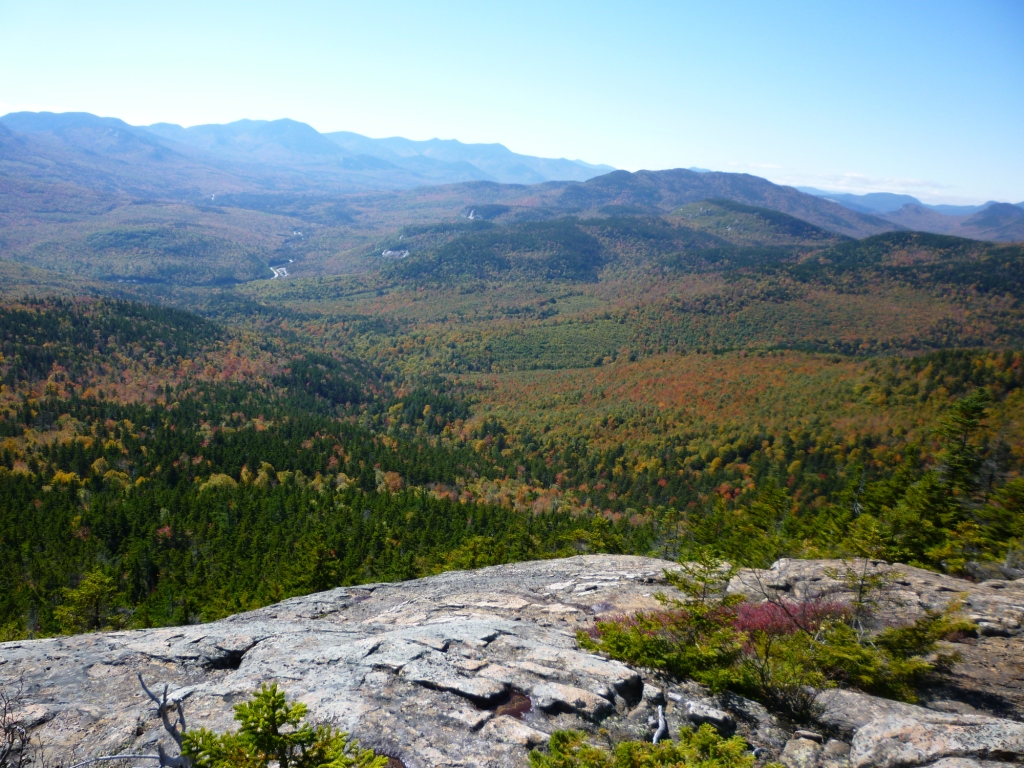 Soon we were completely in the open on ledgy terrain as we climbed up Red Ridge. We had a 180o panorama to the north (left). The wind was howling and it was hard to believe that we were just at 2000'. An unusual feature was the presence of red pines, which clung to the ledge in clusters (right). Although this was the peak foliage weekend, most of the vegetation around us was pines and the colors were mainly confined to the valley below. This hasn't been a great year for foliage - maybe because of the summer drought. 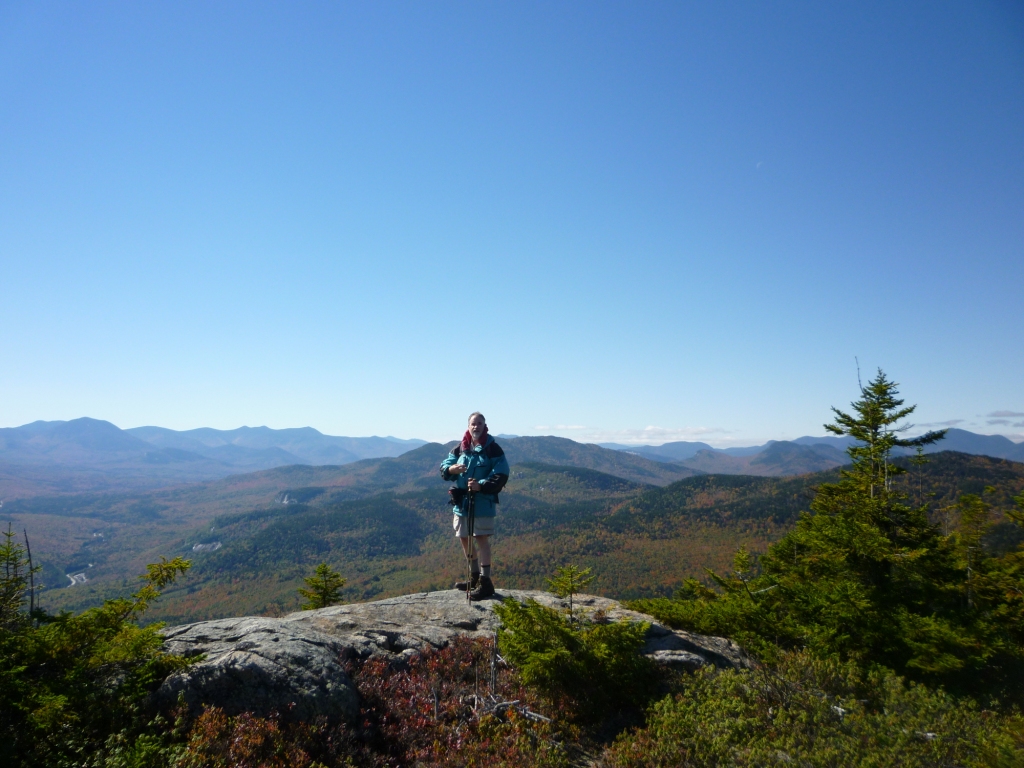 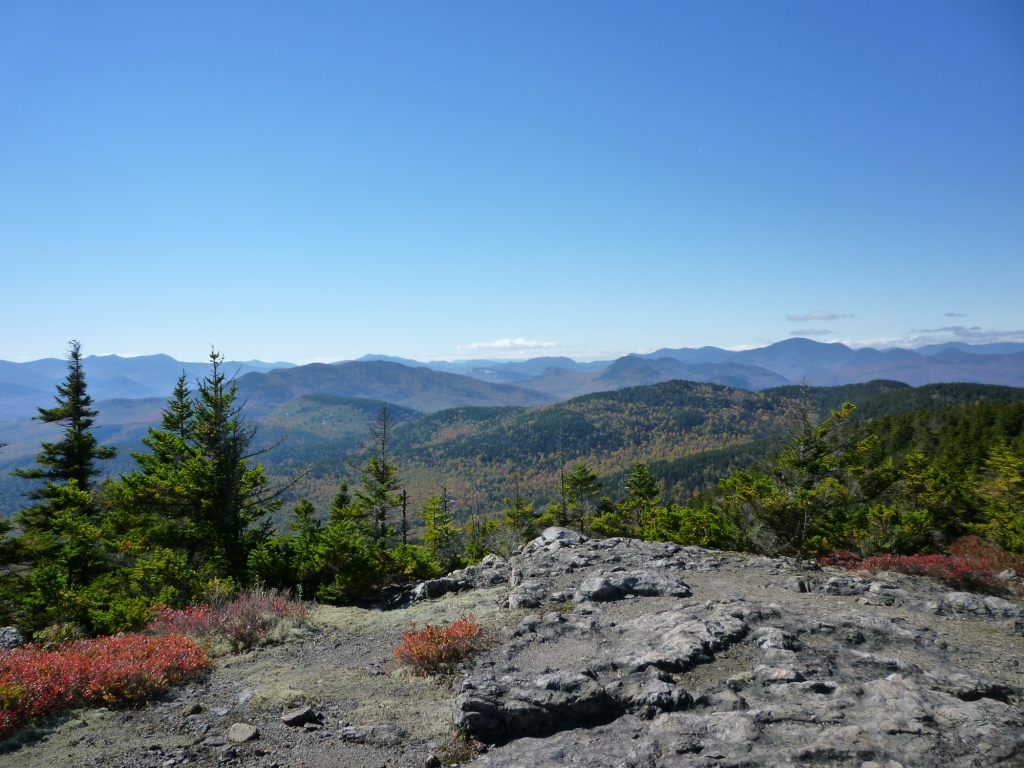 We got to the top of the ridge, found a secluded place to eat lunch and soak in the views, and set out on the trail along the ridge to North Moat. The trail was mainly ledge (left). which made for very enjoyable walking, and offered many fine views such as this one of Carter Notch from the east (right). 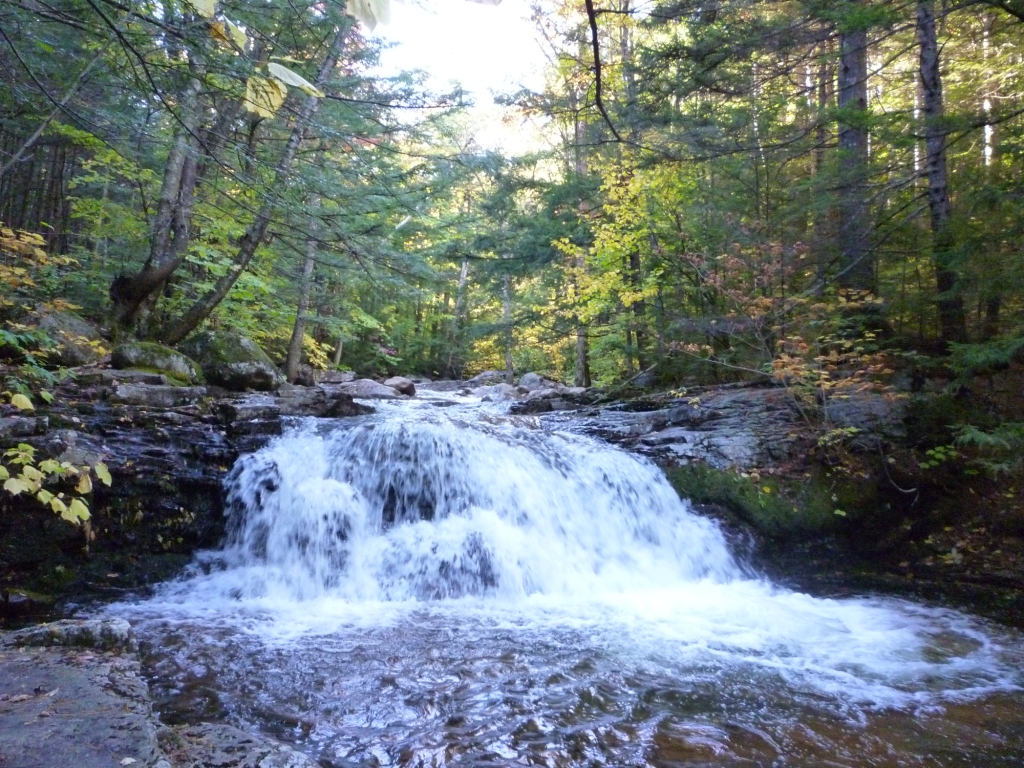 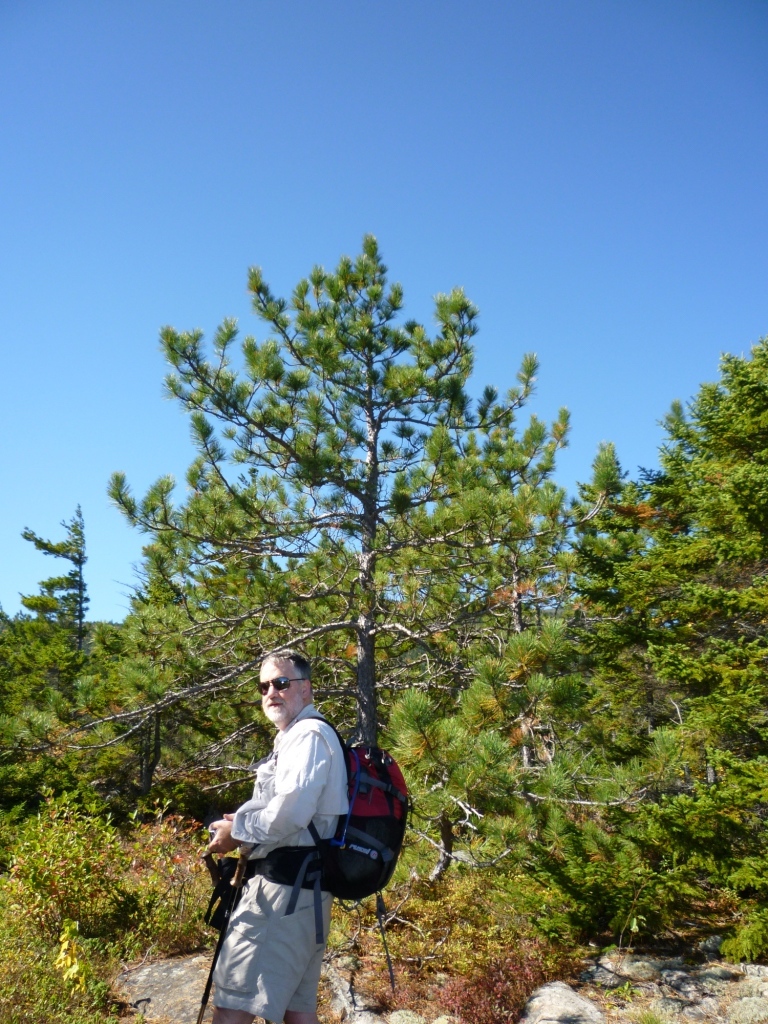 As we continued on the ridge we started getting views to the south and west, with the ribbon of the Kacamangus Highway and major southern peaks of the White Mountains (left and right). We saw a number of attractive unofficial campsites along the ridge. 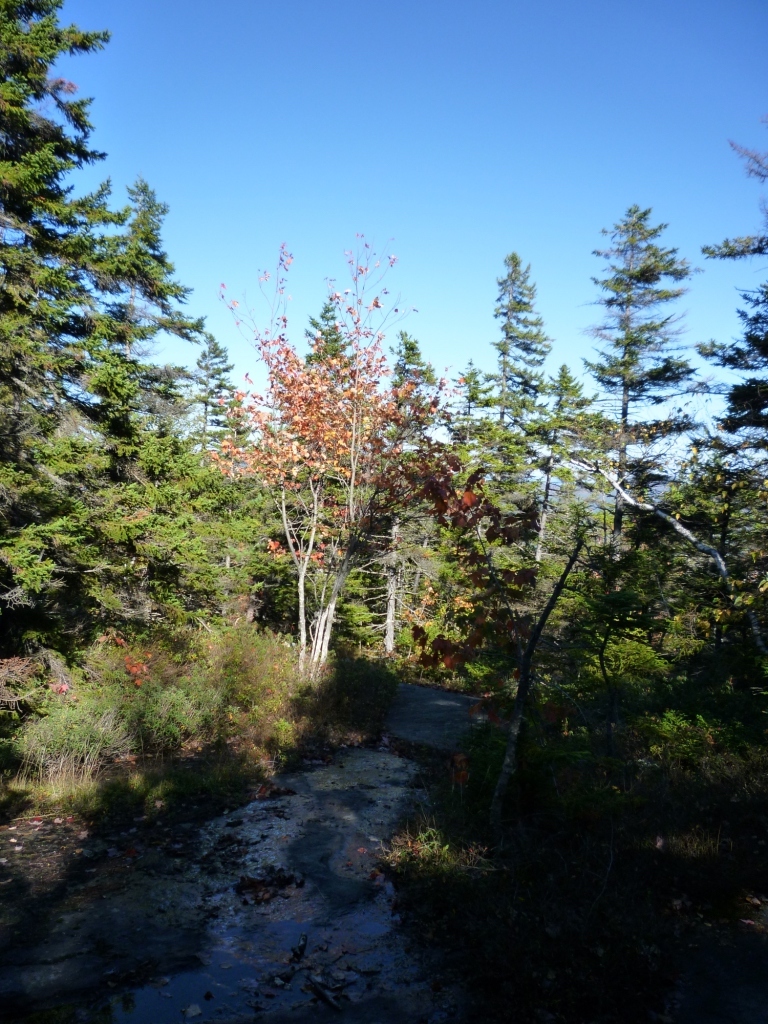 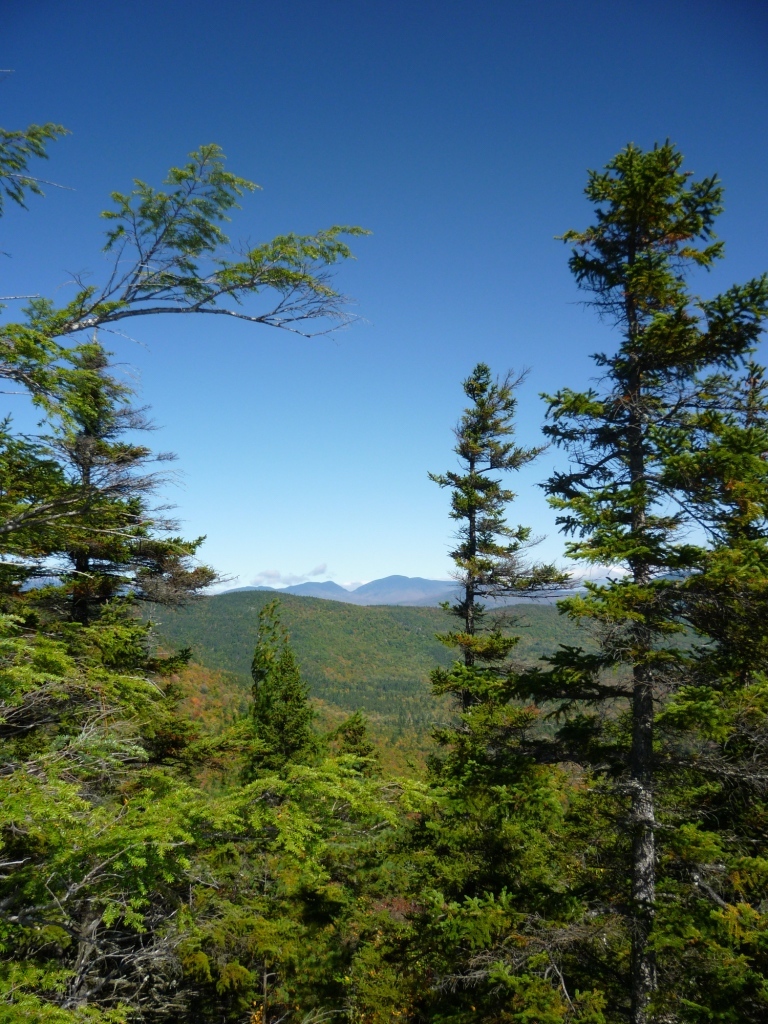 We finally got to the top of North Moat for a full 360o view (left). I have to say that this is one of the best views I know of the White Mountains and yet it doesn't receive much attention, perhaps because there isn't a 4,000 footer to bag in the process. After soaking in the views for a while we headed down the west side to complete our loop. The ledges were very slippery because of the previous day's rain and we had to cling to trees to make our way down. At the base of the mountain we had to cross Lucy Brook again, which was a torrent of rushing water (right) and we bushwacked a bit upstream to find a tree bridge across the brook. From there it was back to the trailhead, admiring some huge white pines along the way.