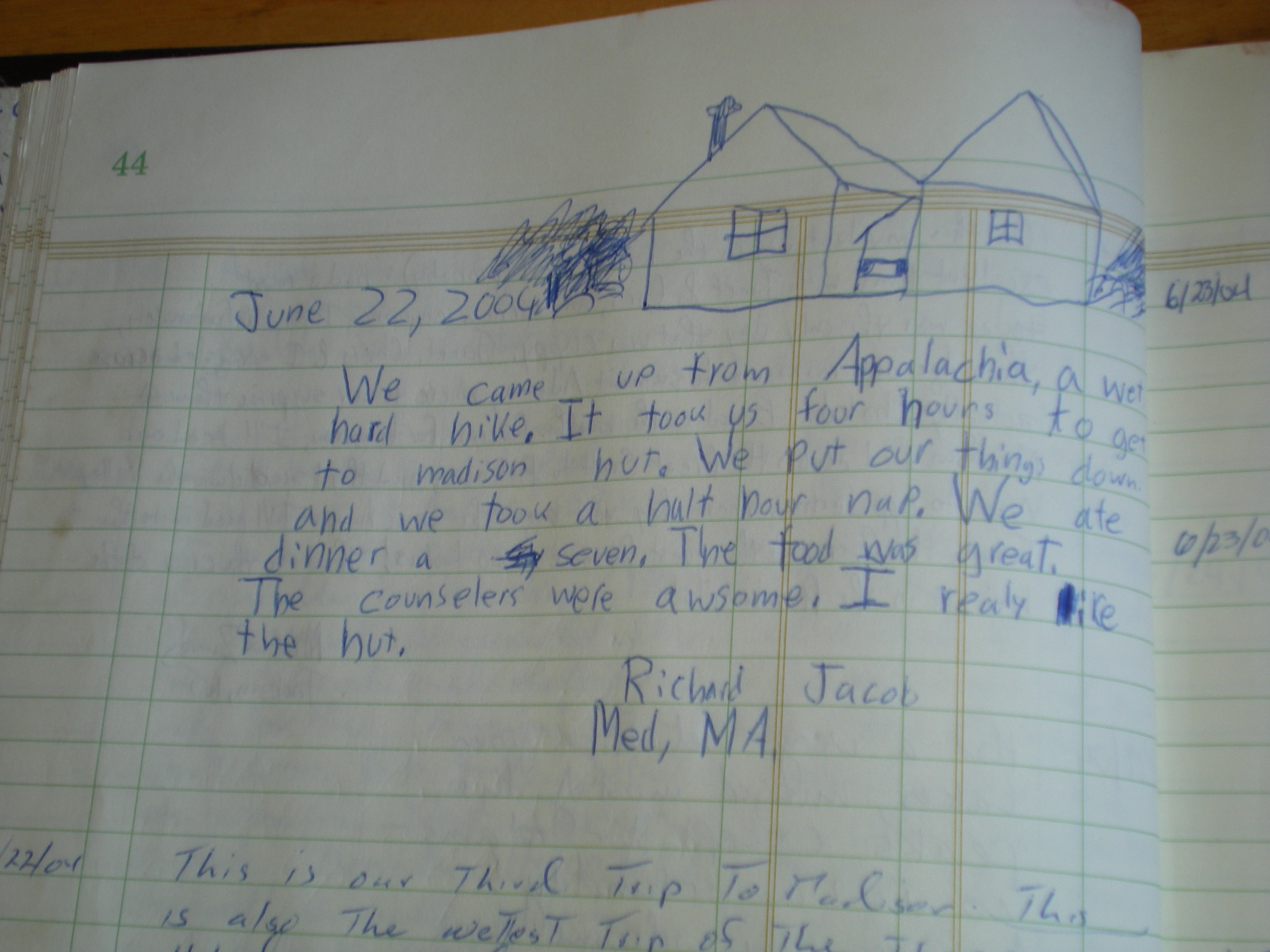 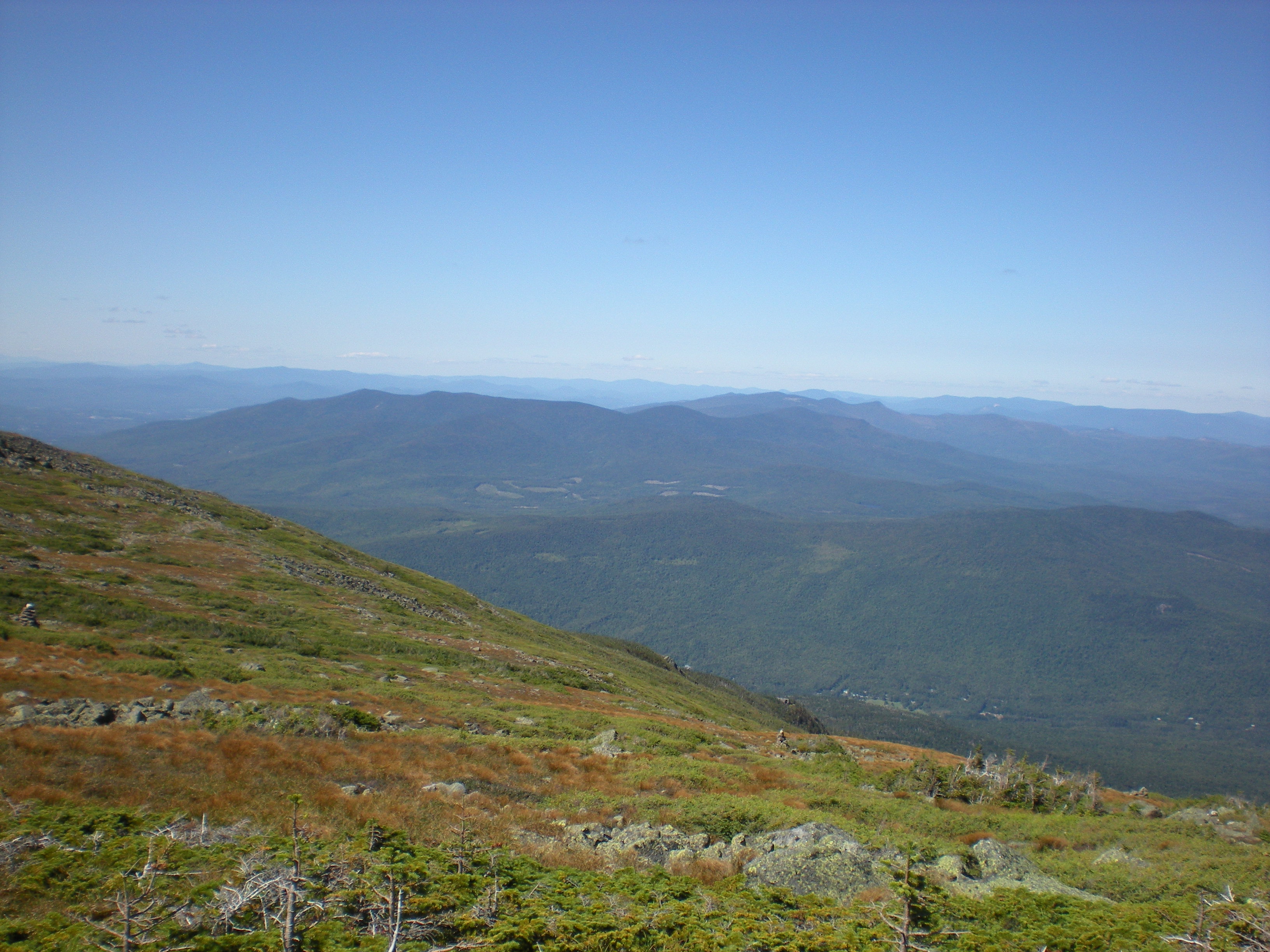 With the promise of a clear day ahead, five of us (me, Roger Gagne, Peter Wyatt, and his friends Jeremy and Heather) undertook a "Northern Presidentials triple" (Madison, Adams, Jefferson) by hiking up the Valley Way from Appalachia, taking the Gulfside Trail along the northern Presidential Ridge, bagging the three peaks along the way, and exiting by the Caps Ridge Trail to Jefferson Notch where we had spotted a car. A commendable feature of this plan is to start low (Appalachia is at 1000' or so) and finish high (Jefferson Notch is at 3009'), for which the knees say thank you. Upon reaching Madison Hut I checked the hut journal and found my son Alex (Richard)'s entry from June 2004 when he was ten (left). From the Hut we climbed Mt. Madison, which gave us great views including of the North Country (right). 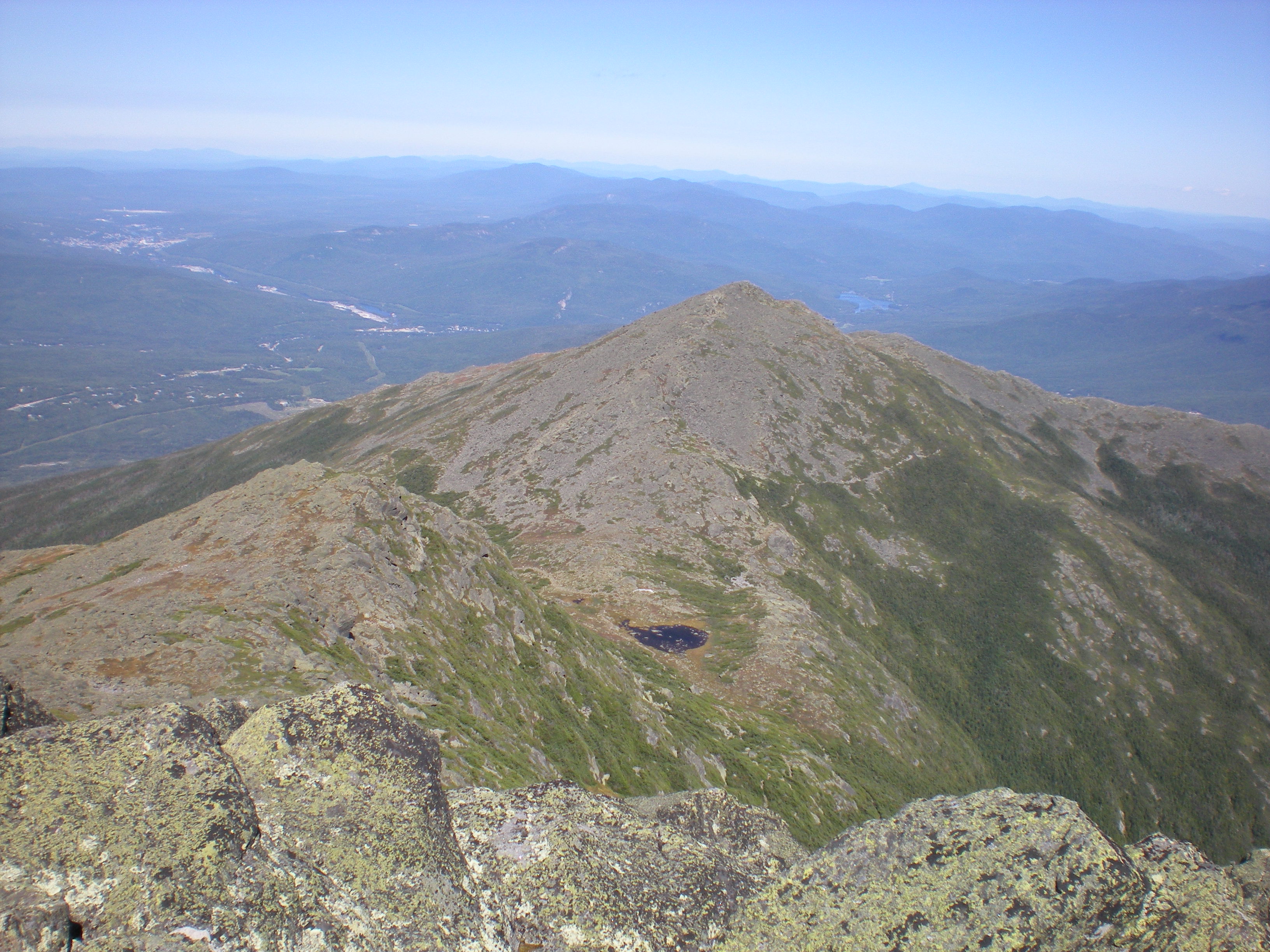 From there it was on to Adams, We took the Gulfside Trail to Thunderstorm Junction. There's a wonderful segment of this trail on flat stones, testimony to the incredible trail-building skills of J.R. Edmands in the late 19th century. It's a short but welcome respite from the constant boulder hopping. At T-storm junction we ditched our bags and scrambled up to the top of Adams. The views were fantastic, to the north toward Mt. Madison and Star Lake (left), and to the south toward Mt. Washington and the Great Gulf (right). This was the third time I had done Adams this season (see my northern Presidentials ramble and King Ravine to Mt. Adams hikes) and the first time I could see anything. This was definitely cause for celebration. 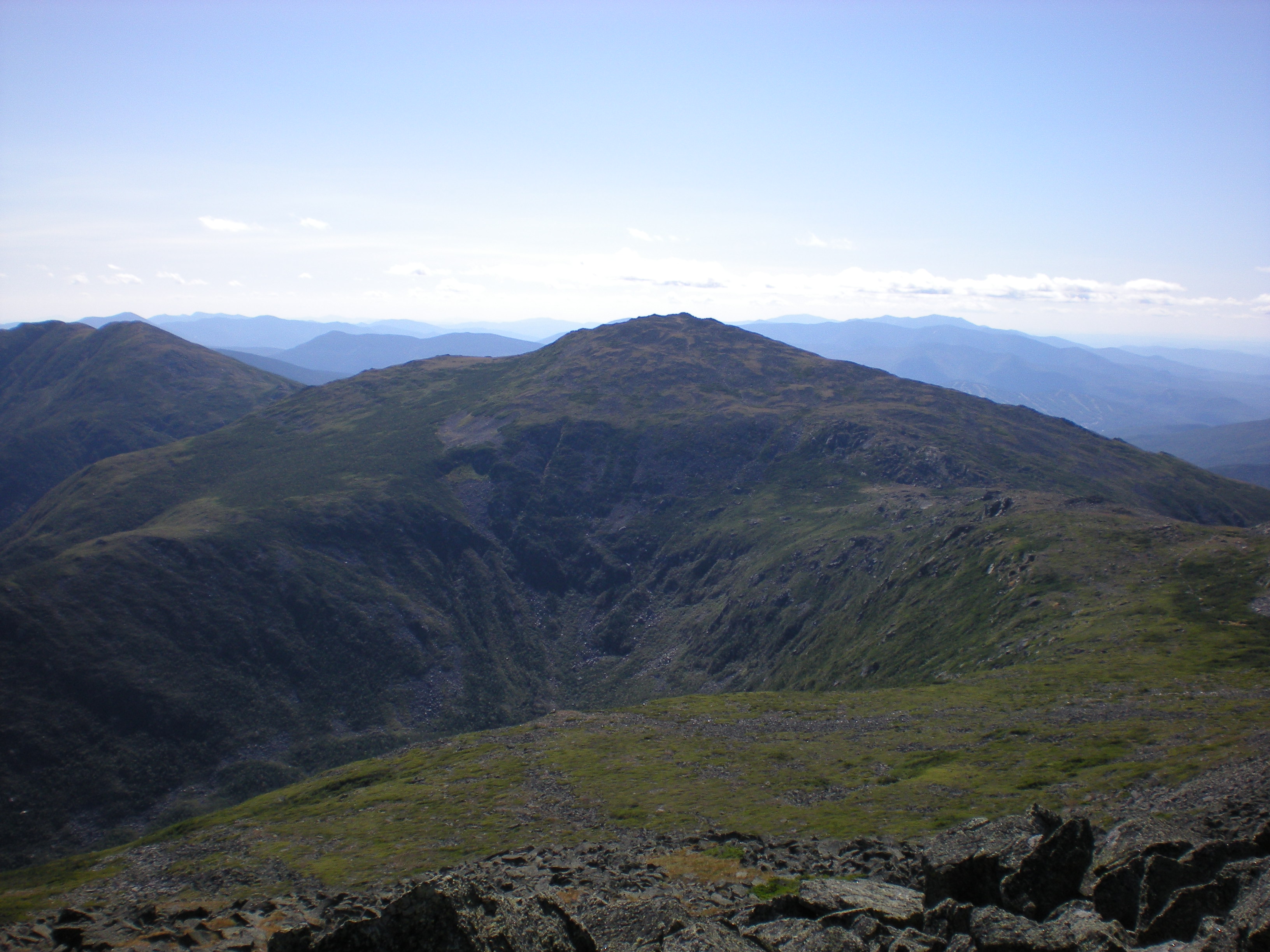 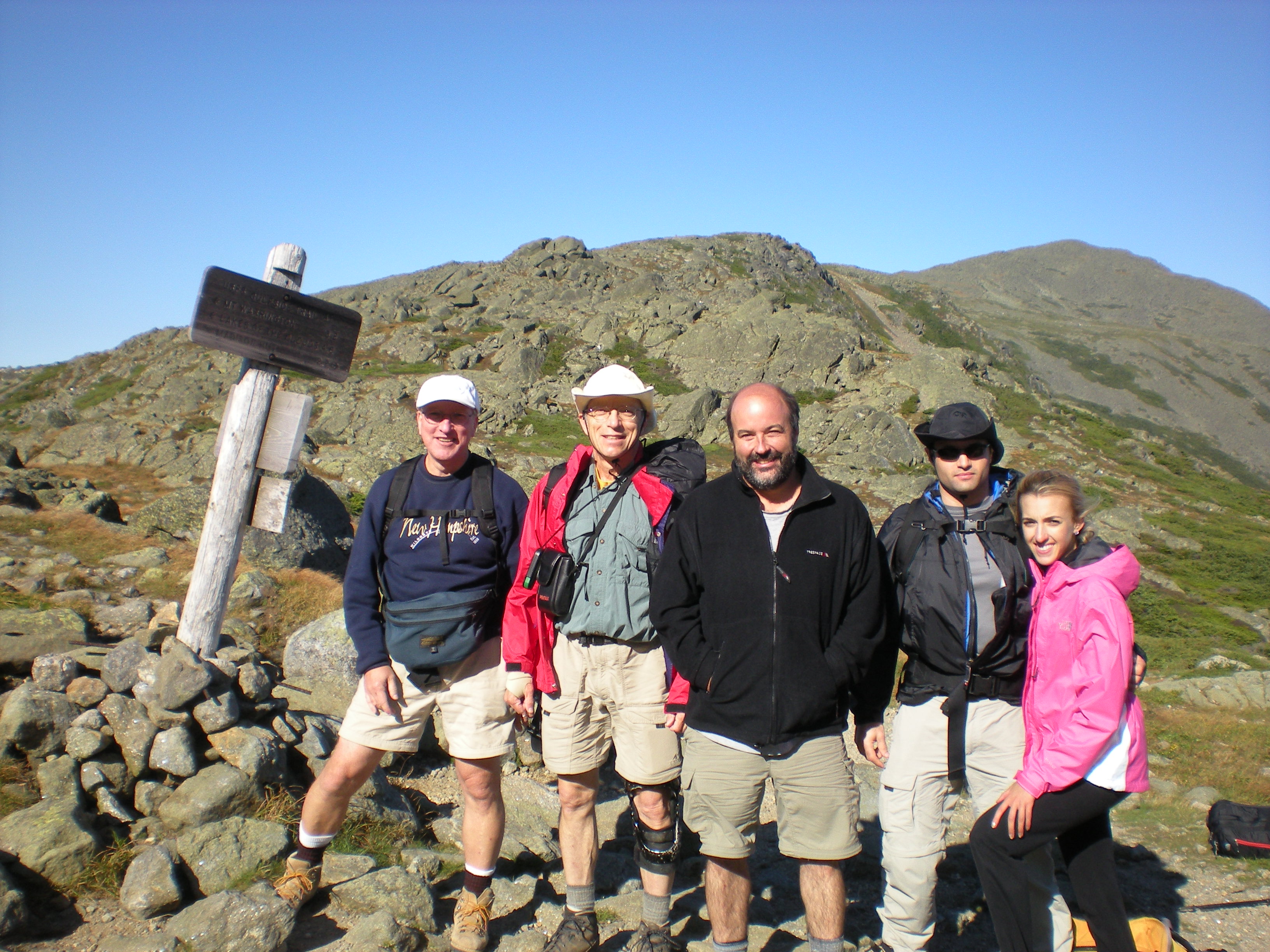 Coming back down to Thunderstorm Junction we proceeded to Edmands Col, with spectacular views of Jefferson Ravine on our left (left). At Edmands Col we met a nice fellow from Quebec who took our group picture (right - Mt. Adams is in the background). 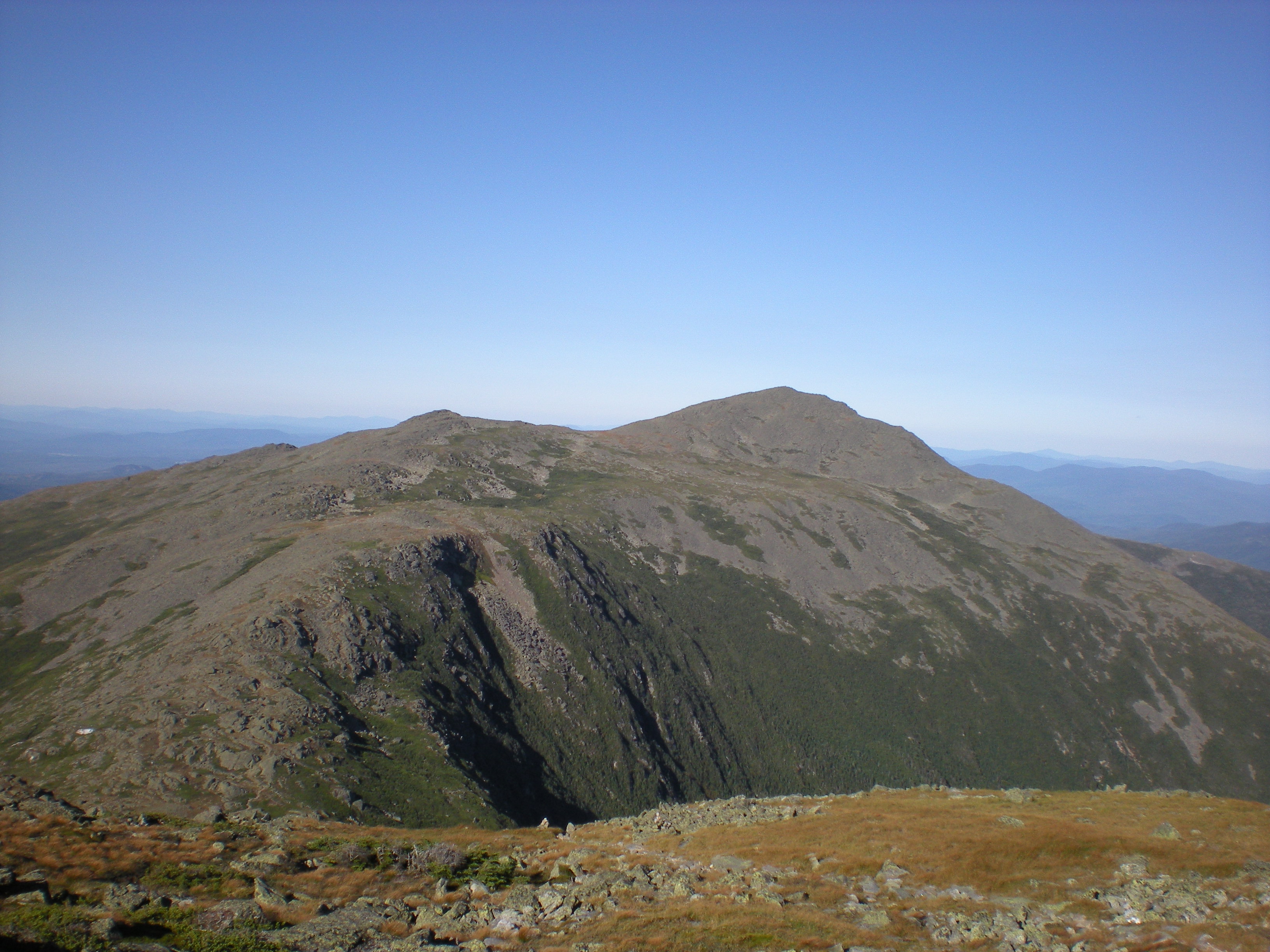 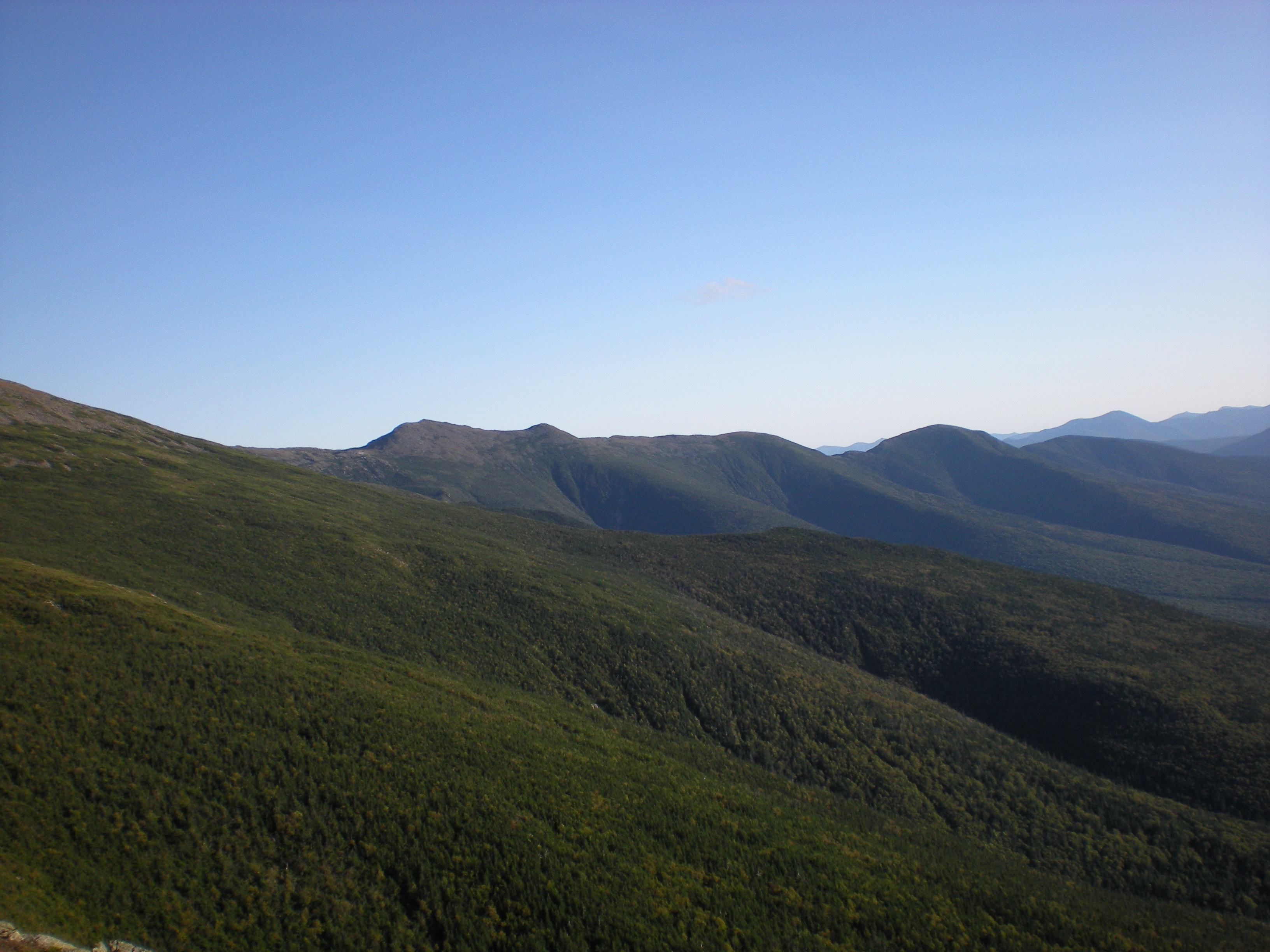 From there it was on to Jefferson, the third peak of the day, with again perfectly clear views. The three peaks in the clear - this was definitely our lucky day. At left is the view looking toward Mt. Adams. We then descended Caps Ridge Trail, taking in gorgeous views of the southern Presidentials in the evening light (right). We got down to Jefferson Notch at dusk, after almost 12 hours on the trail. A day well spent!