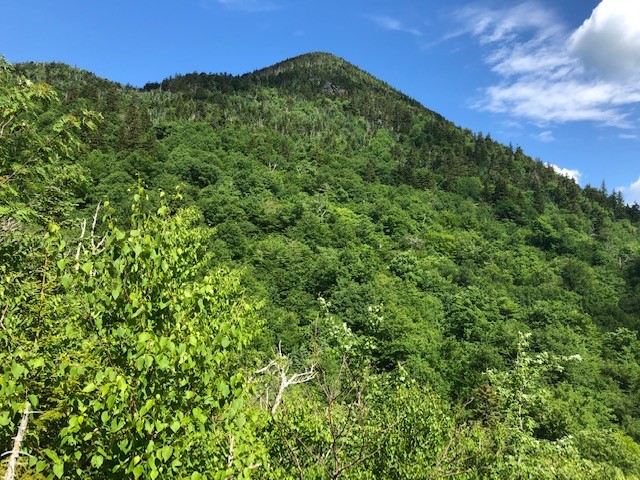 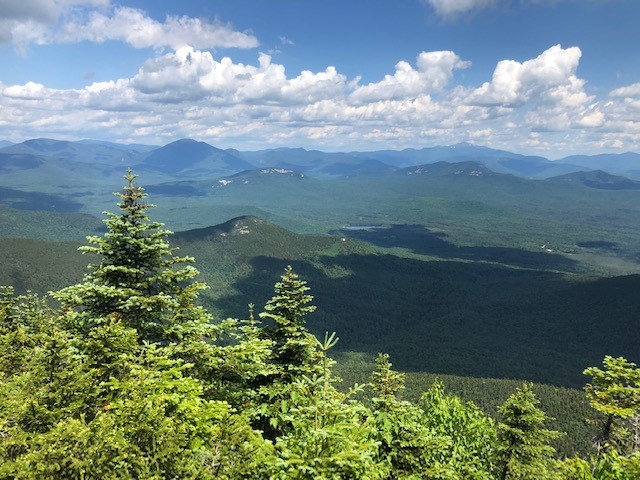 Peter Wyatt and I did a loop over Passaconaway and Whiteface from the north. I had previously done that same climb in 2011 with my son, though in reverse order and not making a loop. We went up the Oliverian Brook Trail to the Passaconaway Cut-off to the Square Ledge Trail. It was buggy and I would need three applications of DEET over the course of the day. Shortly after getting on the Square Ledge Trail we had a view of Passaconaway (left) and a short scramble up a ledge gave use a view to the north (right). 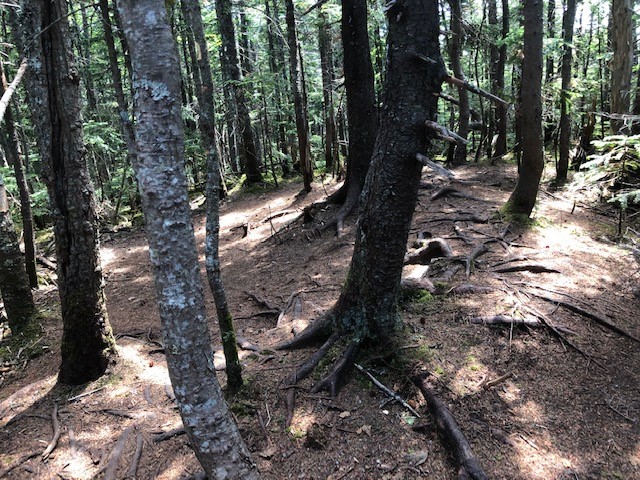 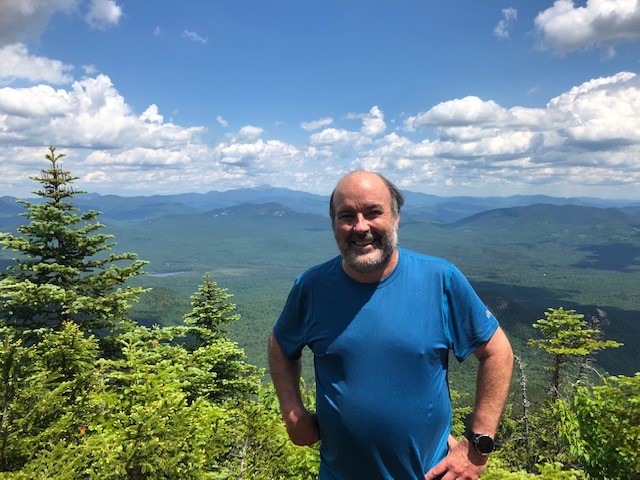 We connected to the Walden Trail for the final climb to Passaconaway. All these trails were very well graded with good footing, so the climbing was easy. The top of Passaconaway has no view (left) but a "View" sign takes you down a side trail that drops 200 feet to a small rocky outcrop with a great open view to the north including the best view of the Captain to the left of Carrigain (right). The outcrop is so tiny what we wondered how people figured out it was there to cut a trail to reach it. 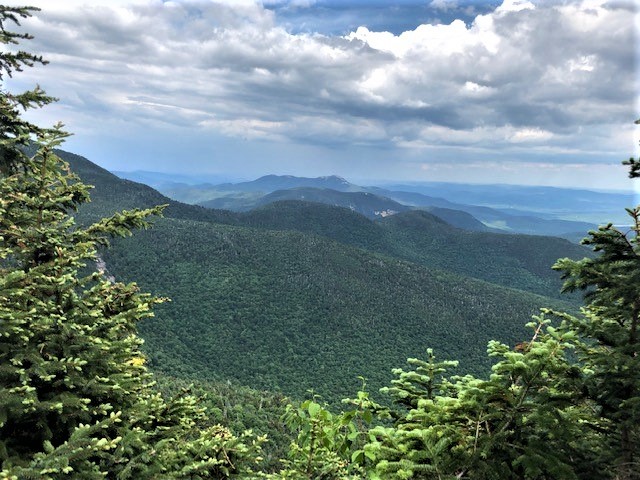 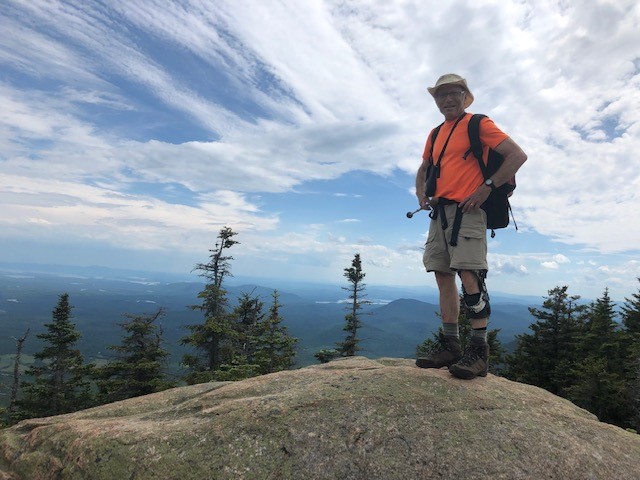 We went back to the top and headed down the steep descent of Dicey's Mill Trail, dropping to 3,450 feet to catch the Rollins Trail, which then followed the rim of the Sandwich Bowl all the way to Whiteface. This involved quite a bit of climbing back to 4,000 feet but also some nice flat stretches and views to the east across the Bowl (left). Until then we had hardly seen anyone but now we saw quite a few people who did the Whiteface-Passaconaway loop starting from the south, which is the quicker way. We passed the peak of Whiteface without recognizing it (there's actually a cairn) and continued to the south ledge (right). 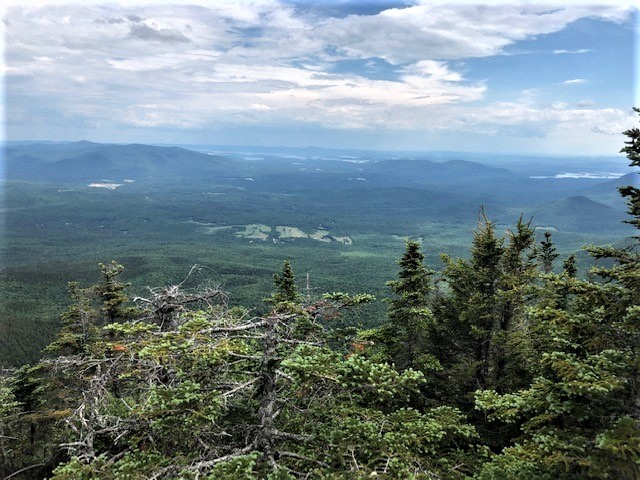 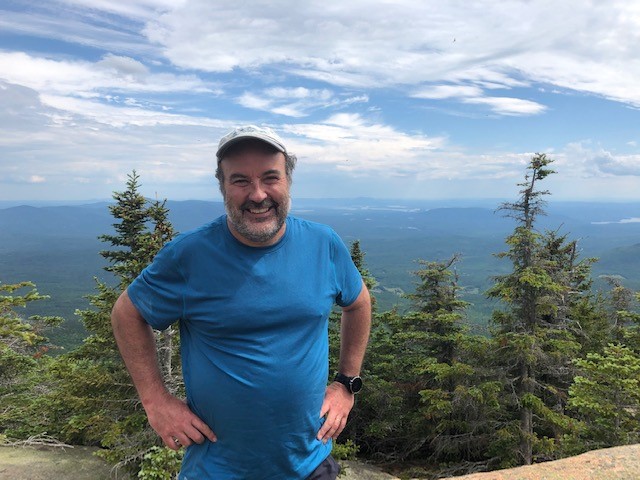 From the south ledge we had hazy views toward Squam Lake and Lake Winnepesaukee (left and right). 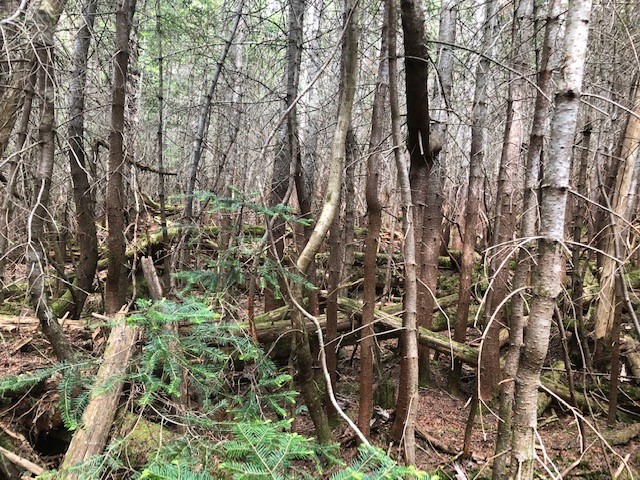 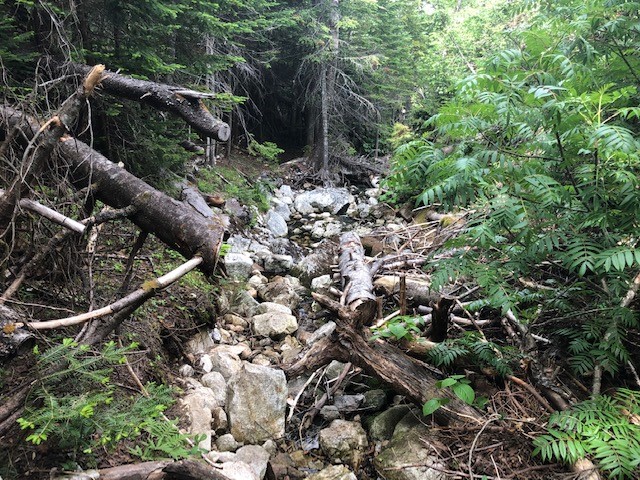 We headed back down by way of the Kate Sleeper Trail, connecting to the Downes Brook Trail. The woods along the Kate Sleeper Trail were really thick (left), definitely not good bushwhacking terrain. Downes Brook Trail has ten stream crossings that are described in the AMC guide as difficult to impossible at high water. Fortunately the water was low and we had no difficulty. The top part of the trail was very rough, with lots of blowdowns and a narrow trail hugging the brook (right). We figured that if it continued like that all the way down we were in for a long slog. 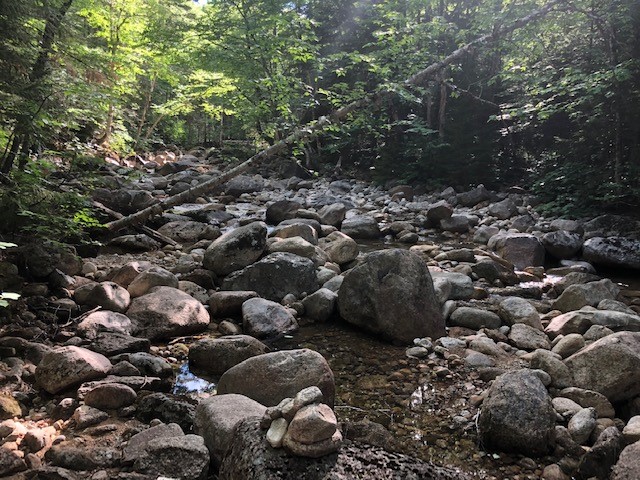 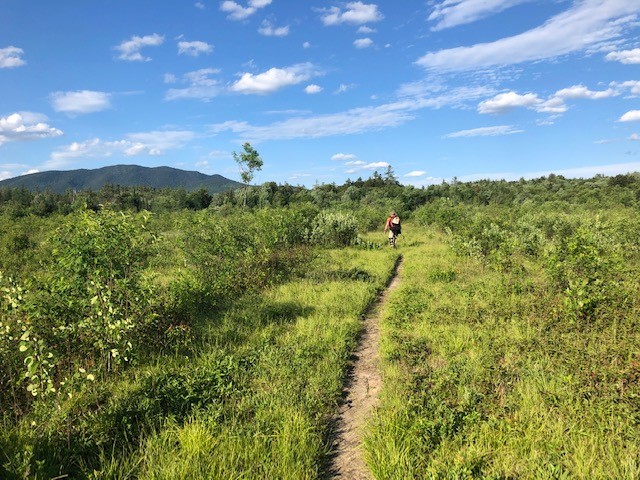 Soon, however, the trail broadened and became better defined, so the descent was long but easy. The final stream crossings were across a wide but mostly dry stream (left). As we approached the trailhead on the Kancamagus highway we diverted to a network of X-country trails that would take us back to the Oliverian Brook Trail - better than walking on the highway. It is unfortunate that these trails are not on the hiking trail map, but they were well posted so the direction was clear. We crossed the UNH trail to Hedgehog Mountain and emerged in a large swampy and sandy open area (right). Soon after was the connection to the Oliverian Brook Trail and back to the car.