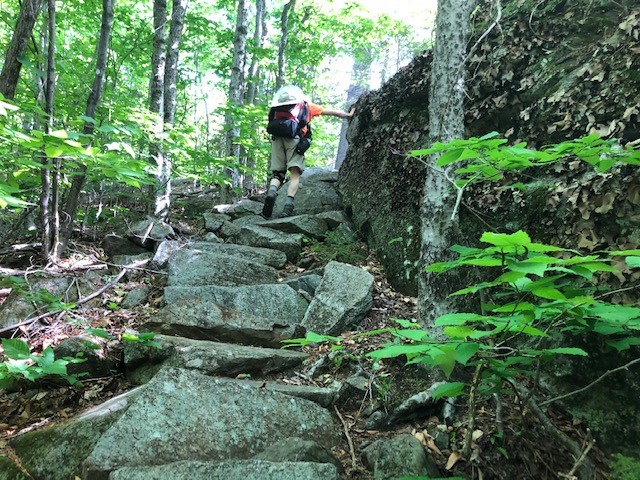 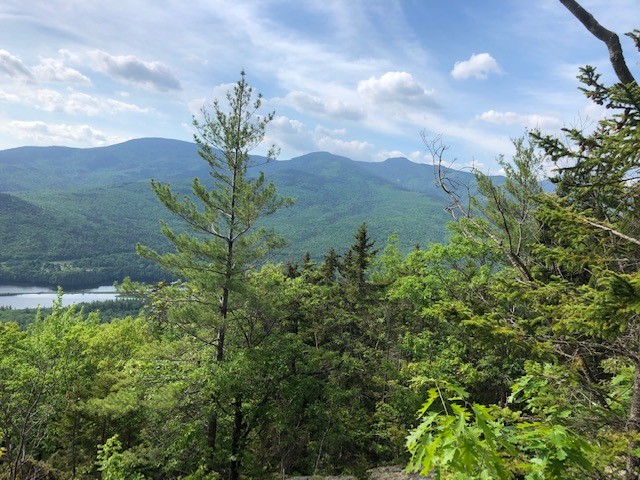 The Appalachian Trail follows the Mahoosuc ridge on its way to Maine after having exited the White Mountains. Access trails to the AT as it follows the ridge provide plenty of opportunity for day hikes and I have done pretty much all of them over the years including Dream Lake and Gentian Pond, Mt. Success, Mt. Carlo and Goose Eyes, Mahoosuc Notch and Old Speck. But I had never done the southern end of the Mahoosuc ridge. We went up by the Centennial Trail, which is how the AT gets to the ridge. It was cut in 1976 and is an impressively built trail, with lots of rock steps (left). There were limited outlooks with views south to Mts. Moriah and Shelburne Moriah across the Androscoggin River (right). We crossed a hiker coming down and this was the only person we would see all day. 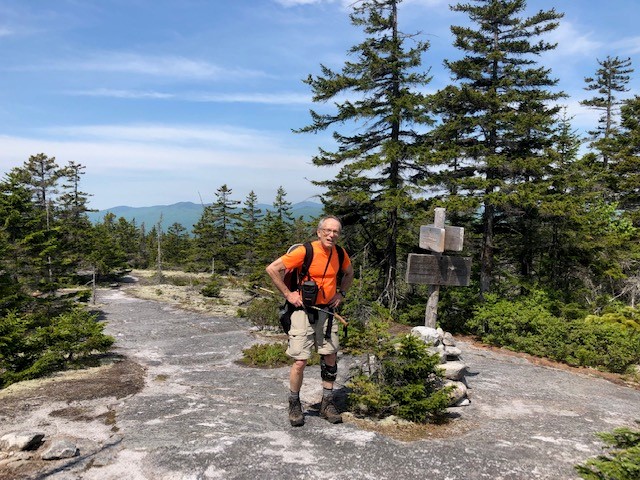 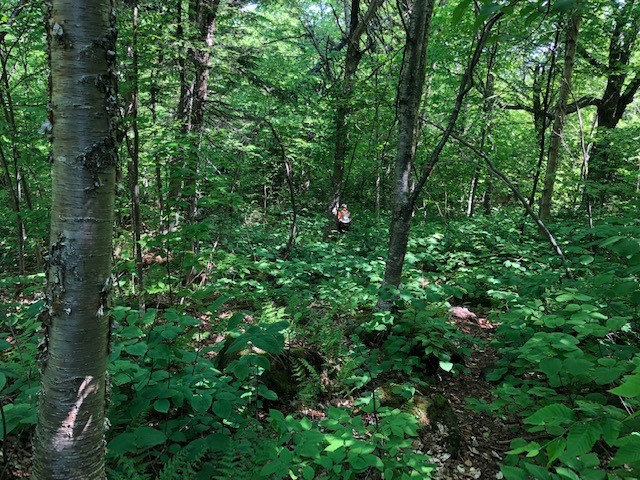 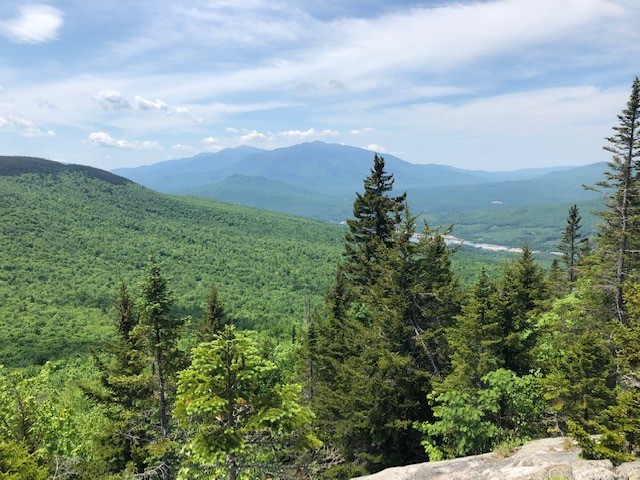 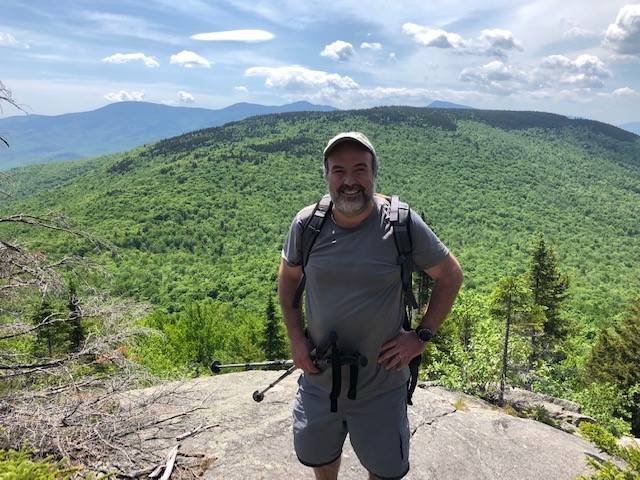 The trail dropped to a col and then up Cascade Mountain. Just before we got to the top of the Cascade Mountain there was a ledge with excellent views all around including to the Presidentials (left) and back to Mt. Hayes (right). 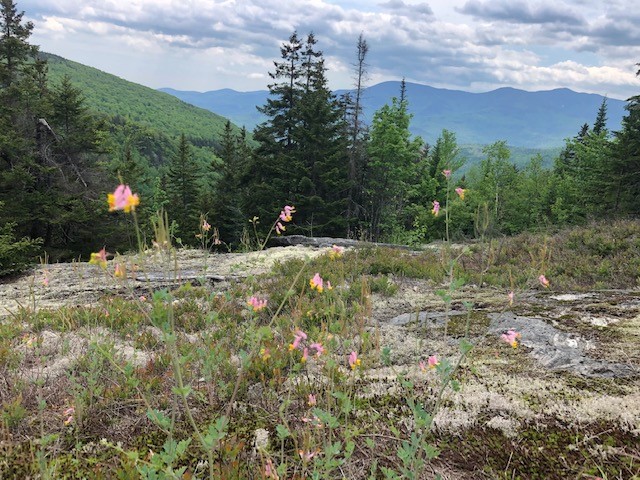 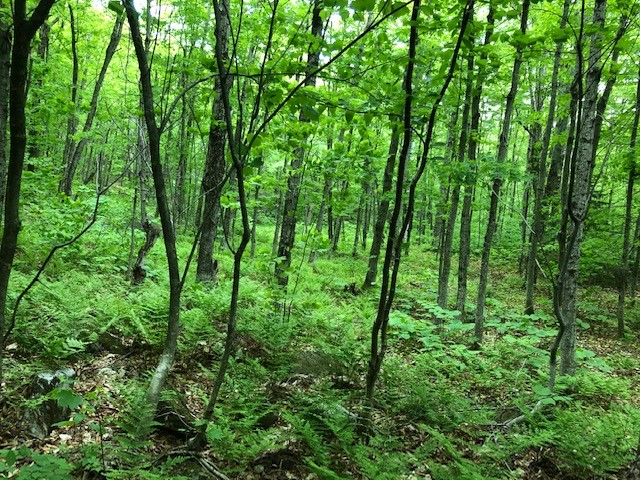 We dropped steeply to Trident Col, where a ledge had beautiful pink and yellow flowers that we had never seen before (left), dropped below the ridge with the Tridents above us, and then resumed climbing on the way to Wocket Ledge. The newly leafed forest was aggressively lime green (right). 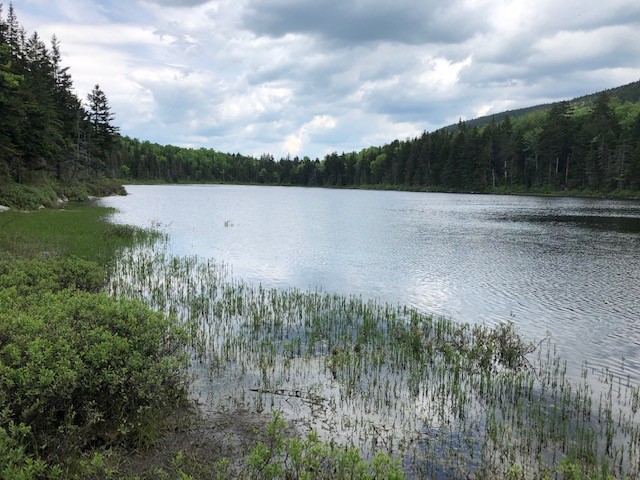 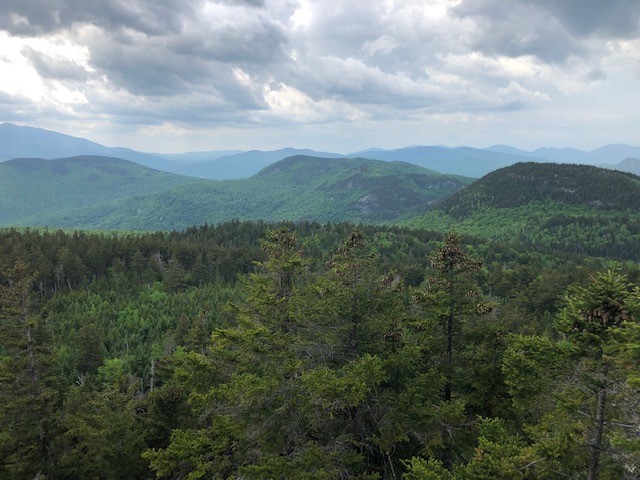 Along the climb we stopped at Page Pond, which is very remote and beautiful (left), and ended up at Wocket Ledge for the best views of the day. From there we could look back on where we had been (right) with Mt. Hayes on the left, Cascade Mountain in the middle, and one of the Tridents on the right. 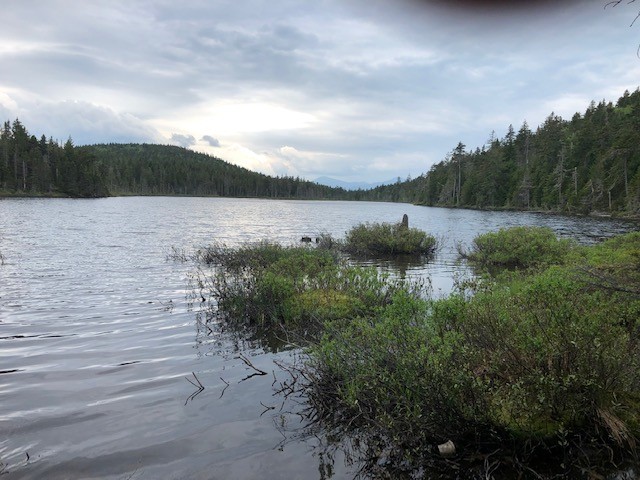 By then we had climbed a total of 4,000 feet but we still had to drop some elevation on the ridge and then climb back to get to Dream Lake (left). I was hoping to go for a swim in Dream Lake but there was only one access point and it was pretty swampy. We rounded Dream Lake and picked up the Peabody Brook Trail to go down. The Peabody Brook Trail has extensive bog bridges as it follows the shore of Dream Lake, and those were installed by my son Alex when he worked on the AMC trail crew back in 2009! We descended to North Rd. and then walked on the road 1 mile back to the car.