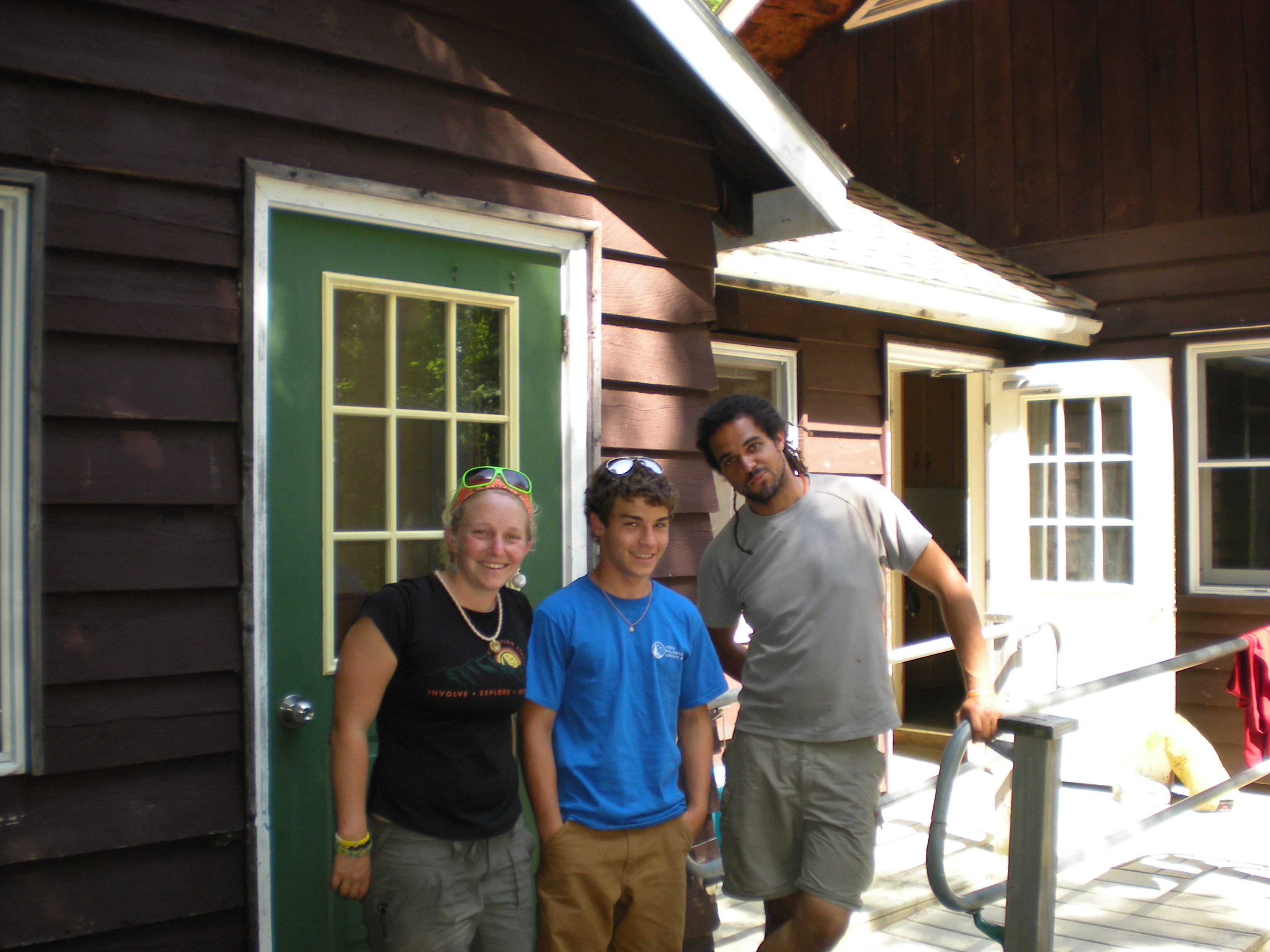 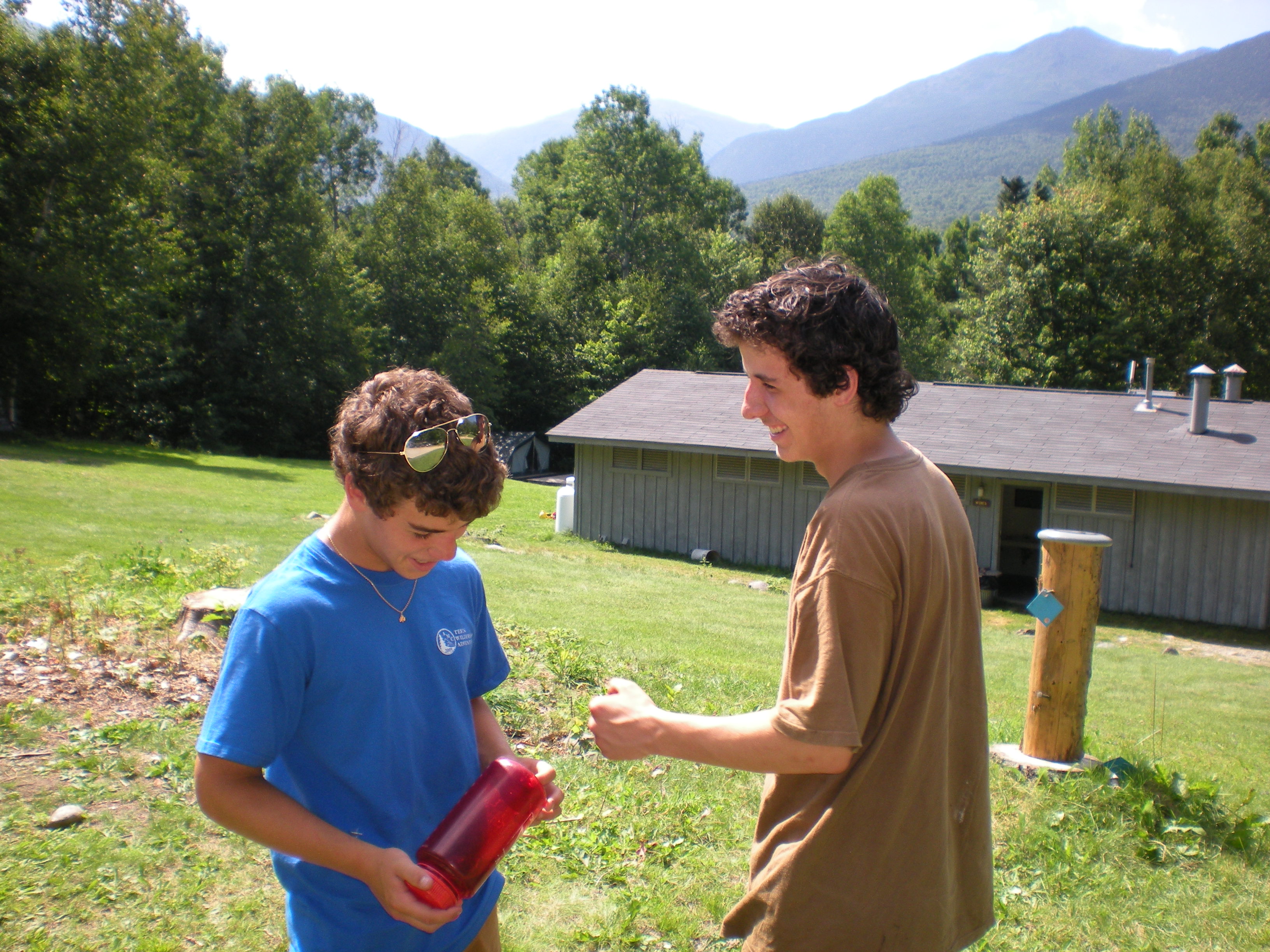 That Friday I picked up the kids coming out of the woods - Alex after his 10-day backpack in the Pemi Wilderness (at left at Pinkham Notch with his group leaders Rachel and Hobbes) and Oscar after his 5-day teen volunteer trail crew re-routing the AT (at right), They were happy and proud of what they had done, and mellow after that time away from civilization and electronics...We hung out for a BBQ with the other trail volunteers. I tried not to show how much I was bursting with pride, that would have been embarrassing. 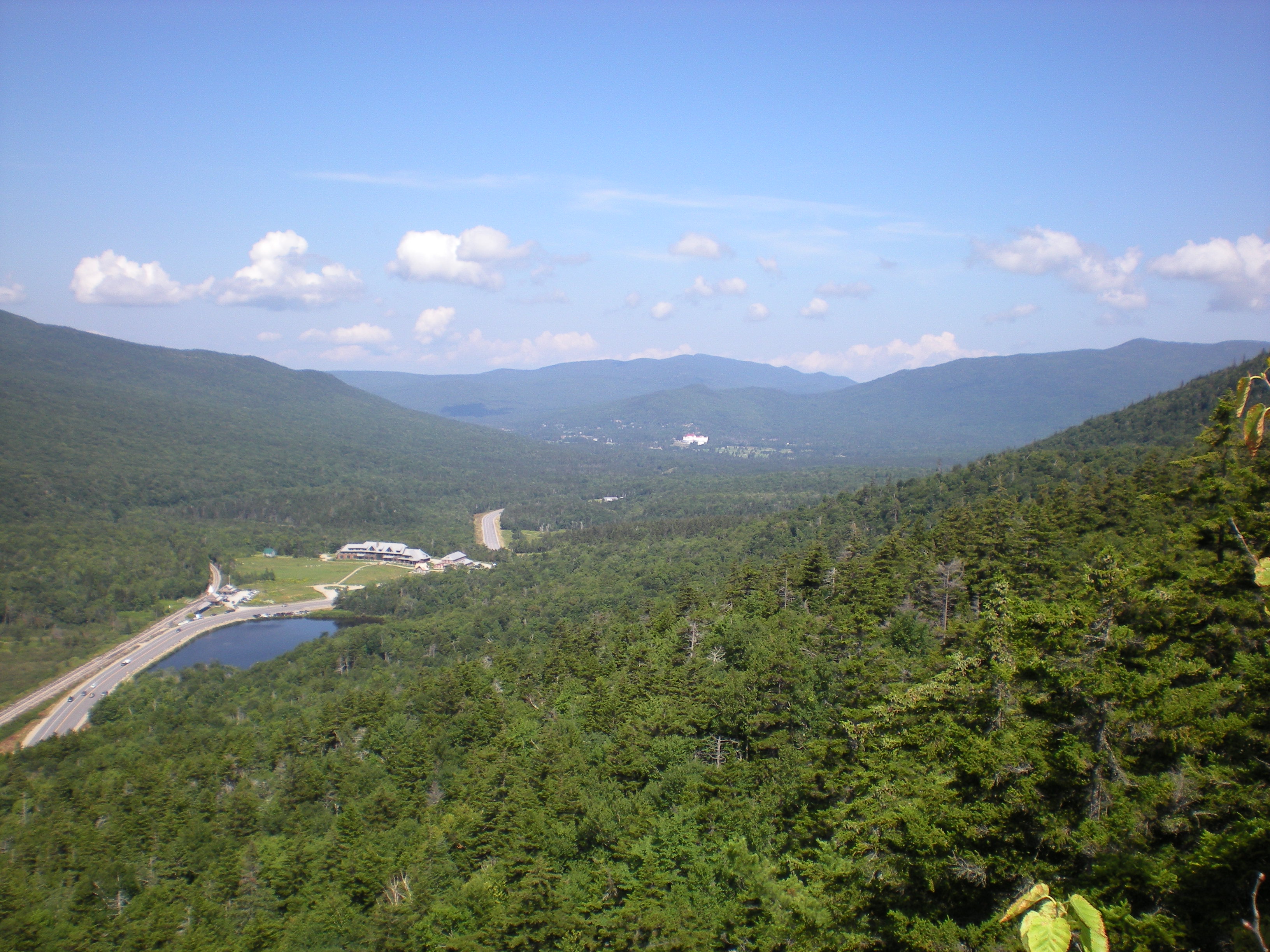 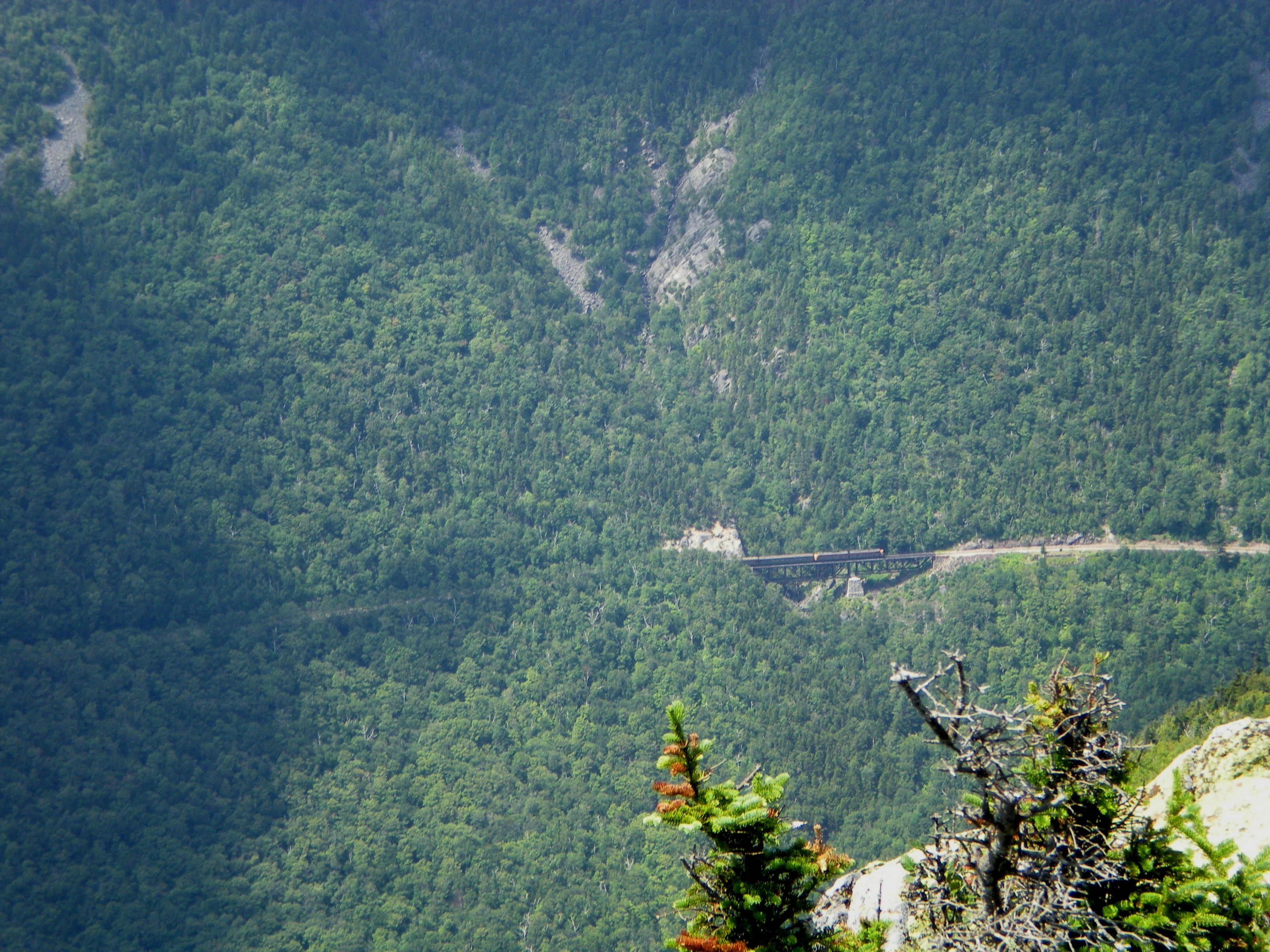 The following day the heat came to Bretton Woods, and with the prospect of a 90-degree day in the valley Roger Gagne and I decided to exploit the natural air conditioning of the mountains by doing the Webster-Jackson loop, over Mts. Webster and Jackson at the entrance of Crawford Notch. A short hike up from the Notch we did the side trip to Elephant Head (left), with nice views of the Ammonoosuc Valley, and on up to Mt. Webster, which tries hard to be a 4.000 footer but doesn't quite make it (3,910' - all we'd need is a real tall cairn). Down in Crawford Notch the train was passing through the Notch and over the trestle (right). That's the historical train track that opened the area to commerce and recreation in the mid-19th century. Now it's just for tourists, but Roger said it was worth the experience. 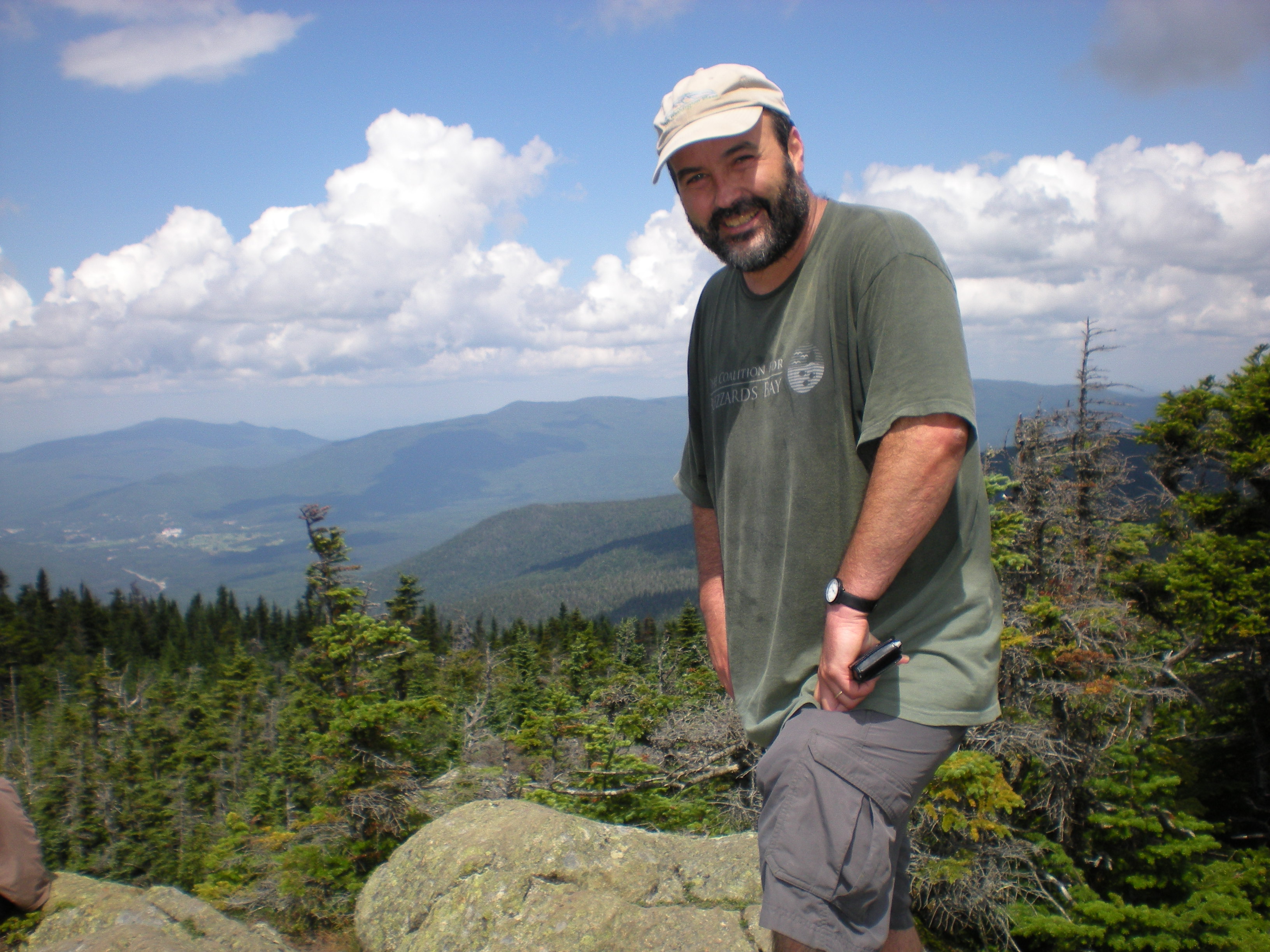 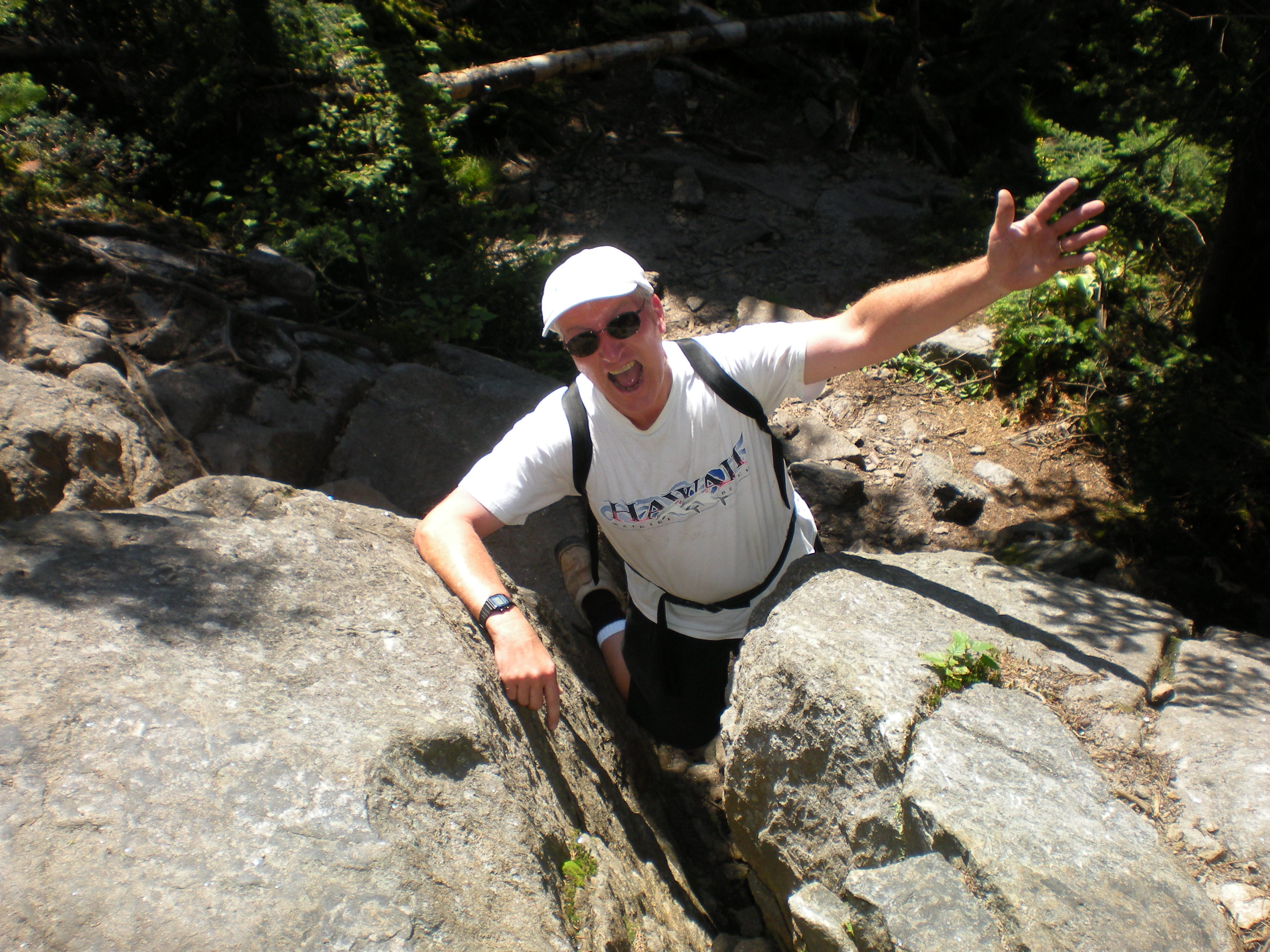 Mt. Webster had very nice views (left), and some grey jays looking for snacks. We enjoyed the cool breeze and hung out for a while before proceeding to Mt. Jackson (4.050'). The whole trail was very well graded and the stroll from Mt. Webster to Mt. Jackson (practically flat, often on ledge) was real pleasure, although access to Mt. Jackson required going over some steep ledges and Roger couldn't resist making a clown of himself (right). 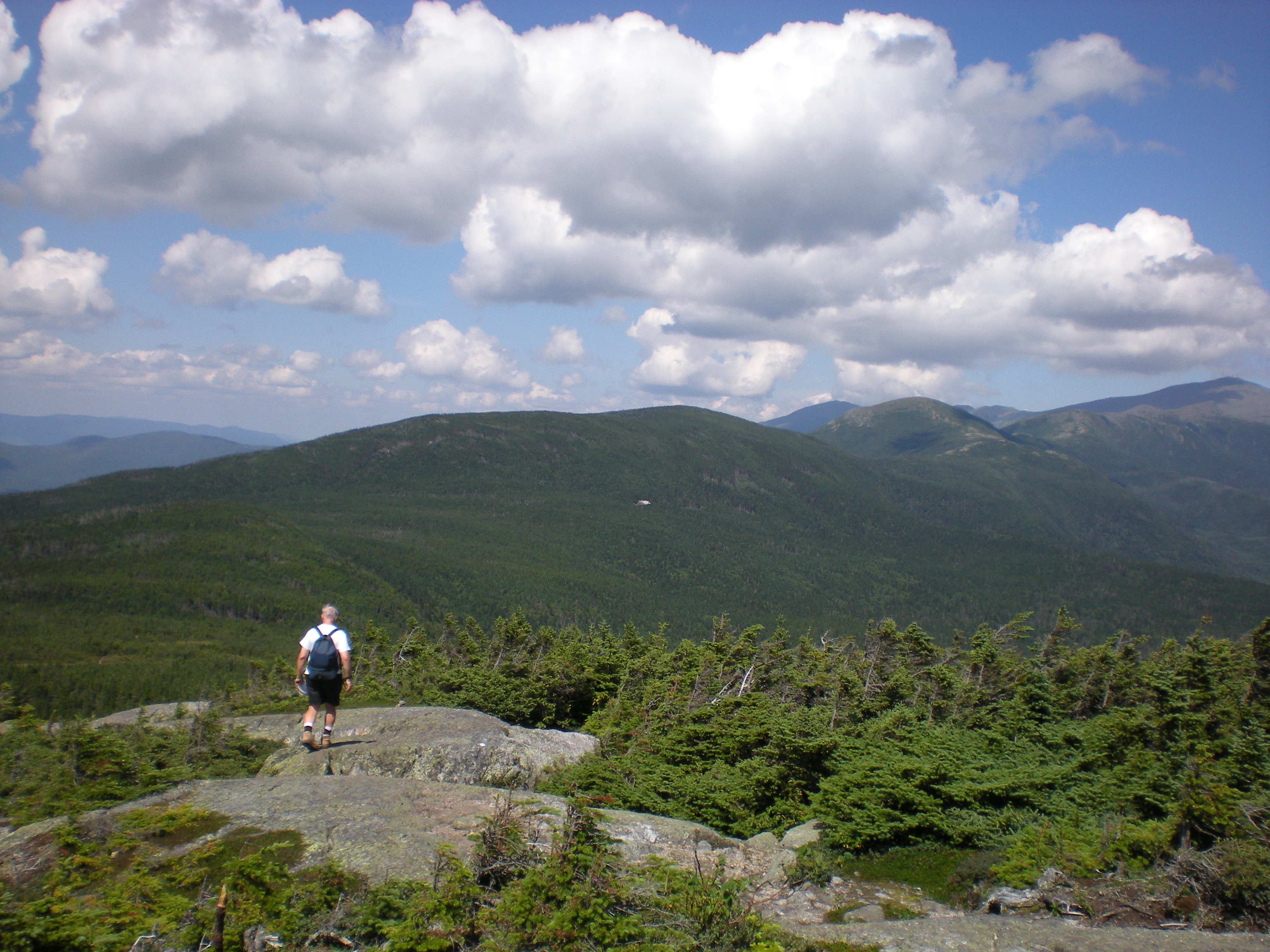 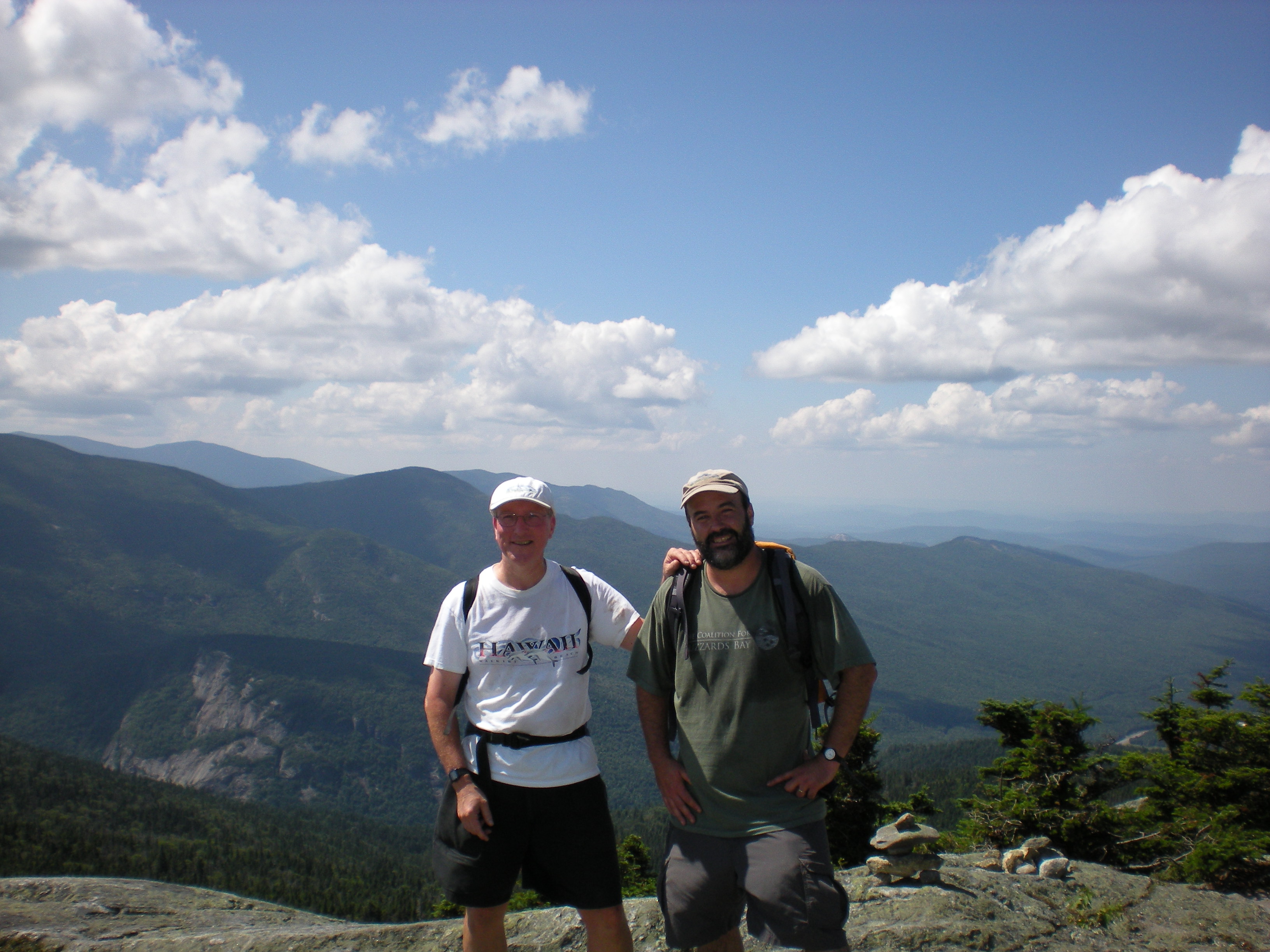 Mt. Jackson has a well-deserved reputation for having one of the best views of the Whites. At left is the view of the southern Presidentials looking out to Mt. Washington (and Roger's back), and at right is the view of the Willey range. There is a frequent misconception that the higher the mountain the better the view. In fact the lower mountains tend to give you a closer-range view that is more spectacular, and Jackson is a case in point. After enjoying the cool breeze some more we headed back down into the heat, and shot the rest of the afternoon in the shade with some tall pastis drinks in the true French tradition.