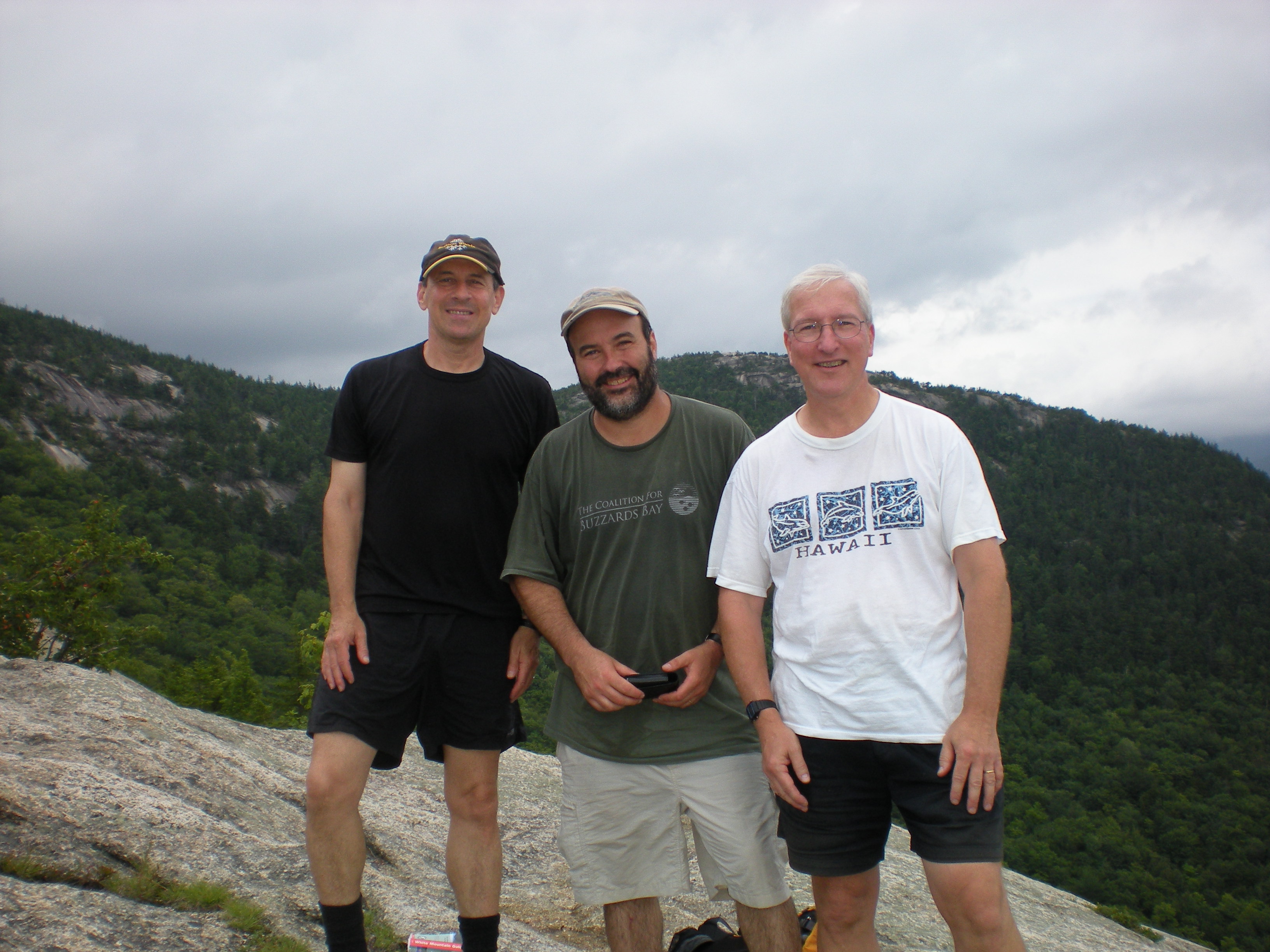 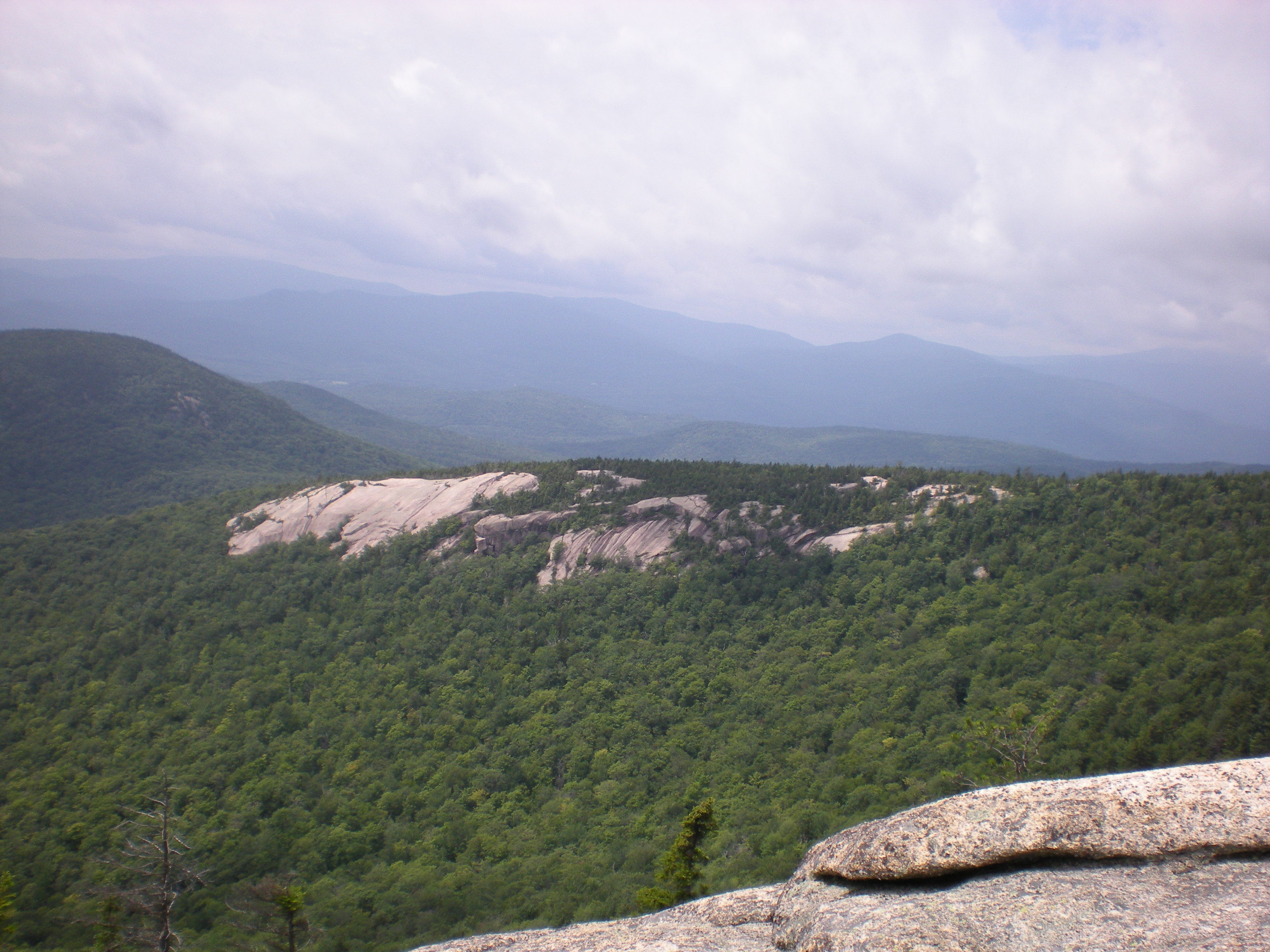 On that day Roger Gagne, Peter Gordon, and I headed to Waterville Valley to do the Welch-Dickey Loop. It was by far the biggest hike that Peter had attempted since his bone marrow transplant last October, and it was great to see him in such good shape! (left, with Roger at end of hike). I was in communion with my kids, one backpacking in the Pemi wilderness (Alex - on the Franconia Ridge on that day, I learned later), and the other on an AMC teen volunteer trail crew (Oscar - rerouting the AT in the Mahoosucs). Welch-Dickey is a semi-circular ridge (left, end of ridge as seen from Mt. Welch) anchored by Mtns. Welch and Dickey, and offers outstanding views of Waterville valley and the surrounding peaks. 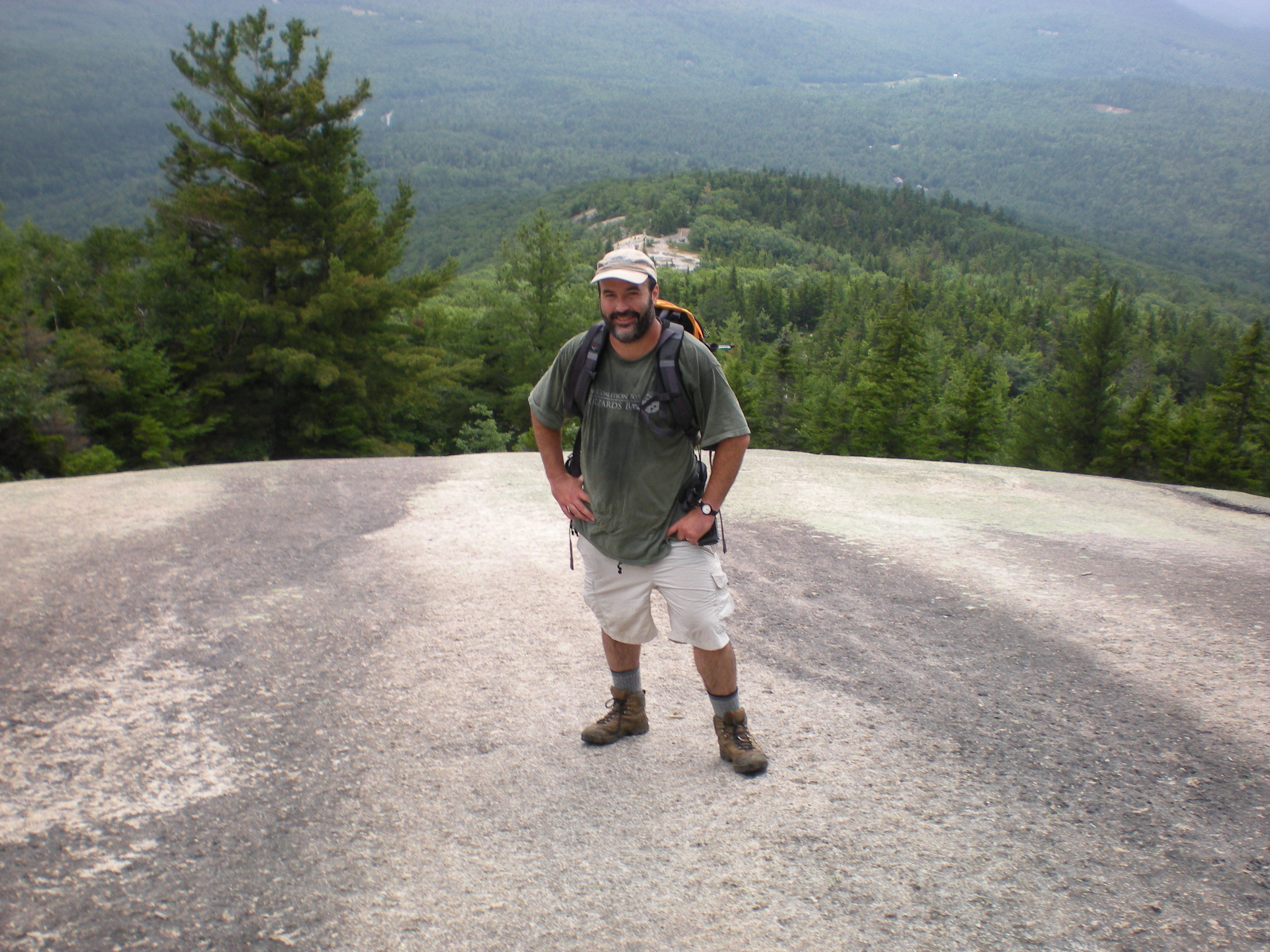 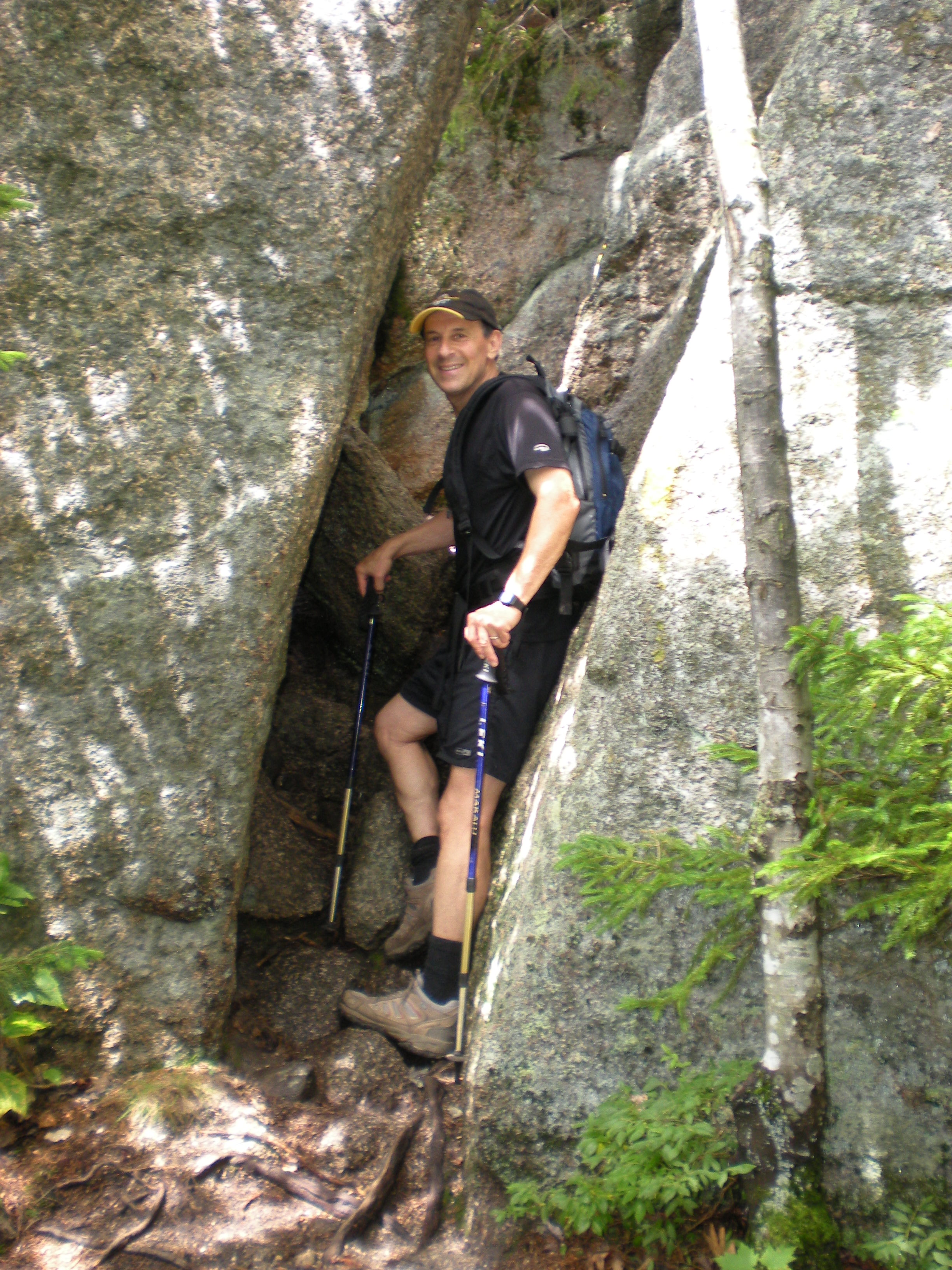 What makes the Welch-Dickey loop so outstanding for views is the profusion of open ledges. The ledgy trail is also easy on the feet, although sometimes very steep (left). There are many interesting rock formations, such as the split rock at right through which the trail and Peter try to squeeze (right). There were tons of blueberries on the sunny ledges - somewhat fewer after our passage. 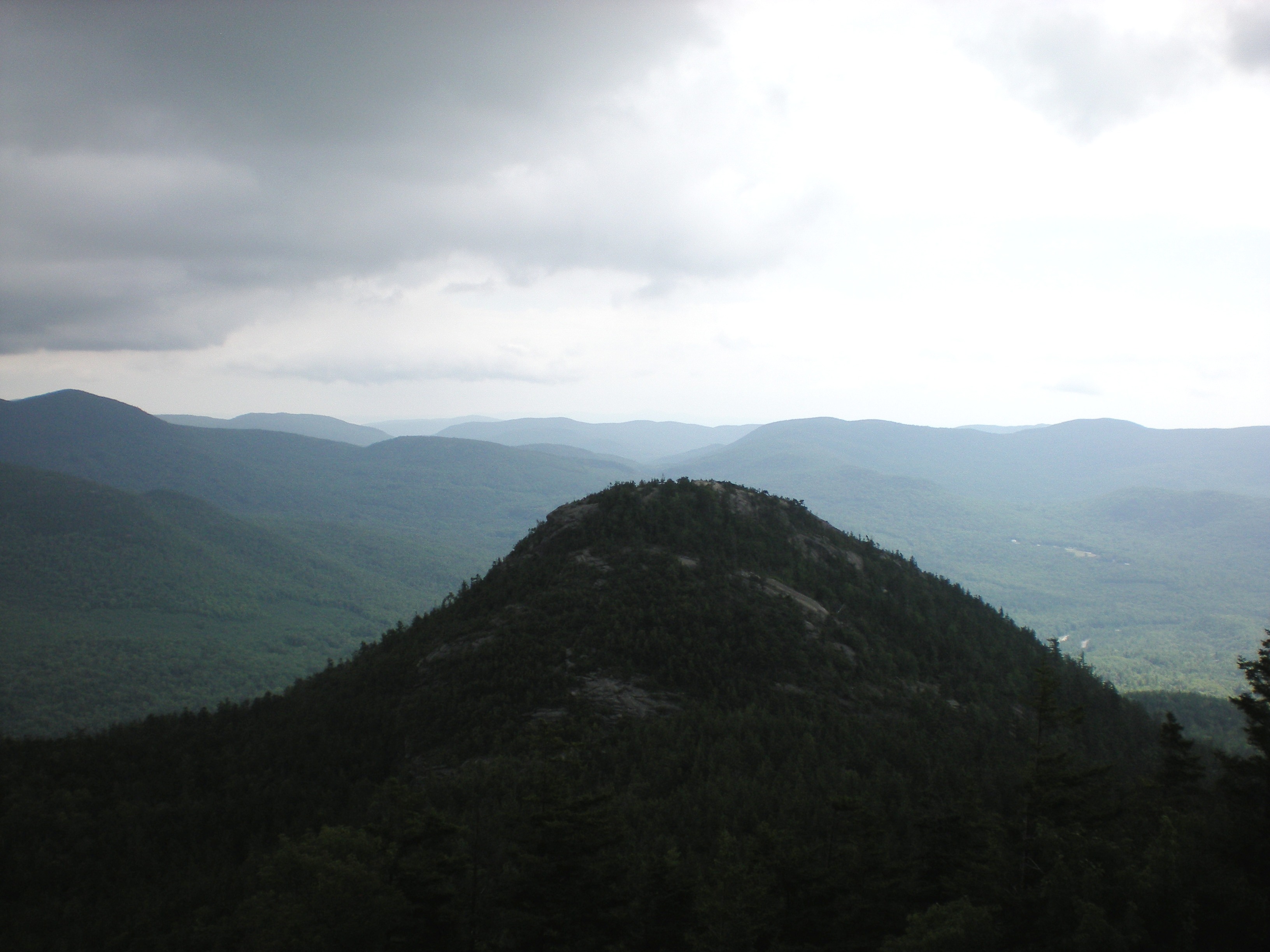 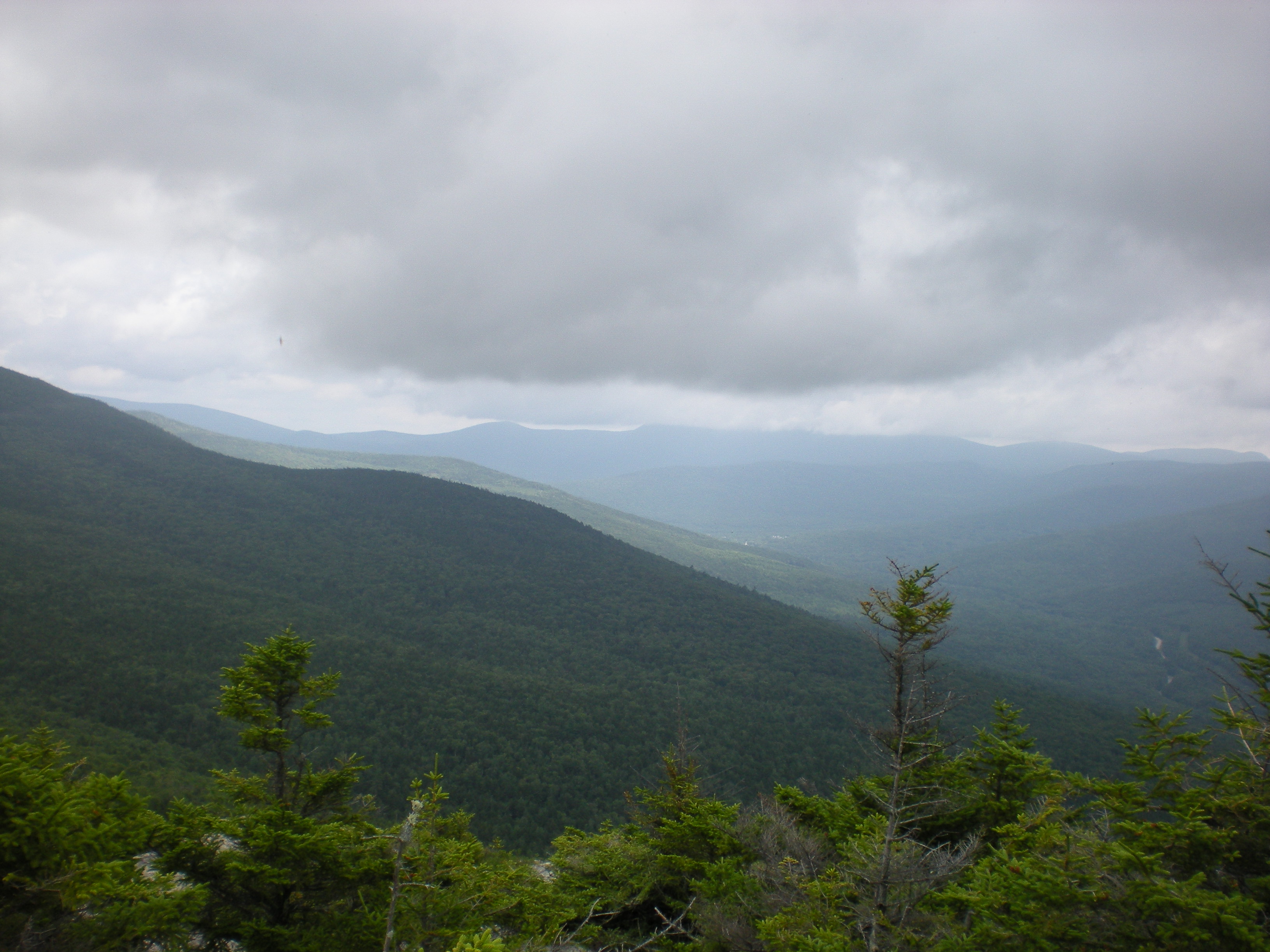 Peter calls the Welch and Dickey mountains "Sugarloaf on steroids", in reference to our local mountain in Bretton Woods that provides fantastic ledgy views from a mesa top and with little effort. Looking back at Mt. Welch from the top of Mt. Dickey one can appreciate the sugarloaf analogy (left). I don't often get to this part of the White Mountains and it was great to get such different mountain views. Cloud bases hovered around 4000', and Mts. Tripyramid, Osceola, and Sandwich Dome hovered in and out of clouds (right). 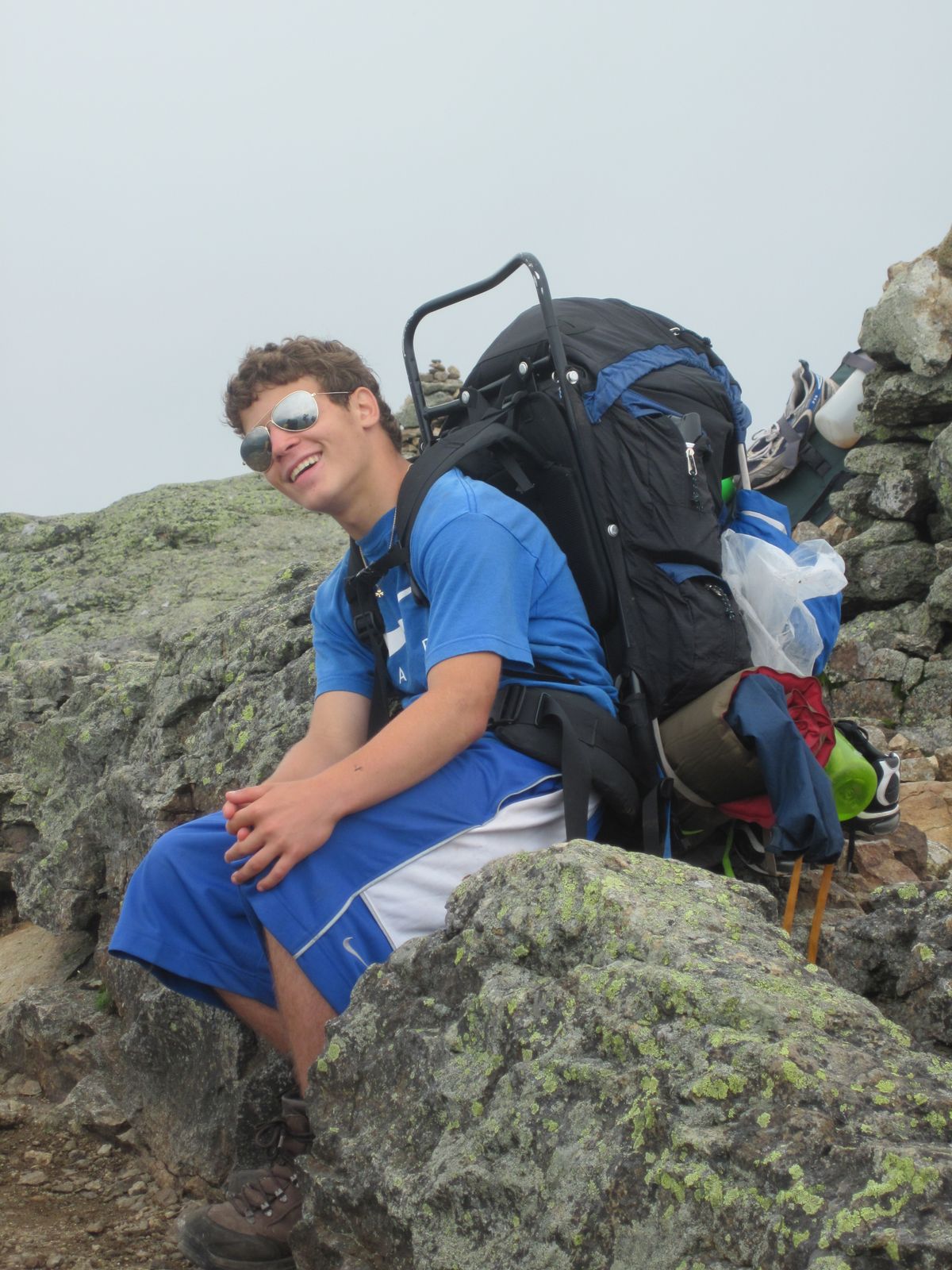 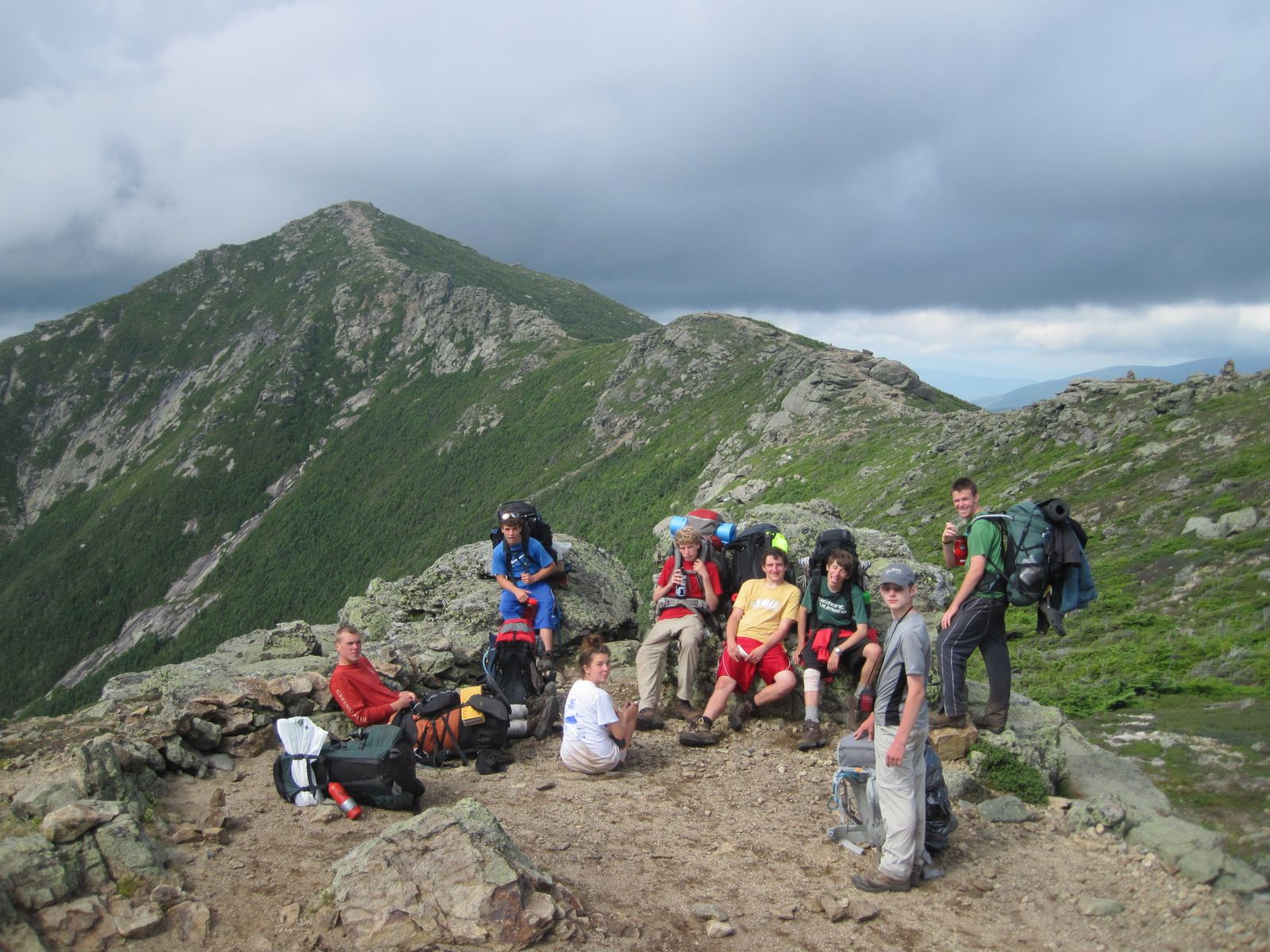 In and out of clouds was also the story for Alex on that day, starting from Mt. Garfield and doing the Franconia Ridge to camp at Liberty Springs. Here he is at Mt. Lincoln (left) and with his group at Little Haystack (right). The Franconia Ridge was his very first big hike, back in October 2002! We had serious wind and blowing snow then, I had to bundle the kid in all the clothes I could find in our packs...This time he enjoyed warmer climes and the summer views.