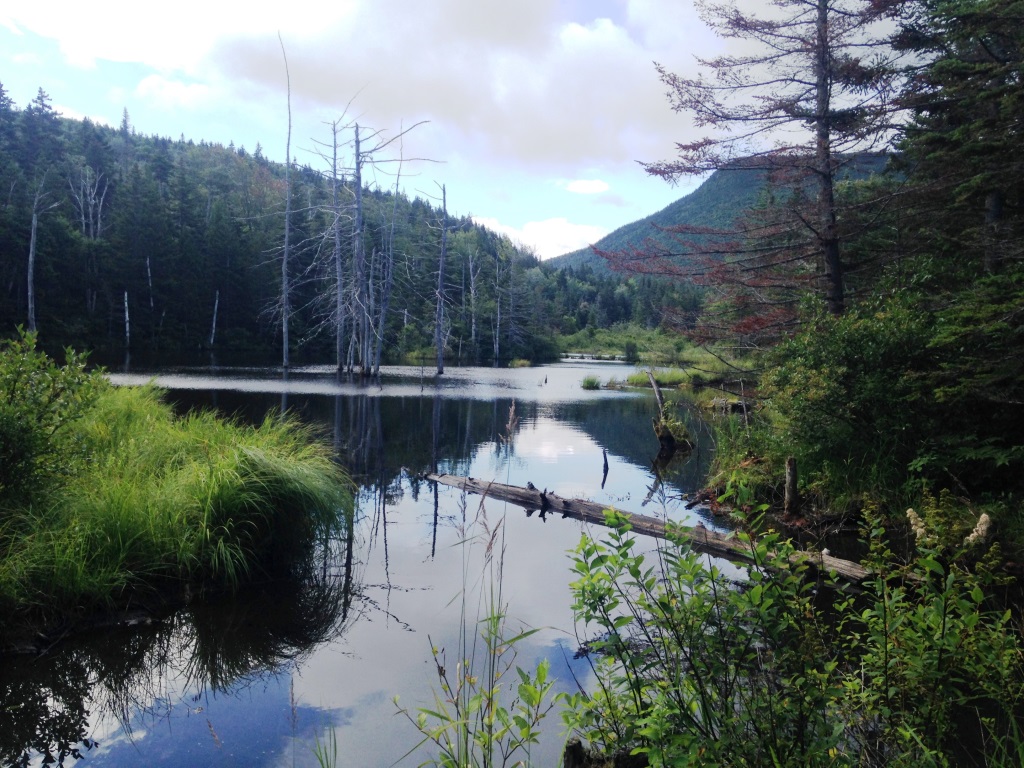 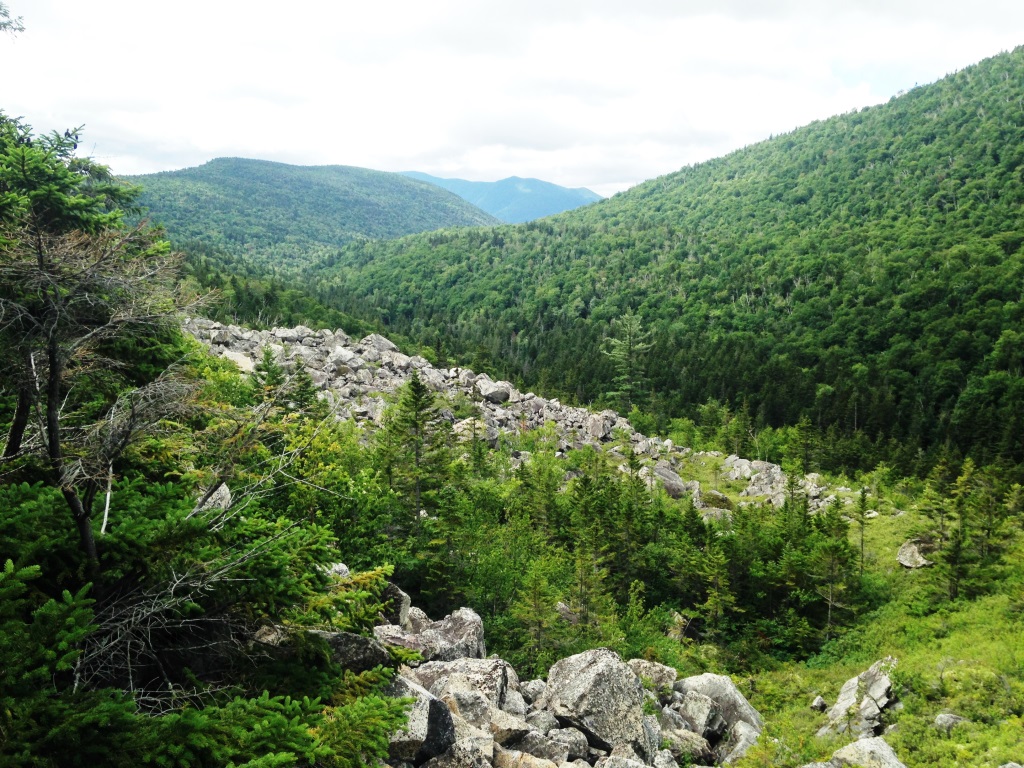 Whitewall Mountain (3,405 ft) is a trailless mountain in the Zealand area. I had done it back in 2015 but that was the year I skipped on doing the blog. I tried it again in 2017 but went up the wrong slide. This time with Peter Wyatt I was determined to do it right! We went up the Zealand Trail, with nice views of Zealand Pond at low water (left), and on to the Twinway until the point where the Whitewall slide flows across the trail, creating sweeping views along both lengths of the valley (right). 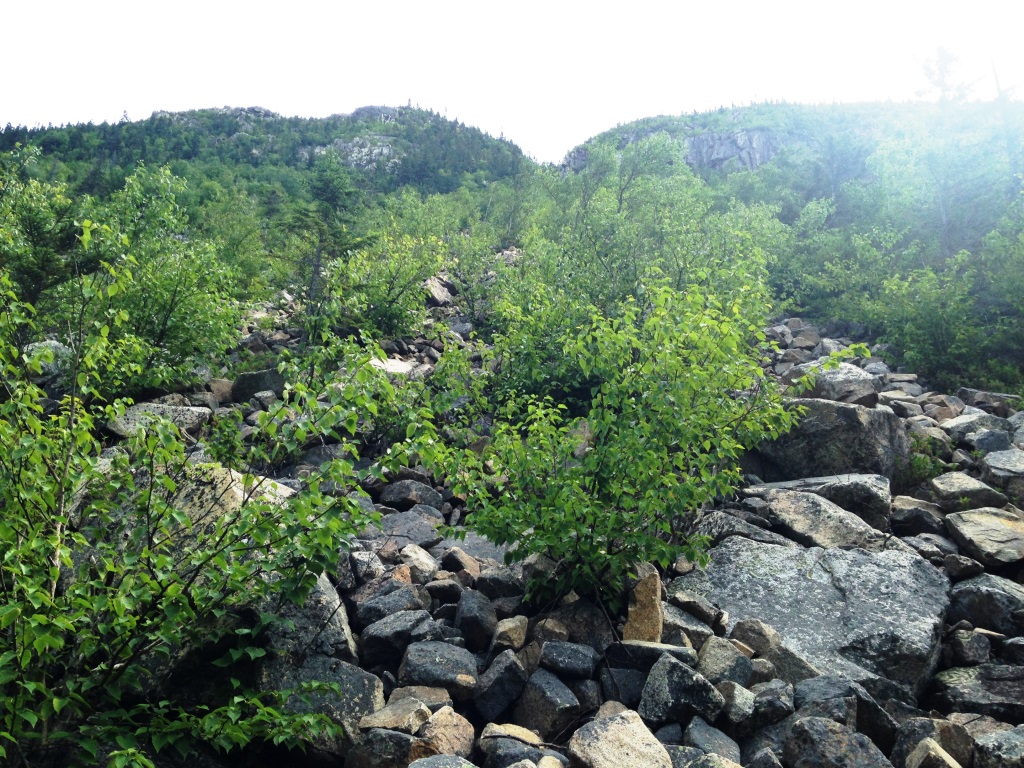 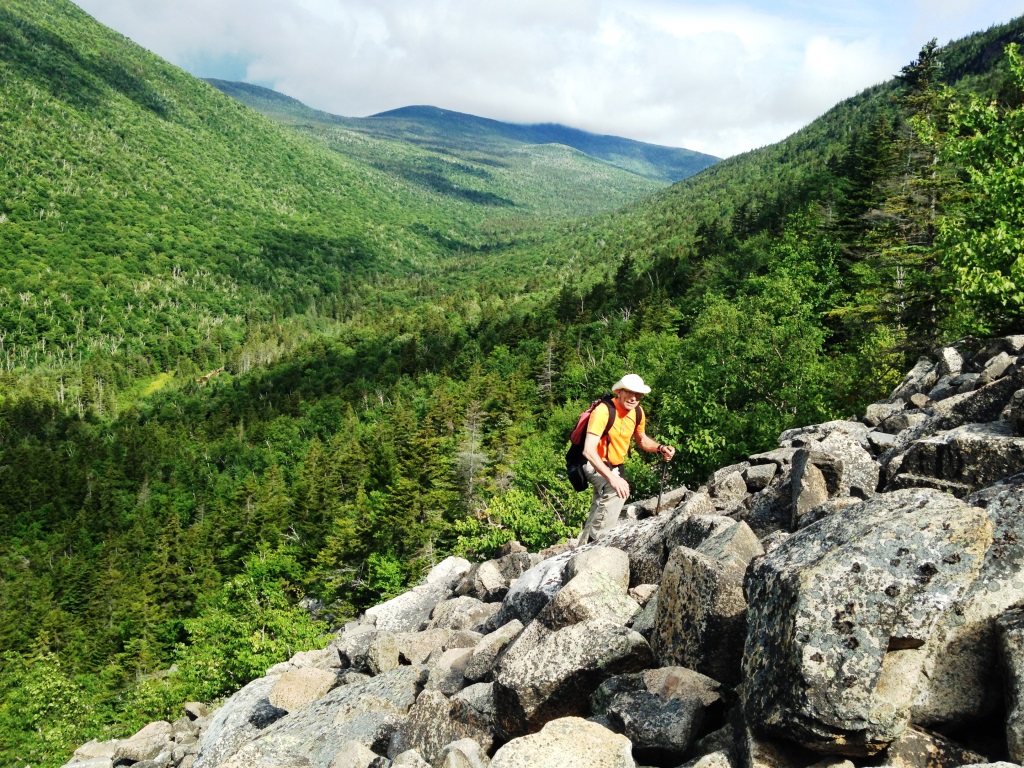 At this point we were looking up the Whitewall slide toward the notch that would bring us to the bare southern end of the top of Whitewall (left). This was a 1,000 ft climb mostly over the talus (right). It was'â€™t too difficult but we had to be careful for loose rocks. There were plenty of ripe blueberry bushes nested in the rocks. 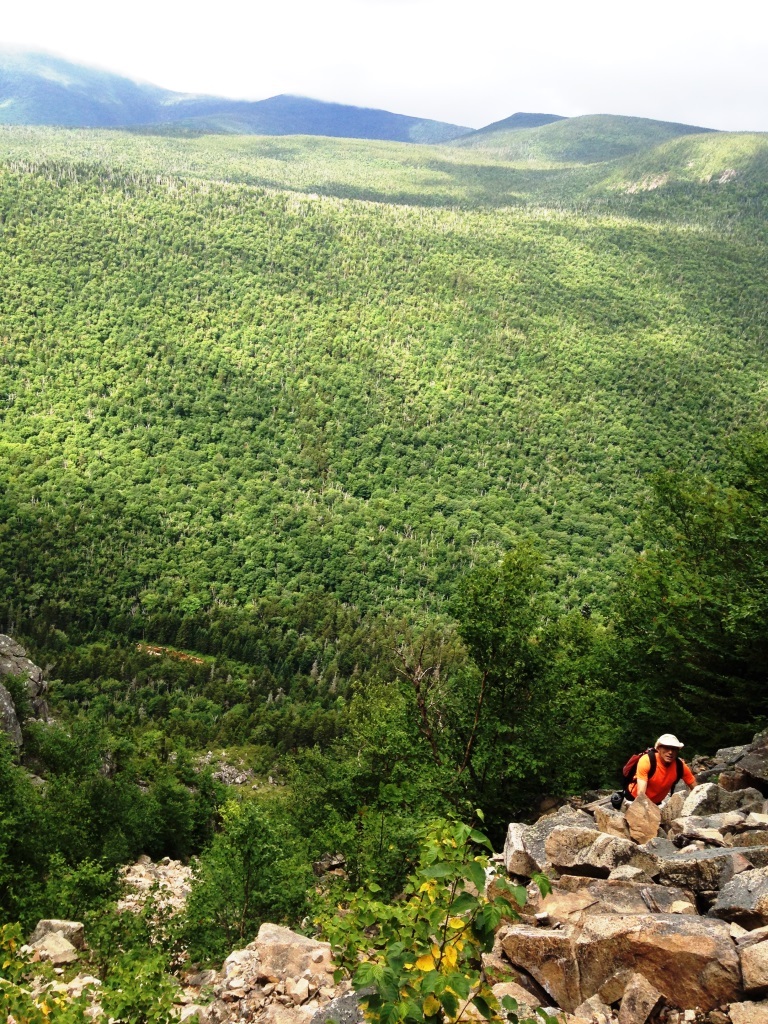 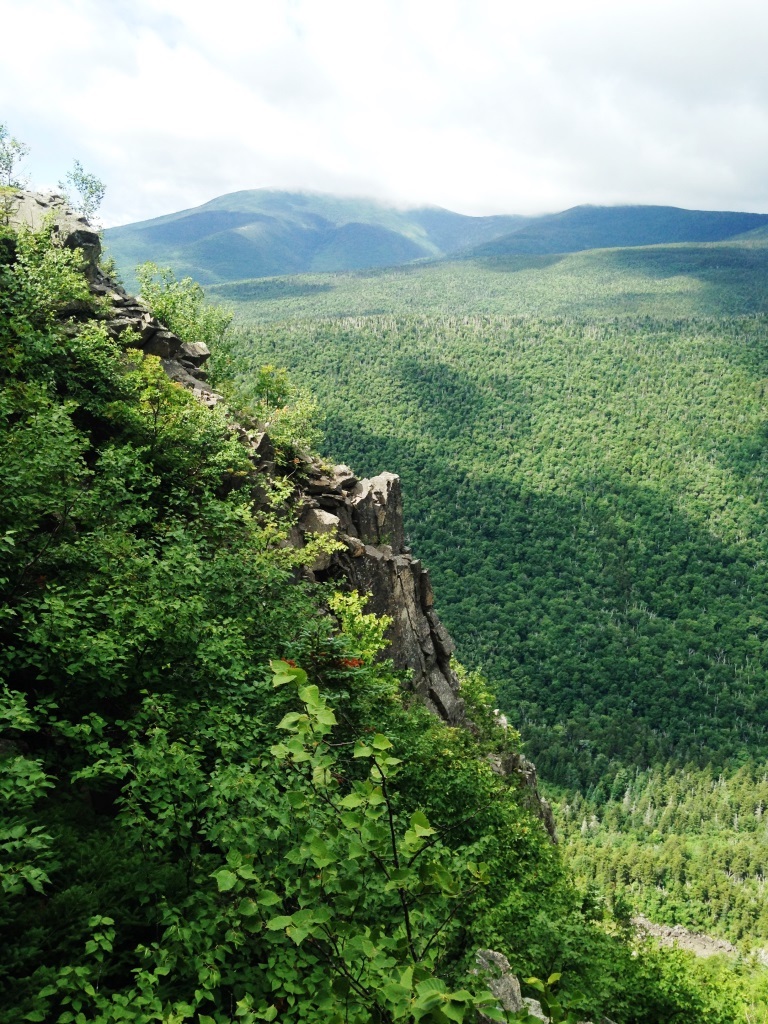 As we got to the top of the slide (left) there was an interesting cliff (right). From there on it was a regular bushwhack but we only had 200 feet to climb to get to the flat top on the southern end of Whitewall. 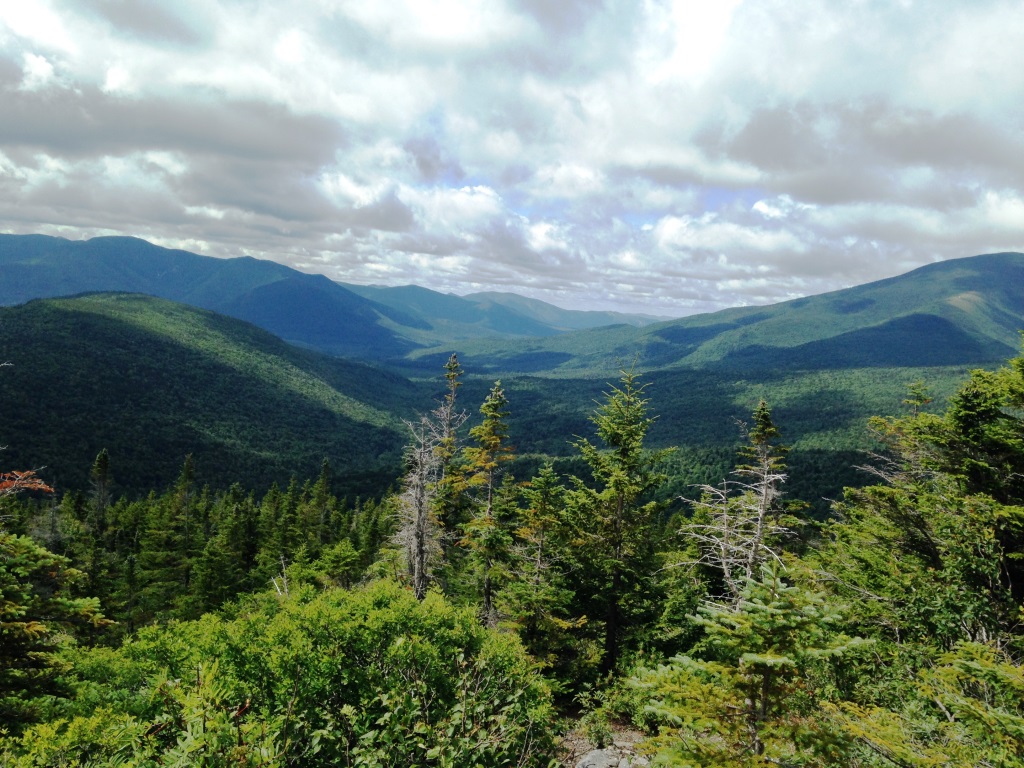 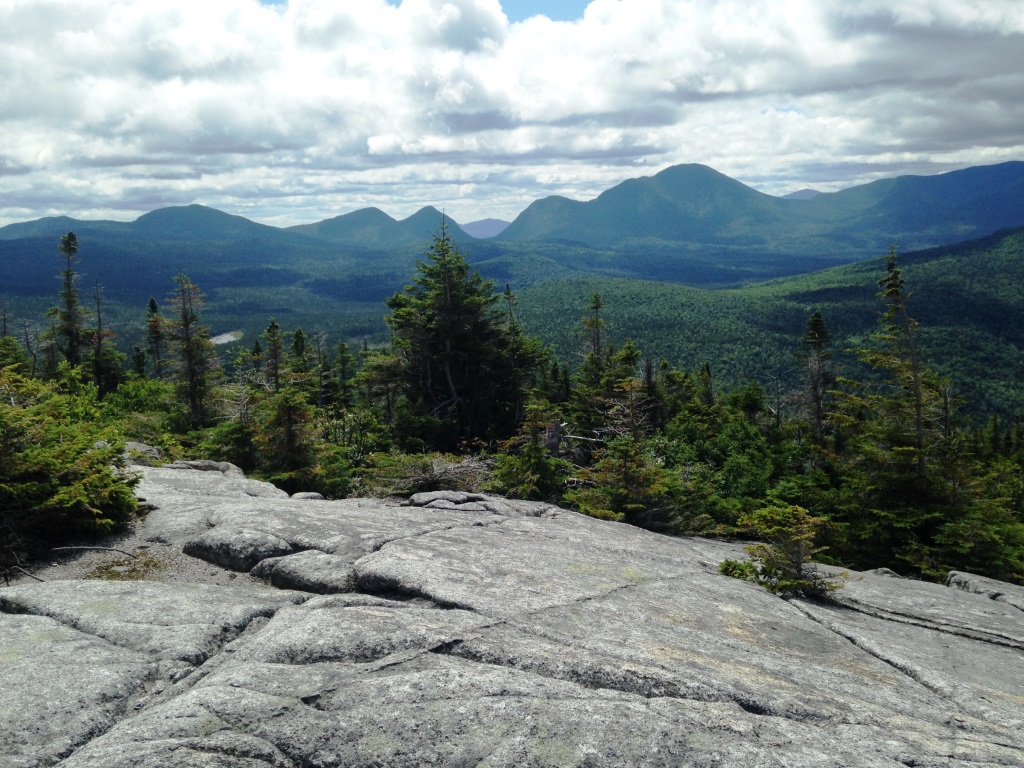 That bare flat area at the southern end of Whitewall is magnificent. The views are fantastic and unique, to the southeast down the Pemi valley (left) and to the southwest towards Shoal Pond (right). Carrigain was right in front of us, with the Captain to its right, another trailless peak that is on our to-do list. 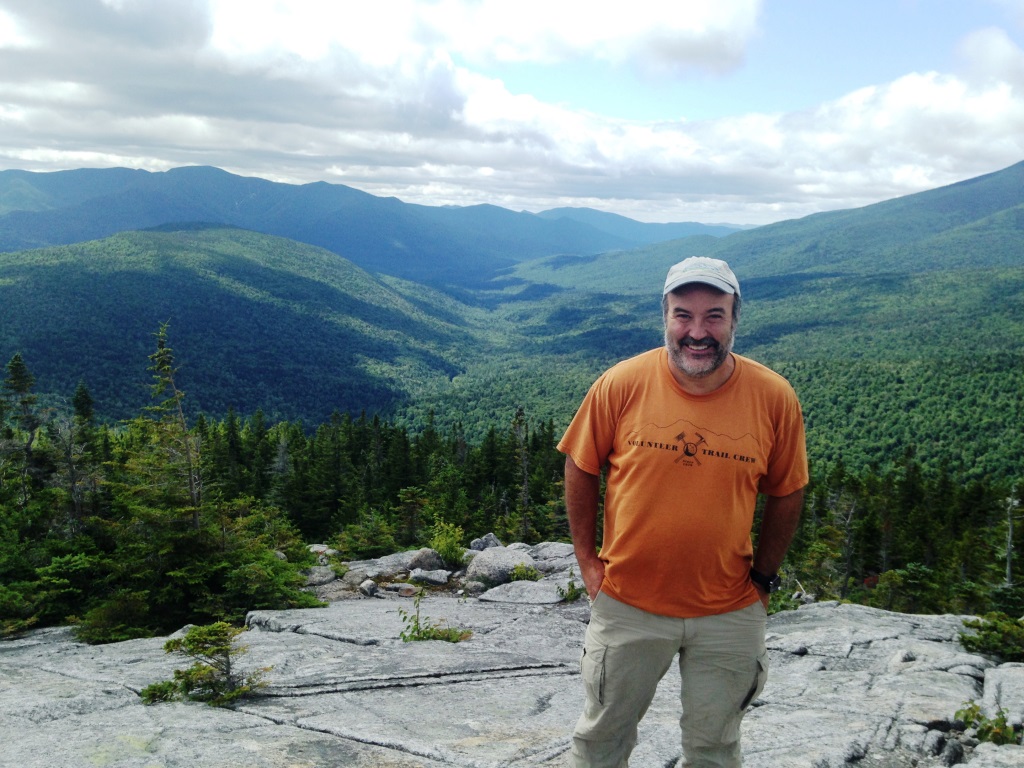 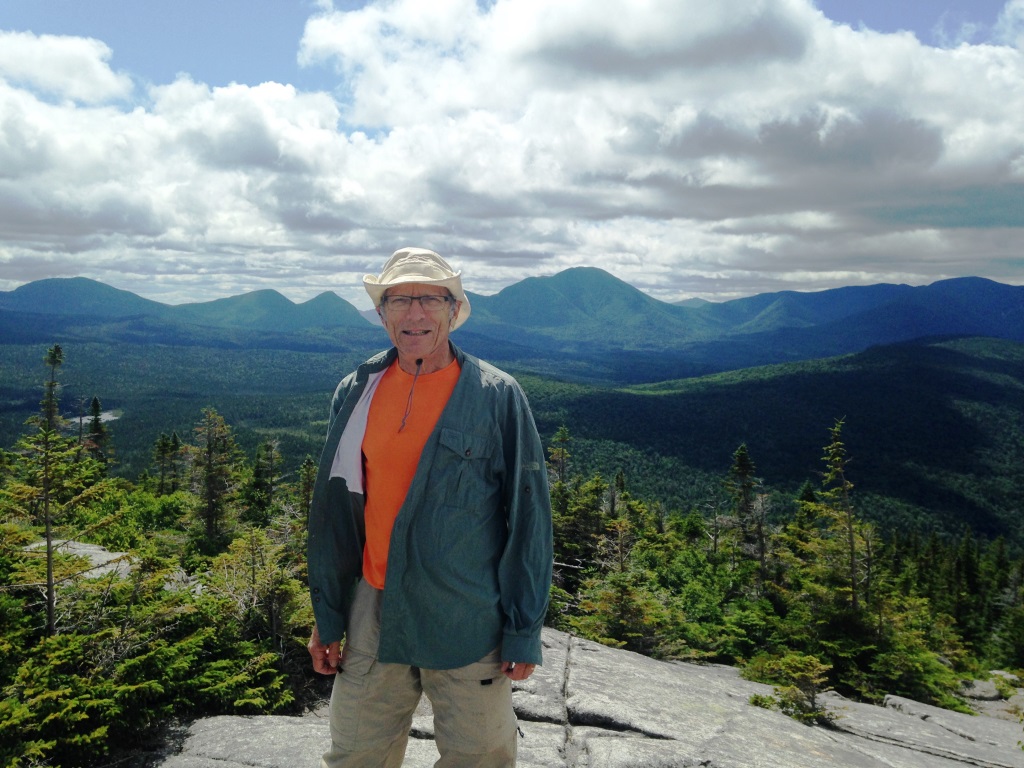 The scenery was so great that we had to get in the pictures (left and right). 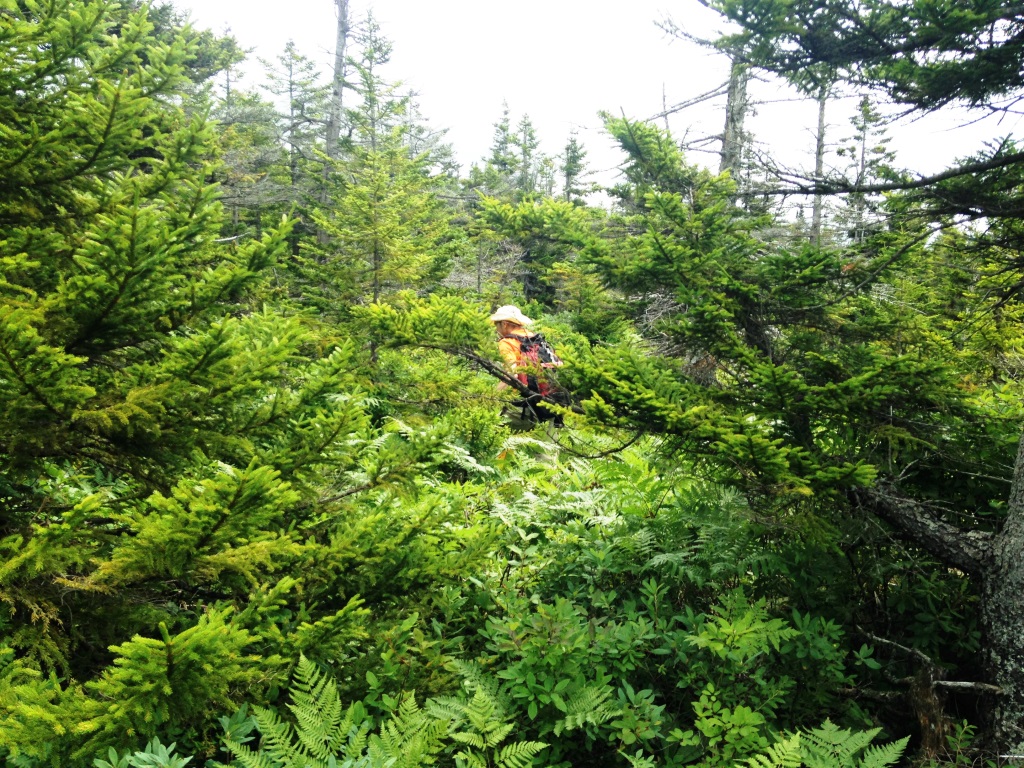 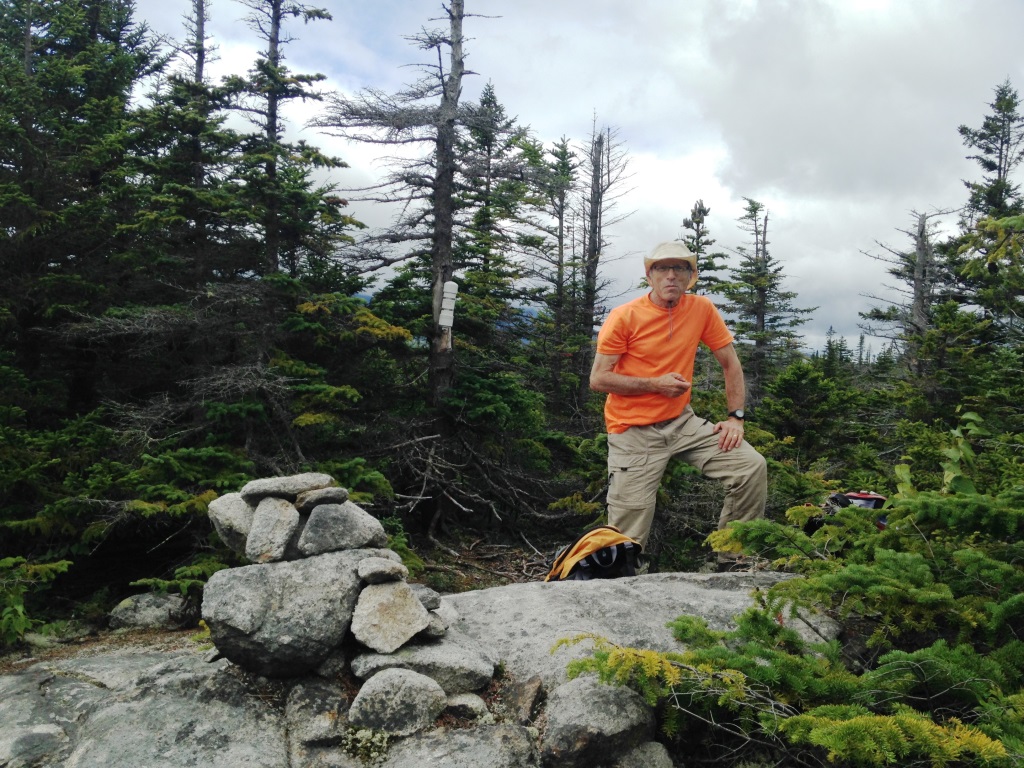 After hanging around for some time we went in search of the actual Whitewall peak, which is in the wooded eastern part of the summit plateau. This was a regular bushwhack (left) without much in the way of herd paths. The problem is that there are a lot of little bumps on the plateau, so we kept hoping that the next one was the top but no. After some searching we finally found it, with cairn and canister (right). 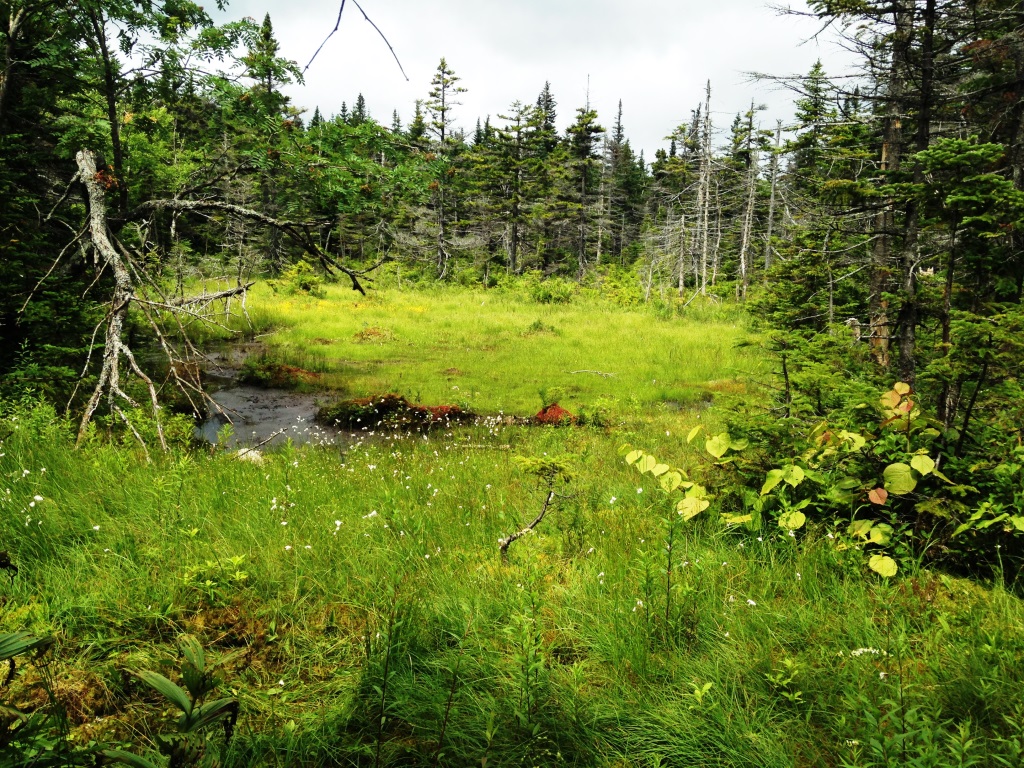 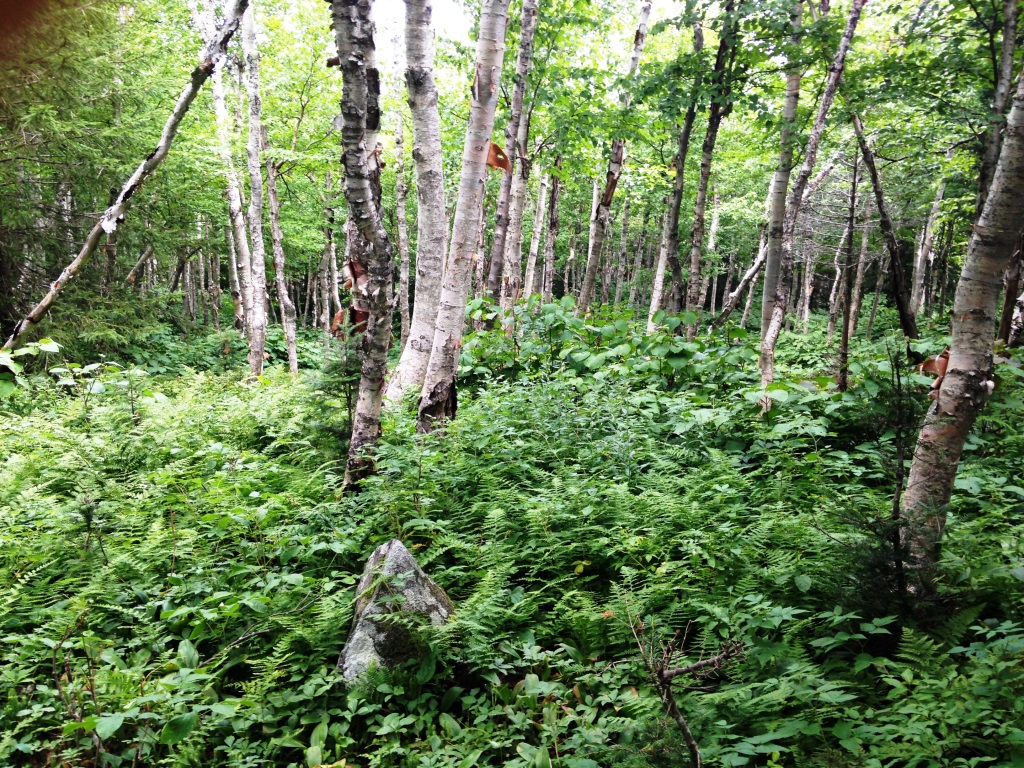 We then headed down in the general northern direction so as to eventually run into the A-to-Z Trail. We benefited when we could from moose trails and otherwise just plowed our way down. We found a number of beautiful meadows (left), unfortunately very wet too. Other times we were in mature birch forest pushing through big ferns and hobblebush (right). 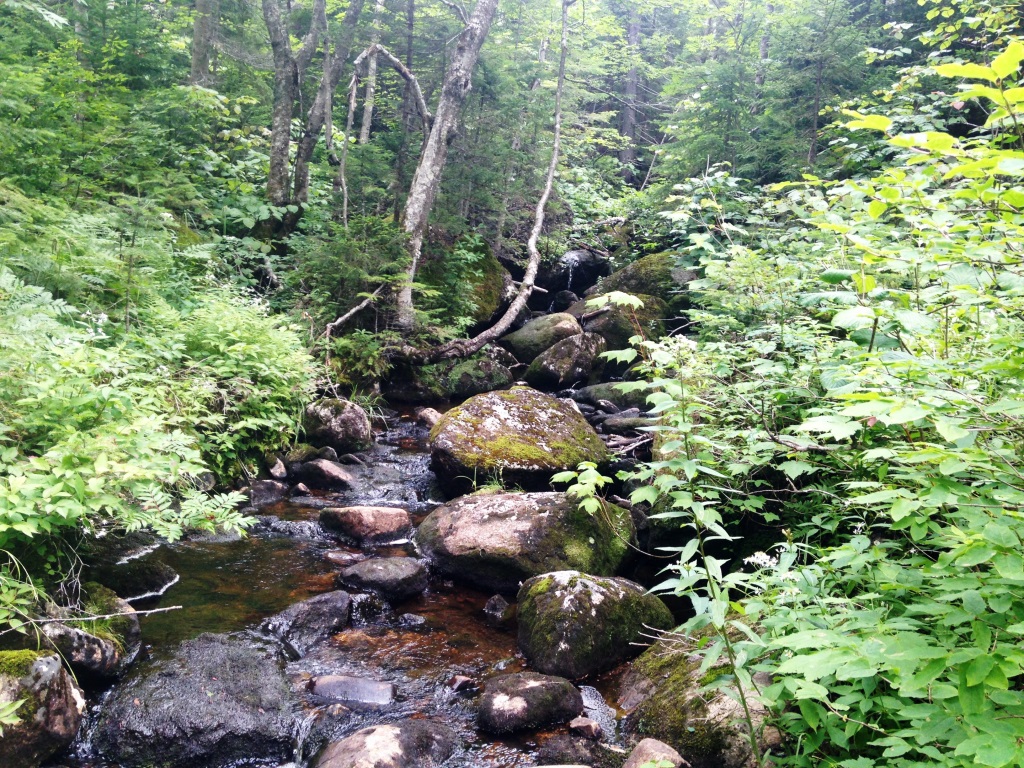 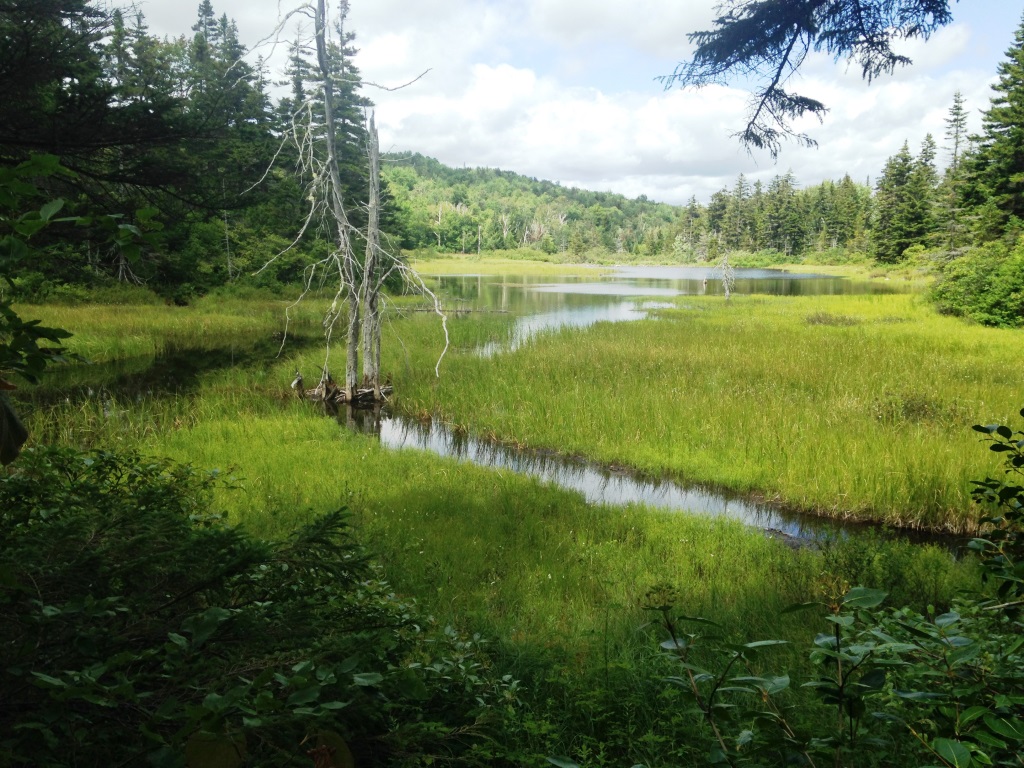 We ran several times into the small stream indicated on the trail map, and it eventualy got bigger by accumulating water from various streamlets (left). Wwe tried to go down it for a while by hopping from rock to rock but that didn't work very well. Anyway, we finally ended up on the A-Z Trail and from there got back on the Zealand Trail. Just before rejoining the Zealand Trail we had a great view of the beaver ponds off Zealand Pond (right).