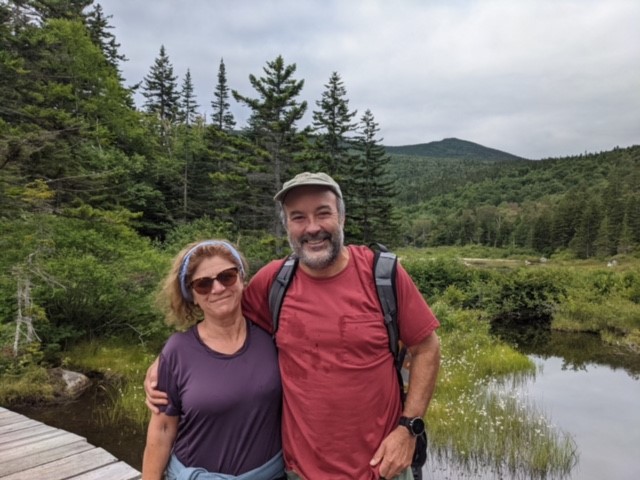 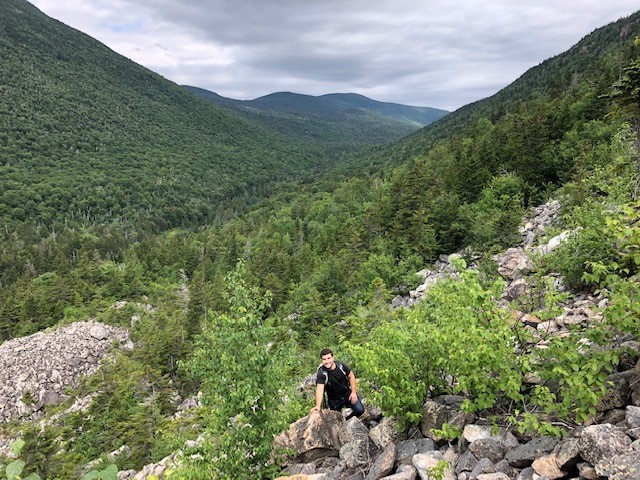 My son Alex wanted an adventurous hike so we went to Whitewall, a beautiful trailless climb. My wife Janice met us on Zealand Trail (left) and parted with us to go to Zealand Hut. We continued on the Ethan Pond Trail to the Whitewall slide, just before the intersection with the Zeacliff trail. From there we stared at the V-shaped notch up the top of Whitewall (see pic from my 2019 hike) and left the trail to start the climb up the slide (right). 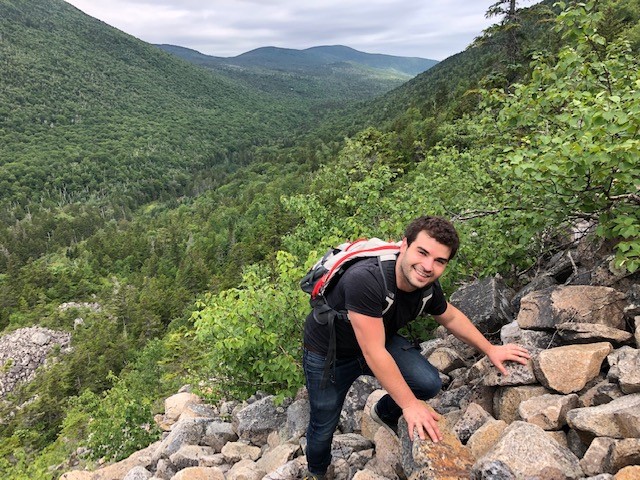 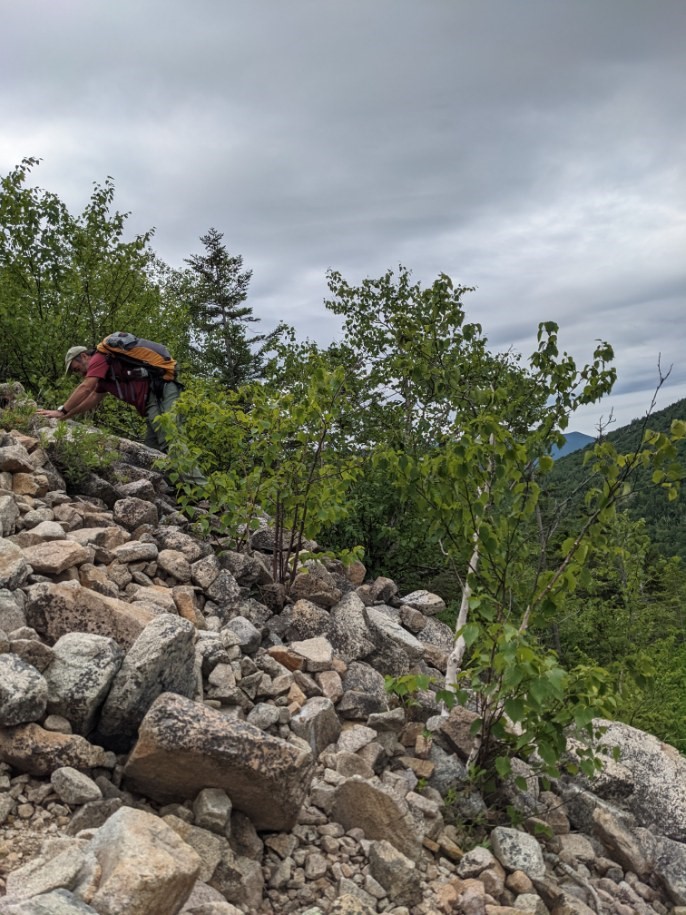 The climb up the slide is fun (left and right). It's steep but not overly so, you have to be careful with loose rocks, and use hands and feet on the large rocks. There were ripe blueberry and cranberry bushes nestled between the rocks. As we got near the top the vegetation grew more and more into the slide, and eventually the slide was gone but by then we were so close to the top that we could see the sky through the trees. 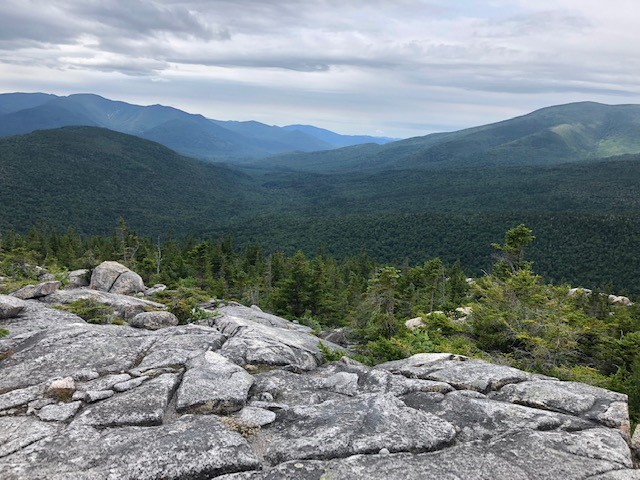 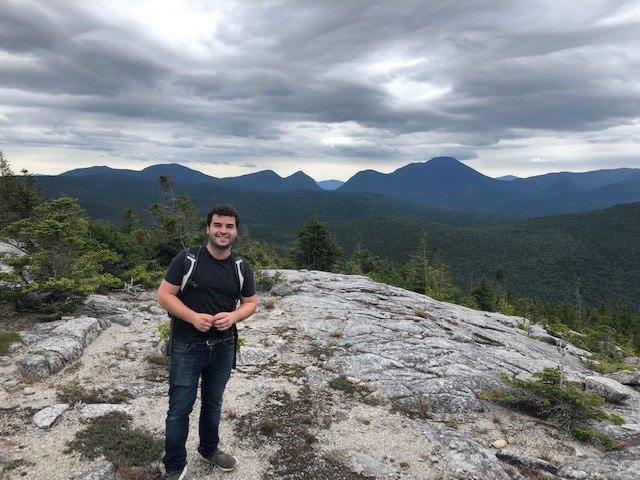 The top of Whitewall is a big plateau, and we headed to the south end where the views are magnificent (left and right). 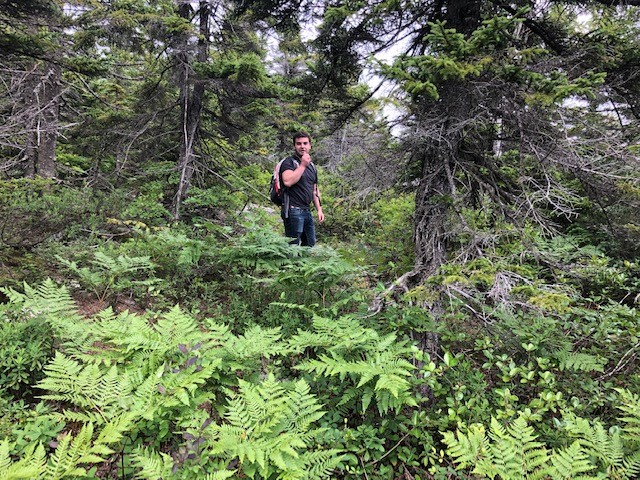 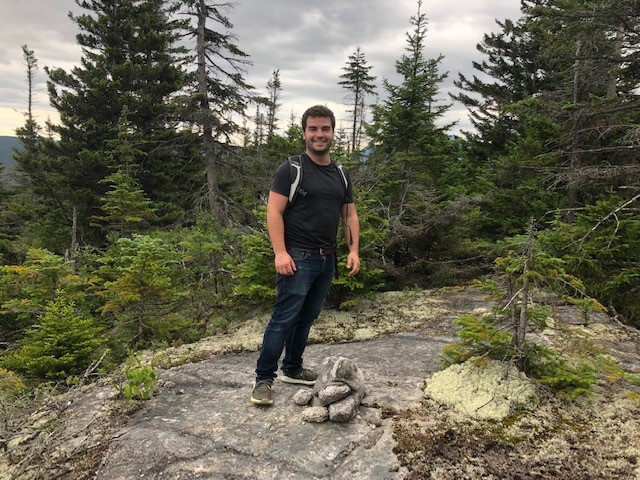 We then headed north to hunt for the actual peak, documented by cairn and canister. This is a fun bushwhack search (left), with a lot of false knobs that we thought would be the summit but were not. The AllTrails app, which I was using for the first time, did not have the summit in the right place. Eventually we found it (right), on the eastern edge of the plateau and about two thirds of the way north. 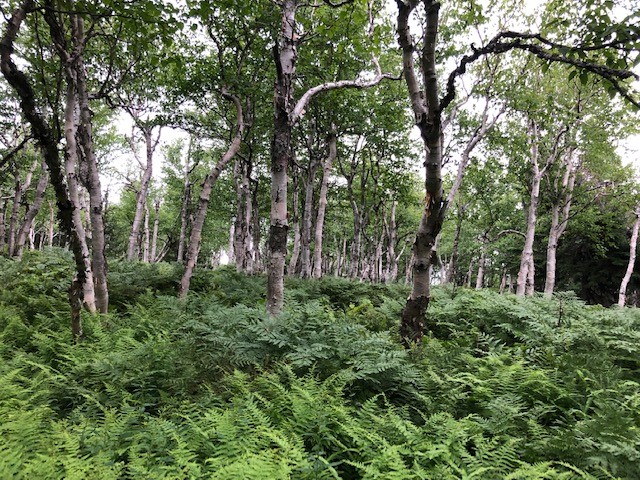 From there we headed down north. Just before dropping from the plateau we saw a nice wetland (left). The initial descent was tedious through thick spruce, but quickly eased to an enchanted white birch forest with a fern and hobblebush understory (right). We saw a lot of moose and bear poop, and occasional animal herd paths that quickly fizzled out. 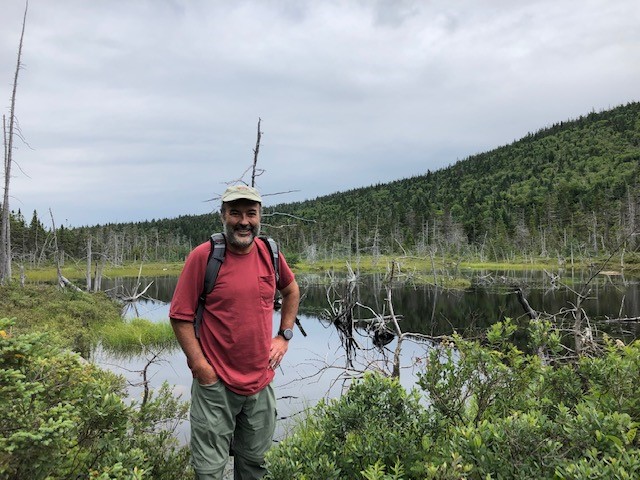 With my AllTrails app in hand I wanted to go to a mysterious nameless pond that shows up on the maps in the valley to the east of Whitewall. There's a cliff on the east side of Whitewall but after we dropped north some distance we started to angle east and found the going to be good through open spruce. In this manner we reached the nameless pond at its southern end on a well-defined moose track (left and right). It's a beautiful though swampy pond, serene and nestled between two mountainsides, and I found it great that it gets so few visitors that it doesn't have a name. 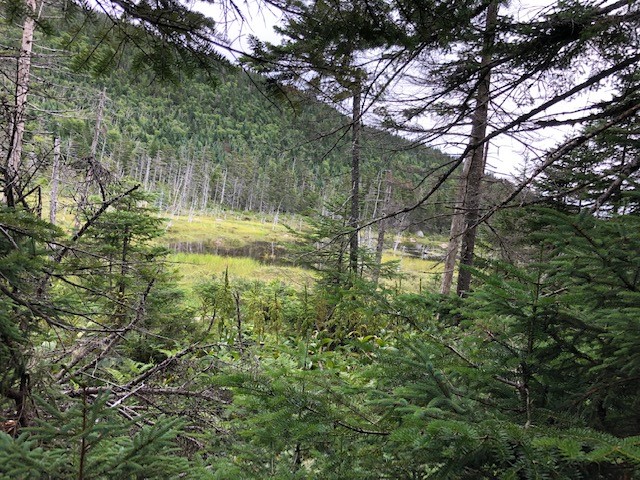 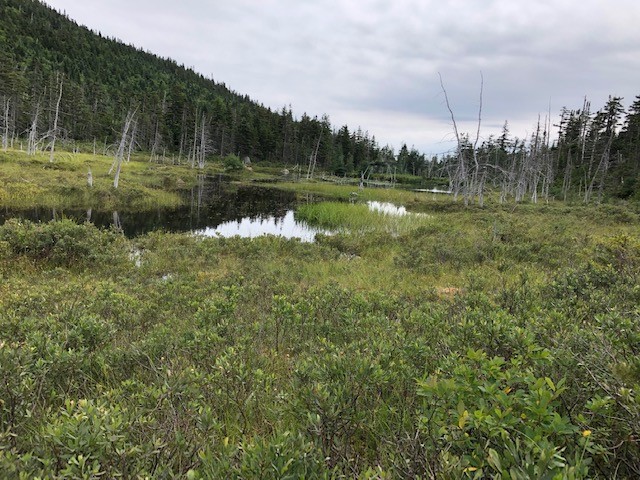 From there we headed north along the pond, taking to some elevation to avoid the swampy areas (left), and took another view from the northern end (right). 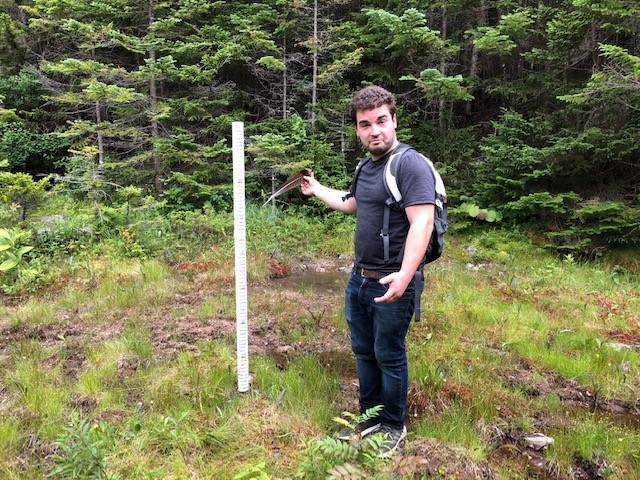 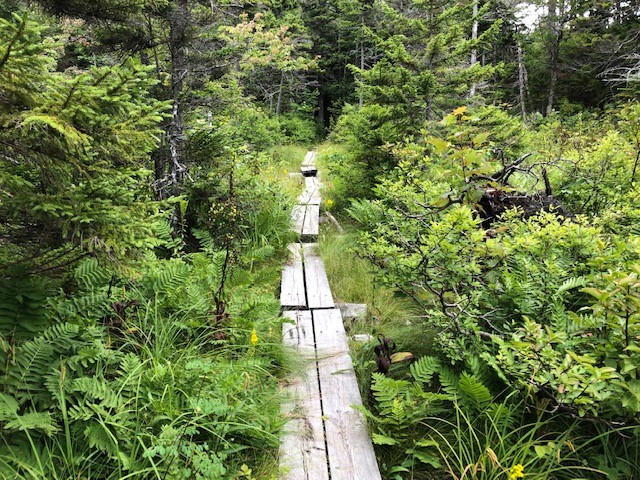 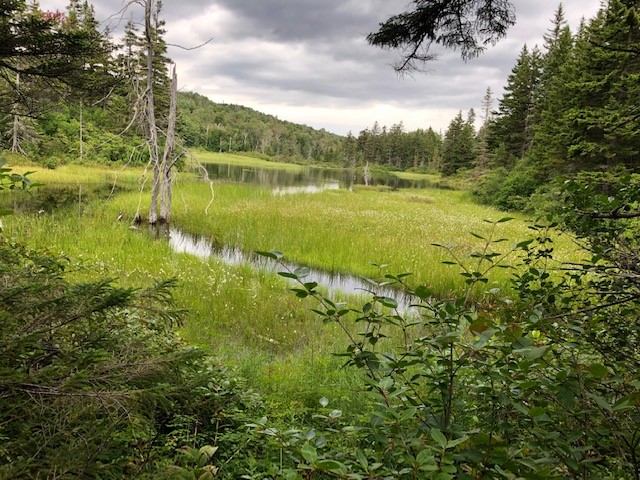 After that we headed north in the direction of an old logging road that was showing up on my app, south of the A-to-Z trail. I wondered if that road was for real because it's not on the AMC map, but a source of great frustration is that the AMC map only shows hiking trails, not snowmobile or old logging roads - if it did that would open up a lot more hiking possibilities! Anyway, heading north was a tough slog through swampy areas and thick spruce - the nameless pond is well-protected against visitors! Alex lost his shoe in a swampy spot and his foot got pierced by a branch, very painful but fortunately no real damage. We made it to the old overgrown logging road and the going became much easier though with wet stretches. At one point there was an odd height measuring stick with a feather attached (left). We eventually reached the A-to-Z trail and then it got much easier, with welcome bog bridges to take us through swampy areas (middle). The A-to-Z trail took us to Zealand Pond (right) and Zealand Trail, from which it was a short hour back to the car.