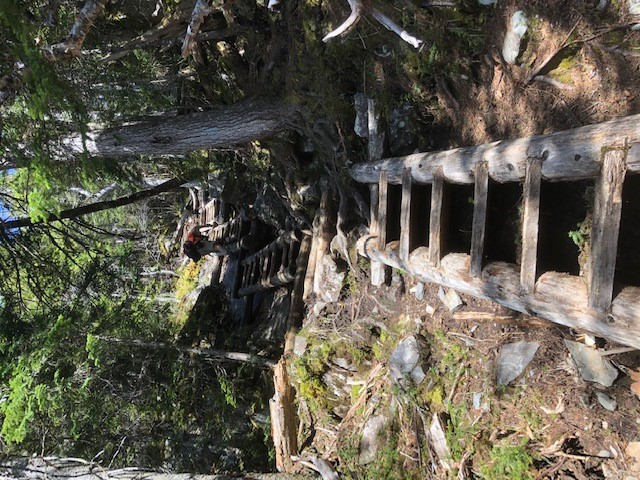 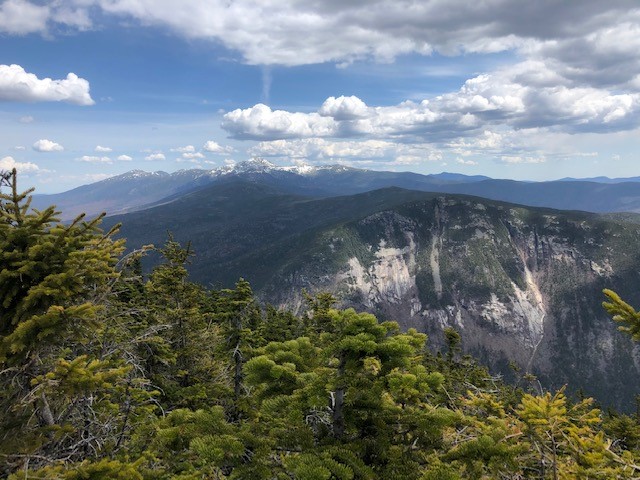 Mt. Willey is arguably the steepest climb in the Whites. Peter Wyatt and I started from the Ripley Falls trailhead, connected to the Ethan Pond Trail, and on to the Willey Range Trail. At that point the trail begins to climb 1,600 feet in just 1.1 mile. At 3,400 feet is a system of ladders to go up a particularly vertical stretch (left). The ladder rungs have wide spacing so by the time I got to the top I was totally pooped. After some rest we finished the climb and reached the outlook just below the summit where we had better views than I remembered across the valley to Webster Cliff and to the Presidentials covered in snow (right) and down the Saco valley (below left). 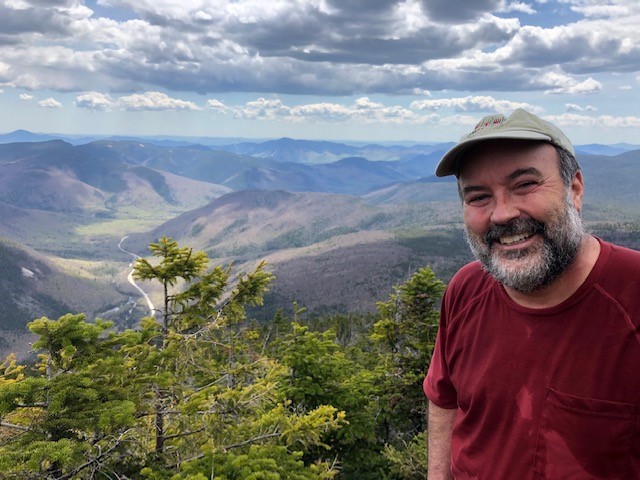 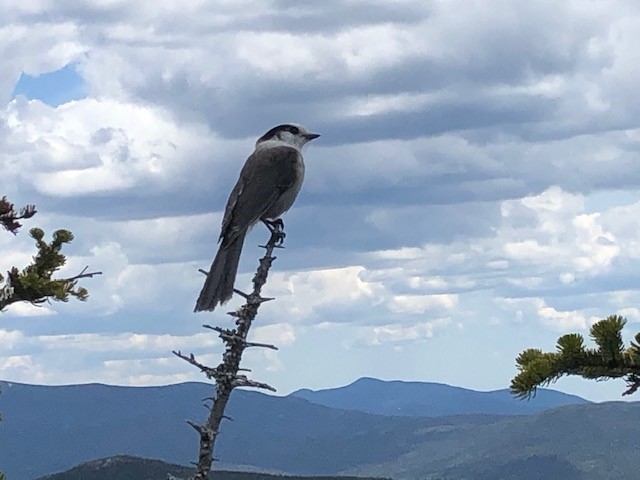 A pair of grey jays showed up (right). I love grey jays because they are so cute, friendly, and will eat right out of your hand. This time though they were kind of shy, and it took some coaxing to get one to eat a morsel out of my hand. Peter speculated that this was early in the season and they were not used to humans yet. I have also observed that they are most energetic at going for food in the fall, when they have to stash reserves for winter. 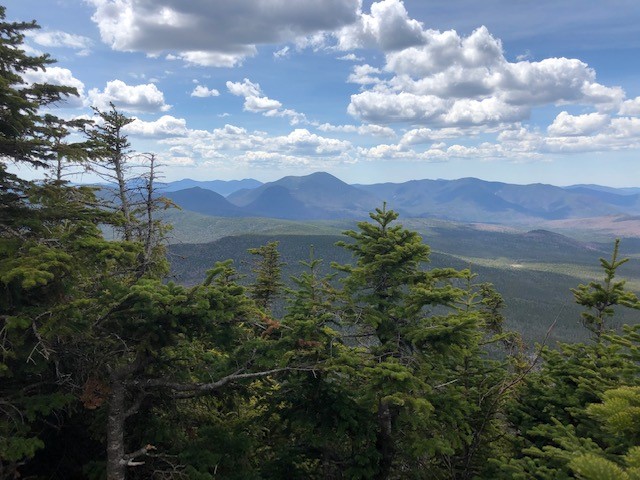 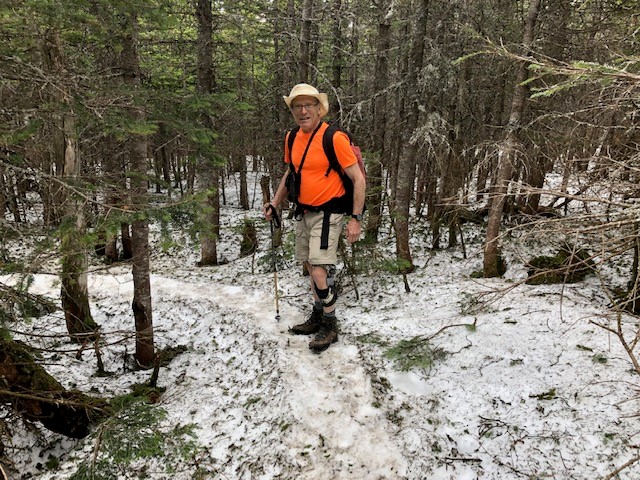 We rounded the Willey summit for a view on the other side towards the Pemi Wilderness and Mt. Carrigain (left) and continued to Mt. Field. Until now we had hardly seen any snow (and good thing too, because the climb up Willey would have been really tough) but as soon as we got into the other side of Willey we found solid snow (right) that would stay with us all the way to Mt. Tom. It was not bad for walking as long as we stayed on the packed monorail. 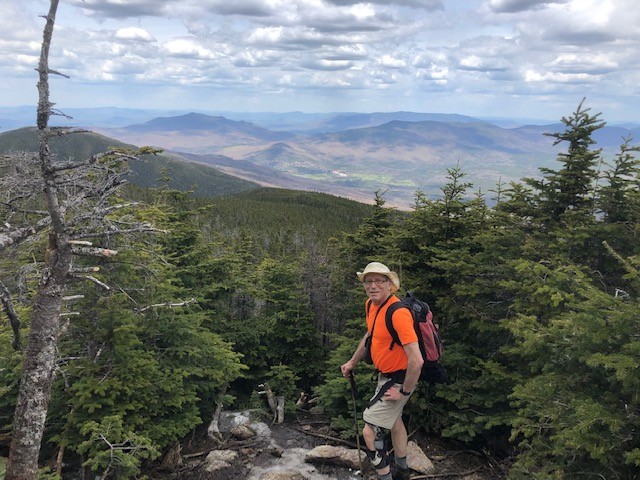 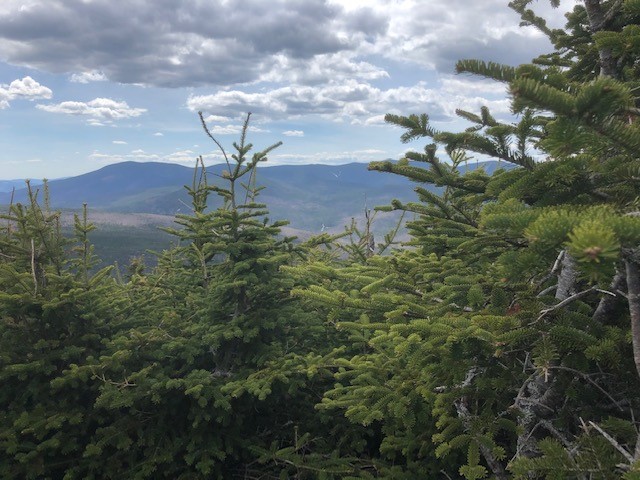 We hiked easily to Mt. Field, where there is an outlook to Bretton Woods (left) and felt energetic enough to push on to Mt. Tom. Mt. Tom used to have views until about ten years ago but now the trees have grown in and there is hardly anything to be seen. By climbing on top of a branch across the summit area I was able to see Zealand Falls, the hut, and the background to the Bonds (right). 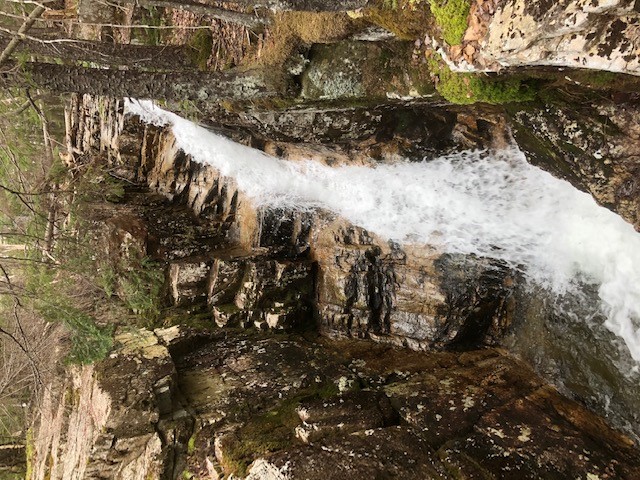 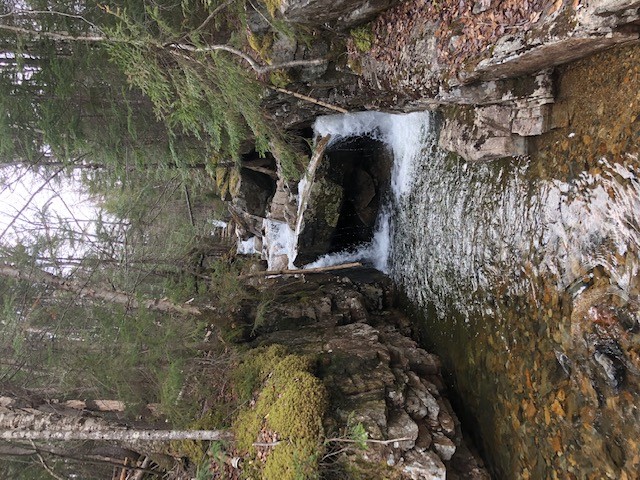 From there we went back down the A-to-Z and Avalon trails to Crawford Station, where we had spotted a car. The snow stayed with us on the trail down to 3,000 feet. From the Avalon Trail we detoured to a nameless cascade full of water (left) and continued to bushwhack down along Avalon Brook until we reached the Cascade Loop and Pearl Cascade (right). From there it was half a mile back to the car.